Save Room is a cute puzzler for Resident Evil lovers

If you wanted the answer to the question: What if the Resident Evil 4 inventory management system was a puzzle game? The answer is right here, in cute puzzler Save Room.

It released earlier this year, but now has found a home on Switch, where it might be at its most accessible and relevant, with a simple premise that is designed for a quick session during a commute to work or in-between match queues on another console.

If you’ve played a Resident Evil before, you’ll understand the style immediately, as you move items in your inventory into multiple different Tetris-like formations to make them fit. Combining ammunition together helps to make space, as does putting ammo in guns or combining herbs. If you’re not familiar with these items from previous Resi games, don’t stress, because the handy descriptions of each item explain what they can be combined with or how they can be used anyway.

The soundtrack is basic and ominous, and the art style will be instantly familiar for fans of the legendary horror series; the puzzles are rarely super challenging, but I did get a kick out of figuring out which items to use promptly to regain health, making space for others, and as a Resi fan myself, it all has an irreverent tongue-in-cheek vibe that kept me engaged across the 40 levels. 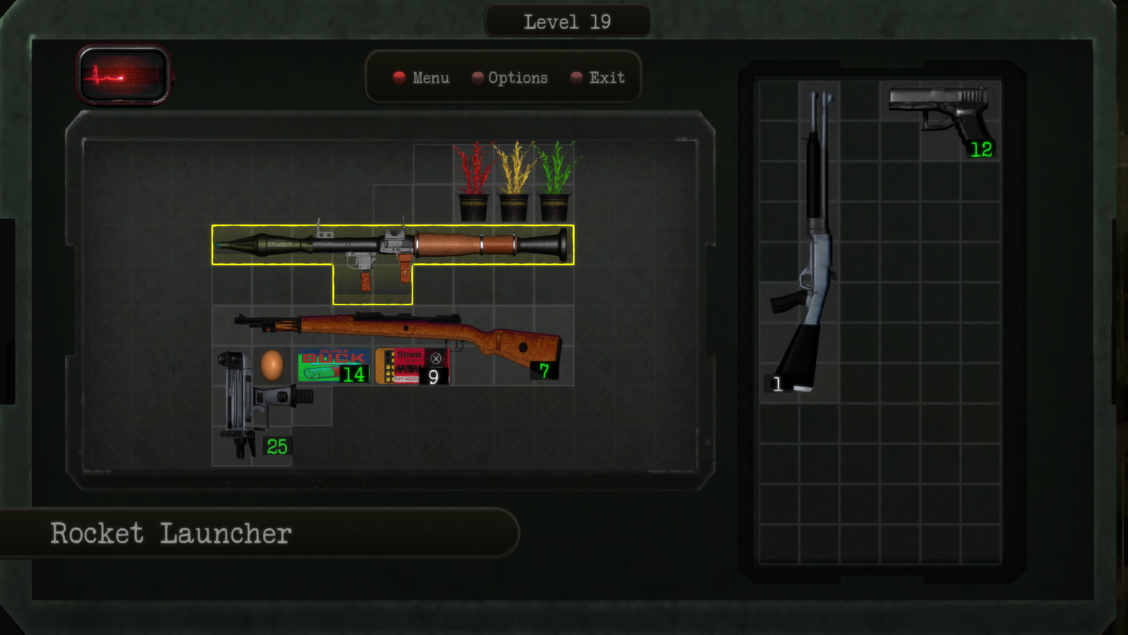 And that is where the largest criticism for Save Room comes into play; there are only 40 levels, and the experience is done. They’re not crazy-challenging, but those levels should only take the average player an hour or two to complete, and that’s all there is to it. For $7.99 AUD, that might not seem like a lot, but the throwback nature of the visuals and audio make up for its short runtime.

If you’re after a simple-yet-satisfying puzzler for your handheld, Save Room fits the bill; for Resident Evil fans, the hit of nostalgia makes it a lot more palatable as a cute distraction.

Save Room is available now on Switch, PS4, PS5, Xbox One, Xbox Series X|S and PC.