When I found out that my first review would be Digimon Story: Cyber Sleuth for the PS4, I was super excited! Digimon was a massive part of my childhood, so what’s not to be excited about? Now, without being very familiar with the Digimon game series, I went into this with a fresh outlook and ready for my childhood to flow back to me in glorious waves of Nostalgia because who doesn’t love to be reminded of a time full of cute characters instead of acute debt?

In Digimon Story: Cyber Sleuth, you play as teenager who is basically addicted to the internet, in fact it seems like everyone is… which is kind of a neat commentary on what is occurring in the world today. Logging in online to chatrooms and virtual reality forums are a part of everyday life. Half of the game takes place in the real world, the other half in a futuristic online program that allows you to walk around in cyber space as your own avatar. You then pick your start Digimon and all of a sudden, you’re a hacker!

After a few Digimon battles and a lot of dialogue, and I mean A LOT you’re approached by the head of a detective agency and now you’re a cyber detective.. Keeping up?

Digimon Story: Cyber Sleuth seems like it can’t decide whether or not it wants to be a turn based JRPG or a hypercolour’d ultramodern film noir detective story. Every now and then there are glimpses of grimness in the story, but that’s soon removed from your memory with the over the top cheerful dialogue and tacky, tacky jokes. In the detective agency you are given cases that you must solve by jumping into cyberspace and interrogating other users and hackers for answers, these usually end in a mini boss battle with a hacker or a Digimon that has been causing mischief to wreak havoc on computer programs or electrical devices in the real world. The cases often involve running through very linear dungeons, fighting through very easy random encounters with Digimon or questioning people in the real world. Once solved you go back to the agency and turn in your cases for cash rewards and that tasty tasty XP! Which helps you level up as a cyber sleuth, which in turn gives you more hacking abilities.. Which basically just lets you open more locked doors. 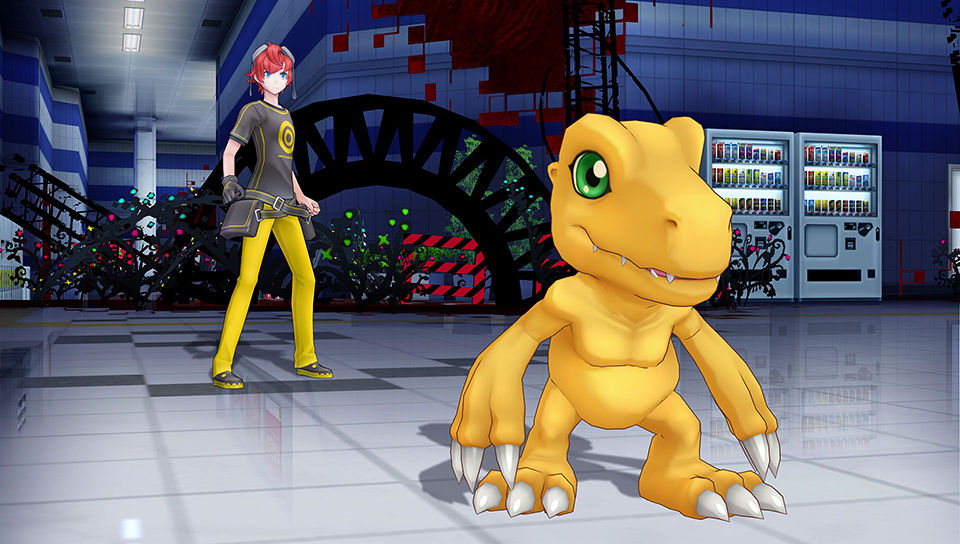 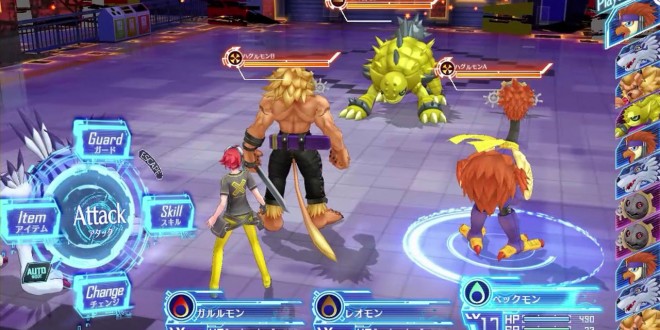 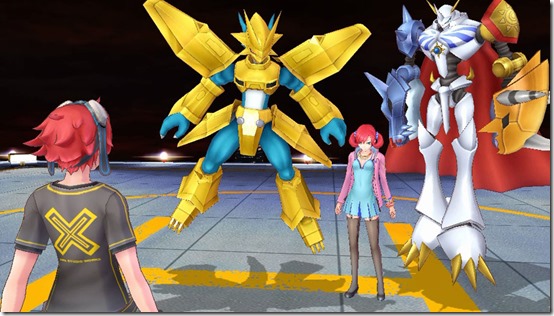 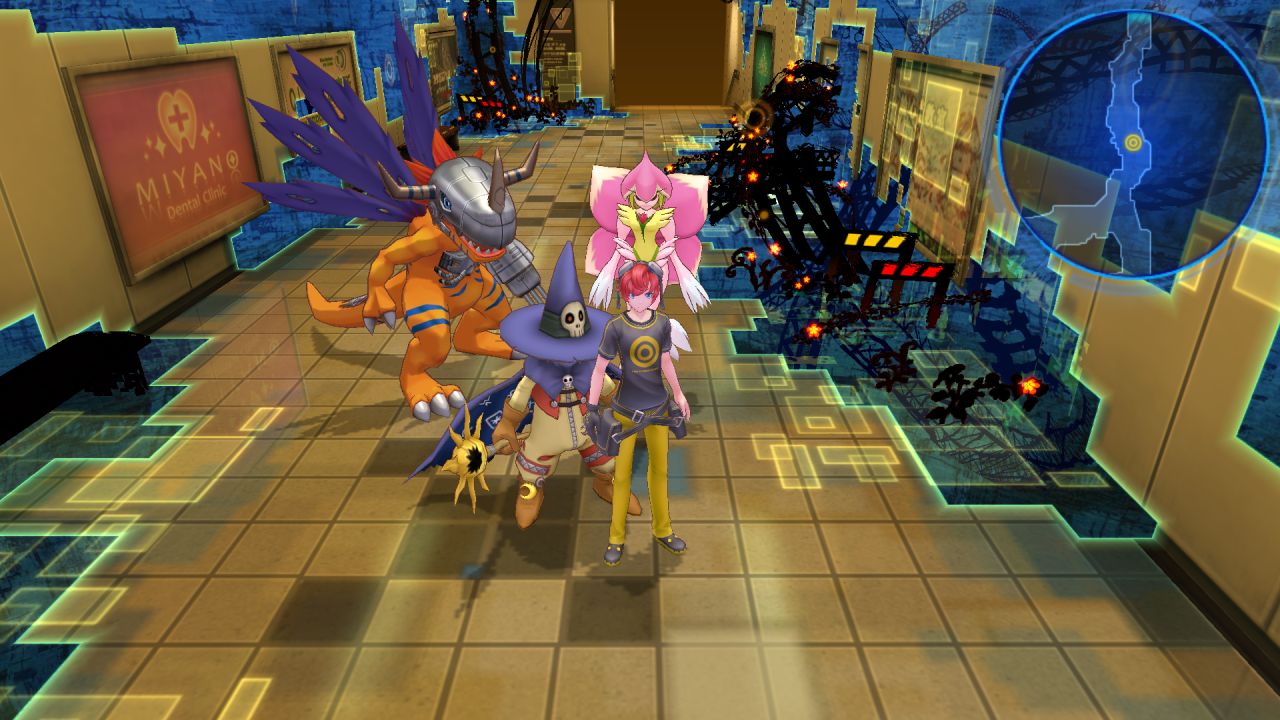 Digimon Story, really does lack in a good and engaging story line, and for a game with a title where STORY is the second word, that just seems a bit… wrong?
Apart from the lack in story, the game also likes to take about an hour and a half to explain every single little bit about what you can do in the game before letting you jump into what little action there is. The Digimon battles are too infrequent and are too repetitive and predictable. One this game does really lack, which I think in 2016 is – or at least should be unacceptable by now is having no auto save function, which I learned the hard way. Hooray.

Digimon has a lot of great features though, as I hoped, lots of nostalgia, with some of your favourite Digimon making an appearance, like Agumon, Greymon and Angemon just to name a few, out of the massive roster of 240 Digimon.

The game looks great too, lots of hyperactive colours flashing everywhere and some neat shading. There is also a few sort of minigames within, like battle tournament arenas and medal collecting, and I found it very hard to not get stuck in a web of digivolving and de-evolving all my favorite Digimon, to see which new ones I could get to battle alongside me.

All in all, I found Digimon story: Cyber Sleauth full of cute critters that made me wish they were real, but left me feeling underwhelmed from a lack of Digimon battles and a disappointing lack of storyline in which you would generally expect from a JRPG.