Etrian Odyssey 2 Untold: the Fafnir Knight. A long name, even longer game but just as much fun packed into every crevice of this dungeon crawling game. The Fafnir knight brings us back to the roots of RPG gaming and everything I love about the genre. It’s vast, customizable and surprisingly for it’s type, repayable.

This first person turn based dungeon crawler is an inviting game for those who are new to the RPG world, though still keeping up to the lovable standards long time RPG players hold. While being great for first time RPGers, it should also be mentioned that this game is not easy, and you will often find yourself challenged by monsters you cannot easily face. It should also be mentioned that patience is a must for this game, fighting and movement is very paced so don’t expect to get anywhere too fast. It is the perfect game to relax and sit back with a cuppa on a breezy Sunday afternoon.

Though The Fafnir Knight is essentially a rehash of Etrian Odyssey 2: Heroes of Laggards, it has bought in another playable mode into the mix, so we have Classic RPG mode, and then the new Story mode

Classic Mode is your general RPG mode, you have a choice of selecting your characters to form a guild, choosing classes and names, and customizing to your hearts content. It follows the same story line as Heroes of Laggard did, Where the Duke of the grand duchy of High Laggard is recruiting adventurers to explore the Yggdrasil Labyrinth to discover the path to a mysterious floating castle hiding high among the clouds above.

Story Mode however runs a different story line, where we follow our unnamed protagonist and his friend Flavio, who have been hired to escort the Princess of Caledonia to mystical ruins to perform a ritual. They then team up with two other adventurers to work together to discover the mysteries of the Fafnir Knight. While the dialogue scenes can be a bit long winded in story mode, the actual story line is quite substantial, and a great hook for those first time players.

Battling is your typical turn based combat setup, with lots of choice to customize attack and plenty of time to strategize. The monsters you battle against are some of the most unique I have every come across, with ranging abilities and diverse design, it is the perfect addition to an already splendid game. 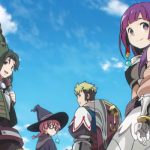 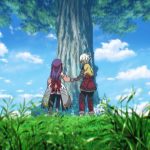 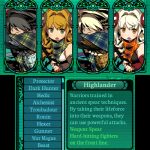 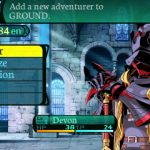 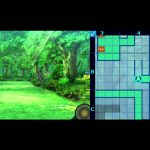 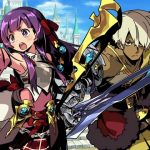 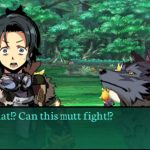 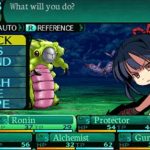 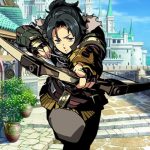 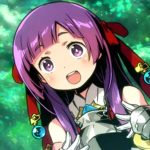 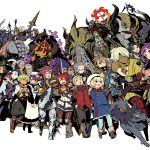 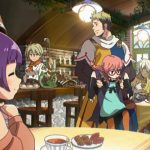 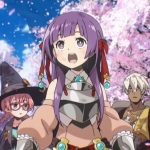 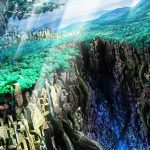 Character design and art styles in both modes are soft and anime like, while the floor and maze designs are crisp and beautiful, add in a nostalgic and adventurous soundtrack and they all complement each other perfectly. One thing this game brings in from previous Etrian titles is the mapping feature. It is the ultimate tool for every explorer to have whether new or old. Essentially, as you explore each dungeon, you map out you’re path as you go, using mapping tools and icons to do so. While it is not necessary to use the mapping feature, aside from at the beginning of the game, it IS highly recommended to do so, as exploring the twisting labyrinths can throw off your sense of direction easily and cause you to lose sight of your exits, cursing you to wander the maze forever more.

I really enjoyed this game, and as a creative type I absolutely loved the grid mapping feature it presented, though at first I was wary of the lack of explanation on how to actually map things accurately, I soon discovered this game did so with a reason, to give the player the freedom to create a map however they pleased, to immerse themselves and not just play the game, but BECOME the adventurer. And with 50+ hours of game play at your disposal, this is one journey you do not want to miss out on.