For those of you who have not been briefed; a recap: XCOM 2 is the highly anticipated direct sequel to the 2012 game of the year ‘XCOM: Enemy Unknown’ a sci-fi turn based strategy epic, that spawned an expansion ‘Enemy Within’ as well as a better left unmentioned prequel: The Bureau.  Although these previous titles were available across the range of previous consoles, XCOM 2 is an exclusively PC affair, in a move slightly at odds with most other major release titles.

Taking charge of a clandestine international para-military organisation, it was your mission to hold back an alien incursion, as Earth’s last line of defense. And while spoilers are something to avoided here…. Well *Spoiler Alert* you failed. While the end of the previous title had you successfully defend earth and destroy the alien enemy, it is all those games where you didn’t; your backing countries having abandoned you, and your squad merely cannon fodder, that proved to be the true account of this mission.

In the XCOM universe you are the commander. The year 2035. 20 years have passed since the events of XCOM: Enemy Unknown, and the aliens have settled quite nicely into their new Earth home. But all is not lost. Out of the ashes, the phoenix of a squad rises, and the XCOM project is born again.

New players may find themselves overwhelmed when first thrown into battle. While XCOM 2 uses the opening skirmish as a tutorial to show you the ropes, not to mention to the concept of ‘acceptable casualties’, it’s the finer, often unexplained details that give this game it’s real grit, and in this the learning curve for new comers is steep. 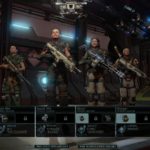 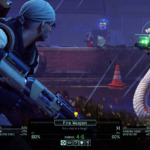 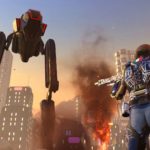 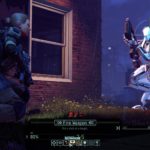 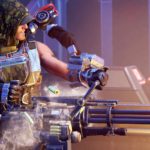 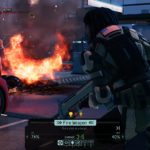 “the kind of game that makes people ask ‘what ever happened to that guy?'”

But experienced XCOM players best not rest on their laurels, as I soon discovered. While this may look and feel like the game we’ve come to know and love, the times have changed, and with it, so has the battlefield. The enemy has evolved, so to must we, and with it develop a whole new arsenal of tactics. The maps are broader and more diverse, the terrain highly destructible, and the enemy AI annoyingly coordinated. Squad classes have been improved, and with the option of less direct incursions such as concealment and hacking, the direct approach is no longer always the best one.

Now I will happily sit here and gush about the wonders of what has to be one of my favourite game series of all time, so it’s important that I approached this with a critical eye. And as less than flawless presentation appears to be a hallmark of all my favour games, XCOM 2 is no exception.

Graphically XCOM 2 is a major step up from its predecessor, and on first play through these wonderfully rendered cut scenes and quick time events are immersive and glorious. But they get old, and come at quite the performance cost. While my gaming rig meets the recommended system requirements and is capable of rendering the game in high quality, I quickly found my system groaning under the pressure, and had to lower the game settings in order to maintain smooth game play. And this isn’t the kind of game you play for an hour of time, rather the kind of game that makes people ask “what ever happened to that guy?” as you disappear from society and most none critical activities. 2K, the publishers of XCOM 2 have acknowledged this, and say patches are in the works to address these issues.

Secondly, XCOM 2 may start out simple enough for experienced players, but like any fun date what starts out easy, soon gets hard. Now I will confess, I am save scum; that is the kind of person who will happily reload a mission repeatedly in order to produce the best outcome. And while this practise is legitimately frowned upon, it is arguably unavoidable, at least early on, as ‘acceptable casualties’ soon become a decimated battlefield and you are forced to try a different tactic.

Despite this, the drive to keep fighting on remains strong, aided by the wonderfully diverse and customizable squad of soldiers. Don’t expect to find your standard line up of white male American grunts here. The highly internationalized line up of recruits, in which many will be pleased to see that female soldiers are equally represented in terms of attractiveness and armour styling to their male counterparts, have the option of a range of accents and languages, including multiple versions of the Australian accent, and the option to speak in game in their native language, helping to drive the tone of this game.

While not for everyone, XCOM 2 is a perfect representation of what strategic gaming should be, and for those committed to the cause, a highly rewarding game experience.