Mr Hercule Poirot. Many of you may be familiar with this fastidious Belgian, brought wonderfully to life by David Suchet in the long running British ITV series ‘Agatha Christie’s Poirot’. And this familiarity will serve you well, as ‘The ABC Murders’ focuses primarily on the modus operandi of the sleuth, rather than actual mystery solving. Throughout the game players must observe crime scenes, question suspects and solves puzzles; all with Poirot-ian flair, using their ‘little grey cells’ as they attempt to catch the serial killer that has been taunting the P.I.

“We’re chasing a serial killer across England, do we really think the butler did it? “

Usually when reviewing a game I like to take a holistic approach, rather than nit-picking or compartmentalizing a game, but in this case I feel a divide must be made between story and game elements in order to fairly represent each. 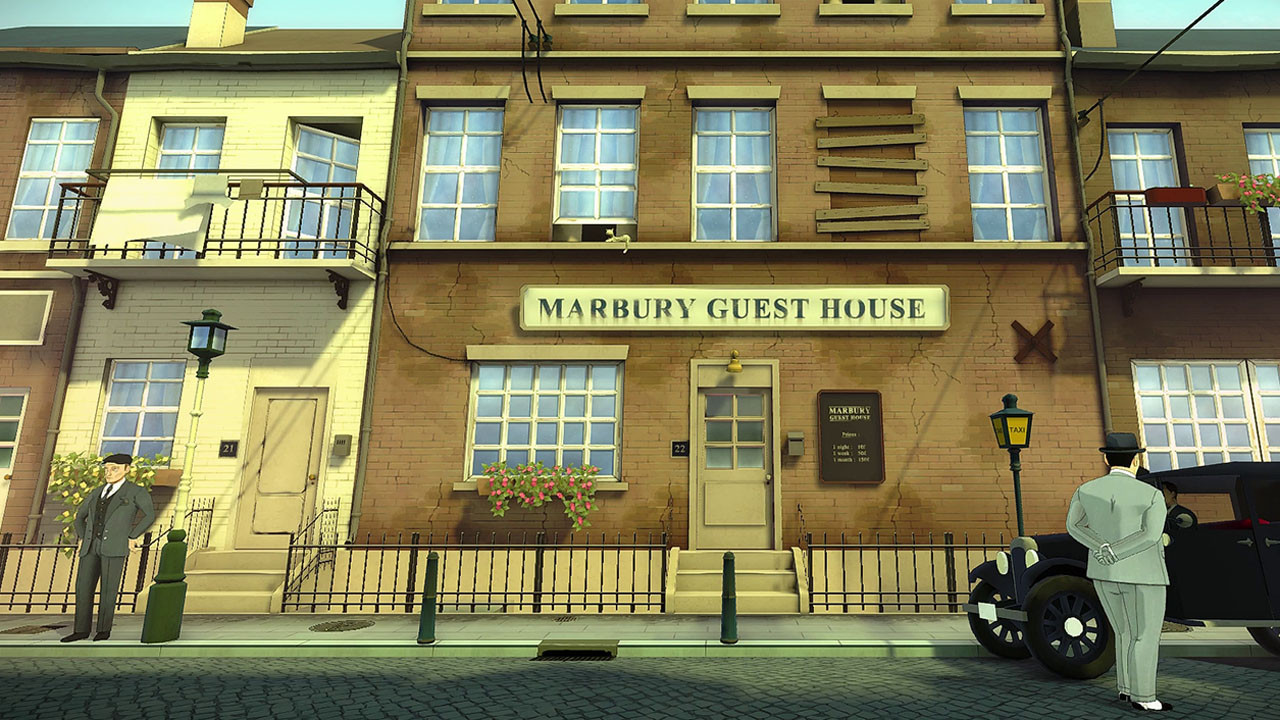 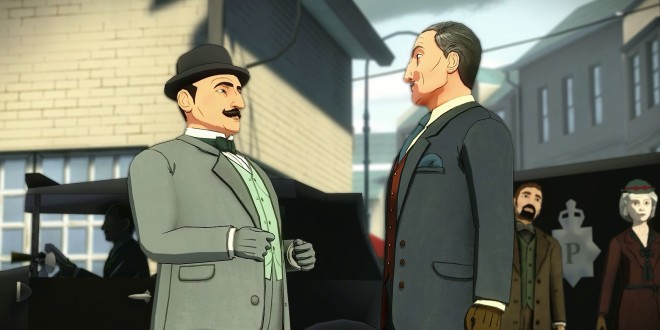 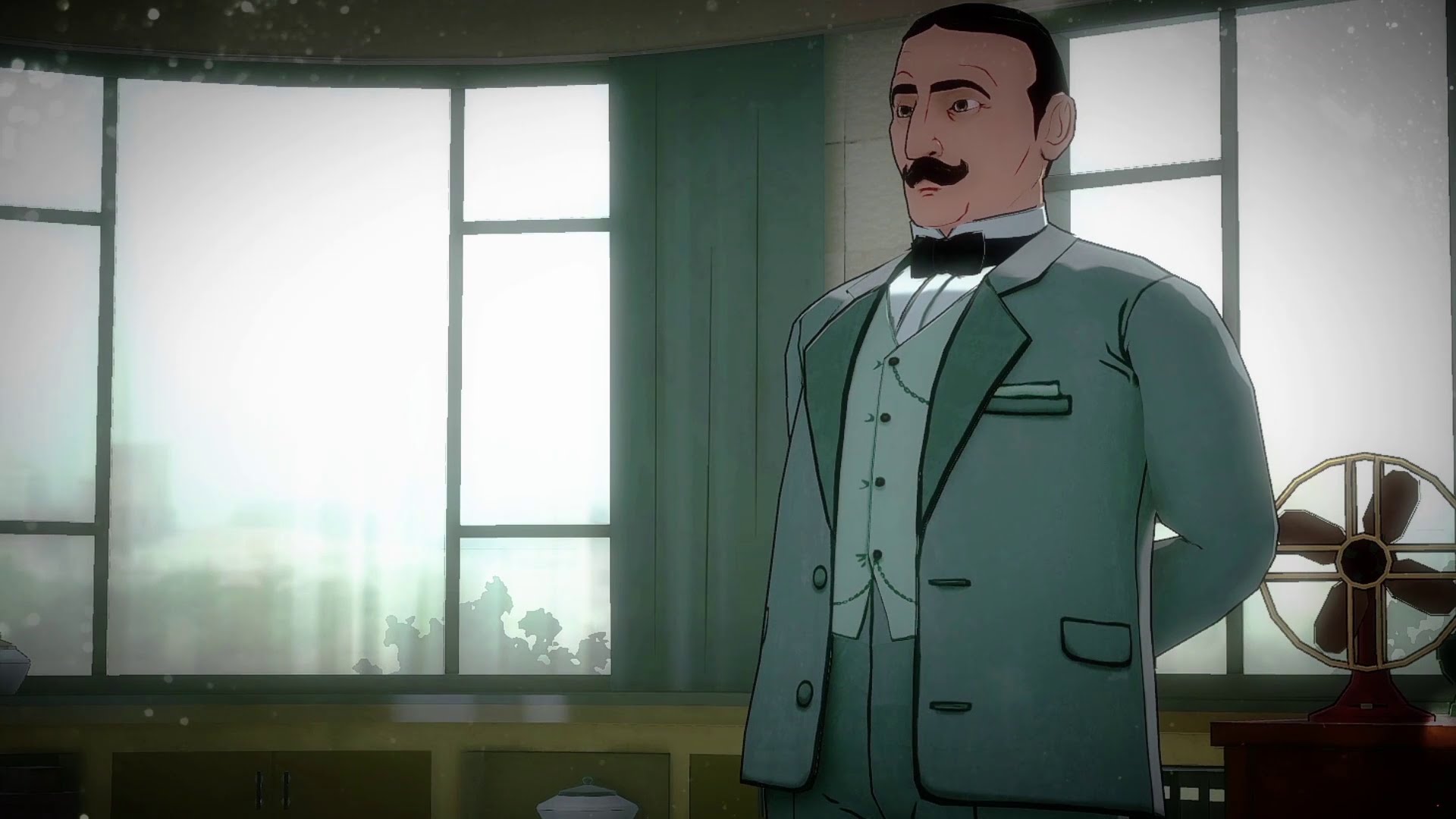 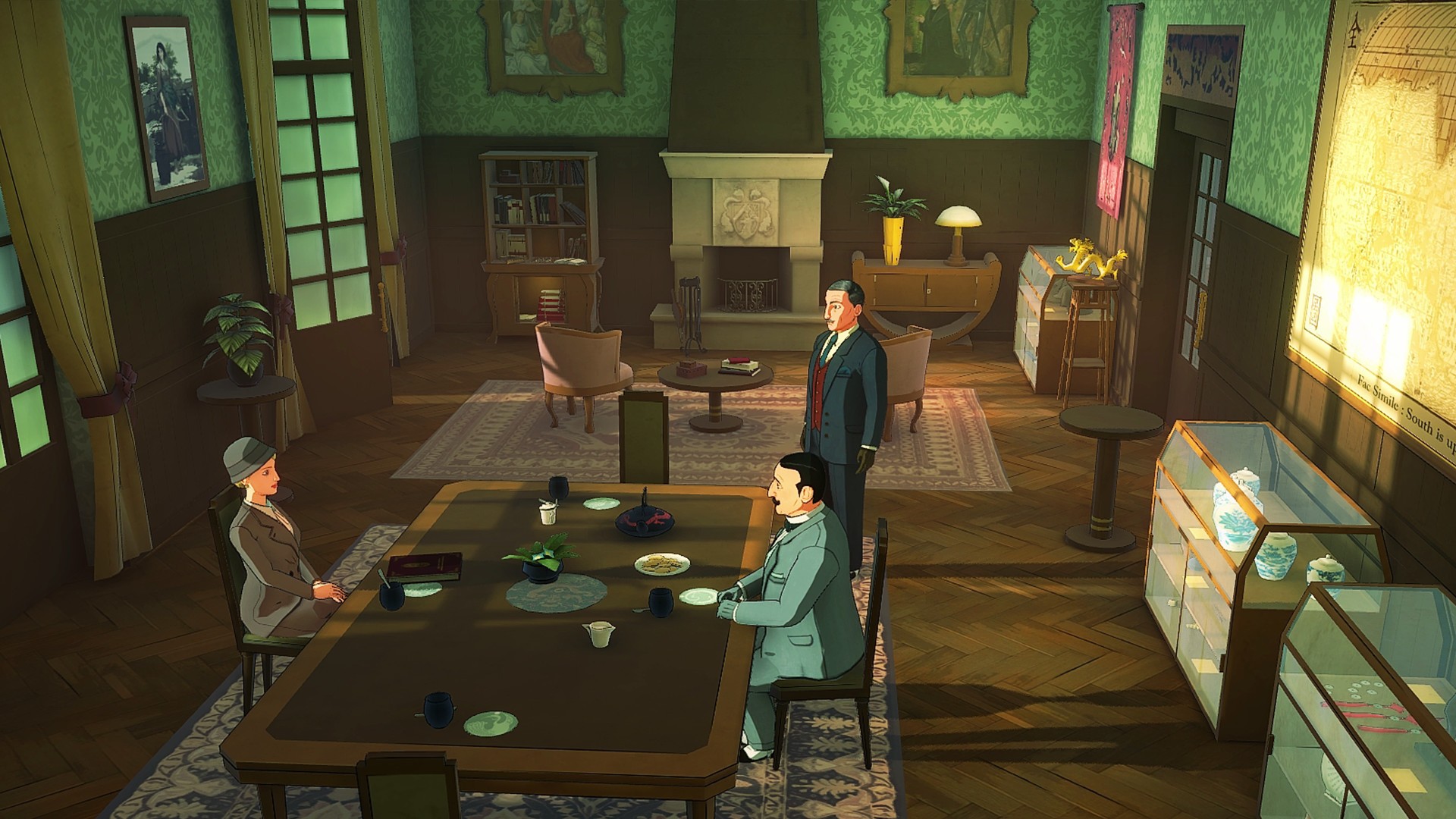 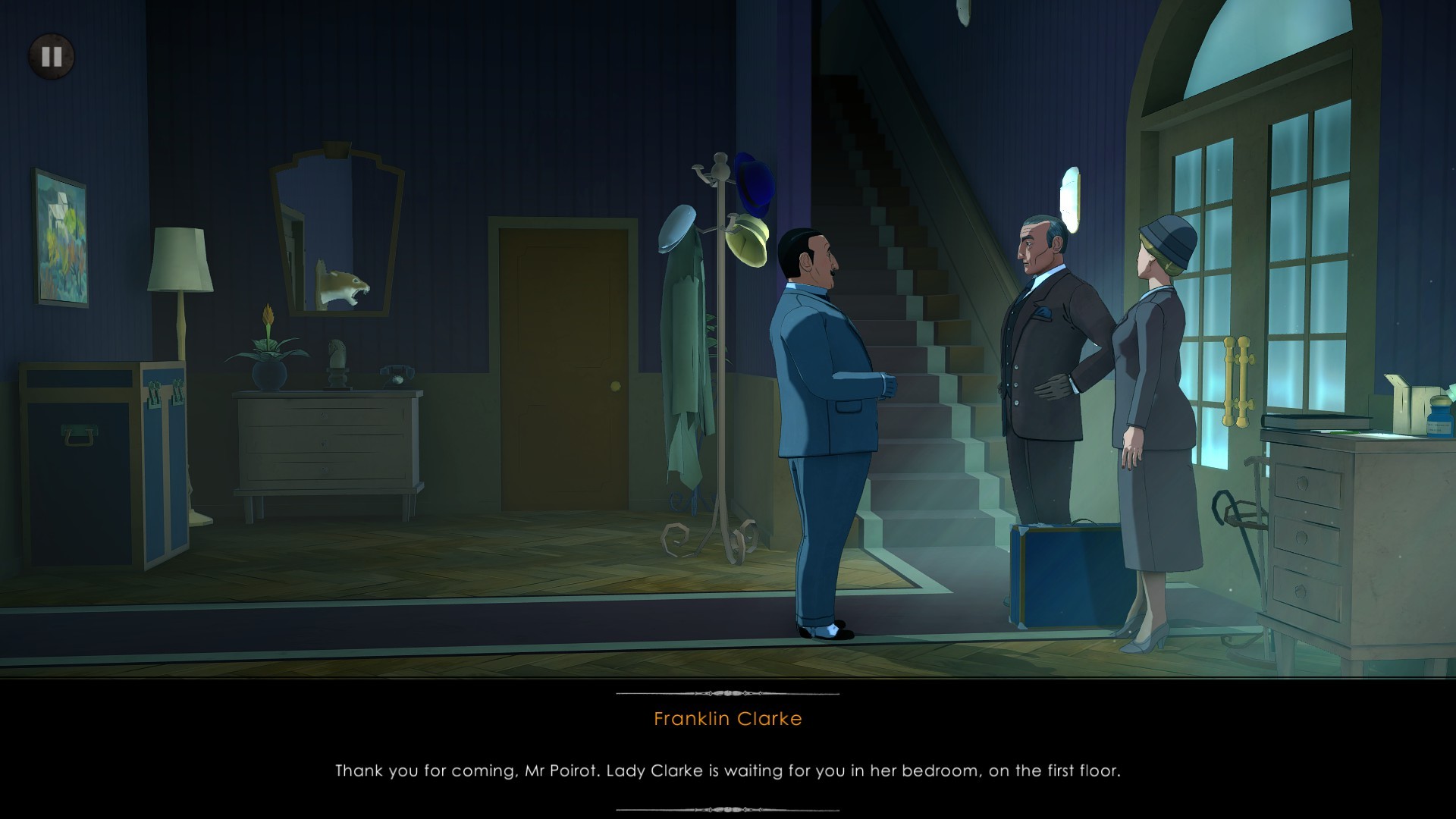 The story, lifted directly from the Agatha Christie novel of the same name, has been artfully recreated. Taking the painted cell styling similar to the Telltale series of games and adding its own 1930s flair; culminating in tableaux’s reminiscent of ads the likes of Coleman’s and Whitman’s  from the era. While perhaps not as immersive as photo-realistic mystery games such as L.A. Noire, it certainly sets the scene of this classic narrative, which is brought to life in an engaging script and with solid voice acting. But that’s just it, it is the classic narrative down to a T, and anyone already familiar with the tale will find little in the way of twists or variation.

The interactive game elements however, are another matter. I played this title on the Xbox One, and will say from the outset that I have never enjoyed point and click functions when using a console controller, and this game is no exception. Moving around the individual room size environments felt clunky, especially when little effort needs to be made to identify the glaringly obvious elements that need to be inspected. With only a single difficulty setting that is clearly designed to be, let’s say, accessible. This is not a game for those seeking a challenge. Some pause may be found when tackling the puzzles in the game, generally presented in the form of a puzzle box or cabinet, but what first begins as an ‘ah that’s clever’ and ‘why don’t they make things like this anymore’ soon degrades into ‘what, did everyone in the 30’s own puzzle boxes? These people clearly had too much time on their hands!’.

Whether this will be a one-off, or the beginning of a series of classic short stories is yet to be seen, though I do hope that while the storytelling and artistic style is retained, the developers engage their ‘little grey cells’ and rework the interactive elements in future titles. There is also the question of why the lovably imperious detective, whom at a glance can identify the work of the serial killer would be bothering to question some of the supposed suspects. We’re chasing a serial killer across England, do we really think the butler did it?

Overall personally I found ‘the ABC murders’ more akin to an educational game. Harking to a time when developers were still getting their feet in how to turn narrative into interactive ‘teachable moments’, rather than an engaging mystery. For die-hard Agatha Christie fans looking for a new way to experience the source material, the appeal is certainly present, and may provide panacea to chaos of the modern world.