Arslan: The Warriors of Legend

Arslan The Warriors of legend is a new title from Koei Techmo quite in the vein of Dynasty Warriors, which I haven’t actually played myself, but luckily I have my Friend Joel here to fill in the gaps as someone familiar with the genre

You’re not wrong in saying that it’s similar to Dynasty/Samurai Warriors, which were also developed by Omega Force and published by Koei Techmo. The gameplay and graphic layout are quite similar, following the format of the action hack-n-slash war layout that you find in the other titles. – J

The combat in Arslan really fell between two distinct modes, horseback and on-foot. Horseback was by far the more enjoyable way to play for me; galloping around, knocking people over, combined with the epic 1000+ man charge attacks definitely gave the feeling of power.

You can tell that the developer wanted to include more Horseback content than their other titles, which fit the storyline surrounding the cavalry based kingdom and its people.  It did feel pretty good generating those combos, but unfortunately the ground combat felt a little unpolished and unresponsive, and I wish they’d spent a bit more time polishing it – especially seeing as there were entire sections of levels where Horseback gameplay wasn’t an option. – J

A point of contention for me was the effort that Koei Techmo has put into the aesthetics of the title; this certainly didn’t look or feel like a 2016 game. The vast majority of foot soldiers were copy-paste replicas of each other and polygons were low detail, the textures low res and it was desperately screaming out for some anti-aliasing; which I would have thought wouldn’t be too much to ask for due to the low intensity of the rest of the resources.

I mean, the repeated fodder-soldiers is almost a staple of the developers so it didn’t really bother me, but my biggest issues with the graphics; were definitely with the pixilation and anti-aliasing too.  It was a shame because it distracted from the beautiful anime-esque cell shaded look which made it stand out from Dynasty and Samurai Warriors.  This was more evident when they kept swapping from in-engine cut-scenes to pre-rendered anime fillers; which made up most of the story elements. – J 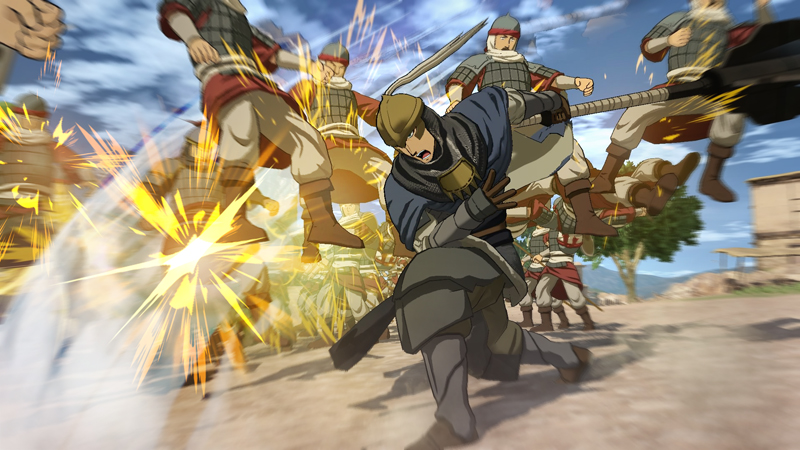 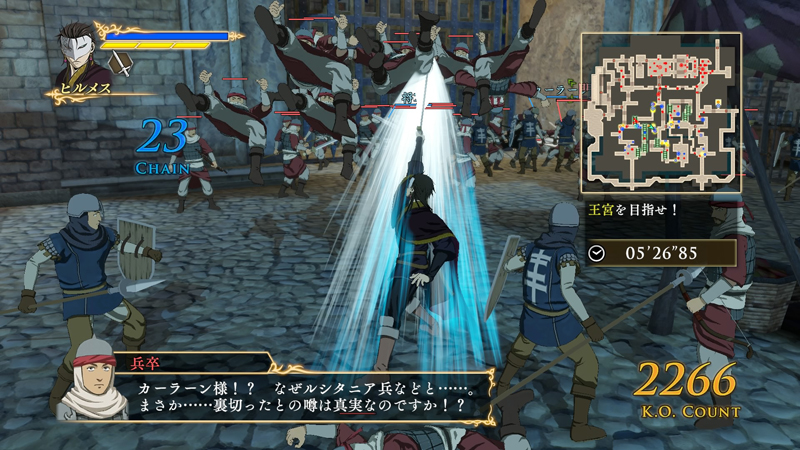 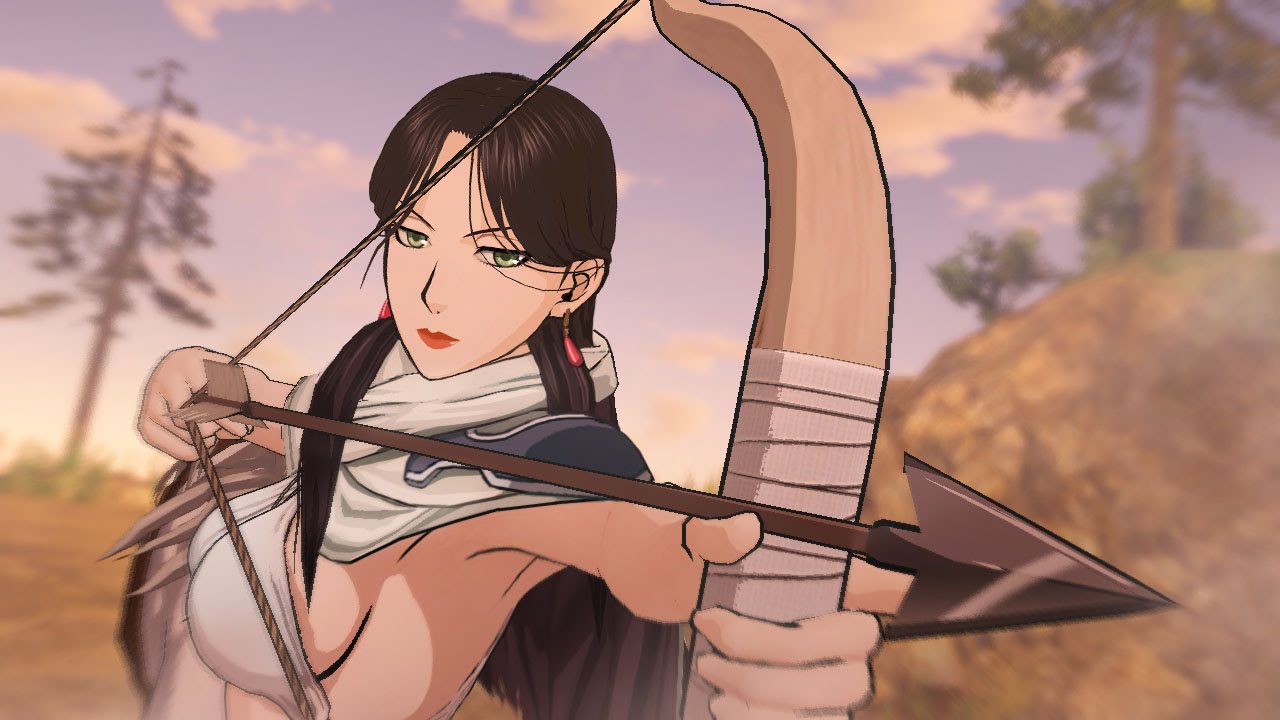 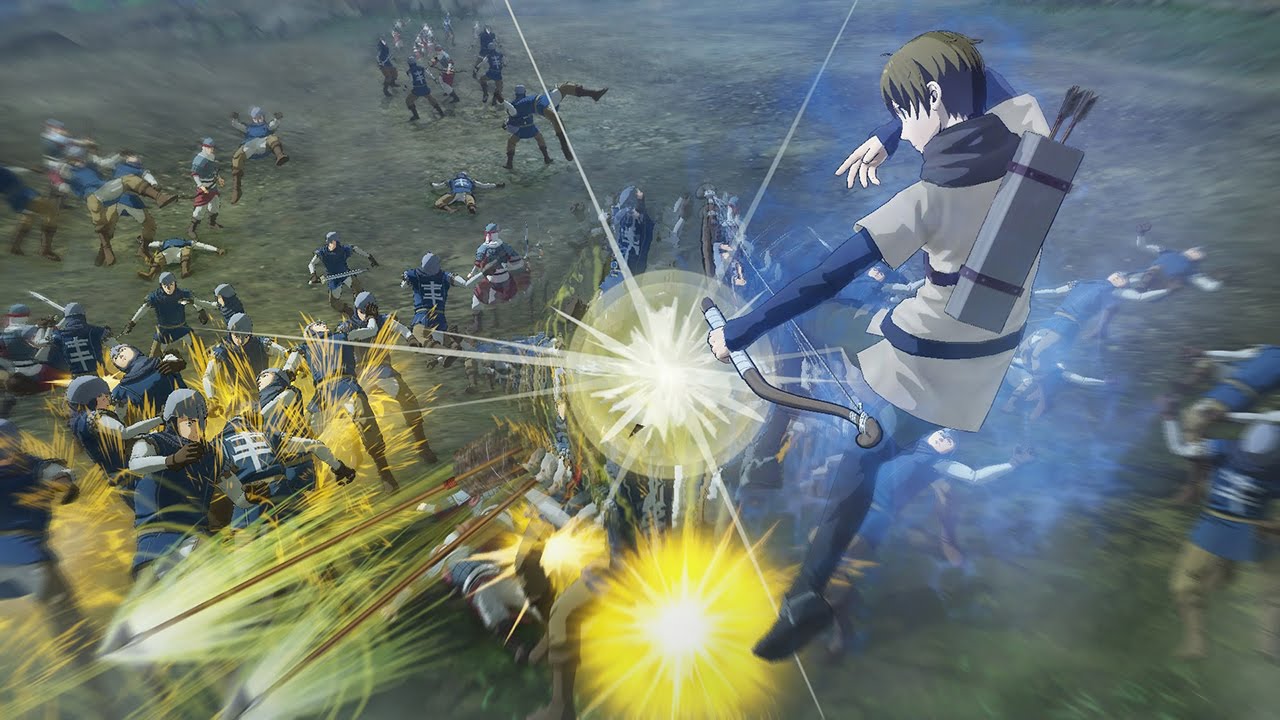 The story is presented in anime style cut-scenes, giving the player the feeling that they’re playing out the plot of an Anime rather than playing a game. Personally I felt that the sequences were often far too long and uninteresting for their frequency and the lack of English dubbing made the conversation sequences that occurred during combat a challenge as a non-Japanese speaker.

I found myself skipping cut-scenes constantly, as they were too long and took away from the gameplay. And I normally am all about the story elements in games. I wish they opted for more in-engine cut-scenes, as I felt it would have really added to the content and uniformity of the narrative presentation. – J

Arslan The Warriors of legend is an odd sort, I’ve never really played anything like it. It made me feel more like I was playing the action sequences to an Anime rather than a game. While some of the charge sequences in the combat felt great and some of the side upgrade mechanics were interesting and inventive the overall plot failed to grab me and the combat I found too repetitive to keep me very interested.

It definitely has its good points, and anyone who is a fan of the JRPG style of hack-n-slash action gameplay – and anyone who enjoys anime as a passive narrative – will most likely still enjoy it.  As expected, it’s a great game to switch off to in the combat sections, and it was just a shame that the narrative was presented in a non-uniform and long-winded manner. – J