Proving time and time again that the Nintendo 3DS is the home to some of the best JRPGs available today, Bravely Second: End Layer is well refined, exhaustingly beautiful and incredibly smart game. It’s no wonder after the success of the original, Bravely Default, that the plunge has been taken to make this into a fully-fledged franchise. While the core battle mechanics are pretty much a carbon copy from the original and the story will hit some very familiar beats from the genre, that doesn’t take away too much from the fact that this is a solid and addictive experience that is very hard to put down once you get started.

Firstly, if you’re interested in playing the original Bravely Default, I recommend that you go back and do so before getting stuck into Bravely Second. This is a direct sequel featuring some of the same characters, and having an understanding of who they are and the relationships they share with one another will greatly enhance your experience. On that level, I can see newcomers to the series feeling a little bit overwhelmed by the backstory and the references to past events, but at least the main protagonist is new along with some other new and memorable characters as well.

The actual premise is a little bit weak, heading down a path of ‘saving the princess’ as Agnes has been kidnapped by some evildoers. It’s a very traditional setup so it’s advantageous that the rest of the game has been so well constructed which brings things to another level. As I said earlier, the combat remains largely unchanged, featuring the Brave/Default system, whereby you can choose to defend and do nothing on a turn, building up your BP. You can do this for three turns, which would then allow you to unleash four attacks in a row on an enemy. You can choose to use Brave in advance before you Default, but doing so leaves you vulnerable to attacks without defence if the foe survives. It’s a fantastic system, and it adds layers upon layers of strategy to battles, especially some of the bosses that definitely require tactical thinking.

“…the visual style and overall quality of the production is unrivaled on the 3DS.”

Bravely Second: End Layer also features a job system, with 30 different jobs that you collect throughout, which directly impacts your fighting style, the types of abilities you can use and the gear that should be chosen to equip. They range from your basics like Wizard, Swordmaster and Monk, but there are some weird ones in the mix such as Catmancer, Exorcist and even Patissier. Yes, that one can make desserts that can be fed to enemies to cause damage and other lasting effects like Poison. Mixing and matching the jobs with your party of four is half of the fun, as you try and find a combination that will be effective but also entertaining. 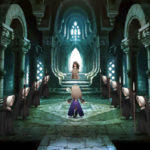 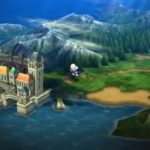 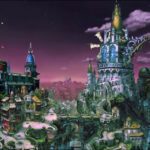 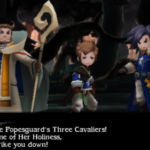 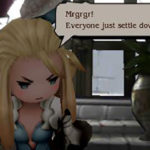 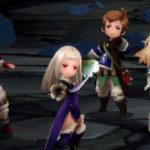 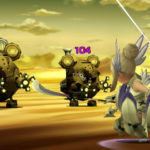 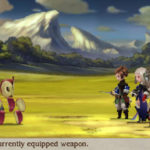 The downside is that jobs need to be levelled up individually while you’re using them, which means some jobs that you acquire later on will guarantee that you need to do some grinding so that you can make the most out of their abilities. It would have been nice if this were streamlined in some other way, because it can be tedious and sometimes had me reverting to the jobs I got early as they were already more reliable and powerful by comparison.

Bravely Second may feel like a very traditional JRPG, but the visual style and overall quality of the production is unrivaled on the 3DS. The towns and dungeons are truly gorgeous. I don’t normally gush over the graphics of a game that much nowadays, but wow, the style often looks like it has been hand-painted, with your character moving swiftly through the glorious set pieces. I lost count of the number of times I had to stop playing just so I could show somebody how beautiful it is. It’s also the first game in a long time that actually had me enjoying the 3D function of the 3DS. Turning the 3D on makes things even more breathtaking and locations have been designed to take full advantage, which is impressive, and it had me excited every time I entered a new area.

Bravely Second: End Layer is a worthy sequel and a fantastic adventure, even though it doesn’t change much from the formula of the original. I guess the old phrase comes up of ‘if it ain’t broke, don’t fix it’, and with such a strong combat system and clear identity with its art style and characters, I can’t criticize the game for giving me more of the same high quality elements I loved the first time. While the story and characters won’t connect so well for newcomers and levelling your jobs can be a bit of a grind, these are minor quibbles for a fan like me who can’t get enough of the stunning level design and tight combat. This is an incredibly easy recommendation for anybody who owns a Nintendo 3DS.