Gravity Rush Remastered is the PS4 version of the beloved PS Vita game, bought to a bigger screen with more opportunities to send your vertigo into hyper-drive.

This game centers around a mysterious and colossal floating tree like city, where our protagonist Kat has woken up after falling from the sky for what seems like forever, with no memory of where she came, and a strange black space cat beside her, for lack of a better way to describe it. You follow Kat as she tries to defend and make a place for herself in the unknown cluster of cities, while discovering that while this strange space cat is great company, it also gives her unusual powers, and those powers are controlling gravity.

The game brings in an exciting new element of game play for the long time gamers, and for those who have played the PS Vita original, the controls have translated seamlessly over to the PS4. Using the PS4 controller you can control gravity and your direction to “fall” in, and a nice feature is that fall directions and air attacks can be aimed by tilting the controller, and dodging can be done with the swipe pad, adding a whole new layer into the immersion of the game.

After an hour or so of getting frustrated and dizzy trying to battle the enemies of the game called the Nevi, and trying to navigate the vast landscapes, I found it surprisingly easy and natural to use the gravity system, which is saying a lot since I can be quite clumsy when it comes to being on target in gaming. In hindsight, though it may be easy to use the system, it is still challenging as your flight, or “fall” time rather, it dependent on an energy gauge which depletes after a certain amount of time using your powers.

Gravity control will also affect things in your immediate area. I’m pretty sure I have, unwillingly at first, sent countless townsfolk, even children, flying into the abyss below. This accidental murder spree wont phase you or the other citizens at all though, and adding in an overly sensitive collision AI to the mix will give you hours of entertainment while venturing around the city, which you will be doing a lot of. 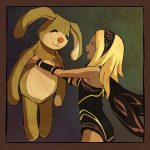 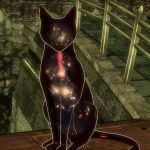 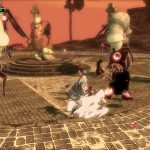 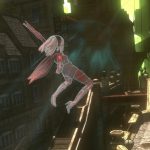 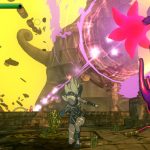 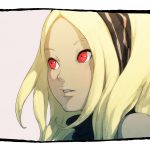 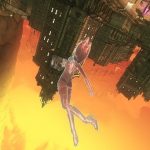 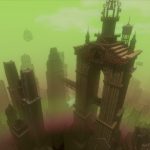 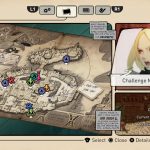 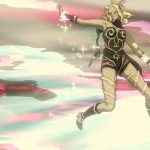 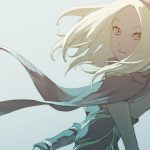 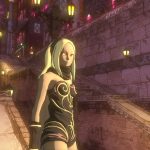 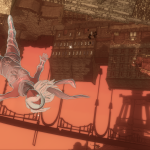 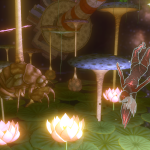 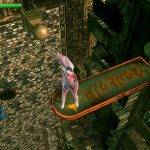 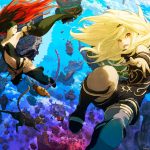 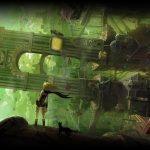 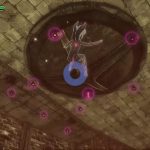 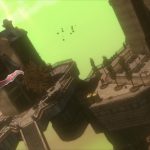 One thing that did get a tad it tedious was gem collecting. There are thousands of purple sacred gems floating throughout the game, and in order to upgrade your moves, energy gauges and skills, you must collect a lot of them. And when I say a lot, I really do mean a LOT. If you want to progress far in the game, gem hunting is a painful necessity.

Aside from the obvious Vita to PS4 control changes, the graphics and definition have been heavily improved. It’s still the same unique cell shaded style as the original, but with a lot of the vague detailing refined, depth extended and overall performance enhanced. The visuals are breathtaking and are sure to have you stopping every five minutes to check out the view. While the game will have you marveling at it’s style and scenery, it will also have you questioning the very fabric of time and reality. The story line is told in an open ended kind of way, leaving a lot of things to be hopefully ventured in later releases. The cut scenes are also done In a very cool comic strip style, really playing to the overall epic story telling vibe of the game.

Gravity rush Remastered is a game I believe that any level of gamer an enjoy, but fair warning, the first few hours of this game will be rocky for some, because with the power of gravity comes a warped sense of what is up and what is down, and I know many of you out there, like me, are slightly terrified of the thought of falling towards the sky. It will take some getting used to before your senses adjust and the absolute majesty of the game shines through. Once you start playing this game, you will be drawn back time and time again, and even gravity won’t be able to stop you!