And so we continue our foray into “Genres Archer has no experience in, but is going to do is best to try and review games from anyway” or GAH-NEI-BIS-GT-DIAR-GRA for short.

Samurai Warriors 4: Empires, is a strategy take on the Samurai Warrior series, which itself is the sister game series to Dynasty Warriors; the major difference between the series is Dynasty being China and Samurai being Japan.

Samurai Warriors 4: Empires takes a major turn to strategy compared to previous titles; while maintaining enjoyable combat and innovating in both the political phases and war phases.

SW4:E, I really need to come up with a shorter way of saying that… Introduces a number of enhancements to it’s combat over the series predecessors.

You’re now able to swap live between which hero you’re controlling across the battlefield; giving you the ability to quickly fight where you’re needed most.

This is done in a split second with no loading and works excellently. During the combat I never felt frustrated with cheap shots from the enemies; if I fell or was hit, it felt as if it was my fault, not because the game pulled a sly move out of it’s ass, which is exactly what I want in a hack and slash title like this.

As well as the combat the “Campaign” runs between a second, political phase. In these sections you’re tasked with managing your officers and making decisions as who would be best of what positions of power to help progress your military might.

This is a fine addition and adds a considerable amount of strategy. The phase is a lot to take in, these is so many things that you have to consider and it well take some getting used to, but it’s worth it as it adds so much extra gameplay and immersion. 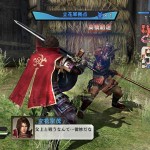 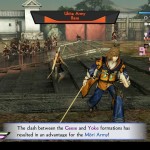 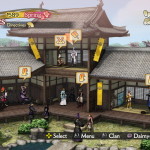 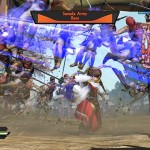 The aesthetics of the title are stupidly nicer than any I’ve seen in the genre, the animations are fast and smooth, I never suffered any fps drops and everything looks great. Joel, who you met last week couldn’t stop commenting about how smooth it looked next to Arslan.

As with Arslan previously, the game lacks English dubbing which, as I don’t really mind becomes an issue in combat sequences do to my focus on the combat I struggle to maintain what I’m doing and read the subtitles and the subs are usually the ones that fall by the way side.

I enjoyed Samurai Warriors 4: Empires; the game play was slick, it looked great and was genuinely fun and challenging to play; that said, if you’re not a fan of strategizing you’ll probably be better with something that isn’t Empires as it’s quite involved when it comes to the political side. Definitely worth it for those who are a fan of the series.