Street Fighter V could very well be the most balanced and competent fighting game that has ever been released. With a new mechanic called the V-system to learn that is easy to grasp initially but tough to master, the series has been refined and refined over the years and feels more fine-tuned than ever, with a cast of characters who all have their merits and drastically different play styles, mixing old favourites with some newbies who have quickly become some of my favourites. Overall as a package, the game is severely lacking in content at this stage, so it can’t be recommended wholeheartedly, but fans will definitely appreciate the nuance on display.

The V-system itself has definitely changed the way you need to play to be effective, and will be a difference-maker when it comes to serious competitive play. Your V-Skill which varies from character to character charges up your V-meter, which can then allow you to use your V-Trigger, which works as either a special attack or a buff that increases damage on your moves depending on who you fight as. The addition is simple enough in theory, but working on when to use these moves is super important and can turn the tide of battle.

“…casual players will find this quite daunting…”

The characters all have strengths and weaknesses as always and learning each of their skill-sets is going to take some time but feels incredibly rewarding. The cast features eight iconic characters like Ryu, Ken, Chun-Li and Zangief, along with four fan favourites and four newcomers.  They’ve done a really fantastic job revamping the older characters to make them all fun and engaging to play as; I never enjoyed playing as Dhalsim at all in previous games, but here I find his slow moving, flying, long-reach play style really interesting. The new characters also hold their own, especially Rashid who has quickly become one of my go-to’s, using wind and mini tornadoes to throw off your opponents game. Everyone truly feels different, which makes up for the fact that there are obvious absences at this stage like Blanka and E. Honda. 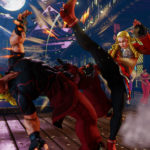 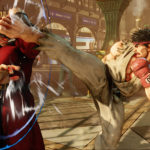 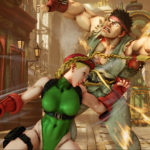 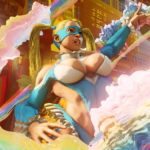 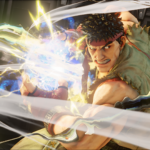 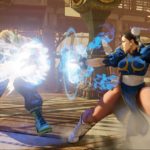 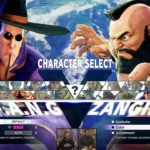 There’s a super lackluster story mode which only takes around an hour to complete and a survival mode that can be played on your own, but apart from that you’re going to have to jump online to learn move-sets and get your practice in. That’s right, the standard arcade mode that has basically been in every fighting game ever in the last 20 years is not in Street Fighter V. This severely limits offline play, unless you have a friend next to you on the couch. This omission feels incredibly strange, especially when you consider the franchise’s history and how natural a game-mode like this has become in every single game in the genre.

Competitive folk will be comfortable jumping online and battling others straight away; and to be fair, at the time of reviewing this game over the last couple of weeks, online play has been pretty seamless across the board. But casual players will find this quite daunting being forced into such a tough space straight away without the chance to properly learn combos and special moves.

There is the promise of more content to come in free updates this month and ongoing, but if you go and purchase today you’re going to find a lack of value, especially when compared to Ultra Street Fighter IV which is absolutely jam packed with content, game modes, characters and more… it seems like an odd step backwards when everything else about the game moves so far forward. The gameplay is so solid in Street Fighter V, perhaps fundamentally the tightest and most enjoyable of all fighting games. This makes the small feature set even more disappointing, but with more on the way, at least that means that hopefully the disappointment won’t last very long, and we’ll be enjoying a meatier and more complete experience sometime very soon.