I love my racing games. Always have, probably always will.

But I’m more into arcade racing, not sims. Don’t get me wrong, sims have their place too, and, if I’m honest, I would totally have the a driving sim set up if I had the money. But I don’t so I stick with arcade racing and just enjoy that.

Dirt is a sim. And as such, I found that it had an INSANE learning curve for me. Even though I’m an arcade racer, I’m still a racer, and I figured that some of those skills would transfer over.

God, I was so wrong.

I stacked it on the first corner ten times over before I actually managed to get around it without hitting anything. Usually I got pretty excited when I nail a corner in other racing games, but Dirt didn’t provide me with this euphoria in this way. Instead, I got excited about the fact that I didn’t completely butcher the corner, and that by some miracle I didn’t bang up my car. Because there are no perfect corners in this game. Not unless you’re a veteran, or have spent hundreds of hours playing it, coz you just love punishment that much. 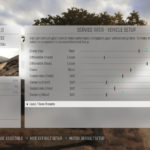 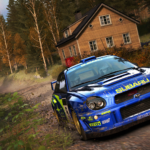 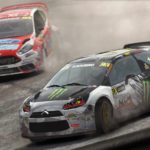 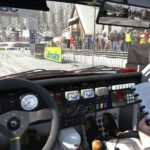 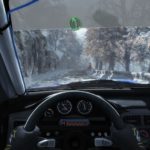 Not having a mini map was also something that I had to get used to. I only had the directions from my co driver, saying cryptic things like, “left six half long, sixty.” What does that even mean?! I’ve watched rally racing enough to know that these are directions of some kind, but not exactly what they mean. After a few raced I started to cotton on to the general gist of what they meant, but honestly I’m still a little lost.

After I finally got a podium finish on my first race, I decided to keep it and not try for a higher place. I like to keep racing until I get the gold, but with a forty-one second gap between me and first, I thought that quitting while I was ahead was the best option.

Races at night are painful affairs. I don’t even want to talk about it. It’s hard to see enough already, but then you hit a tree and your headlights stop working, and you’re done. It was quite traumatic.

Graphically, it’s BEAUTIFUL. Easily the best looking driving game I’ve played in terms of scenery. The dust and water effects are top notch, making kicking up a big cloud of dirt and dust, or driving though puddles really satisfying.

I know I’ve made this game sound unforgiving and brutal. Which it is. But in the same way that Dark Souls or Bloodborne is unforgiving and brutal. I kept wanting to go back, to see if I could get around that one corner cleanly, if I could shave off that last few seconds on my time. Maybe it’s my general love of racing, but even when I rage quit, I went back to it a few hours later. It pushed you to keep trying, and I can’t really fault it for that.

Video and tabletop game lover. Canonically bi. Has way too many hobbies for her own good.