Pokkén Tournament enables you to live out Pokémon battles in real time in the style of Tekken or Street Fighter, pitting the creatures against each other in fights that combine close-range attacks and projectiles with relative ease. While it may throw a lot of different techniques at you to the point of being almost overwhelming, the gameplay is undeniably fun, fast-paced and full of that Pokemon flare that fans will love.

The point of difference between Pokkén Torunamenet and the many other fighting games on the market is that each fight takes place using two different phases, the Field Phase and the Dual Phase. Starting with the Field Phase, this is more of a third-person perspective behind your Pokémon of choice, and is an effective way to shoot projectiles at your opponent but also dodge incoming ones.

Certain attacks here then cause a Phase Shift, which enters you into the more traditional Dual Phase that you’d normally expect from a fighting game. This phase is for more close-range attacks, so switching back and forth between the two phases and keeping your opponent guessing and constantly readjusting their strategy is a key component to earning a victory.

“…once I started, I found it difficult to stop.”

There are also other cool skills that can be used in battle such as special attacks and support Pokémon that can assist in a pinch; there are some detailed tutorials explaining how each component works but it can feel a bit daunting learning them all at once, however more advanced players will want to know every possible move and counter move. As more of a casual fighting fan, there are concepts that I still don’t quite understand, but even so, I still really enjoyed every fight and found myself winning more often than not, so I guess some of those concepts aren’t exactly deal-breakers. 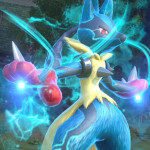 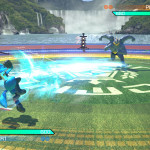 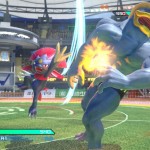 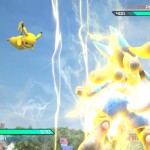 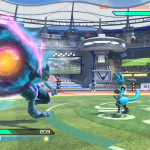 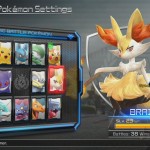 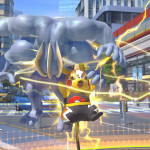 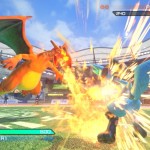 The actual cast of fighters to choose from in Pokkén Tournament is varied, featuring staples like Machamp  and Charizard along with Pokémon from the modern era such as Gardevoir and Blaziken. They all play differently, some with a slower pace that favour the close combat and others like Pikachu who do a lot better hanging back and nailing lightning attacks. I was impressed with how quickly I was able to pick up each move set, and while there are nuances of some that I might not be across, there were no characters that I disliked playing as, which is a testament to the balancing and quality of the games design.

Despite the learning curve for some techniques, the rest of setup is pretty easy to understand. There is a campaign mode of sorts that sees you climbing the ranks in different divisions with a sprinkling of story thrown in for good measure along with plenty of areas to practise offline, and of course battling online against others. I found the online play pretty seamless during my time with the game and it was quick to find opponents for me.

Overall, everything here is a pleasant surprise if I’m being honest. I wasn’t initially sold on the idea of Pokemon working well in this fighting context, but once I started, I found it difficult to stop. It’s engaging, colourful, fast, easy to learn but challenging to master… the game is basically everything you want from a fighting game, but with Pokémon instead. And when it comes down to it, if you like either the genre or the characters, you’re going to love Pokkén Tournament.