Wouldn’t it be great if we could all sing away our problems like a Disney Princess? Well, you may not get forest critters rushing to your aid, but Stella Glow will get you pretty close! This turn-based JRPG  is a perfect introduction to first time players of the genre, and a wonderful addition to the veterans out there.

The story of Stella Glow begins in the Kingdom of Regnant, where our protagonist Alto, suffering from Amnesia, spends his days peacefully in the small village of Mithra with a young girl called Lisette and her mother.

One day he hears an odd sound coming from the forest surrounding the village:  song. This land of Regnant was cursed without song or music as punishment by the gods. Only five elemental Witches hold the power of song, which functions like magic.

Alto discovers the source of the melody, a Witch name Hilda, who, with the power of destruction, is hellbent on bringing ruin to his quiet little village. Events progress and Alto and Lisette find themselves on a journey to save the villagers and in order to do so, they must find the remaining witches scattered throughout the land.

I know I am being a little vague on the story line, but one of the great things Stella glow brings to the table is a wonderful and immersive story. You will find yourself getting attached to characters quickly, and though some of it can be quite corny, it contains so much charm, and I believe this game is worth discovering in person.

Combat style is a turn based grid setup, with your typical JRPG menu layout. It’s all fairly standard aside from special moves like Conducting and Song that rely on filling a gauge and can greatly turn the tide of battle with some of the tougher enemies. Movement around the field relies on agility which is also pretty standard. Stella makes good use of the dual screens and combines character stats and map setups well. You travel to your destination via a world map, with destinations and missions marked out clearly.

You also have the choice to be able to take side missions while on the world map, and I recommend taking them when they pop up as they are a great way to level up your characters, though sometimes they’re not available when you need them most, so don’t waste the opportunities!

Time also passes in stella glow, with a Clock Icon telling you when it’s mission time and when it’s free time. The mission time frames are pretty self-explanatory, but free time is where some cool features come into play. You have the opportunity to do things that are only available in free time, like taking a part time job to earn money, exploring, and even some relationship building opportunities.

Stella glows relationship feature and character progression is one of the most thought out and progressive ones I have seen in a while. Character development feels natural and you are able to form stronger bonds with your comrades as you get more free time and progress the game. Building good bonds is essential and results in receiving more abilities, skills and support buffs for the characters you interact with. 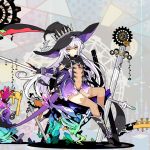 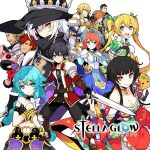 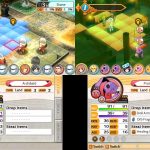 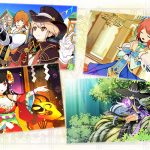 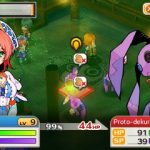 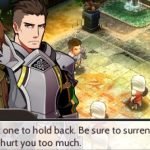 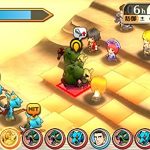 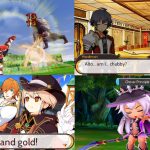 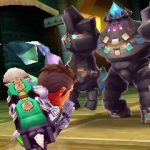 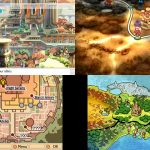 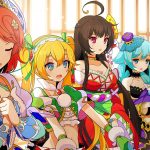 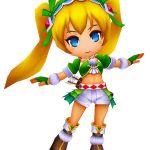 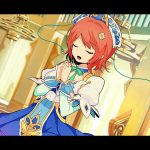 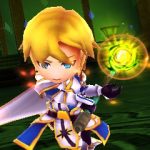 Finally, the art. OH the art! Any fan of anime and JRPGs alike will love the seamless mix of animation, static character art and character sprites of Stella Glow. Most of the sequences and cut scenes are static images with some of the main plot scenes being animated, but don’t be put off by it! The art style is superb and detailed and I have to applauded the artists who worked on this game,  as they created some very stunning and eye catching art. Even the Chibi styling of the character sprites is well done, very cute but not overly so, childlike without being childish.

In a game themed around song and music, it really doesn’t fail in this department either! The music fits in perfectly with the vibe and direction of the game, it’s upbeat and diverse, further immersing you into the world of Stella Glow. I know that along with the game, quite a few of you out there will also be adding the official soundtrack to your collection.

Stella glow is one game you don’t want to miss out on, its atmosphere and drawing power will have you dancing and humming along to the tune while onlookers stare in wonder at the spectacle before them. But don’t let that stop you, you know the truth. Music is magic, and you are one of the most magical creatures out there!