Atelier Sophie: The Alchemist of the Mysterious Book

Atelier Sophie: The Alchemist of the Mysterious Book might be one of the nicest RPG’s I’ve ever had the pleasure of playing. Coming from a franchise that has been around since 1997, the Atelier games have always had a heavy focus on alchemy; collecting ingredients and mixing them together to create a variety of items to aide you on your quest. The alchemy itself has always been vital to your characters progression, so while other RPG’s give you the option of using alchemy and cooking, the Atelier games have it built in to the narrative, which is a nice change of pace and part of the charm that is ever-present in Atelier Sophie.

There aren’t a lot of concepts that specifically push into unfamiliar territory; you spend your days grabbing quests from the local café such as defeating a creature in the wild, collecting a certain number of ingredients or exploring a new area, and the story progresses naturally as you finish tasks, keeping the pace very relaxed. There is a day and night cycle where different enemies and ingredients appear at certain times, shops in the town to upgrade your gear and more and more recipes to keep discovering as you play.

The story is pretty simple and almost sickly sweet; Sophie wants to be a famous alchemist like her now deceased grandmother, so the motivation is an entirely personal one, which makes it a little difficult to get behind. When a mysterious book named Plachta starts talking to her and helping her progress with her skills, Sophie tries to help Plachta in recovering her memories, which opens up new areas to explore, new recipes to try and so on. You’ll meet friends along the way and help people with their own personal missions, but the stakes are never really that high, which makes it an easy game to just sit back and chill with, but not one that truly demands your attention.

“…once I let myself just ‘go with the flow’, the whole experience became much more enjoyable.”

Despite this, Atelier Sophie remains charming and interesting, and the alchemy itself is simple enough to be addictive as you try different combinations of ingredients in an effort to get the most beneficial result. Using a simple 4×4 grid, you’ll place each material in a formation of shapes, and voila! You’re doing alchemy. You can explore each area in the world at your own pace using a simple map that also allows for fast travelling with minimal loading screens, and trying to find the right ingredients is always enjoyable, especially as the world opens up with more dangerous locations to scout. 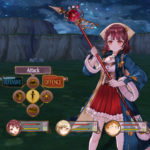 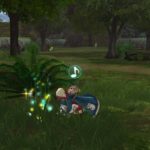 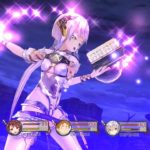 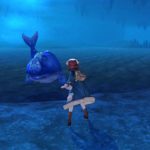 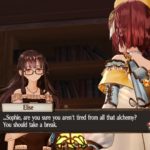 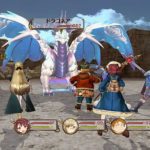 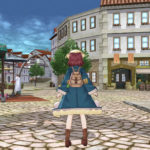 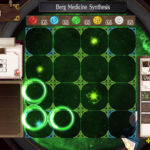 Once you’re in battle, the turn-based combat is about as formulaic as they come, but you’d be wrong if you thought it was too easy. After the first ‘newbie’ areas, you’ll quickly discover tougher enemies in different locations, especially at night time. With your party of four and a limited supply of magic at your disposal, it becomes a matter of micro-managing just how deep into a cave you should go to gather ingredients before you end up completely out of your depth with monsters and are unable to get home. If your party is wiped out, you’ll end up revived in your house but having lost some of the ingredients you collected, so pushing your luck is not recommended.

The pace of Atelier Sophie is quite leisurely, even with a few of the quests being timed ones. You can dictate what you want to do and how long you want to spend doing it, although the best way to trigger the next chapter of the story is a combination of quests and alchemy. Certain elements in the world will trigger an idea for Sophie to work with, with learning conditions attached to most things so you get a rough idea on where you should go next. For someone like me who likes a more linear structure and clear quest path laid out, I found this tricky at first and lacking direction, but once I switched off that part of my brain and let myself just ‘go with the flow’, the whole experience became much more enjoyable.

Atelier Sophie: The Alchemist of the Mysterious Book

Atelier Sophie: The Alchemist of the Mysterious Book might not be for everybody; it’s family friendly in appearance and story, and because all of the characters are super sweet by nature it might be too much cuteness for some to handle. There is more depth here than what you would expect though, and the core premise of a world focused on alchemy holds strong and remains engaging, especially considering you can explore at your own pace. There’s something very endearing about these silly characters and there’s nothing really stressful about it; so if you want to escape, forage for materials and experiment with some recipes in an adorable RPG setting, you won’t find a better option than Atelier Sophie.