Originally released in 2007 towards the end of the PS2s life-cycle, Odin Sphere was a fantastic side-scrolling action RPG that was flawed, as it pushed the console too much and ultimately suffered from frame-rate trouble, among other things. The remake is here two generations later, and I’m extremely excited to report that Odin Sphere: Leifthrasir is absolutely stunning in presentation and overall execution, featuring a well-told story and addictive gameplay mechanics that really shine through on the PS4.

The game features a storyline that is told from the perspective of five different heroes, each with their own skill tree to explore and experiment with, and as you play through each story, more pieces of the puzzle are revealed and motivations make more and more sense.

The many layers keep things feeling fresh and interesting over the 40 hours of narrative, and while the ultimate goal does boil down to a spin on ‘saving the world’, this didn’t make things any less captivating. Given some of the troubles with translation with this style of game in general, the English voice acting is particularly well done and nuanced, which just adds to the high production values.

“…heightened by the beautiful environments that honestly look like paintings…”

It helps that Leifthrasir is just gorgeous in almost every way. The framerate sits comfortably at 60-frames-per-second, even when the screen is crammed with enemies and over-the-top flashy magical spells and abilities. It really is all about increasing your combo by juggling a range of attacks, and the quality in the production makes every battle feel incredibly solid, as you combine different simple button presses to jump, dash, slash, spin and destroy foes with chain after chain of hits and special skills. This is heightened by the beautiful environments that honestly look like paintings, with bright colours, delightful backgrounds and small details everywhere that will have you stopping in your tracks to soak up the pretty on every screen. 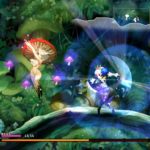 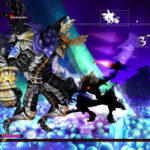 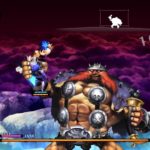 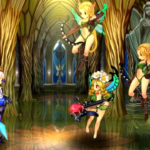 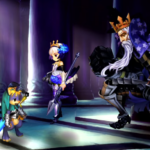 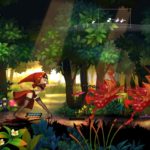 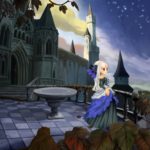 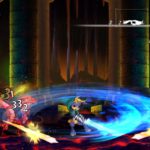 There’s a wonderful cycle of loot that you can collect which is used to enhance your abilities and strengthen your character, with a unique way of gaining experience, not just through battles, but also by planting seeds and growing fruit that can be eaten to increase your stats. There’s also a roaming chef that you can call on to come and turn your ingredients into fully developed meals, which is definitely recommended as it will level you up much faster in the long run. Maps are also clearly laid out with different areas, and you can take the straight path to boss if you wish, but I quickly found myself exploring every single nook and cranny in an effort to maximise the items I was getting, creating quite the powerful character.

Leifthrasir is just so charming in everything it does. Battles give you a ranking after each one, and the better you perform when it comes to combos or damage taken, the better rewards you will receive. This also means that you can go back and try to achieve a better result if you wish, which only helps to further hone your skills.

It brought a smile to my face the first time I managed to achieve a 200 hit combo in a battle, but later on this becomes more frequent as more enemies flood the screen and bosses take some real work to take down. It’s just so satisfying that battles never felt like a chore, but a real opportunity to clear the screen like a total badass and get sweet rewards, even after completing the story in its entirety.

Odin Sphere: Leifthrasir is the best kind of remake. Improving in every way on the original and stylishly standing out in a new generation is a real treat, and players who get to experience this now can be thankful that such care has been taken in every single facet of this action RPG. It’s delightful inside and out, with a slick presentation and completely engaging story and compelling progression system that makes it almost impossible to put down. I can’t recommend this game enough. It does so much right that it’s something everyone should experience and is a true highlight not just for the genre, but for video games in general.