I was initially really excited to start playing the Technomancer. With so many games now featuring Mars as their setting, it presented a unique angle compared to other titles. Colonisation of Mars has been abandoned in this world, and the remaining population now fights for control of the most precious resource left, water. I thought this to be a real standout plot point given that water, unlike riches, actually has a vital biological function, it keeps us alive. Vying over this, and other resources are multiple factions, ranging from organised military to merchants and subversive gangs. There is plenty of intrigue to be found, which kept me entertained while I played.

Set against this backdrop are the technomancers, humans who gained the ability to generate and control excess bio electricity. As a result of these powers they hold a unique position over the other inhabitants of Mars. Enter Zachariah, the protagonist of the game, a freshly graduating technomancer, who literally has no idea what he is about to get himself into.

We’ll pause for a minute here. In The Technomancer, you can only play as Zachariah, there is no option of customising a female character. Regardless of the decisions behind this, in this day and age, where customisation is present, I do expect gender to be one of the first options available. The lack of this option irked me as a result.

I’d like to say that things got better from here on out, but overwhelmingly, they did not. 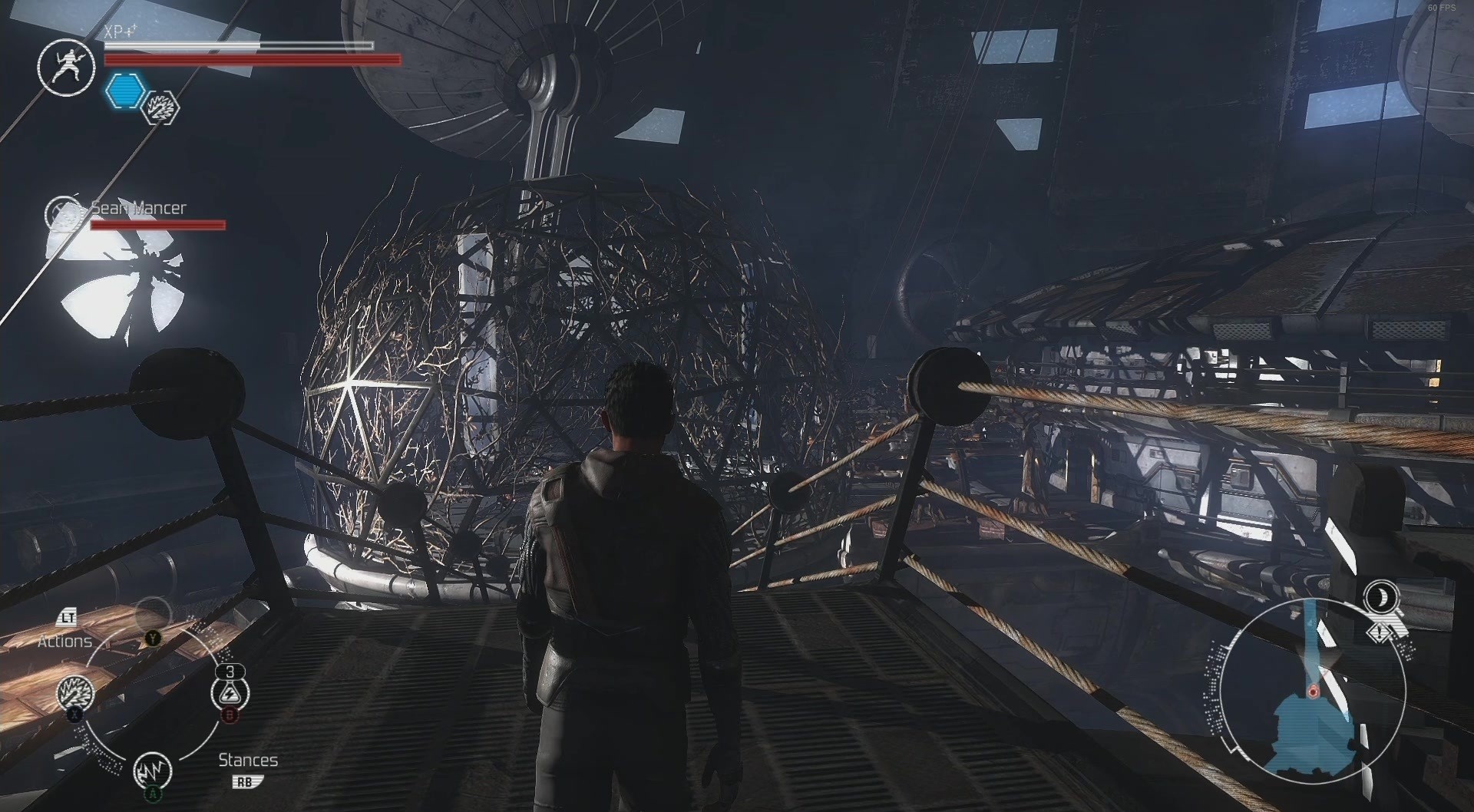 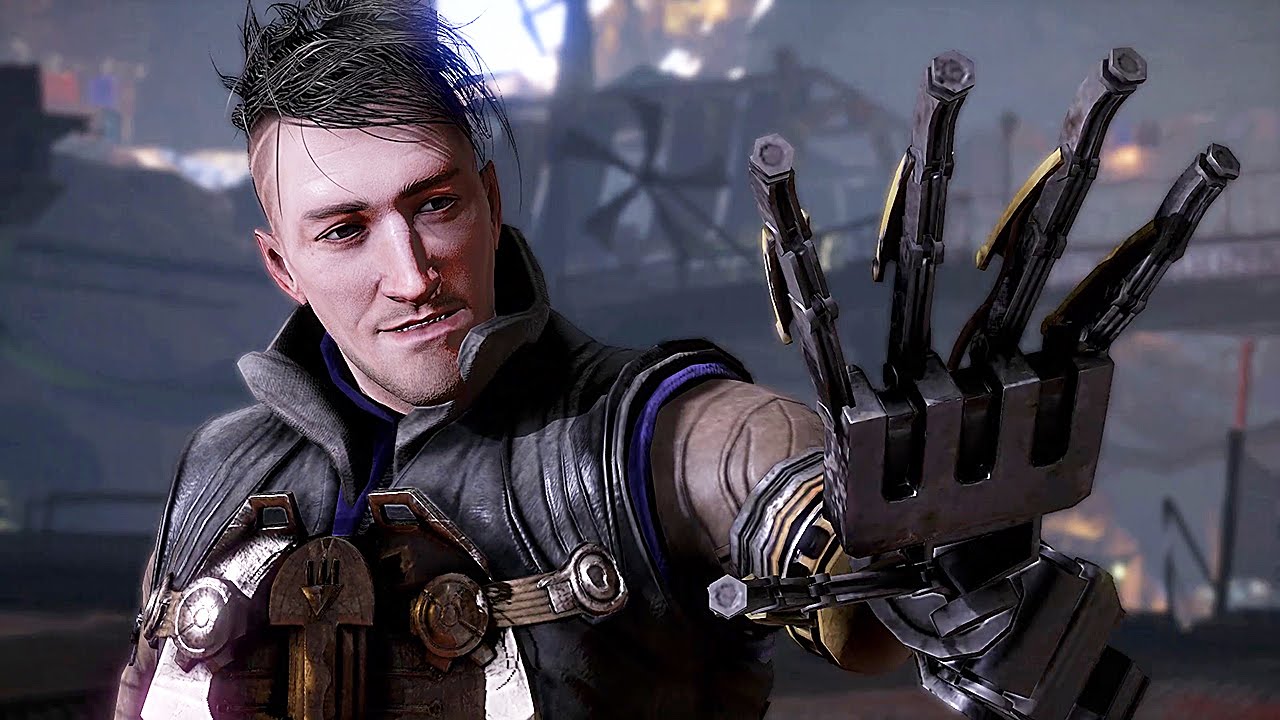 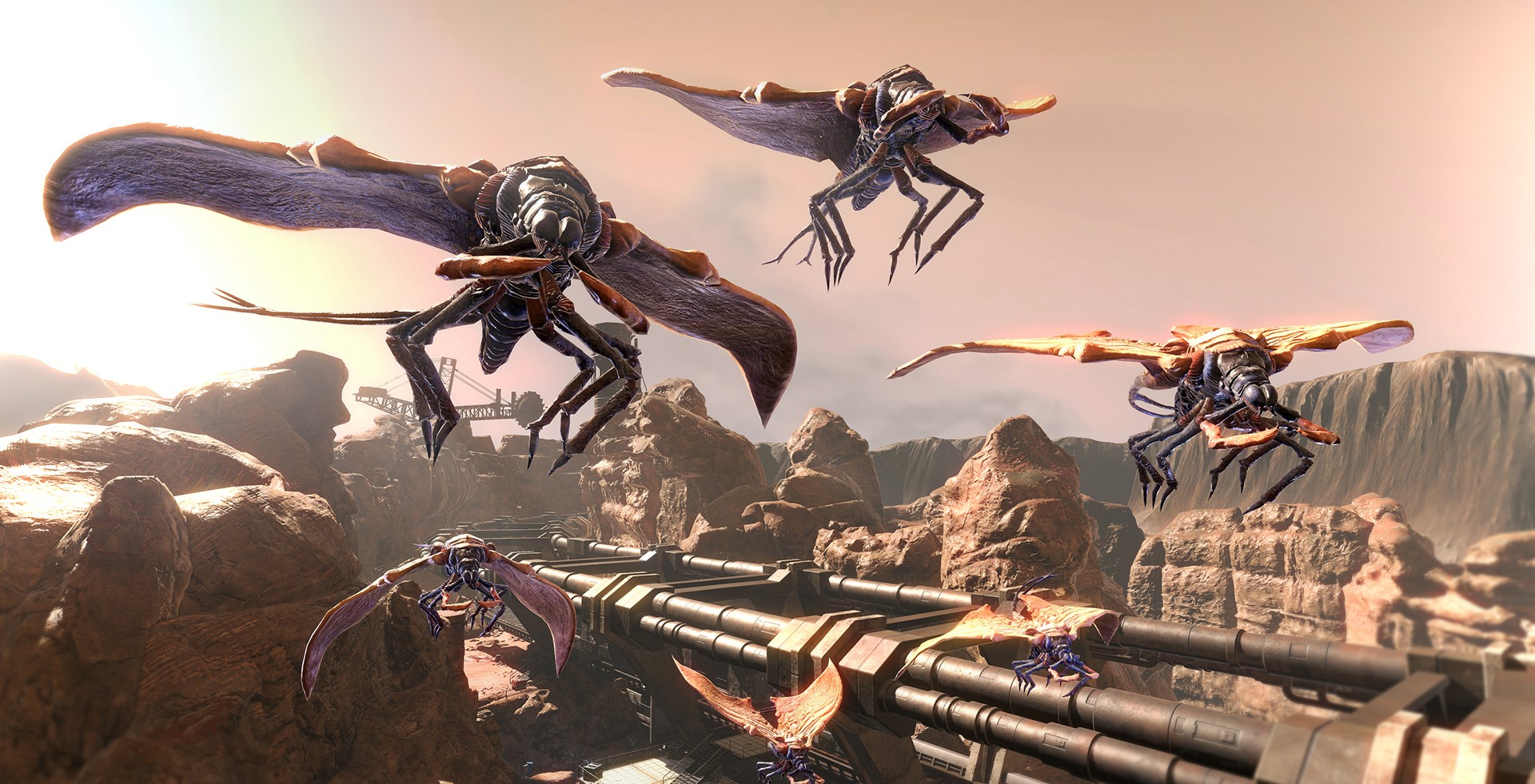 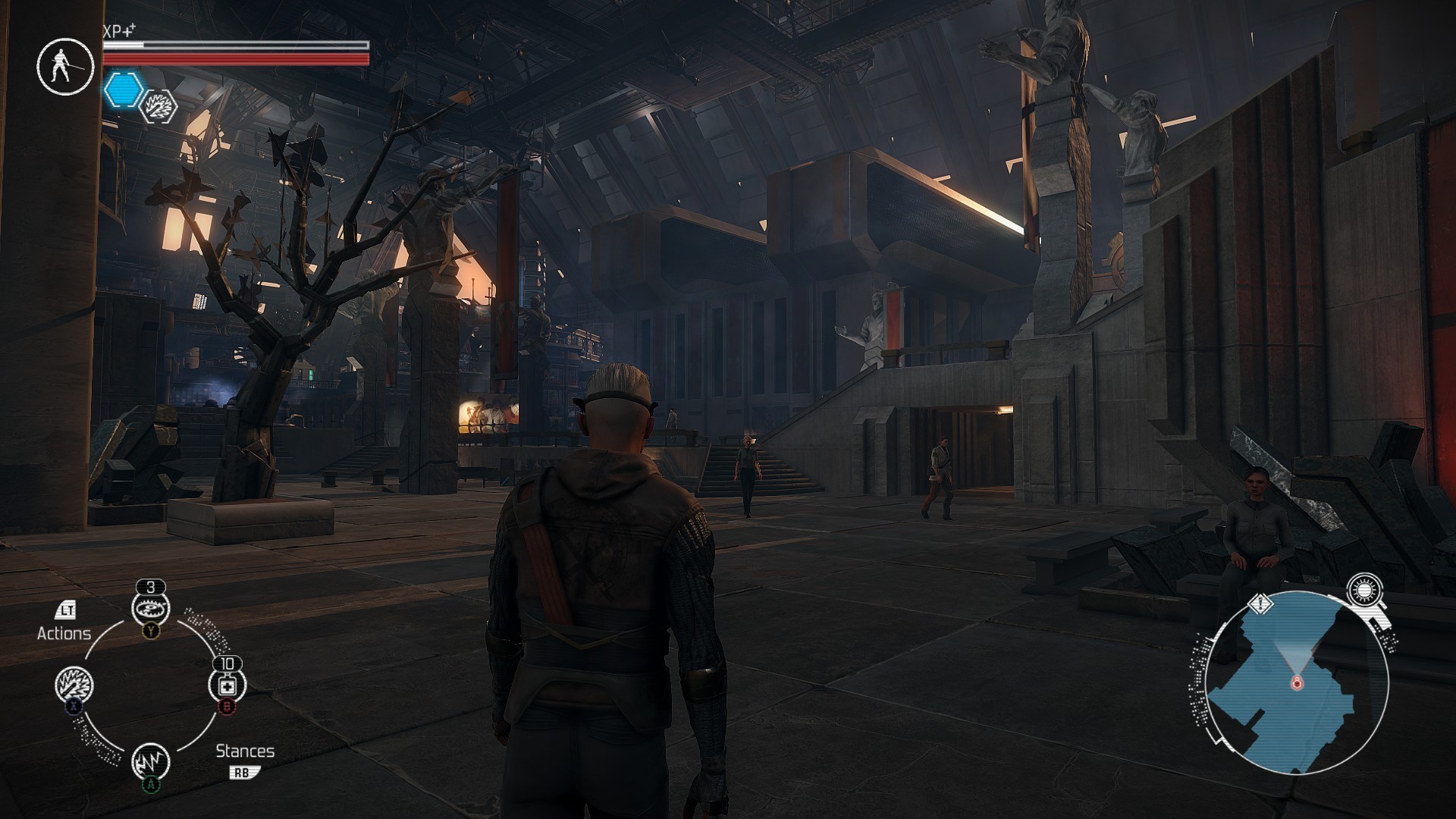 Your task, in the beginning, is to serve the technomancers in furthering their cause and protecting their secret (don’t worry, I won’t spoil either for you). As you begin to progress, you encounter various factions and allies. Completing their quests will earn/ deduct favour points from their tallies, as well as gain/ remove karma points that can heavily influence your allies’ opinions of you. By increasing your party members’ affection towards you, you are able to gain stat point boons in one of six characteristics additional to the ones you allocate yourself, which is incredibly useful. Of the six, only charisma and traps/ lock-picking were really of any significant use to me. You can also bolster the stats by equipping specific gear also (good for temporary changes when needed). 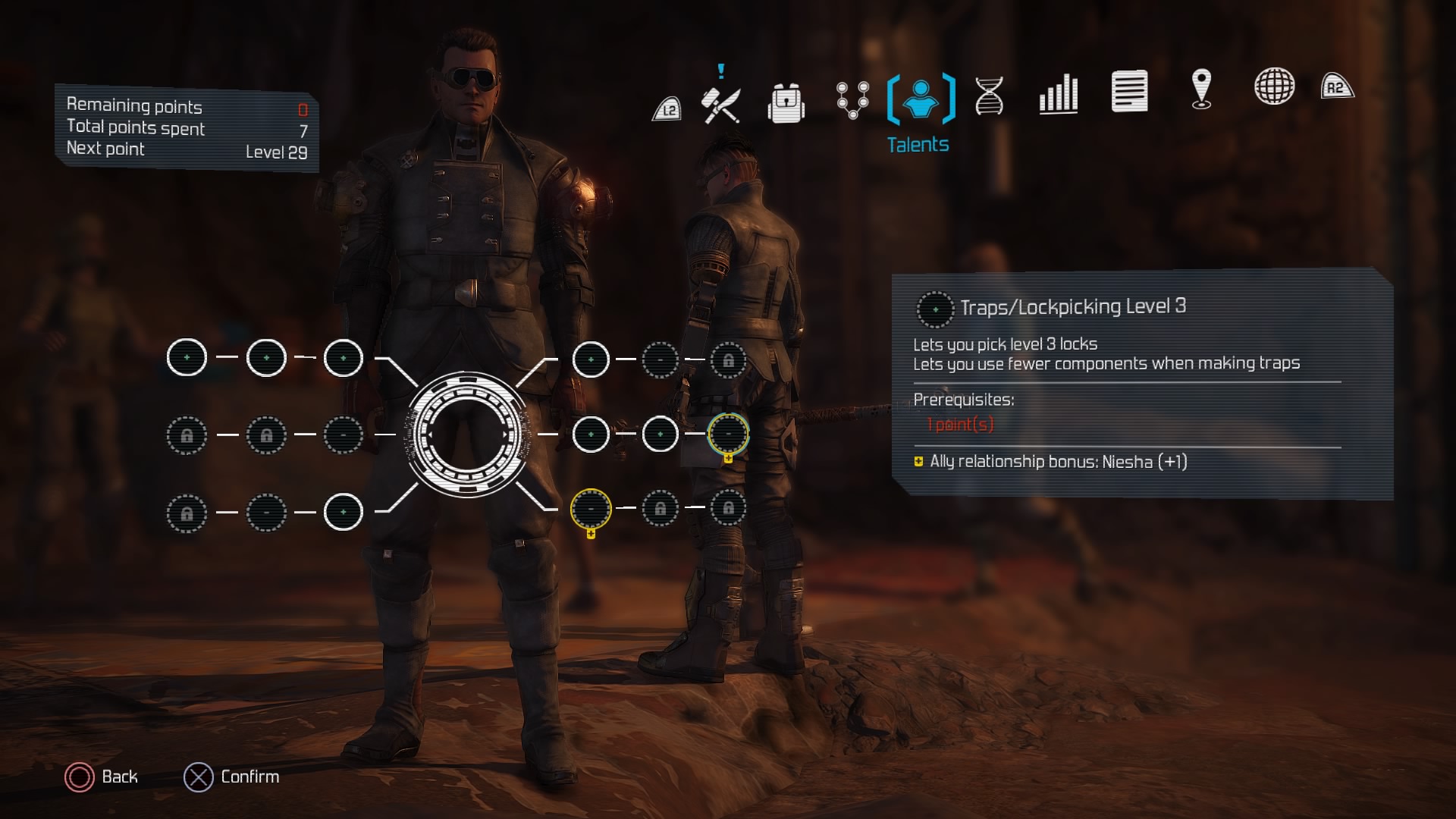 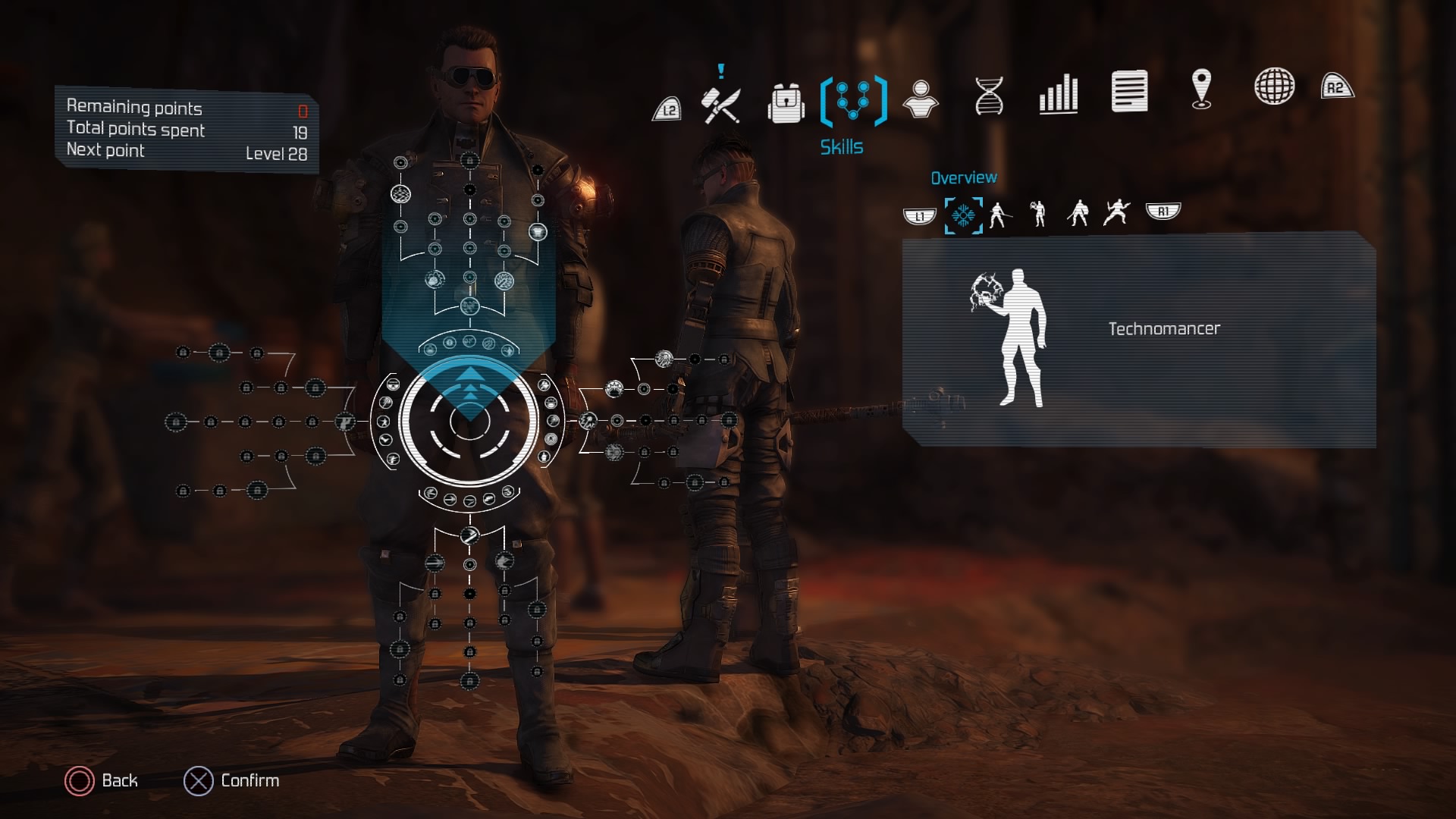 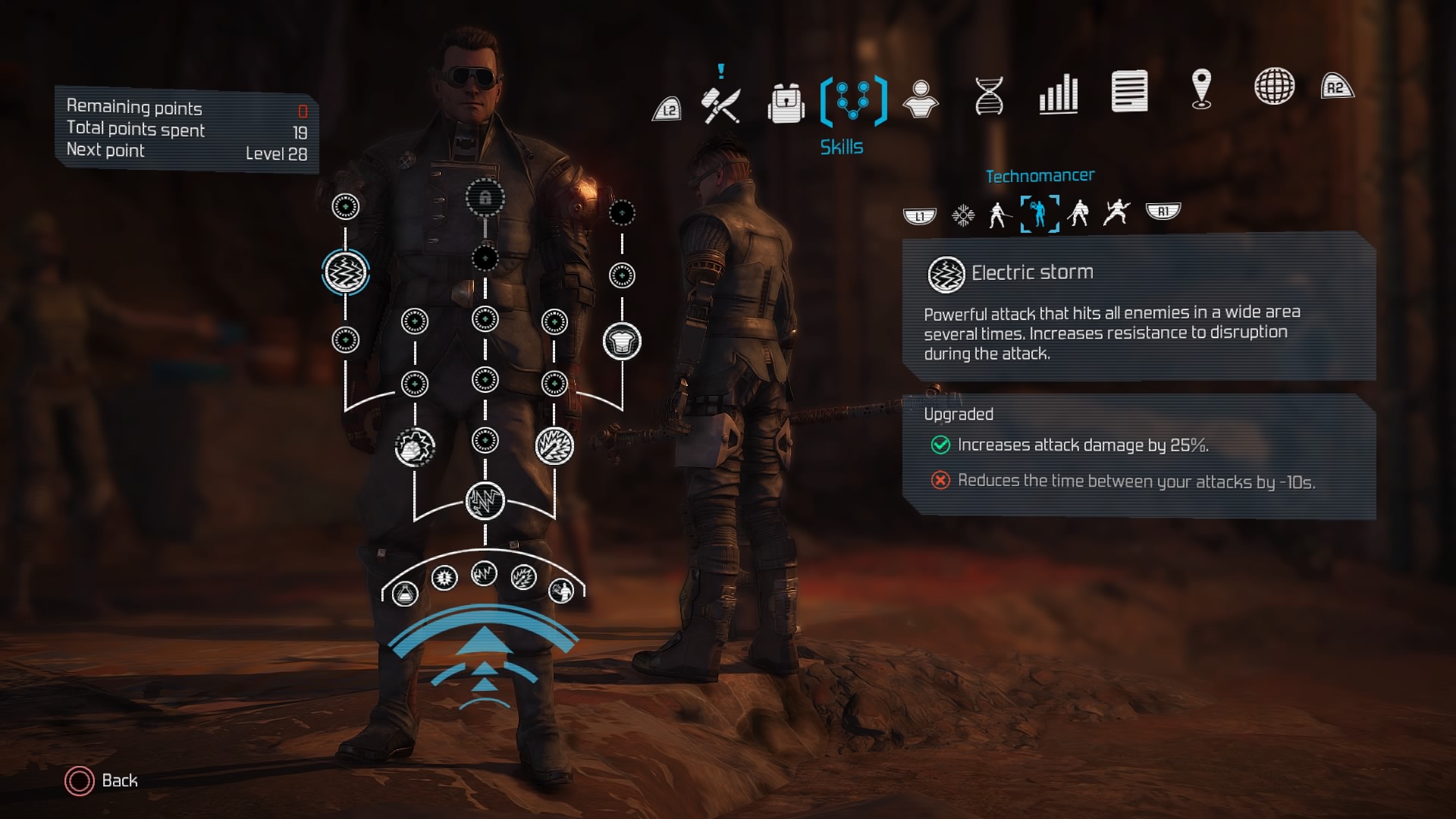 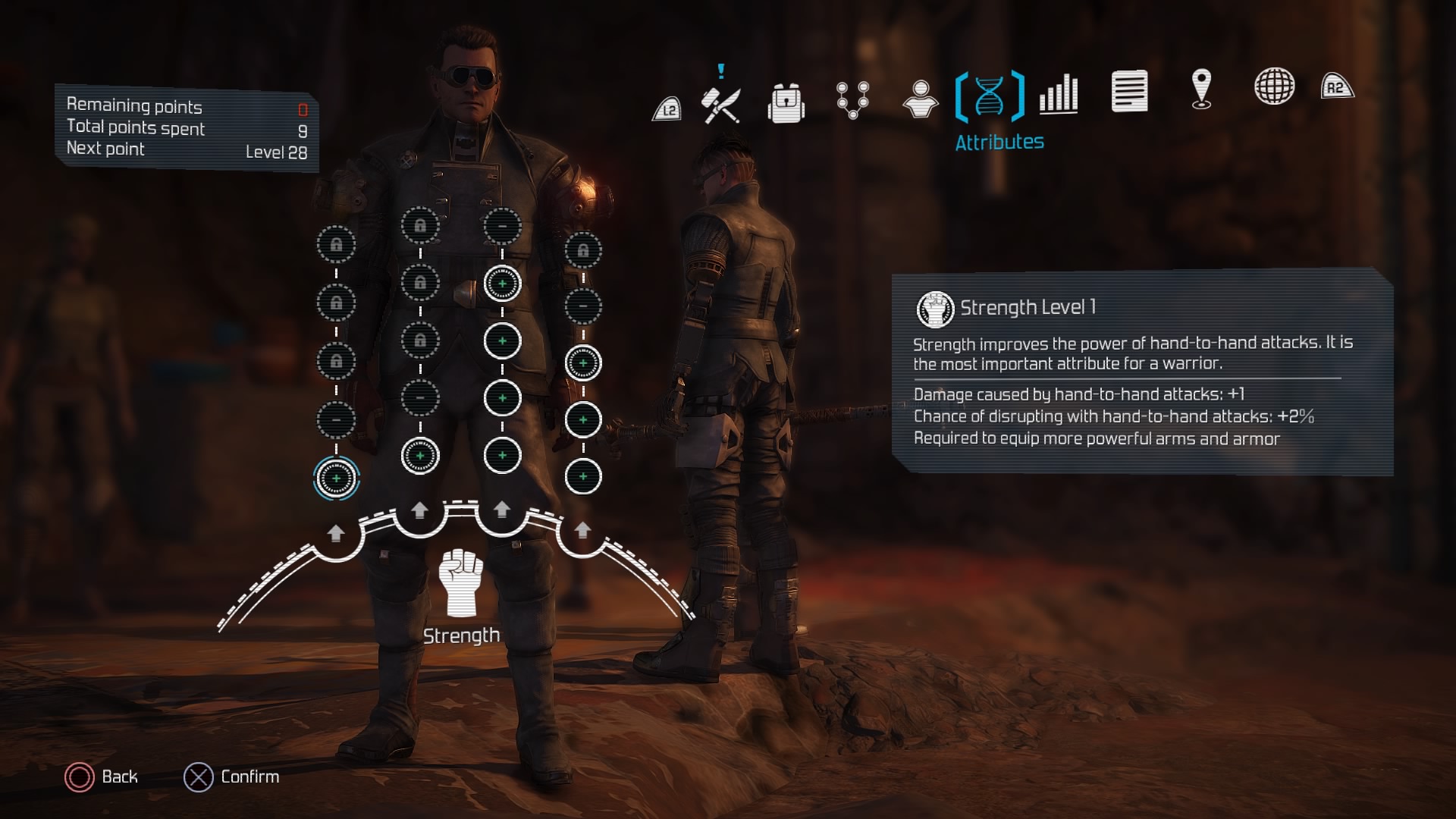 One element of the game that I was really looking forward to was the crafting system. Crafting to me is boss. I do it in my MMO life and games that have a crafting system in them are like nectar to me. In The Technomancer, you are able to craft some items (like health packs and traps) but for the vast majority of it, a more fitting description would be augmentation. You are able  to use the materials you gather on your journey, either from chests or dead enemies, to apply various upgrades like increased damage, fluid regeneration etc. While this plays a significant part in increasing your survivability, I did expect more. 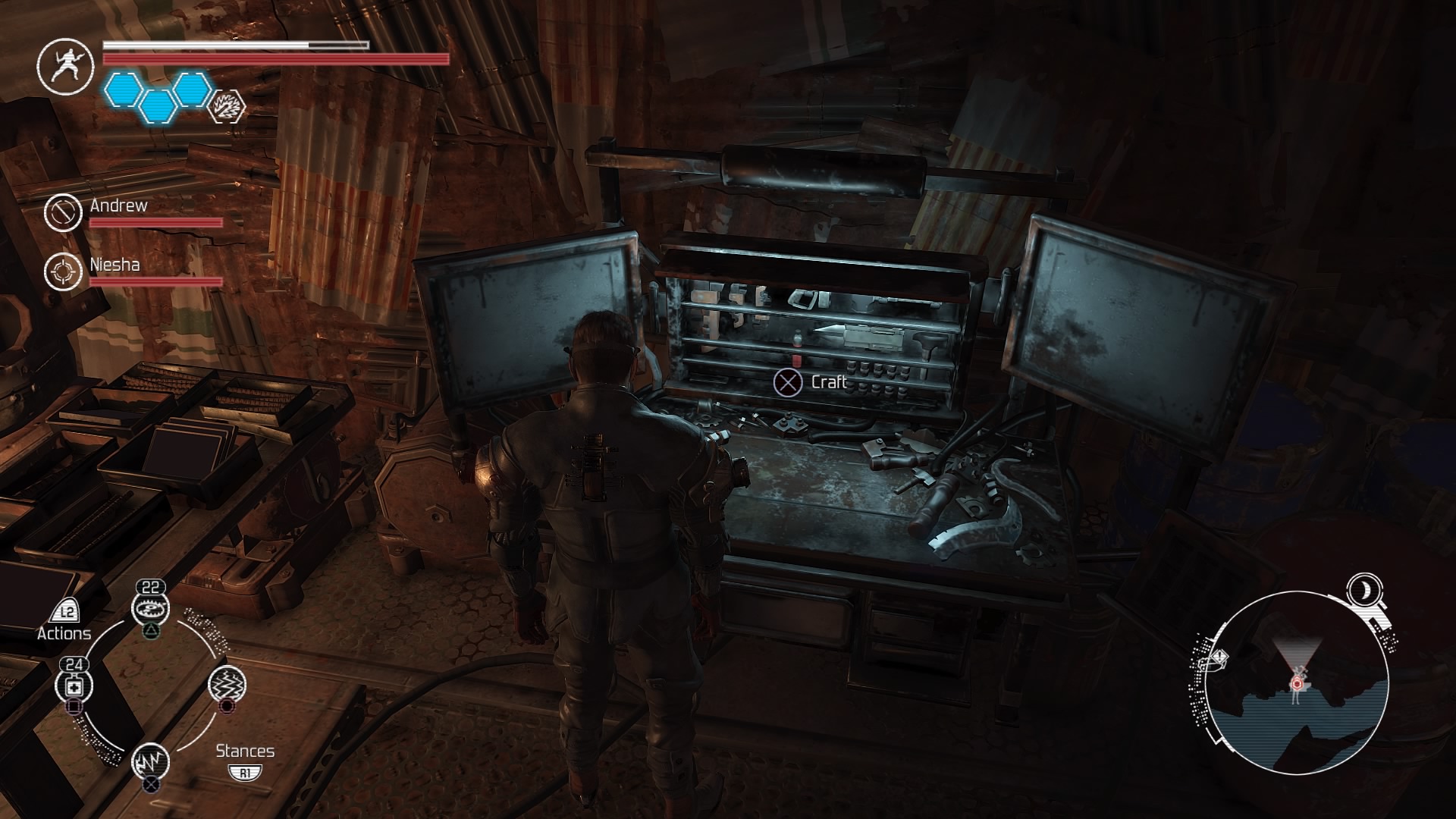 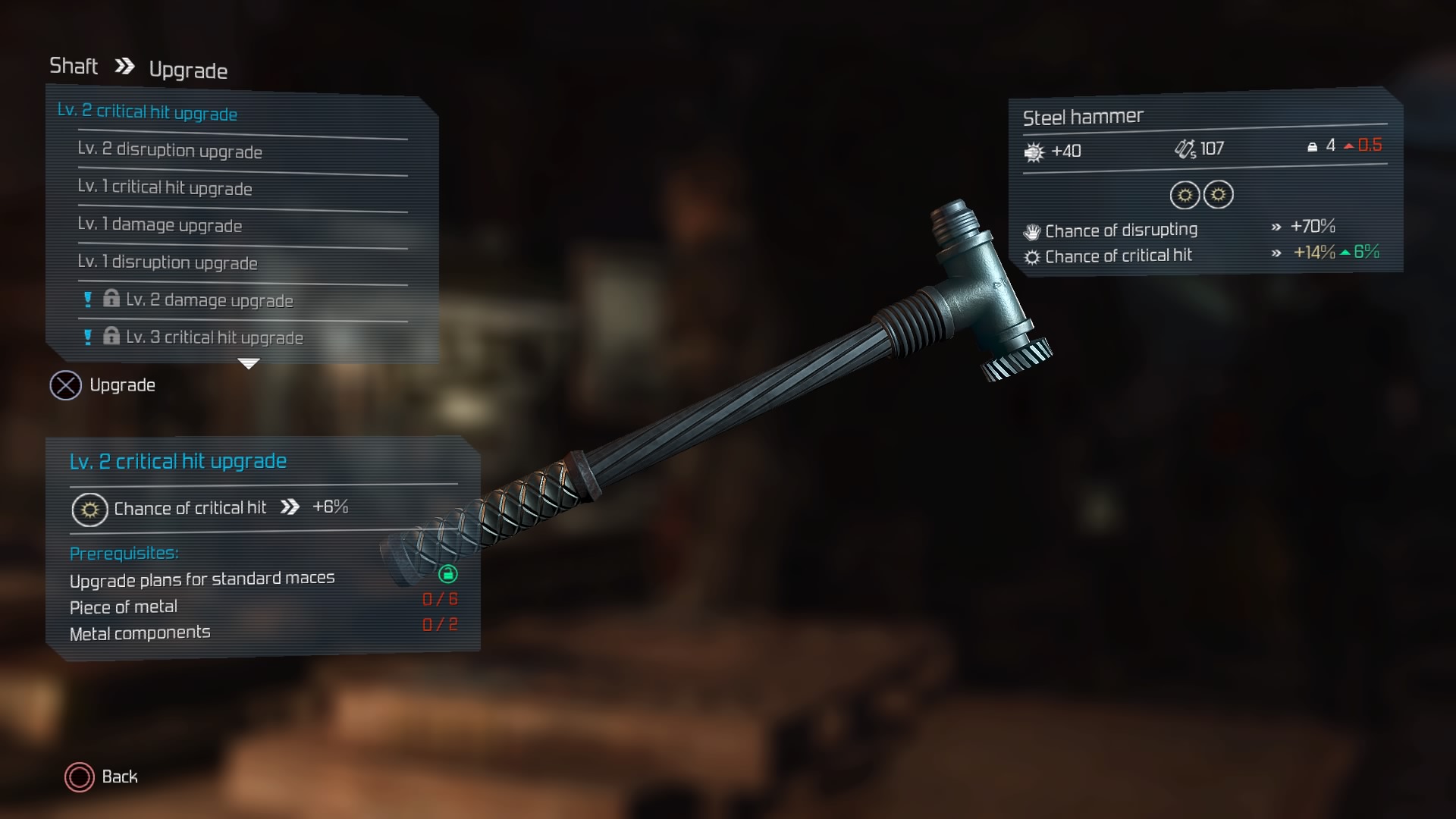 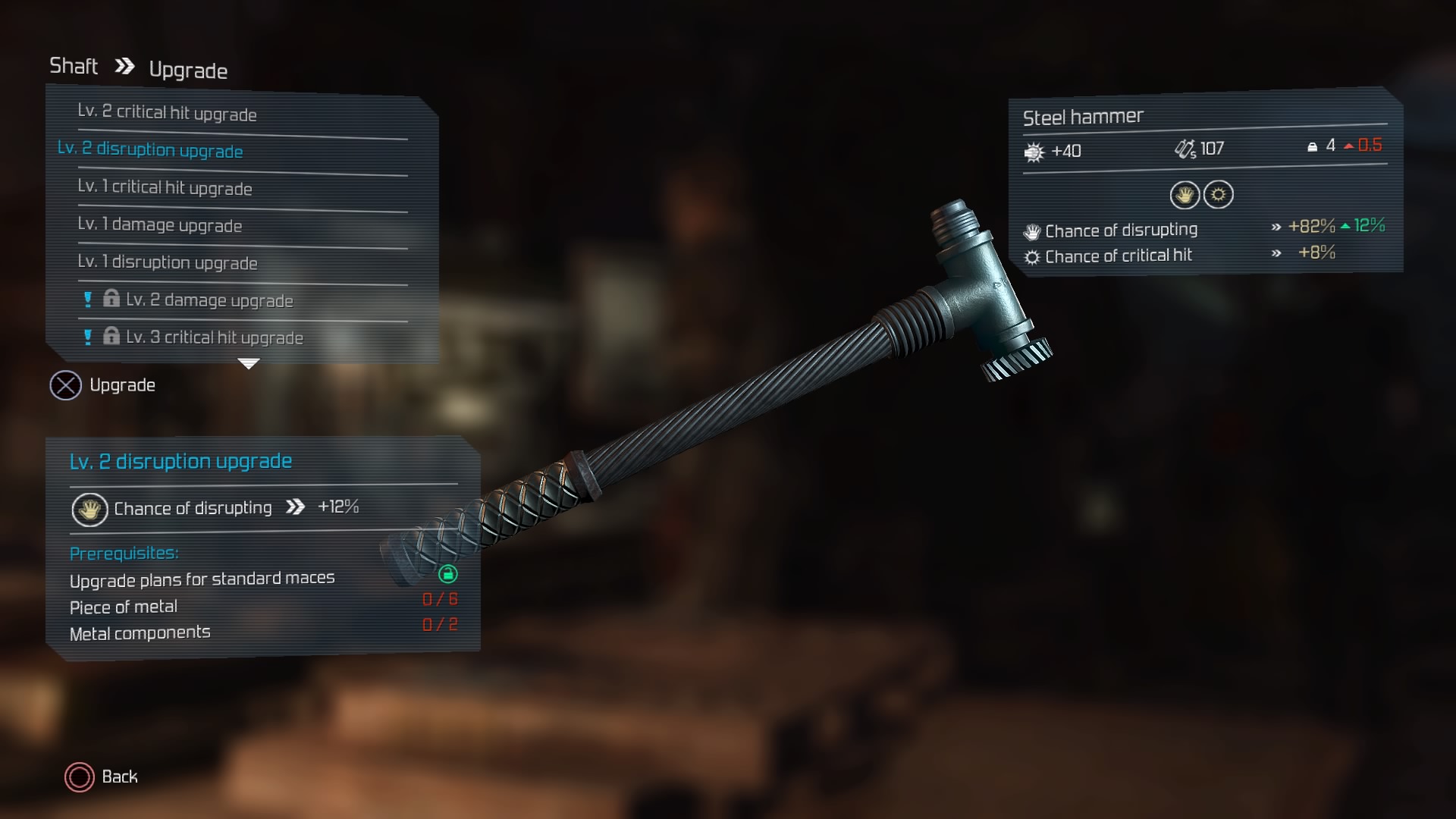 As you play, you gain points to spend in four skill trees in order to complement and enhance your play style.

Warrior: Designed to be able to take on multiple enemies at a time, but ended up getting disrupted so many times (and getting damaged at the same time) that I gave up on this one very early on.

Rogue: Designed to score critical hits more frequently and disrupt enemies by use of a gun. I expected the sneak attack that you are able to perform (available to all classes) to have some kind of damage multiplier for the Rogue, and was disappointed when it did not. Additional to this, the sneak attack also consumes a full bar of fluid (used to cast technomancer spells) which further detracted from using the skill.

Guardian: The class that I invested in secondary to the Technomancer class on account of its ability to block the vast majority of attacks (save for one piercing skill from the warrior class). Able to shield while you wait for an opening to attack and gaining several useful upgrades from the skill tree, this was the only class I was able to play and not die on a regular basis.

Technomancer: The saving grace of the classes, despite still being highly susceptible to disruptions. The technomancer spells are awesome and made the combat interesting for me. From arcing lightning bolts to a magnetic shield and electric storm, this was, in essence, the true class of the game for me.

A note about guns…. Guns ruined The Technomancer for me. Separate to the pistols that you are able to equip as the rogue class, there are also heavier assault type rifles present in the game that are primarily used by your enemies.. to drastic effect. When the button you end up mashing is the dodge button, you know that expletives and potential controller destruction are soon to follow. Add to this the lack of fluidity in the combat of the game and if you don’t lose it at the number of times you’ve died in an hour, you have the patience of a saint.

As far as the music and animation of the game goes, the music is good, with my favorite tune being a funky mix that compliments the slum section of the main city. The animation was a bit of a let down, with only the mouths and eyes being animated during cut-scenes and the overall game not really looking as polished as I expected. I ended up having to play with the gamma setting adjusted several points higher than the guide suggested at the very beginning, which detracted from some of the finer lighting elements that were incredibly beautiful.

Though it was clear to me that a lot of love went into the crafting of this game, it came across as clunky and unpolished. It frustrated me to no end in the early leveling stages, when experimenting with the various combat styles ,to find that all but 2 were more or less useless to me (especially when I wanted to play through as a Rogue above all else). I think with a bit more time, this could have been a much better contender, and unfortunately it didn’t leave me with my usual completionist drive, even after a solid 25 hour investment. It is a decent sci-fi game with a bit of a steampunk feel, but if you aren’t a huge fan of the genre, I can’t recommend it very highly.