If you’re looking for a crazy ride jam-packed with zany characters, colourful backgrounds, over-the-top battles and a devilishly delightful pop soundtrack, look no further, because Tokyo Mirage Sessions #FE brings all of this and more, breathing much-needed life and zest into the Wii U library. Mashing up the Shin Megami Tensei and Fire Emblem series with a story premise based around pop stars might sound strange, but that’s because it absolutely is, and I loved every minute of it.

I could take some time now to explain the narrative to you, but I feel like it’s impossible to capture #FE in a sentence, so I’ll just say that it’s completely weird and wonderful despite its lack of depth. Essentially Performa is everybody’s creative energy, and evil Mirages are attracted to Performa and suck it out of people, leaving them drained with a sense of hopeless despair. You’ll need to work with your friends and unleash your inner pop star in an effort to return Performa to the world and save the day.

What the story lacks in depth, it makes up for with imagination and creativity; battles take place on a loud flashy circular stage with a crowd in the background, characters filling giant screens like an elaborate pop concert, and actual confetti exploding with each victory. Like a pop concert, there is often more style than substance, but that’s not to say that the game is necessarily simple.

Each attack in Tokyo Mirage Sessions looks incredible and over-the-top thanks to the slick and varied animations, made even more entertaining by the very effective Sessions mechanic which allows you to chain together attacks depending on the enemies weakness to certain spells and weapons types. This makes every encounter feel like an assault to the senses, especially when you add in Special Performances which serve as ultimate attacks you can build up to, where the entire arena explodes into cheering and excitement as you take down your enemies in the craziest way possible. 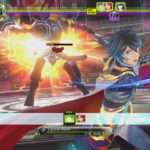 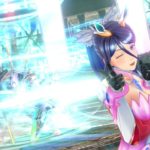 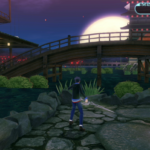 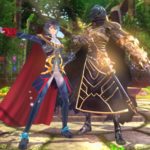 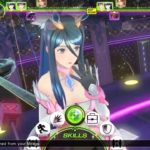 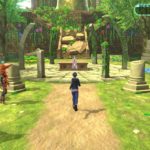 The upgrade system is also on point, allowing you to level up the traditional way by completing battles combined with upgrading your primary weapon and acquiring new abilities by defeating certain enemies and capturing their essence. This constant flow of upgrading and changing your equipment is made even sweeter by the crazy animated cut-scenes that occur every time you do it; a worthy pay-off for your hard work.

Beyond the very fun battle system is a lot of dungeon crawling, which is mostly relatively simple with some light exploring littered with the occasional puzzle, which often feel designed to slow progress rather than stimulate the mind. There is also very little hand-holding, which some people might find difficult, but for the most part I found it pretty refreshing. I even liked the text messages that come up on your Gamepad, allowing you to use it like a smartphone along with showing the map and skill information when prompted, which honestly was super handy and a great addition to the underused tech.

What I loved most about Tokyo Mirage Sessions was the clear and faithful references to some of Japans most recognizable places, including Odaiba and Shibuya. Shibuya in particular is exactly as I remember it; I was giddy when I stood next to Hachiko, loved seeing the famous cross-walk and I never thought the Shibuya 106 shopping tower would convert so well into a creepy mannequin-filled dungeon, but it totally does.

Japan loves its J-Pop and clearly the developers are paying tribute to what has always seemed like an insane industry – at least to those of us in the west – but it completely captures the vibe that can only otherwise be experienced by visiting Tokyo yourself, and that’s pretty special.

When I think about it, this game feels like it was made just for me. It’s colourful, loud, bright and perky. It has a weird sense of humor and pays tribute to some of my favourite places in the world in an effective and clever way. It also features dungeon crawling RPG elements with a clever and addictive combat system that never gets tired with its slick animations. If none of that sounds like your style, you may not enjoy it… but if you’re a weirdo like me, you simply must play Tokyo Mirage Sessions #FE.