The Witcher 3: Blood & Wine is the final chapter planned for Geralt of Rivia’s incredible tale. Unsurprisingly, it’s a wonderful expansion to a true modern masterpiece of the RPG genre. Receiving a letter from, unsurprisingly, an old acquaintance, Geralt trades the downtrodden, often grim landscapes of Velen and Skellige for the hedonistic scenery of Toussaint – a new area to the far south of the world map.

Boasting turquoise waters amidst green pastures and mountainous backdrops, parts of Toussaint are right out of a fairytale, which CD Projekt Red has shown they like to borrow from, almost putting The Wild Hunt to shame with its environmental eye candy. Almost.

The city of Beauclair in Toussaint, where Geralt begins his new journey, is an over-the-top but highly amusing stab at pomposity and snobbery inspired by France. The development team have really allowed humour to take a front seat in Geralt’s swansong.

Like the base game, Blood & Wine oozes bucket-loads of personality through its dialog, characters, monster design, appearance and sub-quests. How they still continue to achieve this in all of these areas is a remarkable feat. Solving ghostly marital spats and hunting for stolen statue genitalia is just another day in the life of Geralt of Rivia.

But for all the blending of laugh out loud humour, intentional cringe-worthiness, and intriguing subplots, the expansion hasn’t left behind its darker roots upon which the series is built. Blood & Wine is a story of vampires, which in recent times has been totally exhausted in the entertainment scene; but having its own unique spin on things as only the Witcher can, results in Geralt weaving through another great and intricate story. 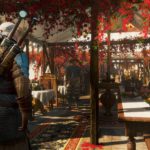 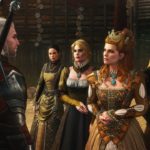 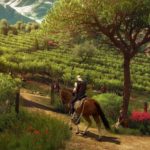 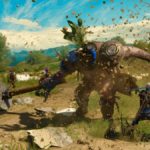 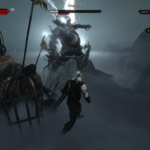 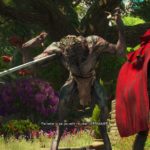 Not quite as gripping as the main plot in Heart of Stone, the plot here suffers somewhat from a less interesting antagonist, although a branching narrative leaves you with plenty of decisions to make. Even starting the expansion at Level 39, the game was swift to punish me for underestimating foes encountered in the wild on several occasions. I was forced to engage foes more strategically, rather than just run in blades swinging and Igni spewing.

With Blood & Wine comes many extra avenues for customisation – dyes for Geralt’s armor; more legendary weapons; new mutations to tweak attacks and effects; and even an entire ‘Base of Operations’ type area in the form of a vineyard that Geralt comes into ownership of. Many of the customisations here are purely cosmetic, but there are some advantages and buffs to be earned by upgrading facilities by spending coin.

“I was forced to engage foes more strategically, rather than just run in blades swinging and Igni spewing.”

An excellent menu and UI overhaul brought about by a patch update is a much welcome improvement to perhaps what has been the weakest part of The Witcher 3 in the past.

And just when you thought you’d weened yourself off, the infamous card game Gwent is back with a vengeance! An entirely new ‘Skellige’ faction with new cards has been introduced to shake the game up, as well as some new soundtracks to listen to while you crunch the numbers.

Blood & Wine brings more quality Witcher content to an already jam-packed table. While it’s sad to say farewell to Geralt for now, CD Projekt Red have done a superb job of seeing him bow out in style.

*Review written by the  wonderful Paul Richardson, who has actually finished The Witcher 3: Wild Hunt and the previous expansion, Hearts of Stone. Edited and formatted by Luke.