Tahira: Echoes of the Astral Empire

Set in the artistic renderings of a civilisation rebuilt from a bygone space age era, Tahira: Echoes of the Astral Empire is a daring fusion of soulful artistry and cold-blooded tactics. The debut title by Whale Hammer Games wears its heart on its sleeve, as it guides the player through the worst night of Tahira’s life. Princess of the Avestan Empire, Tahira can only look on as an invading army obliterates her city, leaving her no option but to focus on the survival of her people.

Where most tactics games will hook the player by throwing them straight into battle, the blending of classic adventure elements has Tahira open on a slow burn; a simple rendering of a girl and her horse, camped down by the fire. Admittedly more sceptical than most when it comes to picturesque and ‘artisan’ graphics, I was immediately able to appreciate the reverence to Table-top RPGs (Dungeons & Dragons) as well as the early adventure titles they spawned (Quest for Glory).

” replay may be something to make peace with, as you learn the tactics required”

The text only dialogue, displayed in a scroll-ribbon at the bottom of the screen, is quaint in its simple presentation. However, when combined with the extended dialogue, the blur effect between ‘scrolls’ quickly became a source of motion sickness as I clicked through. Without active animation to distract the eye during these long sessions I’ll admit I, at times, skipped over parts that although well enough written, were too hard to concentrate on. 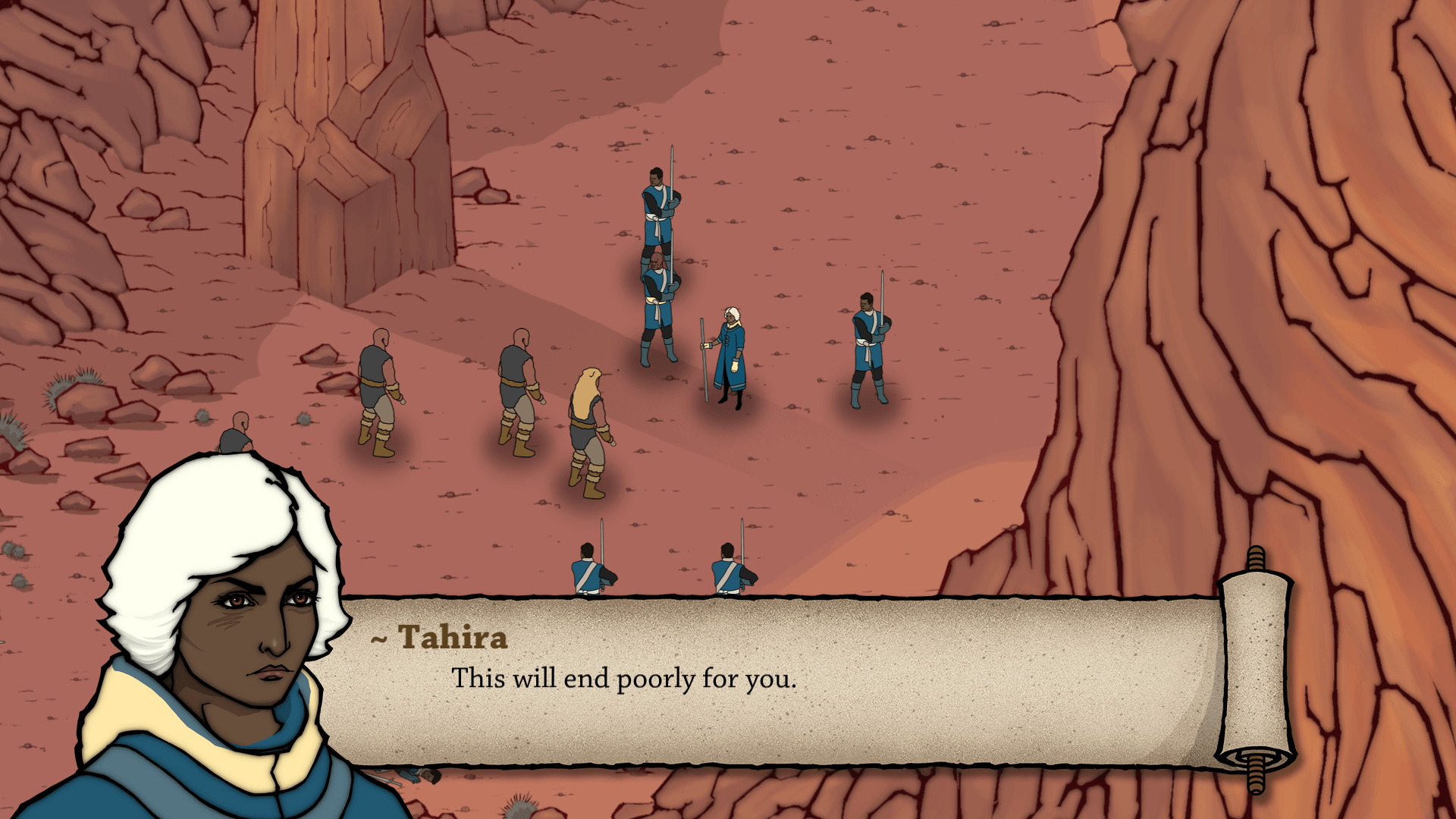 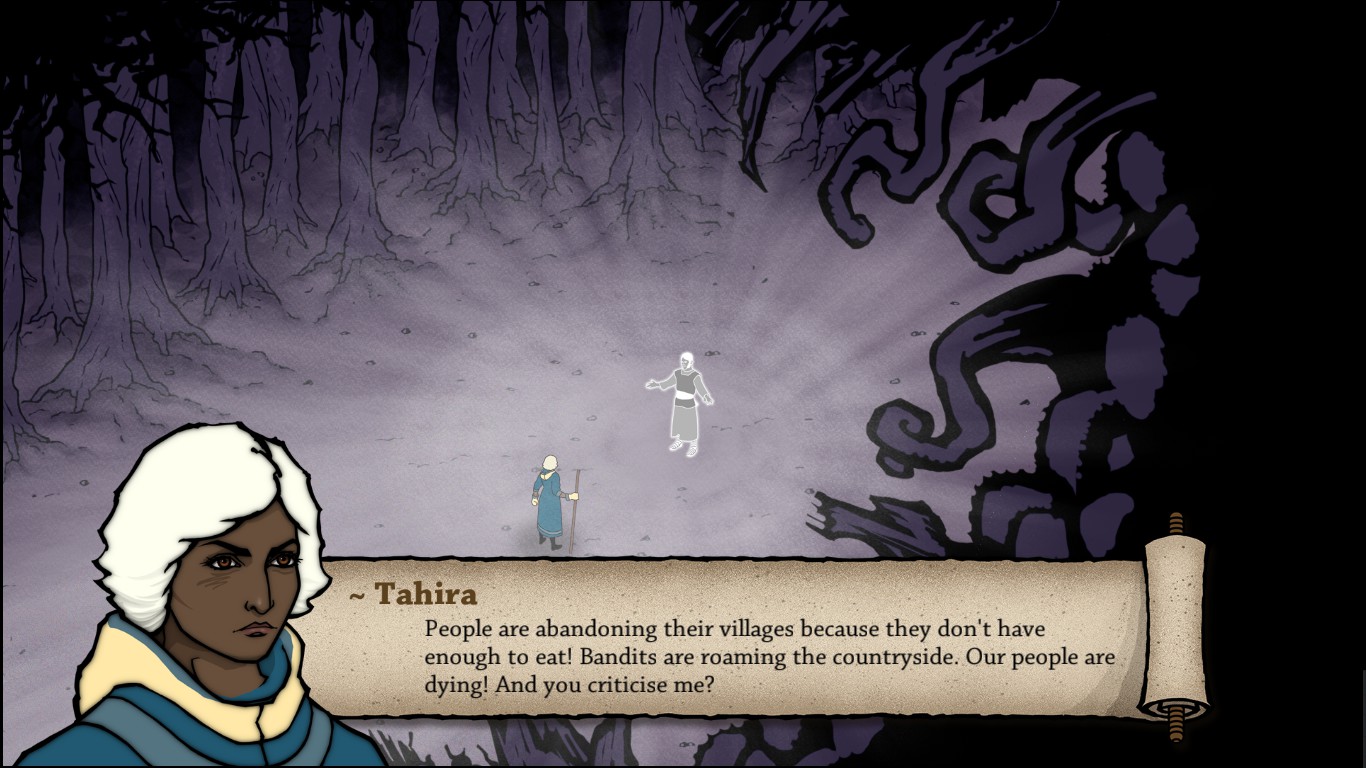 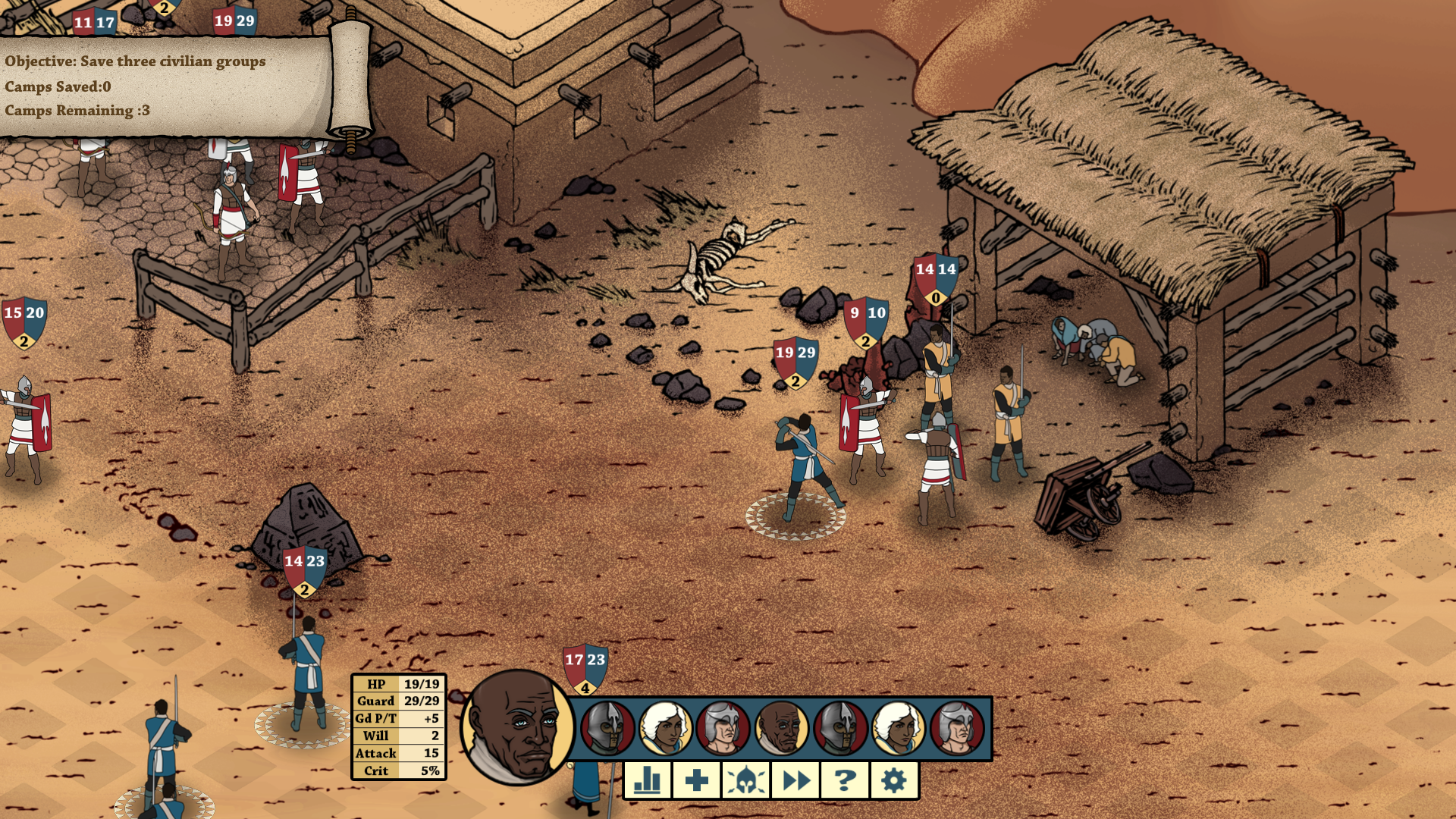 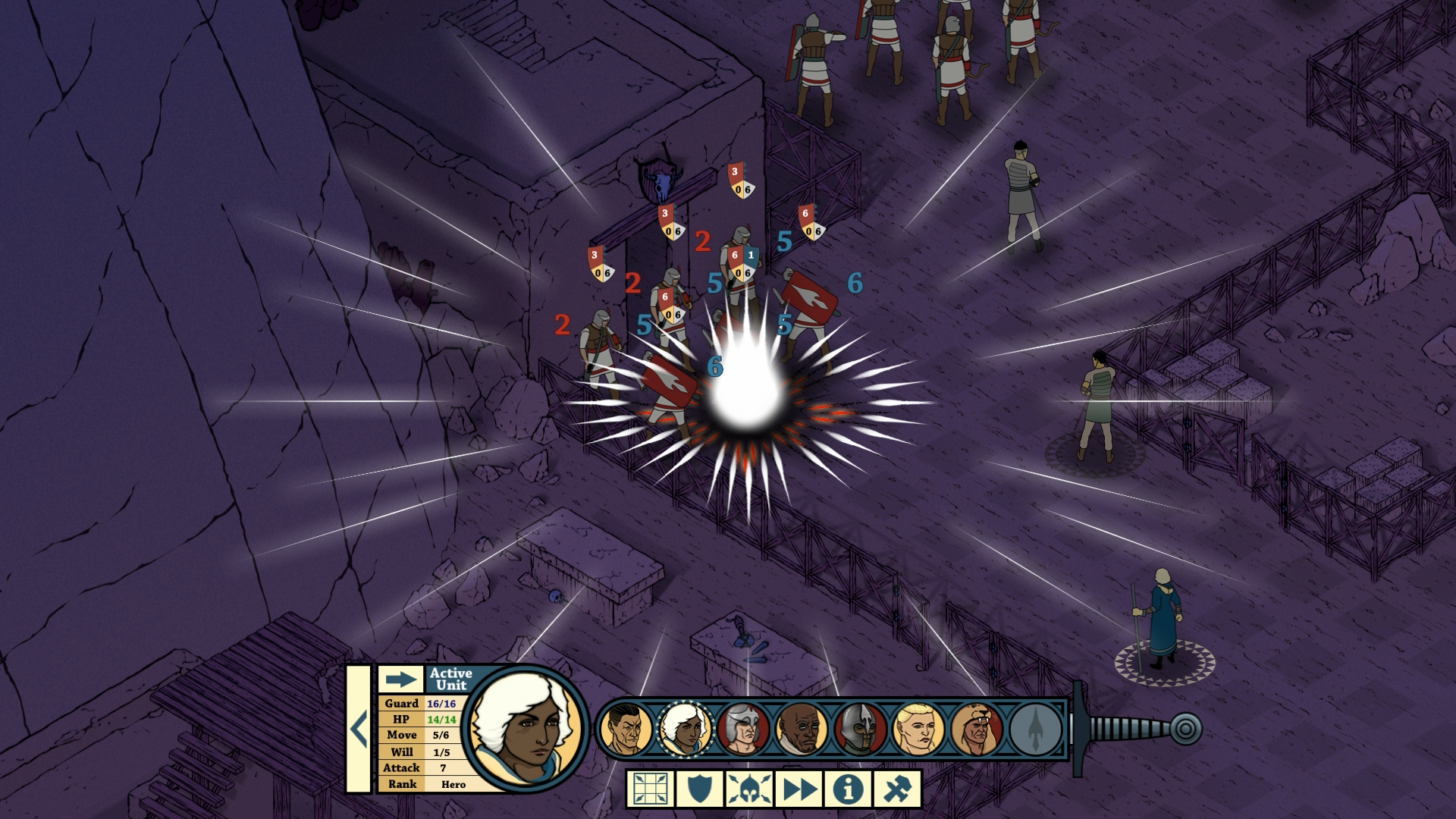 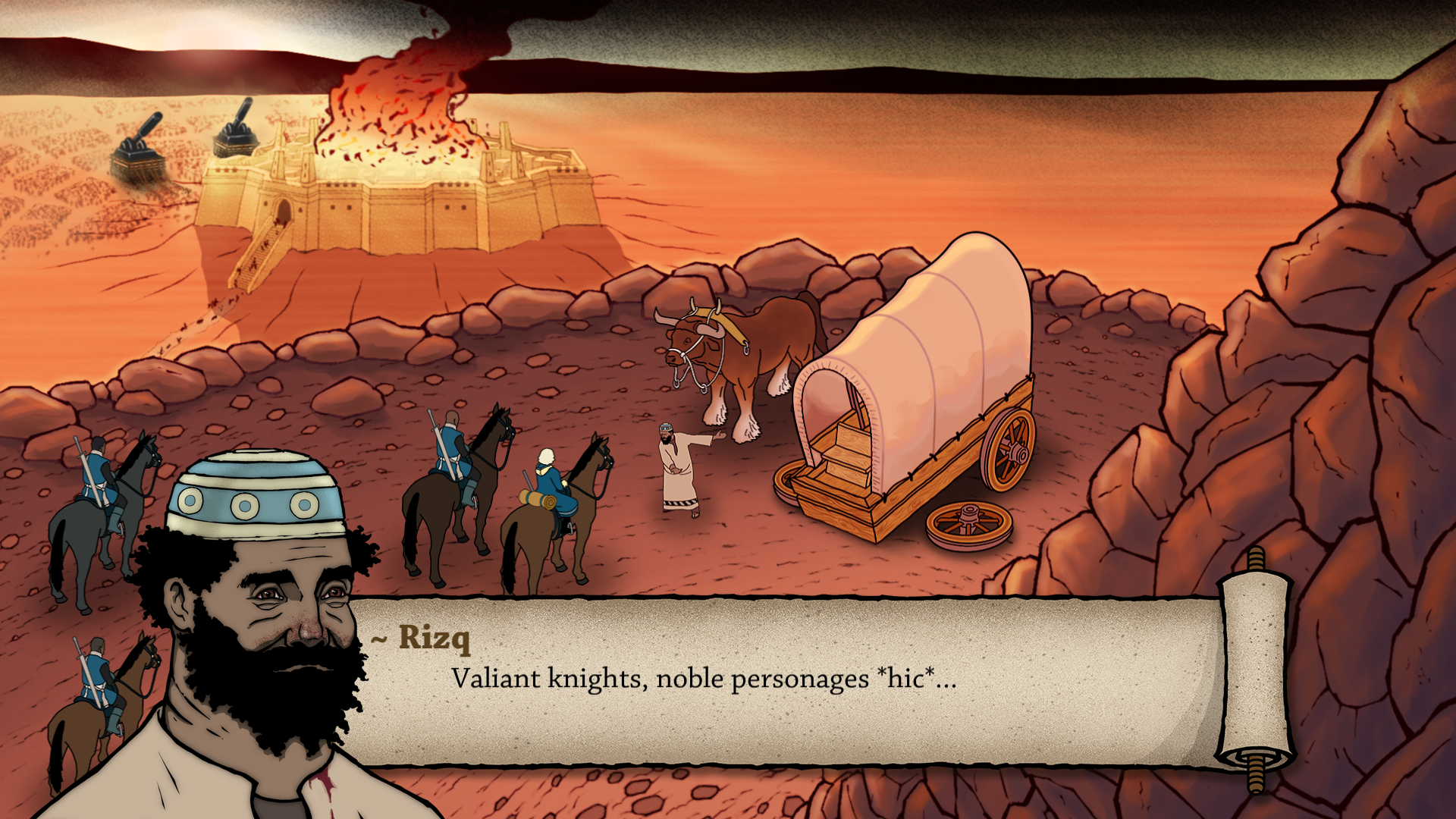 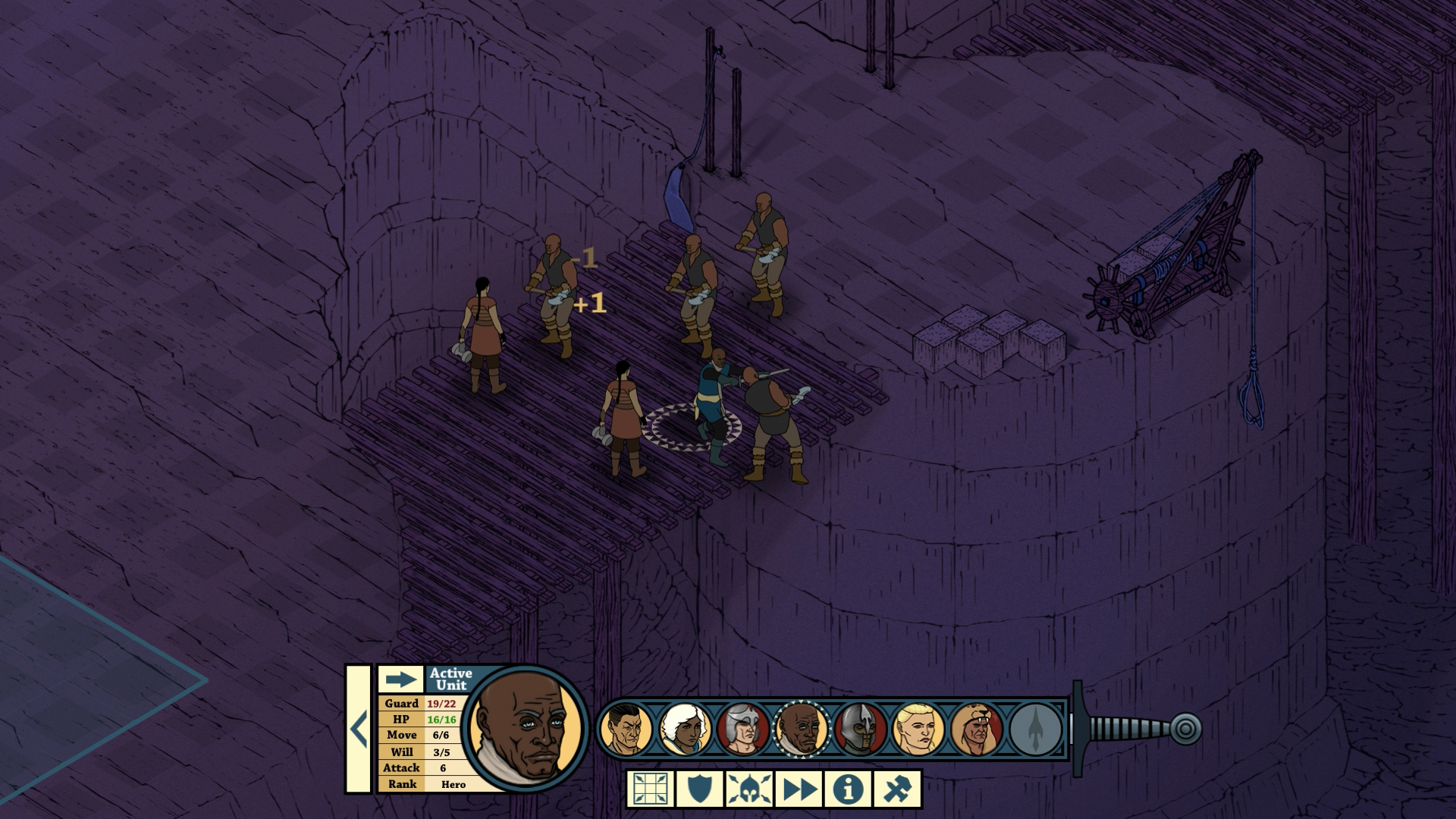 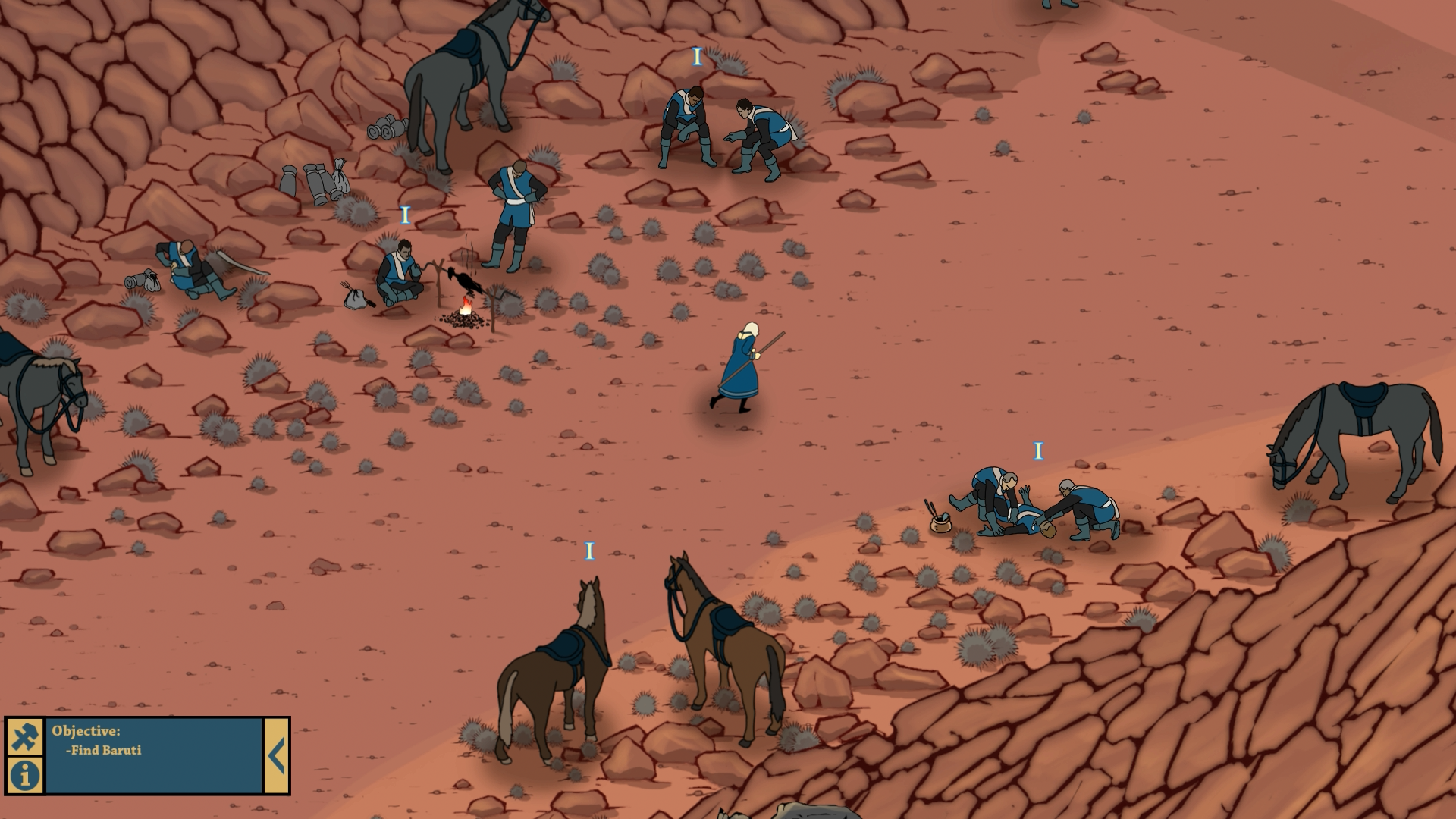 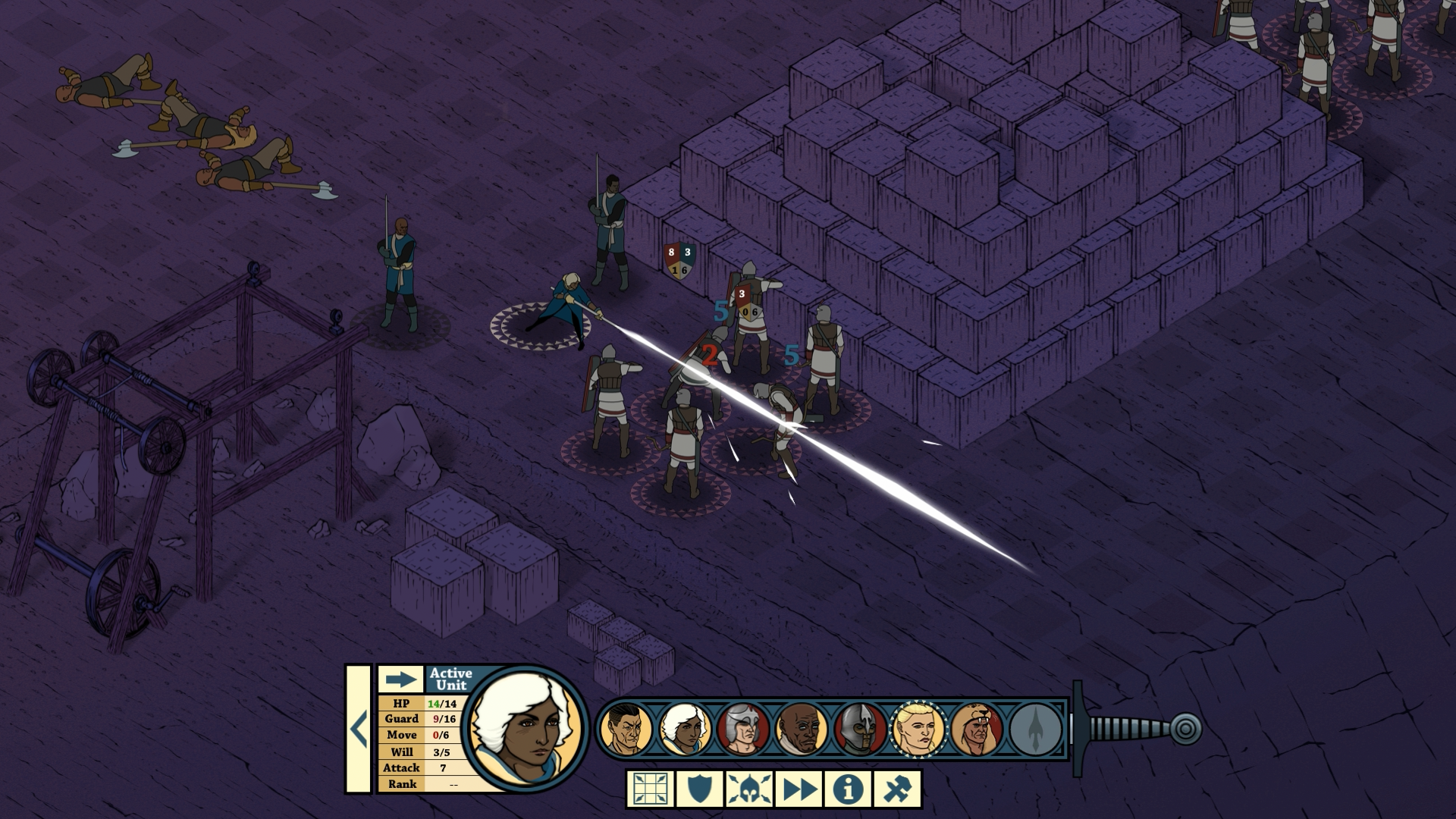 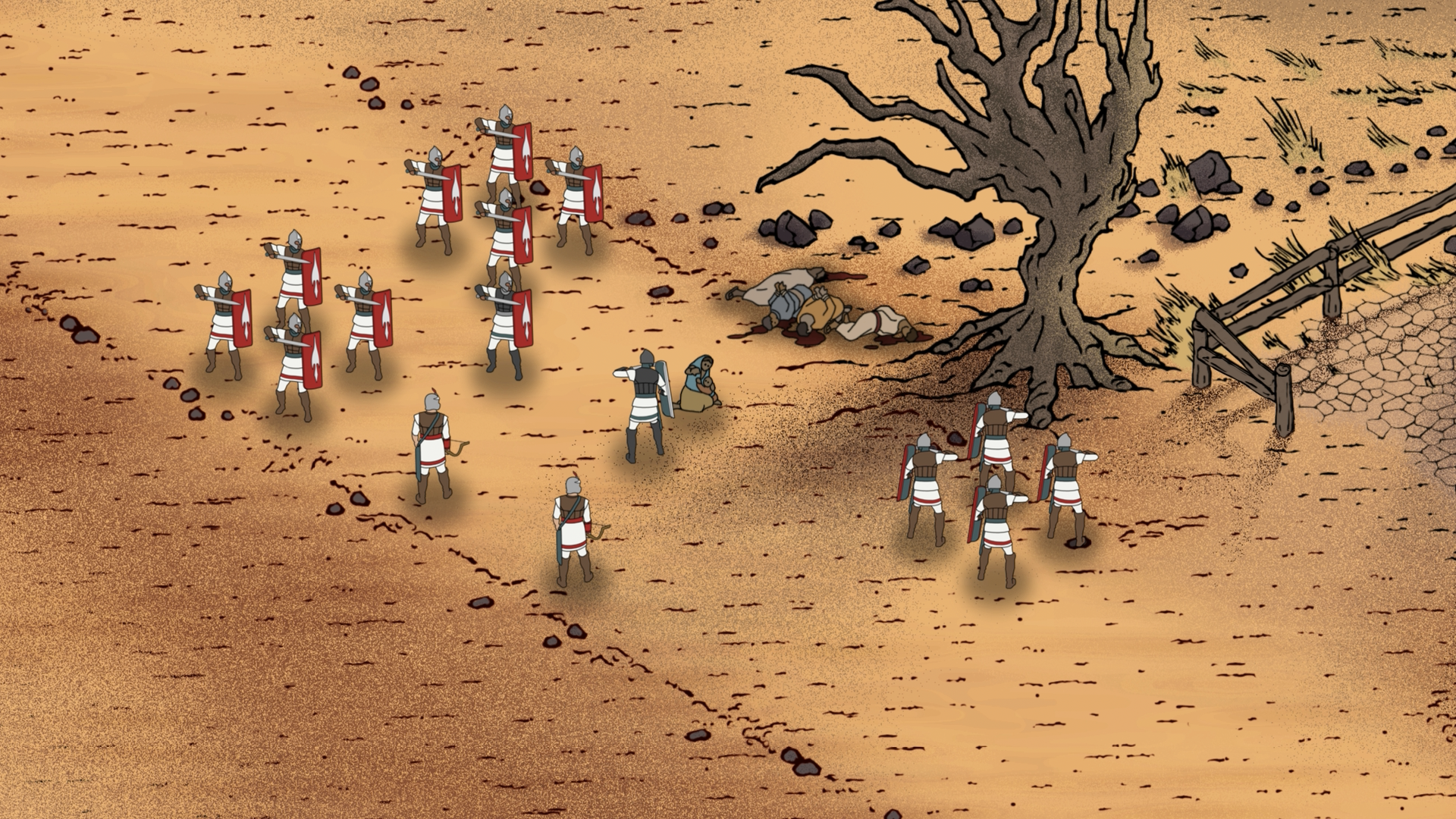 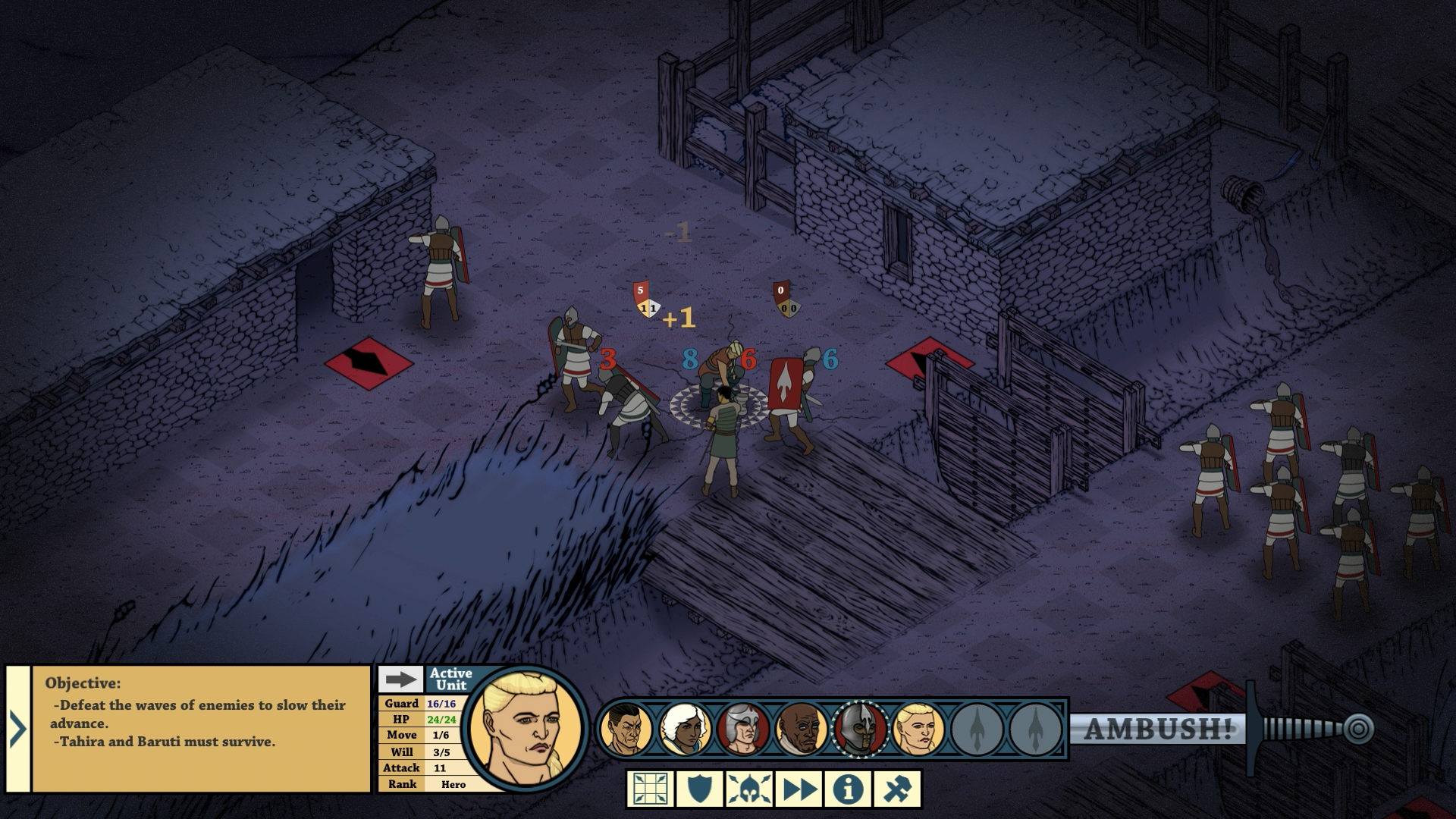 Initially intrigued by the turn-based tactics of the game, for me it is these gridded, multiphase battle scenarios that truly make Tahira shine. Controlling Tahira, as well as her accumulated allies, each character class holds a unique set of stats and special abilities. More than a simple ‘you go, they go’ turn system, Tahira’s tactics are belied by their simple presentation, and stand in league with the heroes of the genre. With no randomization of battles, the linearity of this game is both limited and simultaneously aided in its replay value. On even the medium difficulty setting, replay may be something to make peace with, as you learn the tactics required to survive, including the inevitability of acceptable casualties. However, if you are inexperienced in tactics-based gameplay, never fear; there is an excellent tutorial system.

This tutorial system is one of the best I’ve seen in any turn-based game. Measured out evenly throughout gameplay, each mini-tutorial gets to the point before letting you return to the action, and are able to be skipped individually (after it tells you what the tutorial will cover) or disabled completely from the game menu.

Advertised as a short adventure of approximately 10 hours of game time, it seems that on any but the easiest of difficulties, this is a modest estimate. One shortcoming I personally found was the protracted ‘conversations’ between Tahira and Iba, her semi- anthropomorphized horse. While cute in conveying emotional and content when alone, while amongst other characters Tahira just comes across as another one of us crazies who talk to themselves via their pet. Besides this, the humour and character development is solid, and often quite adult, while still remaining tasteful.

Originally conceptualised as an episodic series when first pitched on Kickstarter, it is unclear as to whether Tahira: Echoes of the Astral Empire will remain a series, or whether this three-person development team are content to have it stand alone. Even as an individual adventure, Tahira and her kingdom of Avestan are well worth taking this path less travelled.