Long before No Man’s Sky, the granddaddy of 4X gaming Master of Orion set the stage for conquering the universe back in 1993. Like the original, Master of Orion: Conquer the Stars is a turn-based strategy, in quintessential 4X gaming style. Playing as one of 10 races, it is your job to eXplore, eXpand, eXploit and eXterminate (the 4 (e)X) your way through the universe, trading with friends and warring with foes. Having played some of the game while in Early Access on Steam, there were clear indications of what was hoping to be achieved in this reboot, but it seemed only fair to wait until the full release until final review.

“…these details could have been the triple-A dusting on top of a revolutionary title.”

I wanted to love Master of Orion. Despite sitting in the wallows of almost-abandonware, a fate that rarely ends in good tidings, it was this same fate that brought us the Fallout reboot, a powerhouse of modern gaming. Wargaming is a publisher who take pride in their work, and despite being a world away from their ‘World of’ franchise, Master of Orion could have brought 4x space exploration into the modern era. The only trouble is, those star systems have been well charted.

In a Computer Gaming World preview of the original Master of Orion, back in 1993, it was said that “Master of Orion is one of those games where one must actually put effort into finding something inadequate about the game design, and that in itself is probably the highest praise this reviewer can give a product”. Unfortunately for this reviewer, the same cannot be said for the reboot. 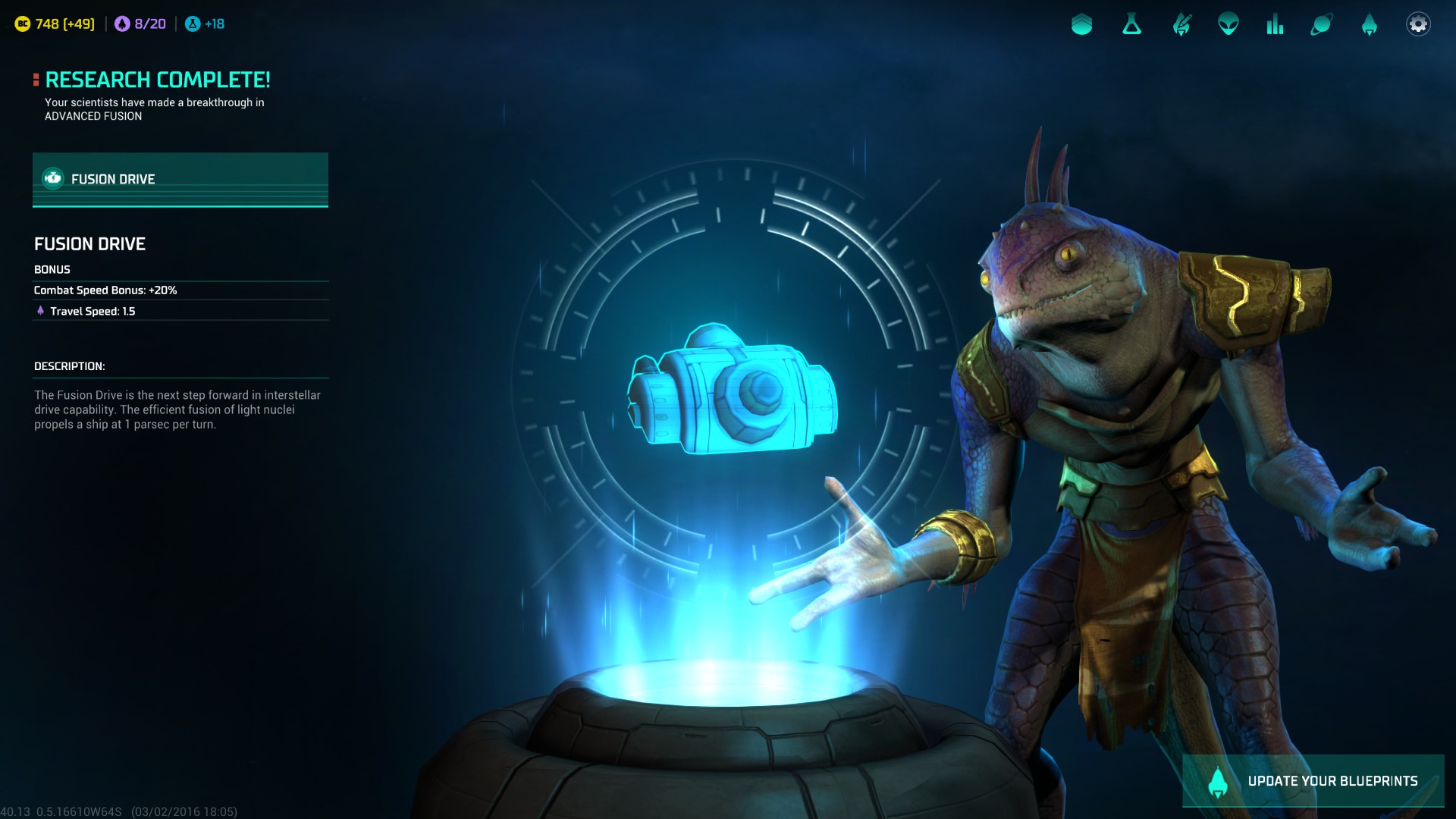 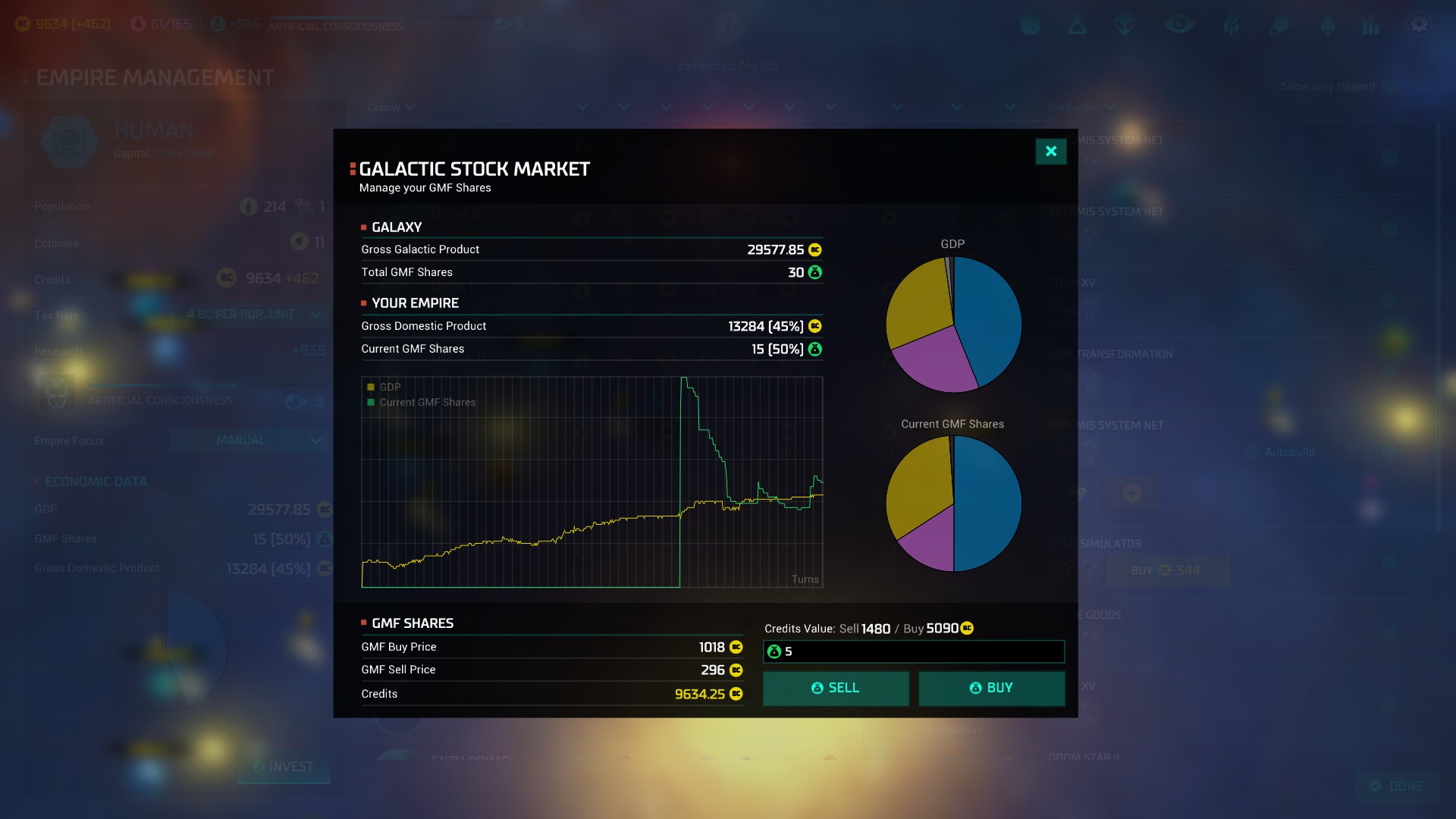 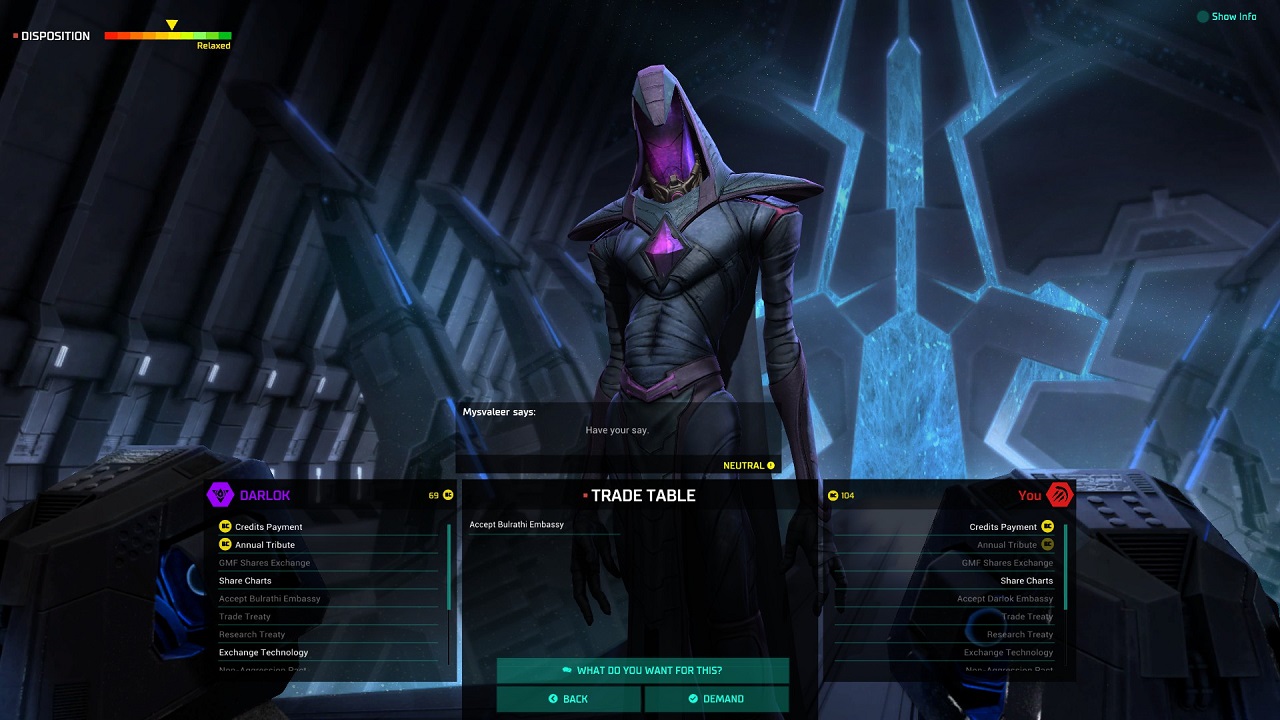 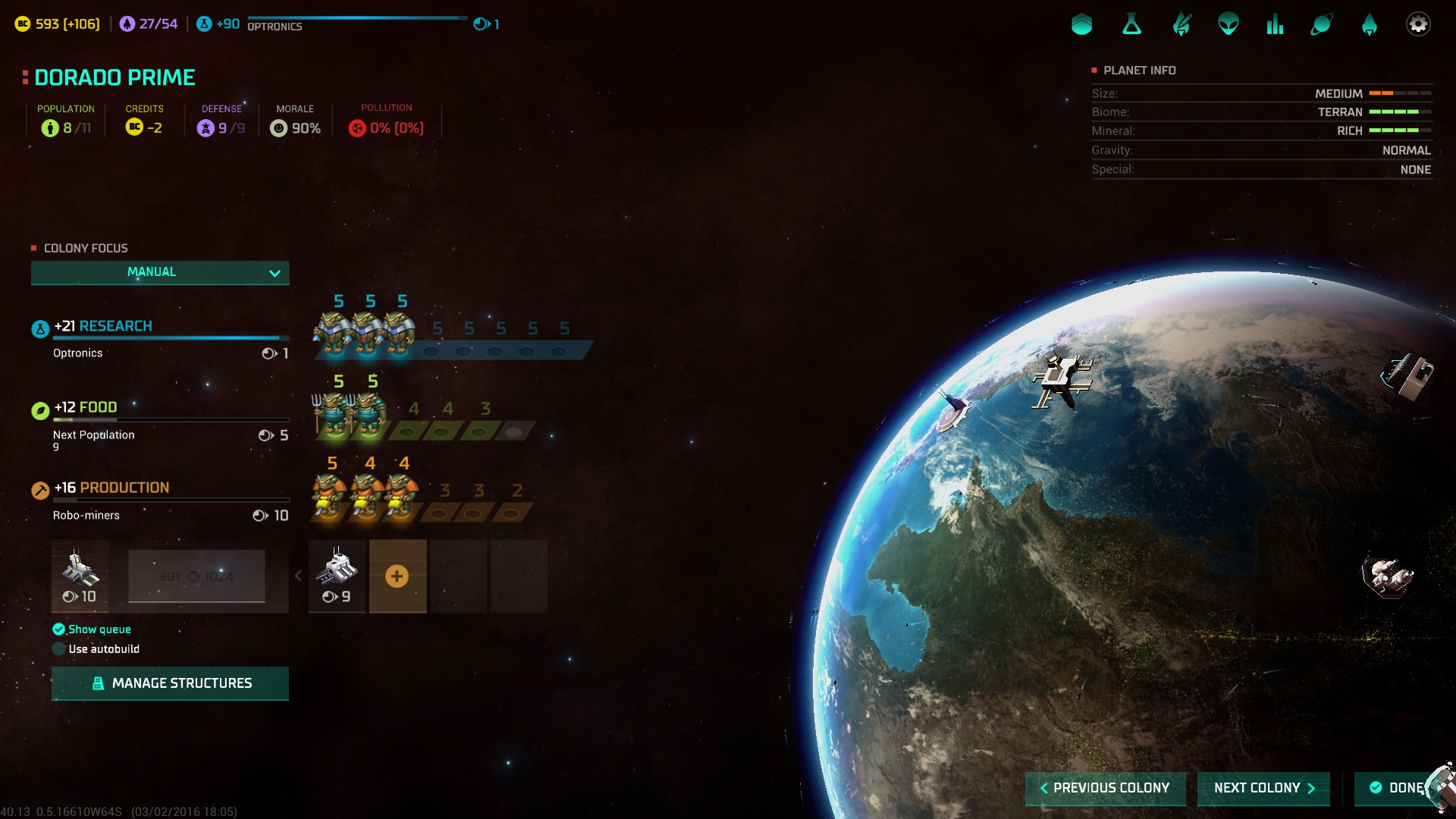 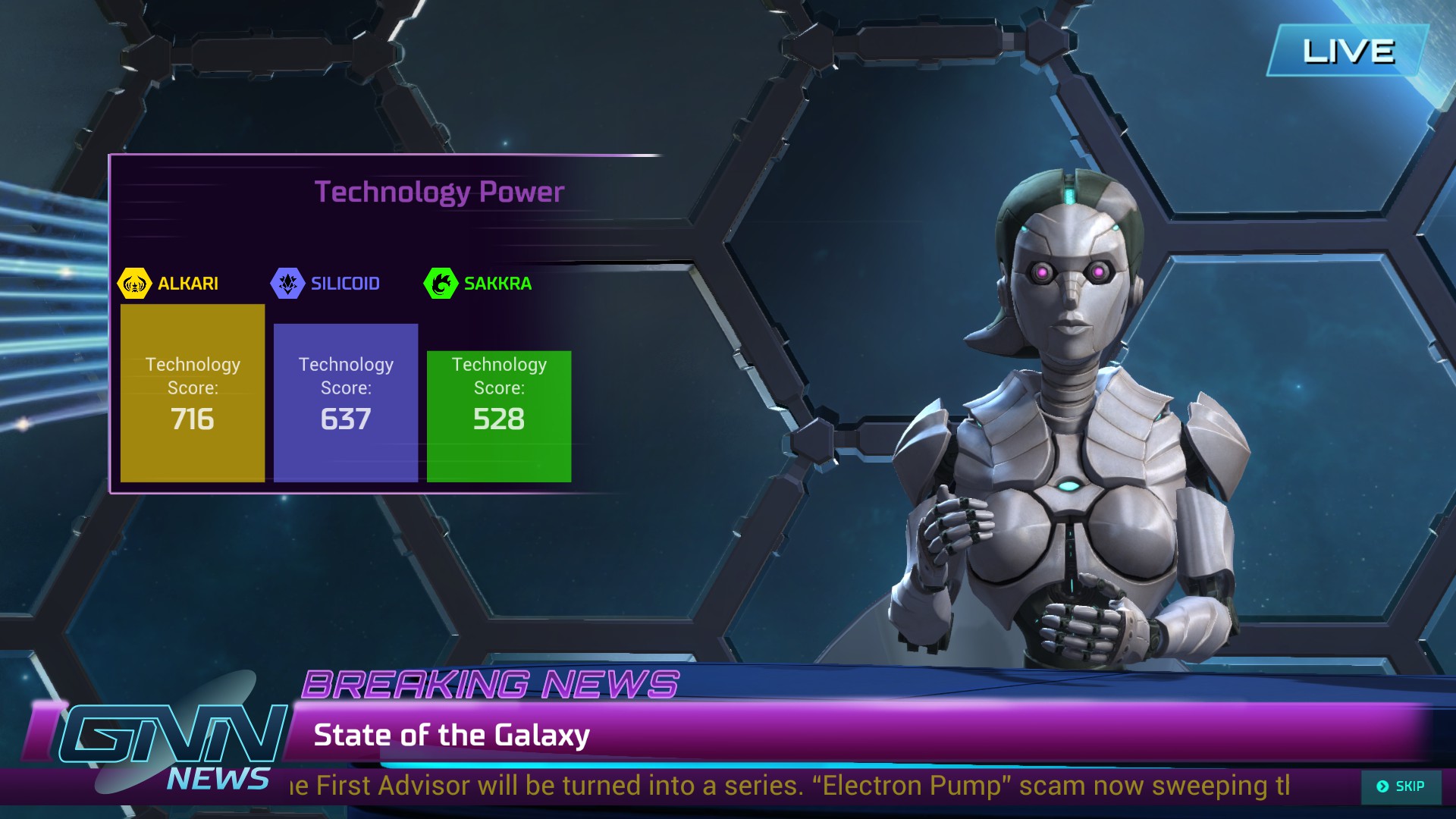 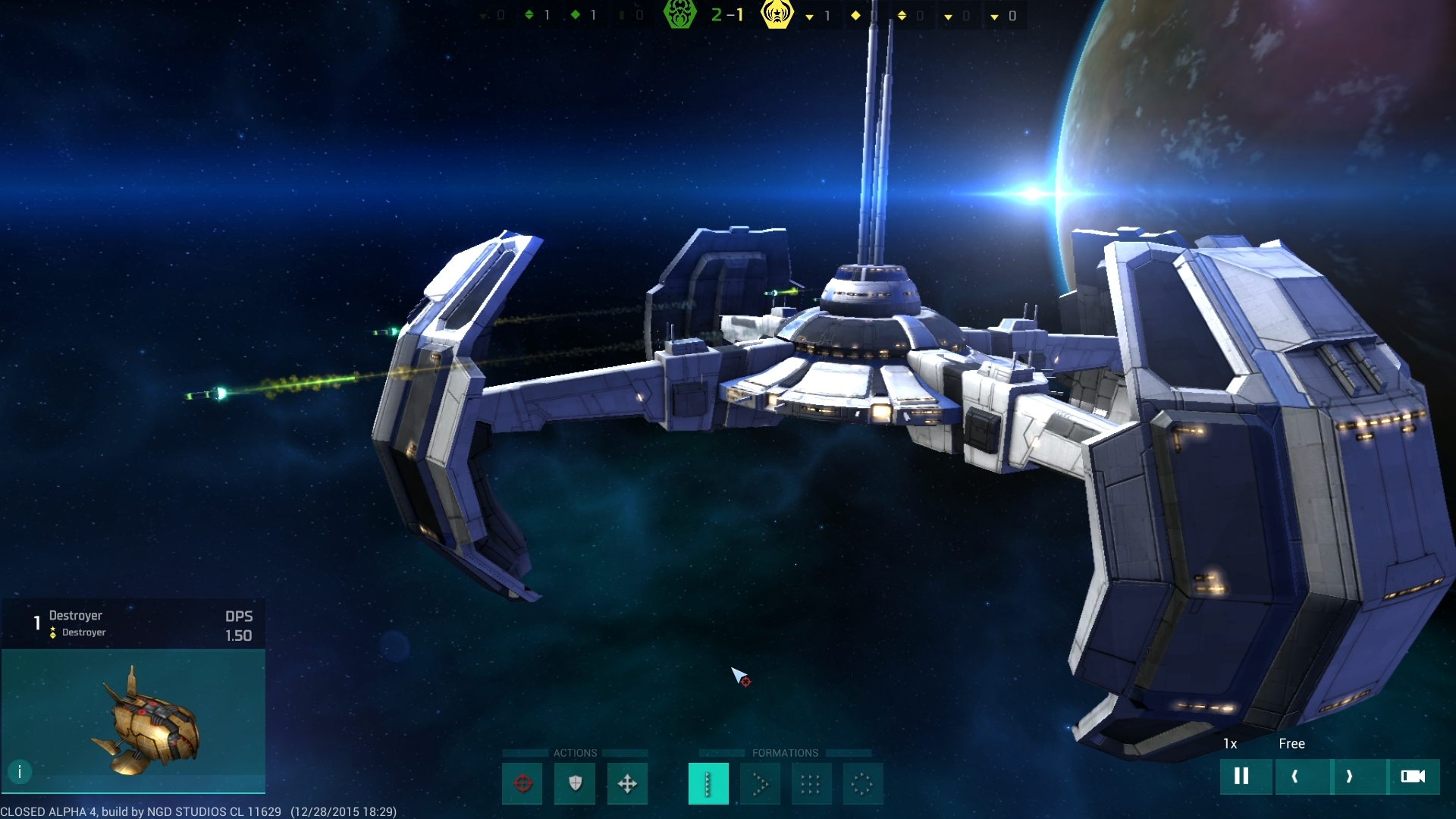 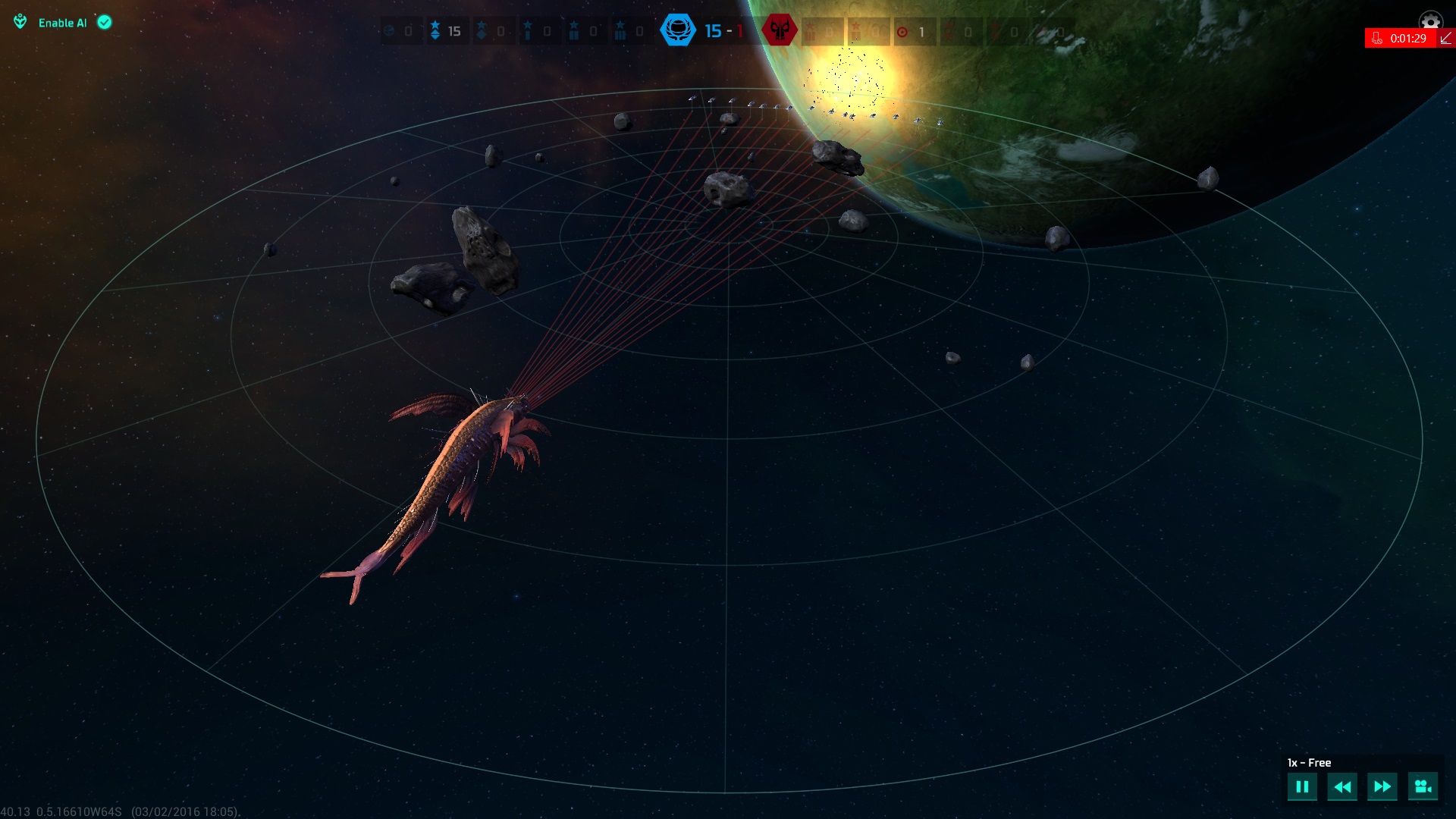 When it comes to actual gameplay in Master of Orion there is plenty to like, but not much that is actually new. Anyone who has ever played a 4X game can skip the tutorial. While starting in a new game universe is akin to learning a new language, this the click-heavy detail won’t do a whole lot to help that. The only interesting detail is the battle system which, within the turn based structure, gives the option to have them given over to complete real time control, be resolved instantly or a hybrid between the two. This means that players who prefer to rely on statistics and luck can leave battle to the background, but for those willing to take the helm in real-time combat, wars can be won where lesser captains would fall.

Even if you are not planning to take part in these space battles, they are worth a watch, and do signify one of the great developments in this reboot of the franchise. The other big ticket development of Master of Orion is the voice acting, which makes the diplomacy screens a star studded affair worthy of attention.

With Michael Dorn (Worf from Star Trek: The Next Generation) also narrating the game, these details could have been the triple-A dusting on top of a revolutionary title, but instead come across as a two-trick pony that has long passed its heyday. The experience was unpolished, not only during Early Access but again on release play through. And considering many of these elements have been since created in other titles more effectively, little excuse can be made for the execution. There is nothing wrong with Master of Orion, and if I had nothing else to play I might even be content. But the lack of variation in AI player relations, and my personal distaste for turn-based multiplayer, I can’t say this with full sincerity.

If you told me 5 years ago that a Masters of Orion reboot was out, I and many others would have been champing at the bit for a modern 4X strategy title, let alone one of the great names of the industry. Back then Civilization V had just been released, and while this showed us that on Earth it was still able to reinvent the wheel, by way of a hex grid, little had been done in modern space exploration. Master of Orion 3 had disappointed when released in 2003, and while some competition was found in Galactic Civilizations, it was, at the time, a fairly underground development.

Since this time it would seem players got tired of waiting and developers, either experienced in other 4X games or simply looking to break into the market, found an in with the now seemingly defunct space 4X IP and begun creating clones. Suddenly we had Endless Space in 2012, StarDrive; Civ: Beyond Earth in 2014 would only serve to remind 4X gamers of what they were actually waiting for, and Galactic Civilizations, now a powerhouse of the genre in its own right, released the third in its series of titles in 2015. What do these titles have to do with Master of Orion? The answer is simple: EVERYTHING! Most of these titles were unabashed in their cloning and design, and even titles which have varied away from the specific genre, like Distant Worlds Universe and Stellaris each borrow heavily from the original Master of Orion structure, look, races and gameplay. While this is no fault of the Master of Orion franchise, it none the less has set a pinnacle that must be traversed.

Master of Orion is a perfectly adequate modernising of a classic franchise. It has all the details you would expect to find in a 4X game, with a couple of extra touches for good measure, all wrapped up in the official fan-favourite franchise. With the soft release of Early Access, initial awe in seeing my favourite races updated and brought to life by sci-fi favourite stars was mixed with at times buggy gameplay. While this notably improved by the official release, the presentation wasn’t completely flawless. Whimsical cutaway robot-news anchors and visual battles were soon skipped over in favour of the standard turn-based strategy game play, which is fine, but doesn’t reinvent the warp-drive.