Released back in 1997, Shadow Warrior was an incredible example of the FPS genre. The game featured both melee and ranged combat, amazingly tight and responsive controls, and a wise-cracking, non-conventional protagonist by the name of Lo Wang. After a re-boot in 2013, the Shadow Warrior franchise has finally received its sequel and it’s just as chaotic, tightly-controlled and as non-conventional as the previous iterations.

With the FPS genre evolving a lot over the last couple of decades, a recent trend has seen the resurgence of the ‘old-school’ variant of shooter returning to our monitors. Games such as DOOM (2016) have shown that players can really connect with classic shooter mechanics and glorious run-and-gun gameplay. With Shadow Warrior 2’s roots cemented solidly in the old-school style of FPS and the developer (Flying Wild Hog) having made classic FPS’s in the past, I very much expected Shadow Warrior 2 to follow this trend. To my surprise though, the game has thrown away any notion of sticking with the classic FPS formula and has instead rampaged into brave new territory for the franchise. Questing, looting, levelling – Shadow Warrior 2 has become a full-on RPG. This change of direction stumped me for a little bit because it wasn’t exactly what I was expecting nor desiring, but after sinking a couple of hours into the game, boy was I happy that it went down this path.

Shadow Warrior 2 retains everything that made the original game so great. It has fantastical fun and well controlled combat, a fast and chaotic pace and it manages to walk the wobbly beam that is hybrid gun/sword-play. The game hands you new guns as if they were candy on Halloween and each one feels powerful and unique. Blasting holes through your enemies or transforming an innocent bunny into a fountain of giblets is as satisfying as it is needless. Weapon upgrades can be found that alter your gun-play even further by introducing exciting and destructive abilities such as elemental damage, dual wielding or exploding bullets. However, the game really comes into its own when melee combat takes centre-stage. So many games have struggled to balance melee combat within an FPS but hot damn, Shadow Warrior 2 really nails that formula. Each swing of your weapon feels forceful and meaty. Charge attacks and riposte’s accompany your basic swings which give you multiple ways to carve up your foes. As a ninja, Lo Wang also possesses a lot of movement options that means you can get in close, do damage and then get out, always keeping your enemies exactly where you want them.

Lo Wang’s movement abilities actually deserve a lot of recognition because they are so freeing and empowering to use. Sprinting, double-jumping, dashing and pulling yourself up onto ledges can all be performed without a stamina bar, resource expenditure or a cool-down. This means that you don’t ever feel restricted to use movement to your advantage and it means you have the tools you require to survive a horde of angry demons.

The game sets a chaotic and frantic pace. Stopping in place during combat means that you will take a lot of damage quickly so you have to keep on your toes. This pace is intrinsic to the game’s design and is backed up by many of the game’s mechanics. Dying will only hinder you slightly and you will be  immediately thrown back into the game without a cut-scene or extended animation. Swapping between weapons is quick and easy and movement (as mentioned earlier) is incredibly fast. A minor gripe of mine would be that some of the movement related first-person animations feel too exaggerated and drawn-out, slowing down the pace and creating disorientation. A more major annoyance comes from the game’s UI when upgrading weapons. I’ll discuss this in more detail soon but the system is just so slow and cumbersome that it completely juxtaposes the pace set by the rest of the game. 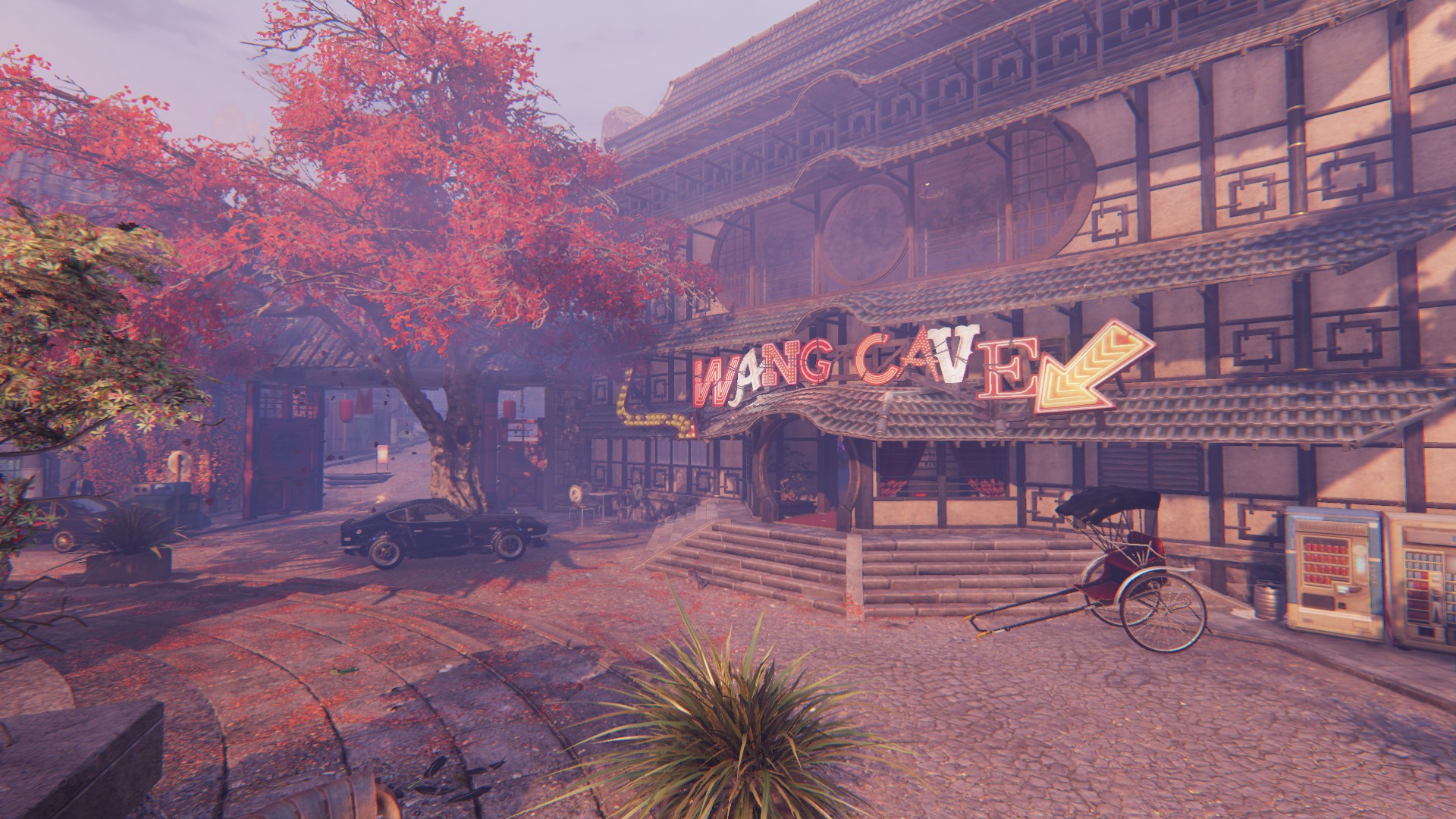 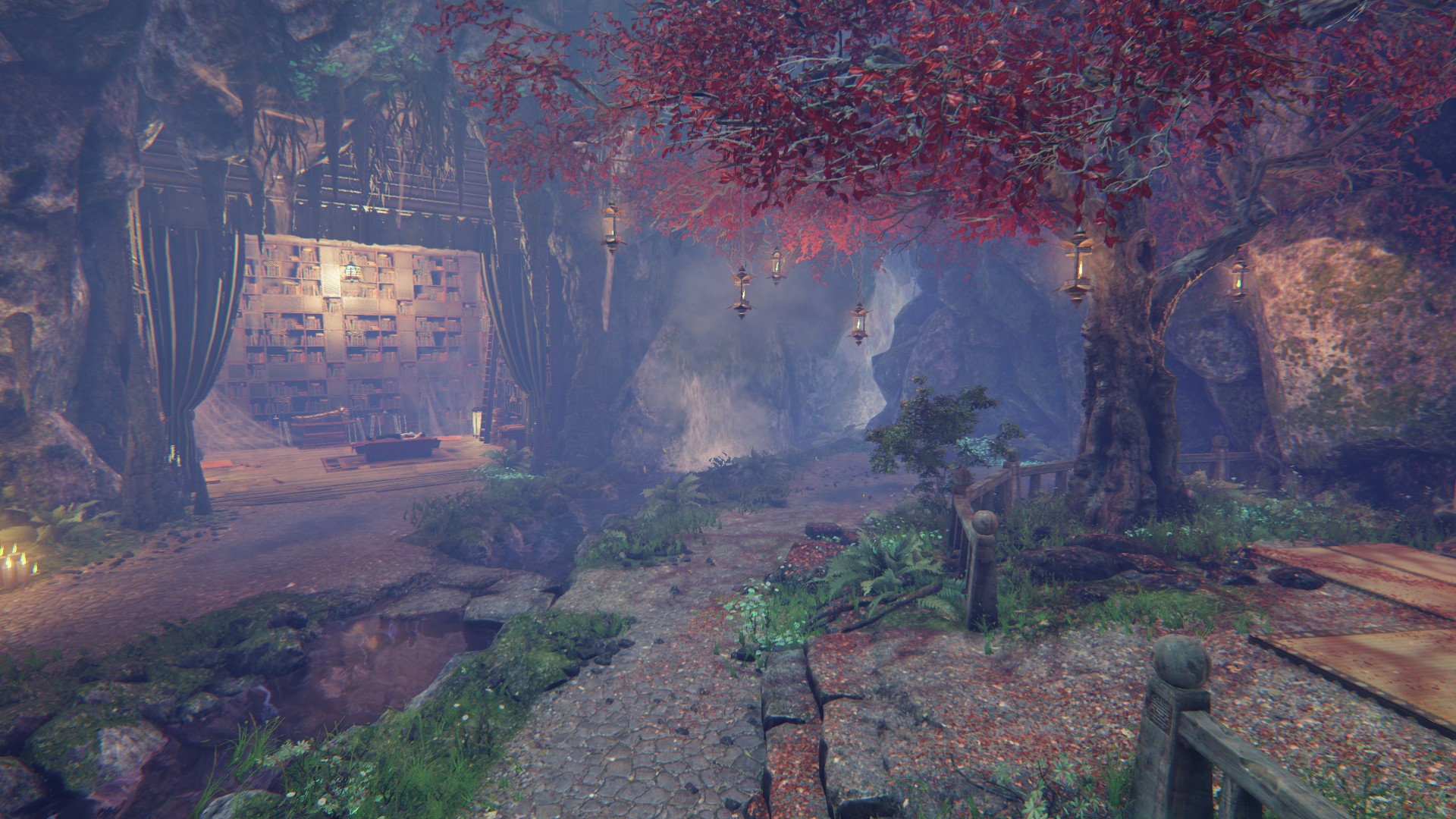 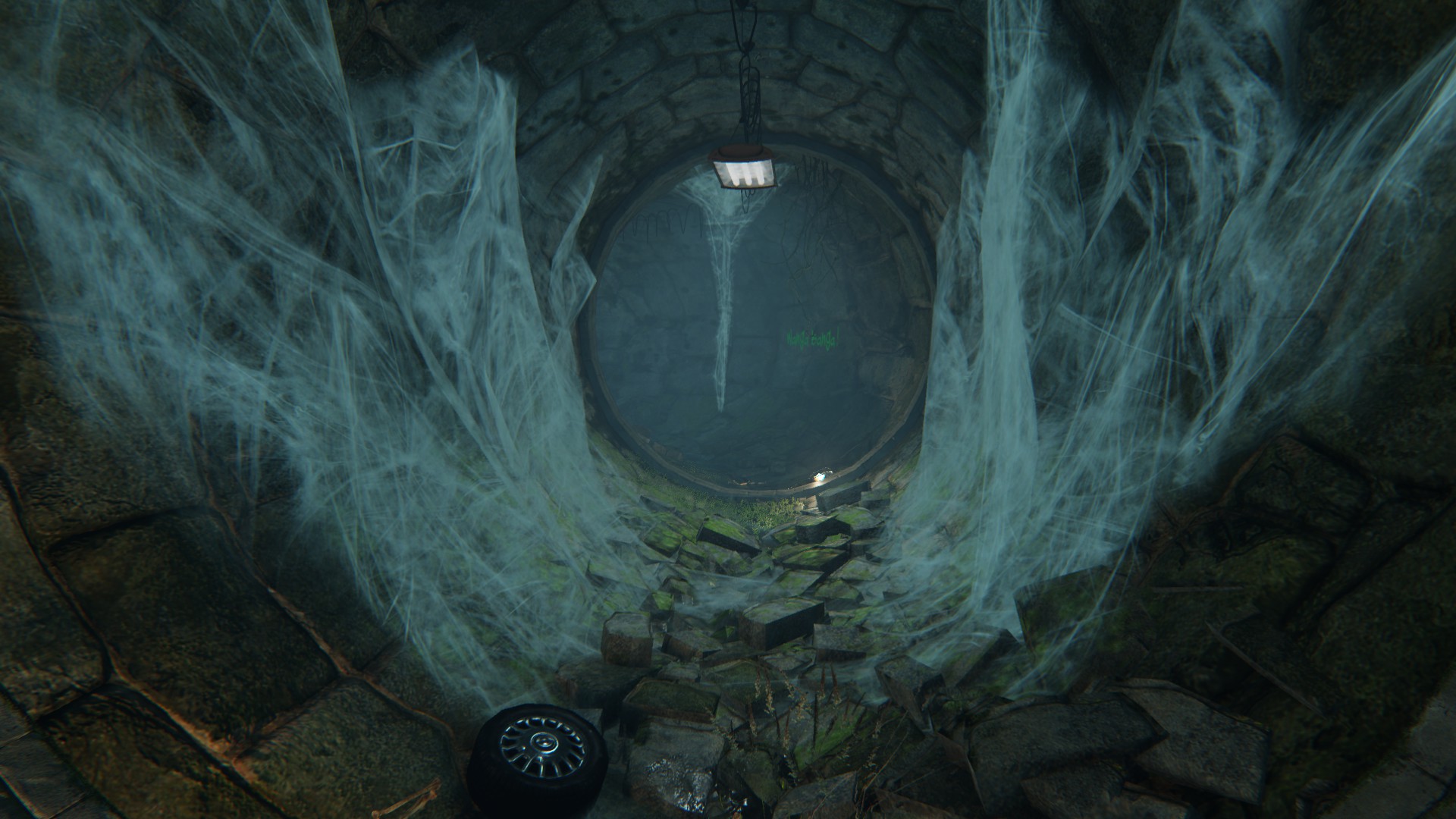 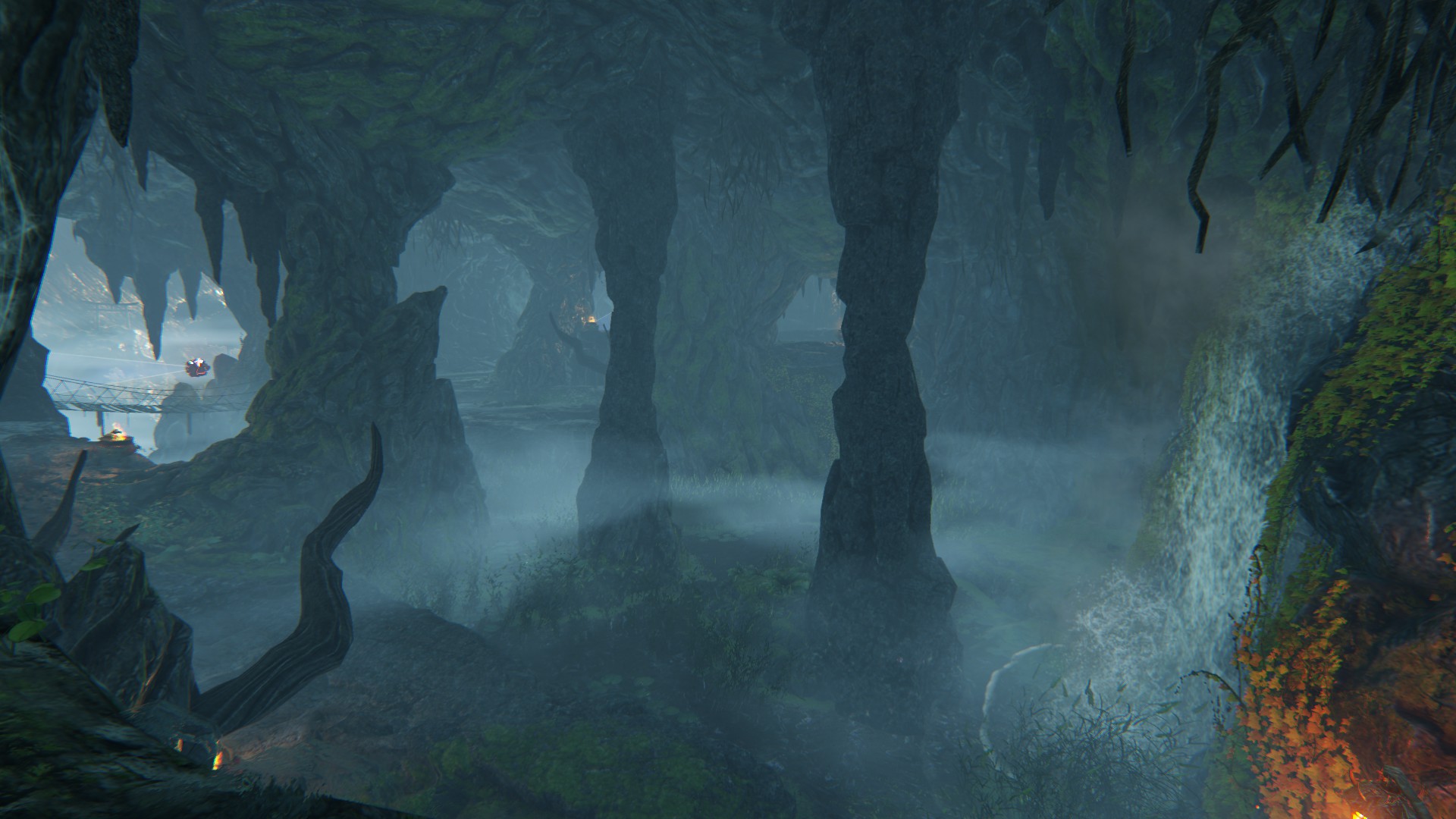 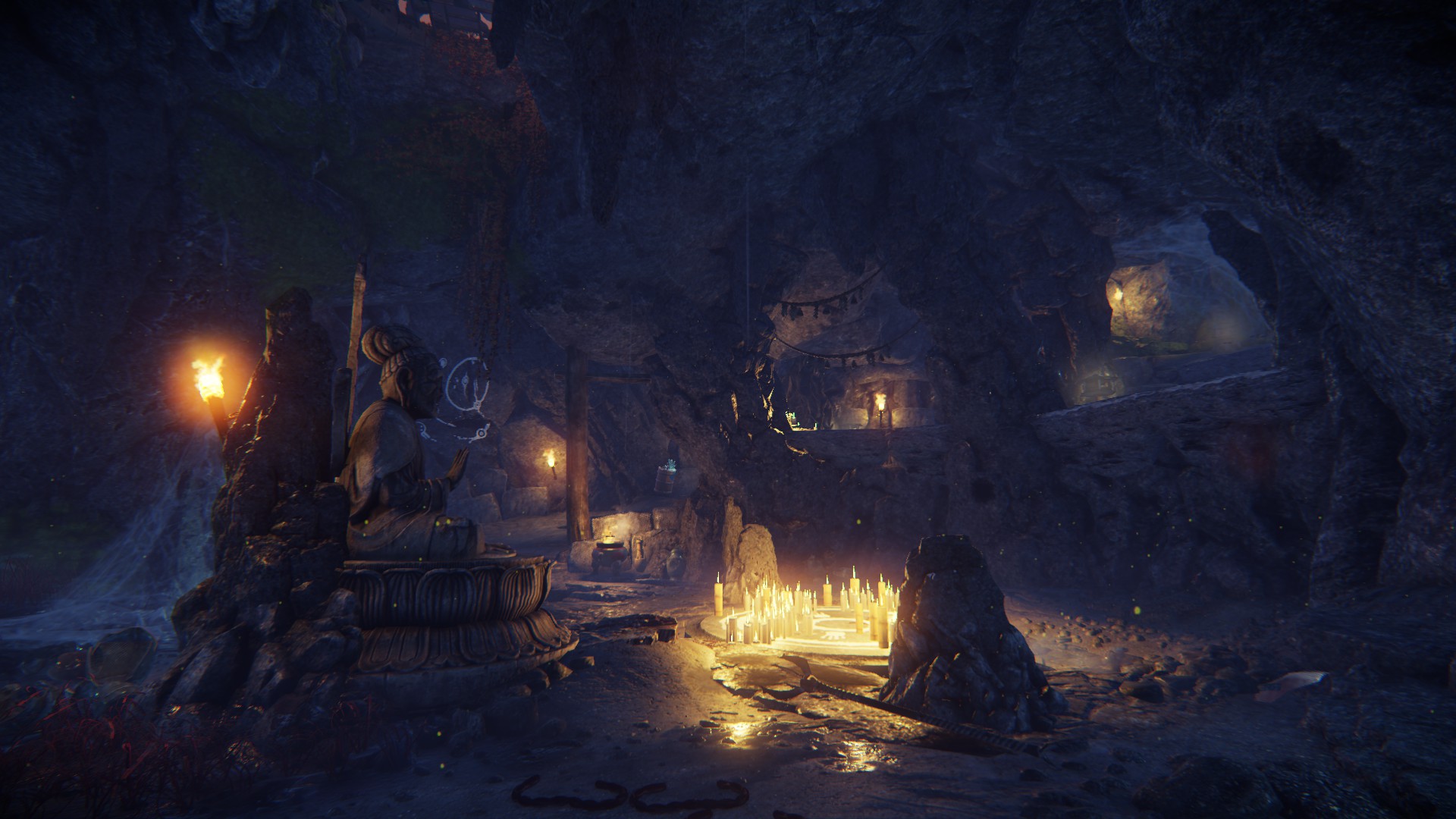 As mentioned previously, Shadow Warrior 2 has adopted a lot of mechanics that are new to the franchise and that move it into the RPG/FPS genre, akin to a series like Borderlands.  The game can also be played cooperatively with up to 4 players to really solidify that Borderlands comparison. Questing, side-questing, merchants, enemy health bars and damage indicators all add to the complexity and interactivity of the Shadow Warrior world without detracting from its gameplay. Weapon and skill upgrades add a huge amount variety to the game’s combat and create a level of strategy when it comes to perfecting your load-out. Enemies now additionally come in large, elite or boss forms and carry elemental resistances, weaknesses and special abilities which makes each fight challenging and unique. Colour-coded loot explodes out of the corpses of tough mobs which makes for a fun reward and chests can be hunted down and opened for similar effects. The world is also more ‘open’ with increased verticality, multiple paths and secrets to find. There is also a certain amount of randomisation that exists to each levels design so that the game retains its freshness for a second play-through.

Where the game begins to lack is in some of the looting and weapon upgrading aspects. Finding gems amongst loot and using them to imbue your weapons with boosted stats and special abilities is an idea that holds a lot of merit. The implementation of this system on the other hand left a whole lot to be desired. The sheer commonality and quantity of new weapons and upgrades meant that in order to utilise your best items you would have to jump into a menu and update your entire weapon load-out far too frequently. The menu wasn’t particularly sleek either so comparing/updating gems was cumbersome and slow. This left you in an uncomfortable situation where you either play large chunks of the game with older, sub-optimal weapons and upgrades or literally spend hours navigating the game’s menus in order to update your tools. I quickly decided on the former rather than the latter which ended up making loot collecting and hunting less rewarding. A lot of the colour-coded loot drops share the same colours as well which made things more confusing and bland than they ever should have been.

Shadow Warrior 2 tells a passable story that sees Lo Wang work for the Yakuza when things begin to go… crazy. The narrative structure of the game isn’t particularly amazing but if I’m honest I don’t think it was ever intended to be. Shadow Warrior 2 understands that sometimes a game can just be stupid and fun and doesn’t have to try to explain every plot point or character arc. Lo Wang provides a constant stream of humour that is more campy than it is laugh-out-loud funny, but once again I think that’s deliberate and part of the game’s charm. Shadow Warrior 2 is a satire of Kung-Fu films and other eastern media. It may not be particularly witty or clever but it only exists to remind the player not to take the game too seriously. Ridiculous moments are fairly common place and they help to set the tone for a ridiculous game. If you really can’t stand Lo Wang and his particular brand of mildly offensive and eye-roll-inducing humour then you can completely turn his voice off in the options – a feature which I find hilarious in itself.

Some lines of voice-over can be overused during battle and the game has a habit of starting conversations during combat, making it very difficult to hear what the characters  have to say. These critiques are unfortunate but  they don’t actively take too much away from the game, since you probably shouldn’t be playing it for the dialogue/narrative anyway.

A genuinely great example of both melee and ranged combat. Shadow Warrior 2 is the perfect combination of  over-the-top cheesiness and empowering combat that just feels so good. The added RPG elements aren’t yet perfected but they do add a layer of depth and enjoyment to already fantastic gameplay. Leap into the game solo or with friends and experience the chaos and lunacy for yourself.