Since 2K Games took over the WWE franchise a few years ago, year on year we’ve seen tweaks and changes to the tried and true wrestling formula, with slower and more methodical gameplay that really matches the pace and style of the bouts you see on TV every week. WWE 2K17 is no exception, with further enhancements to what was already a solid entry last year. Where the gameplay has grown in leaps and bounds, the feature set this time around has almost remained exactly the same, which is a shame and something that needs to be rectified next year.

What makes WWE so addictive and interesting to watch is the back and forth style of wrestling that creates a story in every match. The limited amount of reversals has been kept, which means that you can’t just mash the counter button to escape everything, and must choose the right moment to turn the tables. As someone who plays these games every single year, I’m also pleased to say that there are a lot of new animations this time around, which freshens up moves that were starting to feel a bit stale.

The main changes really come into play when you’re in a match with more than two competitors like a triple threat or a fatal four-way match. The targeting system has been improved, so it’s very clear which wrestler you’re facing at any given time, and is easily switched with the press of a button. This prevents a lot of the frustration from previous titles where you’d often feel like you’d just have to hope for the best.

“I found that it made the matches feel a lot less chaotic and more true-to-life, which is exactly what I wanted.”

Also in these matches, after a powerful move or slam, your character is forced to roll to the outside of the ring to recover. This is a tool that is often used on the shows to allow wrestlers to take a breather and keep the focus on the two superstars that are left in the ring, creating drama and opportunities to pick your spots and take advantage. It works well here; you can wait it out until you’re allowed back in or jump back into the fray earlier, but with a debuff. I found that it made the matches feel a lot less chaotic and more true-to-life, which is exactly what I wanted. 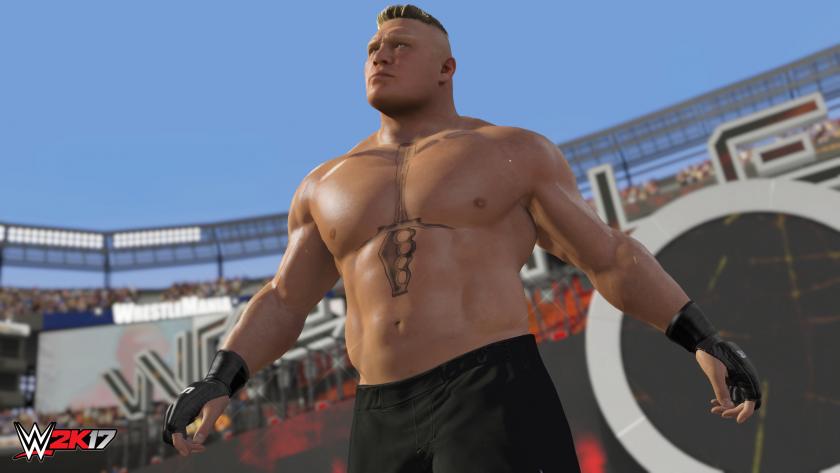 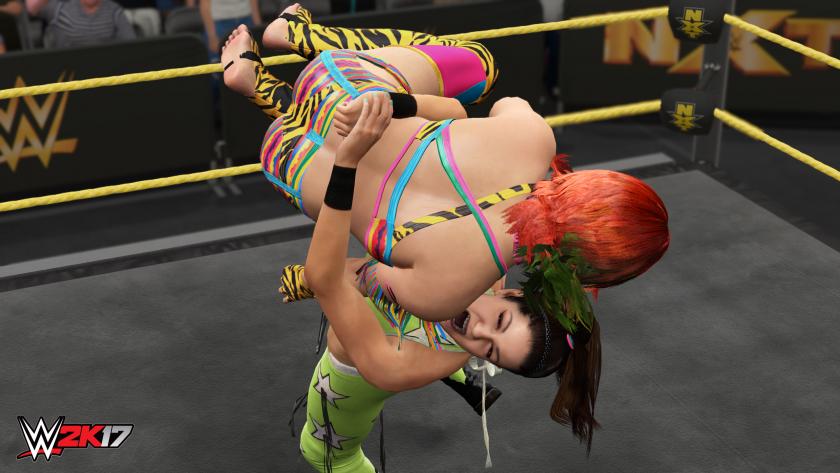 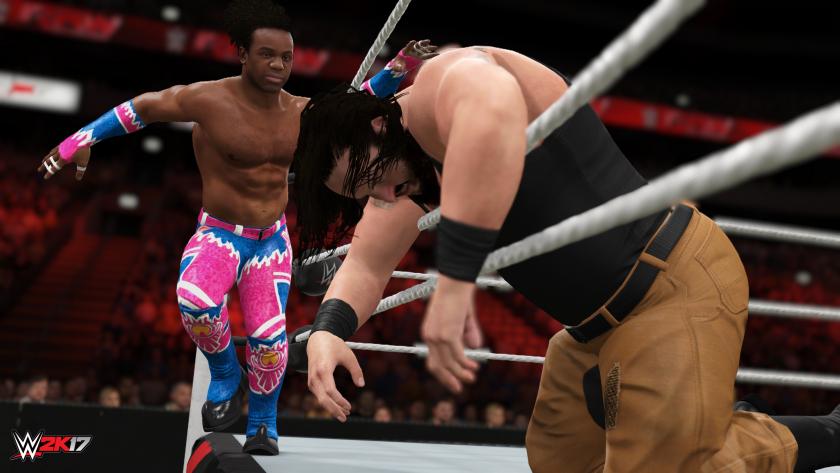 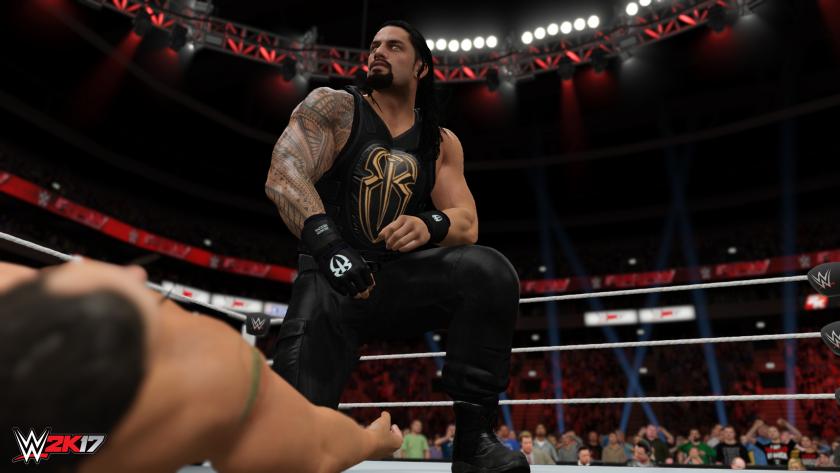 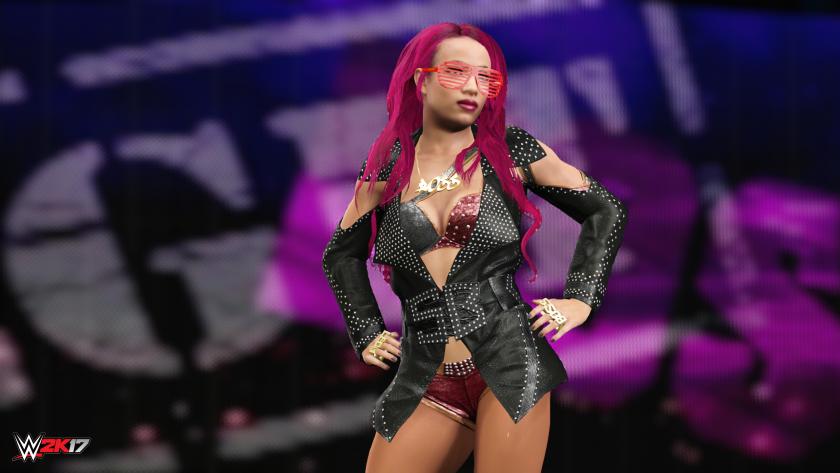 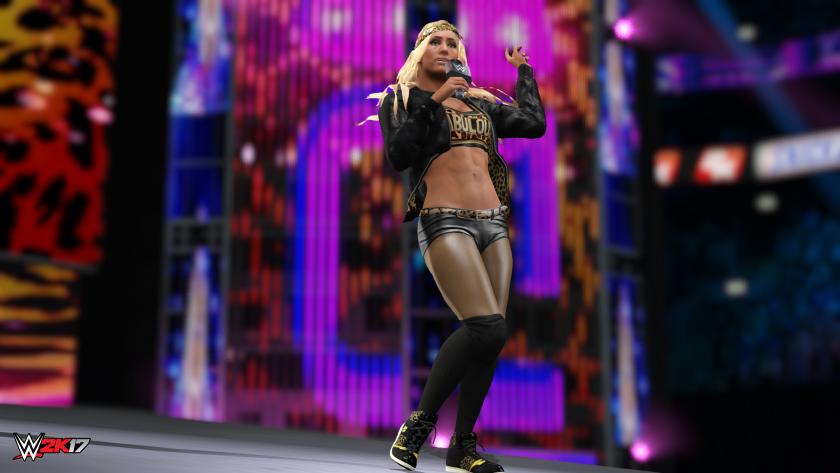 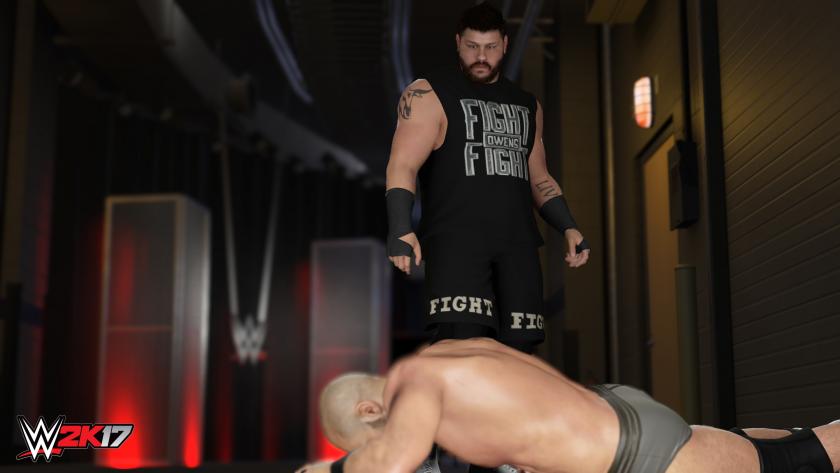 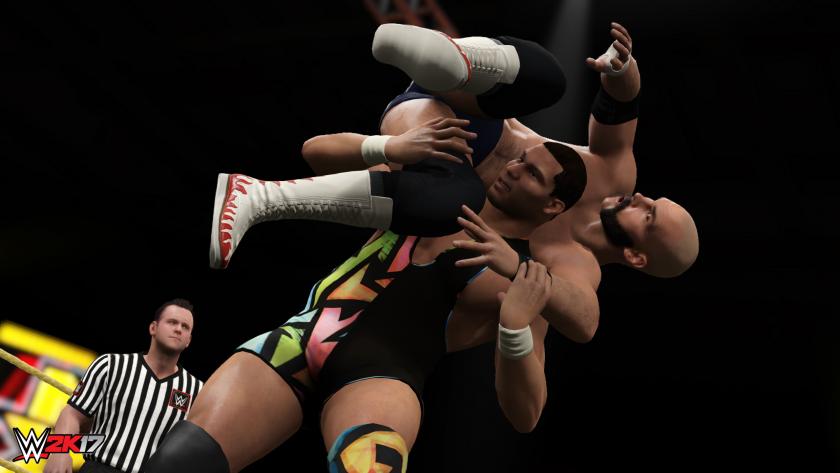 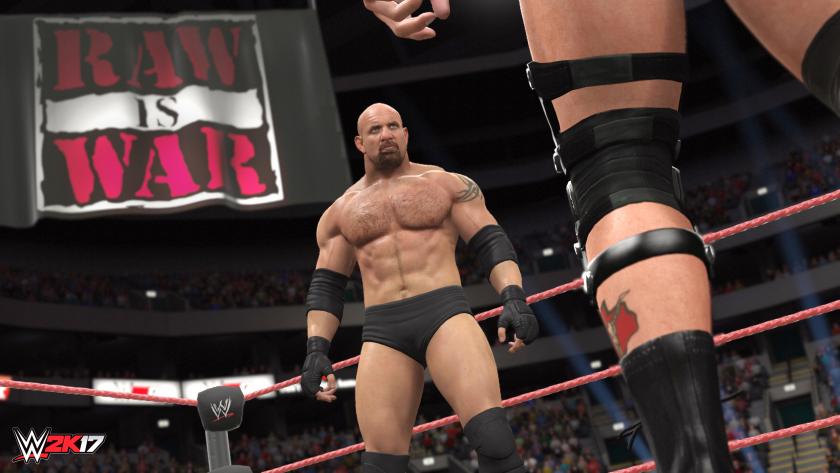 Some people may be disappointed to learn that there is no 2K Showcase mode this year. Previously this would take you on a journey and history lesson of a particular superstar and have you re-enacting moments that defined their career. It’s noticeably absent when that really only leaves us with the MyCareer Mode for those who want a bit of storyline with their wrestling games.

Much like 2K16, these start you out as a new recruit learning the ropes in NXT before proving yourself and finding your place on the main roster. You’ll take part in feuds and storylines, but the path to get there is a slow and painful one. You’ll find yourself wrestling the same people over and over in NXT before eventually being allowed to do something different; it’s the equivalent of a slow repetitive grind in a JRPG and gets old quickly.

You can now cut promos to show off to the crowd by picking responses that will either resonate with them or fail to hit the mark, impacting the reaction you’ll get from the WWE Universe. This is great in theory but awkward in practice. I often thought I was choosing the best things to say but getting a negative reaction, without any real reason why. Strangely, all the dialogue is mimed with text on screen, which takes away from the otherwise slick presentation.

It’s worth a mention also that the roster this year is gigantic, with heaps of NXT superstars and the largest range of women wrestlers ever, which is wonderful to see. They’ve also included backstage brawling into the mix,  and the deep level of being able to customize, build and share your own WWE Superstars, arenas, entrances and more with relative ease remains a strong suit. With a program that so frequently adds new Superstars into the mix in real life, you’ll be able to update your roster quite quickly thanks to the creativity and skill of other players creations, which is awesome.

With the gameplay tweaks and deep creation systems, WWE 2K17 is incredibly strong, perhaps stronger than ever. It’s a shame that MyCareer has been left a little stagnant, so maybe that will be the next major addition that gets a much-needed update. Now that the most important part of the series has been refined so much, it’s time to fill it with more features and things to do, along with a better solution to single player content. Despite still being super solid where it counts, WWE 2K17 feels more like a rest hold rather than the devastating finishing move it should be.