Rhythm and music games is a genre that has been very popular since titles like Guitar Hero hit the scene, but they’ve been around much longer than that. One of the best examples in recent memory is Rhythm Paradise Megamix which uses fun imagery and loads of cute, memorable characters to make simple rhythm games feel very engaging and interesting to experience.

The story is basically adorable; you have to help people get their ‘flow’ back so you can get your new afro-wearing friend Tibby to reach his home – Heaven World. Helping a range of zany characters get their flow back is as easy as completing a few different rhythm games, each to do with listening to music and using the right timing with the press of a button.

There are over 100 different rhythm games available overall and while on paper ‘tapping to the beat’ doesn’t sound like enough to justify a whole adventure, Rhythm Paradise Megamix gives every challenge its own unique, colourful style. From simple acts like catching fruit that bounces down stairs or a game of table tennis to more detailed efforts like a samurai saving a princess from demons or a scientist stopping a nasty virus from spreading, they are varied and often left me with a big goofy grin on my face as I was tapping away. 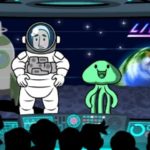 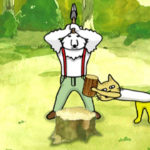 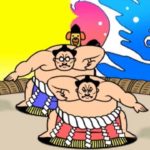 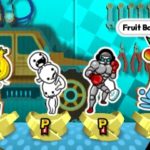 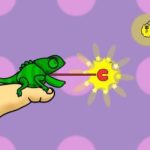 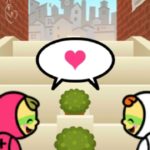 Each game will score you based on how successfully you time your button presses, which leaves a lot of room for replays for those players who want to try and get a perfect 100. Not only will you want to play games again and again on a scoring basis, you’ll want to play them again just because they’re so enjoyable. Much like you’ll want to listen to your favourite song again and again, several of the games had me eager to give them another go to try and get the tune out of my head.

There are some extras beyond the journey and progression of the story, including additional games, goat-feeding, StreetPass activities and other distractions. It’s an easy game to play in short bursts as all of the included rhythm games only taking two or three minutes to complete; it’s also genuinely funny in that wacky Japanese kind of way.

A group of dancing cats or a baseball player who is constantly changing his facial expression with each progressive swing of his bat shows off the ridiculous animations, and is reminiscent of WarioWare. If I was to complain, I’d say that essentially most of the rhythm games are similar and repetitive but that’s also part of its charm.

Rhythm Paradise Megamix is the perfect game to unwind, have some fun with and not overthink what you’re doing. While the core gameplay is almost too simple for its own good, it engages in a way that other rhythm games don’t even bother due to its creativity and wacky sense of humour. It gives the repetitive action of tapping a button to the beat some real purpose. After all, finding your flow could very well be one of the most important things you’ll ever do.