Whoever came up with the idea of crossing mechs and a first person shooter with competitive sport is an absolute genius. RIGS: Mechanized Combat League is a triumph among virtual reality titles, and if you haven’t got it yet, please consider doing so.

RIGS: Mechanized Combat League has a very strong multiplayer set up, and is similar to EVE: Valkyrie in this regard. You go head to head with other players in one of 4 types of Rigs with varying utility; Sentinels, Hunters, Mirages or Tempest. These have skills including double jumps, high jumps and the ability to glide around the arenas. On top of this, the Rigs from different families also gain unique additional skills. The engineer class (the green variety in the gallery below) is able to scramble enemy radar and heal friendly Rigs. Being the support class fiend that I am, I elected for the Angel Rig for it’s smaller size and greater manoeuvrability.

There a 3 play modes in the game, and as a general rule of thumb it consists of a 5 minute match divided into two halves. 6 players are grouped into two 3 man teams:

Team Takedown: The Rig equivalent of team deathmatch, where you race against each other to score the most takedowns within five minutes.

Endzone: Similar to American football, you attempt to take control of a holographic ball and score by running through the goalpost on the opposite side of the team’s starting point.

Power Slam: Where you compete against each other to score the most points by jumping into a ring in the middle of the arena. Before doing so, players must first enter the Overdrive mode by scoring takedowns or collecting power spheres. 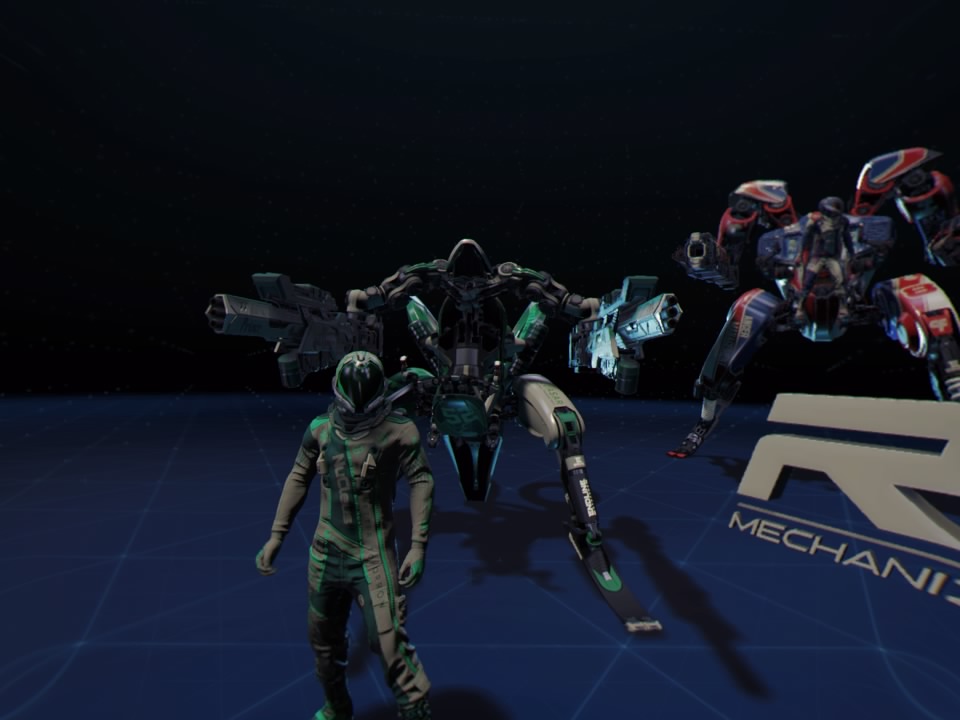 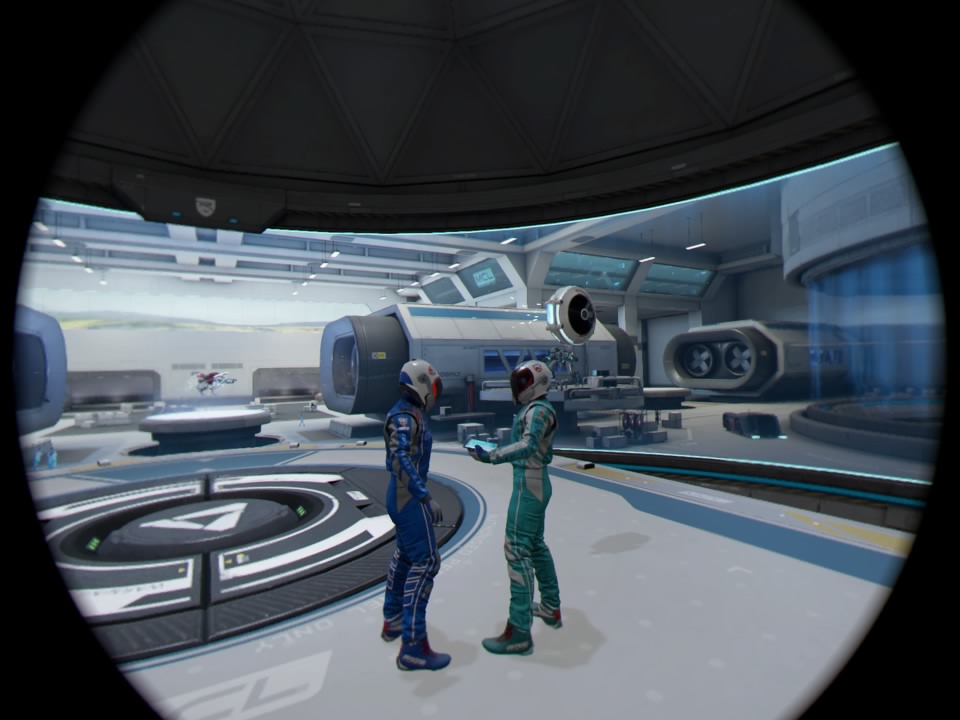 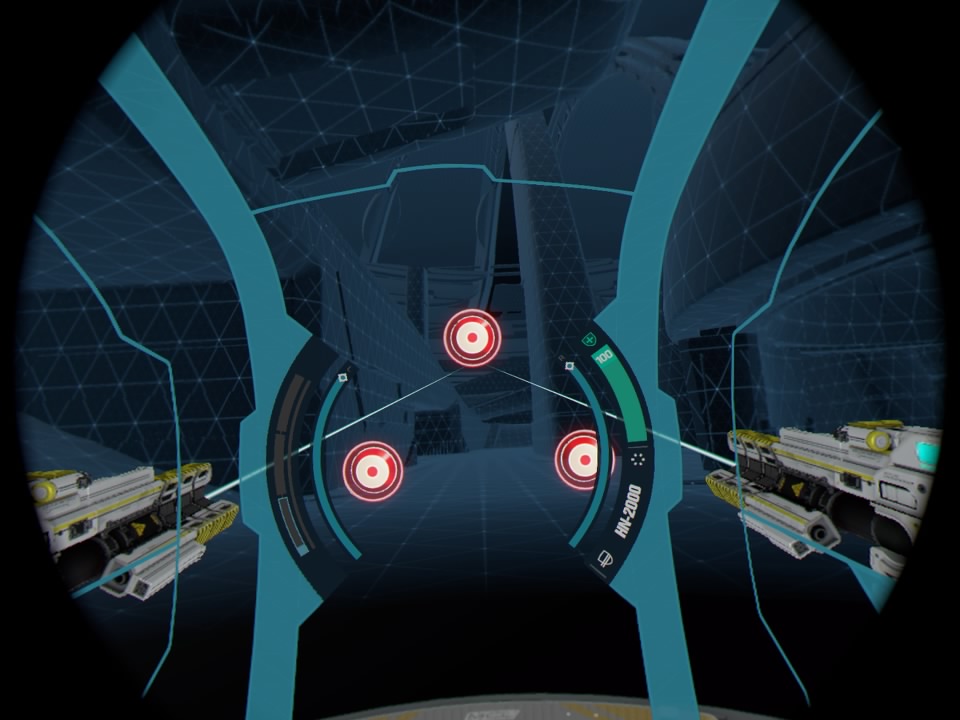 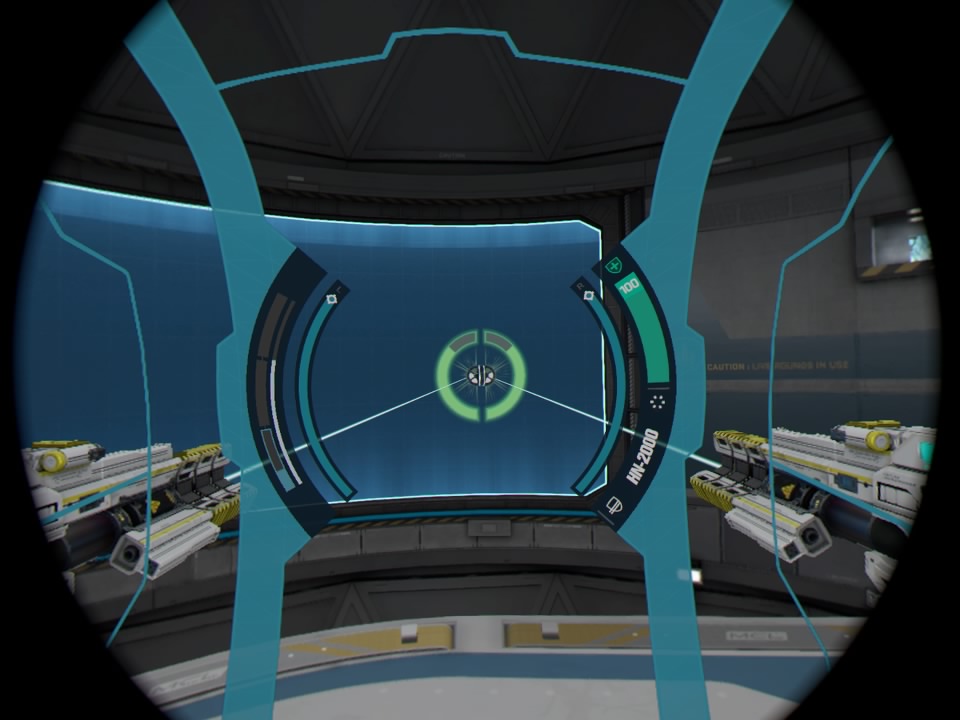 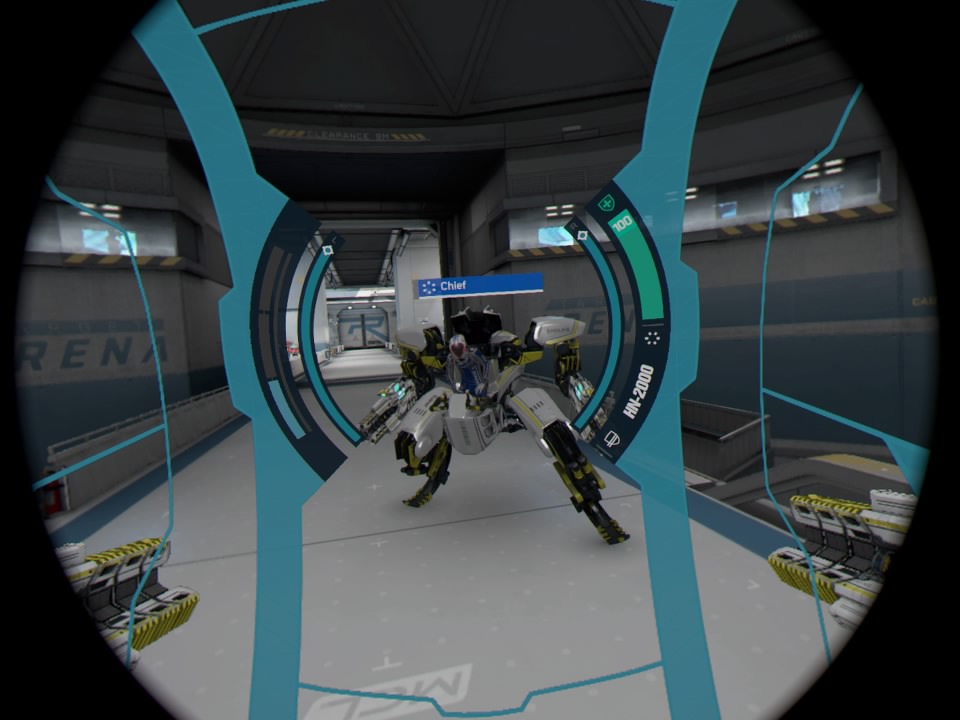 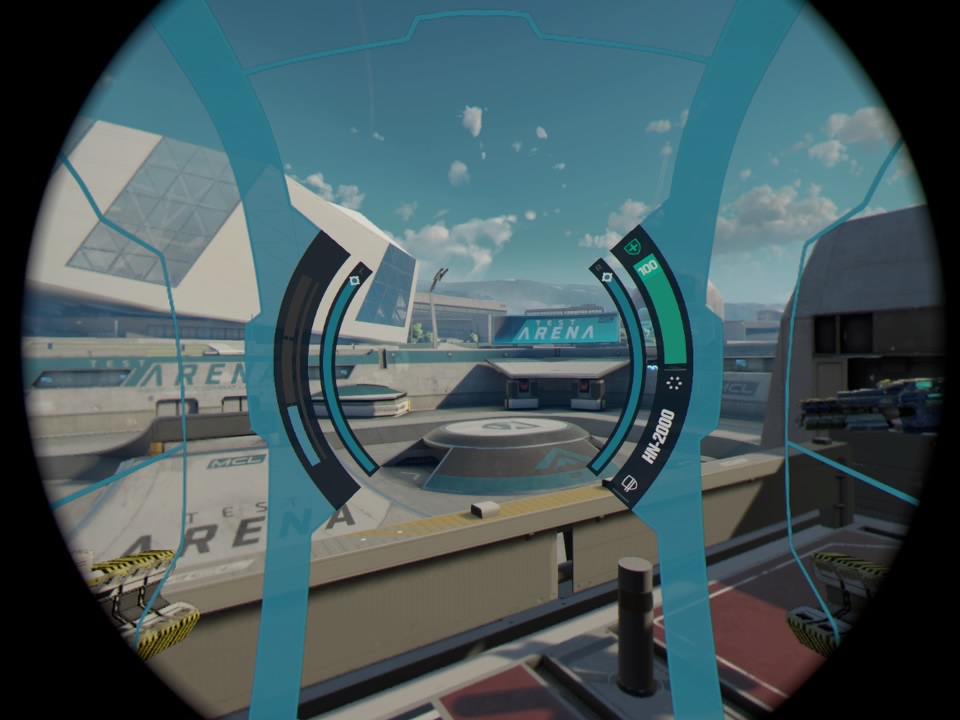 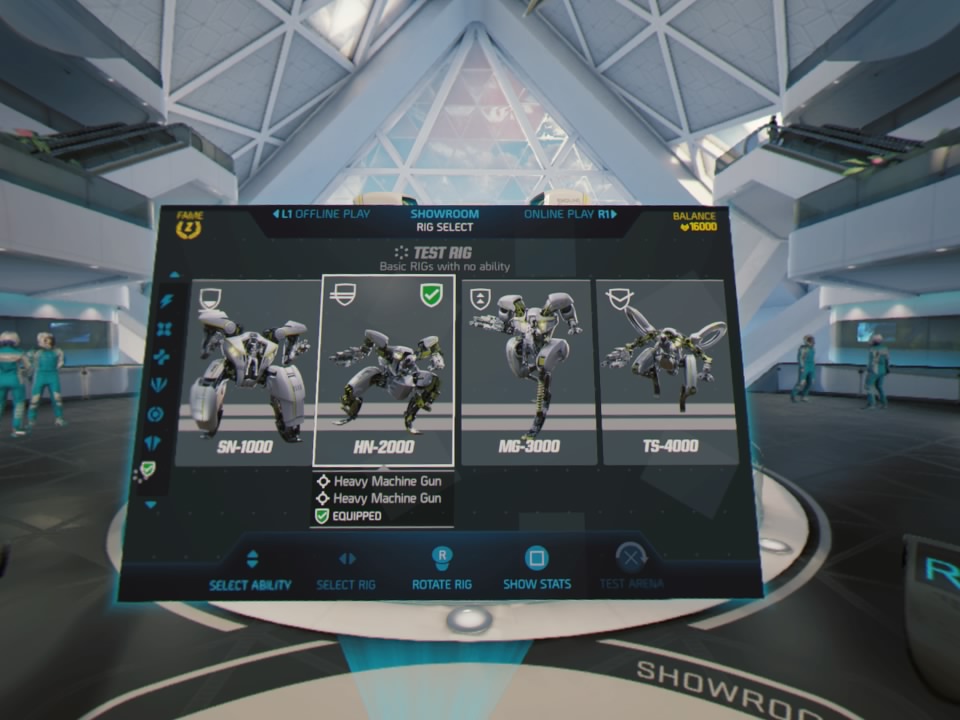 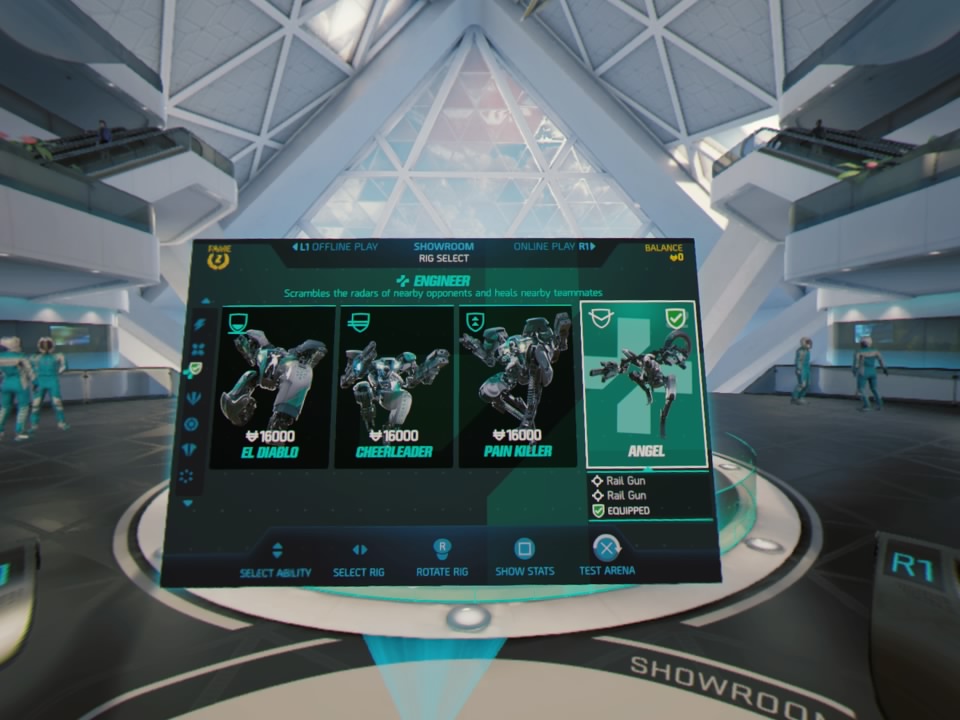 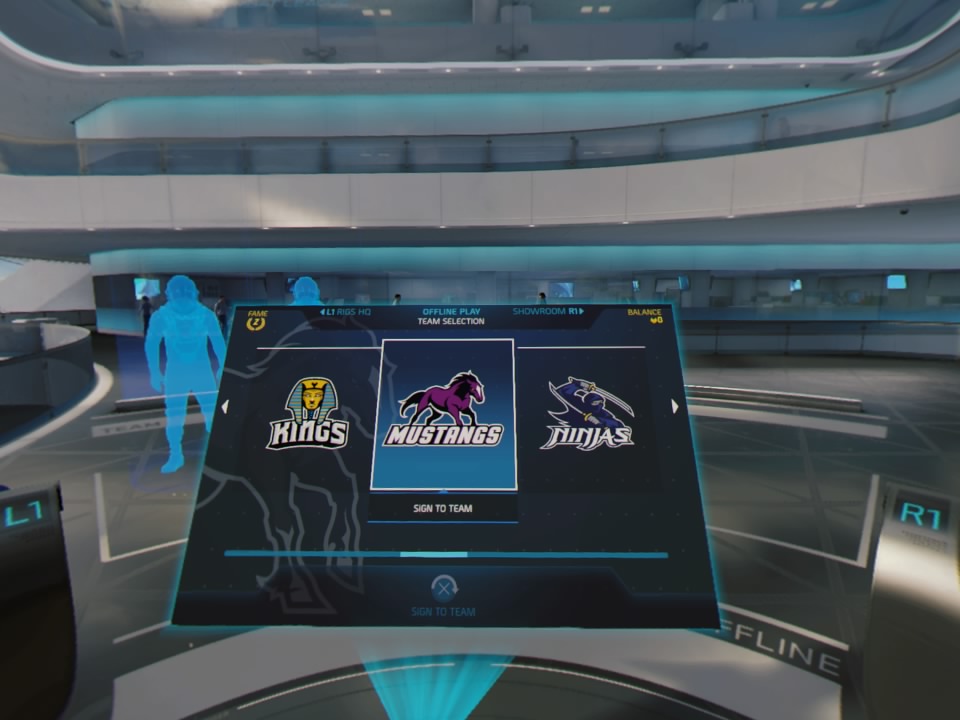 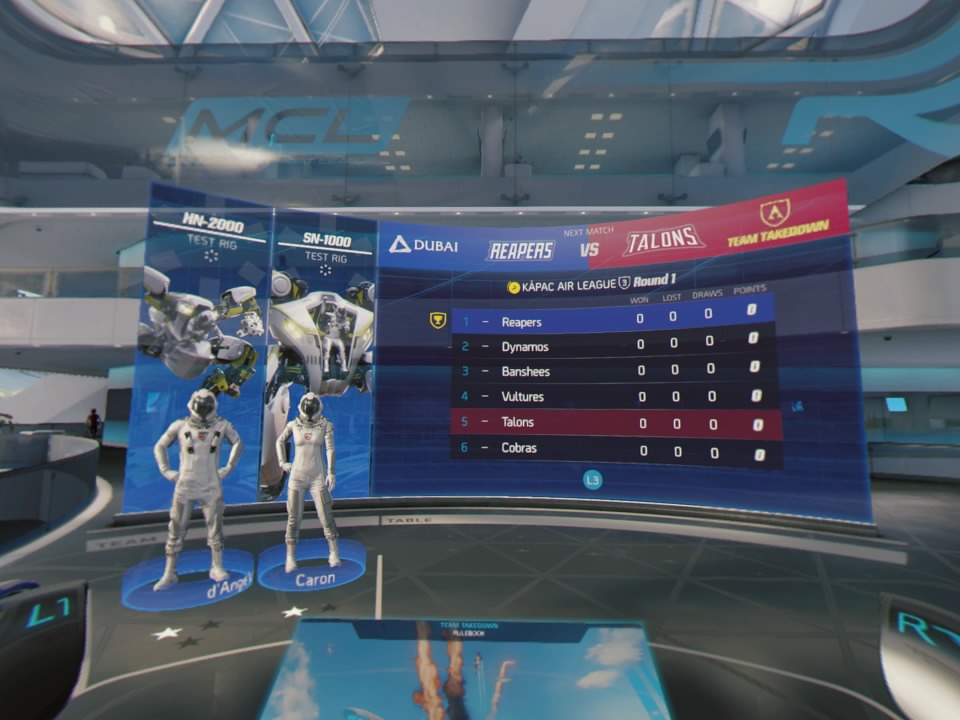 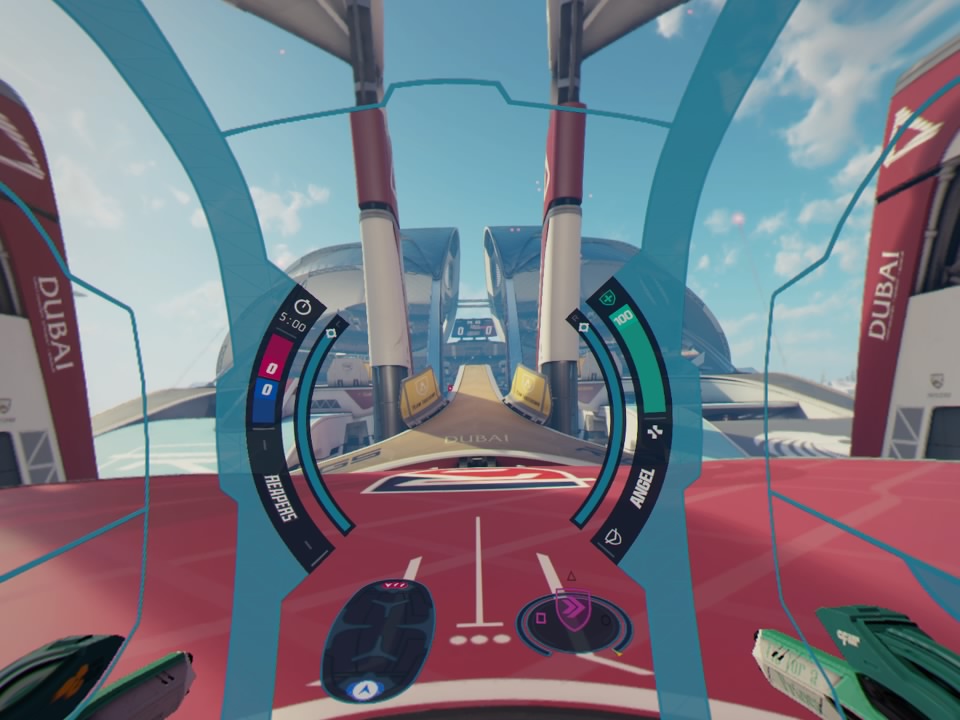 This game is crisp and polished, even through the VR headset; there are very few spots of blur that I have found thus far. The training arena is great and runs you through sets of drills for each kind of Rig before you go into actual combat.

The VR Experience provided by RIGS is my new favourite by far. The head tracking in this game is so precise and accurate, which it needed to be for the head turn movement to be feasible. You have the option of either head tracked movement or manual movement (with the right joystick), but in all honesty, the former is what makes the experience so awesome. The HUD type display that you perceive your surroundings through could do with a bit of refinement in terms of how much of your view it takes up, but it doesn’t impede finding, keeping track of and destroying targets, which is one of the main things you will be doing. The maps are easy to interpret and react to accordingly.

You are able to manage how much you see and take in via the visor mask and ejection settings. You can restrict your view with the visor mask, and black out the ejection sequence until you are ready for them. It will take a bit of getting used to, even for experienced VR players. I felt sick after my first couple of play-throughs, however this was more a case of too much too soon as opposed to solely too much going on at once.

As mentioned before, this is one VR game that will probably make you feel a bit ill to start with, but persevering is well worth it. The game gives you control over how immersive the experience will be (and therefore how much it can affect you) and is able to meet the varying needs of the VR experience quite well.