“I sure would like a game where the grim reaper rides around on a skateboard calling me ‘Senpai’ and a man who looks dangerously like Adolf Hitler sells me dirty jeans?”

Do you ever find yourself sitting there with your boring, predictable games and think ‘Golly gee, I sure would like a game where the grim reaper rides around on a skateboard calling me “Senpai” and a man who looks dangerously like Adolf Hitler sells me dirty jeans?

Well my friend, you are in for a treat.

Brought to us by occasional friend and certified madman Suda 51, Let It Die is a rogue-like hack ‘n’ slash game that is currently free to play on the PlayStation Network. I was first told about this game being very similar to Dark Souls, and being the Souls series connoisseur I am, my  first thought was “Oh god, this isn’t going to go down well”. However, I was pleasantly surprised with how well this game was executed.

You see, trying to piggyback off the success of the Souls series isn’t lazy, it’s just suicidal. Dark Souls is more than just painfully difficult combat; it’s the feeling of exploring a dark decaying world, and having the story be subtly told to you through dialogue and item descriptions. Meanwhile, Let It Die whacks you over the head with story at any chance it gets.

The opening cut-scene tells us that “In 2026, large tectonic disturbance occurred causing mass destruction around the world” which causes South West Tokyo to break off into the ocean. After more earthquakes, a large tower rises out of the ocean which was dubbed “the Tower of Barbs”. This is the environment in which the player explores for the course of the game.

The story is then pushed aside after you pick a character, and only occasionally comes up when you reach certain floors. Aside from the player character the other main character is Uncle Death, a skateboard riding Grim Reaper who guides you through the Tower of Barbs.

The game starts you off by allowing you to pick from a variety of corpses hooked up to tubes on a subway train, and the one you pick immediately springs to life and becomes your player character. In my case, I picked a man with a buzz-cut called Bill. After progressing through the tutorial, eating mushrooms that allow me the regain health if I do a yoga pose, and murdering the inhabitants of the tower, I was immediately gunned down in an unavoidable cut scene.

“Right” I thought, as I picked my next character. This time settling on a lady named Aurelia, and this time I picked up on a lot of the games central mechanics, and had a much better time within the Tower of Barbs.

As you progress, you pick up armour and weapons from fallen enemies, albeit with next to no durability left, which help drastically when coming up to the next set of enemies. Exploration of the semi linear levels can also give players chances to find blueprints, which can be anything from a melee or ranged weapon to pieces of clothing, all of which have full durability.

Within the first 10 or so floors I played through, the environments were very polished but super repetitive and I often found myself doubling back because I was convinced I was just here moments earlier.

Enemies range from different flavours of twisted monstrosities and other player avatars that died within the level. Sometimes you may be overwhelmed by higher level enemies and die a horribly gruesome death. This is where Let It Die crosses its arms and goes “Now now, sure this game as free, but if you want to keep this progress you just made you’ll have to cough up some actual money”.

To its credit, it does give you the tokens you need just for logging into the game more than once and doesn’t actually expect you to pay real money. But you are going to die a lot due to the clunky combat and in the later levels I didn’t find any elevators back to the central hub, so dying meant sacrificing three hours of dungeon crawling and painful boss battle, which killed the mood of the game for me. 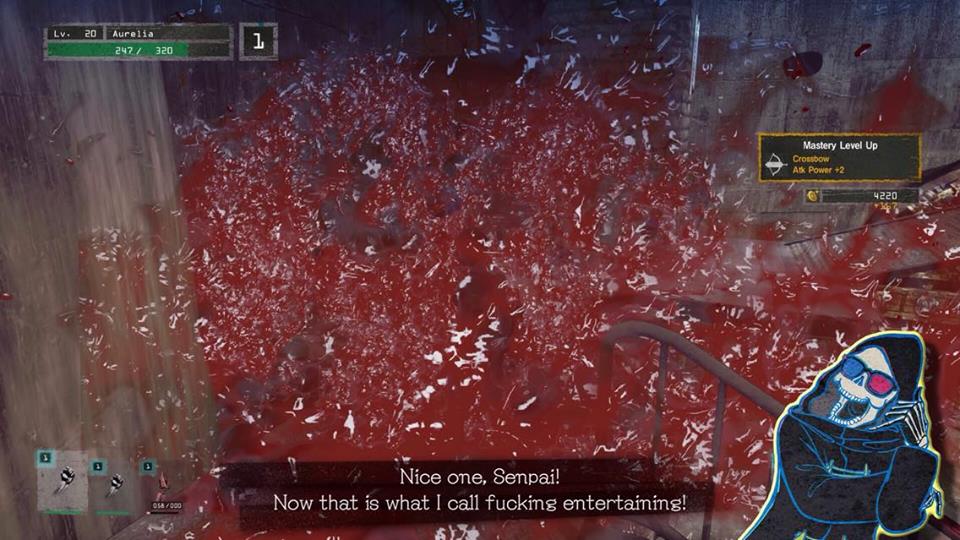 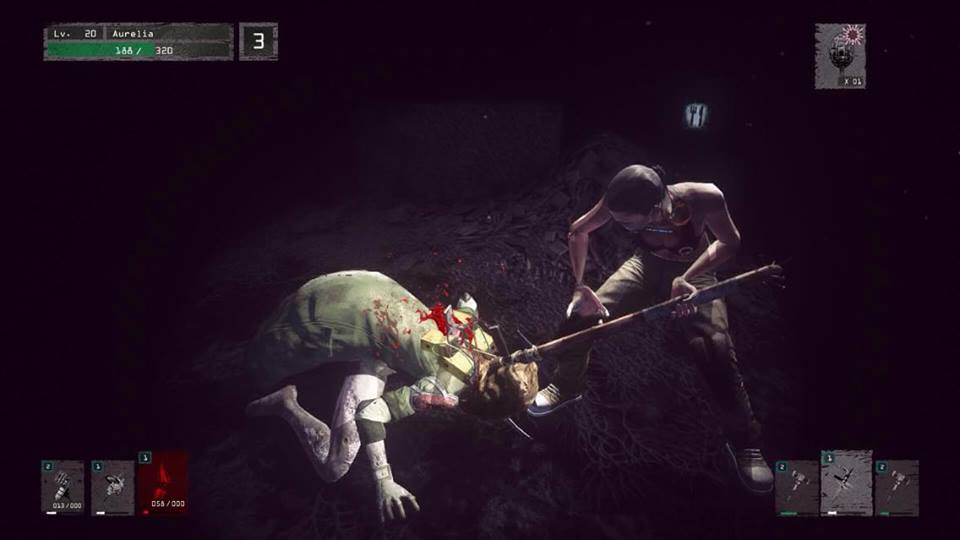 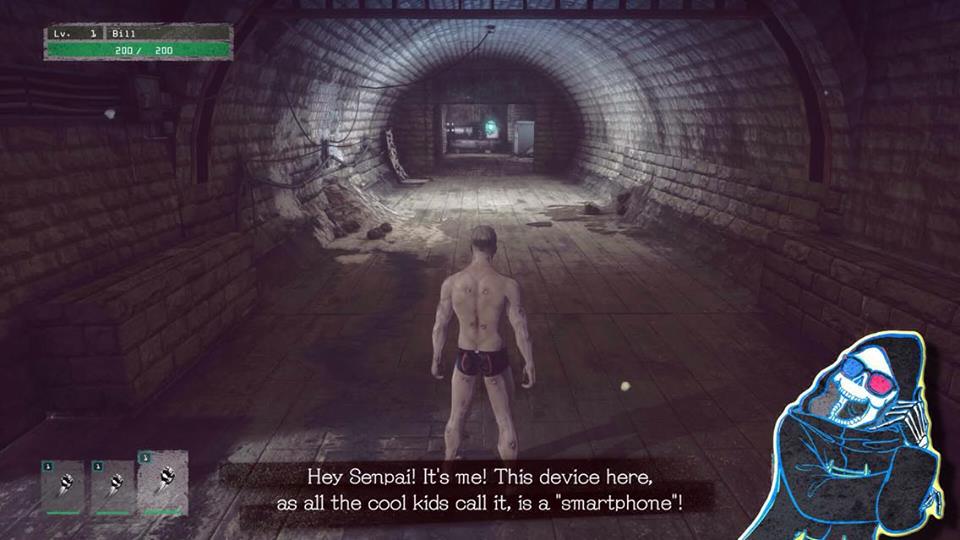 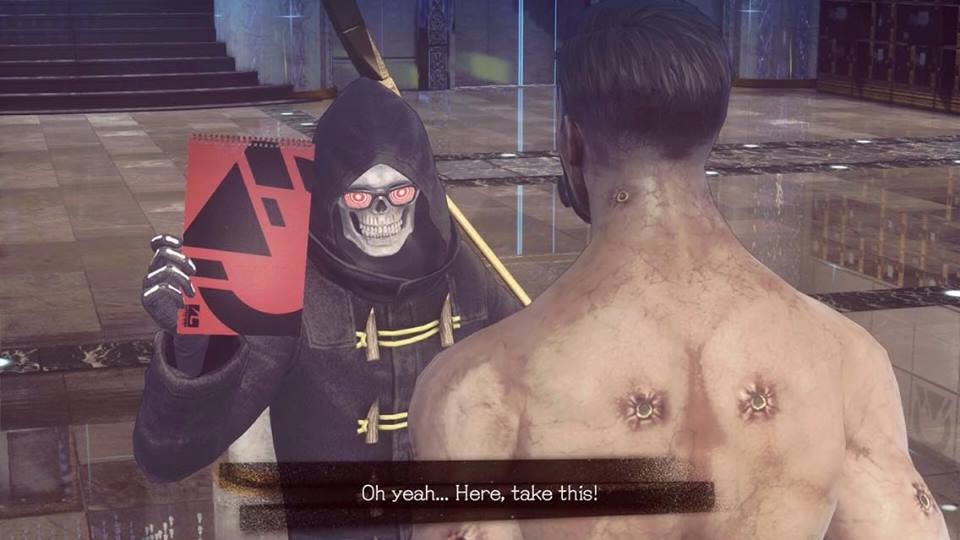 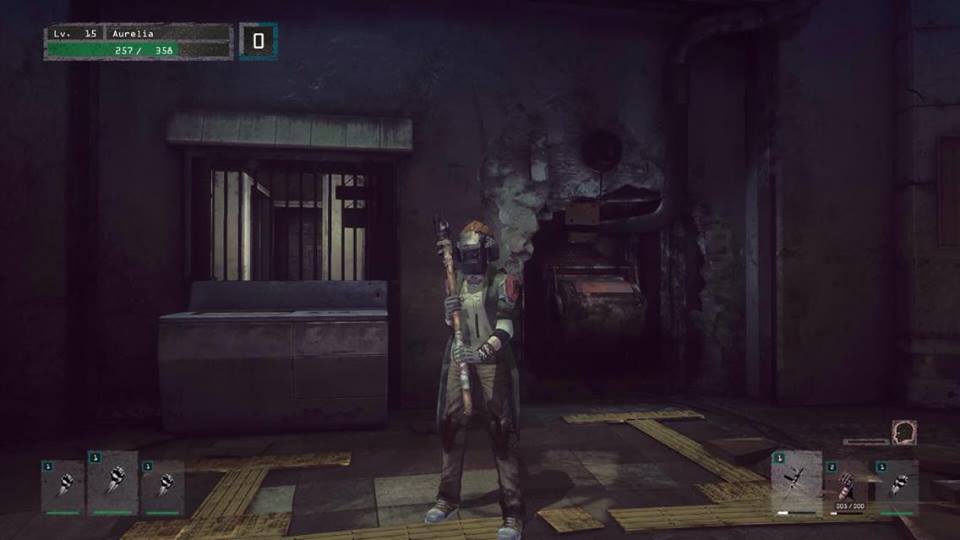 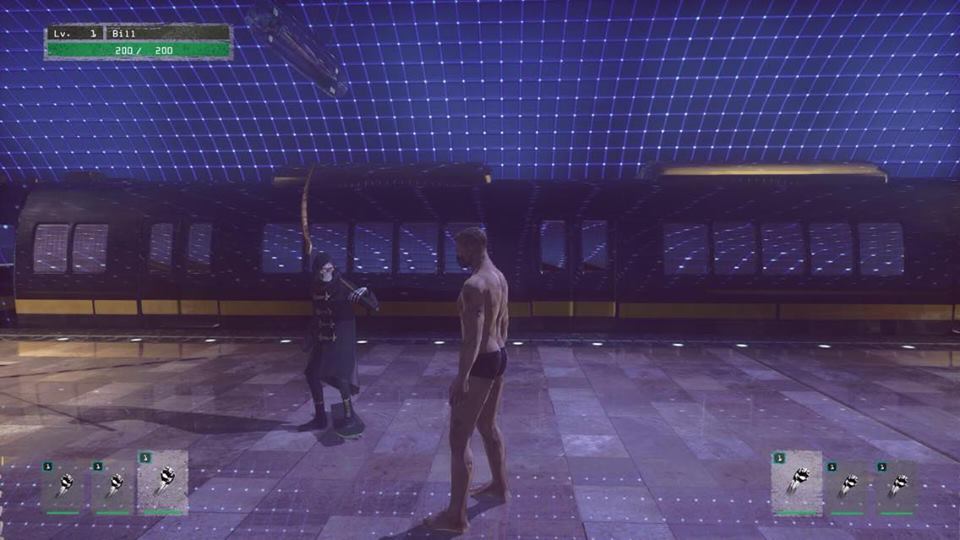 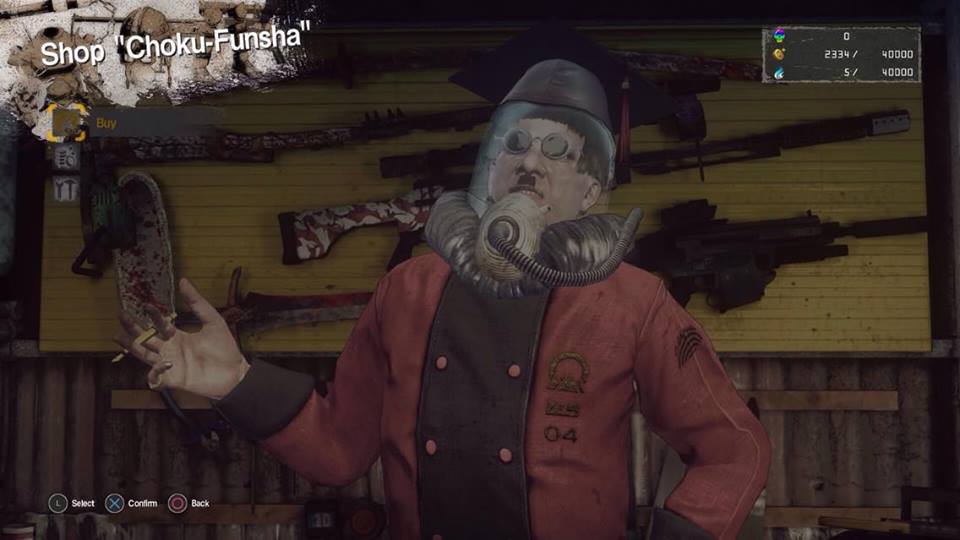 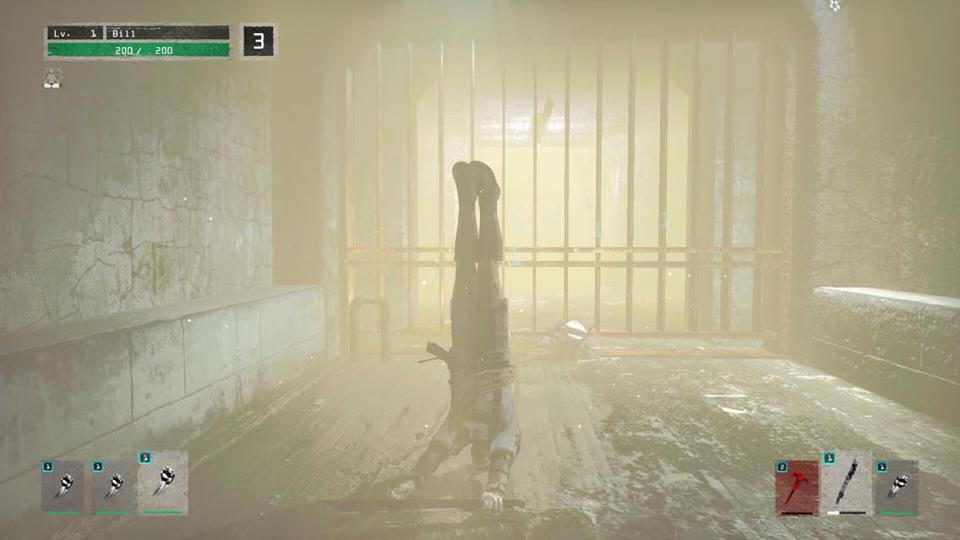 “It still has the same clunky combat that is about as painful as getting a pine cone fired at your head from a canon, but it also has a uniqueness about it.”

The quirkiness and weird humour of Let It Die is what makes this game far more than just a Dark Souls clone. Sure, it still has tough combat that is about as painful as getting a pine cone fired at your head from a canon, but it also has a uniqueness about it. Like the previously mentioned yoga healing mushrooms and the dialogue of Uncle Death,  the game makes an effort to differentiate itself from any competitors, much like other Suda 51 games like Killer 7 and No More Heroes.

The difficulty curve is all over the place. The first boss battle had moves about as predictable as the sun rising in the morning. However, the second boss caused me some serious grief, with attacks that lock on no matter how much you roll away and had far too much health for a mid-boss.

Let It Die is a very weird game to try and sell. I had a lot of fun with it regardless of the issues I ran into. I tried playing to story end, but one particular boss just broke me and in the end I just stopped playing (which i am ashamed of, I will admit). Even then, I would implore you to give it a try because you wont find a single game like it.