I know you asked for us to accept your offer of surrender, but that shop a few warp points back had a sweet missile launcher so… no hard feelings?

So I recently turned 19, and took some time off work for myself. However, living on the Sunshine Coast, the only thing to really do is surf and swim (Activities which my pale British skin doesn’t appreciate). With that in mind, I decided to stay indoors and sink a whole bunch of hours into FTL … again.

FTL: Faster Than Light is a is a top-down rogue-like in which you control the crew of a single ship on it’s way to the allied fleet with important info about an imminent rebel attack. Imminent is the key word here, with the rebels moving forward at the pace of Usain Bolt breaking the land speed record every time you warp to another point to do anything , and if you take too long expect to be dealing with some very unhappy rebels with a fondness for blowing up Federation ships .

The main objective of FTL isn’t just to make it to the end of the game, it is also about making sure your ship is as upgraded as possibly can be. You see, at the end of the game, you have to fight the rebel flagship yourself, and if you’re insufficiently upgraded then you will eviscerated before you even know what hit you.

Micromanagement is key here. Most ships start with three crew members, and you can choose where to place them. This gives each system a slight buff, and the difference races in the game offer different bonuses.  For example, humans are your generic race but they learn their skills faster, and the Engi, which are a robotic hive-mind that can repair damaged systems twice as fast, but do half damage in combat. It pays off to have a diverse crew on board your ship, but that might not always be the case.

You see, FTL is a rogue-like through and through; you live and die by the random number generator. On one run you might have the really good luck, finding heaps of scrap and buying the best weapons and upgrading your shields to give those dastardly rebels what for. But on your next run you might run out of fuel due to not finding any scrap, completely helpless with nothing to do but watch the rebel fleet slowly creep up on your helpless ship, and them get stomped into mulch because you have no upgrades.

Though in saying that, the beauty of FTL is exactly that. Sure you might get destroyed four sectors in, but you might unlock a new ship to play as, which offer completely new ways to play. You might even find a ship that you’re able to carry all the way through to the final sector and destroy the rebel fleet. 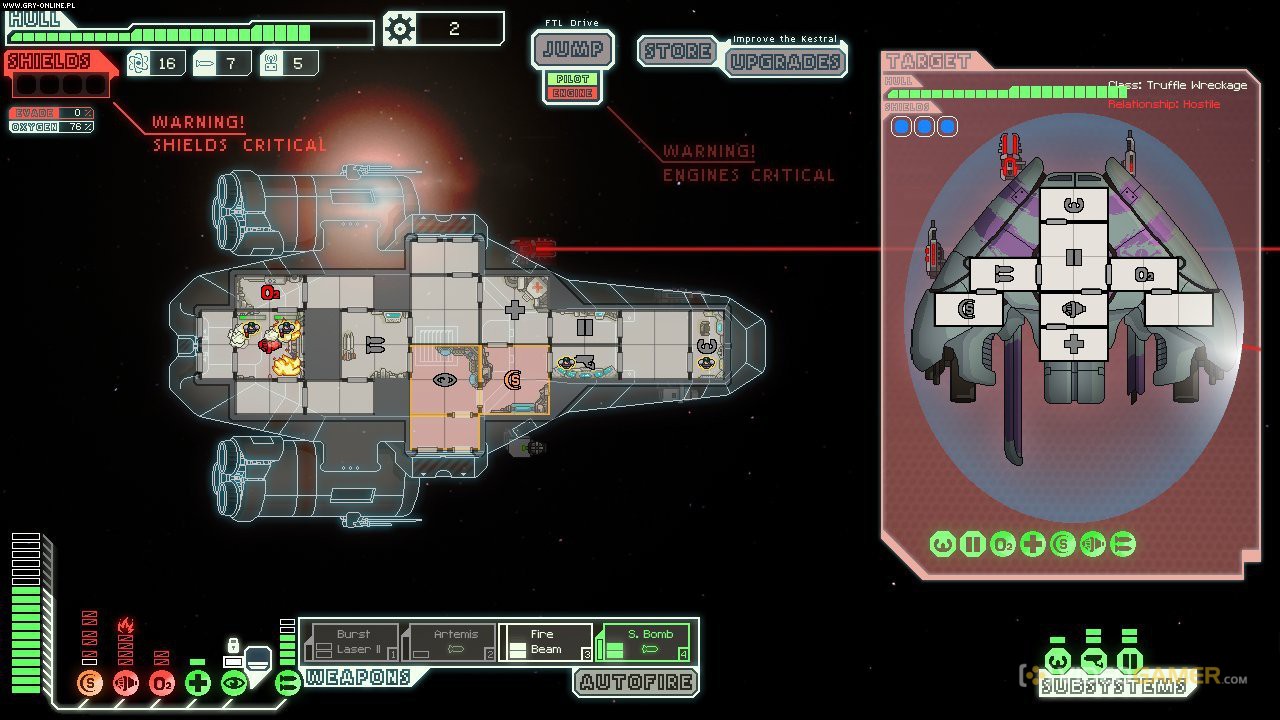 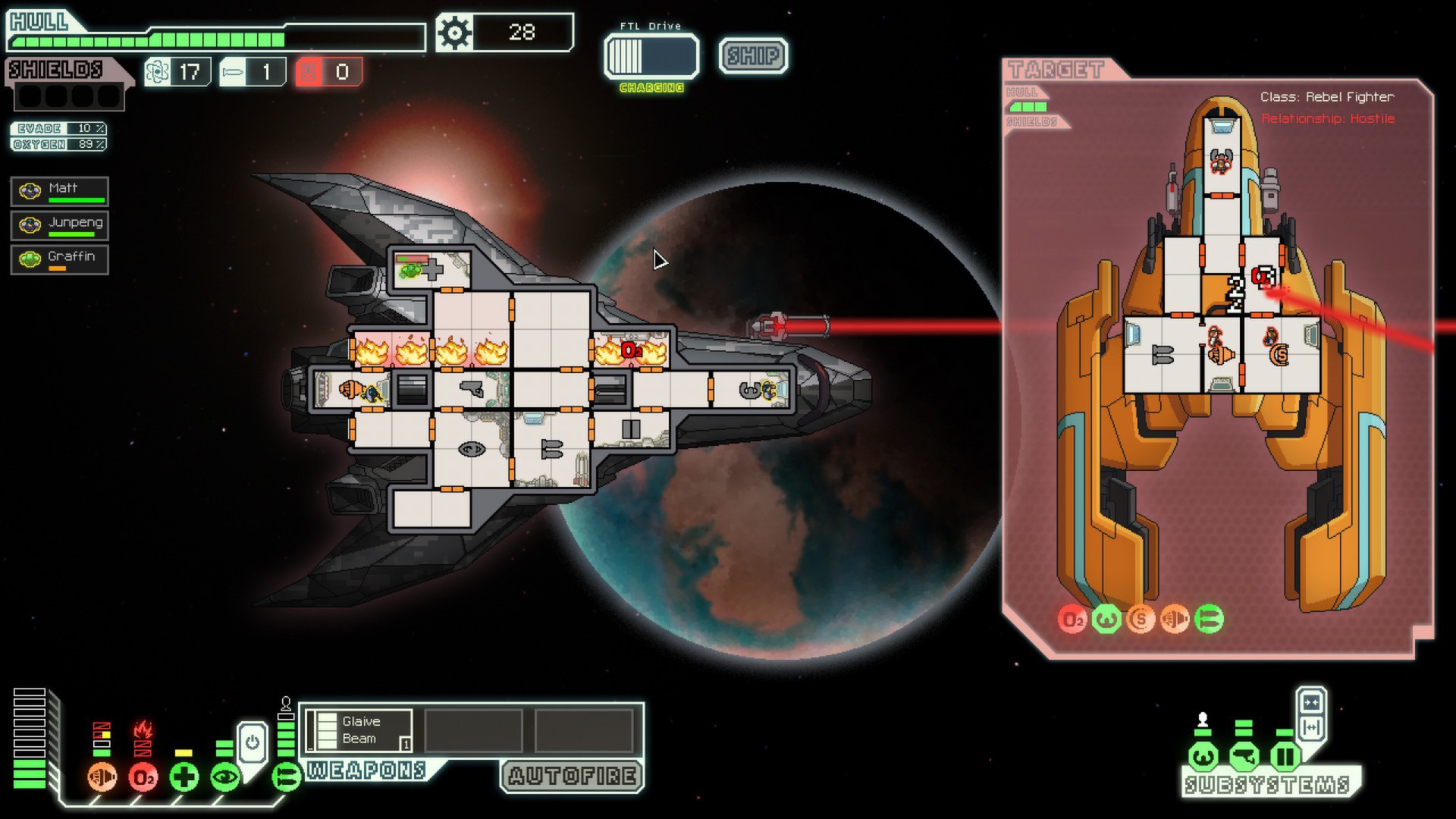 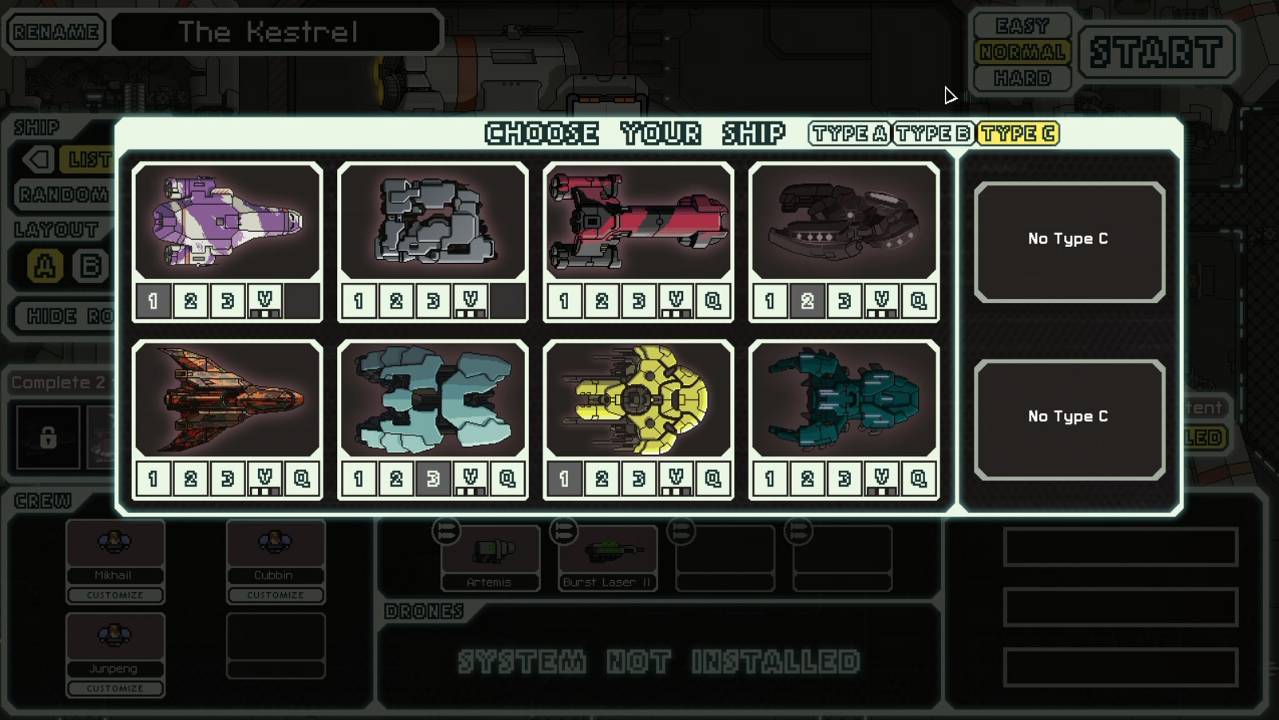 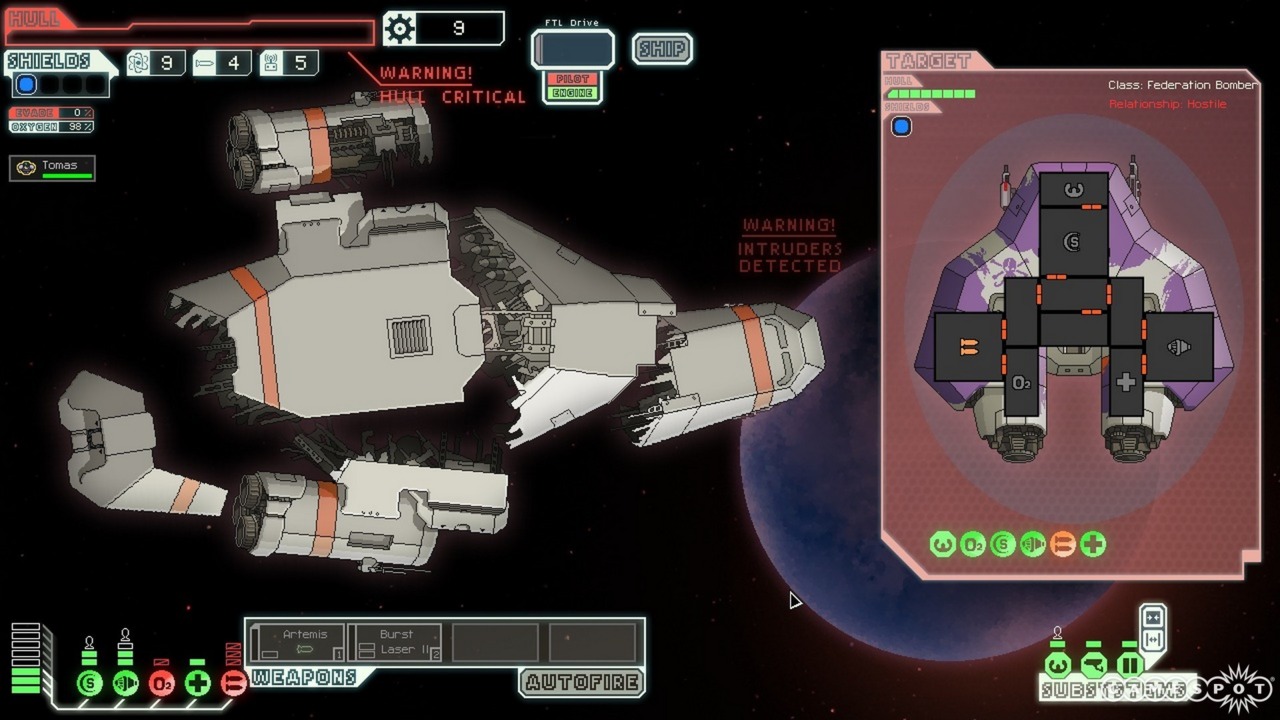 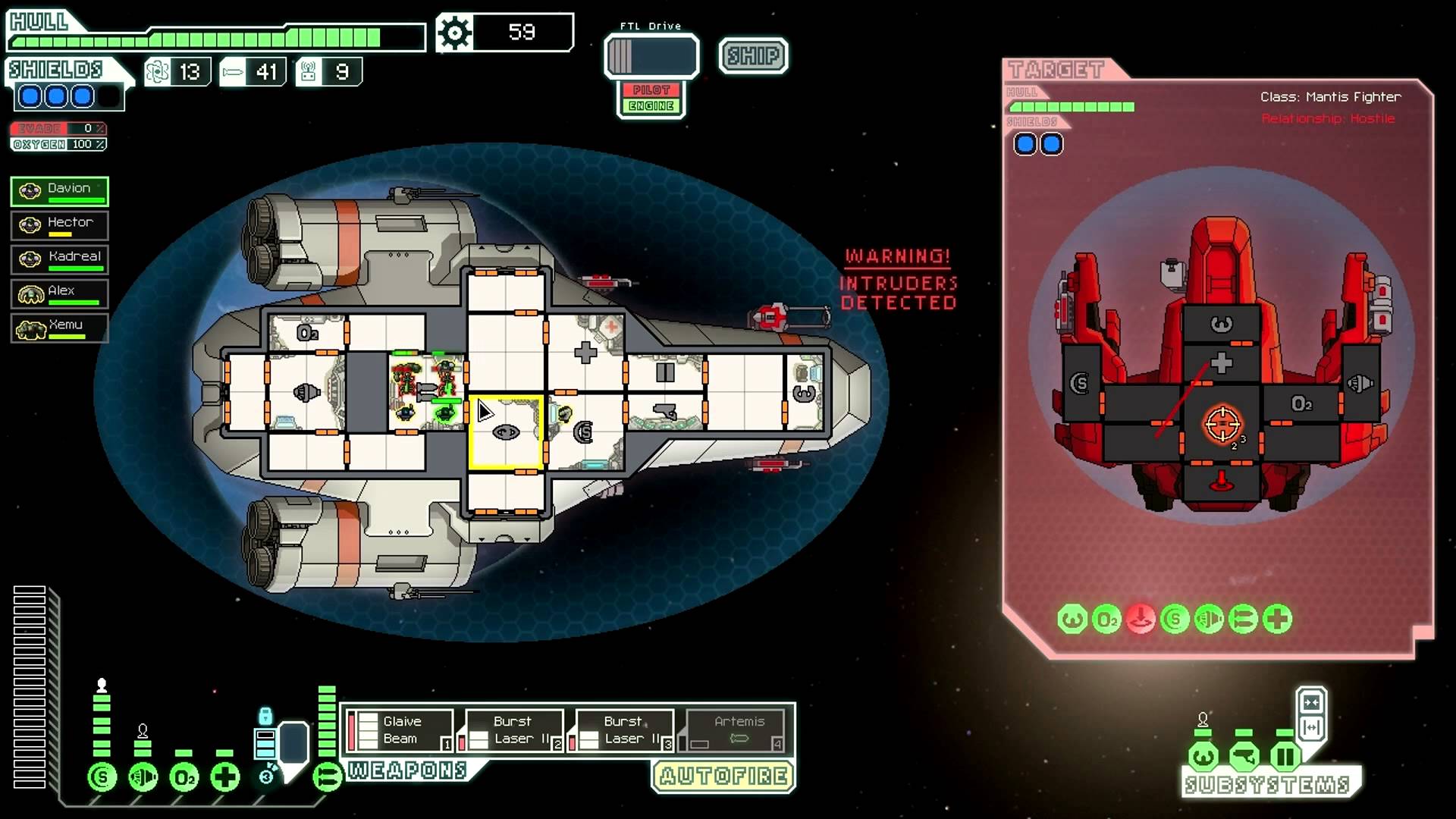 “The crew member keeping your shield up and running just died horribly in a fire and dirty pirates have somehow boarded your ship and are working your helmsman over.”

The random encounters are delivered entirely by text boxes, and are the only means of letting you know that say, the crew member keeping your shield up and running just died horribly in a fire and dirty pirates that somehow boarded your ship are now working your helmsman over. This doesn’t break the mood of the game however, and allows you to seemingly flow from one encounter to the next without anything complicated getting in the way.

The combat is real time, but with the PC version having the space bar pause the game, it might as well be turn based. Being able to mash the space bar and just plan everything out is pretty essential, and can make the difference between warping away and dying on the spot. Combat consists of powering up your weapons, and choosing where to attack on the enemy ship. It seems simple enough, but each weapon has different charge times, ammo requirements, and a varying amount of power it needs, and you only have a finite amount of it to power your entire ship.

FTL also has one of the greatest soundtracks to grace a video game. Each song is perfectly composed, and fits the mood of the game completely. The synth-wave inspired battle music to the beautiful chip-tune piano tracks when you’re floating near a shop make the game feel substantially more unique than it already is.

FTL: Faster Than Light is a water cooler game. Every person will have many different experiences and can come together to talk about what adventures they had. It holds a special place in my heart, and is one of my favourite games ever made.

You can also play FTL with a friend, by sitting next to them and yell commands while they play for you (What i like to call the Jean-Luc Picard play through).