With the original game leaving a lot of questions unanswered and unexplored, it was unsure what path Gravity Rush 2 would take. Luckily whether you played the original on the PS Vita or remastered on PS4, the second installment does not disappoint.

It took some time getting used to the controls and movement of the first game which made for a slow start, but Gravity Rush 2 jumps right into the thick of it from the get-go. The game starts with the protagonist Kat and her partner Syd on a floating settlement called Banga. Through the events of the first game, they found themselves pulled in by a gravity storm into unknown lands. Unsure of where they are, and where Kats gravity companion Dusty and friend Raven are, they began working the mines to earn their keep on Banga.

Of course, Gravity Rush wouldn’t be what it is without the ability to control gravity, so we eventually see the return of Dusty, and thus, Kats powers. This opens up a whole new world to explore, one that is much bigger than the tree pillar we experienced in the first game.

Gravity Rush 2 has managed to hash out a lot of the small issues with targeting, gravity and special moves that the original had not quite perfected. Action and movement is a lot smoother and existing elements refined and added to, making it a lot less frustrating to navigate. The menu has a completely new look to it and even more outfits can be unlocked for Kat through the game. There are also new features added such as talismans, which are equip-able buffs that Kat can find while mining , and my personal favourite, a camera option. If being a gravity queen becomes too much to handle you can always fall back on a career in photography. While it is not a necessary element to gameplay, it adds a nice touch to those who want to immerse themselves further into the world.

Gravity control and combat functions the same as in the first game. You are able to hover and adjust the direction of gravity, making you essentially fall in any direction you choose. You also still have the Gravity Slide, which tilts the ground you’re on so that you slide along it; Gravity Kick for aerial combat, and your Stasis Field that levitates objects around you that you can use to hurl at the more agile enemies. In addition to that, there are still the presence of precious red gems in the game, which are absolutely vital for you to level up. Not only are gems more abundant this time around, there are also more levels to rack up and more powers to obtain than previously. I recommend you collect every red gem you come across, even if you must take a detour, because trust me when I say, you will need them. 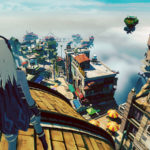 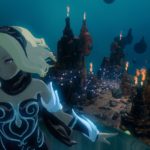 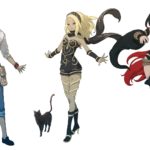 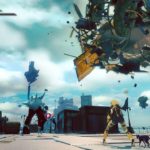 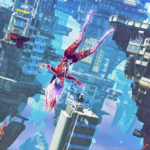 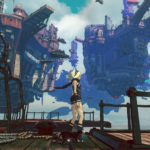 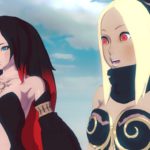 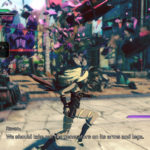 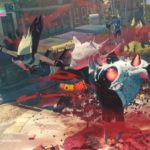 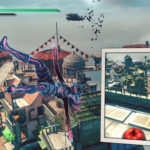 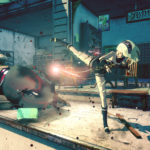 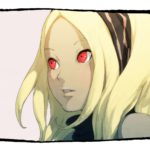 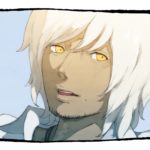 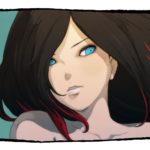 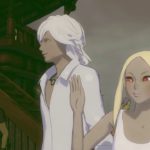 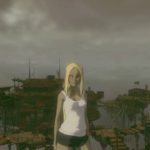 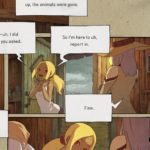 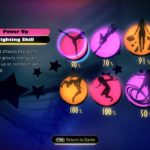 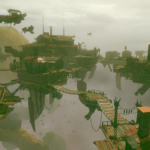 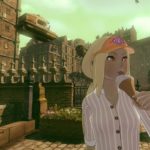 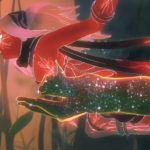 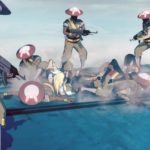 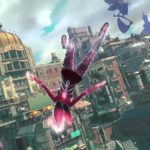 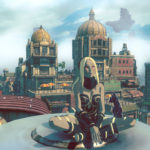 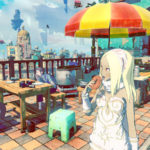 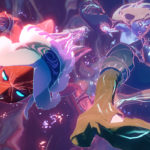 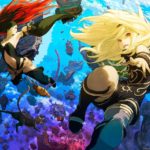 The Nevi, Gravity monsters with giant gems, are still the main enemies of the game. Though there is now the added force of the military getting in the way of the gravity queen this time around, so it mixes up the battles nicely. If you have played the Remastered original previously, you’ll be happy to know that the controls and way of moving around with gravity are beyond easy to pick up again. If you’re like myself and poured countless hours into playing the first game, it all comes back in muscle memory.

You’ll find yourself automatically moving around without putting much thought into which buttons you need to press. Unfortunately, the same can’t be said for the players new to the series. It will be tough to get used to moving with no limitation of what is up or down, but once you have the basics figured out and the vertigo wears off, it will get a lot easier, I promise.

“…once you have the basics figured out and the vertigo wears off, it will get a lot easier.”

The game is not all about fighting of course. There are plenty of side quests for you to complete, and plenty of secrets for you to search for if you feel up to it. You will get a good amount of search quests where locals will give you a photo and ask you to find the person or location within it. Or running errands and chores for both the good-natured residents, and the irritatingly privileged ones. These are great quests to take advantage of between main quests as it will give you an opportunity to explore, gather more gems to level up before moving on, and to really get to know the deeper world of where Kat resides.

While there have been quite a few improvements in gameplay mechanics, the art style and over all look has not changed at all. In fact, for those who have played the remastered version of the original, it is almost like slipping seamlessly between the first game to the second. It’s still the same beautiful, cell-shaded comic book style as always, with the vast and awe inspiring scenery we have come to adore. Though there are a lot more cities and settlements to visit that bring in new designs and depth, it still feels very much like replaying the original. It’s not a bad thing of course, But I feel a big opportunity to mix it up and take it a level higher was missed out here.

Regardless, It was so exciting to see more of the Gravity Rush universe and see how their world and the people function in such a dangerous environment. We get to see a lot more character development happening and finally get some answers on who Kat is. Though of course, we are still left scratching our heads about some things.

Gravity Rush 2 is very much a game made for the fans, it’s nostalgic, engaging and still makes your head spin from time to time. If you believe nothing good has ever come out of having vertigo, then be prepared to have a change in opinion. Maybe a change of pants and a bucket as well if you have trouble with heights. Just make sure to get your hands on this fantastic game before gravity has a chance to take effect.