Hitman; that is to say, 2016’s Hitman, not the original Hitman, nor any of the other games in the series up until this point… Damn, these “simplified naming schemes” sure are getting confusing… anyway, the “New” Hitman is an episodic series of games set after the original series and now that all 6 episodes of Season 1 are available in one handy package, I’ve straightened my tie, tightened my garrote wire, and snuck in to see just what all the fuss is about. Specifically, the fuss that is a lot of shouting and bullet fire after I was caught for the 47th time on the one sodding mission!

Hitman: The Complete First Season is my first foray into the series. Being half a fan of the stealth and planning genre but always appreciating the opportunity to take the option of going into a situation guns blazing, I had to do some serious readjustments to my play style to get settled into Hitman.

This is a game for stealth players. If meticulous planning, patient waiting and elegant executions are what you dream of at night, then look no further, this is the title for you. As a new player to the series and someone who doesn’t usually take the stealthy approach, I was very pleased with the solid tutorial system that Hitman offered; the GUI is clean and easy to follow and I was super pleased that the options allow for some pretty thorough hand-holding for those of us that find planning elaborate murders doesn’t come as second nature.

“…you can turn off all hints to add difficulty, but allows new players hints if it seems like they’re more struggling than they are strangling.”

The game offers a wide variety of options and experimentation to the player, allowing them to case the area and figure out their own personal best options for eliminating each target. Multitudes of different murder methods, combinations and pathways exist in each “open region” of every mission. If you’re an experienced player who wants a challenge, Hitman allows you to turn off all hints to add an extra degree of difficulty to those who want it, but still allows new players hints and tool-tips if it seems like they’re more struggling than they are strangling.

The gameplay consists of plotting the demise of your targets for each mission. You can utilise any kill style you want, as long as it’s a sneaky one. Various options in weapons, poisons, hiding places, disguises, traps, “accidents” and other methods are available to you in order to take your victim out the way in which you feel is most efficient… or spectacular, or straight up fun! It really is a game that highlights freedom of choice. As long as the target is down and you weren’t spotted, no matter if you’re dressed as a chef who eliminated the target by use of a tragic accident, or disguised as a sheikh and then garroted the target to the ground; any way you want to assassinate is good.

Hitman offers a relatively meager overarching narrative. It’s there, but it’s certainly not something to play the game for on its own. Secret agencies, assassinations, betrayal; all to be expected, nothing groundbreaking. As a story buff though, I’m happy to have something to connect the otherwise relatively disjointed mission structure. Having not experienced the game with the biggest pitfall of an episodic experience: the waiting between episodes, I can’t really speak for it. But I feel it would have done Hitman a real disservice.

Whilst the mission format allows for very clean breaks between each episode, this is one of those games I could put down and then forget about completely, but this is largely due to the story not really grabbing me. Those that are completely hooked by the frankly stellar in-game assassination mechanics may have found themselves coming back month after month regardless. 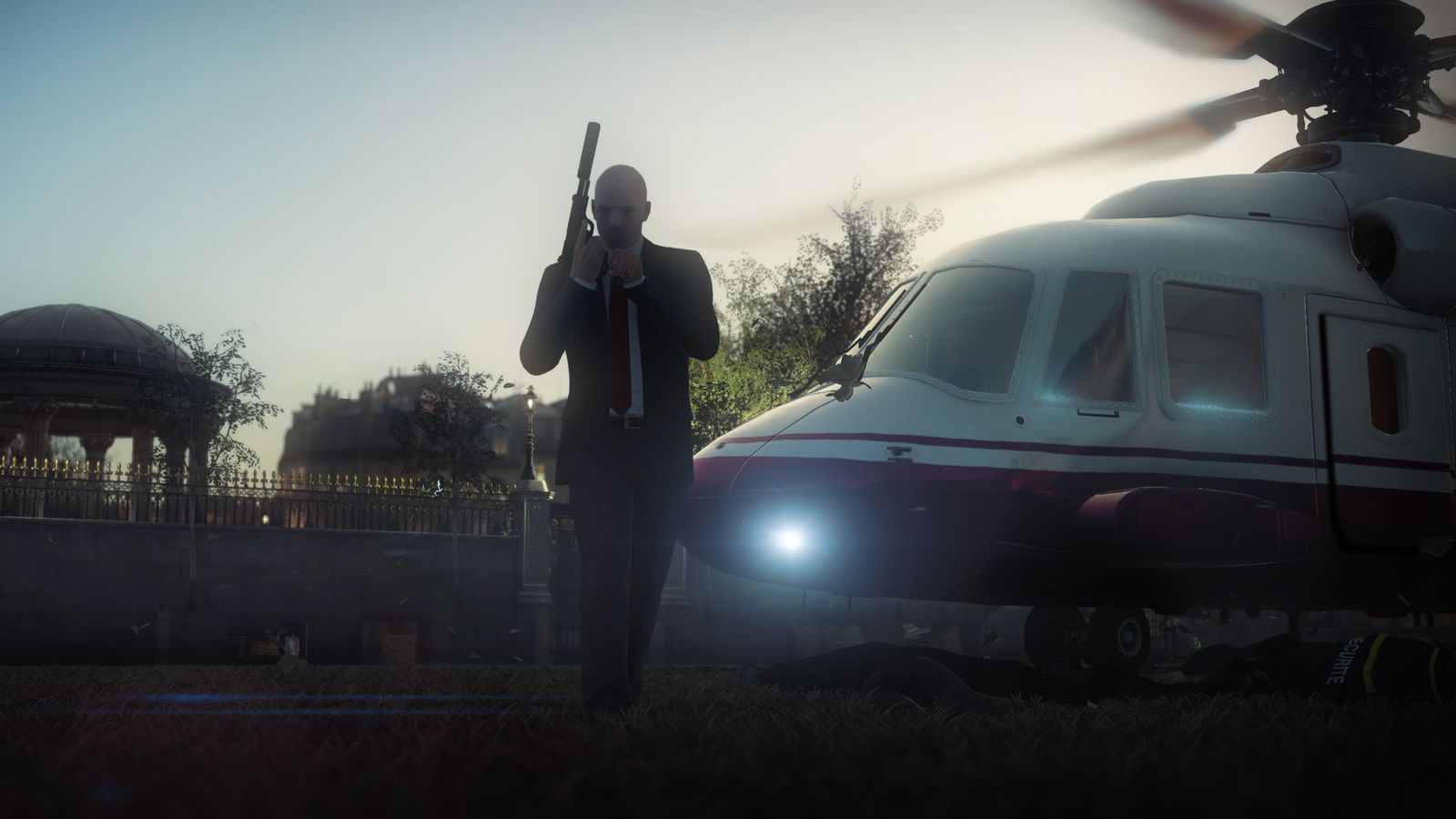 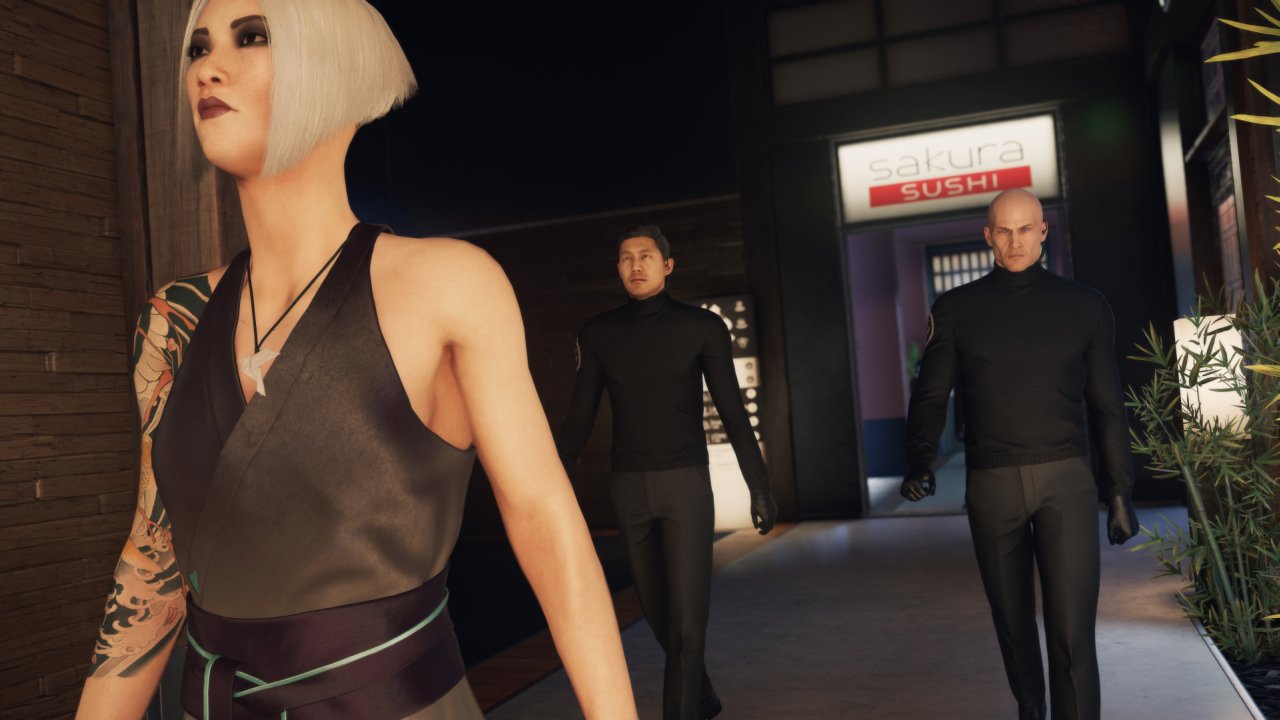 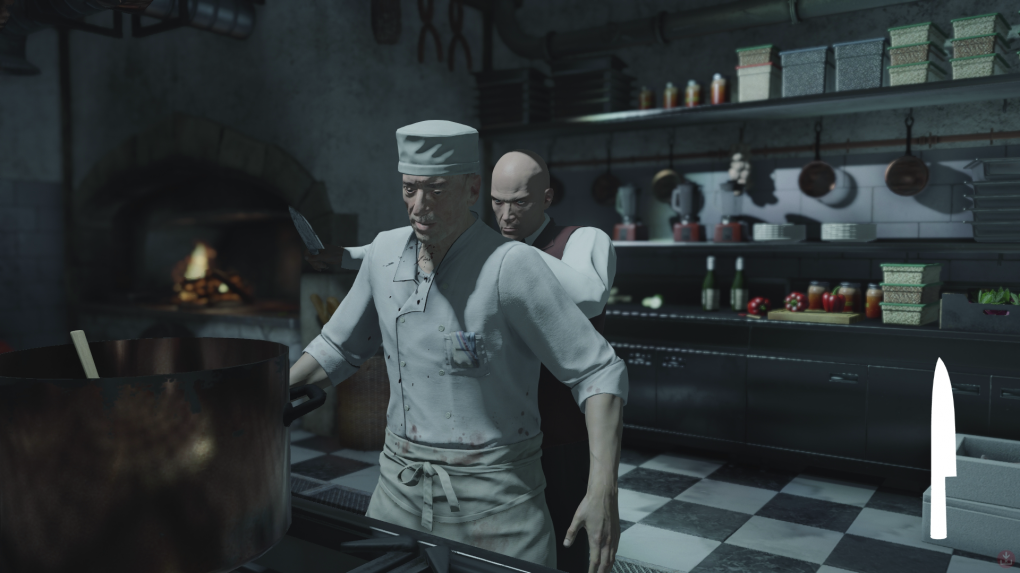 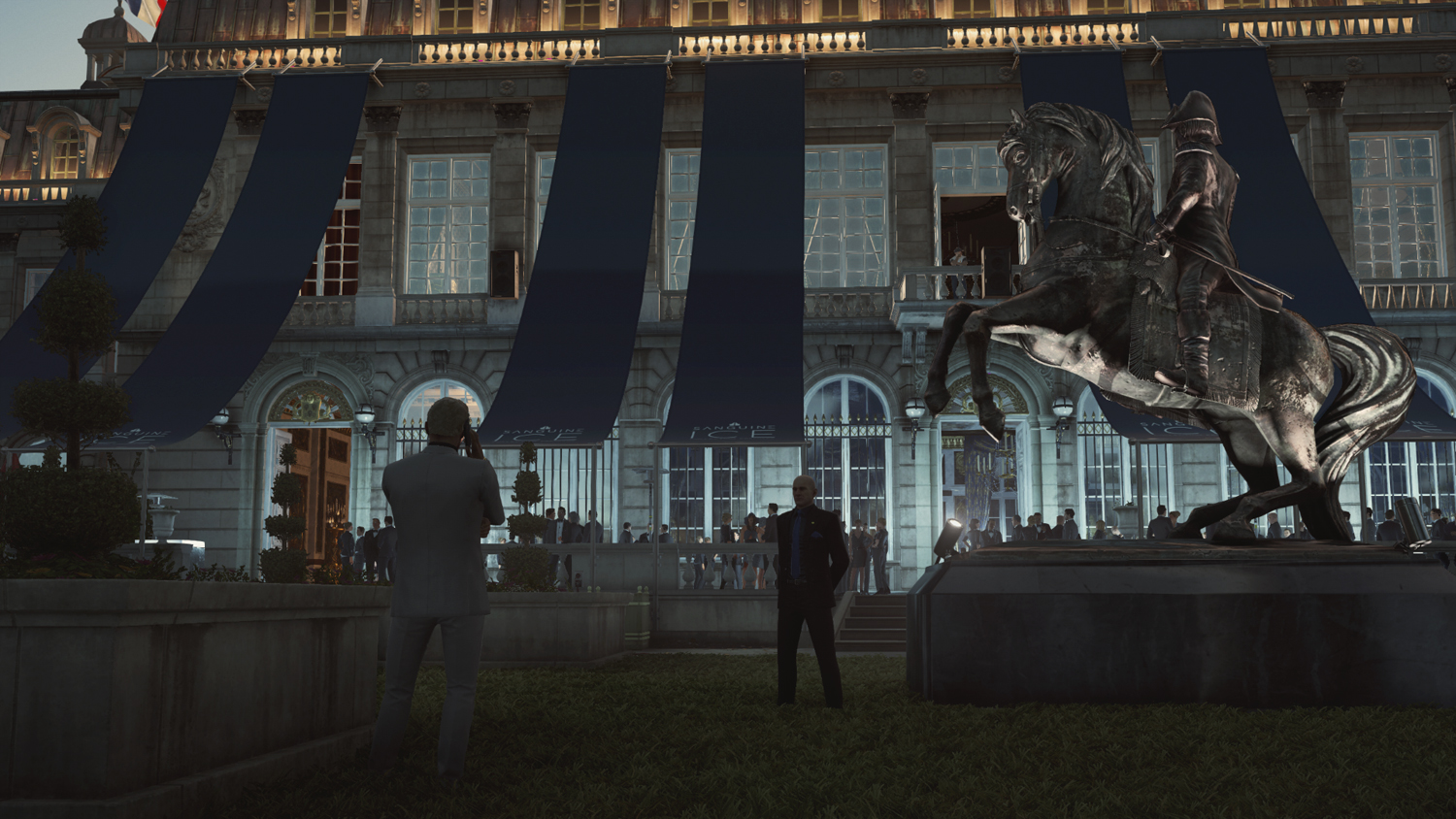 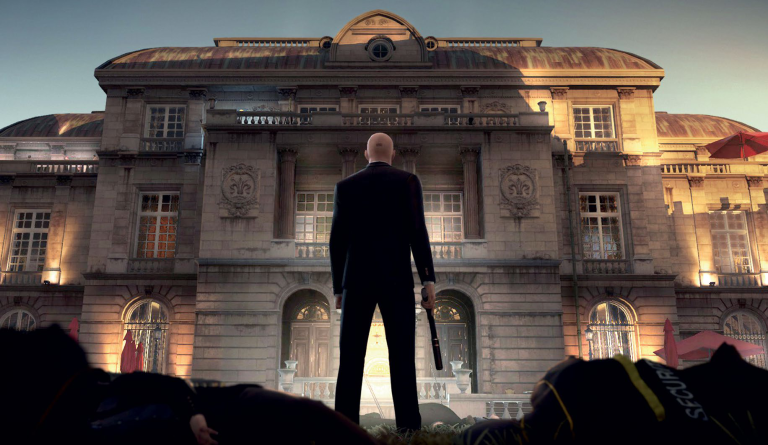 I feel I need to be transparent about about myself at this point. I was absolutely awful at this game. I failed, stupidly, more times that I care to admit. This was partially due to my own poor habit of becoming impatient and not waiting for my opportunities how I should have been, but I will also defend my own ineptitude with the idea that this may have been the idea, and ‘trial and error’ is just part of the experience.

With that concession I need to make one scathing critique: Where is Quick Save and Quick Load? The game can sometimes take 20 seconds just to load up the Save/Load menu! This is completely ridiculous. If I feel that an action is about to go badly, I’ll save, try it out, get brutally killed and load back where I was to try again, but the amount of time needed to save-scum like this just killed me. C’mon developers, if it’s so easy to fail – which in Hitman, it absolutely is – we need a way to get back into the action as fast as possible! Sitting, waiting for a loading screen or having to sit through the mission’s intro cut-scene for the 347th time just pulls the flow to a screeching halt. And yes, I know what you’re going to say: I could simply be less shit at it and then we wouldn’t have a problem.

Whether you’re a veteran or a newcomer to the series, Hitman: The Complete First Season is certainly worth your time. The game mechanics and raw gameplay are shined to perfection and offer a realistic challenge to the assassinations. For the most part my negatives are nitpicking a very solid stealth title and if stealth is a favourite of yours, Hitman: The Complete First Season comes highly recommended.