The Mass Effect Trilogy was one of my absolute favourite experiences in gaming. When people ask me what my favourite game is, the answer is an irritatingly long winded explanation as to why the entire Mass Effect trilogy takes that mantle. It has its problems, as does any series, and while I wouldn’t rate it a perfect 100%, it’s still an incredible experience that I continue to highly recommend to everyone I can. So whether Mass Effect: Andromeda can live up to my very high standards for the series is what we’re here to find out.

Mass Effect: Andromeda (ME:A) exists as almost a reboot of the Mass Effect concept. With protagonists Scott/Sara Ryder travelling for 600 years across dark space into the Andromeda Galaxy, the plots and details of the first Trilogy are almost irrelevant. This is ideal for players who are new-comers to the series as they don’t require 3 games worth of lore in order to slide into the shoes of Ryder. ME:A allows players to jump straight in and start learning everything that Andromeda has to teach them, whilst still allowing for expansion and exploration for those that are veterans to the series.

If you’re a fan of the series you’ll immediately start feeling right at home in ME:A. The combat is fluid, easy to get used to and feels like a natural progression from the previous games. The addition of a sweet jetpack also adds some much needed verticality to the combat arenas. ME:A has overhauled how the class system of the previous game worked. Instead of being locked into the class you chose at the start of the game, you’re now able to swap between different classes mid-combat depending on the scenario and how you want to approach the challenge. Despite personally being the type to find something I like (Infiltrator for life!) and stick with it, I found the evolution in this mechanic to be an excellent option for those who like some more variance in their play style.

“With a variety of races and archetypes, it’s great to get acquainted with a whole new cast, even if a few of them feel like they’re just ‘filling the position’”

Mass Effect: Andromeda gets straight back into the signature Bioware party system, recognisable to players of the original trilogy or the Dragon Age series. If you relished walking around the Normandy or Skyhold chatting with all of your team members from either of the aforementioned franchises, you will not be disappointed by ME:A. The Tempest holds a brilliant array of crew members that you gather…oddly quickly on your journey around Andromeda. With a variety of races and archetypes, it’s great to get acquainted with a whole new cast, even if a few of them feel like they’re just ‘filling the position’. That said, there are certainly some characters I absolutely adore! Peebee continues to make me laugh, SAM is oddly endearing for an AI, and the conversational dialogues between Vectra and Drack are inspired.

Unfortunately, this is where I have to start getting harsh with ME:A. I feel like I need to stipulate that Mass Effect: Andromeda is by no means a bad game and not worth your time, it is absolutely worth it, but this isn’t the new Mass Effect that it could have been. ME:A feels like an exercise in missed opportunities; everything that is great about ME:A are things that almost every game can pull off and things that Bioware has pulled off in the past. The combat is solid and enjoyable, the world is large and interesting, and the game has an intriguing enough narrative. But for me, there was a general lack of evolution and nothing that felt “Yes, all of this all the time!” I am yet to have a moment that made me feel like the title was in anyway epic. 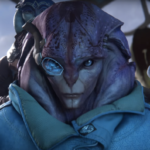 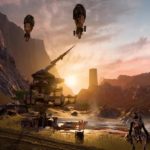 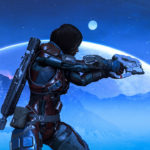 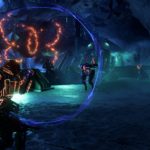 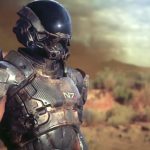 While I generally enjoyed the experience of Mass Effect: Andromeda, its issues need to be addressed. There’s a general lack of polish throughout the experience which I normally wouldn’t feel the need to comment on, but when there are aspects of every scene that feel unfinished, the lack of polish becomes all the more blinding. Jittery or clipped animation problems occur frequently with audio engineering and cuts being choppy or simply wrong. These issues, whilst in no way deal breaking, continued to pull me out of the experience and left me wondering how these problems made the final cut.

“These issues… continued to pull me out of the experience and left me wondering how these problems made the final cut.”

The character of Ryder is a major pain point for me as well. Shepard was nothing if not well characterised. No matter if you played Paragon or Renegade, the protagonist had true character, motivation, understanding and empathy. Ryder on the other hand, our new twin player characters, take the concept of a blank slate almost too far. Ryder lacks a consistent identity and his/her manner feels too youthful for the roles that he/she has been thrust into. Everyone just seems to see the floating camera behind the player character and react like “Oh I guess you’re the protagonist, here’s a ship, go save the cluster.” I would have loved to see a better characterisation of Ryder, which I know Bioware is capable of. It’s just disappointing to see the opportunity missed.

Mass Effect: Andromeda is let down by the fact it has to follow on from the Mass Effect trilogy. By its own credit, it’s an excellent title and I certainly believe it’s worth your time, but I can’t help compare it to the original series and the comparison does not do it any favours. Writing this review I often felt I was being overly harsh due to my personal attachment to the series and the characters we’ve left behind, and maybe I have been. But Mass Effect: Andromeda, to me, has all the ingredients of being an absolutely incredible game, it simply wasn’t left in the oven long enough. Having said that, you’re going to love it anyway, even if it’s a bit messy.