It’s been a very long time between drinks for Persona fans. No JRPG franchise has quite captured the strong style and identity like Persona has, with gameplay that places the same level of importance on evolving your relationships and studying as it does battling strange otherworldly demons. While other developers have tried, none have been able to balance this as delicately and expertly as P Studio, the team dedicated to bringing Persona 5 to life. This is undoubtedly the most slick and satisfying JRPG adventure you can get your hands on.

While the exposition can feel heavy at first, it’s quickly established that things are not right in the city. News reports talk of people losing their minds, almost possessed, citizens in the street discuss strange happenings and the students at your school just don’t seem to be themselves. The plot thickens as you have a strange app appear on your smart phone, which leads you to another world altogether, which is much like the real world but much much darker. It turns out that evil adults have created Palaces in their mind where they can act out their creepy, twisted desires, so you have to delve deep into their cognition, steal their heart and force a change in them so that they confess to their heinous crimes.

When in a Palace, the game leans heavily on a tried-and-true turn-based battle system, as you explore these creative dungeons (which this time have been crafted specifically, not just randomly generated), solve enjoyable puzzles and try to manage your party as effectively as you can for as long as possible before having to go back to the real world to rest, restock and level up your abilities. Everybody in your party has a Persona they can use to cast different kinds of spells, but your character can hold multiple at once, allowing you to switch them mid-battle to capitalise on enemy weaknesses. 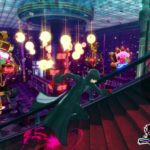 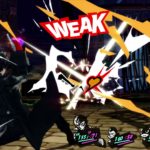 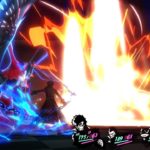 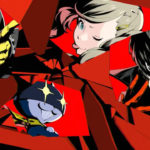 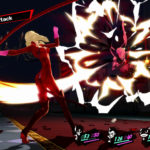 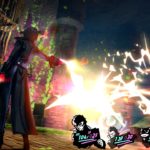 Persona 5’s battle system is made special however by the fact that things never truly feel like a grind. While you can end battles by defeating all foes the traditional way, other effects take place that cause you to stop, think and make additional tactical choices. If you’re able to expose their weaknesses the right way, you can choose to stop and have a conversation with them. Doing so can potentially convince them to join you as a Persona, or give you money and items. They’ll sometimes stop you mid-attack and beg for their life, and your party members will sometimes chime in with additional ideas and attacks if they think it’ll help. The multiple layers add to a very fun and natural flow of battle that never feels repetitive in the slightest.

The Velvet Room has returned, a strange place that allows you to combine different Persona’s and enhance them into stronger beings. This process has you literally playing executioner with these creatures, which you’ve previously had conversations with to convince them to join you. To then decapitate them with a guillotine almost has you feeling sorry for them, but the tantalising reward of stronger allies moving forward makes this process more than worthwhile.

Combat and dungeon exploration aside, the hook of Persona 5 – and what makes it so unbelievably effective and memorable – is that you’re never spending drastically long amounts of time in this other world. Time management comes into play, as the days roll on and you’re given a large range of activities to take part in, which help to increase your stats, strengthen your relationships and gain other advantages that will assist you on your mission.

School is the main constant, and you’re given a chance to increase your knowledge through questions asked in class and exams. After school is when the game opens up, as you explore Tokyo and iconic areas like Shibuya and Akihabara that have been delightfully recreated with a feeling of true authenticity. There are only so many hours in the day, so you’ll have to decide how to best spend your time. Do you go back into the Palace to do some more damage? Stengthen the relationships with your peers to add to your bond? Go to a fast-food joint and get more Guts from attempting a giant burger challenge? Maybe you even have some laundry to do or simply feel like a steam at the local sauna? 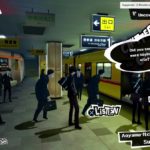 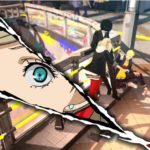 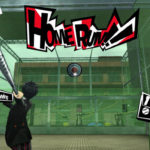 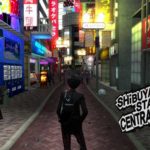 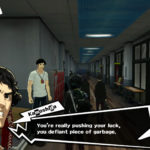 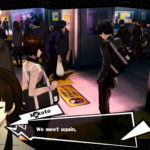 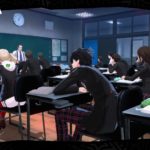 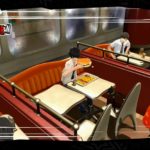 The genius thing is that none of these tasks ever feel mundane, as they all provide some sort of value to your progression. It often becomes a matter of trying to figure out what to make a priority at any given time, even though you’ll never feel penalised for your decision; it all feels super important and is going to warrant many additional playthroughs for the completionists out there.

Persona has always been known for its strong writing and character development, and Persona 5 is no exception. Ryuji comes off as rather abrasive at first, but it’s not long before your conversations help you to understand why he seems so reactive and aggressive. Ann also initially seems hard to sympathise with until you spend a bit of time with her, and all of the major players quickly move from being caricatures to becoming human beings with depth and pathos. Even with the ridiculous amounts of dialogue that was translated from Japanese audiences, the assured writing doesn’t skip a beat at keeping relevant and funny while maintaining a darkness and intensity at the same time.

You only have to see snippets of Persona 5’s gameplay to understand how gob-smackingly stylish it is. The art style is heavily complimentary to the anime cut-scenes, but every element has been constructed with a real attitude and vibe that jumps off the screen. The menu for selecting attacks is slick, letters fly around to form words and dialogue boxes appear with close-up reactions ripping across the screen. Even the results after battle is easily the most memorable and downright cool screen that I’ve seen before, with catchy music to boot. No stone has been left unturned and it’s a level of polish that elevates proceedings even further.

It’s quite possible I sound like I’ve gushed my way through this review, but I honestly can’t say enough good things about Persona 5. The possibilities really do feel endless every time you pick up the controller, with a bucketload of activities to try, interesting conversations to take part in and a dark, mature story that demands your attention. I struggle to think of a more finely-crafted JRPG experience than Persona 5, where every element screams with style and provides you with hundreds of memorable moments, with hundreds more yet to be discovered. It’s been a long time coming, but without a doubt, it has very much been worth the wait.