What happens when you cross one of Japan’s most successful gaming series with a gaming developer hailed for its excellence in Hack n Slash RPG’s? Well, you get yourself a gaming gem like Dragon Quests Heroes II, that’s what happens. Returning for a second round, after its previous installment was released in 2015, Dragon Quest Heroes II was bound to be just as fun and pleasurable a game as its predecessor – and I wasn’t disappointed.

Right from the start, Dragon Quest Heroes  II wowed me with stunning visuals, an action-packed battle sequence, and a quick introduction of our young protagonists, cousins Lazarel and Teresa. Both of them young knights-in-training, working towards the day they’ll act as peace keepers, helping to maintain the 1000 years of tranquility their kingdom has enjoyed. After a brief period of friendly sparring, their fun is cut short and players are thrust into battle against their first horde of familiar Dragon Quest monsters , as a neighbouring kingdom wages an attack on their city. With the prospect of war looming on the horizon, it’s up to Lazarel and Teresa to investigate the cause of this conflict and prevent war from sweeping over the seven kingdoms. Throughout the quest you’ll discover the true cause behind the rising tension and learn of a prophecy made 1000 years ago, foreshadowing the second coming of war.

As mentioned before, Dragon Quest Heroes II has been beautifully rendered, and this can truly be appreciated both during exploration and combat. Players will get to explore the seven kingdoms open world, each lovingly detailed with sweeping plains and hordes of enemies to combat.  Each one of the seven kingdoms is unique and presents players with challenges they will need to overcome, all with varying difficulties and region specific foes to do battle with. What makes this more impressive is the fact that each locale is individually fun to explore; you can easily spend a few hours in a single region just roaming around without ever getting bored. 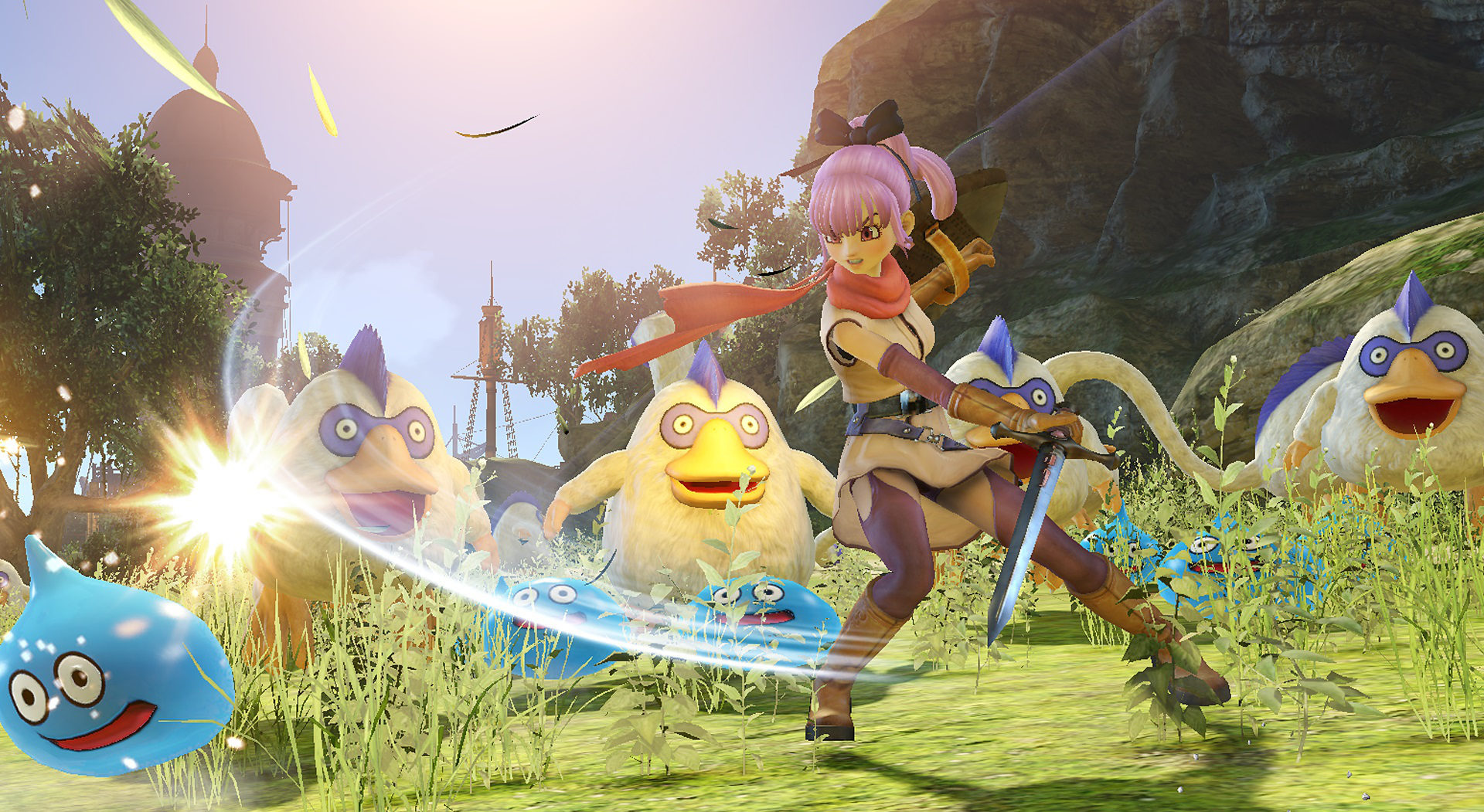 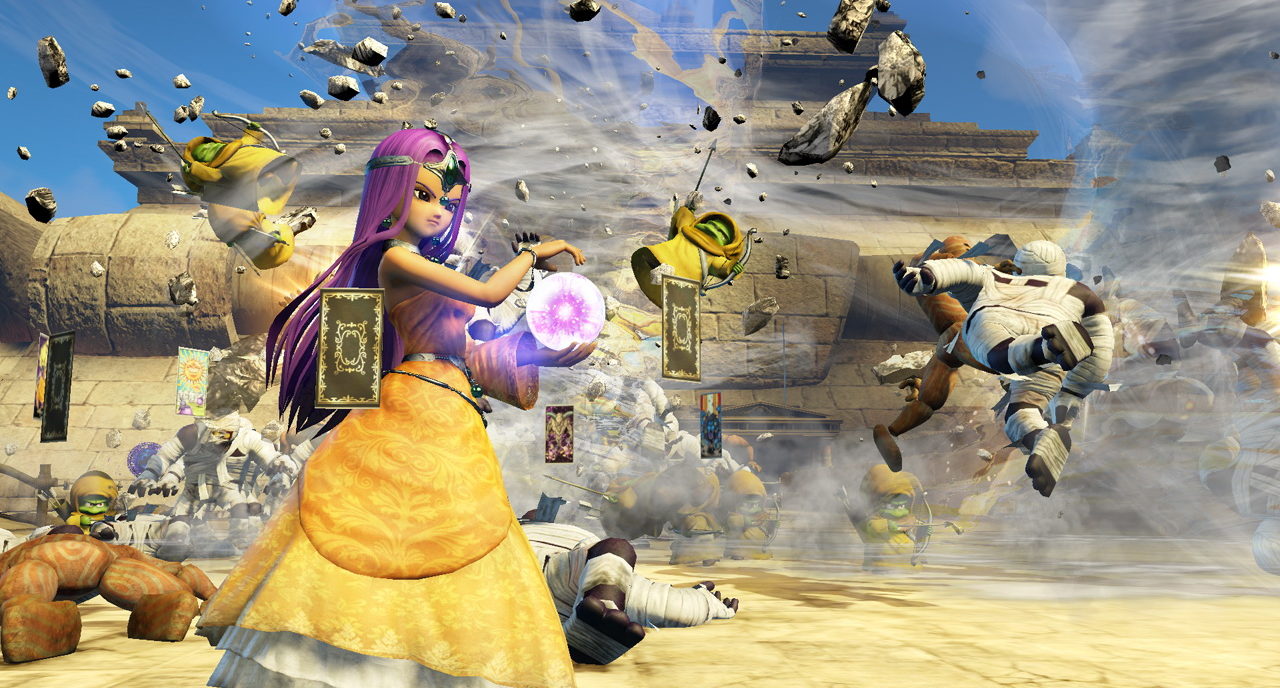 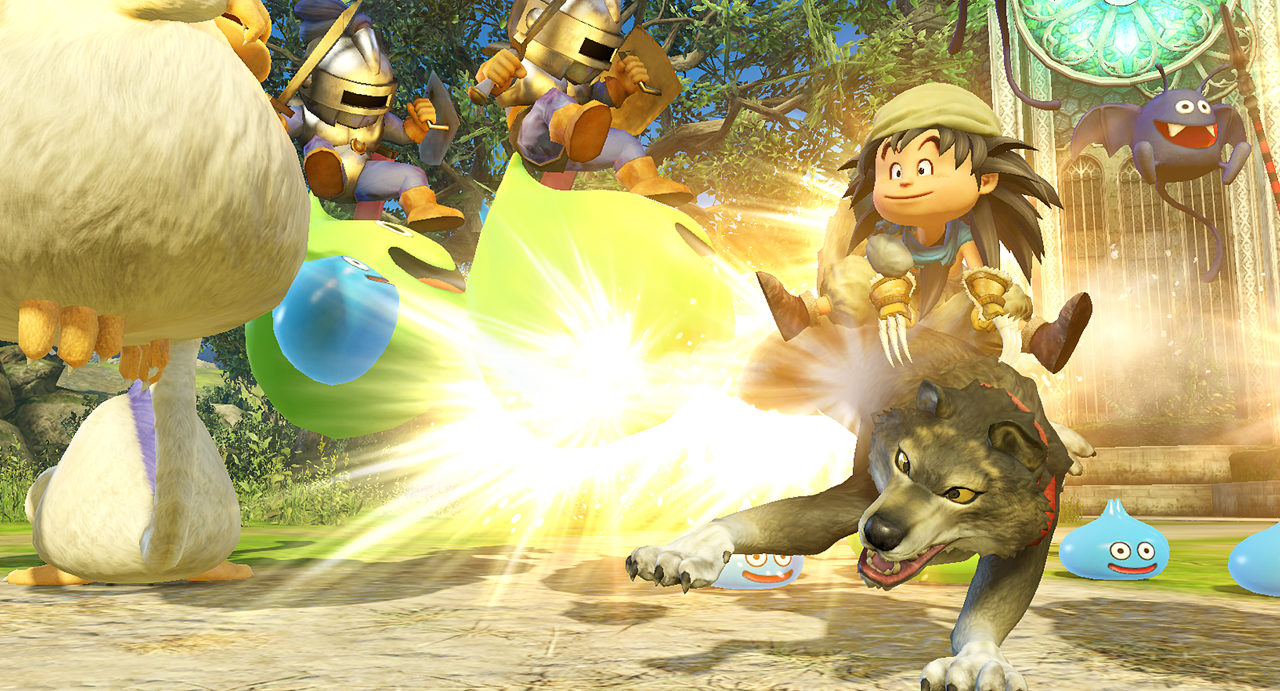 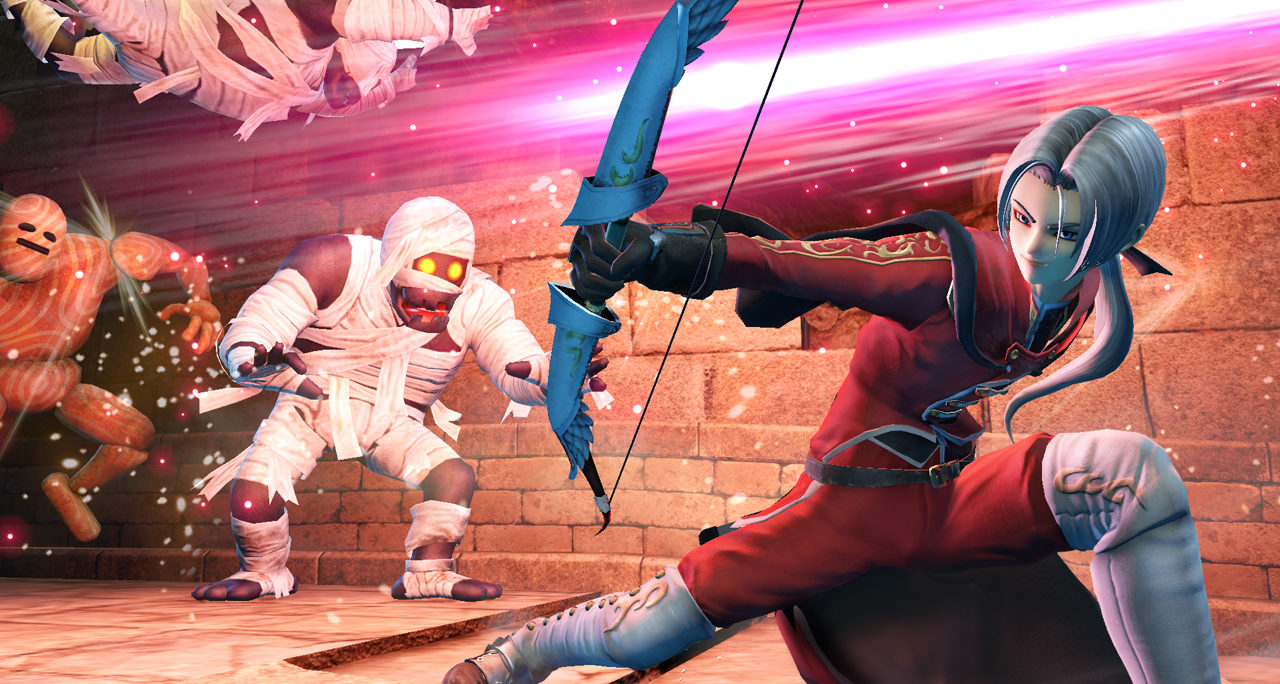 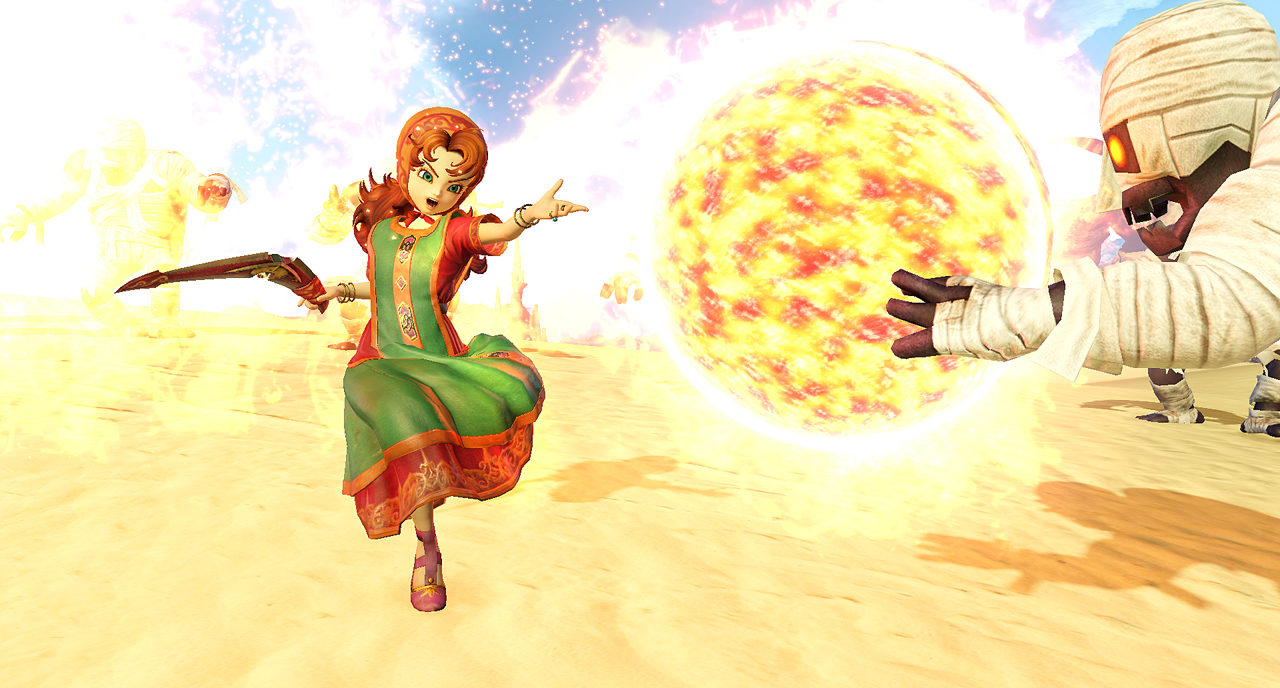 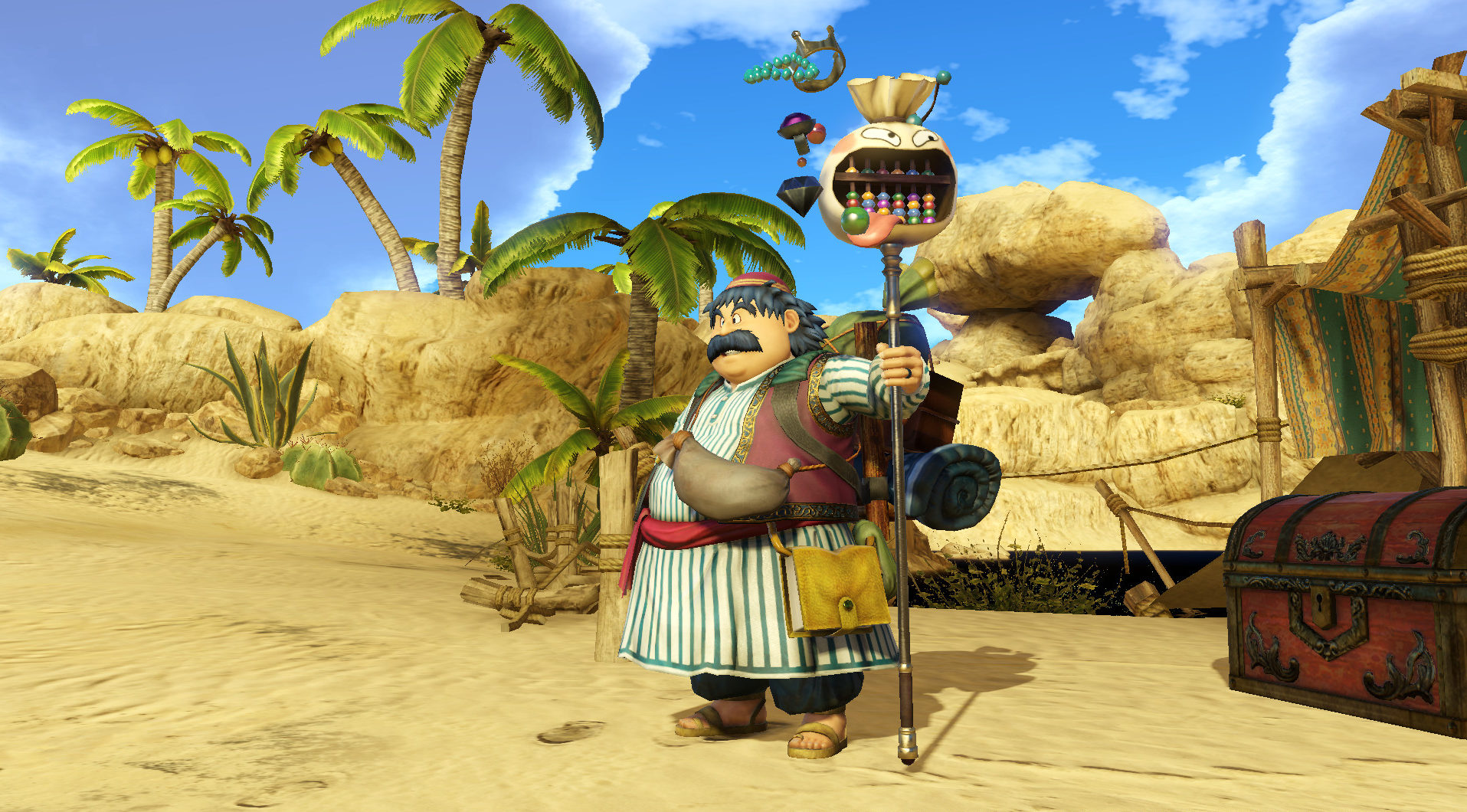 “I simply couldn’t stick with just one character; it was just way too much fun.”

Battle gameplay within Dragon Quest Heroes II is simply fantastic; there’s never a dull moment. Beginning with only Lazarel and Teresa for battle partners, I was accompanied with additional team members soon after, and further gameplay granted me a playable roster of 15 warriors. Creating a balanced team made for a fun time, as I wanted to bring along everyone but was limited to roster of four per battle. The most enjoyable part of the battle, for me, was getting to switch between characters with ease; each one kept me engaged from start to finish. Switching characters, I found, could also be beneficial, as doing so at the right moment provided me opportunities to deal massive damage with switch attacks.

Dragon Quest Heroes II excels at keeping battles fresh and fast-paced. While each character has an individual selection of techniques and abilities unique to their job class, only Lazarel and Teresa possess the ability to switch professions. The more you play with a certain character, the more proficient they’ll become at using their weapon of choice. With higher levels of proficiency, players are able to learn new techniques, deal greater damage, and even gain group bonuses to assist the entire party.

The fact that it’s a Hack n Sash game in no way detracts pleasure from the experience, and once a character reaches their Tension Limit, you’ll be able to dish out special attacks with no cool-down and a final attack that destroys anything in your path.

For those, like me, who love a spot of item hunting and creation Dragon Quest Heroes II doesn’t disappoint. During your travels, monsters will drop a number of different items and ingredients needed to improve your accessories. The added bonus of using these items to craft even more powerful accessories with additional buffs is welcomed. Players will also be given the opportunity to complete optional missions, usually dealing in monster hunts or item collections that reward you after completion with hard-to-obtain items and experience. 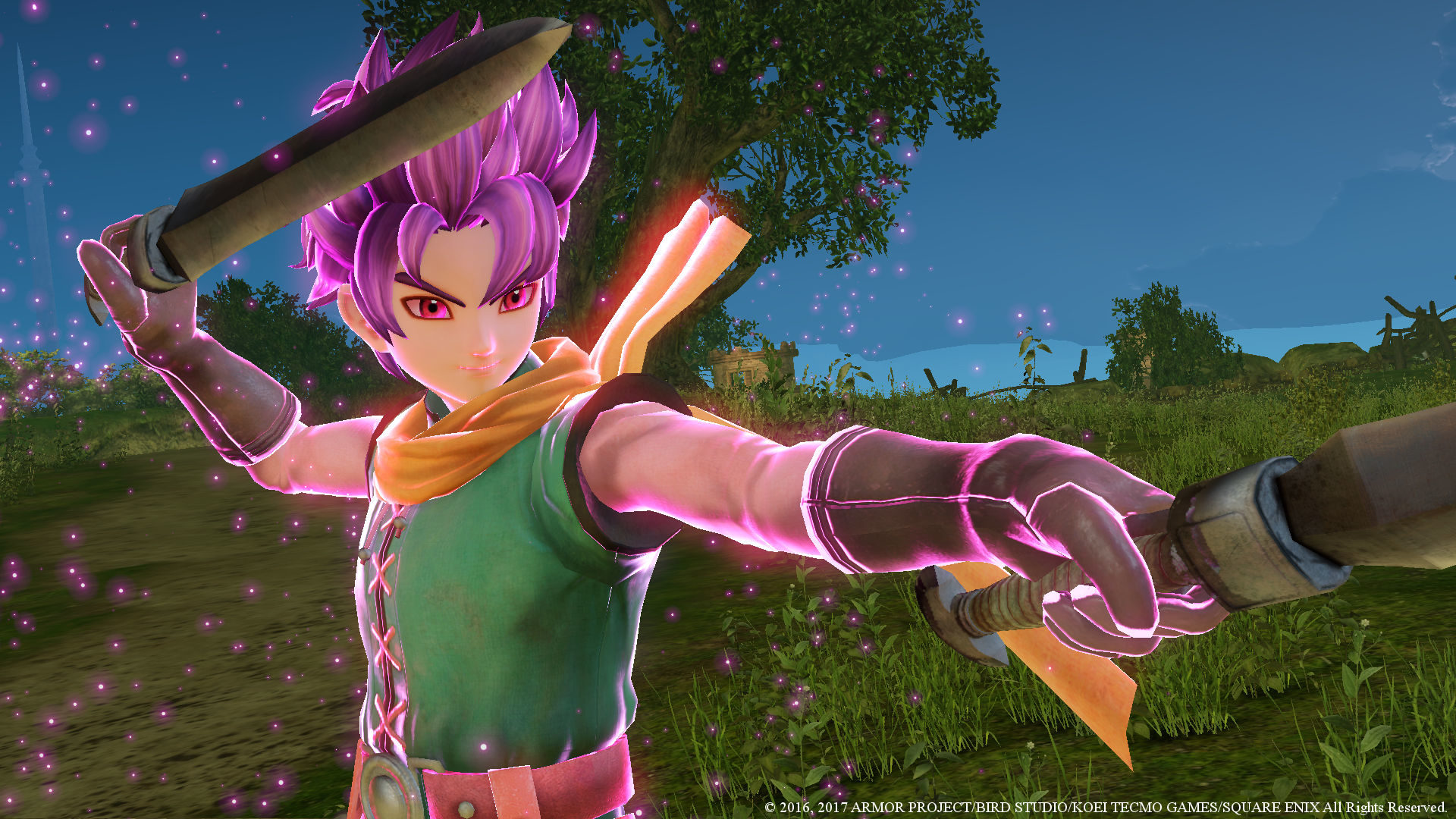 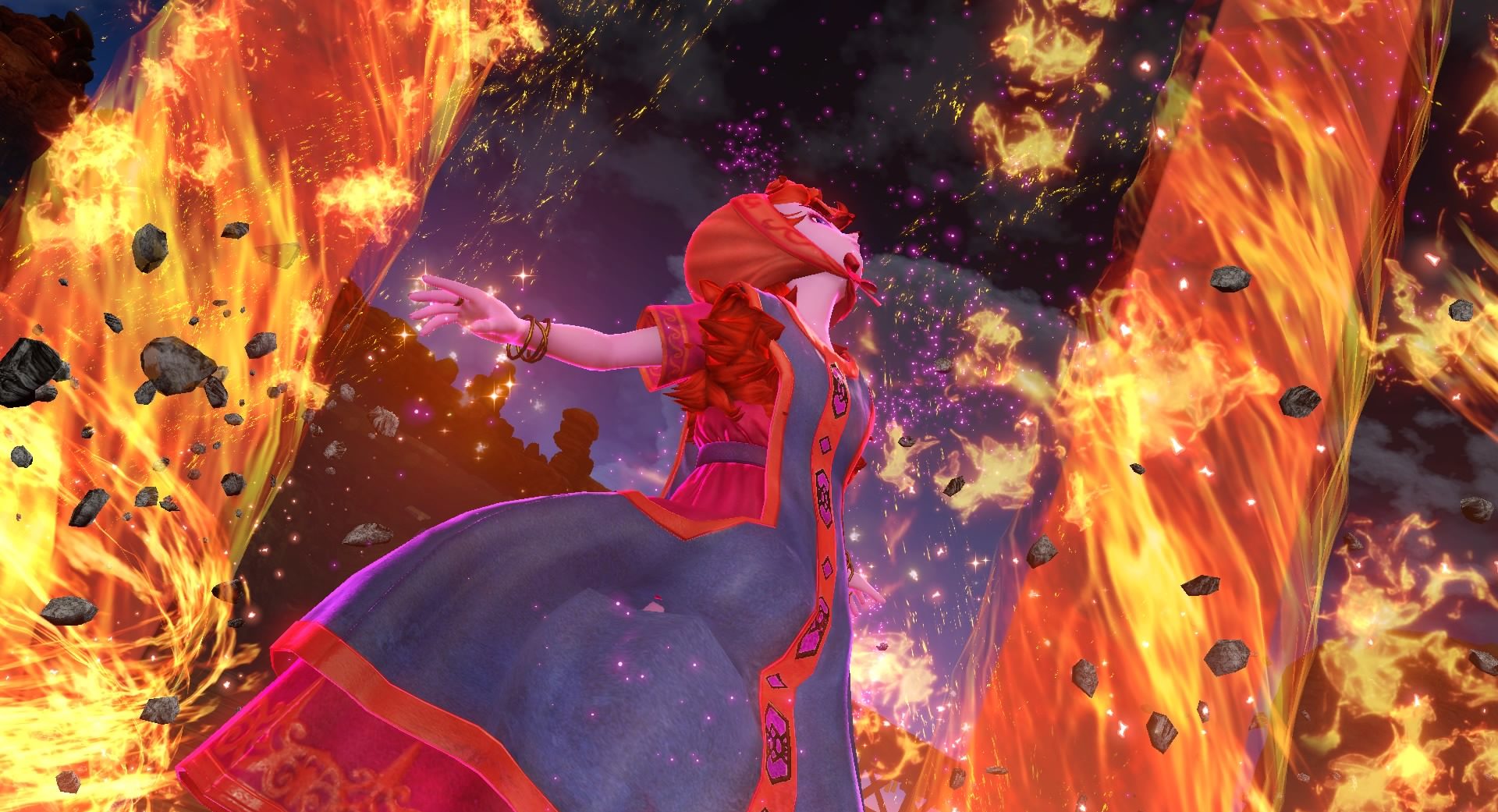 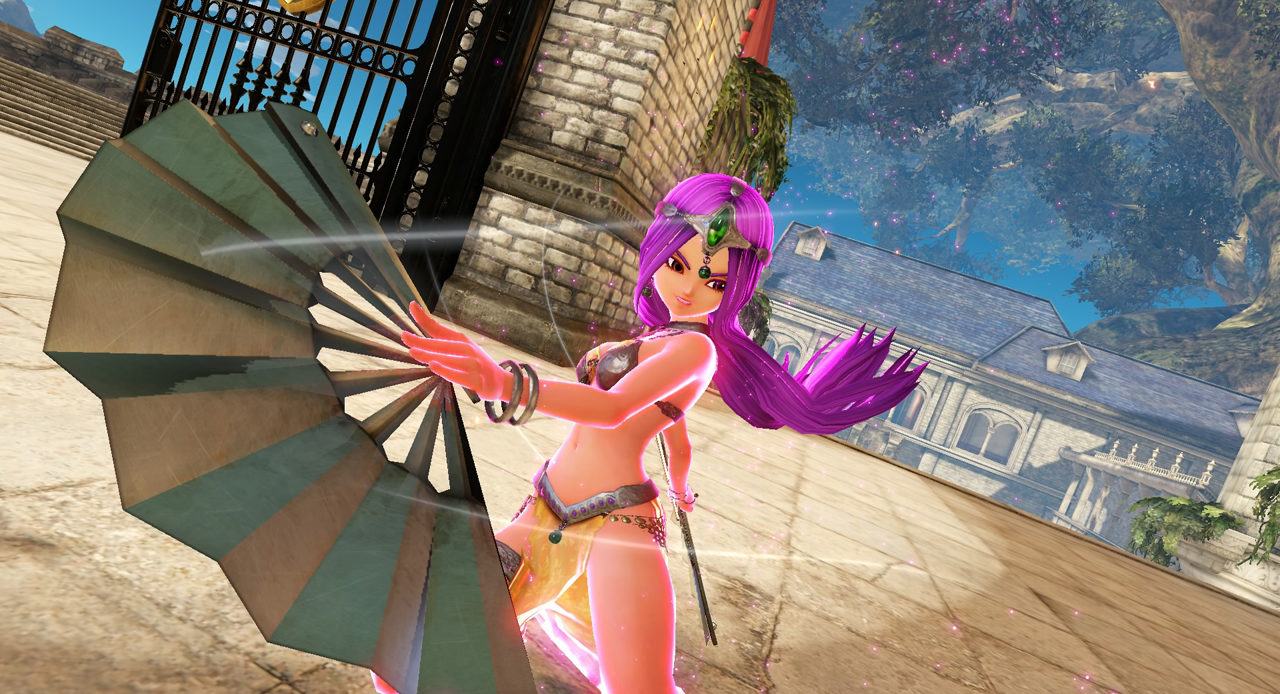 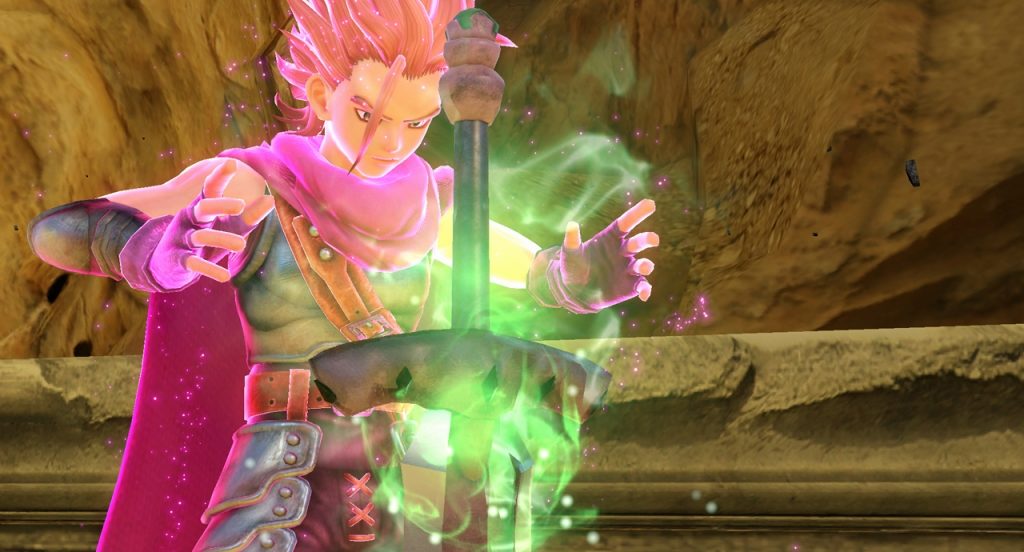 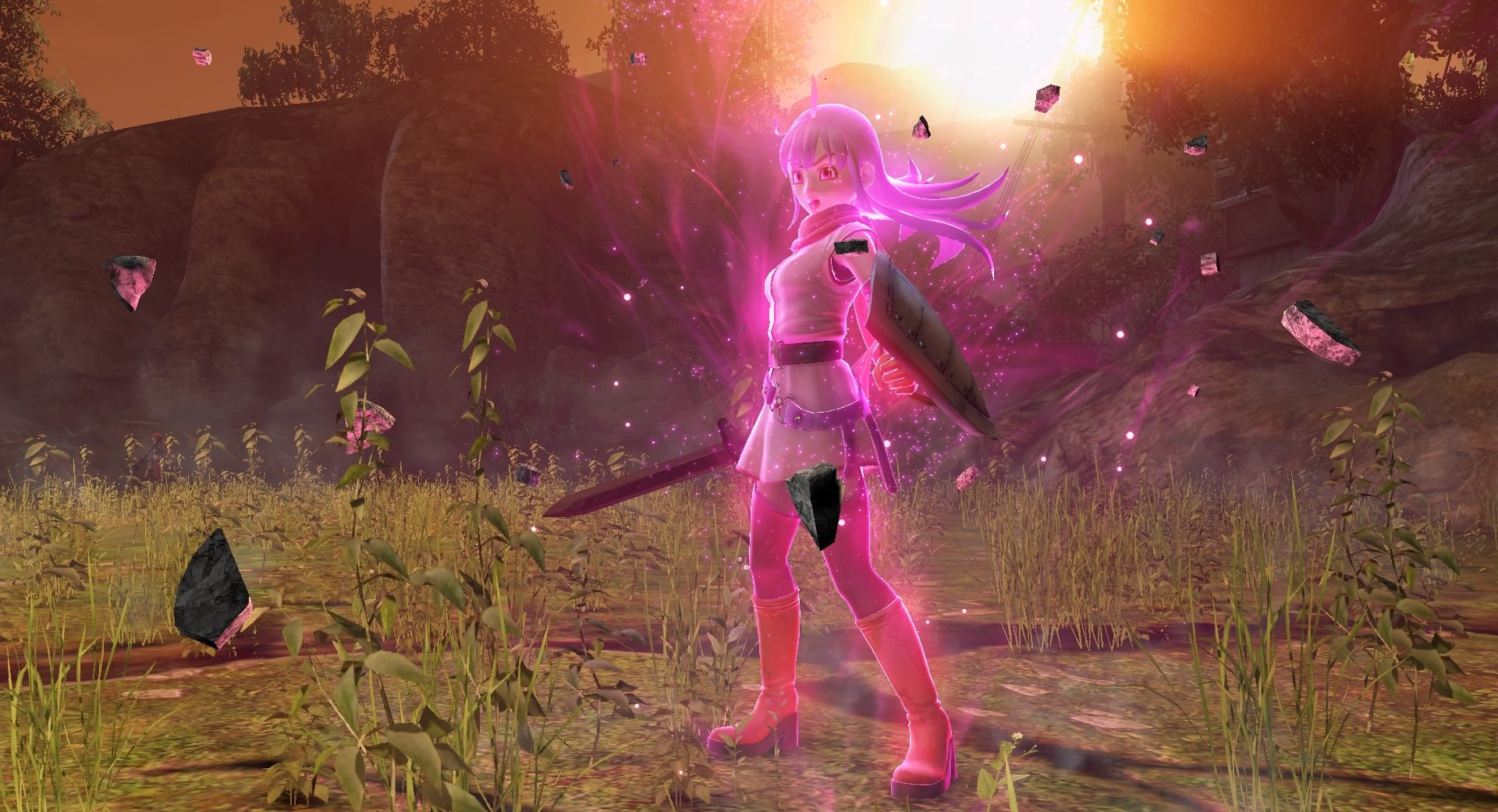 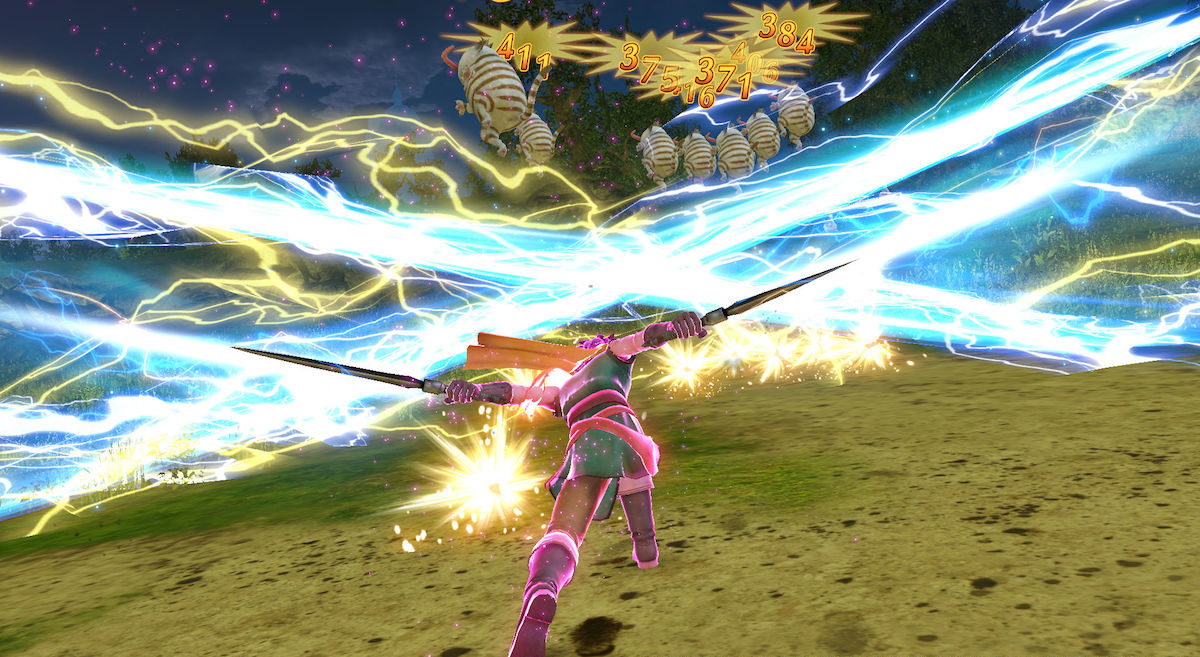 A welcome addition to Dragon Quest Heroes II is the online gameplay option offered to players. Later on in the game, you’ll be able to enter an online realm where you may either play solo or in a group to complete tasks, gain items and explore areas unique to online play. However, this is not the only time a player can engage in online gameplay; for those who want some extra assistance during the story, you can call allies and additional players to assist you in your quest.

Dragon Quest Heroes II is a well-polished game, it had very few cons that I could find while playing – in fact I had to be really critical to list any. As with any Hack n Slash game, there’s always a risk that battles can become repetitive and predictable, Dragon Quest Heroes II skirts the edge of this, but the innumerable characters you have to play with make this an almost non-entity. The targeting system while battling could’ve been tightened up a little as you can occasionally waste your final tension attack on an area that you weren’t intentionally aiming at. Lastly, the English voice acting cast was a little cringy at times, but after getting used to the preposterous English accents I found this to be endearing.

Dragon Quest Heroes II is one those very rare games where I can only sing its praises. Benefitting from the Dragon Quest series’ popularity and the astounding level of gameplay quality, this latest Hack n Slash instalment has kept me engaged for the 25-plus hours I’ve played so far. I don’t intend to put this game down anytime soon and I certainly look forward to seeing you on the battlefield alongside me.