Story driven video games have always been a staple in my Steam library on my PC. The pinnacle for me was the Telltale adventure games such as Tales from the Borderlands and The Wolf Among Us. I stumbled upon the original release of Dreamfall Chapters, developed by Red Thread Games, on the front page of Steam last year. Now, it’s all happening again on PS4 and Xbox One with the definitive edition, or “Final Cut” version, to bring some point and click action to your console.

Dreamfall Chapters is a nice nod to the old-style point-and-click adventure games of the 80s and 90s and does its hardest to bring the genre into the modern age. While being a successor to The Longest Journey, and Dreamfall: The Longest Journey, Dreamfall Chapters does a lot to make sure newcomers to the series know how its universe works and the settings that take place. While most of the times this is done subtly, there were times where characters just sat and spouted exposition at you.

To explain the story of Dreamfall Chapters is quite difficult without playing it yourself. The story, which revolves around two characters in two worlds of a multiverse: Zoe Castillo, who resides in the science fiction, 1984-esque future version of Earth, renamed Stark in the multiverse, and Kian Alvane, an Azadi rebel who lives in Stark’s “twin world” of Arcadia, a world of magic and fantasy. The two worlds are connected to the rest of the multiverse by the primordial “Storytime” that people visit in their dreams. Confused yet?

Luckily, the story is structured episodically, in books, each book containing around 3 to 4 chapters, which makes things a little easier to digest. It follows the same gameplay style as games such as The Wolf Among Us, with decisions you make through the game changing the game later on, and puzzles that utilise the point-and-click adventure style of use an object you find on another object you see to proceed, which is a style of game that I very much enjoy.

“The bleak dystopian future, usually depicted as brown and colourless, was painted in vibrant blues and purples, bright reds and neon greens…”

The characters of Dreamfall Chapters felt a bit hit and miss as I was playing. Two of the main characters, Zoe Castillo and Kian Alvane, were well thought out and characterised; I felt myself growing connected to them as I played as them. The voice actor for Zoe put a lot of emotion into her performance which definitely helps to make her feel relatable, whereas Kian, while not having as strong voice acting, his dialogue options and choices served to help ground the fantasy world in which he resides. However, there were a few side characters that I found tedious to speak to, or flat out did not like. 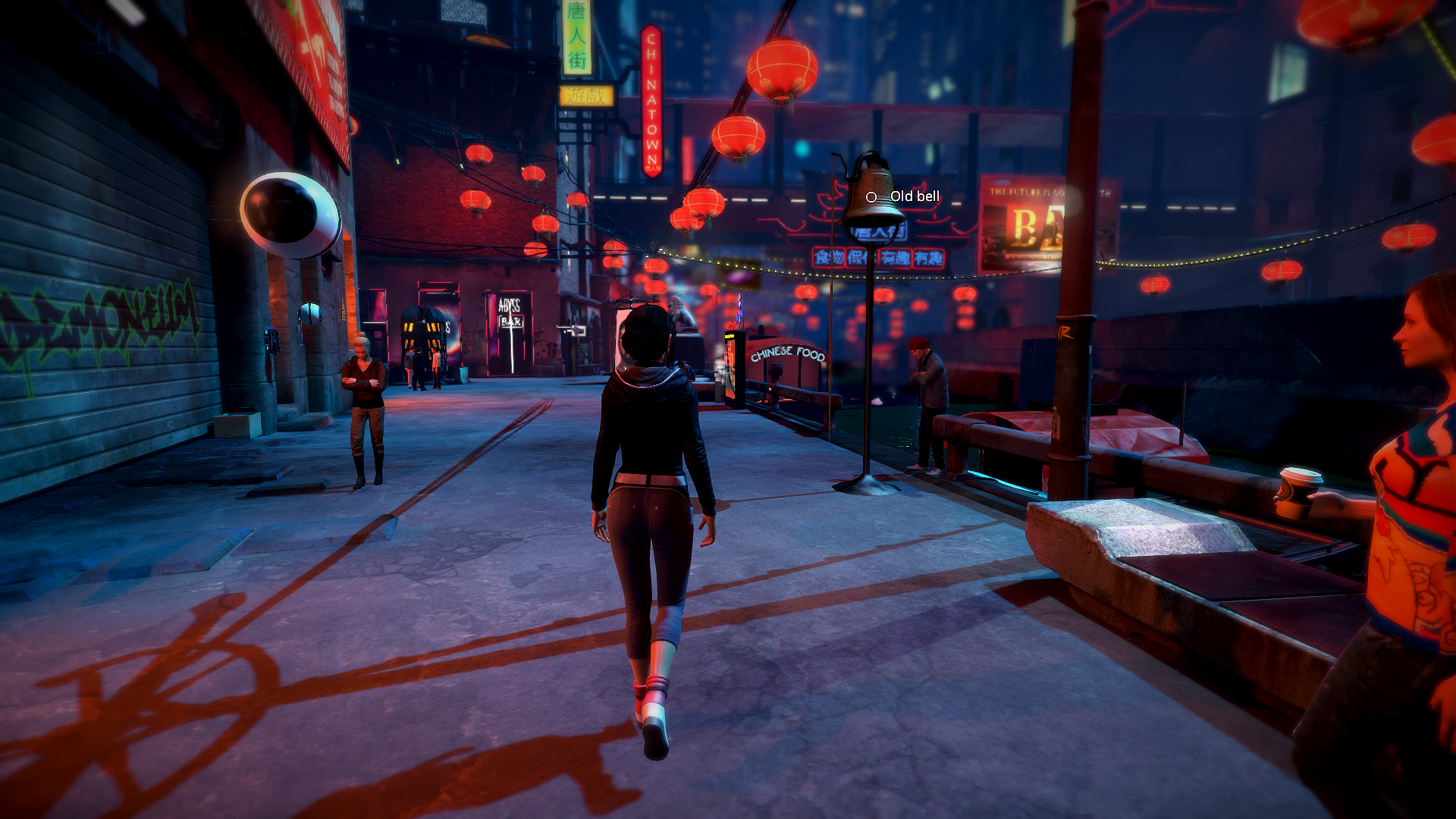 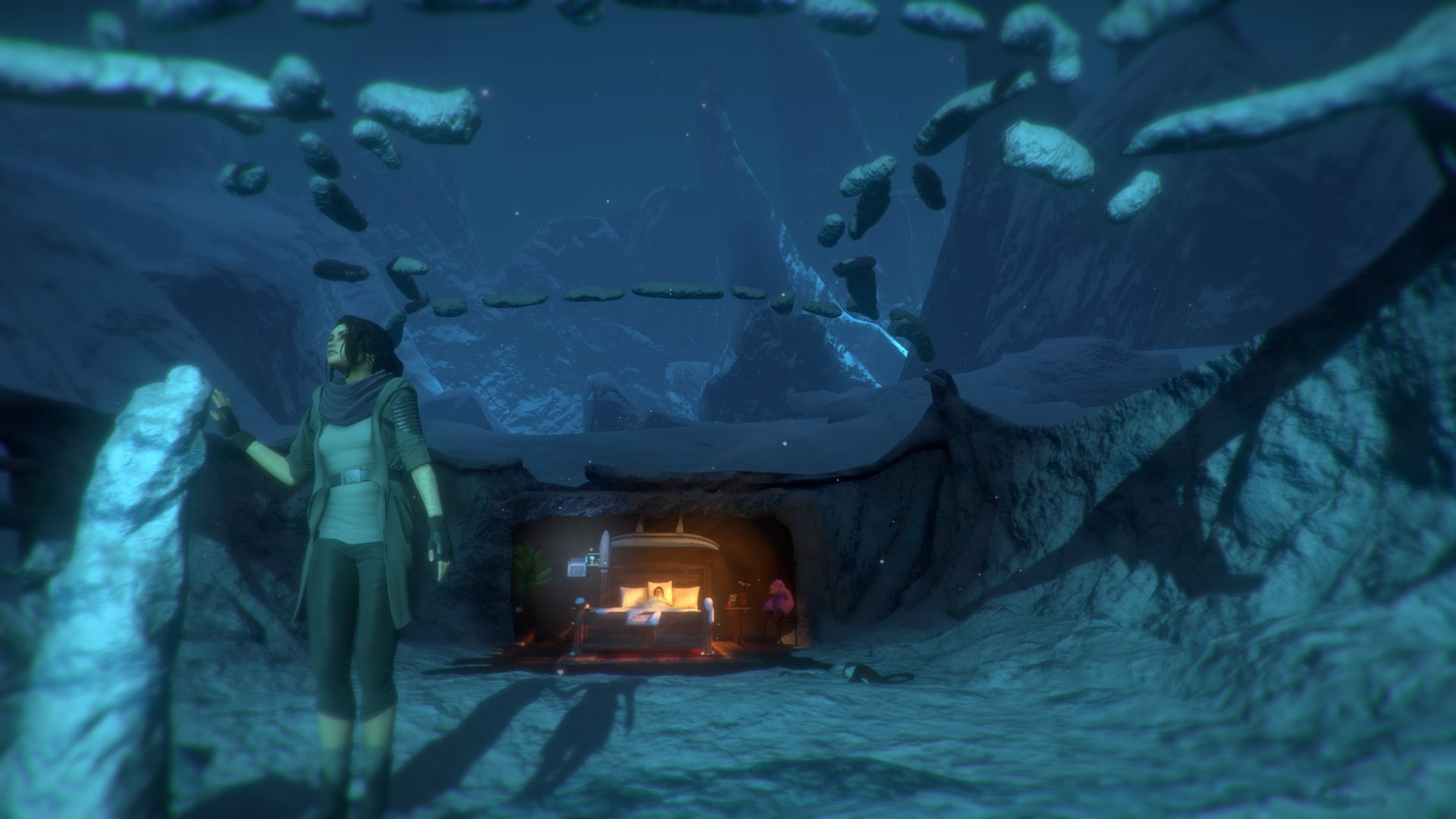 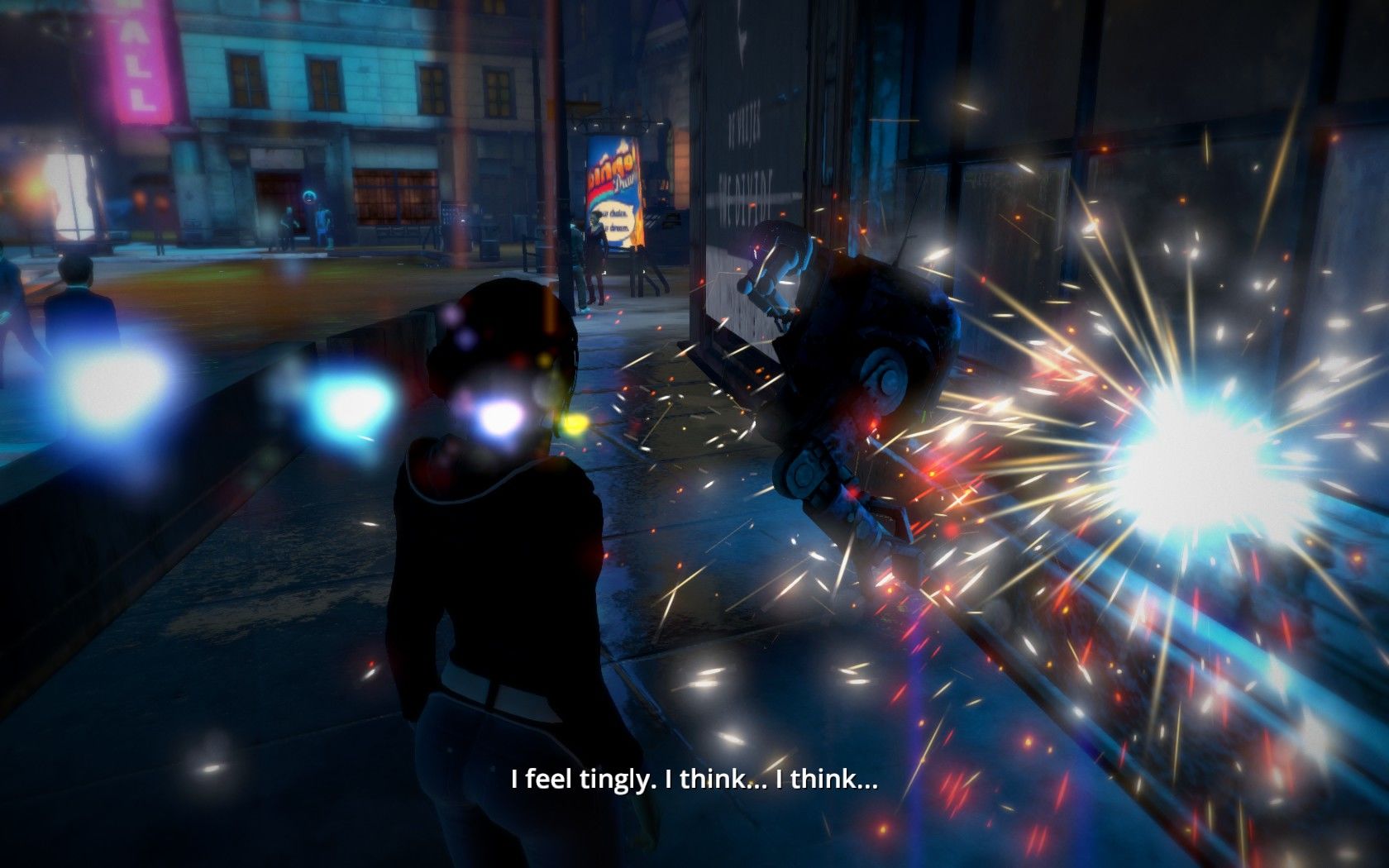 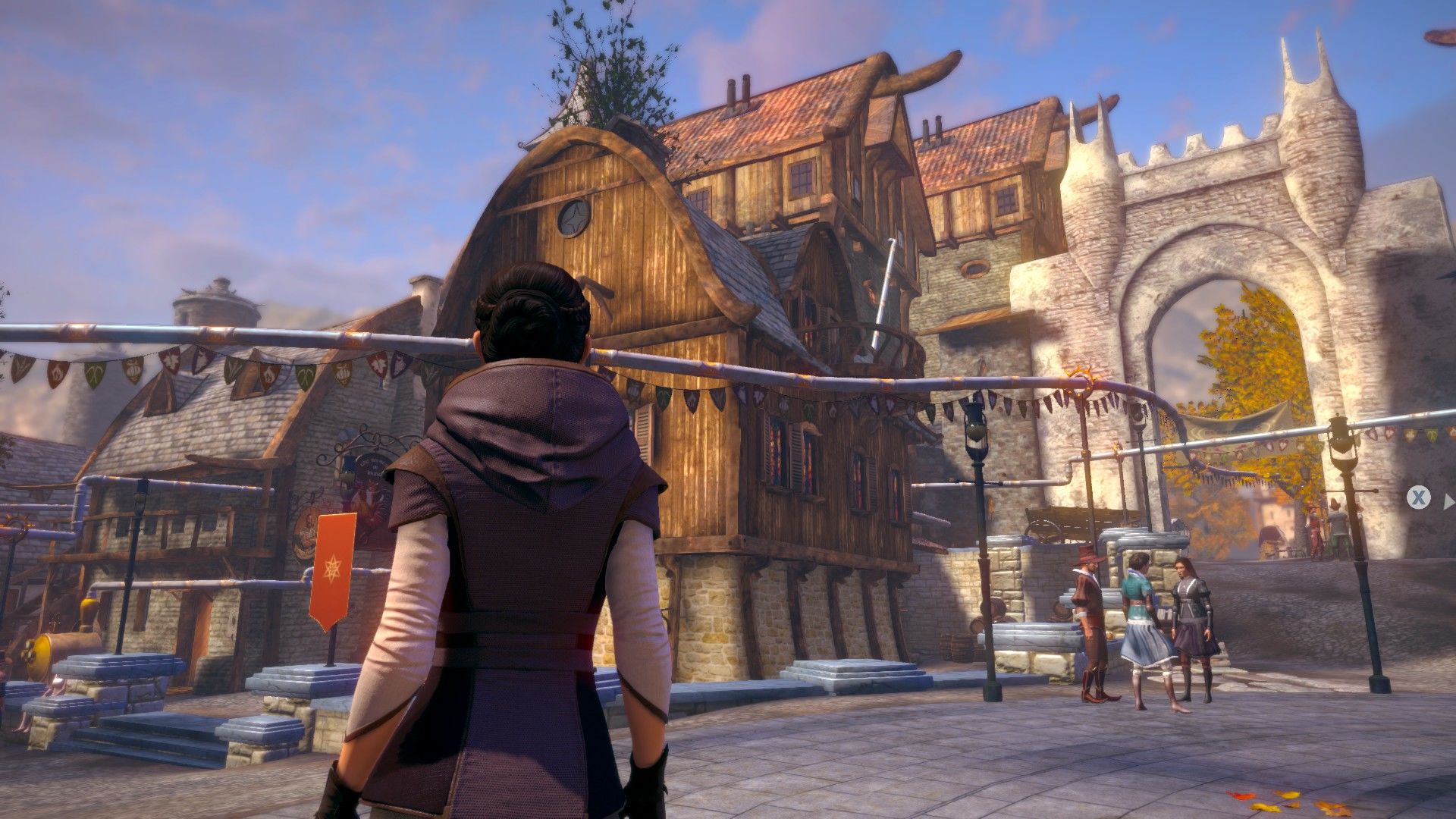 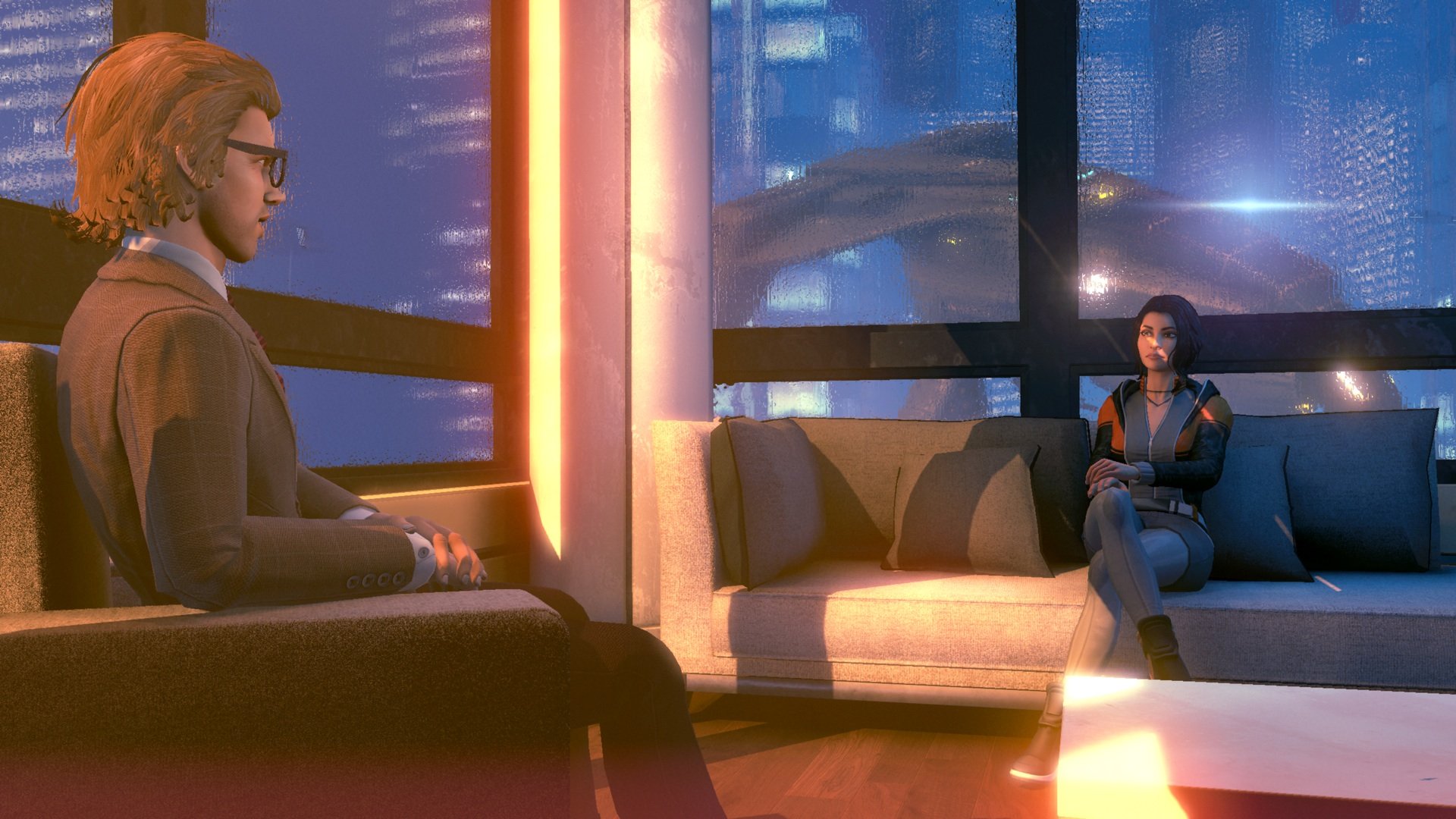 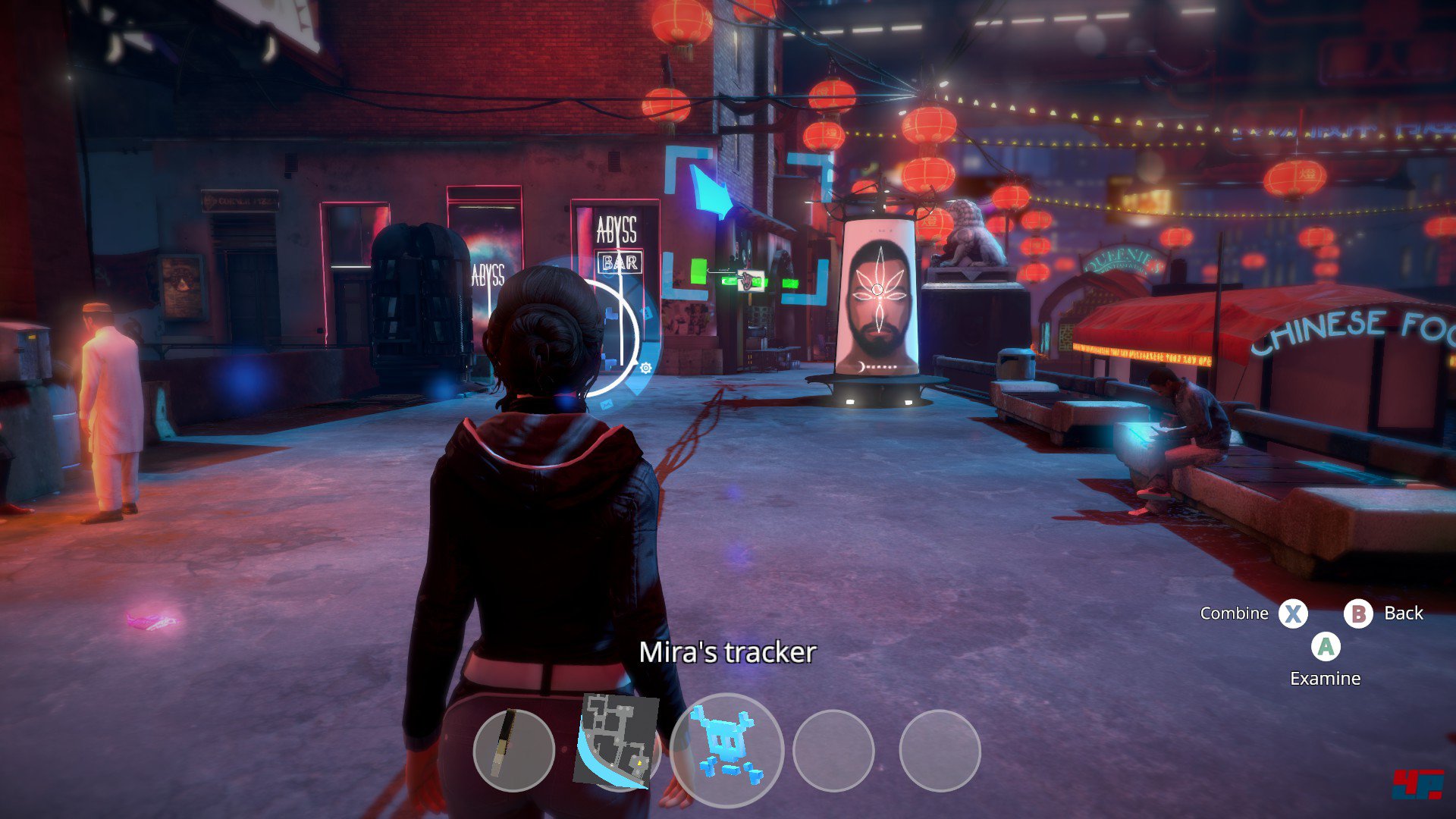 There were some very creative design choices for the worlds of Arcadia and Stark. The bleak dystopian future of Earth, usually depicted as brown and colourless, was painted in vibrant blues and purples, bright reds and neon greens. The run down, slum area of Propast was covered with graffiti, posters of political figures and various advertisements. Arcadia, by contrast, had a very muted and pastel colour scheme with more emphasis being put on the designs of the characters and set dressing. The opening sequence of Arcadia depicts a funeral ceremony with a blue child, with a headdress of branches adorned with jewels, singing to a ring of boats on a river as the central boat is set ablaze. It sets the visual tone for the rest of the adventure.

The game’s “Final Cut” remastered a lot of the graphics of the original release. While the original graphics weren’t bad as such, they did tend to make characters and surroundings look a little flat and lifeless. With the increased texture quality, characters looked far more fleshed out and set dressing popped against the background. As I was playing I did have the occasional graphical glitch where I would speak to a person who didn’t have a face until halfway through the conversation as textures loaded, but it didn’t detract from the overall visuals.

While the graphics in Dreamfall Chapters may have been improved, the game has some less than stellar animations. While the default walk animations are serviceable, cutscenes will often jerk and jump uncontrollably. Characters’ lip syncing leaves a lot to be desired as well, with characters’ lips seemingly moving to a different script than the one that the voice actors are reading. The voice acting for the most part is believable and well delivered.

While Dreamfall Chapters does its best to stay open, with many maps being large areas to explore, there are the odd occasion where you’ll need to enter a doorway, or load into a different scene, and when that happens the loading times can grind on. While not a fast paced game, it does tend to hurt the overall flow.

All up, Dreamfall Chapters is a fun and interesting story, backed up with intuitive controls and interesting puzzles. It does its best to emulate the nostalgic puzzle adventures of the past while bringing its own modern features to the table. If you can look past the graphical glitches and forgive the sometimes jerky animations then I would recommend adding this game to your collection.

Scottish born, Melbourne based geek and gamer, Liam is a self diagnosed serial character creator with a vast graveyard of deleted avatars.