Little Nightmares is an uneasy delve into a grotesque and uncomfortable world. It’s an experience that excels at making you feel insignificant within your surroundings and powerless against the monstrosities you’re escaping. With visual design and sound design at the top of their classes, it’s a real shame that Little Nightmares struggles in some other fundamental ways.

The game is a mash-up of survival horror and 2.5D platforming. Most comparable to game’s such as Limbo or INSIDE, Little Nightmares is able to inject a level of personality and atmosphere into the platforming genre that is rarely achieved.

I can’t sing enough praise for Little Nightmares’ visuals. The beginning sections of the game scream of Tim Burton influence, and the latter half could be mistaken for the work of Studio Ghibli. Yes, it is in seriously good company. The environments are beautifully crafted and the enemy design is as creatively brilliant as it is morbidly grotesque. The game even switches at one point to a more Japanese-oriented style, yet it never felt jarring or odd, it totally worked. 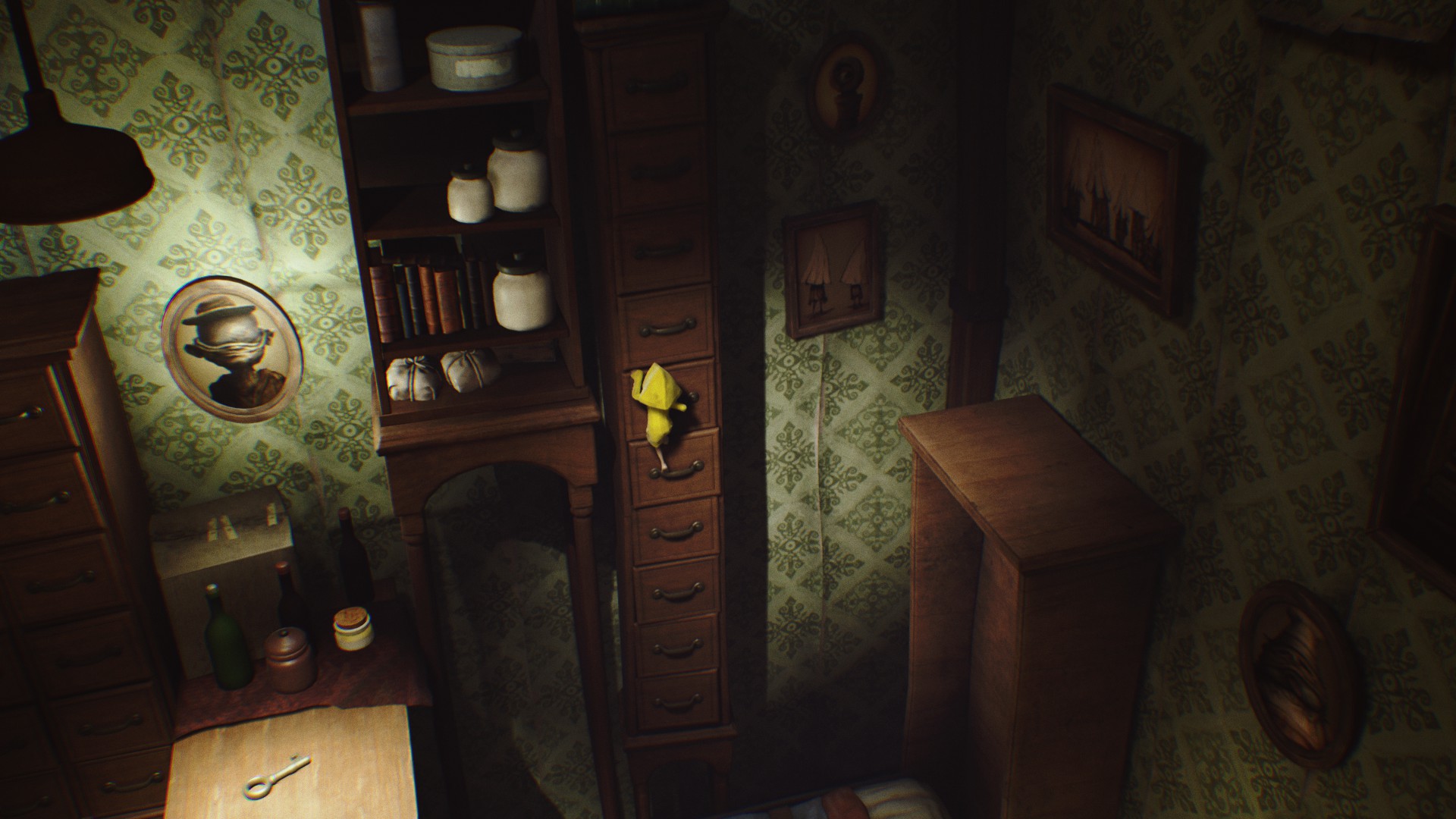 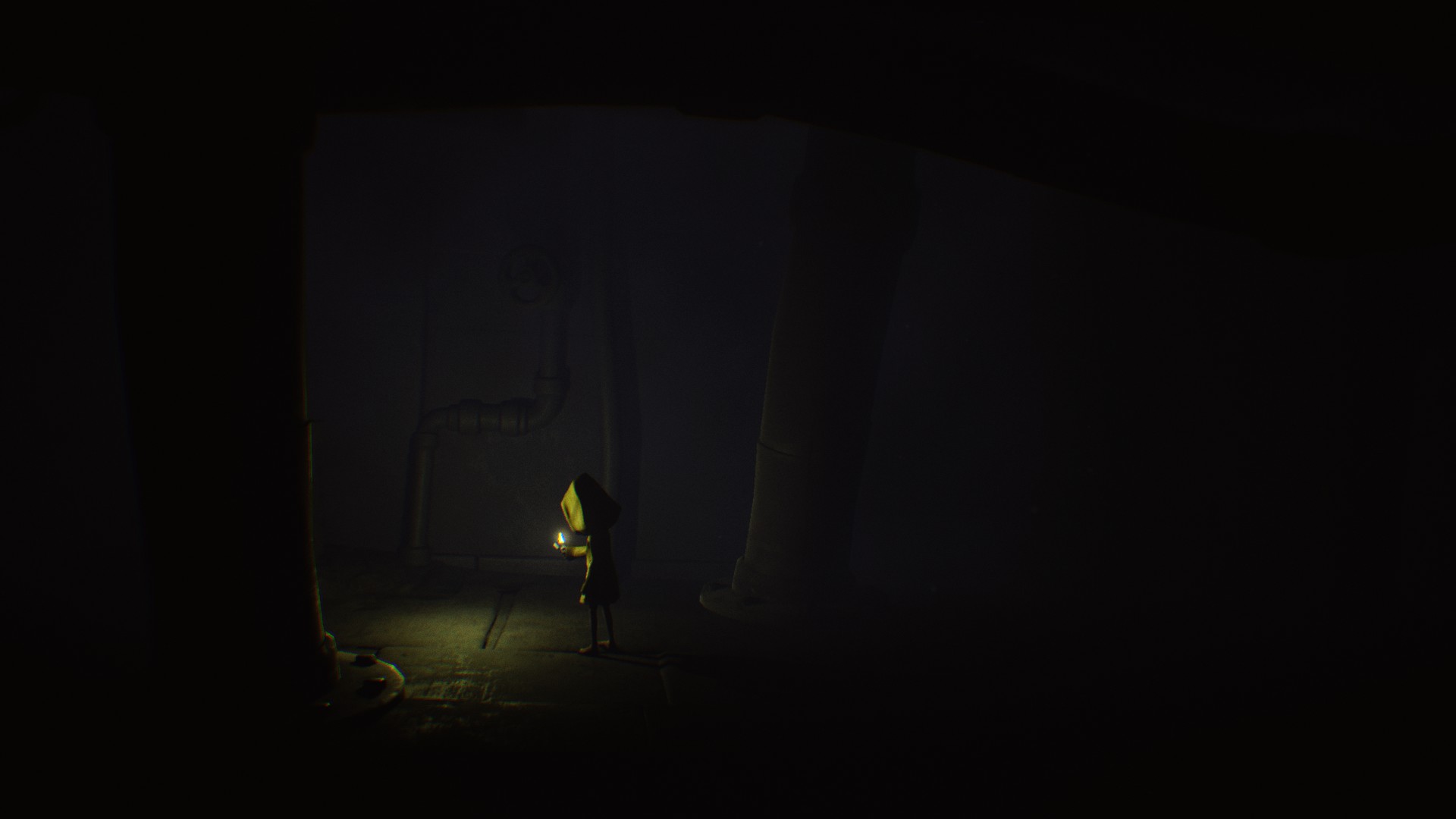 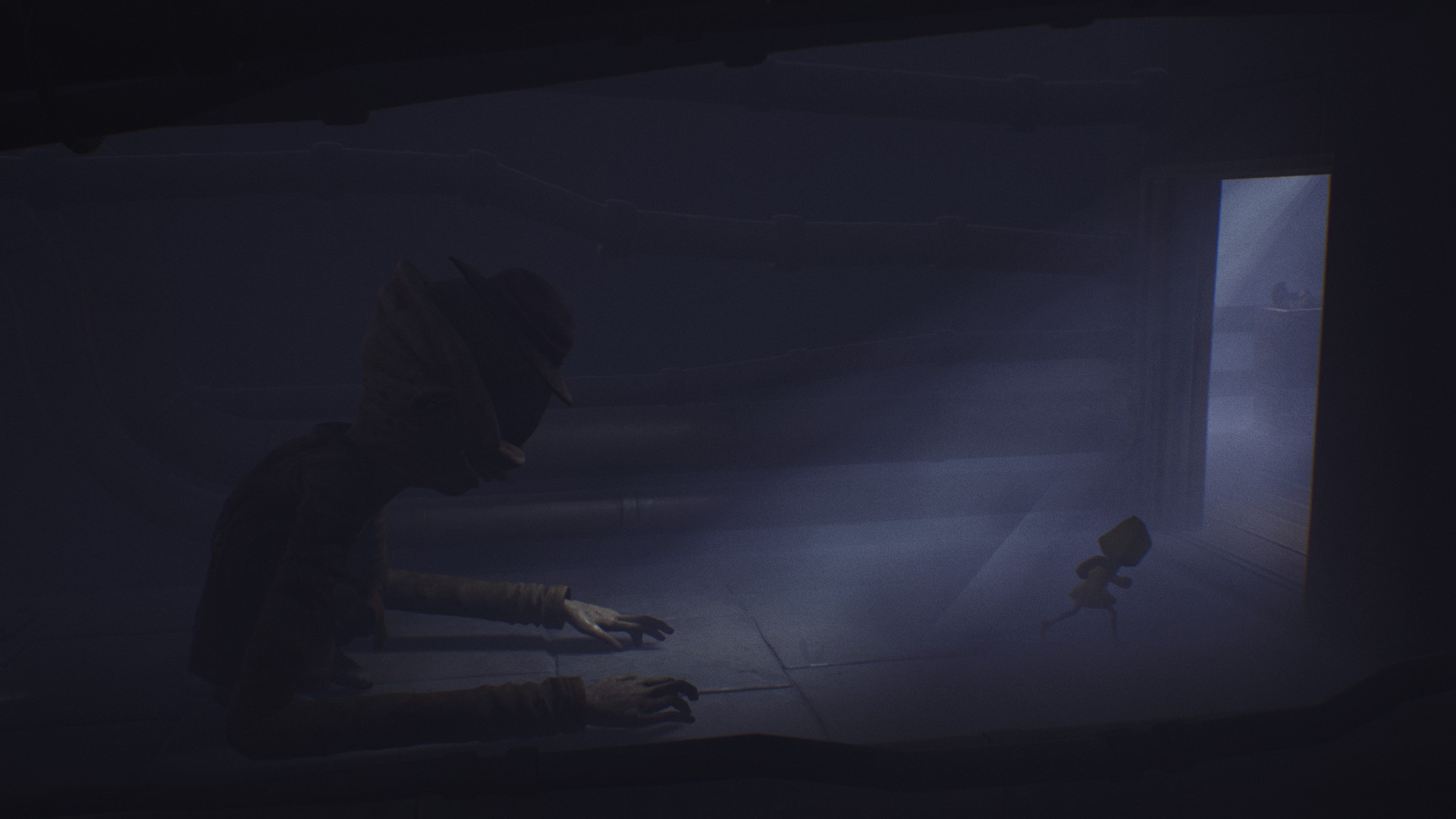 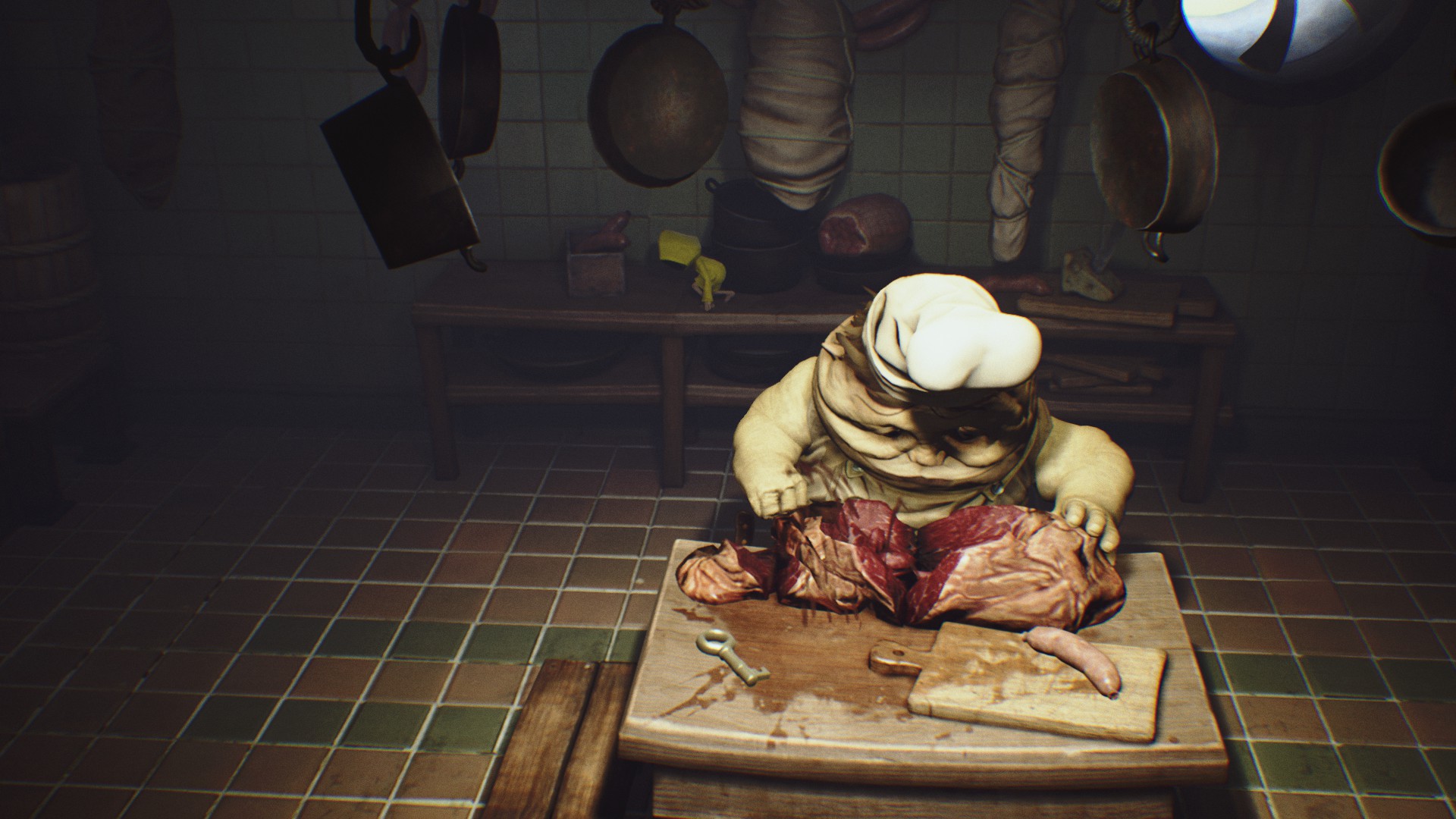 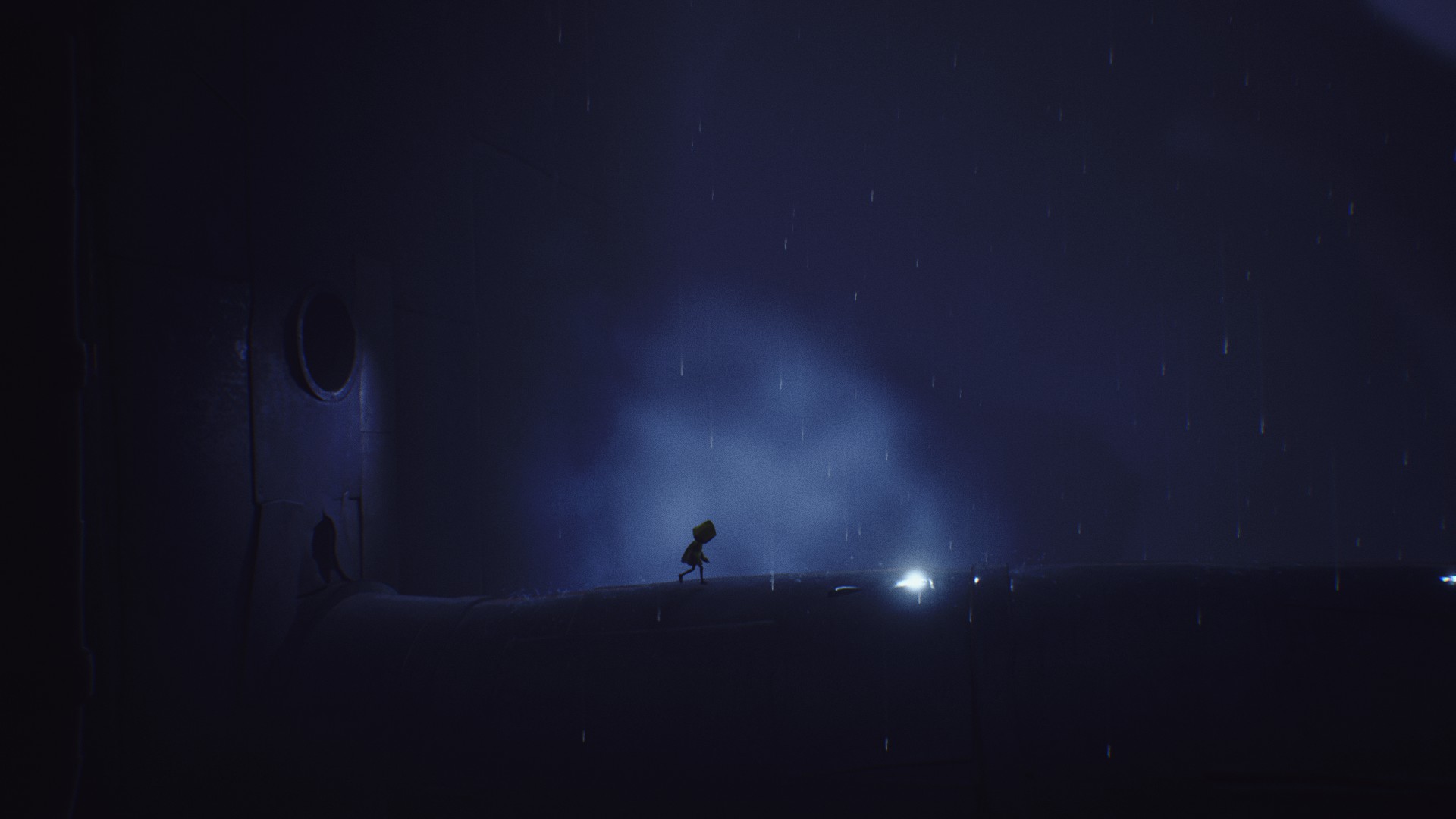 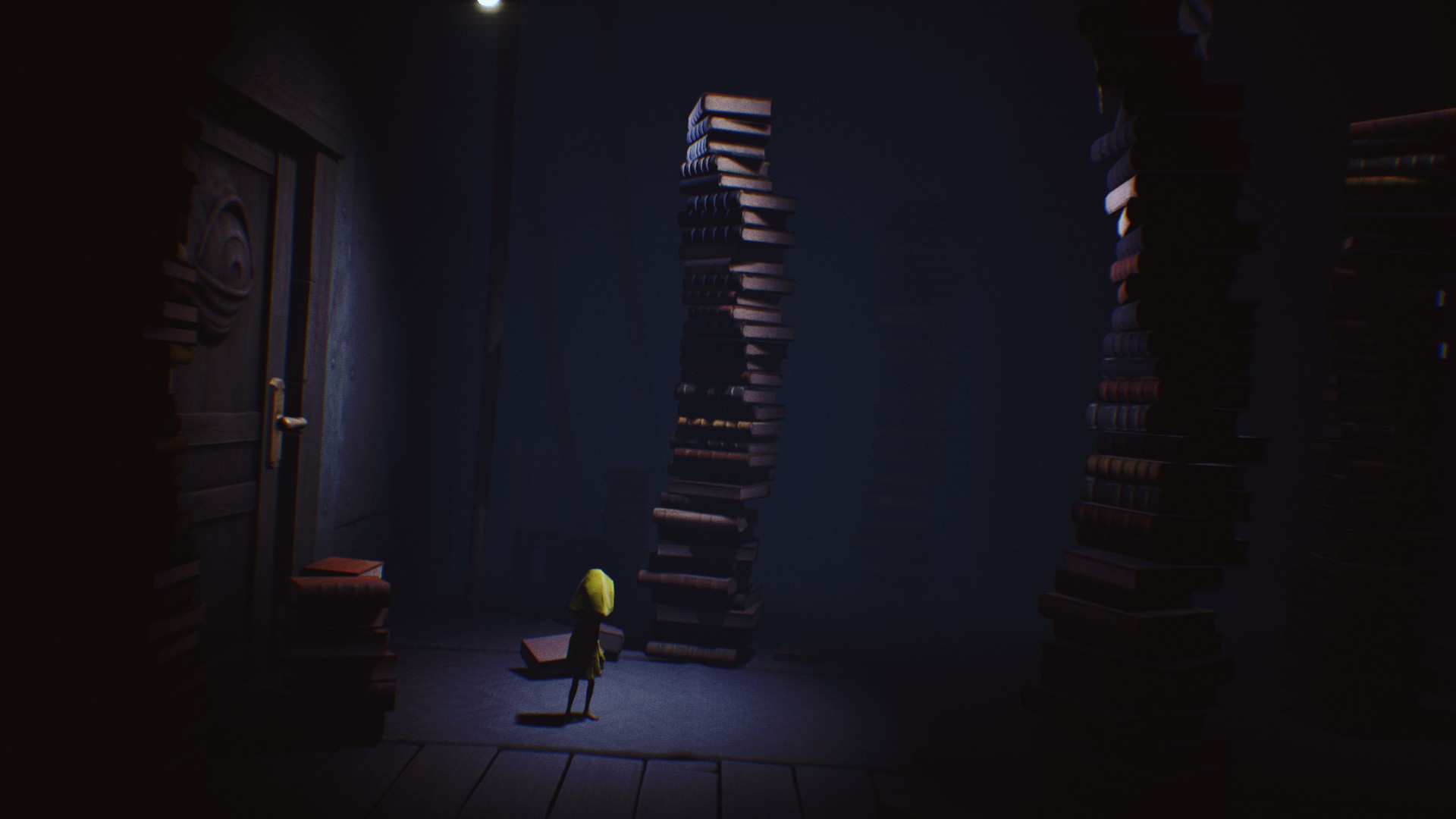 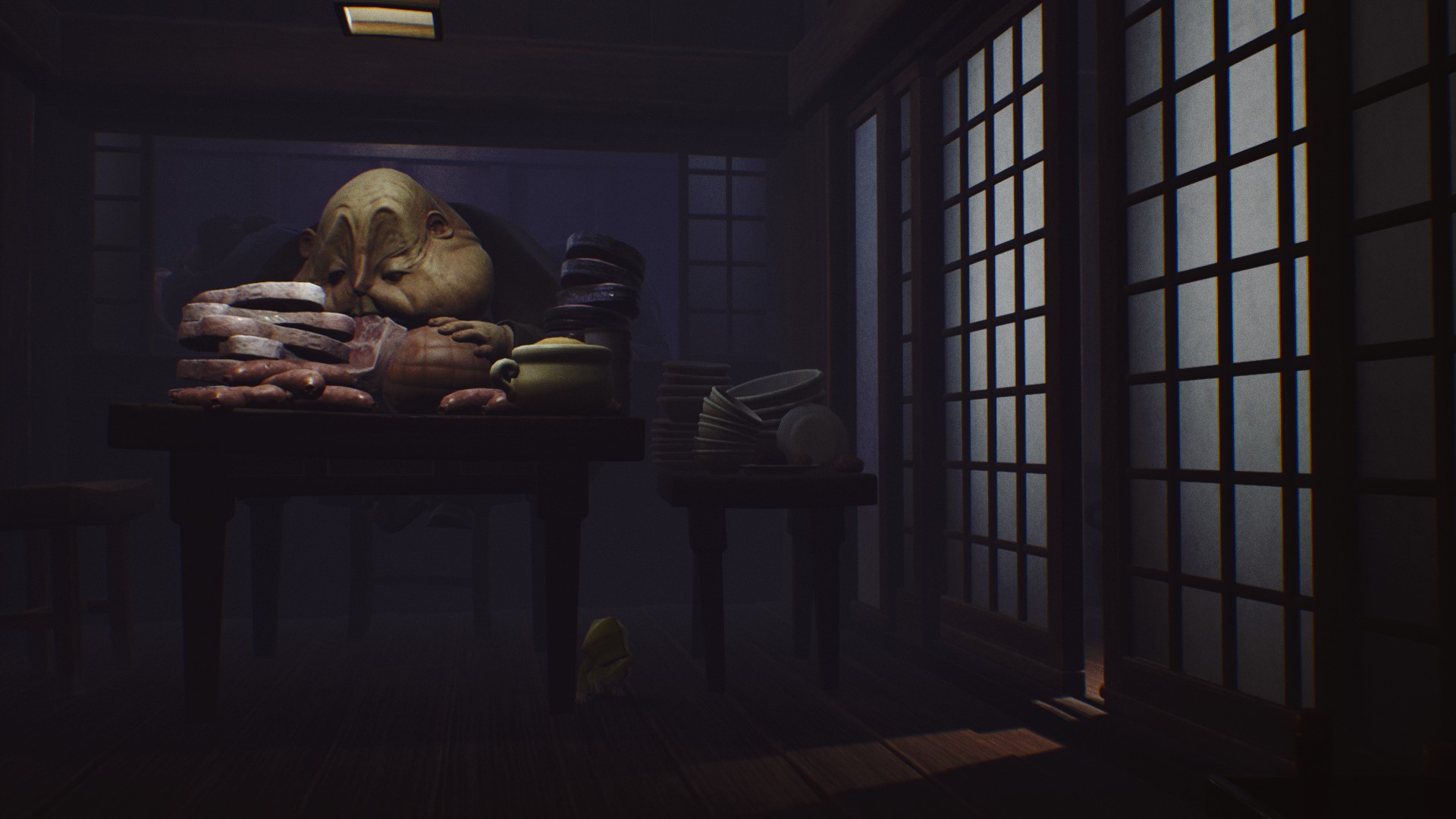 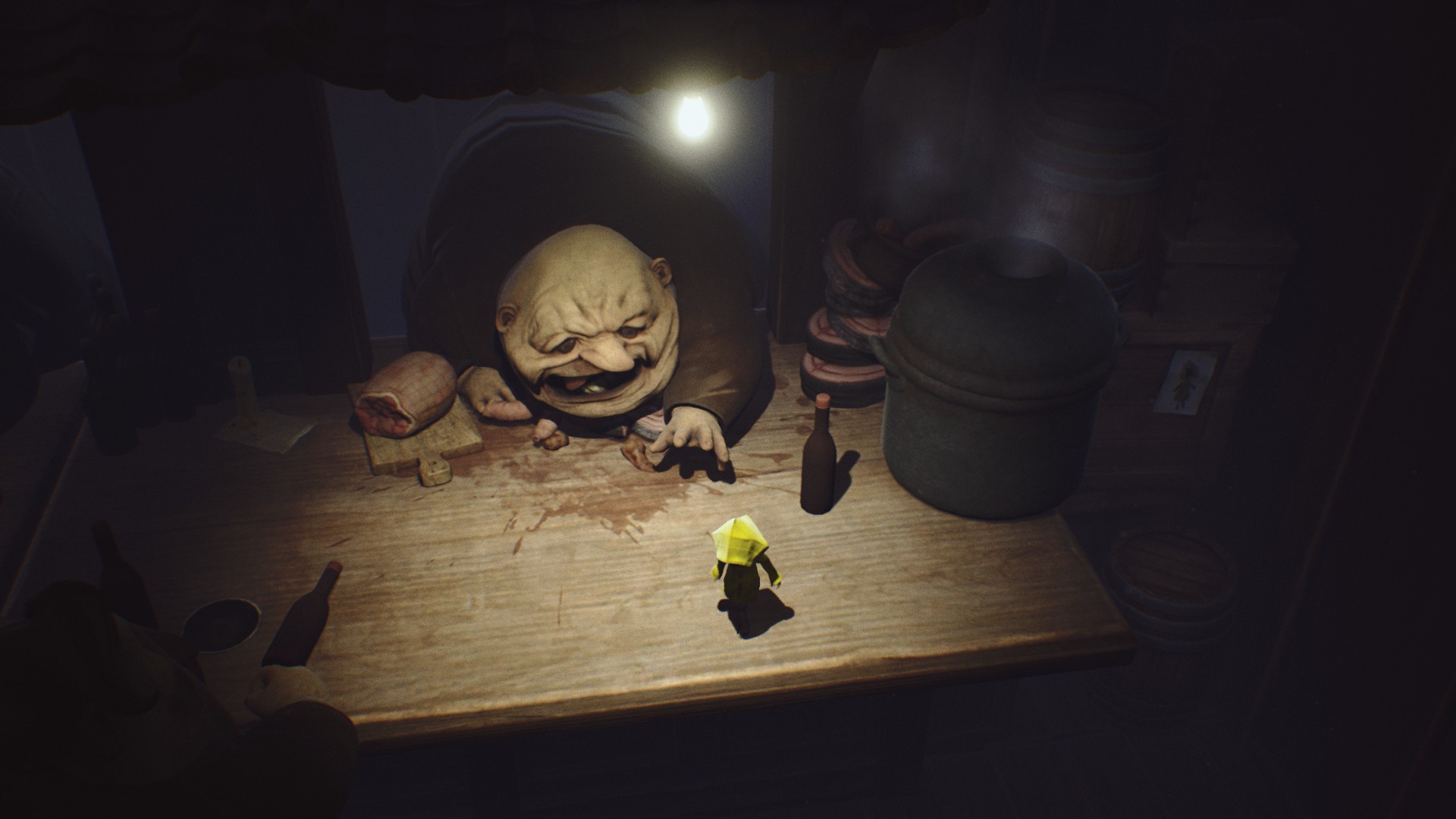 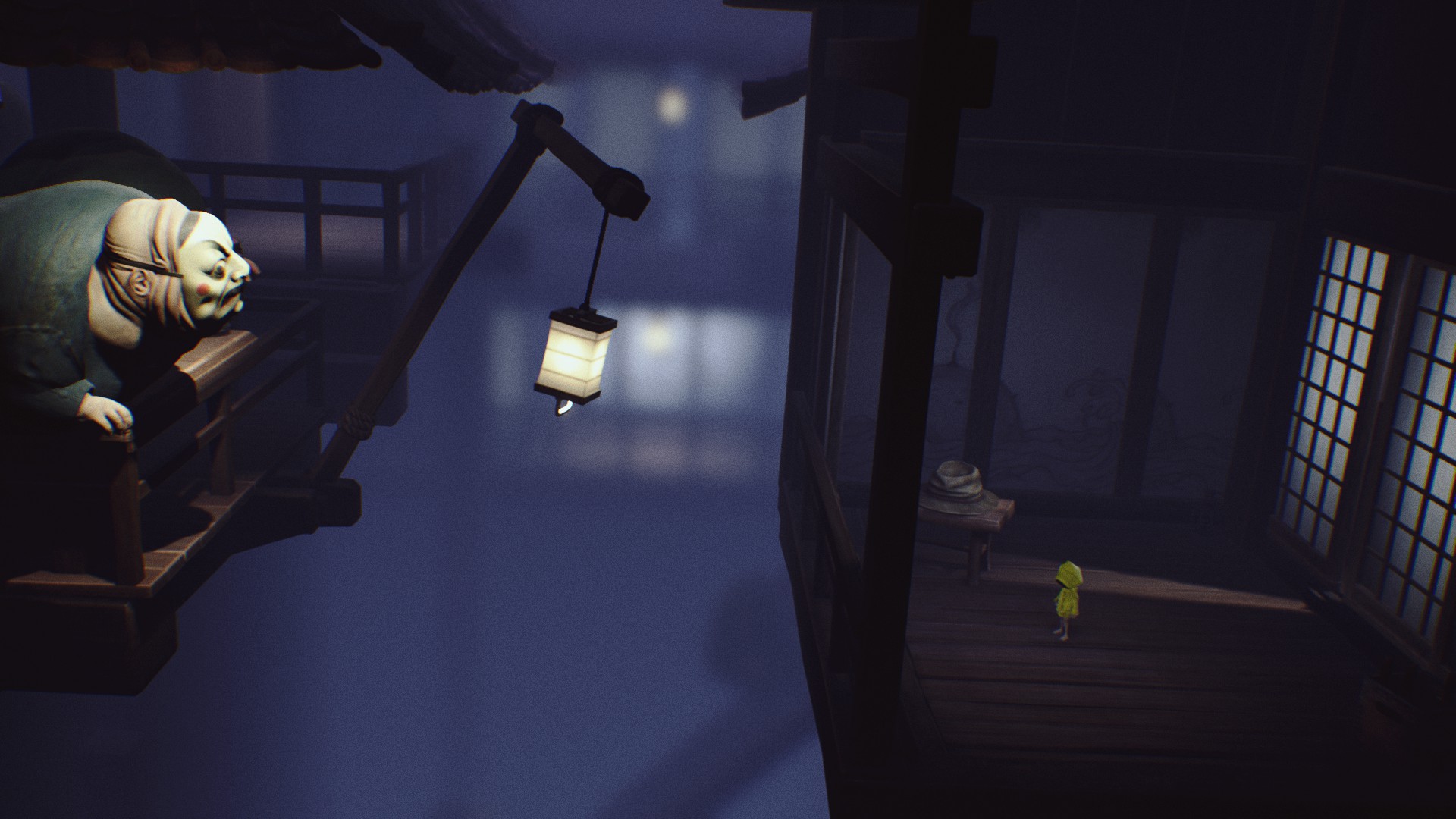 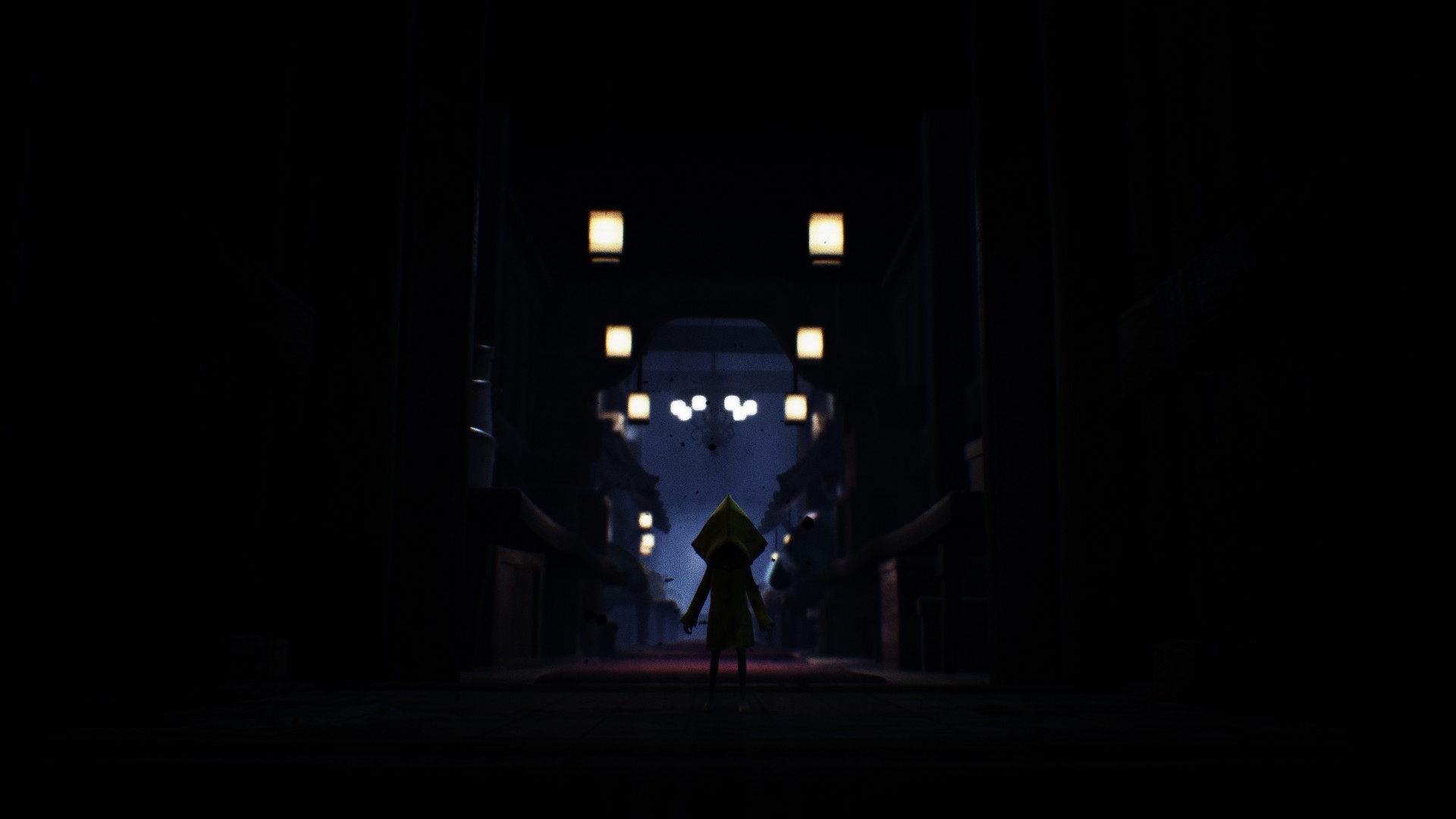 The sounds of the game accompanied the visuals perfectly. The monsters groaned, creaked or breathed deeply, adding a delicate layer of creepiness to their already densely creepy visuals. Ambient sounds would echo around you and music would pierce the silence, leaving you permanently on edge. It’s not the first piece of media to do it, but when the game used what can be best described as children’s nursery rhyme music gone dark, it really had an impact and set a tone. I mean, just listen to this…

The visuals and sounds really created a phenomenal atmosphere for the game. As stated previously, Little Nightmares made you feel uneasy, uncomfortable, insignificant, and powerless; for those reasons alone this game is worth experiencing. Having said that, the ways in which Little Nightmares prevails makes its shortcomings all the more apparent and all the more disappointing.

One thing that lets Little Nightmares down actually comes from how similar it is to one of my favourite games of 2016, INSIDE. Little Nightmares is so similar in so many ways that I would struggle to believe it didn’t take direct inspiration in one way or another. Both are side-scrolling platformers with a dark twist, both feature a defenceless child protagonist, both communicate their stories with no written or spoken dialogue, both have you fleeing from a hostile force, both have abstract stories with open endings up for interpretation, and some sections of Little Nightmares were so similar that they could function as a re-skinned INSIDE.

The issue with this comparison is that INSIDE just did things… better. Animation was smoother, puzzles had more depth and intelligence, and the controls / platforming were tighter and more responsive.

I think what really let Little Nightmares down for me was a lack of subtlety. INSIDE varied its gameplay and paced itself in such a way that any encounter was both tense and thrilling. Little Nightmares, on the other hand, started to attempt this, but ended up throwing subtlety to the wayside by forcing enemy encounter after enemy encounter. By the fourth ‘getting chased down a corridor scene’ it begins to lose impact. And much like a horror movie who shows its bad guy too early, Little Nightmares removed any fear it had conjured and turned running and hiding into a chore.

There was a moment in Little Nightmares that made its lack of subtlety and pace very apparent. Much like the water demon in Amnesia, Little Nightmares had a fleeting section of the game that presented a non-viewable creature in pursuit of you. By the time you reached this point in Amnesia, the game’s pace had built to a climax that made this moment incredibly tense and affecting. Little Nightmares, on the other hand, failed to instil any emotion in me whatsoever with what is structurally a very similar scene.

I think Little Nightmares understood what it did best and stuck with it a little too hard. If puzzles and platforming isn’t your strong suit it doesn’t mean you don’t include puzzling and platforming segments, it means you refine your systems. Because otherwise you are left with a one dimensional game that lacks in nuance and variability.