In the past, Sniper Ghost Warrior games have come under fire for how linear they can be, and how much hand-holding goes on throughout the games, guiding you through basic levels with enemies to eliminate from point A to point B. But CI games have ditched the linear formula for their next entry into the series, aptly named Sniper Ghost Warrior 3. In this iteration the developers have adopted a more open world style to the game.

Open worlds are of course nothing close to new and a lot of games do them amazingly, but Sniper Ghost Warrior 3 is not one of them. Is the world open? Yes. Does it feel that way? No. The reason it doesn’t feel like a true open world is because the game still holds your hand so much. In Sniper Ghost Warrior 3, you select your next mission in the safe house and then hop in your Jeep and drive to the mission area, where you take out the assigned target and anyone else that gets in your way.

Then you go back to the safe house and pick another mission, rinse and repeat. Set in separatist-controlled Georgia, just on the Russian boarder, the hilly maps feel unnatural to navigate any other way than by car so you’re pretty glued to the roads, as when you’re on foot you either can’t climb up some small rocks or slide down even the slightest slope.

Most of your time spent in the game is thankfully taken up by putting down enemies by any means necessary, with a heavily weighted emphasis on your sniping techniques. It is quite enjoyable finding a good vantage point that’s close enough to easily neutralise your enemies, yet far away enough to not get you spotted instantly.

The AI is pretty good at spotting you if you start picking off guards too close together or if they can hear your rifle because you’re too close. It sadly isn’t all that fulfilling landing your headshots, because it feels a bit too easy. The first two headshots I got were very satisfying as I noticed the headshot cam slowing down my bullet and showing my enemy dying via my armour piercing round, but then I noticed how bad it looks. There is no detail for the bullet wound; instead it just looks like a high school film project where someone has smashed a packet of tomato sauce on their head. And with at least a third of the bullet cams I watched before turning it off, my victims guns seemed to be invisible. 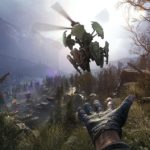 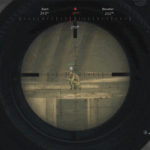 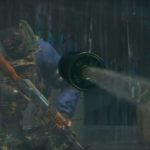 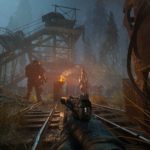 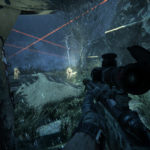 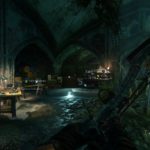 “What lined this game up in its sights and fired straight for the head was the loading times.”

Do know what you can do in 5 minutes? Make a cup of coffee, cook two and a half packets of two minute noodles or speed run Super Mario Bros (I looked it up). I understand that the game has a big open world, but so do a shelf full of other games and they all make do without these extremely painful loading times.

There are parts of this game I like a lot. The skill unlock system is good; it’s nothing new but it’s very easy to navigate and improve your play-style. The gun porn is great; there aren’t a whole heap of guns, but they do look nice. And I couldn’t get bored of killing two enemies with one bullet through both their skulls. Unfortunately, the flaws that this game has are very big and very annoying, making it feel like an absolute chore to play. After waiting 5 minutes for the initial load screen just to start the game, you’ve got the very annoying load screen music stuck in your head and you’re too busy going insane from that, to want to play the game.