Every now and then a beautiful gaming gem makes its way out of the dusty vaults and makes a much welcome return, It’s been 15 years since the release of the point and click game Syberia, a delightful game with steampunk elements, darkness and mystery that helped create a loyal cult following. The follow up, Syberia 2, was an equally entertaining adventure and took players on a more in-depth journey with Kate Walker, contributing further to her story. This brings us to Syberia 3, the third entry to the series, a whole 13 long years later. You could say fans of the series had been left out in the cold for some time here waiting for the games return.

While this is the third installment in the series it will likely end up being the first time most gamers get to meet Kate Walker. So the million dollar question is: Do I need to have played the previous Syberia games to understand the plot in Syberia 3? Well I’m happy to tell you, the simple answer is: no. Although it’s a sequel, it’s also the beginning of a whole new adventure for Kate and has its own beginning and end. There are references to the previous games in the plot, which will mean more to you if you’re a fan. For veterans of the series it’s a reunion with the Youkol, whom were present in Syberia 2. And, although Hans Voraberg (main character in the first two Syberia games) isn’t present, his spirit pervades the whole adventure and becomes a constant wink at his work with the automatons.

Jumping in, you pick up after the explosive events of Syberia 2, and the game opens to find Kate rescued from near death in the frozen wilderness by the Youkol. The Youkol are a nomadic tribe trying to find their way across Eastern Europe with their snow ostriches, destined to follow them as part of an ancestral migration. The whole scene is set by a stunning opening soundtrack which helps to set the tone of the rest of the adventure.

I have to take a moment here to talk about the brilliant soundtrack Syberia 3 has. It fits in perfectly, reflecting the whole spirit of the adventure. Composed by Israeli-American composer Inon Zur who also composed the music for Syberia 2 and is responsible for some of my all-time favourite gaming soundtracks such as; Dragon Age Origins, Dragon Age II, Prince of Persia, The Fallout Series and so many more. It’s a true joy to be able to travel the snowy scenery, oceans and villages of Syberia 3 with Inon’s stunning soundscape as your guide.

“While playing I found myself equal parts engaged and frustrated…”

Once you wake up and you find yourself no longer with the Youkol but in a hospital (which happens to be a psychiatric facility),this is where we get our first introduction to the new gameplay dynamic. Syberia 3 is a third person point and click adventure, with a style somewhat similar to that of a Telltale game. I feel it’s important to point out here again that the Syberia series itself is 15 years old and production for Syberia 3 started back in 2009. Long before Telltale Games hit the ground running with their hit The Walking Dead series. 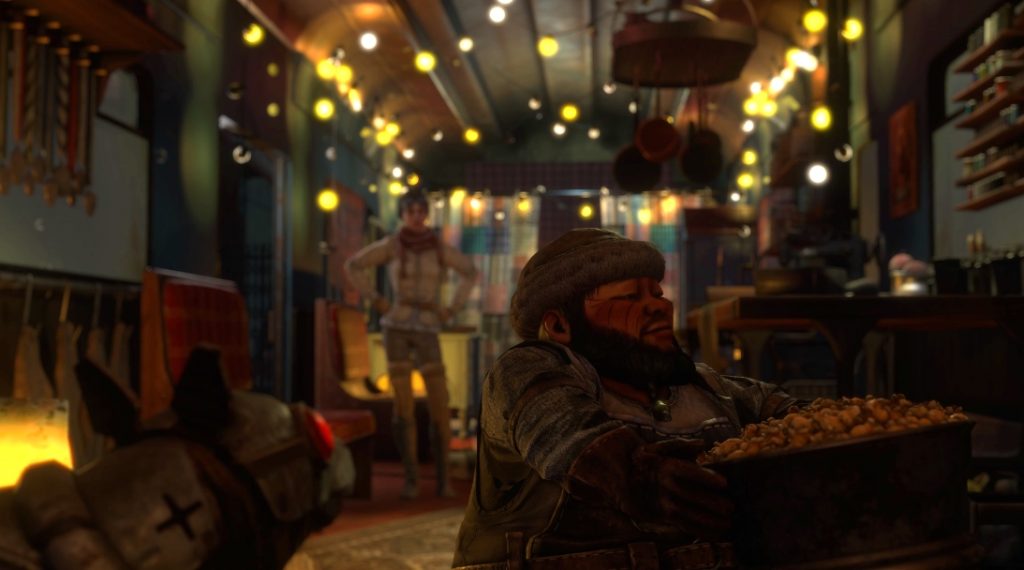 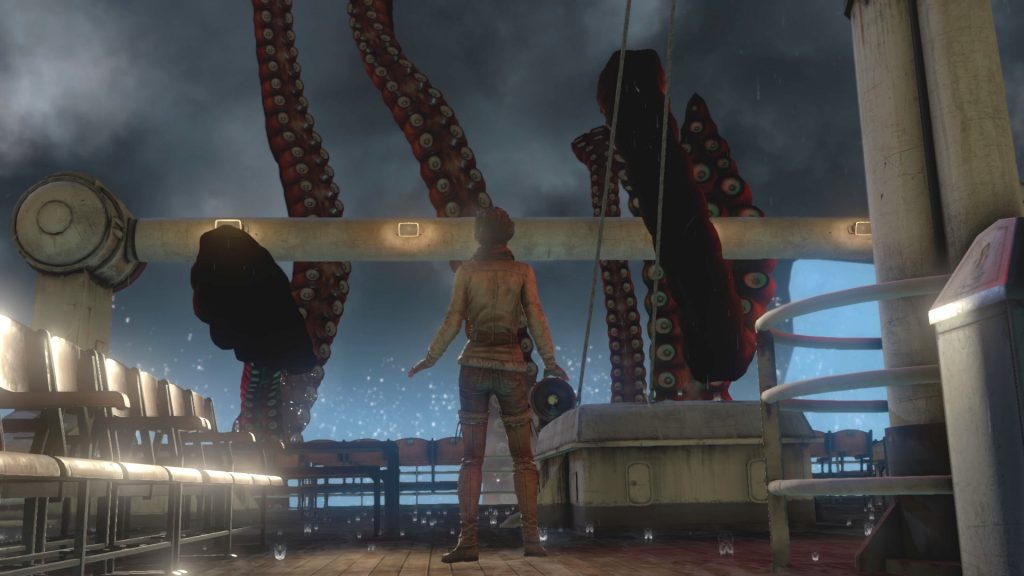 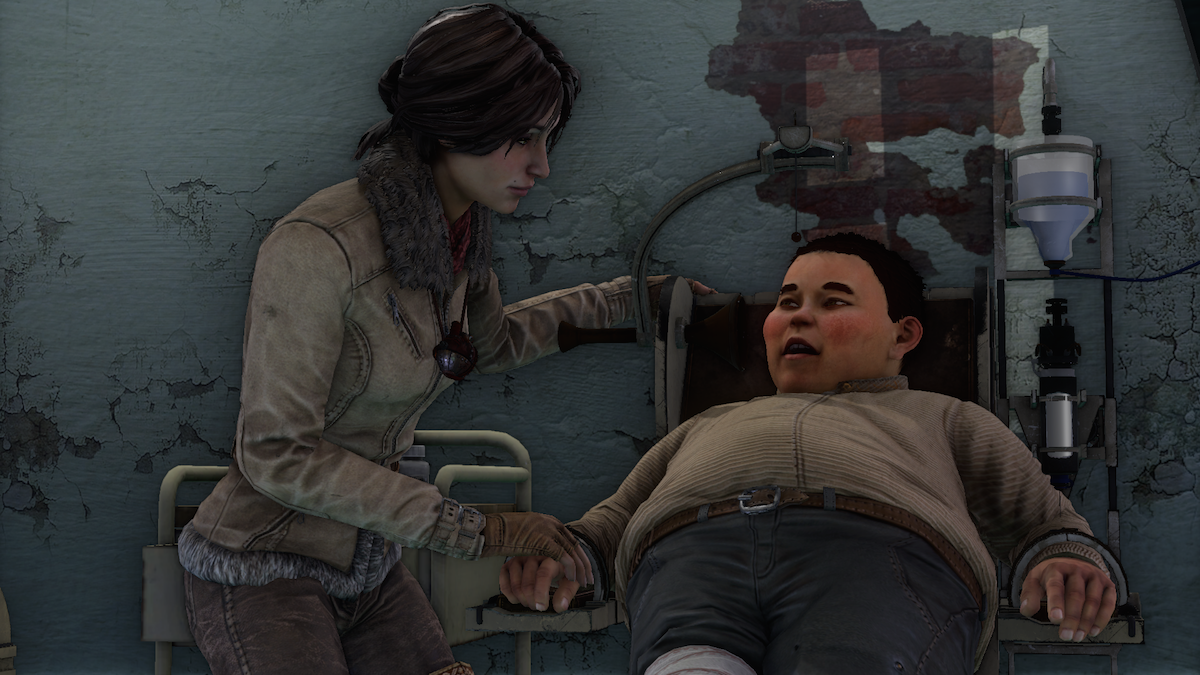 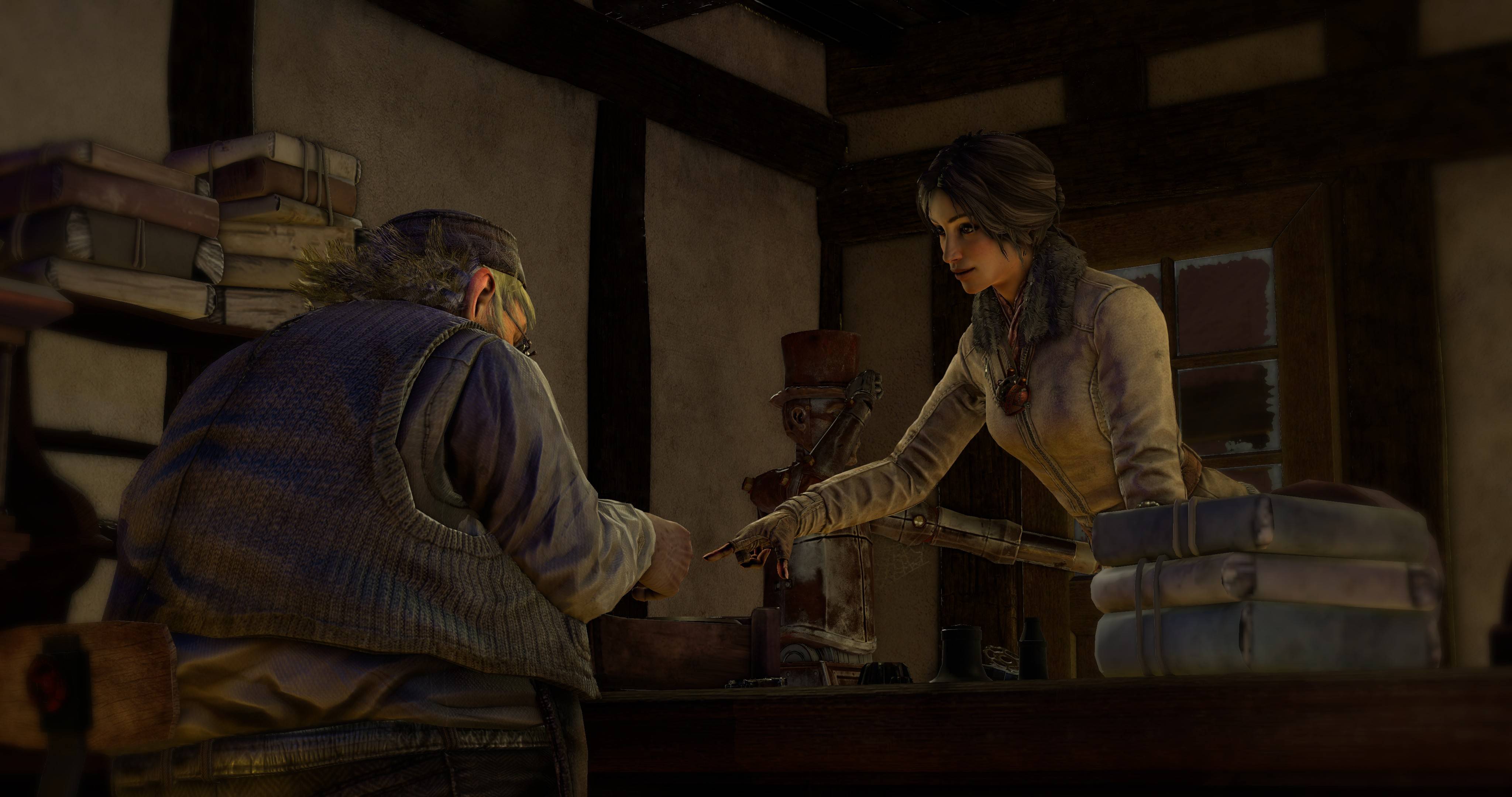 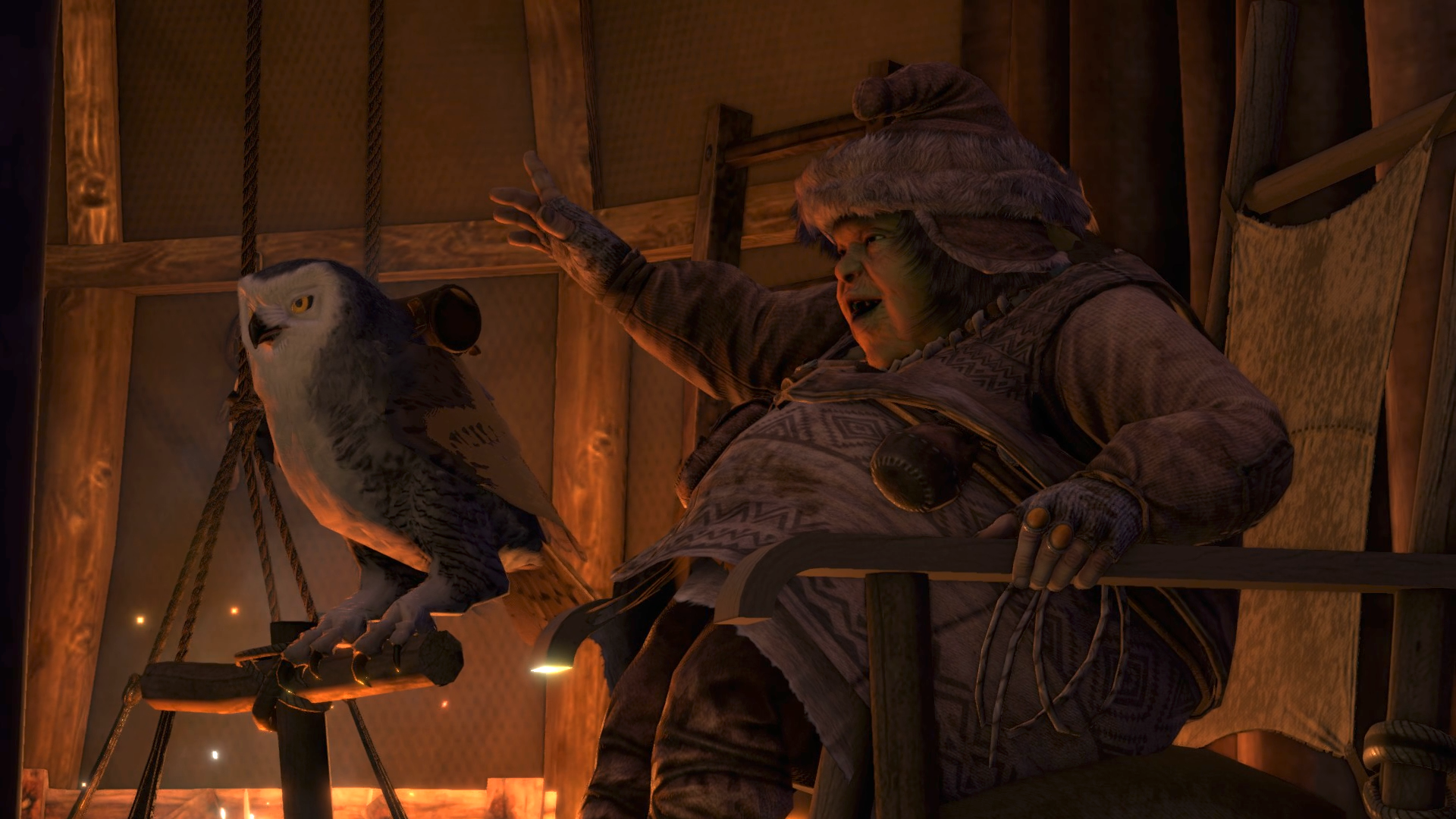 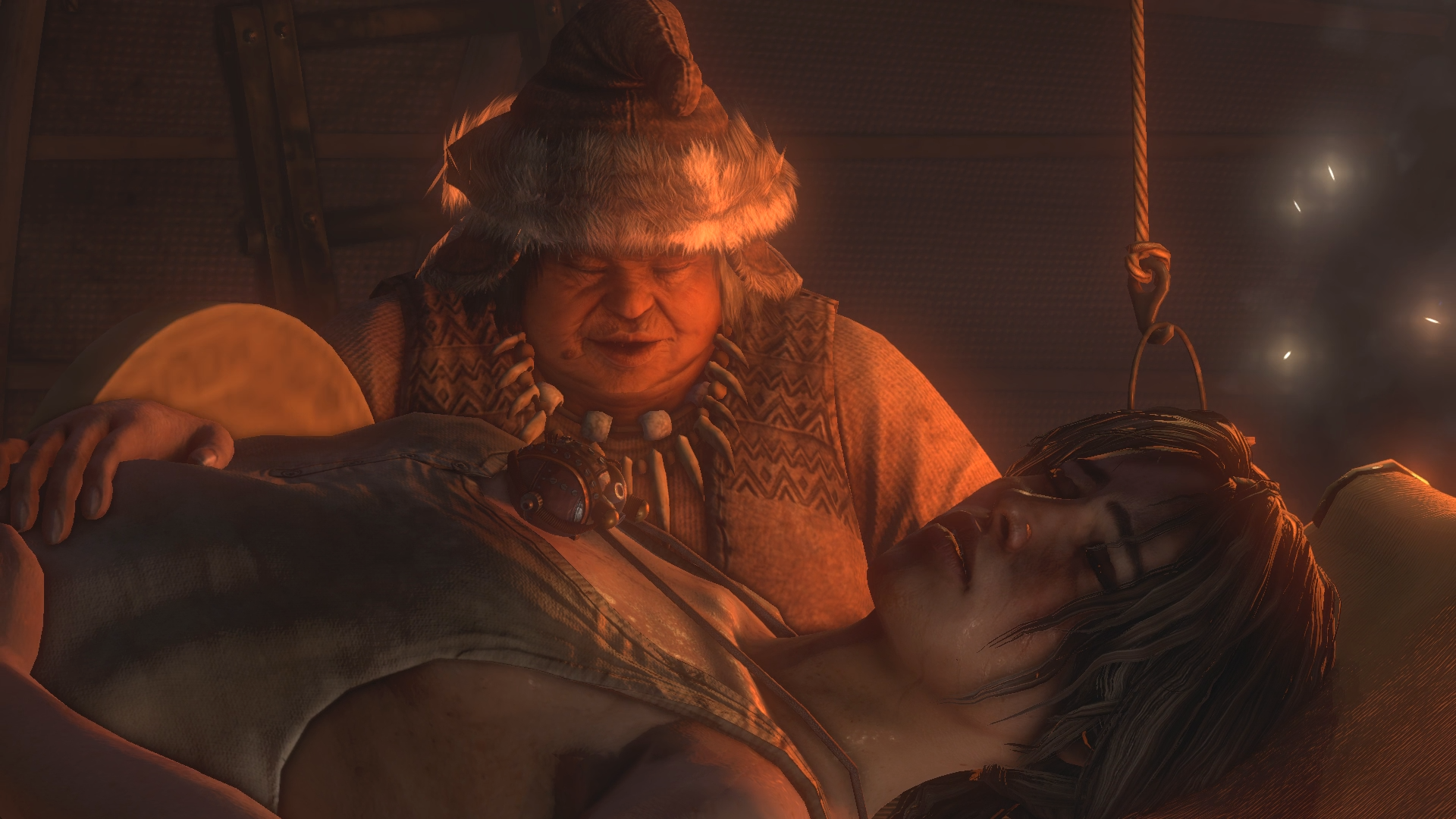 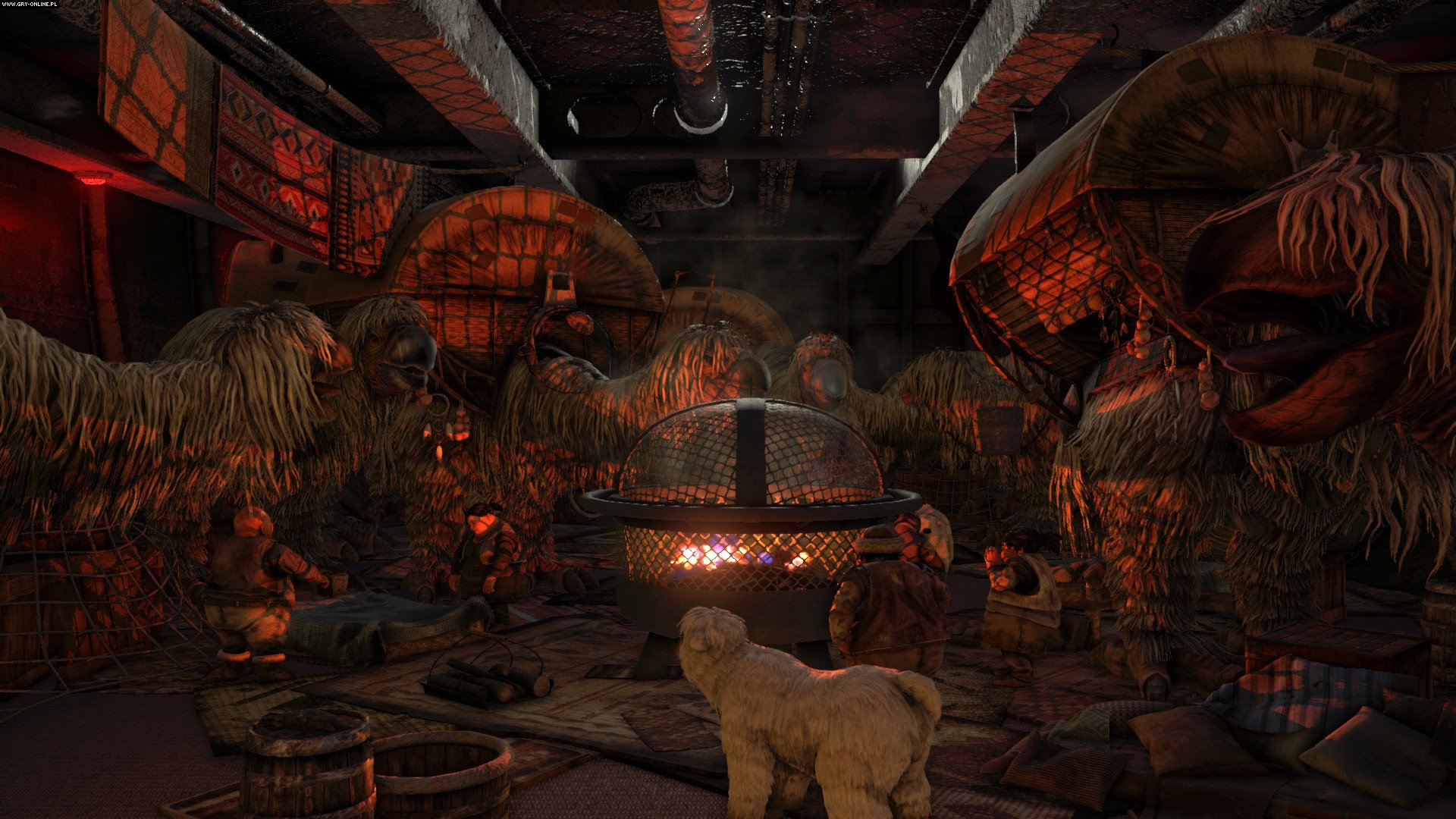 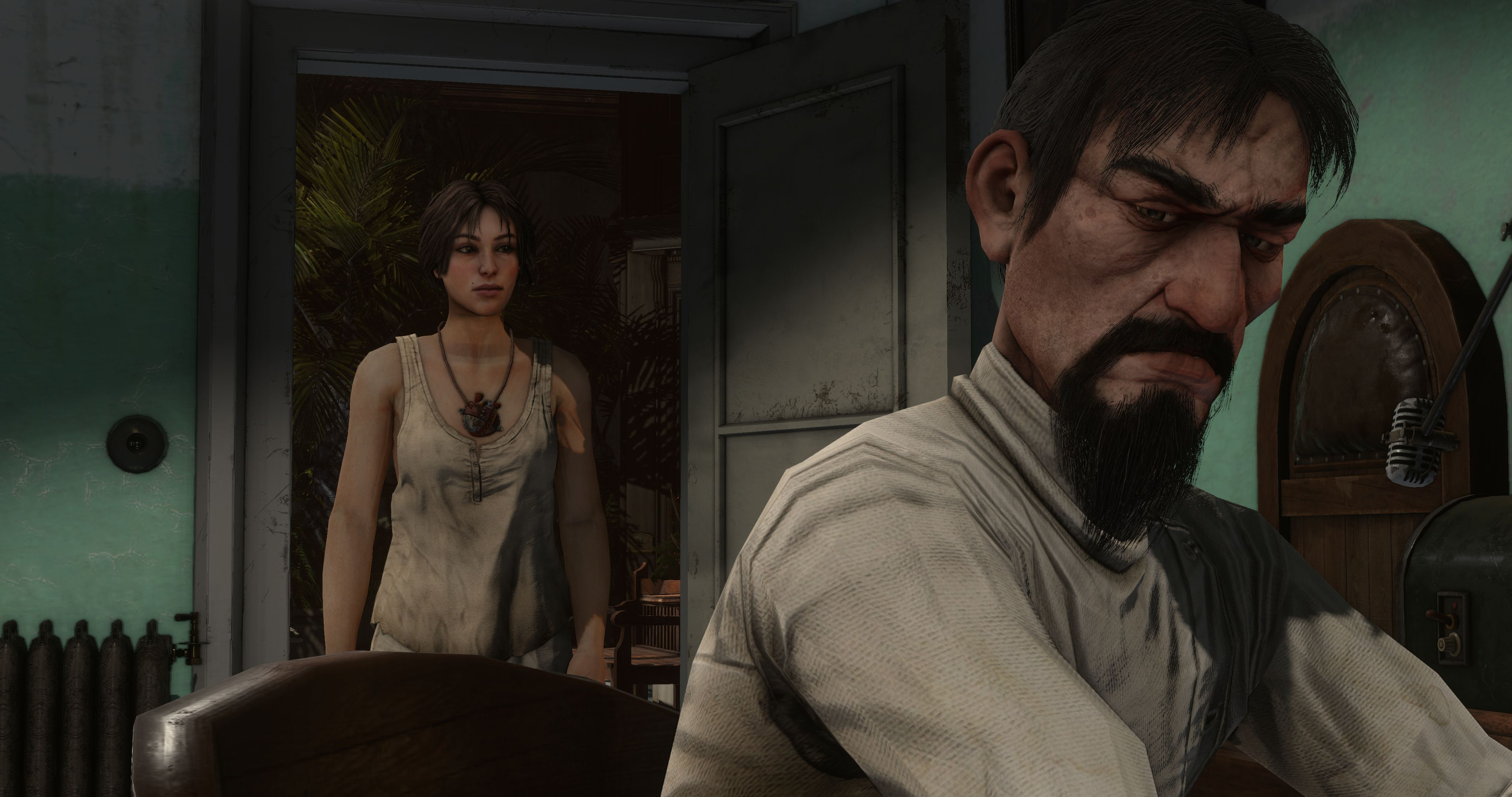 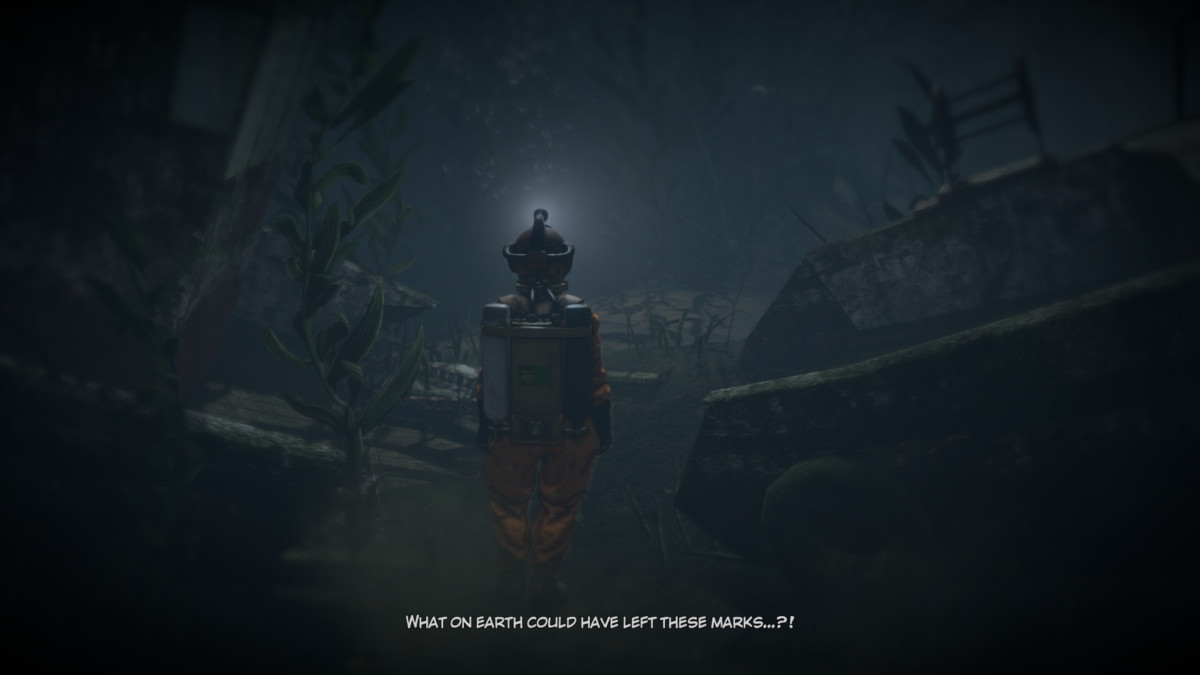 The mechanics of Syberia 3 are quite intuitive but not well-polished; simply move Kate with the left stick and interact with the surroundings using the face buttons on your controller (while I reviewed my copy on console, sadly I have heard that the traditional mouse and keyboard controls are now poorly supported, with the Steam version highly recommending the use of a gamepad). Syberia’s traditional point and click system that players of the series are familiar with has been replaced with a new version, presumably to adapt to the 3D rendered graphics which are also new to the series this time around.

As is normal in this genre, you find scenarios with characters and objects with which you have to interact, when you are near them a circle appears with the action you can perform. Some things in the environment require certain objects before you can use them, with all objects you collect stored in your inventory that can be accessed by pushing the correct button. It’s a bit of guess-work trying to figure out where the required object is; a sorting system here would not go astray.

The dialogue options are another of the new features in Syberia 3, offering conversations and decisions. The decision dialogue lines shouldn’t be taken lightly as it’s worth noting that the choices you make will affect your overall advancement in the story and the path you take on your adventure. Some answers may have you finding an alternative route to continue your exploration and as the game will autosave, there’s no way to load the game to an earlier point and change the outcome.

Syberia 3’s storyline beautifully showcases Benoît Sokal’s writing, so it’s a shame that it’s let down at times by the game itself. While playing I found myself equal parts engaged and frustrated at the many flaws apparent in this latest instalment. From failed lip-syncing which looks like a poorly dubbed movie to graphical glitches and frame-rate drops, Syberia 3 sadly feels more like a game that is 13 months in the making rather than 13 years. The saving grace for all these frustrations is in the games puzzles. They’re just as intriguing as in the prequels; not too convoluted but still make you think. Starting off simple and becoming more complex as the game progresses, I found myself delightfully impressed with myself when I solved some of them in what I deemed to be a timely fashion.

The Syberia saga was born as a 2D classic, but has the game successfully ventured into 3D? In my mind, no. But the game is still a brilliant continuation of Kate Walker and worth the journey with a story that is rich in detail. Benoît Sokal wants to make the player reflect on aspects found in the plot including racism, friendship, immigration, feminism and nature, and these are all found within this stunning story and are all presented to the player with an unmistakable steampunk style in a reminiscent soviet landscape.