A Lovecraftian novella transformed into the video game medium, Conarium tells an intriguing story in a gloomy and mysterious setting that will leave you with unanswered questions, curiosity, and an overall feeling of dread. Although for every way Conarium succeeds, it also finds ways to stumble.

Many horror games have listed H.P. Lovecraft as an influence for their creation. Conarium takes that influence one step further by using one of Lovecraft’s novellas, At the Mountains of Madness, and telling a story set after the events of the novel. As someone who hasn’t read the aforementioned novella, I can’t speak to how similar the game is to the story, nor do I know how well it holds up in comparison.

What I can say is that Conarium really did feel Lovecraftian in some very good ways. The unanswered questions, the mystery, the curious morbidity, even the game’s short length all fit the theme. It was also very clear that the developers respected the story Lovecraft originally created. There was a layer of depth I didn’t expect and fantastic lore hidden throughout the game, if you were willing to search for it. 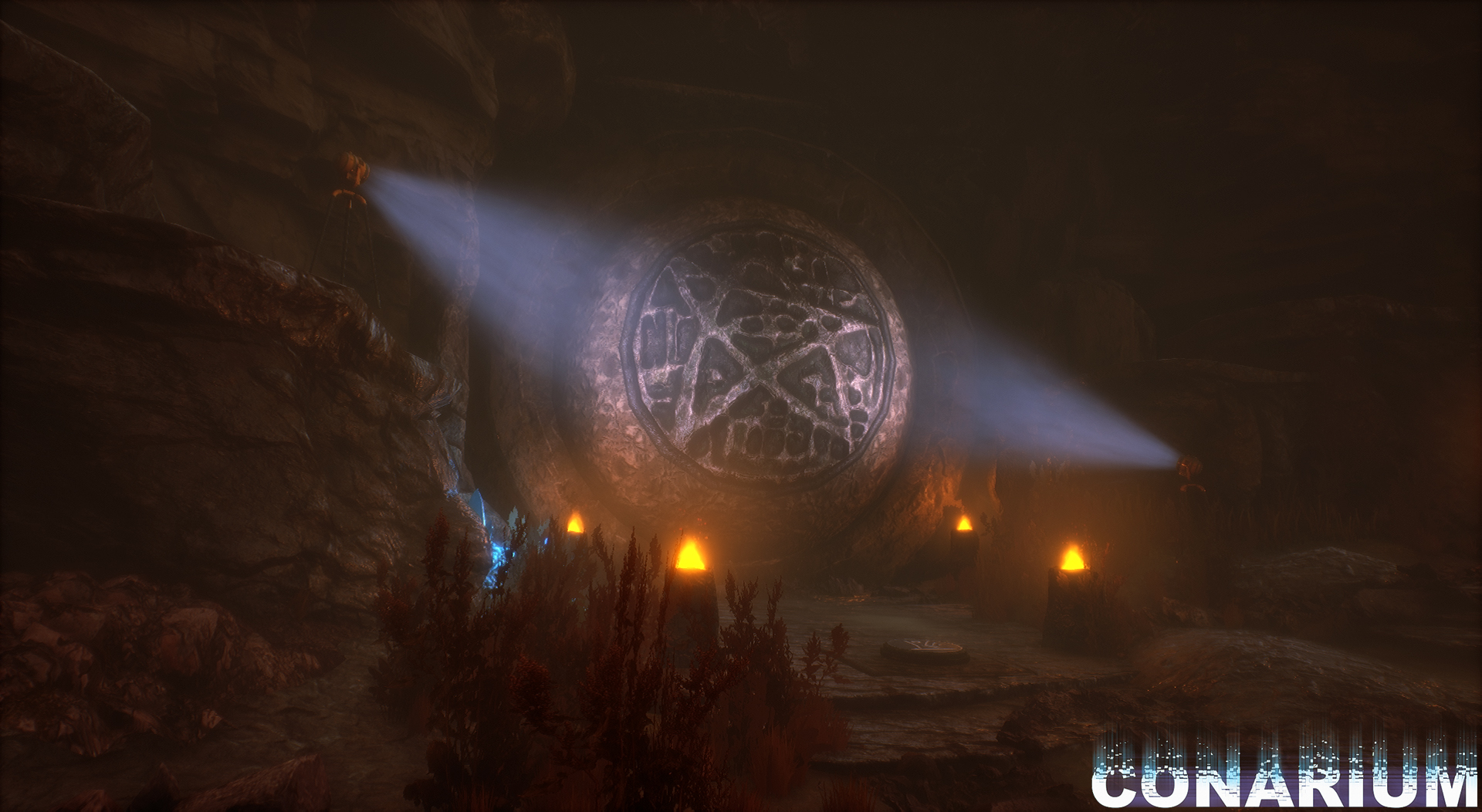 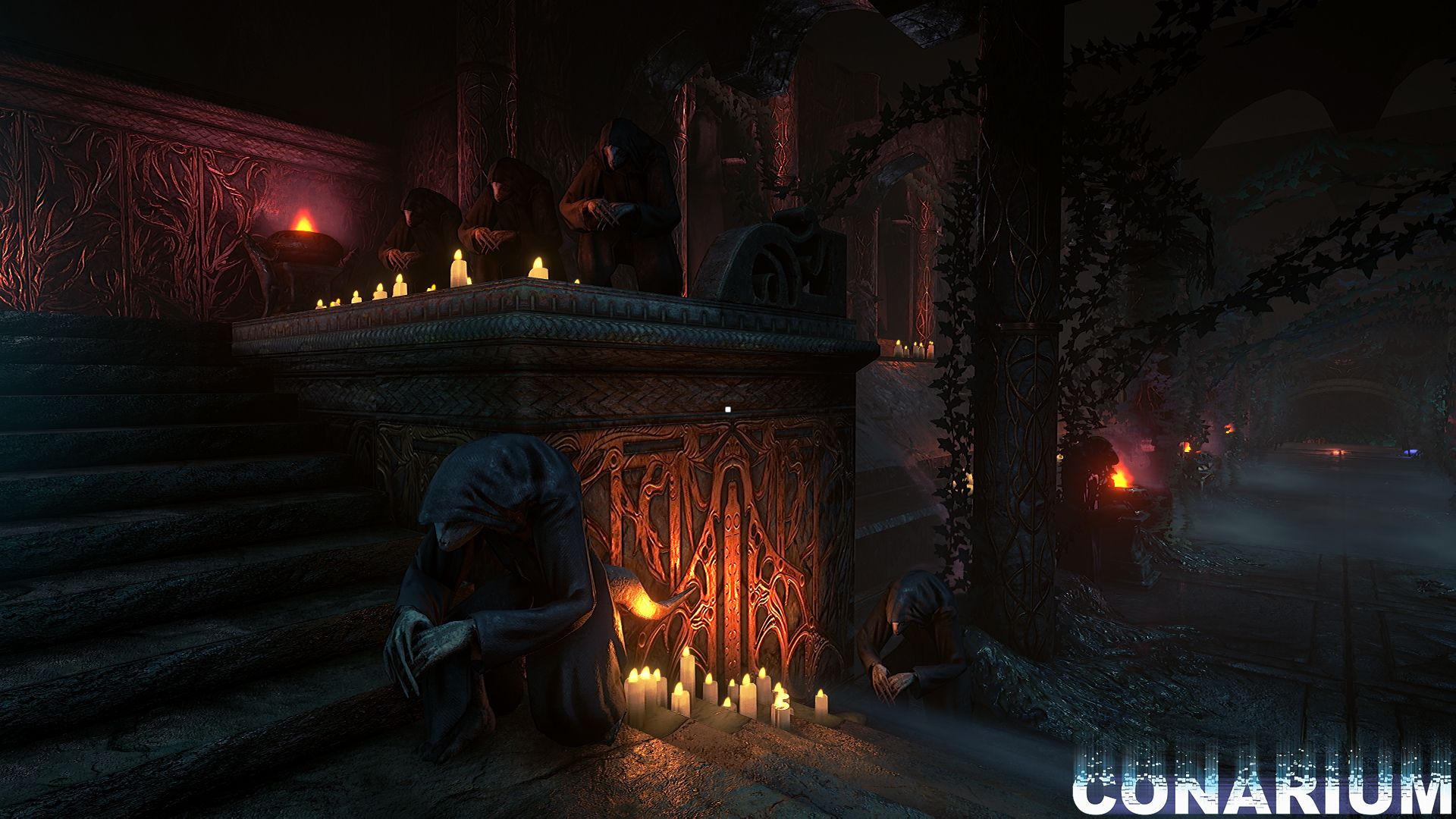 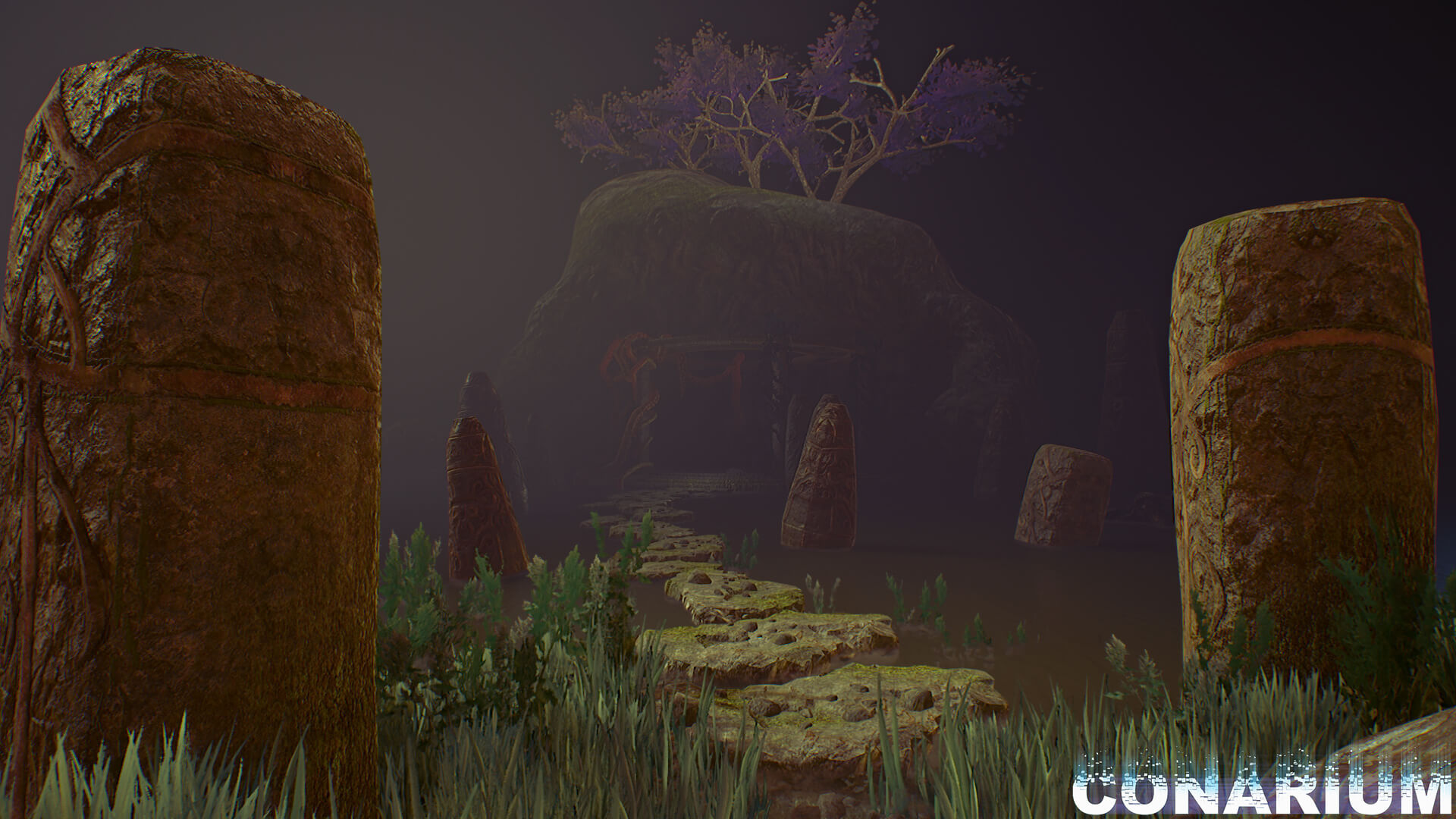 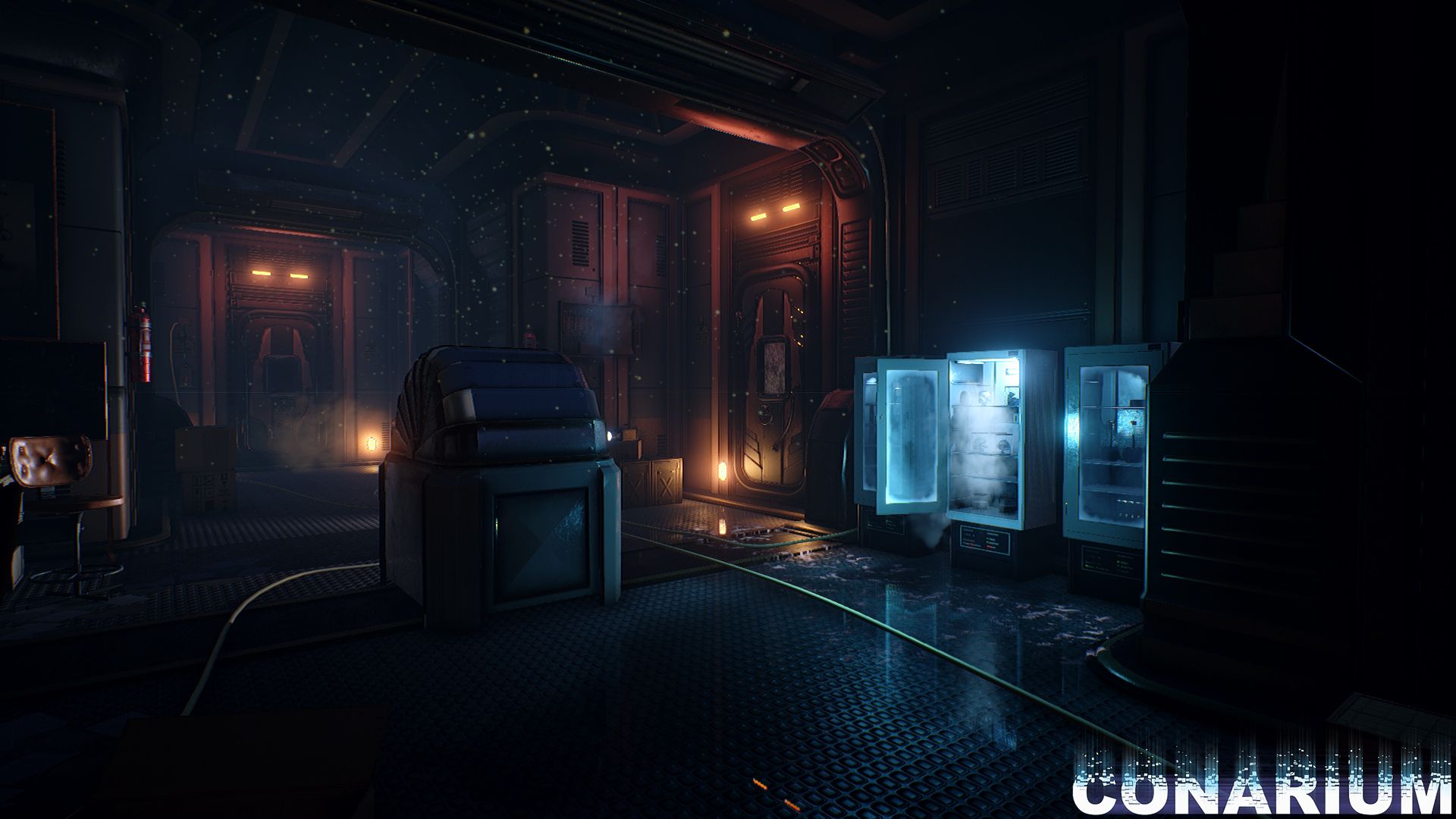 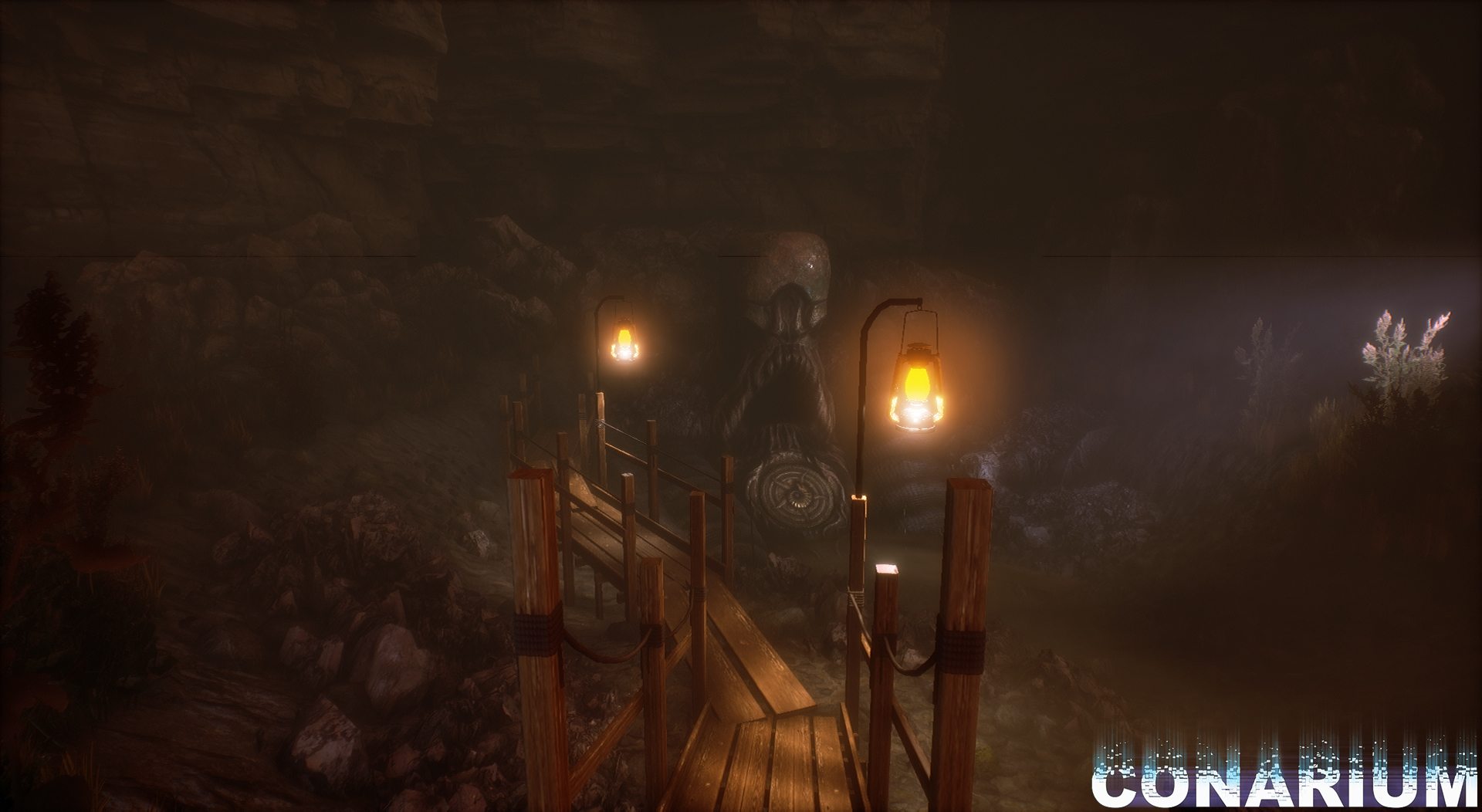 Let’s expand on the game’s story for a bit, because for me it was one of the more contentious aspects of the experience. The premise of the game is that a group of scientists create a device that they believe can be used to push the boundaries of what was thought to be the limits of human cognition. You play as Frank Gilman, one of the scientists behind the experimentation. After waking on an abandoned Antarctic base with no memory of what happened, you begin to realise that you had used the device, died, and then come back to life. As visions begin haunting you it becomes a fairly safe bet that the device did in fact work, and has opened up your consciousness to a whole range of otherworldly sights and sounds, seemingly to your detriment. The narrative and lore expands from here in some pretty significant ways and if the story was told in another format I’d say it succeeded greatly.

“This is why the system they chose felt so frustrating, because not only is it unengaging, but it is structurally worse than systems that have been used in gaming for over a decade.”

The problem with Conarium is that it chose a video game format to tell that story, and in my opinion the methods it used were incredibly non-captivating. Hiding interesting details within books and reports is okay for additional details, but not your entire backstory. Any other plot points in the game were revealed in sections where movement slowed down to a crawl and a voice-over would begin to play. Very middling voice acting aside, I can’t help but feel this as an incredibly dull way to tell your story.

Slowing the game down to a crawl forces you to halt your gameplay, much like a cutscene, but unlike a cutscene it doesn’t provide any visuals to accompany the narration. In that sense, the story-telling functioned more like an audio log, except in audio logs the game still allows you to interact with the environment unhindered and continue progressing. This is why the system they chose felt so frustrating, because not only is it unengaging, but it is structurally worse than systems that have been used in gaming for over a decade.

Having said that, the game also managed some environmental storytelling that was pretty fantastic. In fact, the world design overall was top notch and the lingering creepiness the game managed to create, particularly in later sections, was on point.

I went into Conarium expecting a horror game but I think I was slightly misguided. Conarium isn’t a particularity scary game but nor is it trying to be. It would prefer to create dread via mystery and lore than jump scares. It would prefer to create a dark and gloomy atmosphere than a scary one, and in that regard it succeeds. The question does become though, if Conarium isn’t a horror game, what is it? Well I guess it is a bit of a mixture between horror, puzzle and walking sim. The issue with this is that it doesn’t really excel in any of these areas.

While horror games succeed in making the player uneasy, uncomfortable and scared, Conarium at best made you feel a certain kind of morbid curiosity. Puzzle games are at their best when they can challenge you and surprise you with their creativity, but Conarium’s puzzles were often too simple, uninventive, or challenging for the complete wrong reasons. Walking Sims engage with their environments and storytelling, but as previously mentioned, despite Conarium’s great story, visuals and environmental design, the specific way in which it told its story wasn’t engaging.

Conarium feels like a game for a very specific player. The kind of player who can sift through books, listen patiently through audio sequences, and engross themselves in the game’s story and lore. For those of us who need more encouragement via good storytelling, Conarium isn’t the best bet.