It’s hard to pinpoint exactly what makes a JRPG good or bad, and I’ve played a tonne of JRPGs in my life before God Wars: Future Past. I usually find myself asking the same questions when looking back on games like this. Does the story make sense or is it a pile of overwritten garbage? Is the gameplay solid and flowing or more akin to document sorting? It’s these questions and more that have lead me to  say for a fact that God Wars: Future Past is a truly solid tactical JRPG at its core, with the exterior, unfortunately,  being a bunch of pointless fluff.

The game takes place in the mythical land of Mizuho, which is composed the nations of Fuji, Izumo, and Hyuga, where humans and Gods lived among each other, and at some point things got hairy and the Gods were angered. In an effort to appease the Gods and prevent further destruction of the world, the Queen of the Fuji Nation, Tsukuyomi, sacrificed her beloved second daughter Sakuya to the fiery depths of Mount Fuji.

“The story carried on for far too long to the point where close to the start of the game, I fell asleep during an overly long exposition dump.”

You play as the third daughter of the aforementioned queen Kaguya, along with childhood friend Kintaro, who brings along Kuma, a bear that he can telepathically communicate with. Together, the three of you set out on an adventure, meeting interesting characters with the end goal to… well I don’t exactly know.

That is just about all I could get from the plot, because the story is frankly quite horrid and hard to follow. It makes little to no sense, and carries on for far too long to the point where close to the start of the game, I fell asleep during an overly long exposition dump.

I just stopped paying attention to the story after a while. The destination wasn’t really important; the journey is where most of the fun is to be had.

The combat mechanics of God Wars: Future Past are really smooth and it feels really good to play. The combat is a combination of your favourite  isometric turn-based RPG gameplay. This is combined with the game’s character progression and customization system, which makes for an enjoyable experience.

The one lingering issue with the gameplay is the job system. Most JRPGs have some form of a job system; think of jobs as classes you can switch in and out of with ease. However, there is no immediate benefit to picking other jobs, as the skills and abilities you have learned are immediately taken away from you when you switch.

Basically, all the abilities and skills you have unlocked and mastered get removed for new ones, which may leave you severely under-prepared for a big battle. I understand the reasoning for this, as in games like Bravely Deafult and Final Fantasy III you can end up super overpowered by stacking class abilities. In God Wars however, you are left feeling super vulnerable in the next battle after changing jobs, especially when you get to the later stages of the game where the difficulty ramps up, and you are about as strong as a wet cloth.

Though in saying this, there are a lot of significant advantages of every class, so they all do feel unique and effective, with no clear combination being super broken and unbalanced  unlike other JRPGs *cough* Final Fantasy III *cough*. 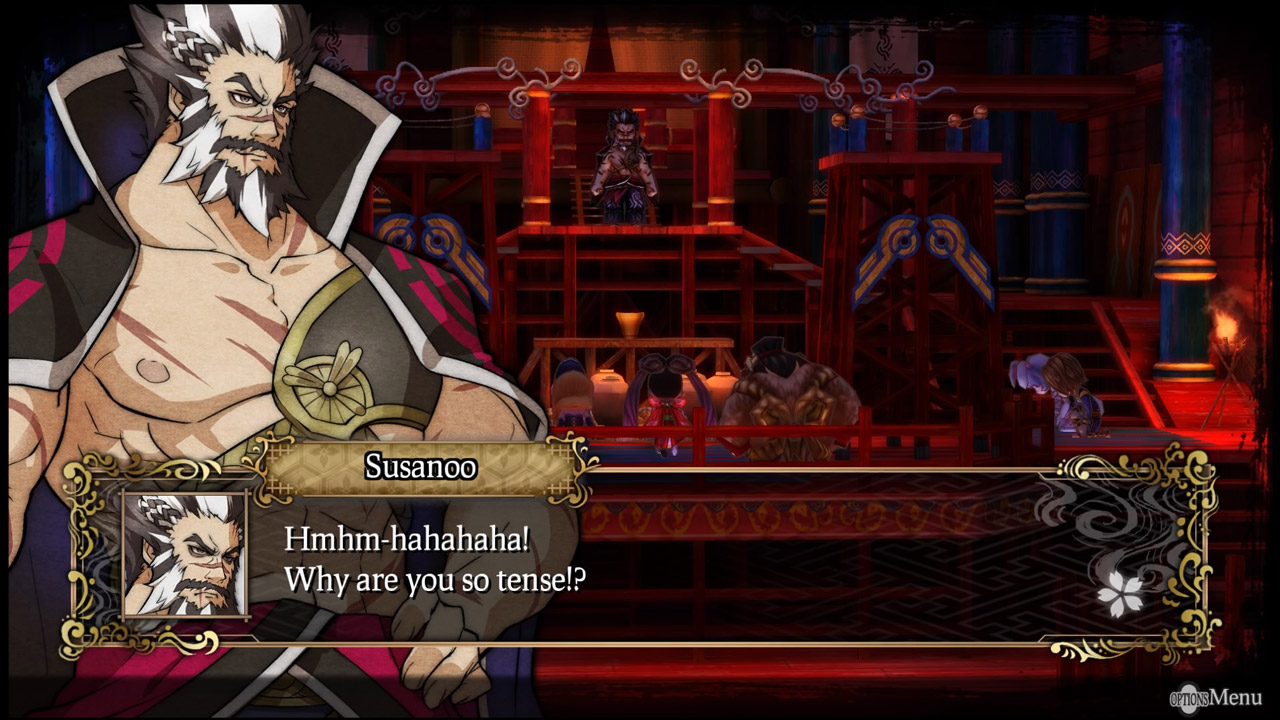 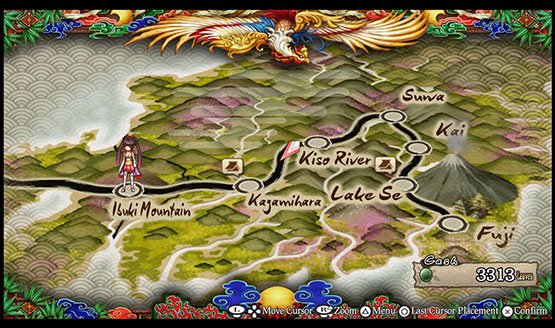 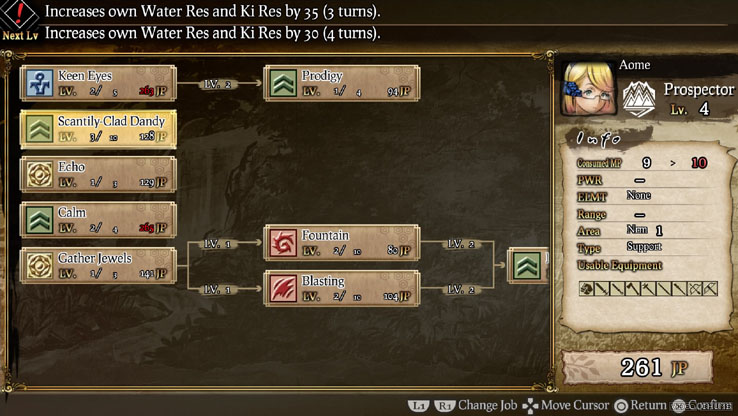 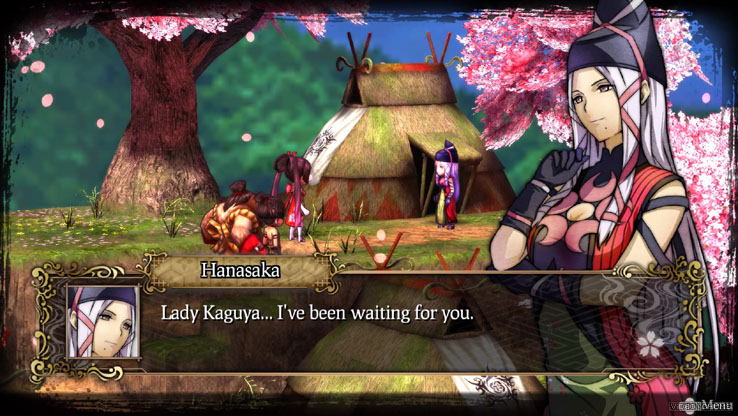 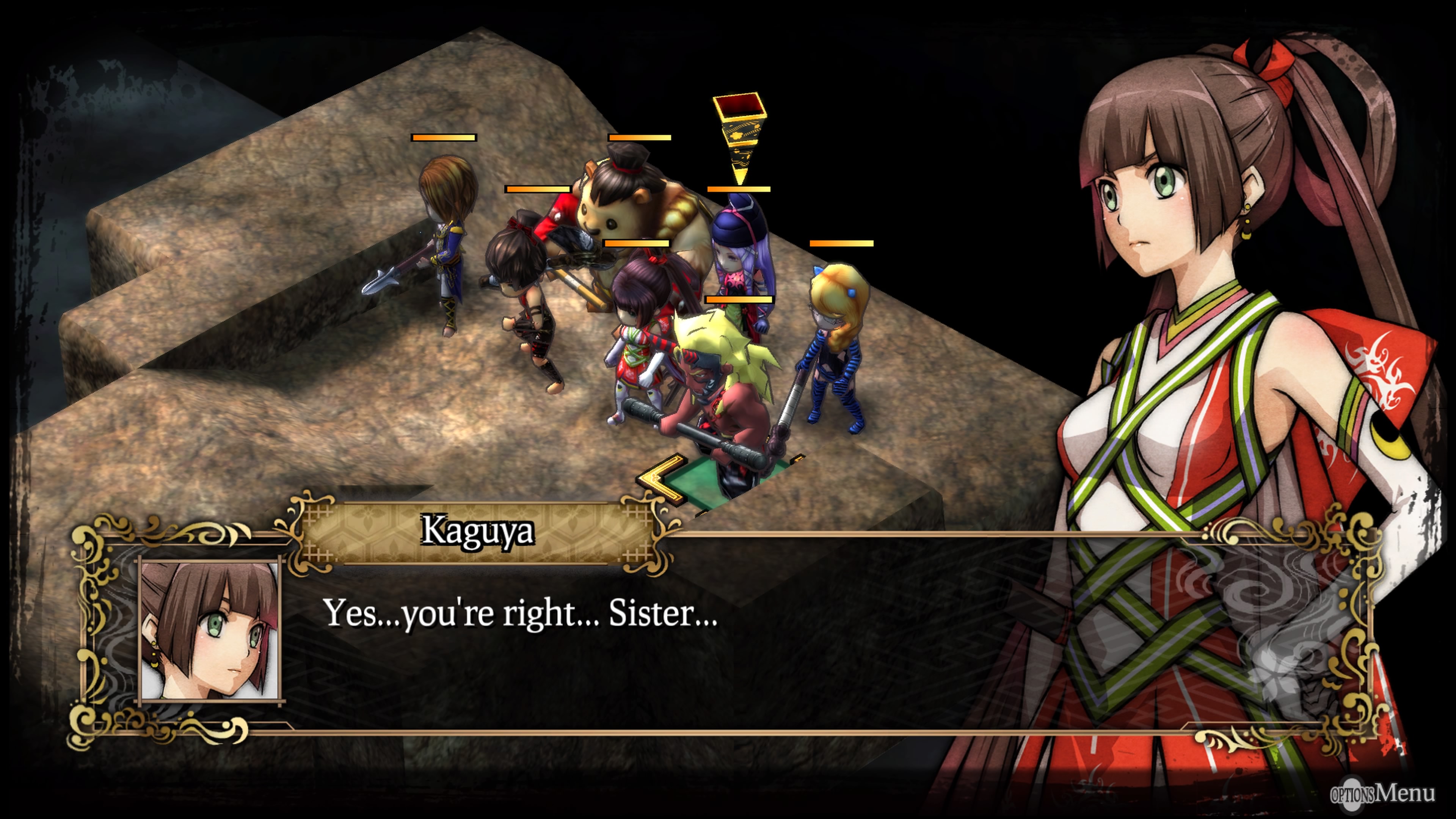 Aside from the job system blunder, the rest of the tactical gameplay goodness shines through as you progress through each linear mission on your journey. Each battle starts with your party and the enemy being transported to a small cube like dimension, and its up to you to figure out how to dispose of the bad guys.

Sure, you could just charge right up and start wailing on them, or you could come up with an infinite amount of more tactical options. You could flank around and take the high ground, offering additional damage, or you could draw attention to the tank and have buffs cast on your other party members for an explosion of damage. The choice is entirely up to you.

The visual design of the game is quite refreshing. The toned down 3D battle models are nice enough to not make gameplay look and feel dodgy, albeit slightly clunky on the smaller maps.  The animations flow smoothly in battle, with each character standing out in battle, allowing you to move around and plan you attacks with ease.

The 2D visuals , seen in the dialogue and cutscene sequences are beautiful and add a layer of depth to the game, and seem to be inspired by traditional Japanese ink paintings, which makes the overall aesthetic of the game a whole lot more appealing. The cutscenes also have a rather effective use of onomatopoeia, which makes them all the more enjoyable.

Overall, the visuals make the game stand out among all the other JRPGs out there, with some very unique ideas present.

There’s enough good about God Wars: Future Past to let it walk away with a recommendation. Sure the story isn’t too great, but if you can overlook that and strap yourself in for some fun battles, then you’ll have a great time. The battle system is enjoyable, nothing groundbreaking, but still works really well. Nothing beats the feeling of holding off from attacking in one round and only cast buffs, only to rush the enemy and completely decimate the opposition in a single round.

God Wars: Future Past is an exemplary entry into the JRPG genre, and whilst it may not be the best starting point for a newcomer, fans of the series and genre will get immense enjoyment out of this game.