Aporia: Beyond The Valley Review

Aporia: Beyond The Valley is a tranquil stroll through an ambiguous yet beautiful world.  It’s a journey where the destination isn’t known and the mysterious story unraveling around you is abstract and up for personal interpretation.

A big trend in indie gaming for the last few years has been the uprising and domination of the “Walking Simulator” genre. A genre whose name begun as somewhat of an insult, but whose reputation was undoubtedly restored by outstanding games like The Stanley Parable, Firewatch and more recently What Remains of Edith Finch. Aporia is a brand new addition to this stable and it takes on many of the aspects the genre is both known and loved for: A beautiful world and a story that unfolds as you progress through it. With mild puzzling and a lot of exploration, Aporia managed to leave an impression, but may not have done quite enough to allow it to stand out from the crowd.

The walking simulator genre is an interesting one. Absolutely ripe with contention, the genre has had to push itself harder and harder with each new release to prove it has merit. Many gamers may shun the games that identify as such and class them under a category of “barely being a game”. But to me I think those people are doing themselves a disservice. Other games have proven that the genre allows for incredibly captivating and memorable experiences. The question then becomes, what did Aporia: Beyond The Valley do (if anything) to allow it to stand out in what should theoretically be a genre on the brink of plateauing? 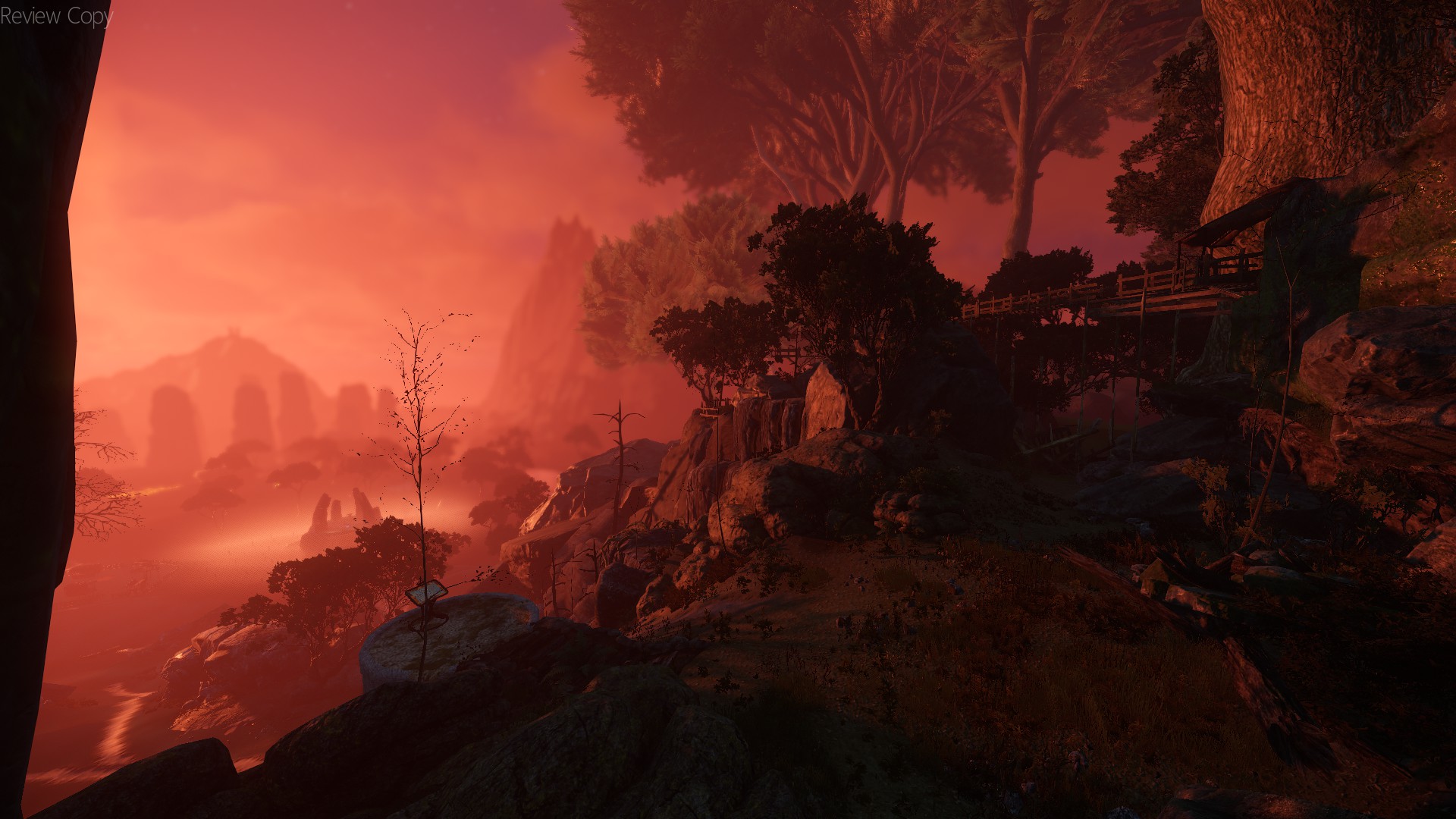 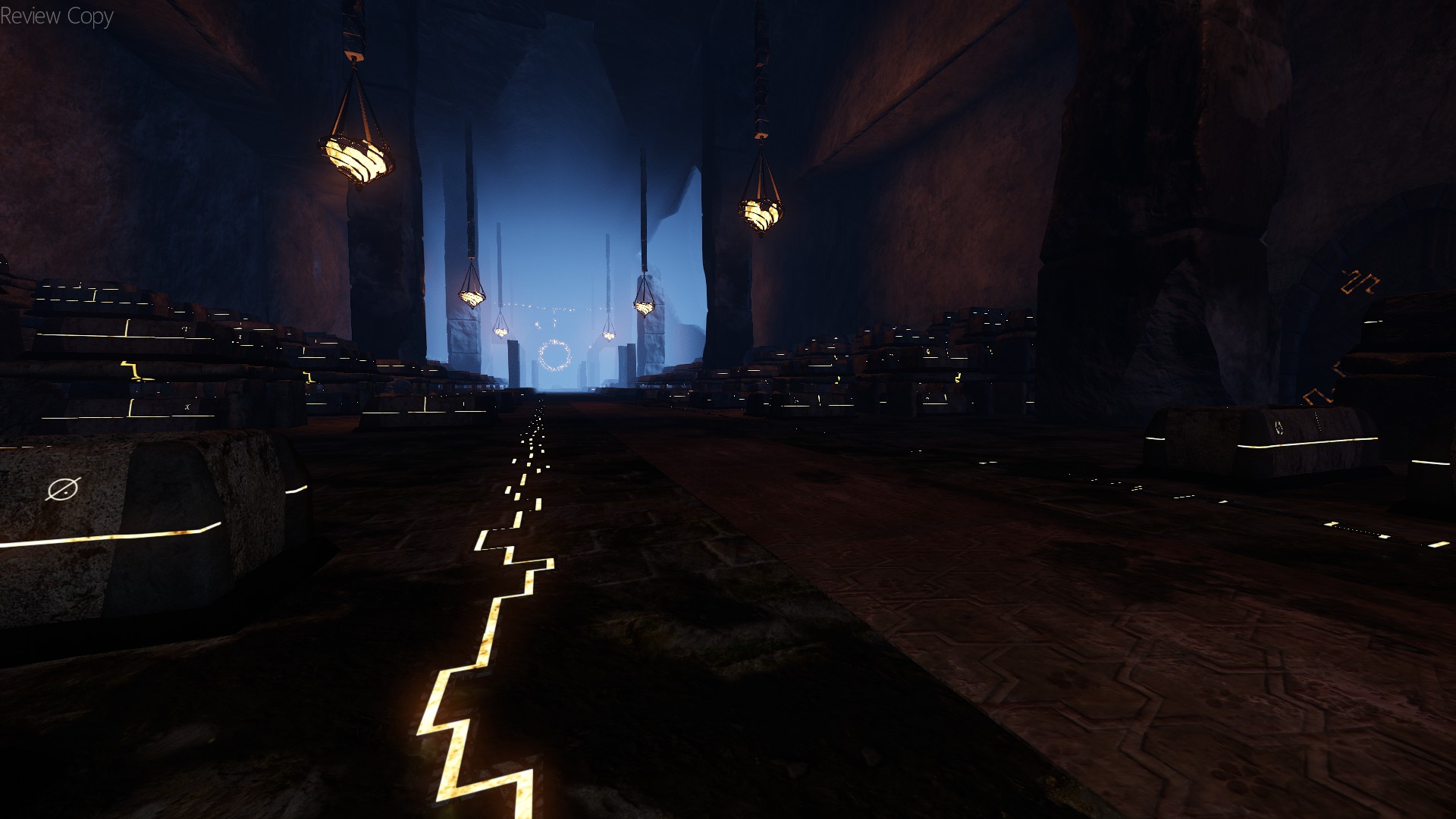 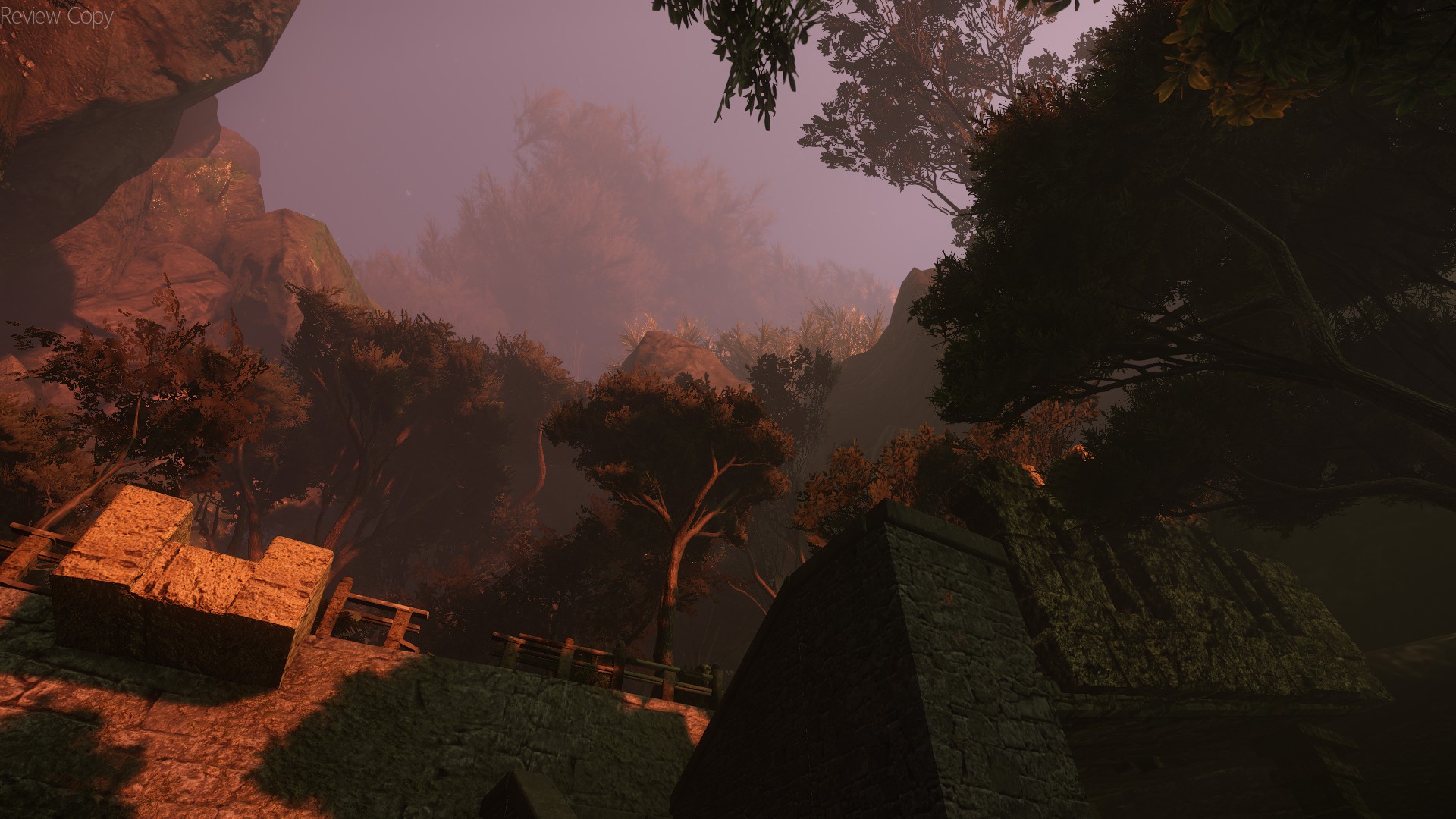 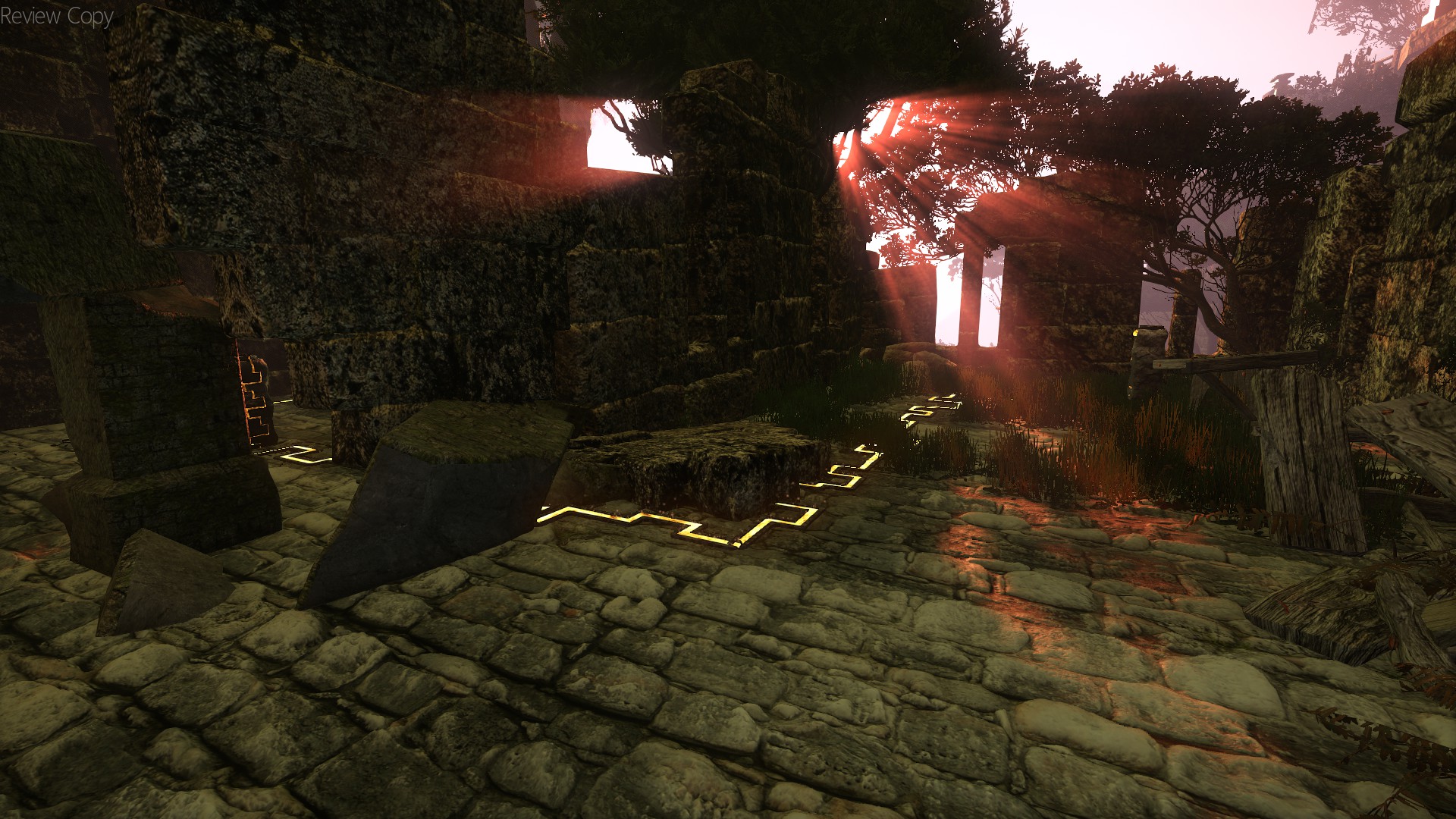 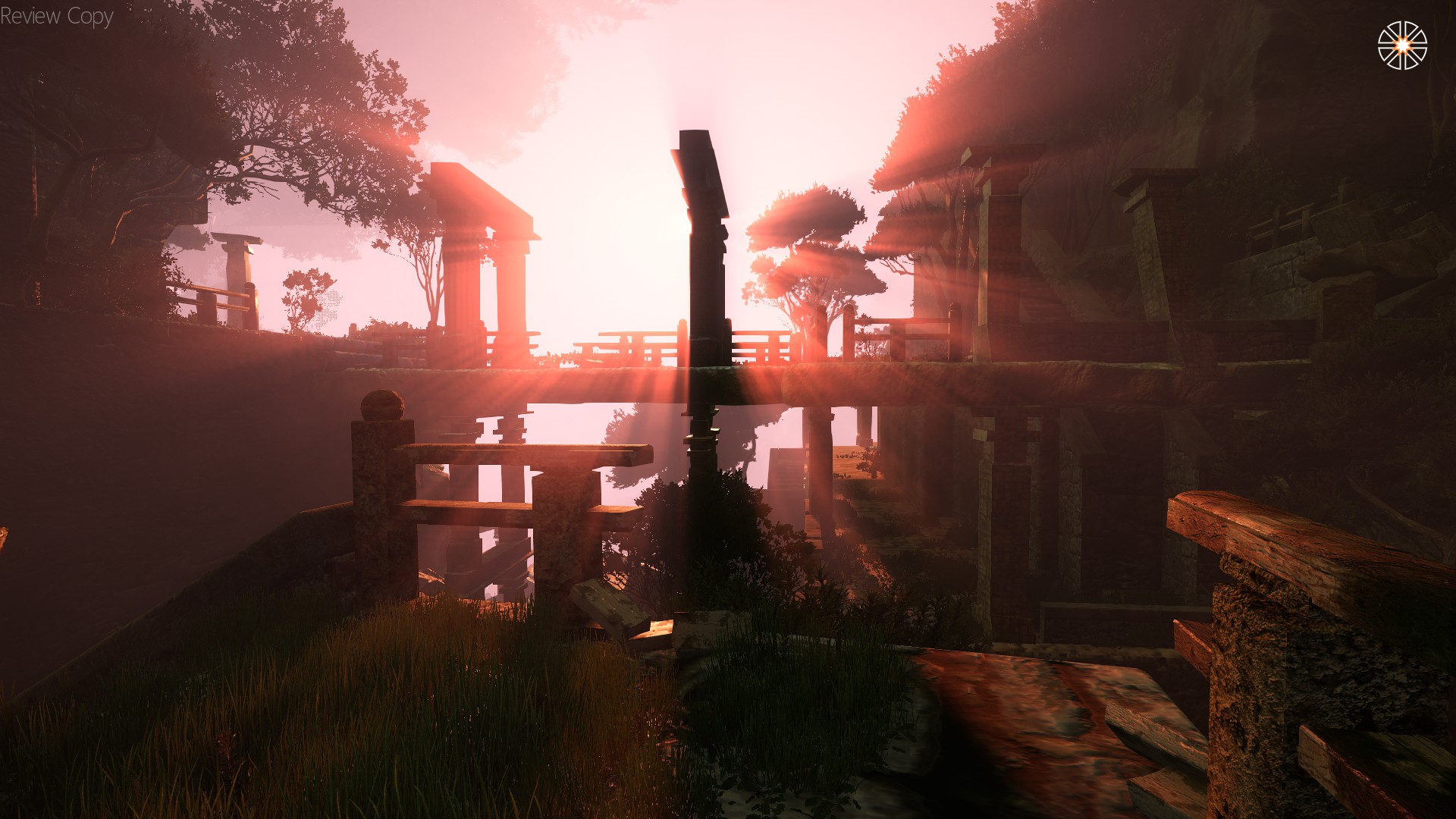 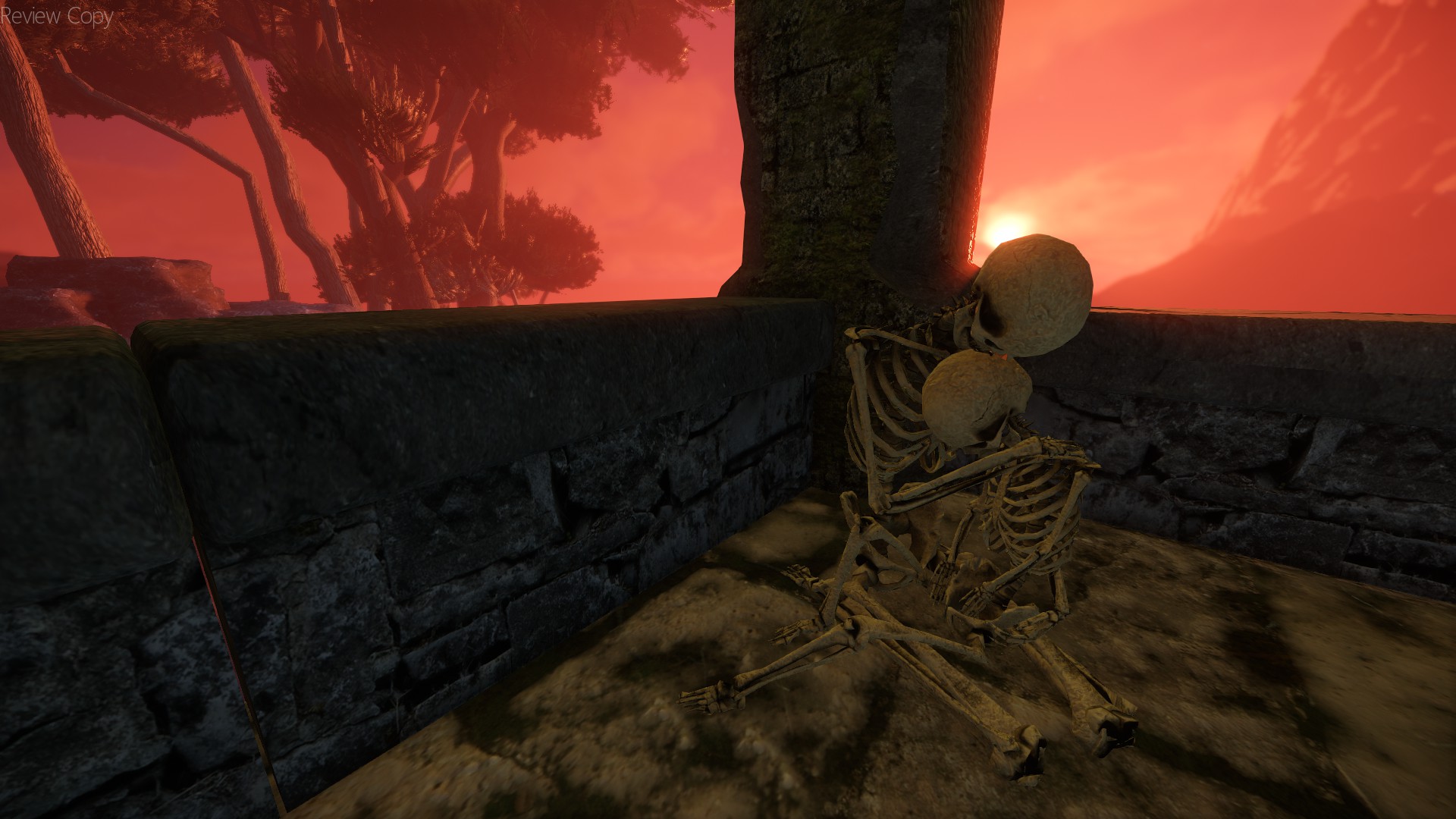 Visually speaking, the game is pretty captivating, with gorgeous vistas, shifting landscapes and a great overall style. Lighting in particular was impressive with a full day/night cycle coded into the game. You could stand in place and watch the world as it went from dawn to dusk. I couldn’t help but stop and stare at certain points throughout the game, particularly at sunset or twilight. Playing at the highest graphics setting on my PC truly was rewarding, but it also allowed certain… less than perfect visuals to stand out in juxtaposition to what was typically stunning. Water effects, shadows, and some sky-boxes didn’t quite hold up, and occasionally textures repeating themselves became a bit too apparent.

Visual glitches also occasionally reared their ugly head, although its more than possible the issues I witnessed won’t effect those yet to play, as the game did receive a day 1 patch. Normally I wouldn’t bother to highlight these imperfections but it actually did impact my enjoyment in Aporia… only because without the aforementioned nitpicks, I could see myself getting totally engrossed and immersed into a beautiful world. And as it stands that immersion was only mostly realised.

The gameplay primarily consists of wandering around Aporia’s environments. You will come across pillars that serve as keys (kind of) which will unlock a pathway if you interact with them. These interactions use up a resource bar which can be refilled via potions found scattered around the game. There are also light puzzling often involving said pillars that required you to interact with them in a specific order or find a specific item to help them function. Despite these interactions, I can’t really call Aporia a puzzle game because the interactions were so light and accessible and the resource it expended so bountiful that you never felt like there was a hurdle to overcome. In fact, I found myself stumped more often by my terrible lack of directional awareness than by any intellectually demanding puzzle, but I feel like that’s exactly what Aporia wanted.

The game isn’t designed to be played completely linearly. There is a path you have to walk in order to progress but the levels were open enough and had enough branching options that the more navigationally-challenged amongst us could get lost. The best part of Aporia was getting immersed, exploring the beautiful environments, coming across interesting set-pieces and trying to figure out what world you occupy and what story is trying to be told. This exploration and immersion was helped by the fact that the game had no dialogue, no text, no tips, and only limited HUD and prompts. I think slightly more could have been done to encourage exploration, particularly in the early stretches of the game where resource regenerative potions seemed so bountiful, but this is truly the smallest of nitpicks. 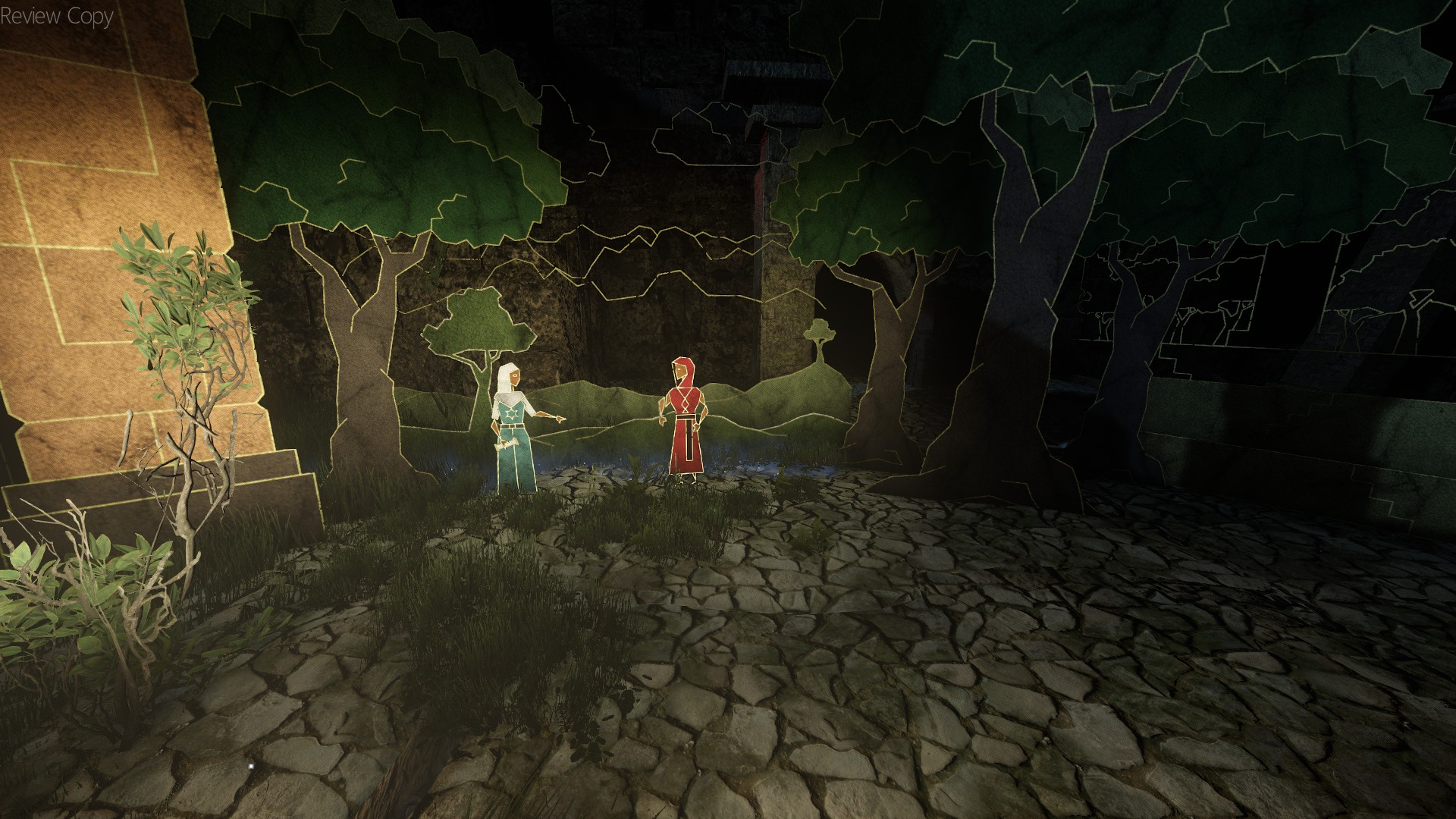 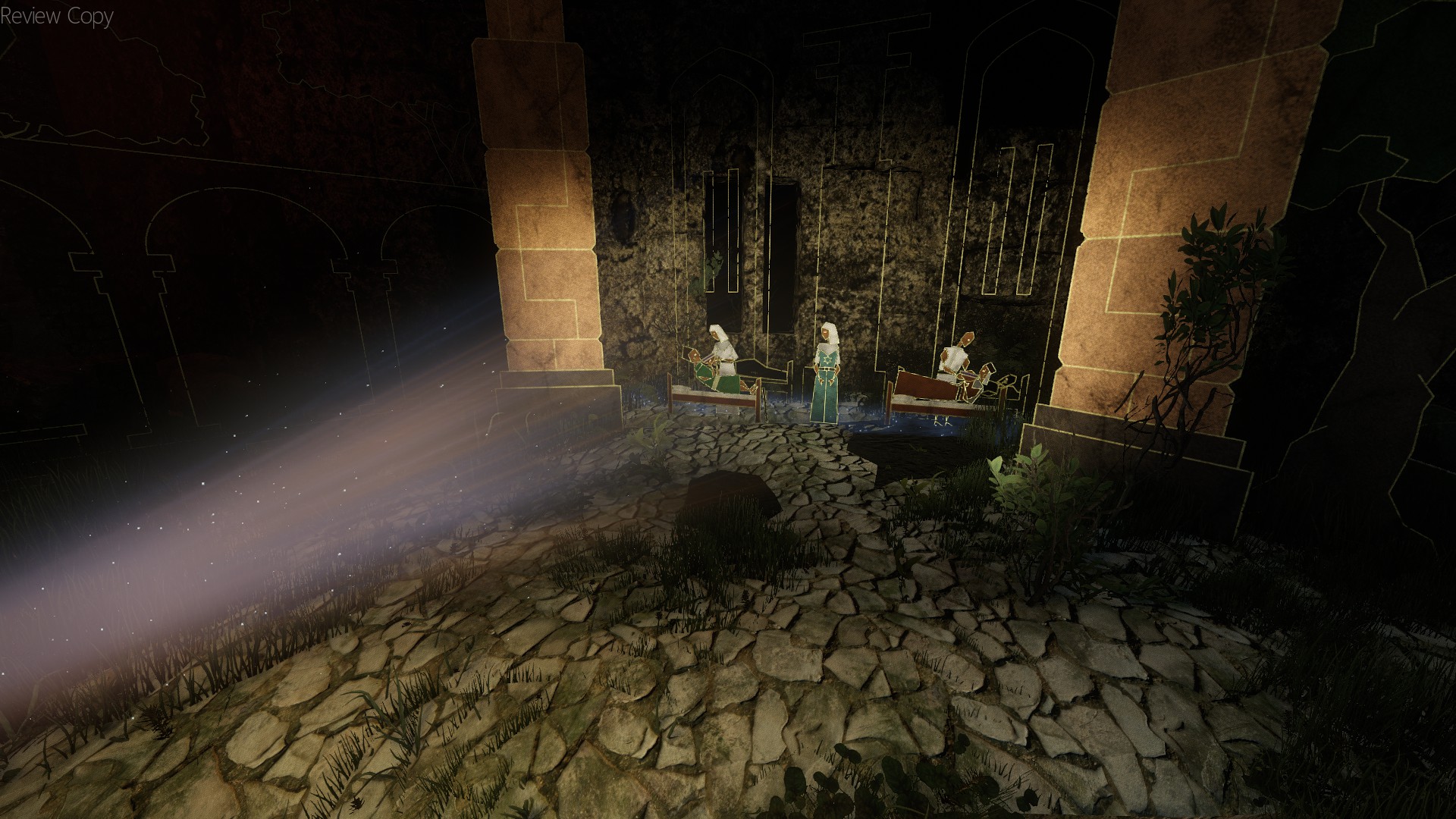 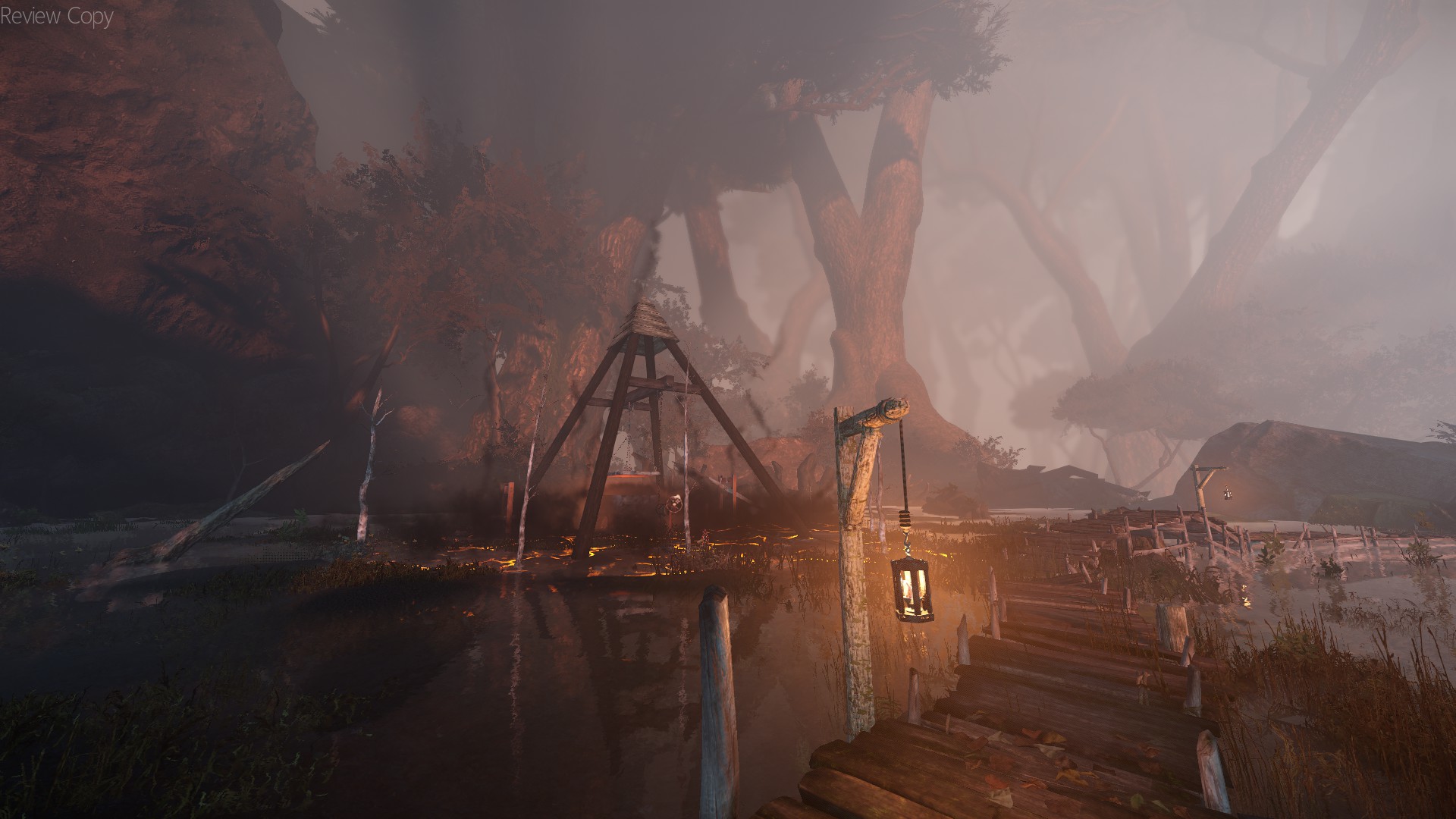 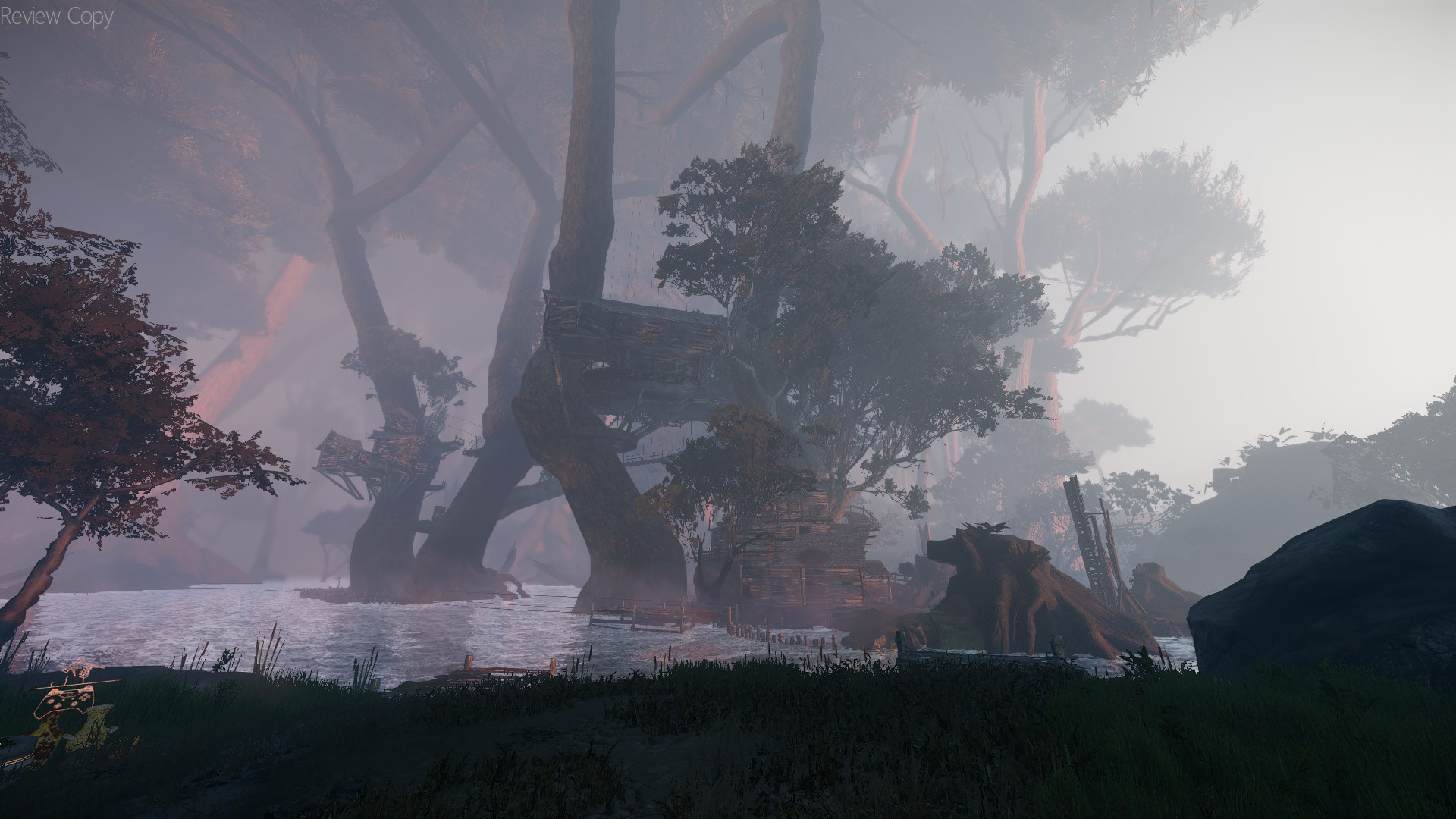 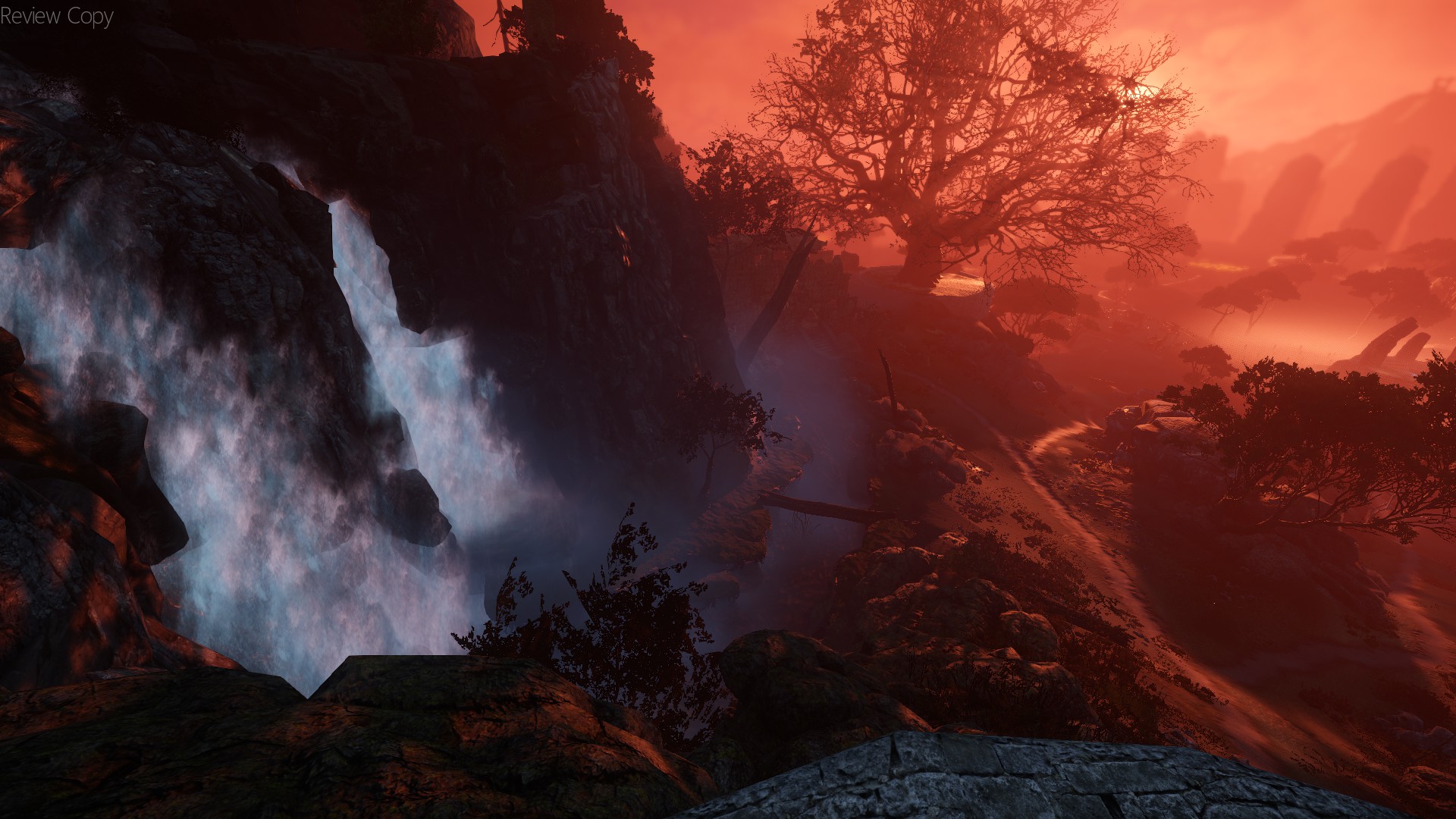 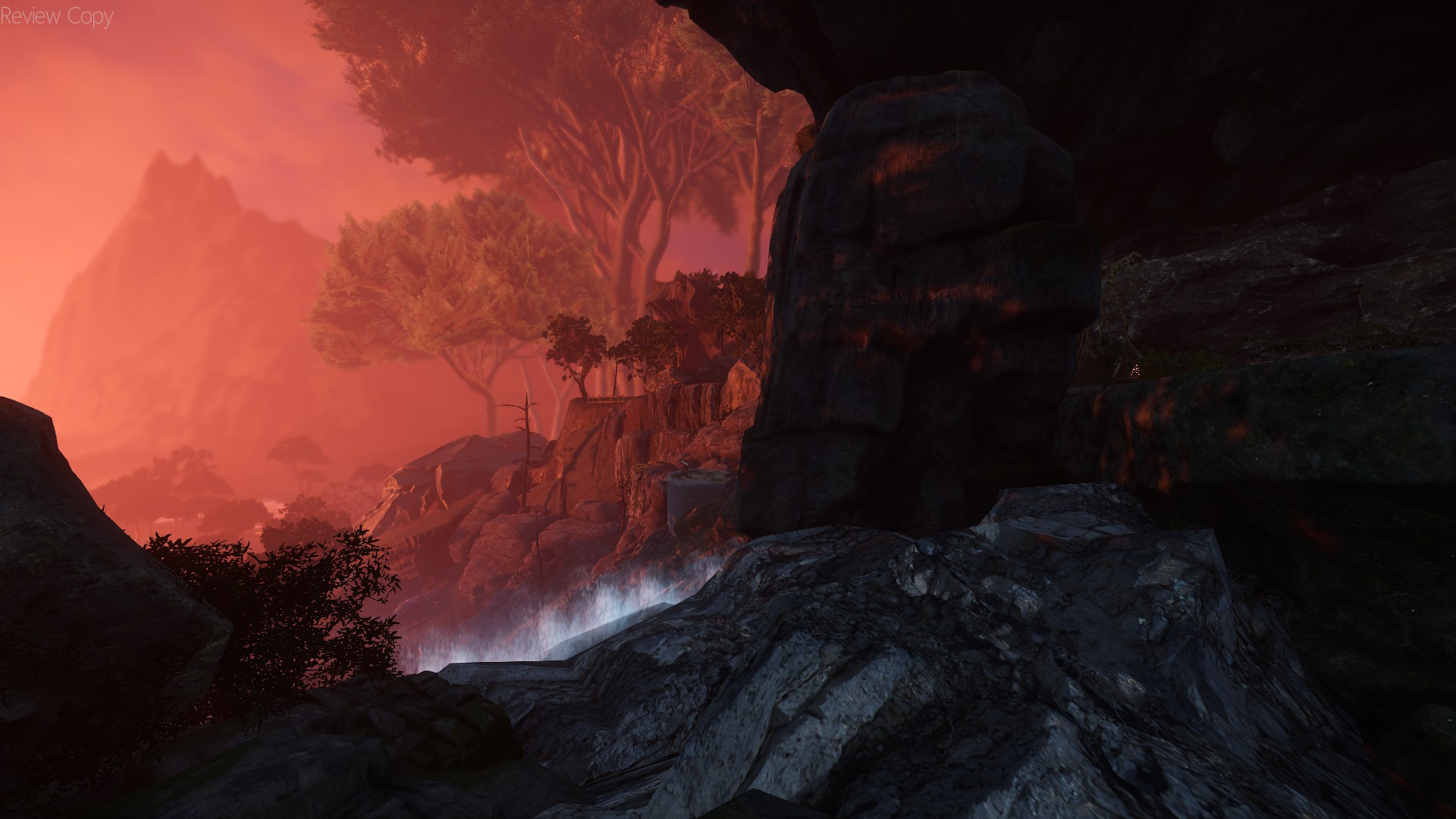 The other big talking point for Aporia is ironically something never talked about in the game; not literally, anyway. That’s because the story in Aporia: Beyond The Valley was told without words, without dialogue and without text.

Sections of story were instead told via a light-show (I guess you’d call it?) where what looks like hieroglyphic-esque pictures come to life and act out a scene. These moments I found genuinely captivating. Aporia found a way to tell a story in a mostly unique and interesting way and for that I give it massive props. The reason this storytelling method was so great was that it matched Aproia’s direction and atmosphere perfectly. The game was tranquil, mysterious, peaceful – to interrupt that atmosphere with anything less elegant or more invasive than the light-show would have been a real shame.

Although great storytelling doesn’t always mean a great story. Another trend in indie gaming at the moment is ambiguous and abstract stories that are up for personal interpretation. This isn’t inherently a negative for a story, in fact many players see it as a positive, I’m just not one of those people. For me, a story can be so ambiguous that it leaves no impact. And narrative without structure doesn’t always leave me questioning and searching for answers; it can leave me uninterested. Aporia was definitely an example of this. However, I’m aware that this won’t be an issue that effects all gamers, potentially just the least imaginative amongst us.

Aporia: Beyond The Valley is most certainly an appealing game. I don’t know that it did enough to allow it to stand out from the small collection of truly fantastic Walking Simulator games that exist, but it did manage to resonate with me in its own little way. I hope to see the storytelling techniques used within the game used once again because they really were fantastic. But maybe those techniques can coincide with something a little more structural and less ambiguous, for my sake.