Take Oddworld: Abe’s Oddysee and place it in a dystopian communist world and you have Black the Fall.

I won’t say this game will appeal to all, but one word for me sums it up – intriguing.

Black the Fall is a side-scrolling puzzle adventure game where you play a mechanist/factory slave who is trying to escape a futuristic communist regime.  Founders of the Bucharest-based Sand Sailor Studio, creators Cristian Diaconescu and Nicoleta Iordanescu, based the story on the Romanian communist regime which existed officially from 1947 to 1989.  As such the story behind this game is highly political, and like all dystopian adventures, explores the extreme case of humanity gone wrong.

The overall premise is simple – each screen brings a different puzzle for you to solve.  You must do so while avoiding detection which will cause your rapid death.  Needless to say, your character will die. A lot. And there is a sinister kind of enjoyment watching your character getting shot over and over while you work out how to get past that guard. Fortunately, you have unlimited lives and dying is a necessity to learn how to solve some puzzles.  Unfortunately, this also takes away much of the tension in what could have been a very emotionally charged game.

All the puzzles are quite simple in hindsight, and the joy in this game is figuring out how to proceed.  Some of the puzzles are quite straight forward, such as rebounding a laser to trigger a door to open, or can be quite frustrating, such as timing what should be a straight-forward jump. Whether you are jumping or avoiding steam clouds of instant death, the controls in this game are clumsy, although these are factors that can be addressed in game updates, and do not detract from the game play too much. 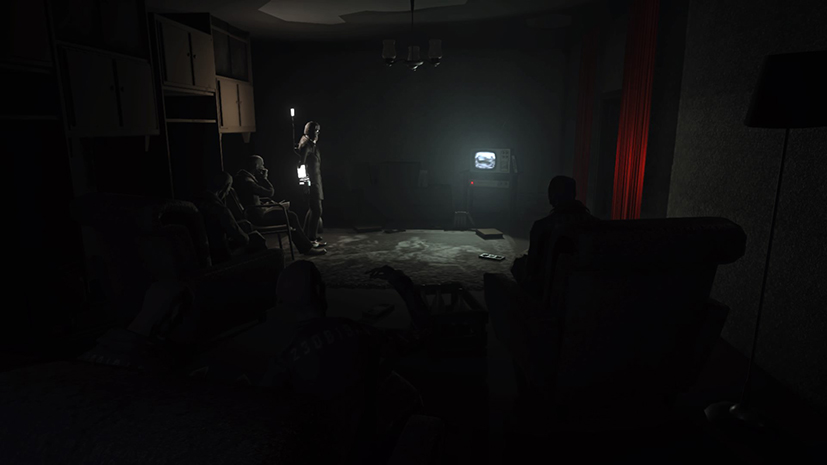 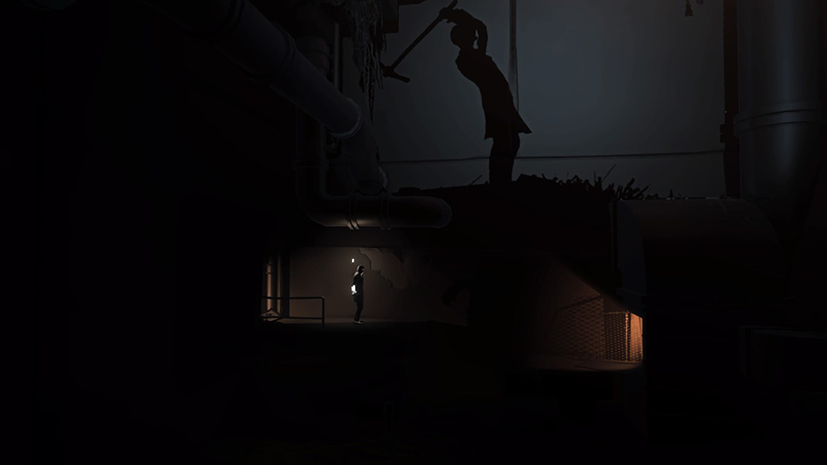 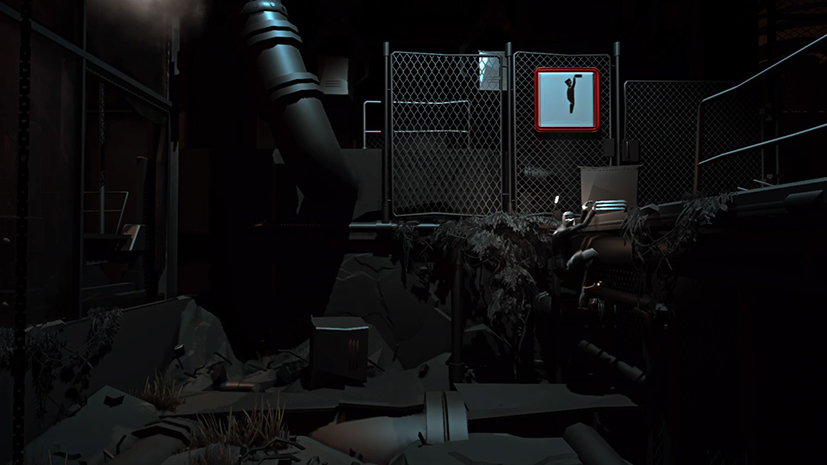 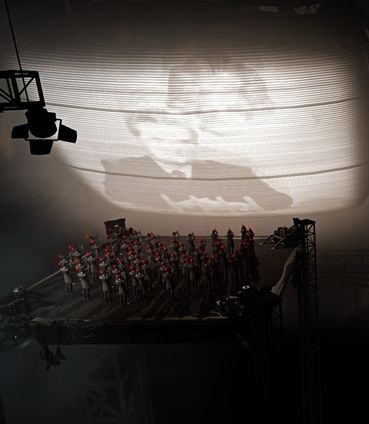 Early in your adventure you obtain a handy laser pointer.  While also great for cats in the real world, in Black the Fall this allows you to control other workers, machines and activate sensors.  The laser aiming also suffers from control issues at times, and the need to scan the stage with a cross-hair is a game design aspect probably worth assessing.  The mind control factor, although relevant to the game’s overall story of control, is very reminiscent of Oddworld, and some may either find this endearing or just a tad too familiar.

After playing the game for a few hours, you will realise that the main protagonist is not very important. Yes, you are striving for him to reach freedom, but unlike many other games, he remains fairly featureless and devoid of emotion or character.  The story is focused more so on each scene, each giving a bit more detail into the inner workings of this dystopian nightmare.  This is not to say that this game is all dark and moody – there are plenty of random moments of dark humour from hidden rooms to balance the frequency your character dies.

This brings me to the most stand-out features of this game – the overall game concept and its artwork. Each scene is a masterpiece and the stages are detailed and imaginative.  I cannot praise the dystopian communist regime adaptation enough.  Many games set in an industrial or factory environment fall into the trap of repetition, but fortunately Black the Fall is a game carefully crafted to allow you to explore this future world and all the faults of humanity (or lack thereof) contained within.

Where Black the Fall falls short is connecting the immersive artwork and game concept with the actual gameplay.  While each scene is stunning, it can tend to be on the dark side to see detail, to the extent at times being near-black having the player rely upon sound (not particularly fun for those who are hearing impaired).   Because of the infinite lives and no time limit, there is a lack of pace, with some stages capable of being strategised while having a cup of tea, while others are over in a few frantic seconds.  The lack of connection to the protagonist adds to this lack of pace, and I have to say, I cared about Abe’s freedom, but I enjoyed Black the Fall only for the world itself.  Given the talent involved, some cinematic cut-scenes would have made that part of this journey perfect, and may have made me care about whatever-his-name-was (did he even have a name?).

I fell in love with the premise here and many more ‘mainstream’ developers can learn a few lessons on how to stage a world.  I only wish that the tension and intrigue delivered by the game concept and artwork carried through to gameplay and character development.  I did not care enough to become addicted to this game; it was the overall intrigue into this world that kept me going rather than the gameplay itself.

Black the Fall is still a polished and professional looking game worth a look at, even just for a look at an imaginative dystopian future.