It’s always interesting to see what happens to a series when it moves in a bold and new direction, either mechanically or narratively.

Fortunately for us, Danganronpa Another Episode: Ultra Despair Girls takes the incredibly violent visual novel gameplay of the PS Vita cult hit, and uses is as the basis for a third-person shooter. This is  a prime example of a developer taking risks, and doing something new, but does this ultimately pay off in the end?

Despite very much being a side-story in the greater universe of Danganronpa (one that’s filled with games, manga and animated series), Ultra Despair Girls features a lot of characters important to the story and enough fun and engaging content to go down as a really fantastic spin off.

Together with recurring series resident mad-person Toko Fukawa, the game follows the duo as they aim to escape a city filled with maniacal kids and dangerous Monokuma robots.

“The game plays like Resident Evil 4, right down to the heavily camp dialogue and intense scenes of horror.”

Another Episode breaks away from the traditional style of gameplay, and plays a bit like Resident Evil 4, right down to the heavily camp dialogue and intense scenes of horror. The game tries to remain heavily tied in series lore, so it would be recommended to have played at least the first game so you have an understanding of what the stakes are.

In saying that, the game still functions perfectly fine on its own. Players can aim and shoot from behind the players shoulder, and can unlock a variety of ‘Truth Bullets’ to unleash in battles against the Monokuma army. This is all mixed in with a heap of visual-novel style storytelling, especially as things are getting established early on. 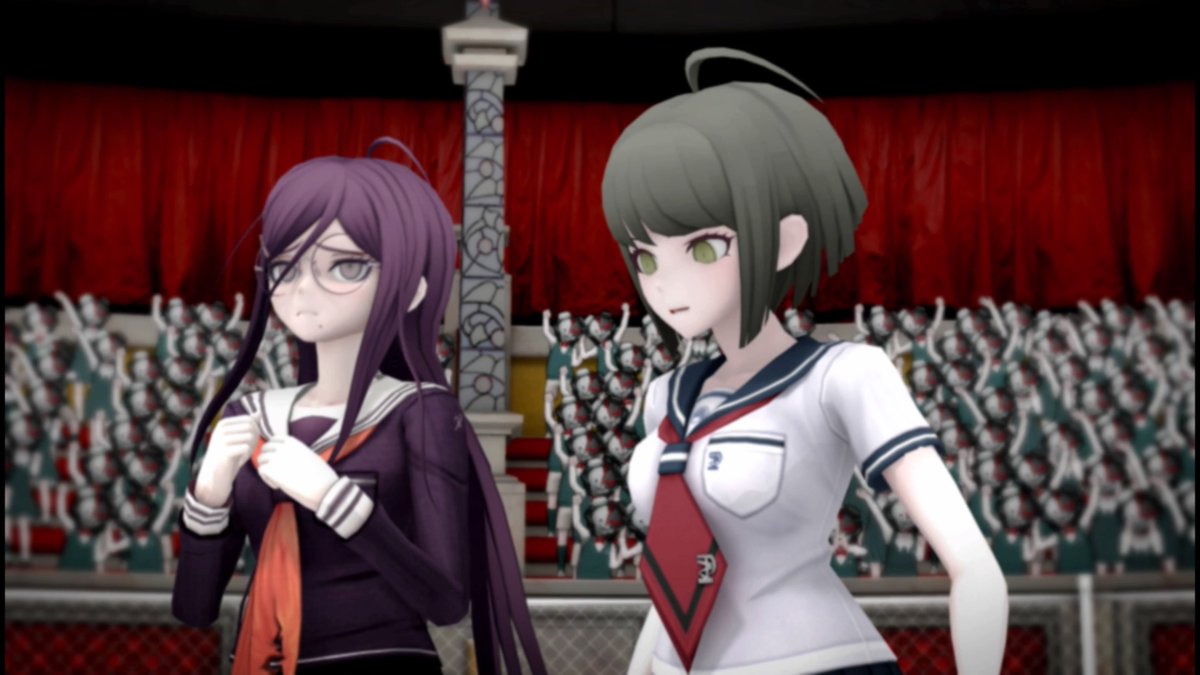 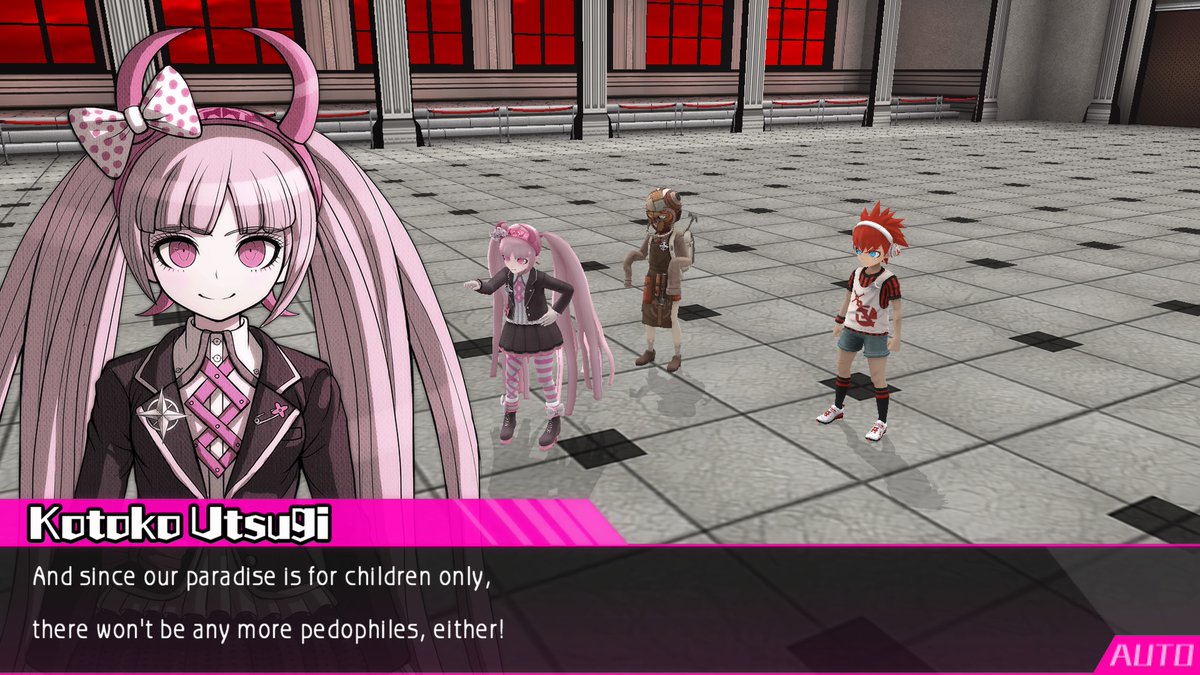 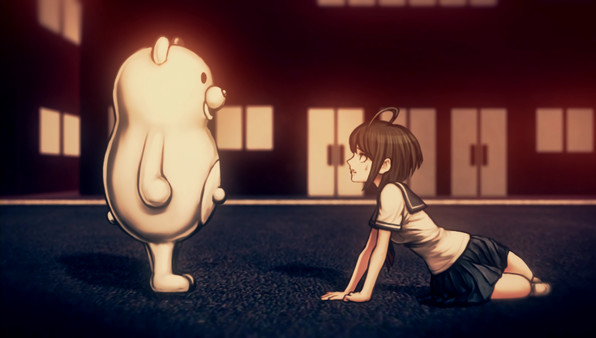 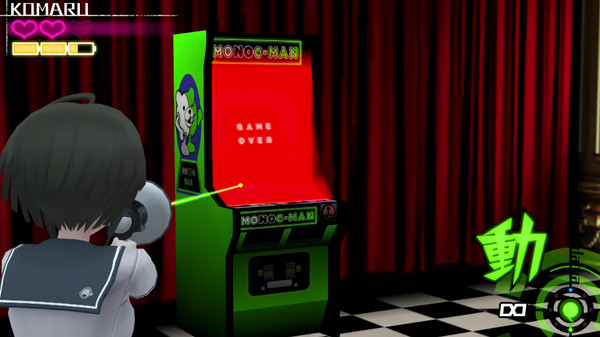 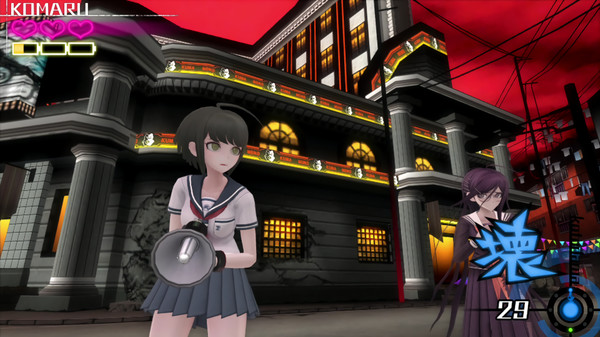 Like the earlier comparison to Resident Evil 4, we might as well make a few more comparisons, because the camera is really dodgy. Countless times I’ll find myself walking down a really narrow corridor, and then immediately being blindsided by an enemy, as the camera moves far too slow for this type of game. When playing as Toko, the camera is a little better, but still suffers from the same slowness.

There are certain dialogue moments which also left me scratching my head in confusion. A particularly powerful scene about the horrors of child sexual abuse and pedophilia was almost immediately ruined by a character cracking wise about Lolita complexes (a term in Japan that describes an attraction to young girls).

For fans of the Danganronpa series who’ve never played Another Episode before, I can’t recommend this game enough. The shooting gameplay may get a tad clunky at times, but the overall experience is still very much a tried-and-true Danganronpa adventure.

For newcomers to the series, go play a previous title before this one. You wont be disappointed at all, and with the third game in the mainline series arriving later this year, there’s no better time to get acquainted with this fantastic series.