Absolver is a picturesque, martial arts RPG by Devolver Digital and Sloclap. The game is an ambitious leap into the Action Role-Playing Game (ARPG) genre and one that manages to create a unique and captivating experience for the player. With an engaging campaign on offer and the ability to jump into PvP duels, Absolver can be enjoyed on multiple levels – but don’t assume this will be an easy journey.

Developer Sloclap has made something pretty spectacular in Absolver. The game plays out like a Souls game (kind of) with even your run of the mill enemies capable of putting up a real fight. The world is made up of interconnected regions, and Altars can be located which function as bonfires in the game, allowing you to heal but respawning enemies. Real player allies can also be summoned into your world for a cooperative experience and enemies can invade your world for some PvP action. At this point the Souls comparisons begin to fall off, because even though there is some clear inspiration here, Absolver finds its own niche in the market and manages to become quite the unique experience.

The combat in the game is super intricate and finely crafted, playing out much more similarly to a game Like For Honor. And the world is just straight up gorgeous, like unbelievably gorgeous, like a painting come to life kind of gorgeous. 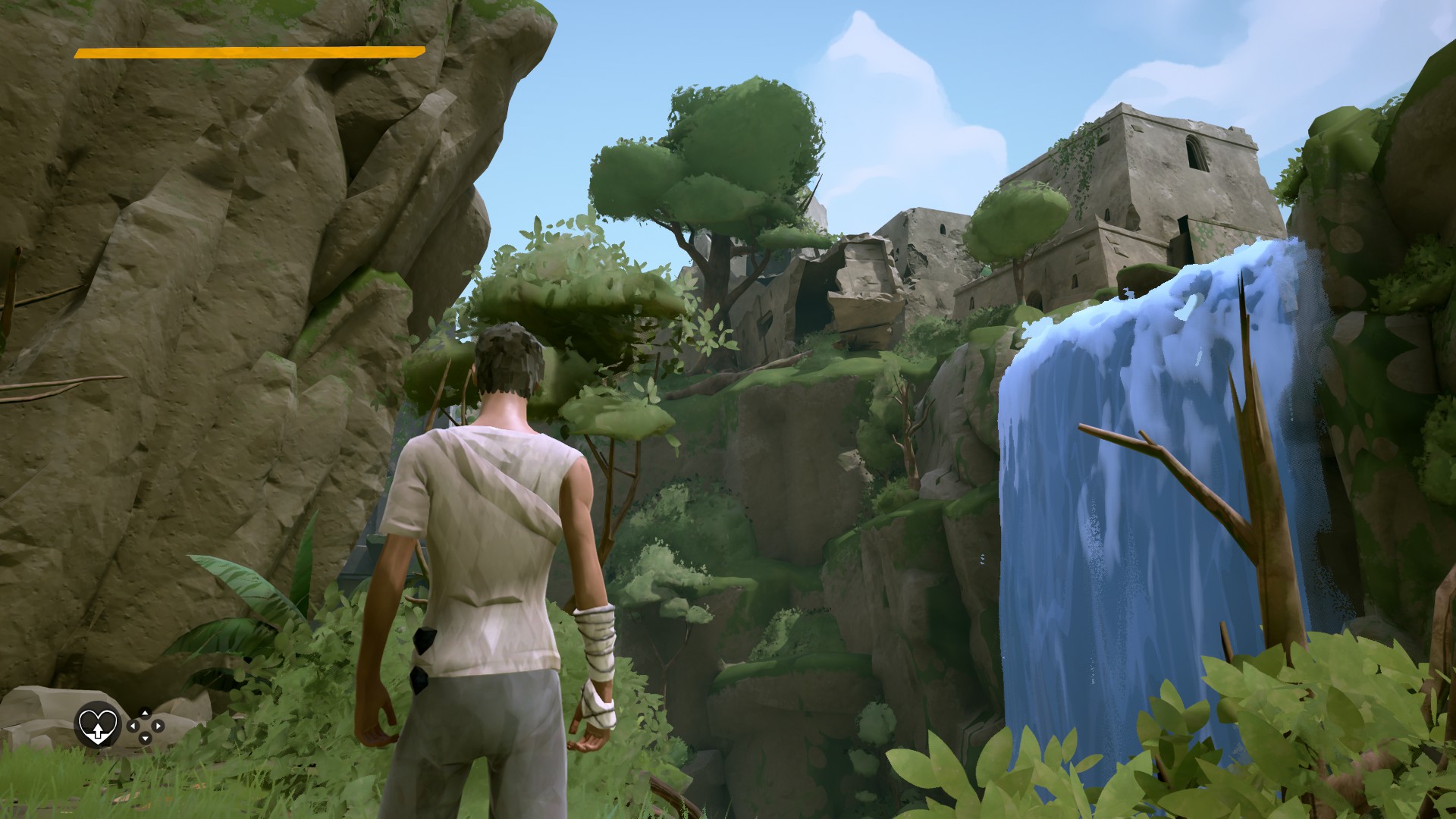 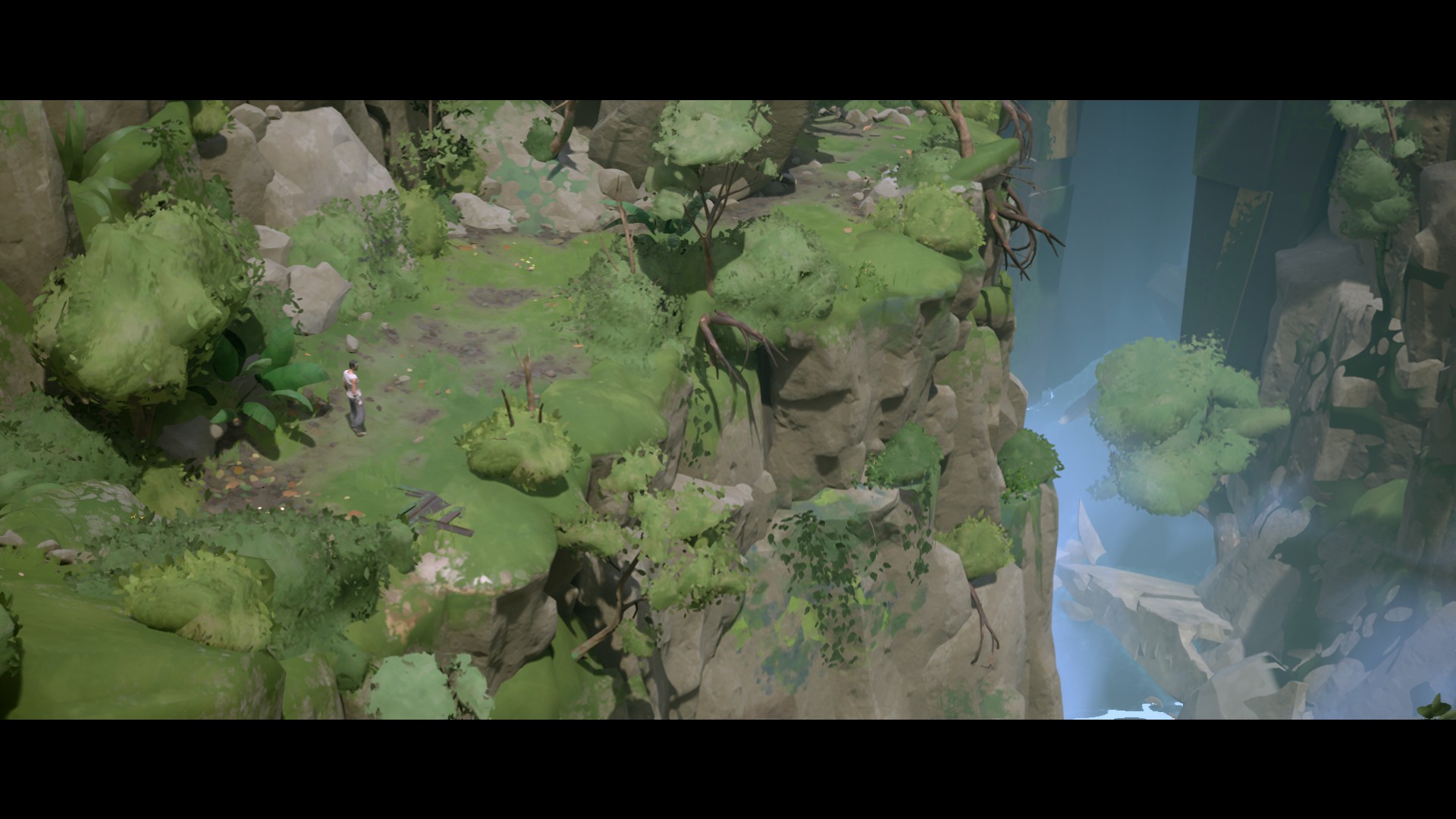 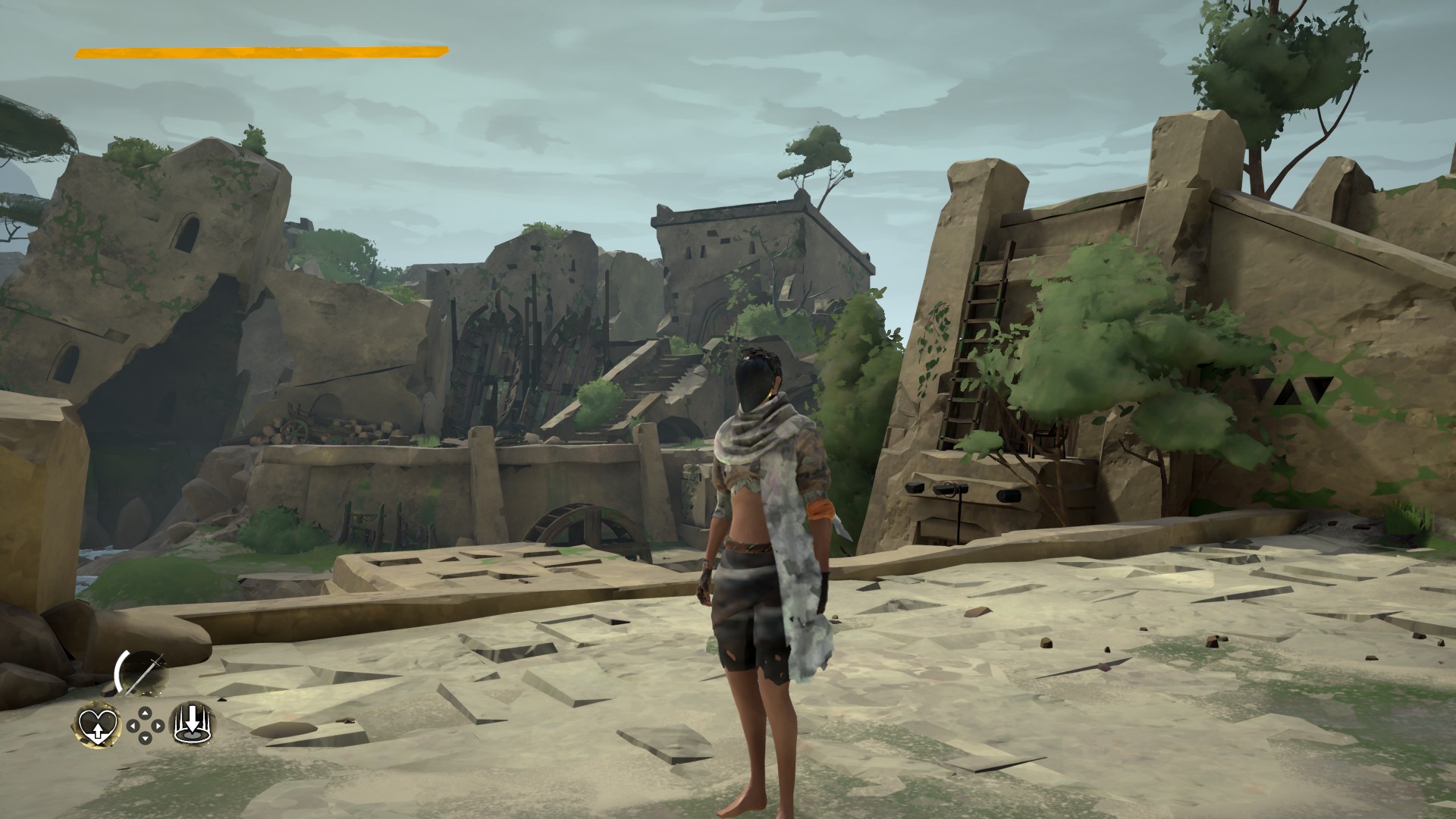 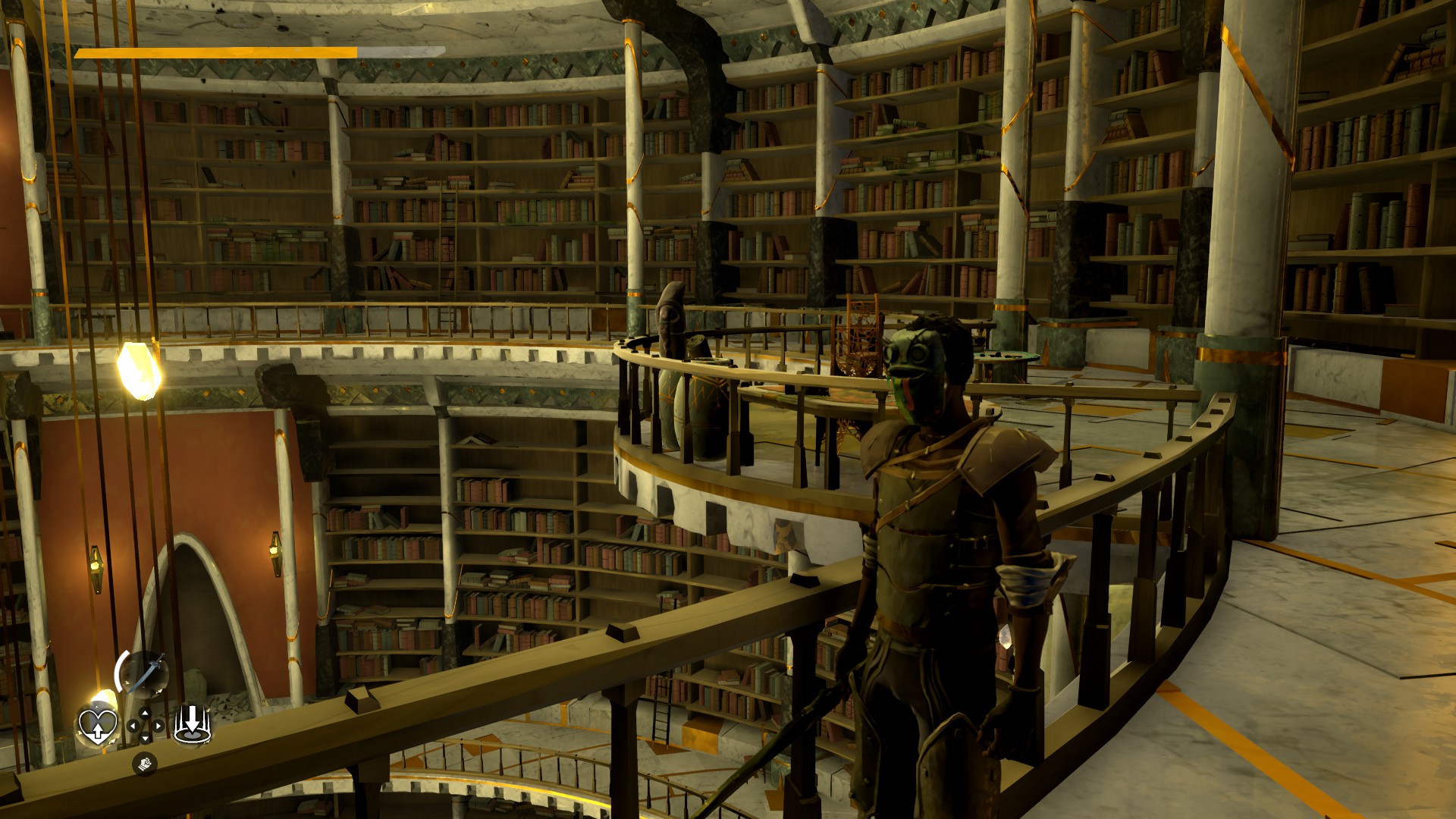 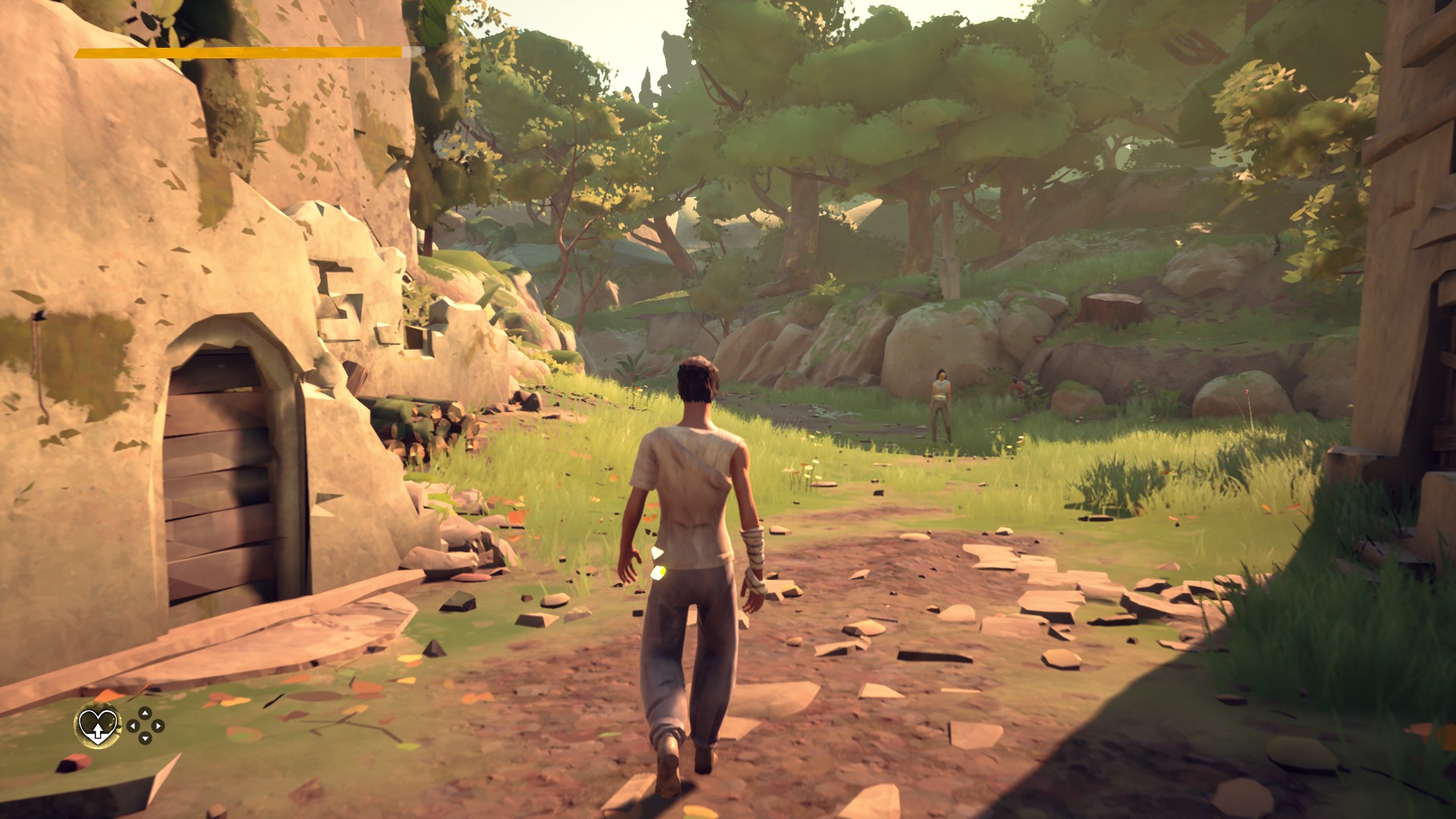 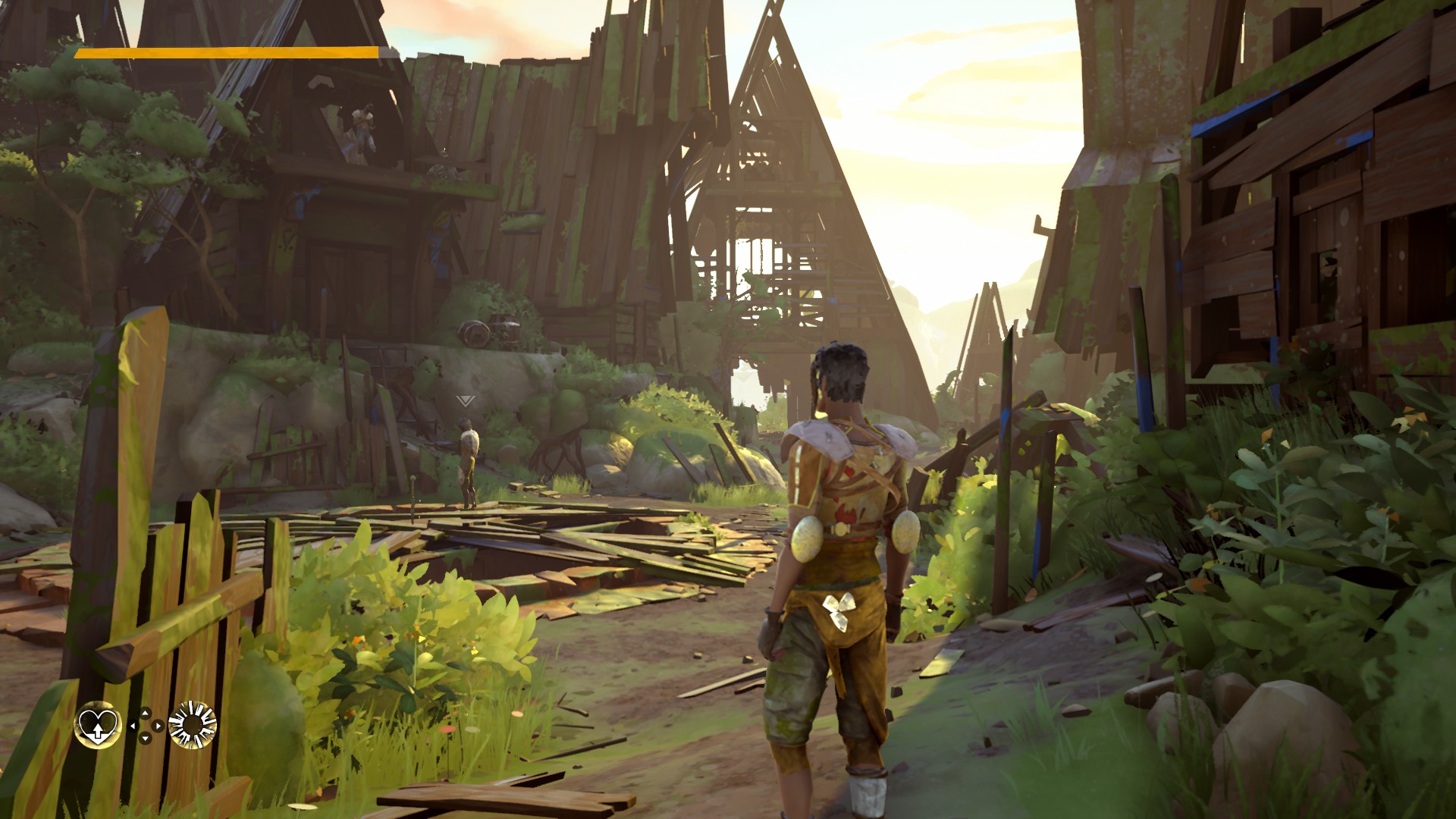 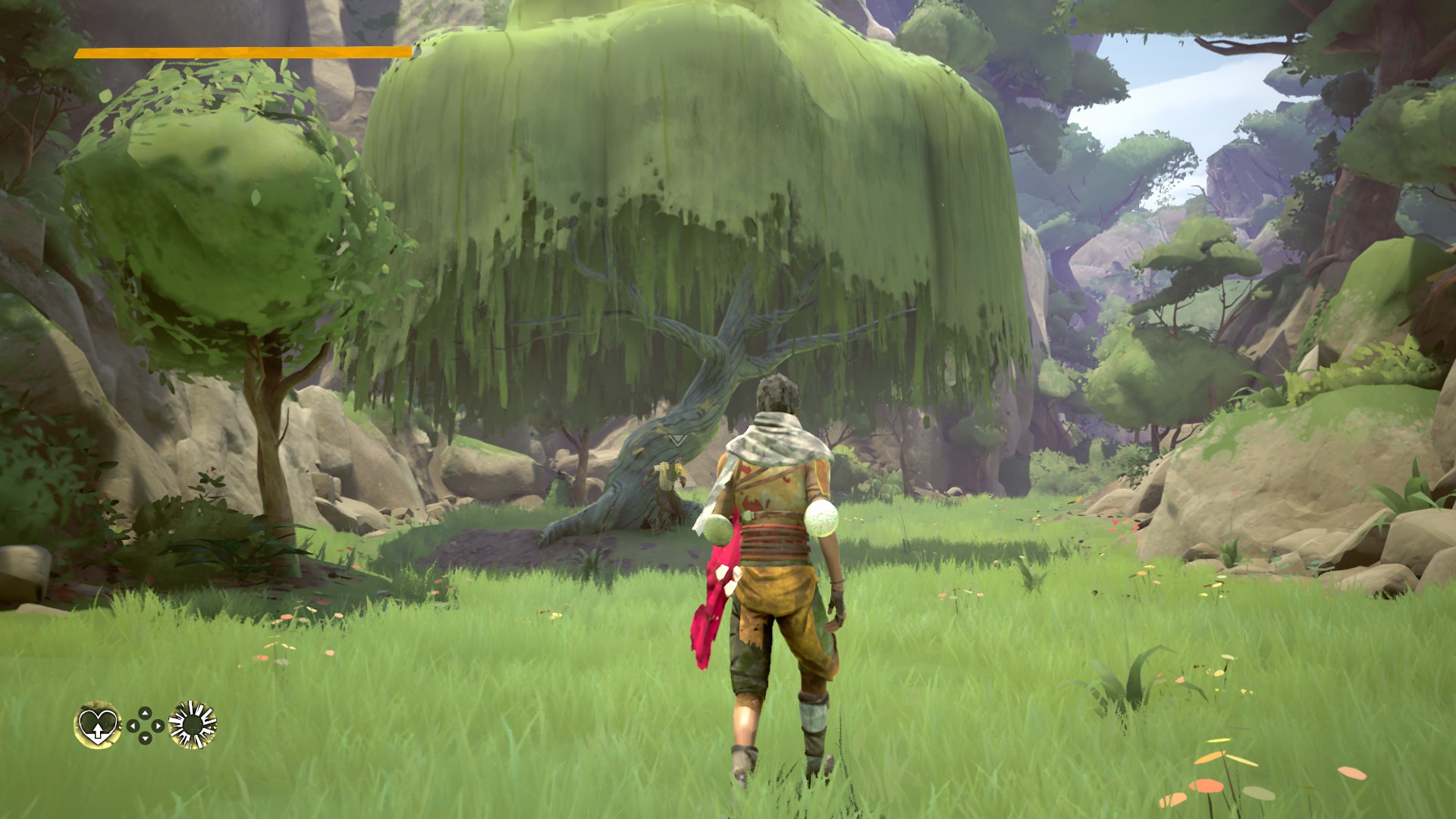 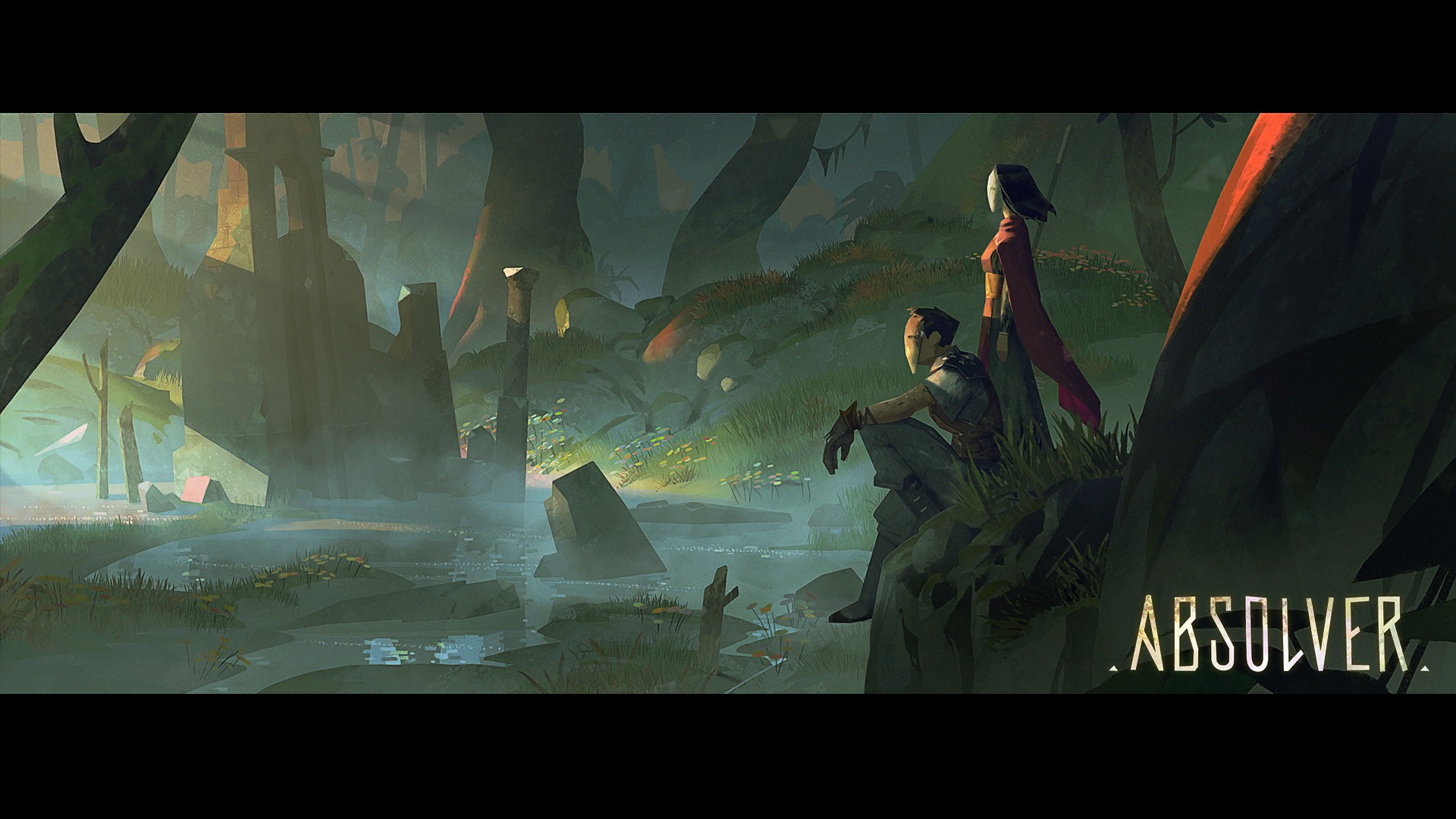 You begin the game as a Prospect, an inexperienced fledgling who is taking their first steps in a long journey to master the art of fighting and to become an Absolver. You are met with many foes, the most predominant of which are a set of “Marked Ones” and 3 Bosses who you have to defeat in battle in order to prove yourself. Doing so will take a lot of learning and a lot of failed attempts, but those dedicated enough will be able to master their art and become a powerful Absolver in their own right.

The premise of the game is simple, but it’s also powerfully effective. The journey your character goes on from Prospect to Absolver mimics your own personal journey as a player. A player who is coming to terms with quite an intricate and deep combat system which at first is overwhelming and difficult, but by the end you genuinely feel like a master.

The game’s combat is well crafted, appropriately complex and effective. You go toe to toe with your foes using 1 of 4 different martial arts inspired fighting styles. I chose Windfall, a fighting style focused on reflexively and directionally dodging oncoming attacks. Other classes have other focuses but all have the capability to attack, use alternative attacks, use powers, dodge, block, feint an attack, and all have 4 different stances which can be used to pull off a string of different attack combinations. There are a whole range of different attacks that can be learned throughout the game and no one player is likely to have the exact same set as another due to the vast depth of the game’s fighting customisation.

Different attacks unlock as you play in a really clever “learn as you experience” type of system. Doing a well timed block or dodge against a new move will help progress you along an experience bar to learn that move. Once learned you can then slot that new move into a multitude of different slots that function as part of any 1 of your 4 stance attack combinations, or in your alternative attack slots.

If that all sounded a bit complicated it’s because it is. But that’s part of the beauty of Absolver. It wants you to feel overwhelmed and out of your depth at first but learn as you play and become a master of your own fight. Learning moves slowly as you progress and unlocking new attack slots and powers is all apart of that same progression curve that ties in so well with the game’s premise.

What makes the combat all the more effective is that the game has an amazing style and fantastic animation quality. Every fight feels powerful, but not the brute strength style of power. The power of the game’s combat instead comes from sleek and elegant animations where duels play out more like a dance than a fight. Everything is so smooth and beautiful. A well fought battle probably looks choreographed from an outsider perspective, but its merely the strength of the game’s combat and the style / animation that allows it to look like this.

The style of the game then permeates to every corner of the experience. Graphically and stylistically I just can’t sing enough praise here.

Having that drop in / drop out multiplayer helps to give the game an extra layer of depth and longevity. Absolver lets you queue up to go toe to toe with an opponent and I can see players taking full advantage of this system and battling it out long after they are finished with the campaign. Multiplayer most certainly isn’t perfect though. The game felt a little too easy once a co-op partner was introduced but what really impacted me was the lag. I don’t know how much of my lag experience comes down to Australian connectivity issues, but the kind of lag I got from joining another player’s game was bordering on unplayable, and made any kind of reflexive dodges or blocks near impossible.

Absolver also suffers from the same kind of camera issues that seem to be so prevalent in the genre. Tight corridors don’t tend to be your alley in this respect and certain areas of uneven or slanted ground creates further problems. NPCs can also “reset” far too easily. Moving an NPC too far away from its spawn location will cause it to stop and walk back to its original position, healing back its health. This mechanic isn’t unique to Absolver, but it definitely seems less forgiving here and it’s most certainly an annoyance.

The biggest problem with Absolver, for me at least, is that it simply ends too soon. I’m not suggesting that the game didn’t wrap up satisfyingly (it did), nor am I suggesting that the game’s length isn’t worth the price of admission (it is). What I’m suggesting is that the systems and mechanics that are core to Absolver’s gameplay are detrimental to a short experience. When playing Absolver you unlock things slowly. Whether that is new moves, new equipment, new attack slots or new powers. You also learn the game as you play and everything comes to a nice little climax at the end where you finally feel like you are mastering things and you now have the attack combinations and abilities at your disposal to wreack havoc. But then the game ends, and you can’t put your new found mastery to the test. Imagine an MMORPG where you finally hit level cap but then there is nothing left to do. It’s just disappointing. I reached the end of Absolver and I didn’t just want more, I felt like I deserved it after the journey I took. Hell, even a New Game + feature would have gone a long way.

Having said that, PvP is an option and I think this is where players will be able to continue their gameplay and get their fix after the campaign ends. For people like me though, PvP usually isn’t a game’s biggest draw, especially when lag becomes an issue.

Absolver is a fantastic game, one that I’ll probably continue to play even if it means starting fresh and playing the same sections over and over again. It does so many things amazingly well that it allows me to forgive many of its shortcoming. If the campaign would have lasted longer, this would have easily been one of my favourite games released this year. As it stands Absolver is a special game, one that I truly hope continues to get post launch support and a game I hope gets the attention it absolutely deserves.