Another year and another franchise game from EA. On the surface Madden NFL 18 might seem like just another entry into the catalogue of sports games produced every year, but deep down it’s so much more!

These rinse and repeat games have been a constant staple for most sports fans for decades now and over this time one question continues to spring to mind. What can EA Sports do to effectively build enough on a yearly franchise to make it worth buying year after year? Well, for starters, just like the recent NBA 2K and FIFA titles, the new Madden NFL 18 has taken a leaf out of the RPG narrative book and has added a single-player campaign mode called “Longshot”.

The story mode focuses on 23 year old Texas-bred Devin Wade. Wade lives for football, it’s in his blood. He was a number one recruit and the star of his high school team, the Bullfrogs, just like his dad before him. But due to a family tragedy, Devin abruptly quit football altogether. Now he’s looking to rebuild his life and his career by living up to his lost potential and making it to the NFL by being The Longshot.

Longshot’s first few acts are by far its most interesting and its most moving. As I touched on above, Devin struggles with a family tragedy which sees him pull out from his chance to make it in the big leagues. This stems from Devin losing his mother at a very young age and the sudden death of his father (played by Oscar winner Mahershala Ali).

Whilst the game doesn’t dig too deeply into the story of Devin’s loss, simply using it more as an easy narrative device for generating sympathy, there’s still a definite lingering sense of sadness throughout this portion of the story.

Devin’s desire to not let his past define his future sees him accept a spot on a reality TV show called Longshot for a chance to make it into the NFL. In our current disposable reality star world this is a bold and scarily accurate storyline move by EA. The idea of players putting themselves into the spotlight to become the next Longshot pick for the NFL (or for anything similar) isn’t that far from reality. Nor is the idea of the general public cheering and jeering them as they put their all too real hopes and dreams on the line for our amusement.

Longshot is more than a binary choice story mode and will throw some tough choices at you. There’s a human story here, its more than just the locker rooms and sideline antics that you’d expect to find from your typical sports game story mode. 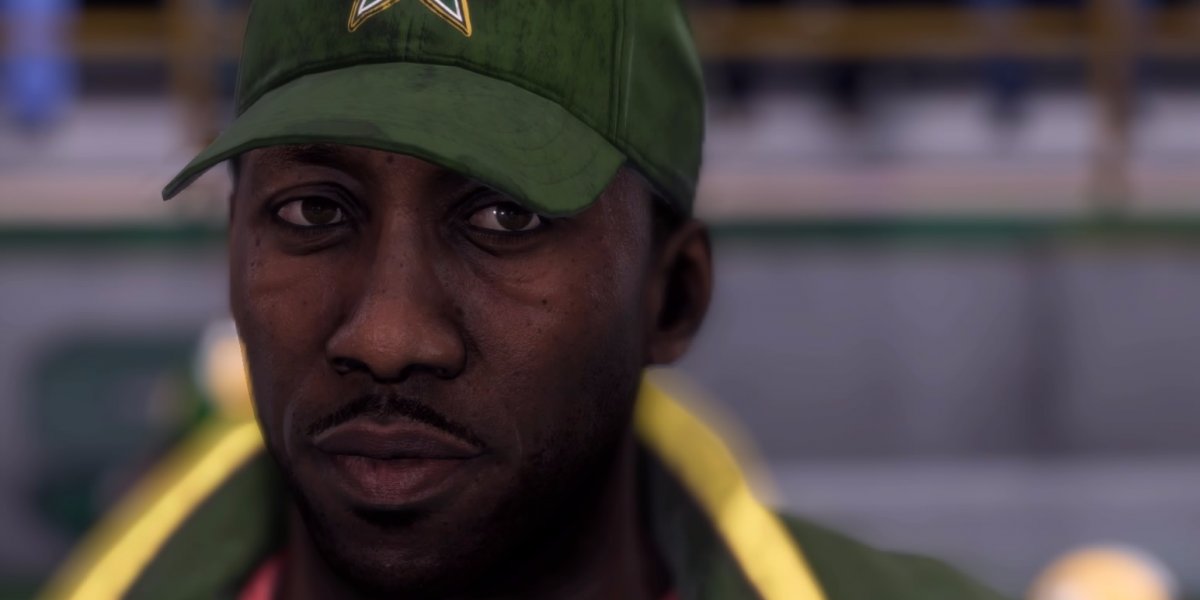 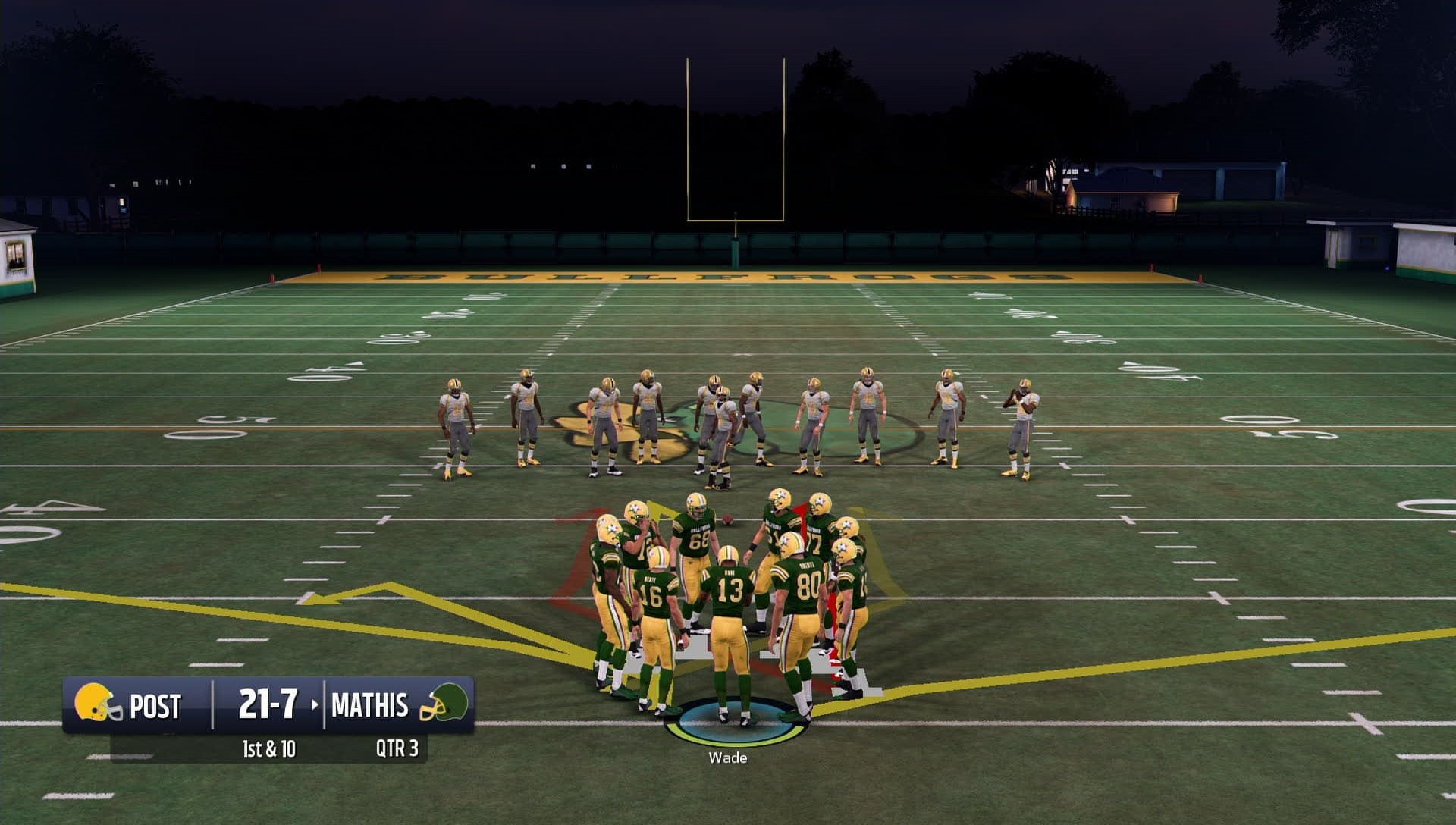 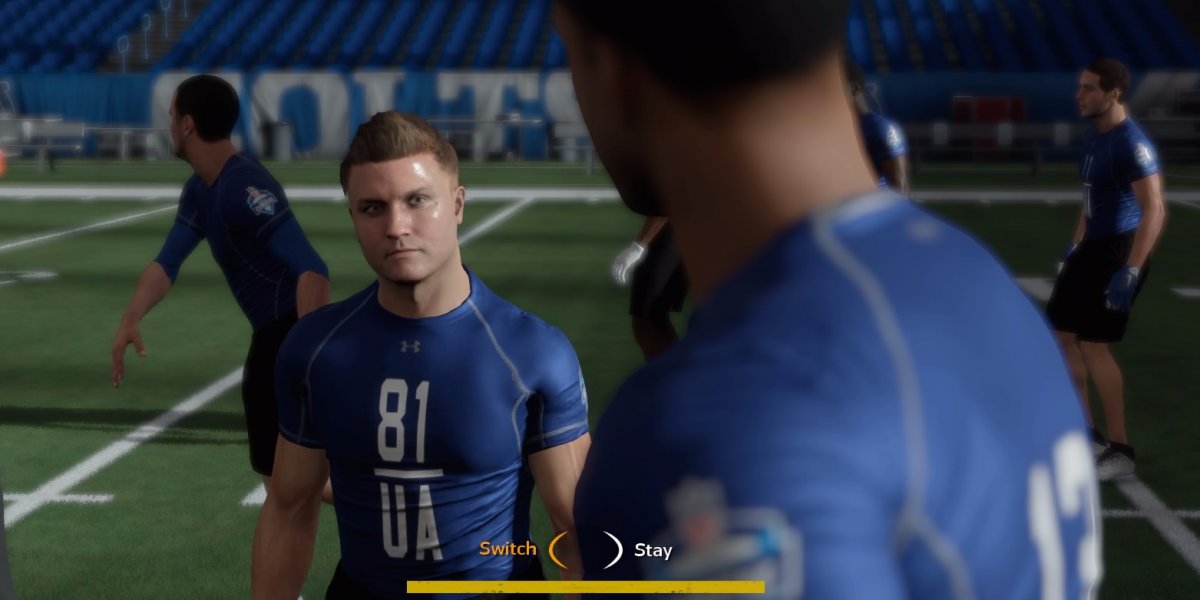 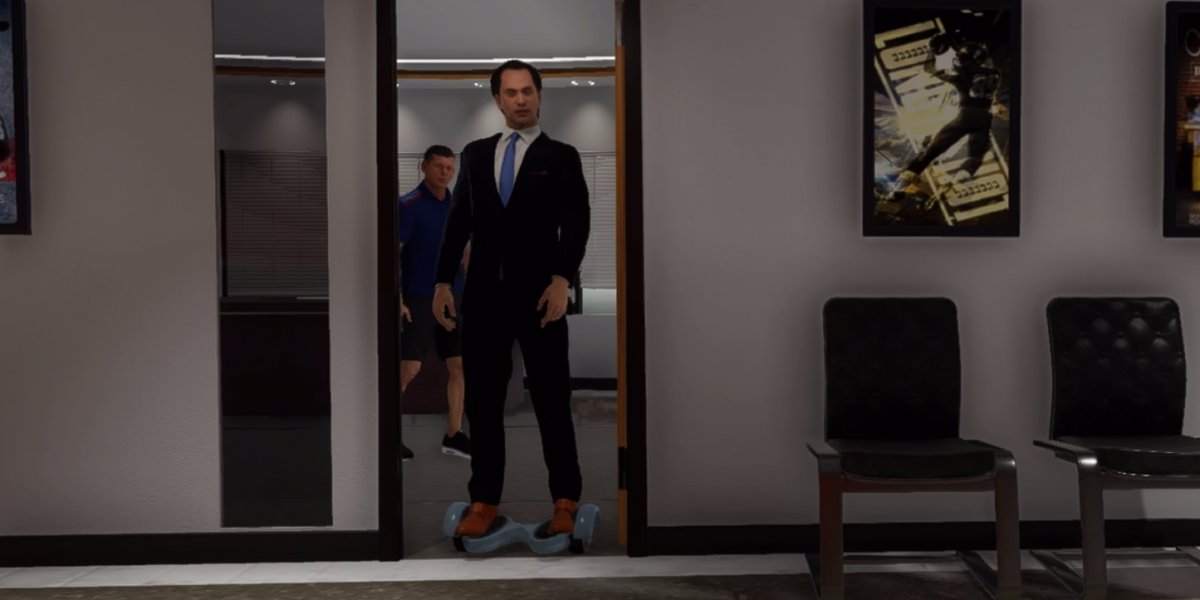 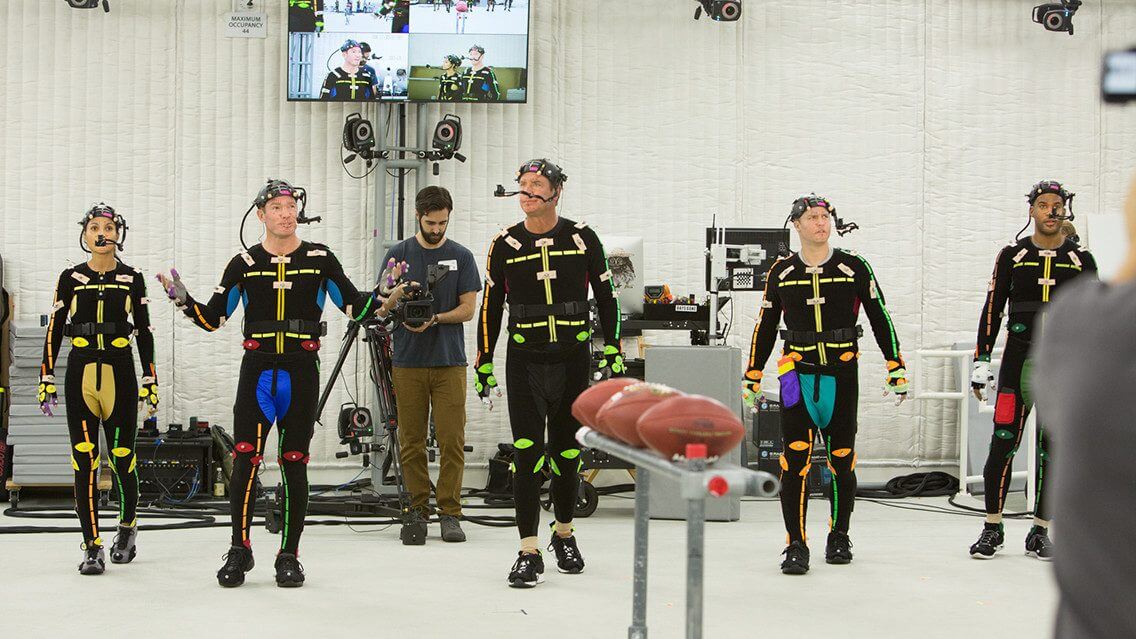 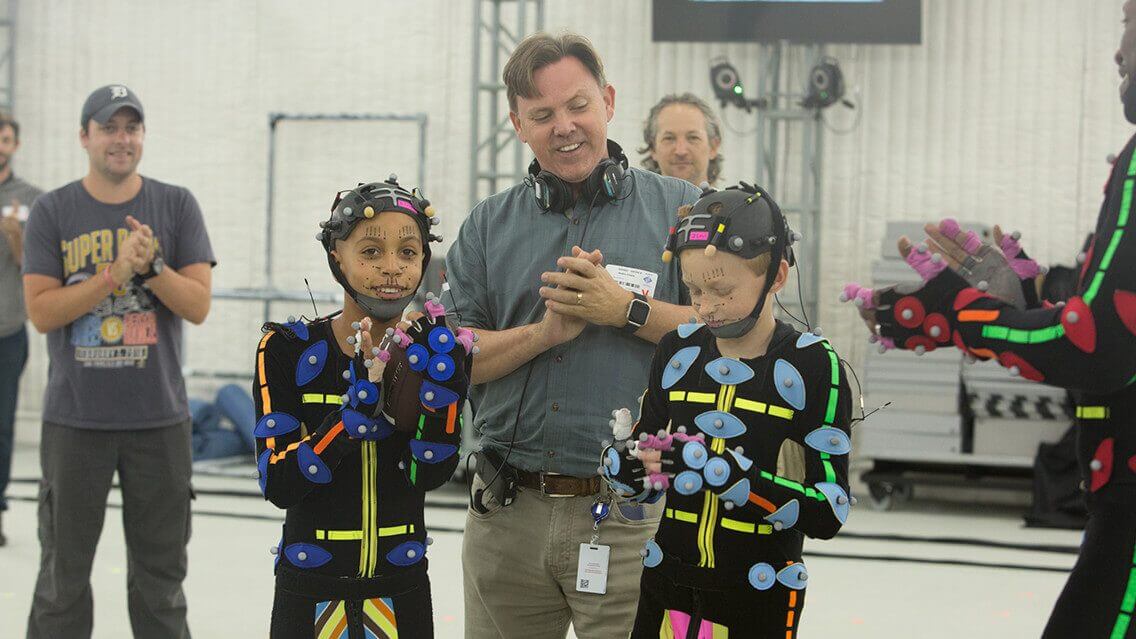 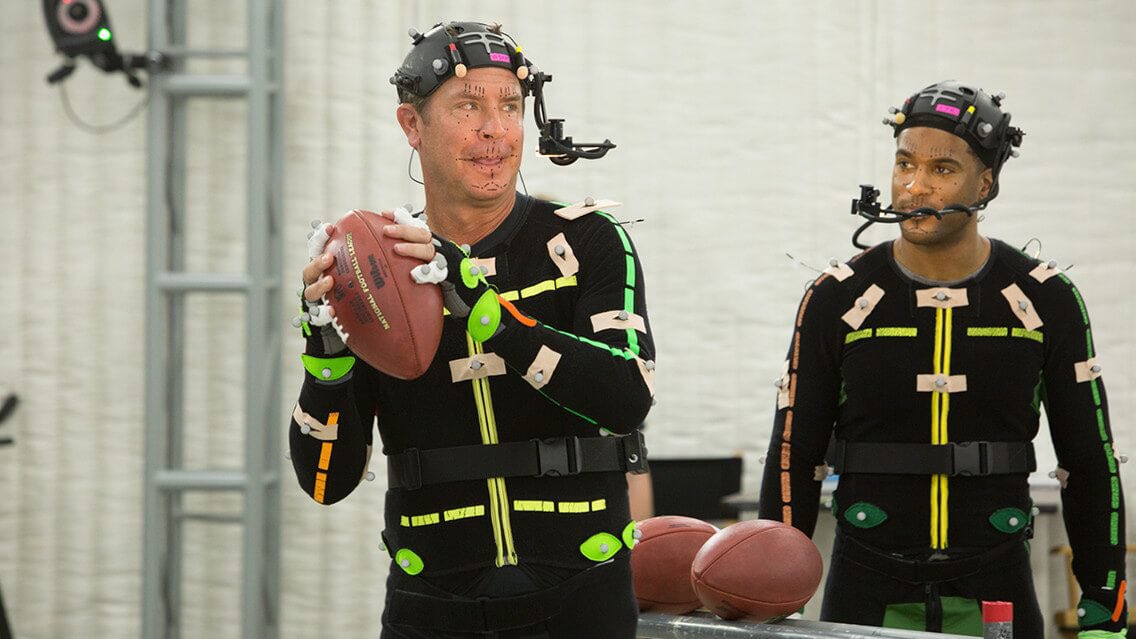 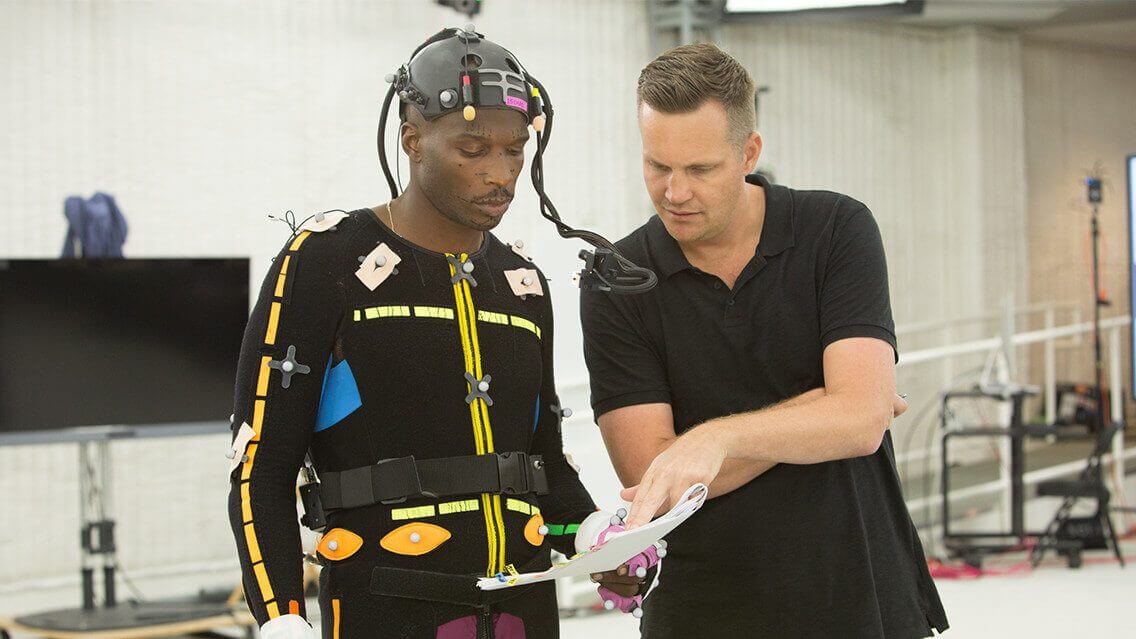 I have to say that the cinematic cut scenes in Longshot are truly a stand out. The shift to the Frostbite engine has definitely allowed the game to reach new levels of realism in its visuals. And with the addition of stars such as Mahershala Ali, Dan Marino, Chad Johnson and Scott Porter backing it up, it’s clear to see why Madden 18’s story mode packs such a punch. Longshot is a story you play and experience. This isn’t simply another linear story attached to a sports game that’s been rushed out in a year, it’s a concept four years in the making. Creative director Mike Young and producer Robin Cowie put their hearts and souls into this, and it’s extremely close to a playable movie experience.

Whilst most games shoot their content in a sound booth and animate their characters separately, Longshot took a risk and stepped out of the booth. Reacting to other performers is a huge part of acting, it’s not just about delivering lines. By shooting the motion capture whilst the cast are acting together it added an extra layer to the level of real chemistry and emotion they’ve been able to achieve here.

I could rave on about Longshot for this whole review but I won’t. Whilst it does deserve the attention (it’s truly a stand out addition to a sporting game) we need to talk about the rest of Madden 18 too.

“At its best, Madden is like a sword fight, reading your opponent constantly to find the counter for their next move. At its worst it’s a hectic day at the races.”

Although this is a whole new year, outside of Longshot, Madden NFL 18 isn’t that dramatically different from last year’s game and is very much business as usual.

Madden is a more complex game to manage and comprehend than other sports simulators like FIFA or NBA. At its best, Madden is like a sword fight, reading your opponent constantly to find the counter for their next move. At its worst it’s a hectic day at the races. You’ll need to know everything about your teams management and players. Making the best decisions for your team, memorising playbooks and adjusting your lineup each game to best suit your teams strengths and weaknesses.

Overall I feel Madden NFL 18 is geared towards competitive players. Whilst the game comes with 3 settings: Arcade, Simulation and  Competitive, there’s no denying it’s the competitive crowd that’s being drawn here. Ultimate Team Mode is where you’ll spend the rest of your time after you’ve (like me) already played through Wade’s story at least twice. It’s as well thought out as ever, expanding on previous concepts and it even works in conjunction with Longshot. This is a particularly nice touch as after playing and experiencing Devin Wade’s journey you feel somewhat personally invested in him. 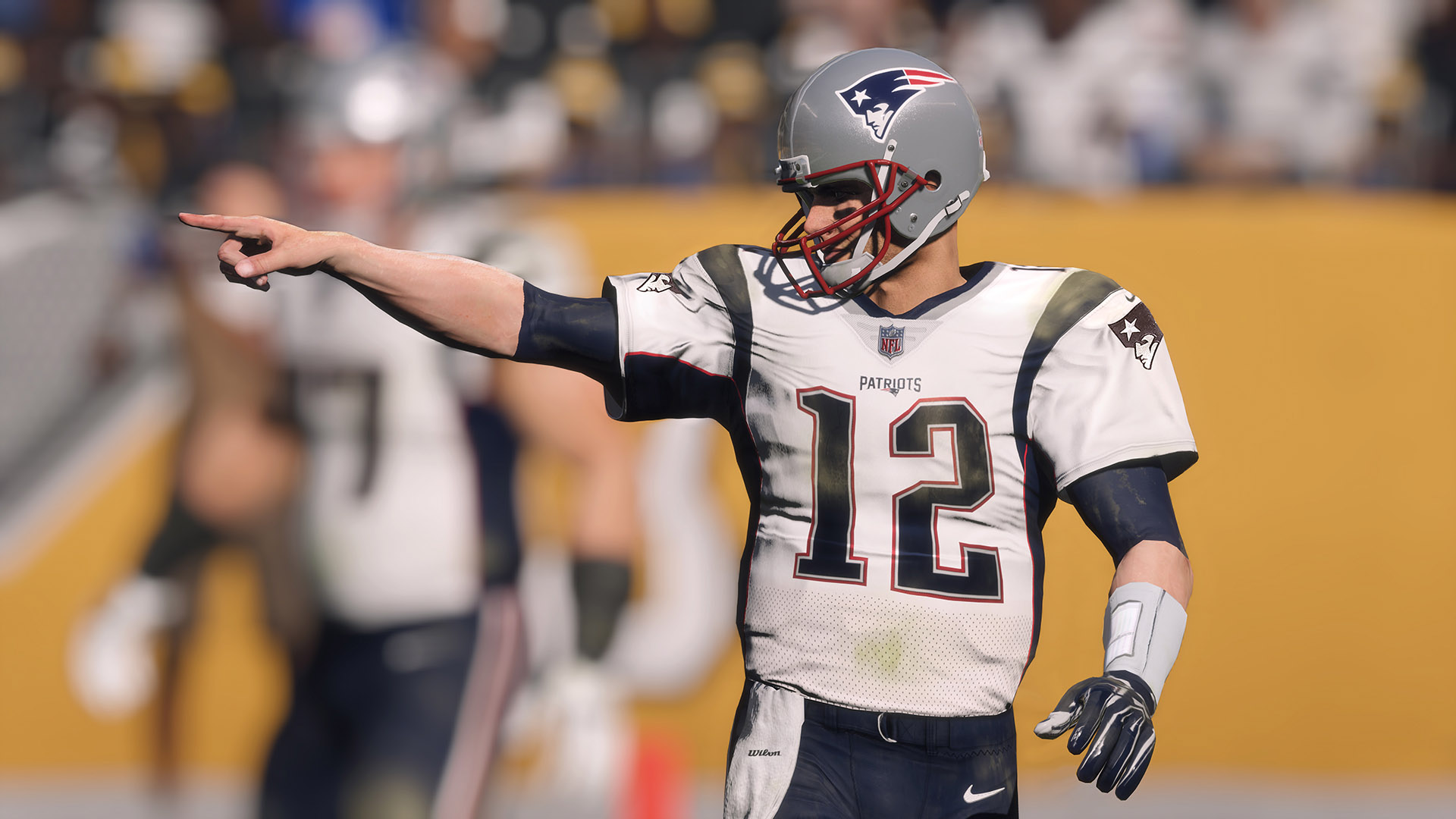 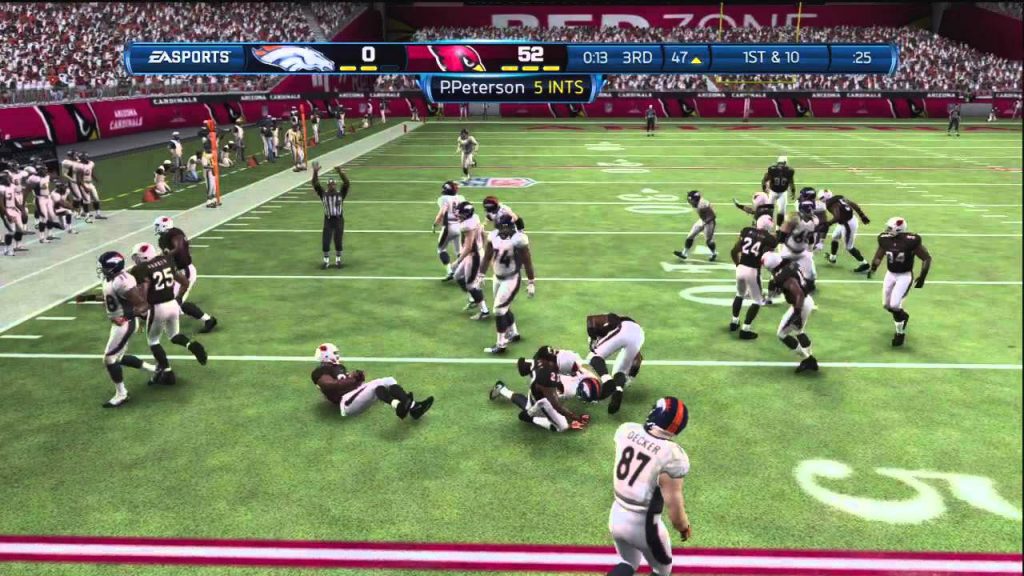 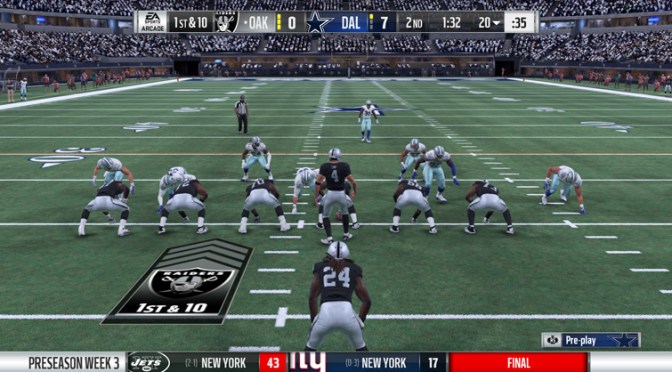 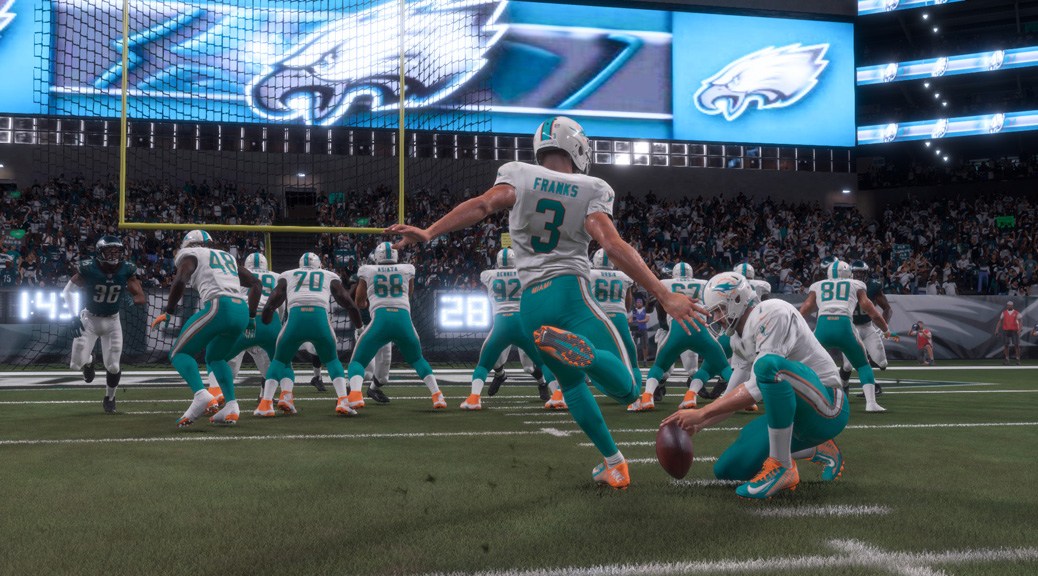 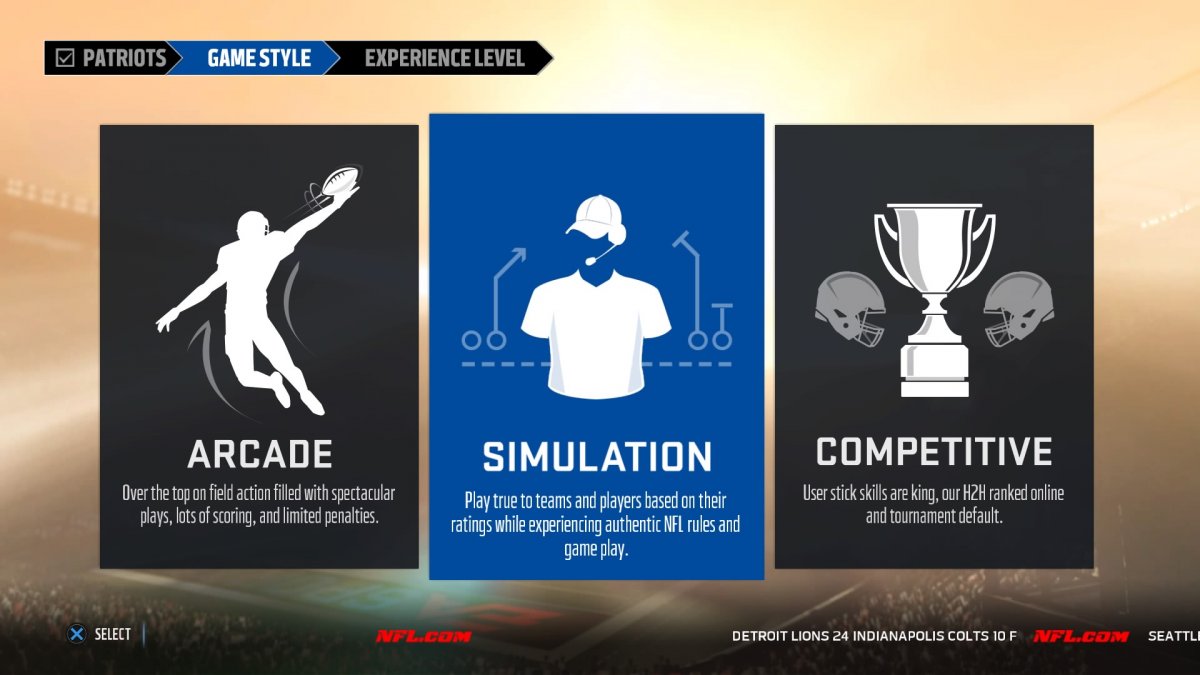 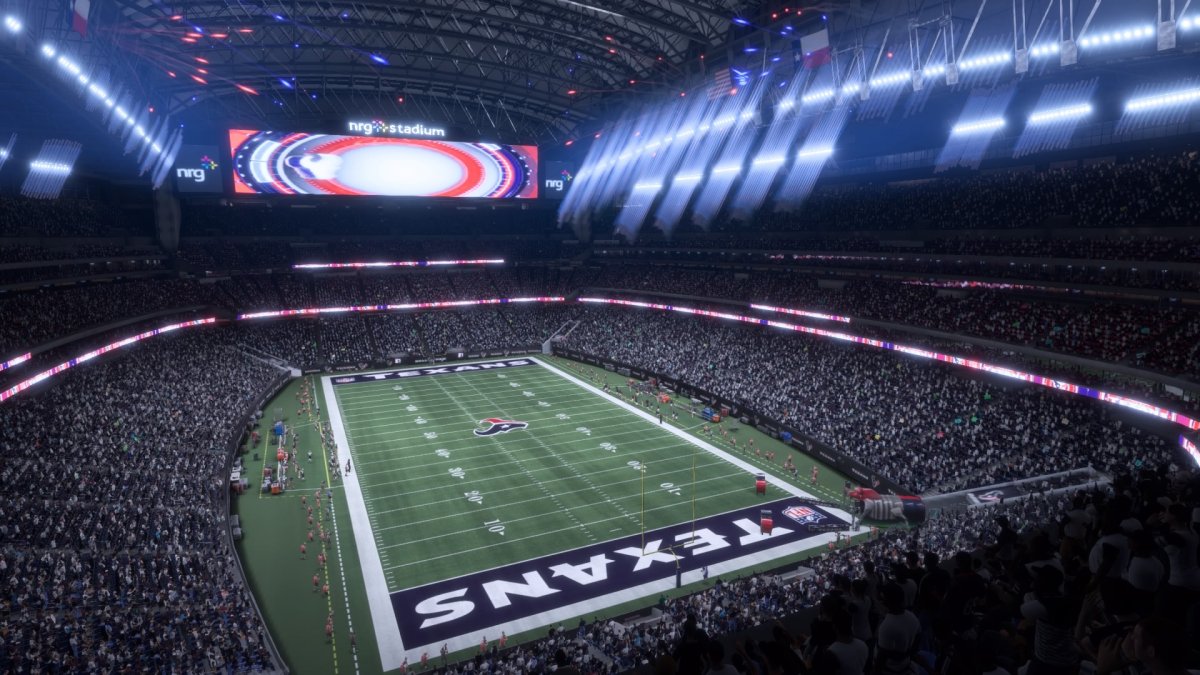 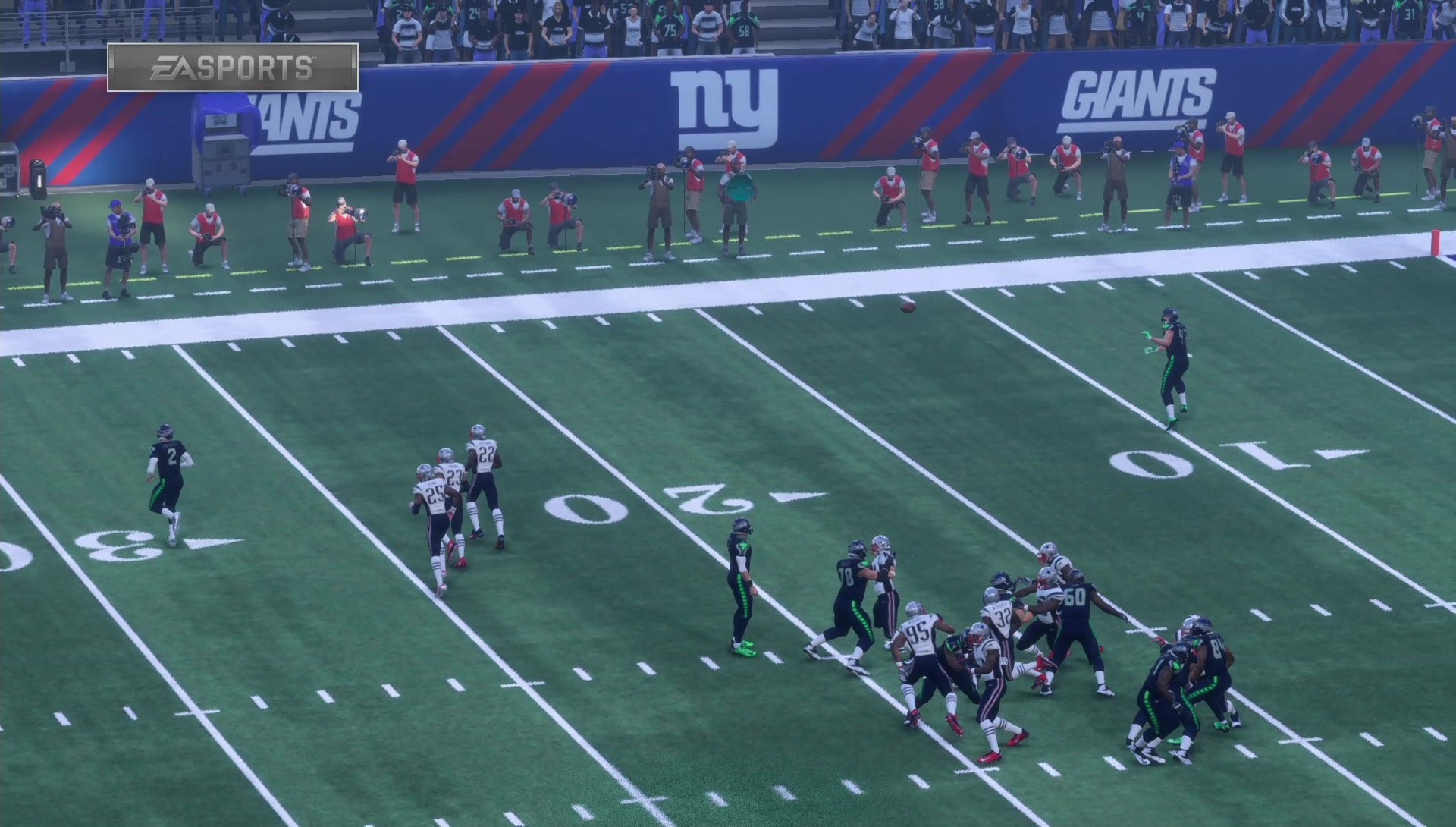 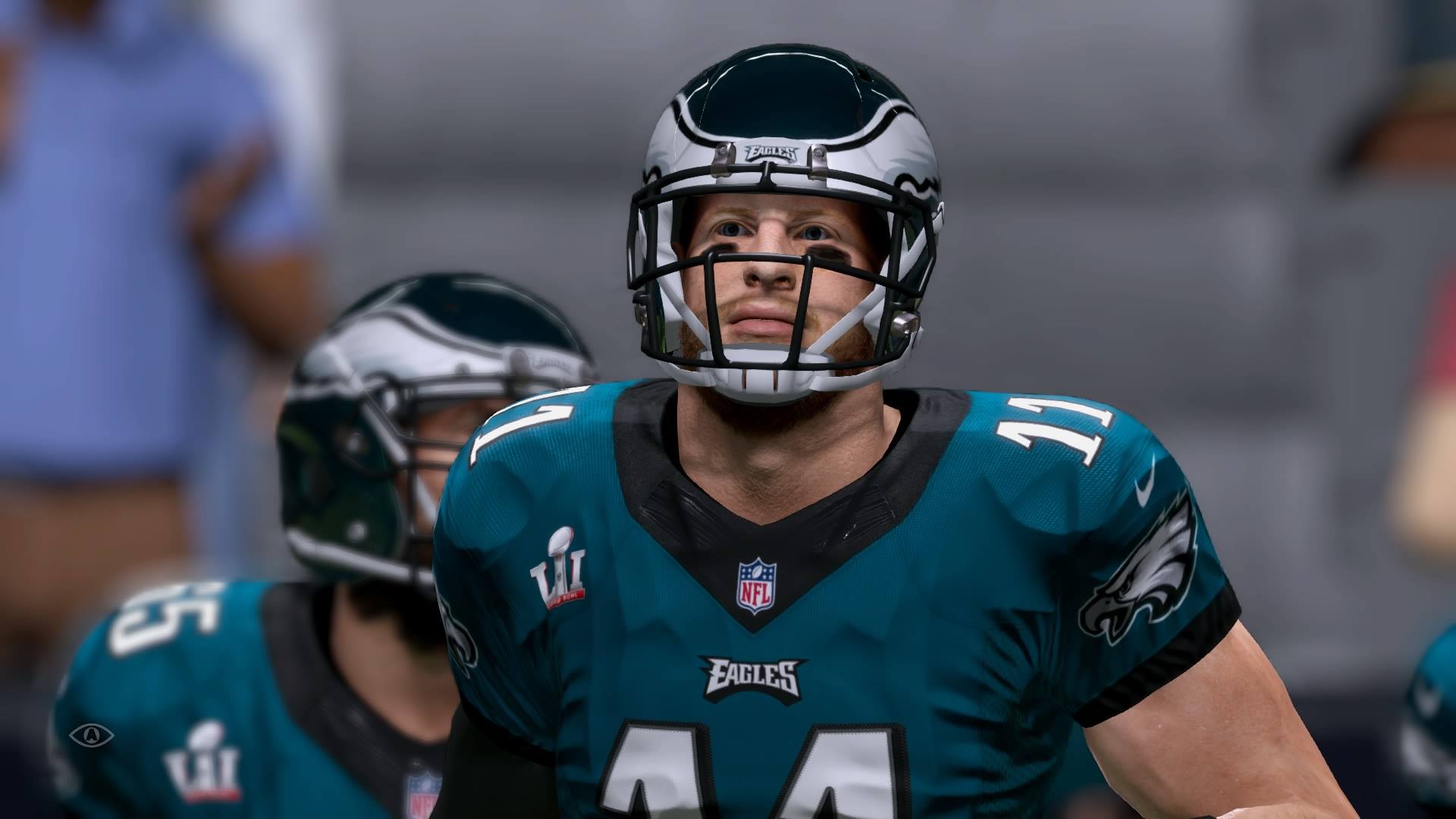 Sadly, Ultimate Team is still a grind for cards and it’s now worse than ever. With more depth through the levelling system, player upgrades and team tokens – it’s absolutely ready to grind your gears. Adding to the competitive feel is EA’s newest additions: MUT Squads. This team focused game requires the coordination of seasoned players who can run a play and stay focused. Allowing you to team up with two other players and take on another three-man team online, it’s actually an extremely fun addition to the game. Just make sure you’re playing with people who know what they’re doing first.

The addition of Play Now Live is another interesting feature that lets you play along with the actual NFL season, you even get snippets of commentary from real games.

Whilst Madden NFL 18 is a solid annual update that continues the franchise’s good form, Longshot’s moving and compelling single-player story simply isn’t enough to recommend the game to non Madden fans. But is this really a bad thing…?

Madden will always be Madden and it’s simply just not likely that we will see a drastic shift in the way sporting genre games play, and I’m ok with that. As long as the gameplay mechanics are well thought out and it’s still enjoyable, fans will continue to get next year’s Madden or FIFA. That being said if you are one to rarely grab these games due to their repetitiveness then this would be the one to get due to its advancements. Longshot is well worth your time and MUT Squads is great fun if you have a strong team.