Forza has definitely become one of Microsoft’s flagship franchises for the Xbox consoles. With its addictive simcade racing, consistently well thought out gameplay and beautifully designed graphics to draw you in, it’s easy to see why the arrival of Forza Motorsport 7 has had people so excited.

This excitement however hasn’t come without some confusion. I’m going to say this now at the start of the review so we can put it aside and move on. But I , like many others, am finding the choice to release Forza Motorsport 7 ahead of the release of the Xbox One X (arguably the most powerful console to date) just a bit odd. The Xbox One X will be releasing in November and it’s definitely out of place to be reviewing a flagship title, particularly one such as Forza (which has always been a key showcase title for the Xbox), ahead of a console launch.

All that being said, it’s extremely exciting to have a new Forza to drive manically head first into and you can be guaranteed I’ll be taking a second lap of this exceptional game once the Xbox One X is released.

This has to be the most stunning Forza, hell, the most stunning racing title I’ve seen to date! And I know this sentiment gets thrown around every time a Forza game comes out but it definitely holds true. Not to mention this review isn’t being conducted on an Xbox One X which I’m sure will only expand its visual appeal.

Similar to the start of Forza 6, Forza Motorsport 7 starts you off by dropping you head first into a series of introductory races. The idea here is to get you reacquainted with the game and accustomed to the feel of the updated handling model. Taking the role of three racing legends, you’ll recreate the highlights and changing points of their varied racing careers.

Once you move past the introductory races the real game begins, and wow was I blown away. Forza has always been an expansive game filled with your standard Career Mode to speed your way through, and additional side content such as Online, Free Play and more cars than a dealership. However Turn 10 have gone all out this time around with even more content and game modes to drive Forza fans into a frenzy.

Two features that are new to Forza 7 include dynamic weather  and customisable drivers (both previously seen in the Forza Horizon titles). Whilst the driver customisation isn’t all that in depth, it’s a nice addition to the game and something to look forward to beyond car liveries. There’s also the introduction of Prize Crates or as most of us will know them better, Loot Boxes. These contain various different contents depending on the crate and can include items such as mods for racing or even new and different uniforms to put on your driver. Sure the driver uniforms are all cosmetic, but you can show them off online so that’s more incentive right there to start expanding your racing wardrobe. 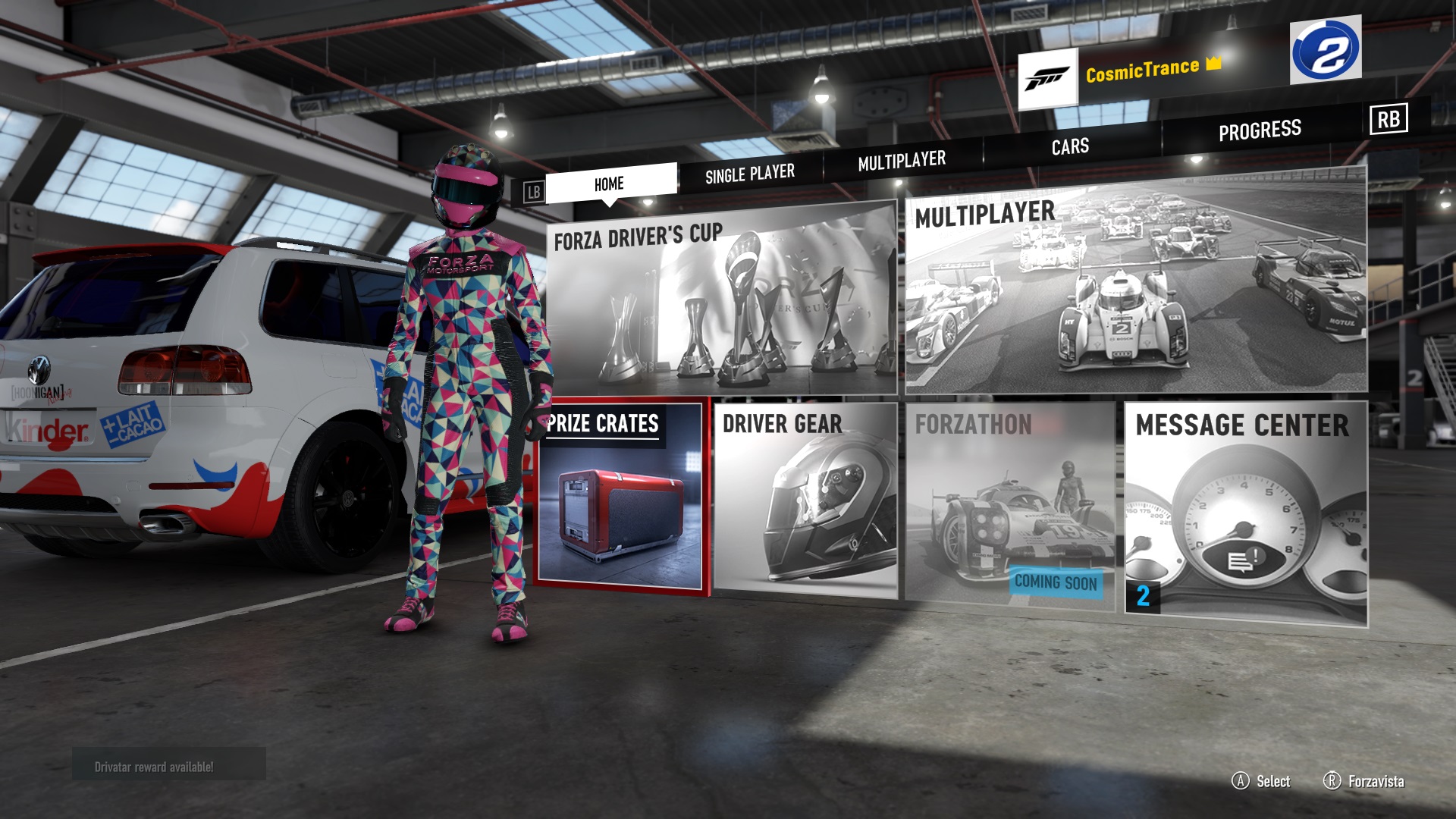 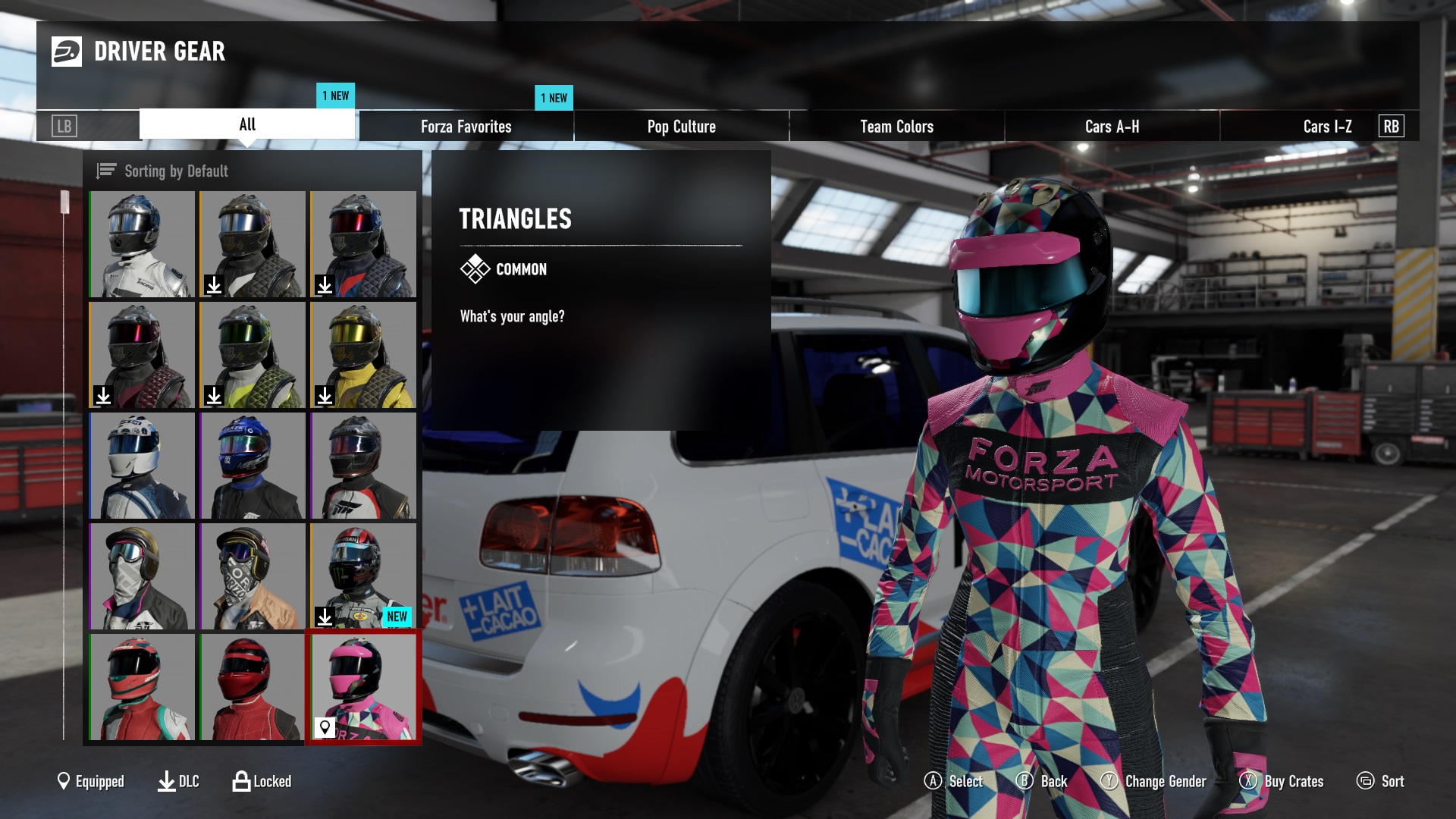 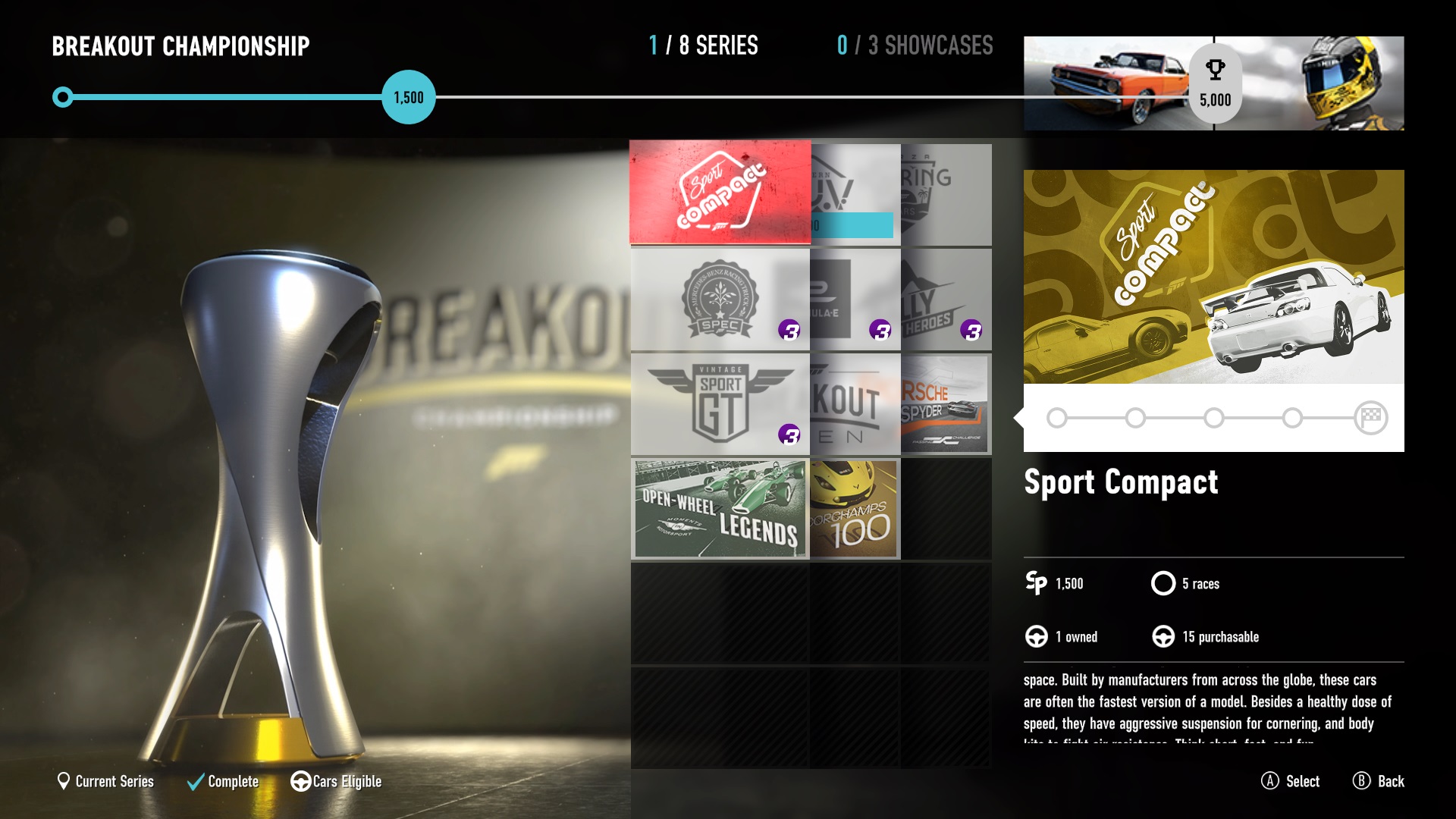 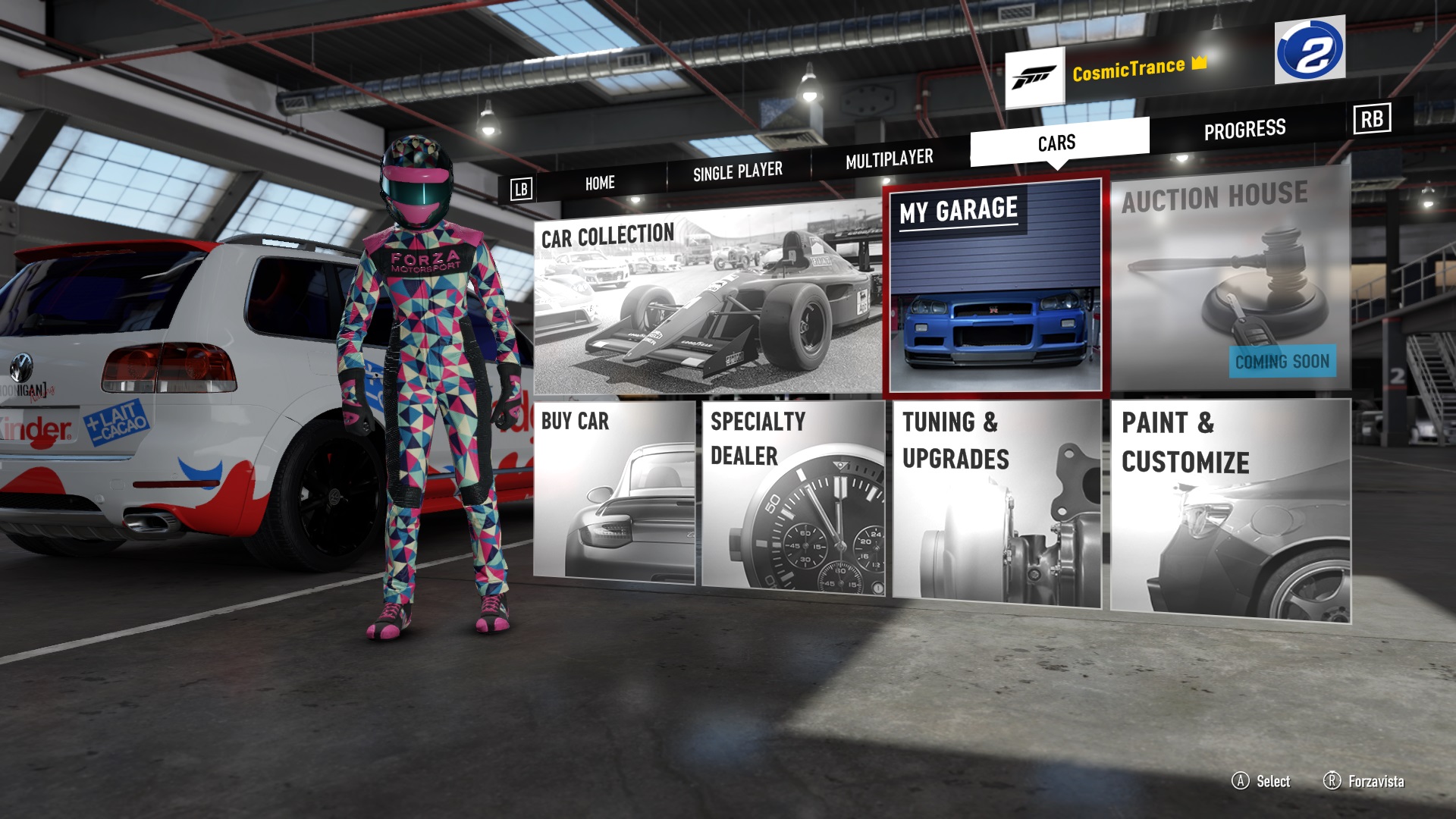 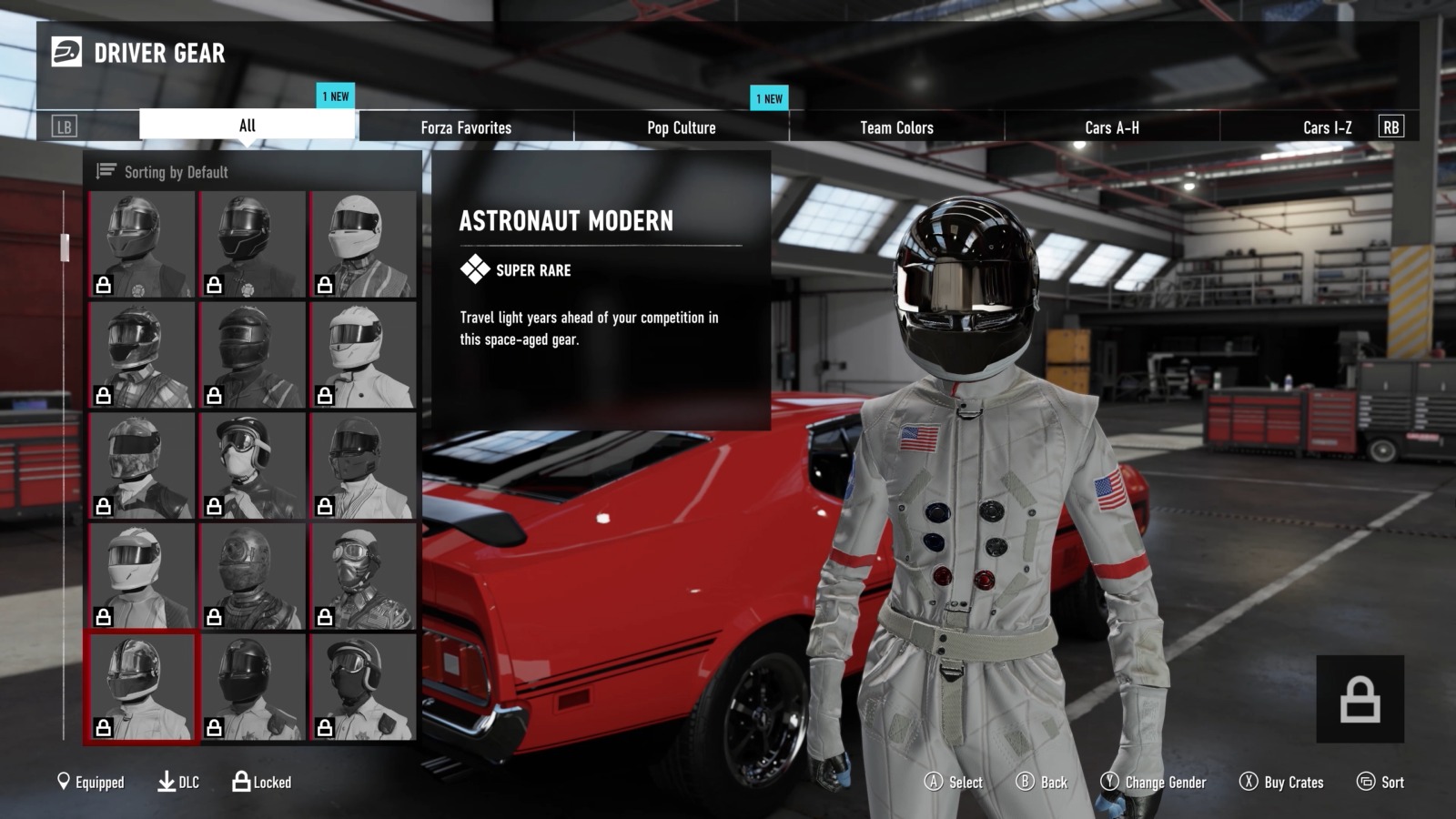 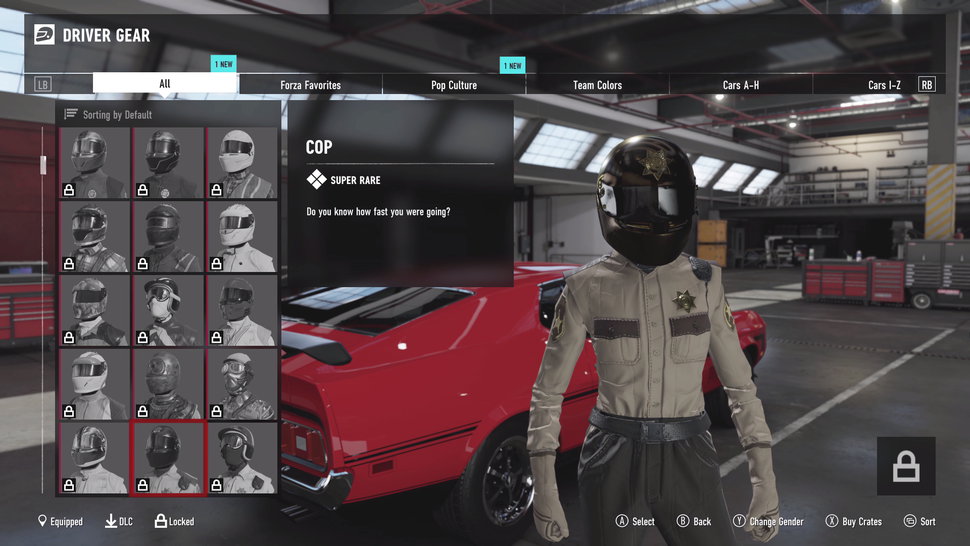 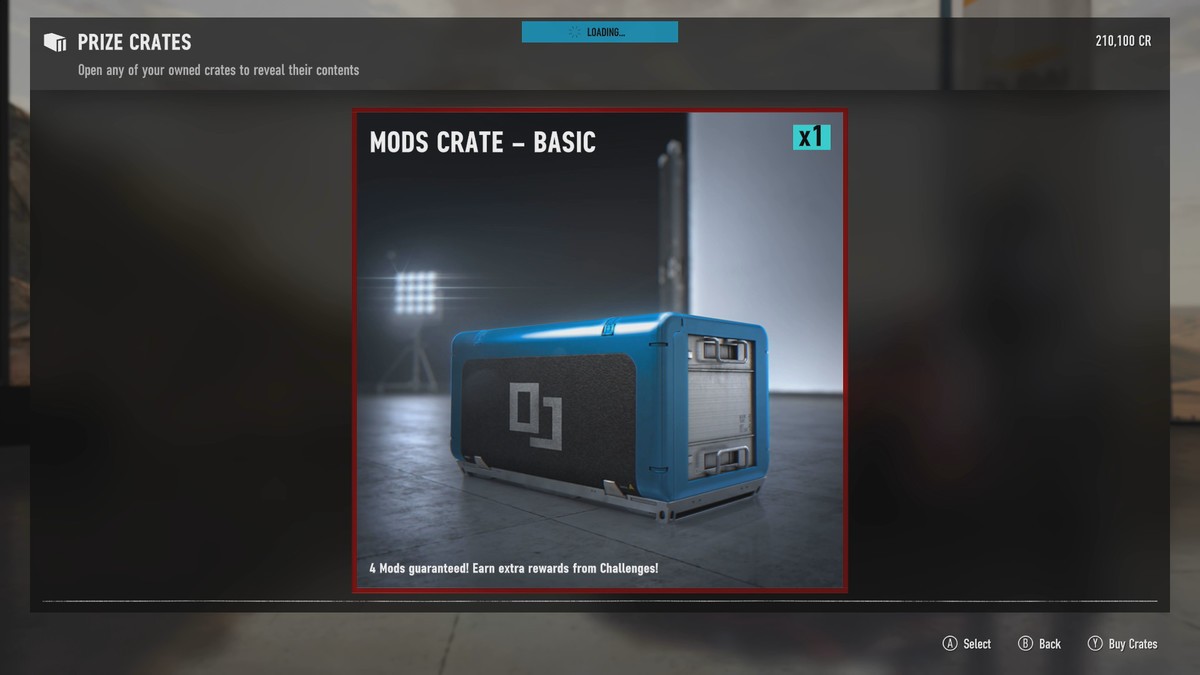 The first section of the Forza 7 Career Mode asks you to select your gender. Whilst this has no relevance to the driving side of things, it was personally nice to be able to select my gender in a racing game and see equal representation. Your first bit of gameplay in the career mode has you racing a varied selection of cars, from limo bowling, over powered side x side vehicles, to the ever faithful hot hatchbacks. Naturally I started with the hot hatch, choosing my always reliable and must have first pick of the VW Golf, a 2014 VW Golf R to be precise.

As is the way with the Forza franchise, all of my game settings have been simply imported across from my previous gaming sessions, be it from Forza Horizons 3 or Forza 6. This made it that much simpler to just put my foot down (so to speak) and go. Which leaves me wondering why more game franchises don’t take advantage of this. It wasn’t long before I was driving my way to victory and solid podium finishes and being rewarded with cars for completing challenges. Blitzing my way through I soon cleared the first section of the career and cleared the Seeker Championship, it was here in the Breakout Championship that I discovered my true calling as an SUV driver!

Once again I was offered up an allotment of cars from which to choose and once again I picked a Volkswagen. After picking my 2008 VW Touareg R50 I was given the choice of a livery for the vehicle and saw the gem which now graces my car. I am of course an oversized Kinder Surprise. Please refrain from smashing me to pieces to get to my surprise. Unable to contain myself I was giddy with the sound of my 5L V10 engine as it roared its way around each track in the SUV class. I was like a child making car noises and smiling with glee as my happy little Kinder Surprise drove to victory.

But it’s not all about my SUV obsession. You’ll be happy to know that the campaigns career mode is rather extensive and has six different categories on offer which you’ll unlock as you progress. The game still features the one off “showcase” events and in Forza 7 they’re more varied and vibrant than ever before. Topping all this off is an extensive range of DLC and the largest opening game car line-up we’ve seen from the Forza franchise in quite some time. 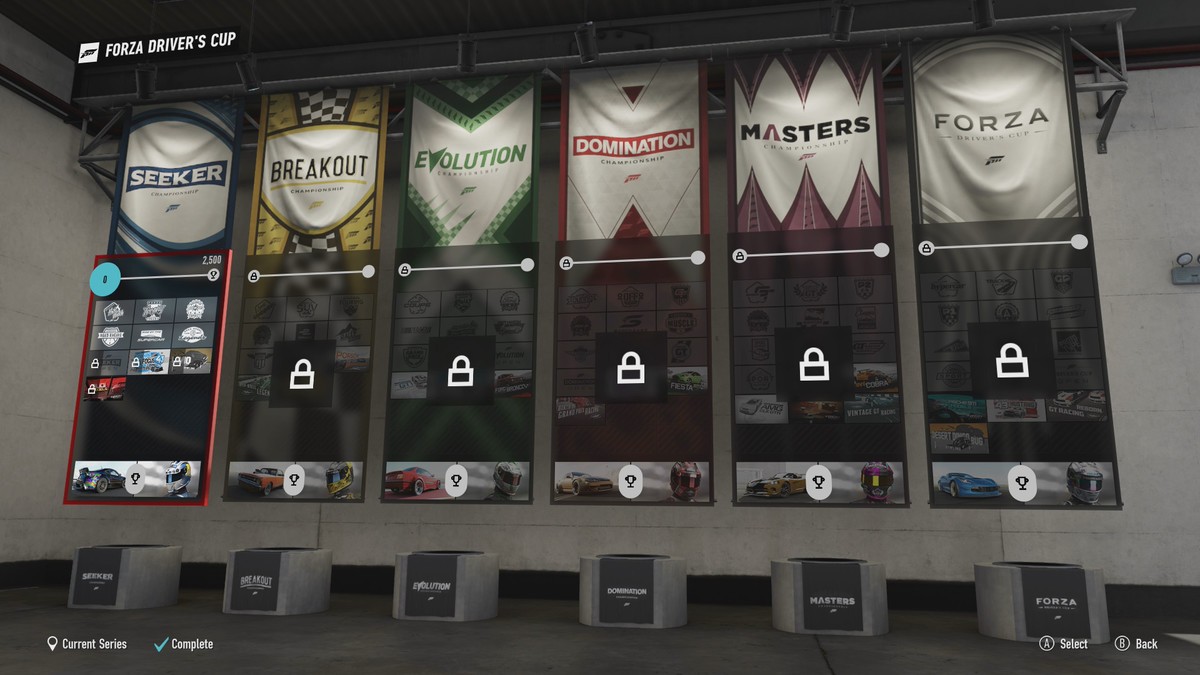 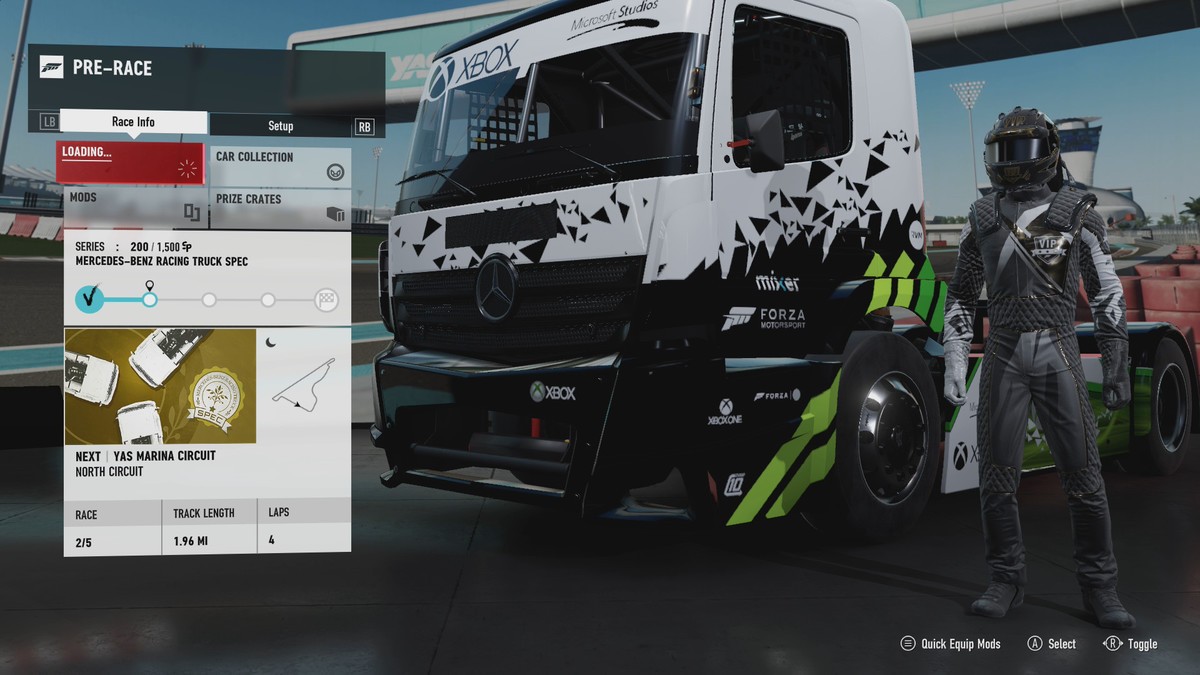 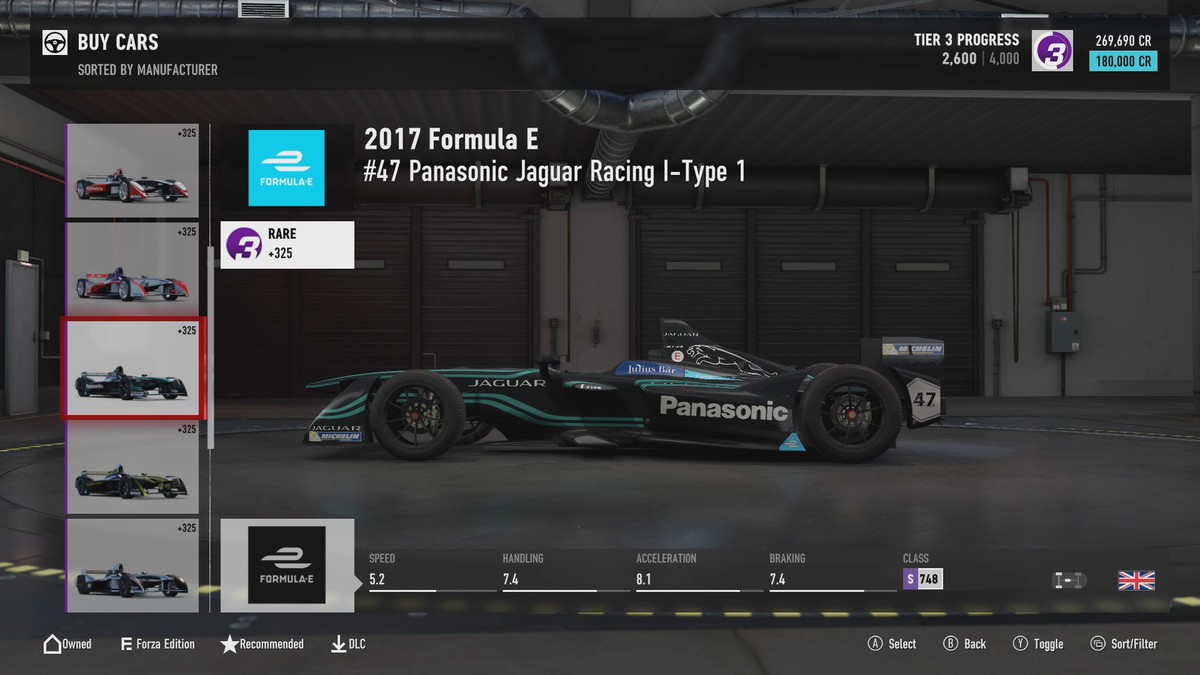 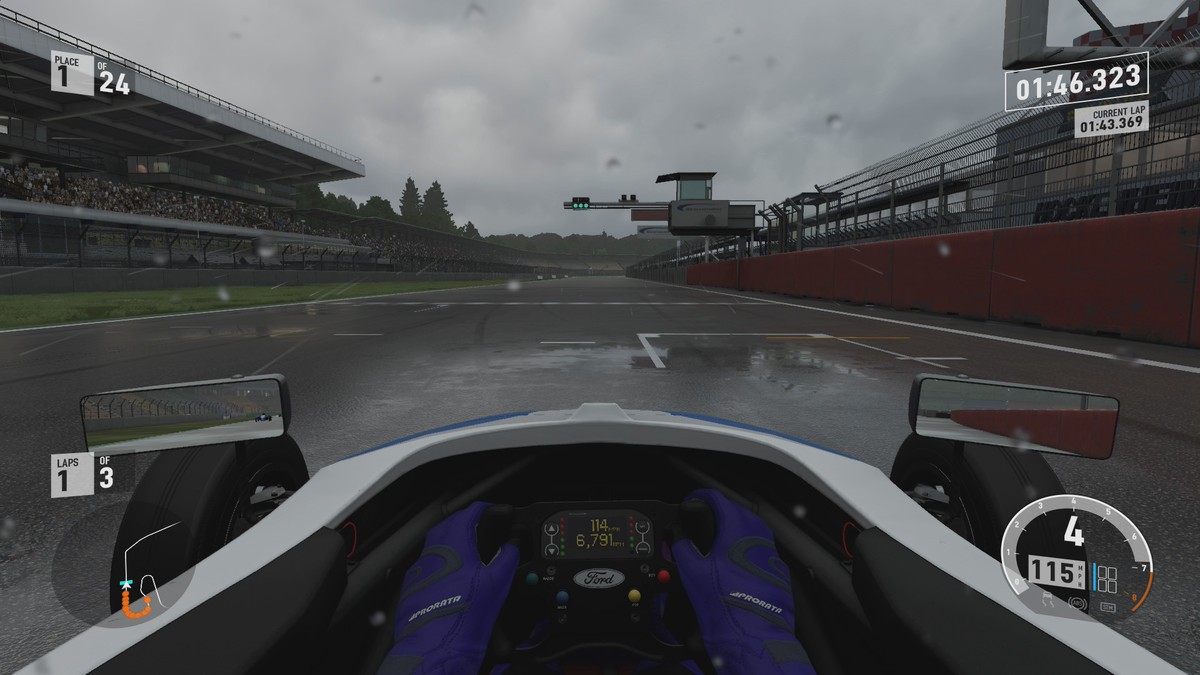 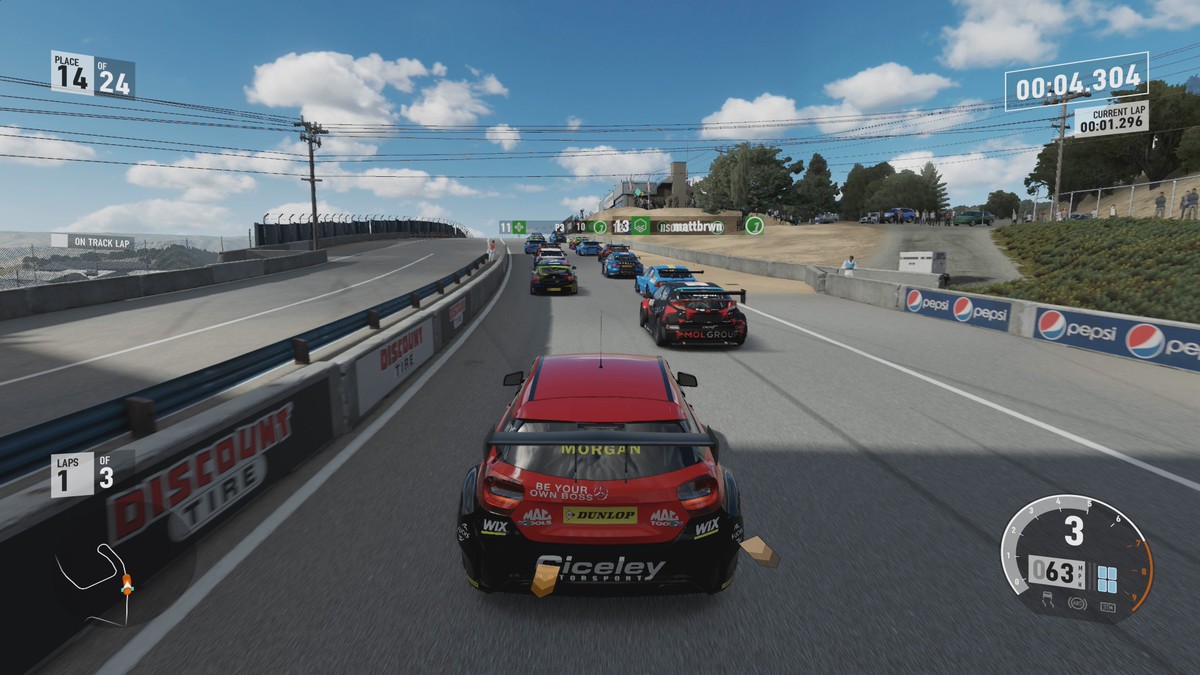 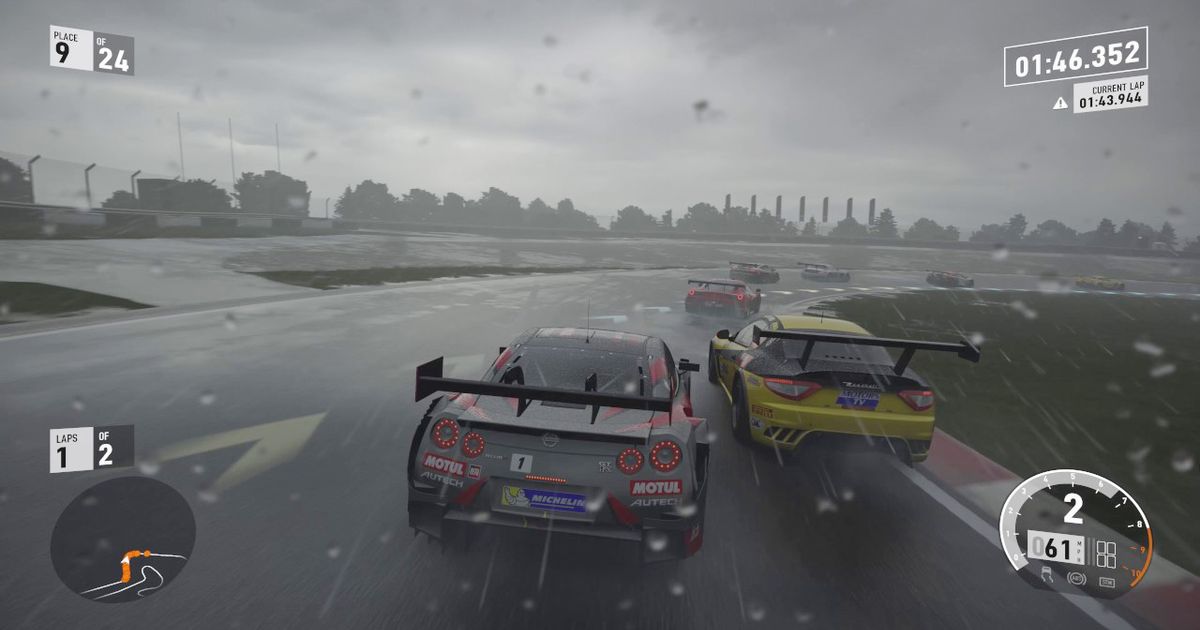 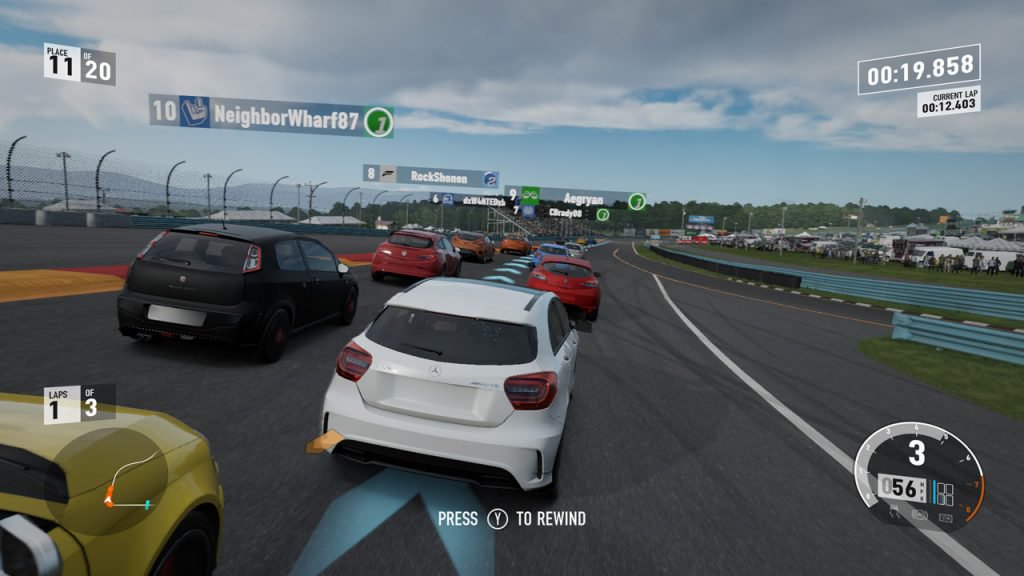 In Forza Motorsport 7 they’ve reworked the Championship point system again taking all the best bits from the Forza 5 system and leaving the worst from Forza 6. Much like in Formula One, points are earned over the course of each race with a winner decided at the close of the Championship. Earn enough points and get yourself a trophy as well as unlock the ability to move onto the next championship.

Turn 10 have also incorporated this progression system into the way cars unlock throughout the game. Divided into tiers, you’ll need to up your car collector rank to buy certain vehicles. However buying or unlocking cars within each tier will also add points to your rank. Collect enough cars from each division to unlock the next one, the principle being simple: higher division, better cars. This new system by Turn 10 means that everything you do in Forza 7 is building towards something else. Gone are the days of going from race to race, now you’ll be racing towards your next unlock. Will it be a shiny new car, a bundle of money, a new racing suit or have you simply just unlocked the next exciting championship?

Unfortunately, I have a few small gripes with the Forza 7 career mode. Whilst I can’t rave enough about the games graphics and overall gameplay, I did have a few moments where I felt like either the development team had missed a key element or a line of coding had gone astray.  One of those particular moments came early on in my driving career in a race that starts out at night and ends at dawn.

“had I not been driving in a complete panic due to my total lack of headlights, I’d have been awe struck. “

Firstly I want to state that visually this was stunning! And had I not been driving in a complete panic for my life due to my total lack of headlights, I’d have been awe stuck. Secondly I also want to state that whilst I’m perfectly aware that dawn was approaching (and this might have been the developers reason for the lack of headlights), I was still driving blind. There was a complete lap and a half where I was driving in total darkness with not a single guide as to where the corners or the road had disappeared to. All in all this definitely feels more like a game bug and one I hope is soon rectified.

One of the great things I’ve always enjoyed about the Forza games is the level of customisation and detail it offers gamers when it comes to their vehicles and the races. Forza 7 is no different. There isn’t a single part of your car that doesn’t have an upgrade available to it and I was able to tweak my vehicle right up until the moment I raced. Mods are also available and can be added before a race and I was even able to alter the race parameters if I really wanted.

Outside of the Forza 7 Career Mode, gamers are offered various single player modes and a unique multiplayer experience. Multiplayer will consist of several modes for racers to shred their tyres on. This includes leagues and community driven events designed to keep it fresh, Turn 10 are definitely looking to rev up things online this time round.

Turn 10 have not failed in delivering us an absolutely stunning game. Forza Motorsport 7 is not only visually dynamic but offers up a fresh dose of simcade racing that’s accessible to all levels of gamers. I’ve greatly enjoyed my time racing and have often found myself lost in some odd moment of childhood glee as I drive a particular vehicle. I’ve also eagerly been going from race to race to continue unlocking more cars and suits for my driver, she’s got to look her best after all.

And it’s only the beginning! Multiplayer will soon start to take off, the auction house will open back up and the release of the Xbox One X  is just around the corner in early November. Forza 7 is only going to keep looking better and playing better.