Inmates Review – Locked up and locked in

If you know me at all, you know I’m a big horror fan. I’ve got a shirt that just says ‘horror’, I’ve got a Silent hill 2 tattoo, and I pretty much exclusively watch horror films. So, psychological horror games? My thing.  And Inmates is a psychological horror set within a prison. The premise sounded interesting, so I dove in ready to get my spook on.

Inmates is absolutely gorgeous to look at.  It’s got the kind of lighting I love- warm orange lighting that reflects well off everything. The first thing I really noticed, apart from the lighting, was the fact that every single cell within the prison (and there are quite a few of them) have different textures on the walls. 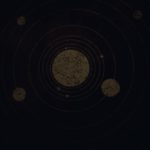 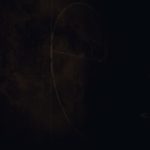 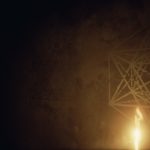 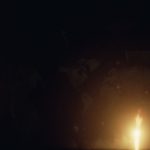 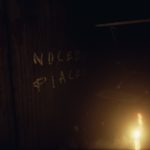 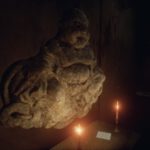 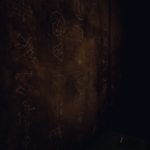 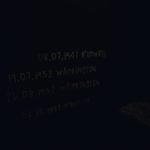 Initially, this doesn’t seem like anything worth commenting on. But this game was pretty much solely made by one man (excluding voice acting and music production) so the level of detail that went into pretty much every texture is outstanding.

I spent a good portion of the game getting off task and wandering around exploring and staring at the walls.  I greatly enjoyed all of the hard work that had clearly gone into the game, and it really warmed my heart, so I wanted to admire it.

But, In my wanderings, I found this: 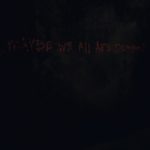 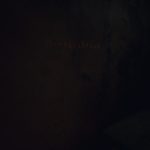 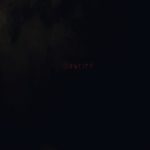 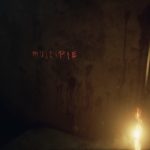 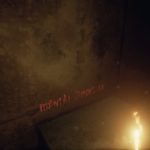 “The ‘true horror’ of Inmates, is mental illness. A tired, inaccurate, somewhat insulting and overdone trope.”

While this game is visually stunning, it quickly fell into a horror genre trap. That is, the ‘true horror’ of Inmates, is mental illness. A tired, inaccurate, somewhat insulting and overdone trope. Inmates may take it in a slightly different direction by examining Dissociative Identity disorder (DID), but it handled it extremely poorly.

Mostly, it treated the disorder as an easy plot device to explain why a character was murdering someone, rather than actually trying to understand and represent the disorder accurately.

The story slipped away at that point. It became predictable, and the ‘twist’ was not really a twist because anyone familiar with DID could see it coming.  This really left a bad taste in my mouth and I started roaming the halls with significantly less enthusiasm.

The story did not pick up, as predicted, and I was left disappointed. At best it was a poorly thought out twist, at worst it felt like a jab at those suffering from DID.

There were parts of the story that did stand out, and those were the dream sequences. Dream sequences can go horribly wrong, or very right in horror games, and Inmates absolutely got it right.

With genuinely unsettling effects, these parts stood out to me as some of the highest points of the game. They were solidly horrifying and also well made. With a few more of these unsettling, brain bending parts and less stigmatising of the mentally ill, Inmates would have definitely stood out as an amazing horror game for me.

These dream sequences only happened after getting ‘caught’ by the guard, so rather than fearing the guards, I welcomed them with open arms as my character screamed in fear.

The level design is a massive strong point for this game. It’s tight and confined without being repetitive in an annoying way. There are three stories in your prison, and each is packed with interesting little areas, well designed and suitably creepy.

Every hallway managed to have me on edge. They were long enough to give me anxiety about what else may be coming but short enough that it wasn’t frustrating.  It felt neat and well laid out (kind of like a real prison should). It clearly had a lot of work put into the layout, and it really shines.

“it often meant I spent a lot of time profoundly un-scared.”

Unfortunately, this brings me to my other main issue.  Inmates is rife with cheap jump-scares, so my trips down the long corridors would lose all sense of tension after a figure jumped out at me, or an unnecessarily loud noise boomed.

And since I enjoyed running into the guards because they moved me towards the psychological dream sequences, it often meant I spent a lot of time profoundly un-scared. There isn’t any real danger, nothing is particularly at stake except the threat of a jump-scare, and once the first one happened, all tension was lost.

All in all, Inmates was not a bad game. It was incredibly well made, with a lot of work  put into it.  Despite my personal annoyances with the jump-scares and story elements, the scares were actually quite effective, and the story was consistent within its own lore. Everything made sense, everything wrapped up neatly, if a little clumsily, through dialogue.

While this isn’t the kind of horror I appreciate, for the jump-scare lovers out there it might be a lot more engaging.

Inmates is about 3 or 4 hours of atmosphere with some horror thrown in. It’s definitely strong on its production and overall build, but its story and jump-scares make it fall flat for me.