Yo-Kai Watch 2: Psychic Specters is one of the most enjoyable RPGs I have played on my 3DS in quite a while.  And this took me completely by surprise.

I am a huge fan of anime and RPGs but for some reason I never looked into the Yo-Kai Watch franchise.  Perhaps I just thought I was too old for it, but I knew of its popularity based on the numerous video games already released, merchandise and toys seen in stores and the anime show continually coming up in my recommended viewing list on Netflix.

The backstory of Yo-Kai Watch is quite simple:  Yo-Kai are spirits which inhabit every aspect of our lives and generally cause mischief, from sleeping in to causing arguments.  Humans do not normally see these Yo-Kai, unless you are in possession of a Yo-Kai watch, a device that not only visualises these spirits and enables communication, but allows you to summon Yo-Kai if they gift you with a special medallion.

Although there is an overabundance of cuteness and humour, some of the stories behind these Yo-Kai are actually quite dark.  For example, the cute cat Yo-Kai named Jibanyan was hit by a truck and after hearing his owner’s dismissal spends his ghostly days fighting traffic in a vain attempt to win back her love until he learns the truth of his demise.

The game follows the anime and manga extremely closely at the beginning, with the premise that conniving spirits steal the protagonist’s Yo-Kai watch,  wiping his or her memories.  So, learning how to play the game is actually part of the storyline.  You then embark on an adventure to collect Yo-Kai, solve mysteries and puzzles, and travel to the underworld and even back in time.

You can befriend Yo-Kai in many different ways, and while there are less Yo-Kai in this game than other pocket monster games, there is considerably more effort required to acquire a new Yo-Kai and each acquisition feels like a reward.  As with the previous two games, you make choices which limit the Yo-Kai you can collect, and while this is common in many games, I would much rather a game with no limits.

“Although Psychic Specters is a stamp collecting game, do not think it is a Pokémon or Digimon clone.”

Although Psychic Specters is a stamp collecting game, do not think it is a Pokémon or Digimon clone.  In fact, these franchises could do well to learn a lesson or two on how to create a rewarding RPG experience. For a 3DS game, there is so much to do, and even tasks like bug catching are made to be challenging and fun, and the addition of tasks and abilities such as being a crime fighter or creating new forms of Yo-Kai continually adds depth to this game.  If anything, the overabundance of actions makes the menu system quite intense, and I found myself focusing on the given quests rather than other ‘daily tasks’.

The battle system is novel and solves the problem of repetitive fight scenes that plague games of this genre.  You can have six Yo-Kai in your battle party, with three fighting at any one time.  True to the anime, you can’t control what the Yo-Kai will do.  They may inspirit (possess) the opponent, fight, heal, cast spells, or just loaf around.

What you can do is tell the Yo-Kai to target an opponent, charge up a Yo-Kai ‘Soultimate’ move, or move around the roster during combat.  Each Yo-kai has a particular type, called a tribe, and grouping members of that tribe together conveys benefits. The various cut-scenes during and outside of battles are hilarious and add to the overall anime feel of the game.  Psychic Specters does well to make you feel like you are in a TV episode.

What impressed me most about this game was moving about in the world.  The graphics are crisp and there is a fluidity that surpasses Pokémon Sun and Moon, with an additional level of interactiveness – for example, cars will stop and honk at you if you get in their way, and even crossing the road is an avenue for punishment if you jaywalk too many times.  The landscape changes based on the weather and the time of day, and adds to the beautiful charm of the entire game.

While you do not need to know anything about Yo-Kai to enjoy this game, I felt it did pay to watch at least a few episodes of the anime.  All of the main Yo-Kai in the show are available to collect, and there is an additional layer of excitement when you guess which Yo-Kai is about to be introduced based on the scenario. 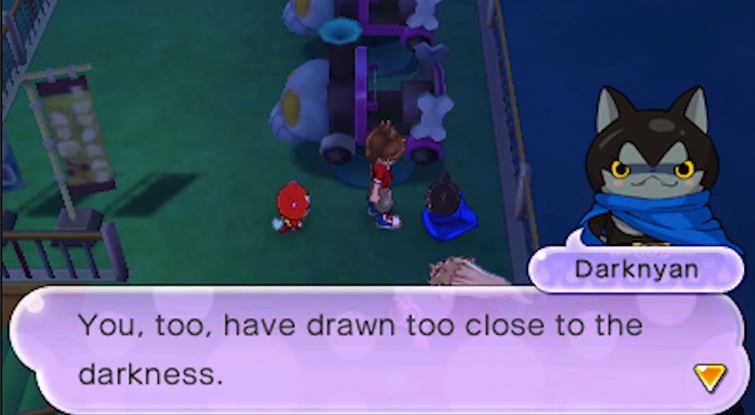 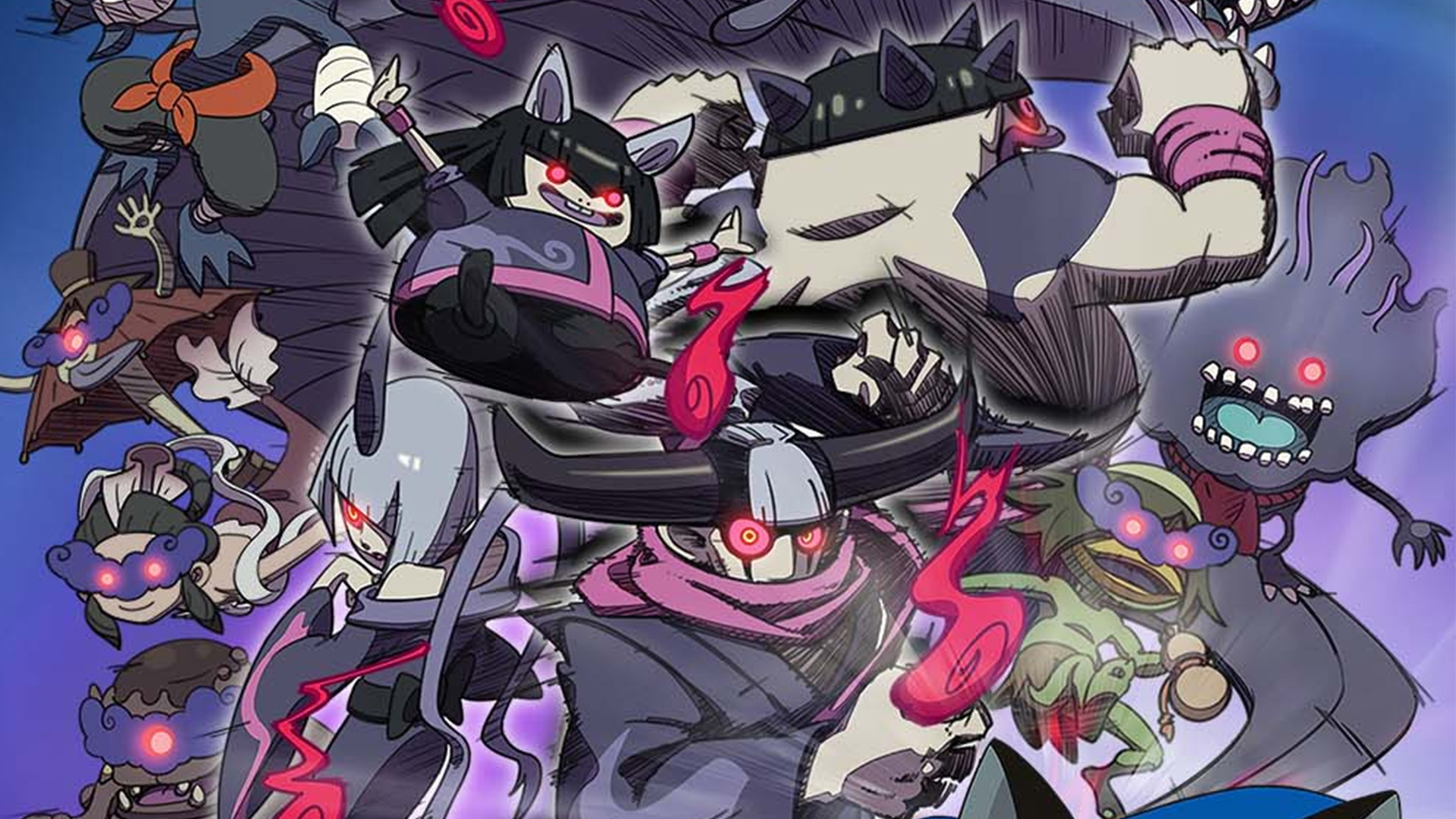 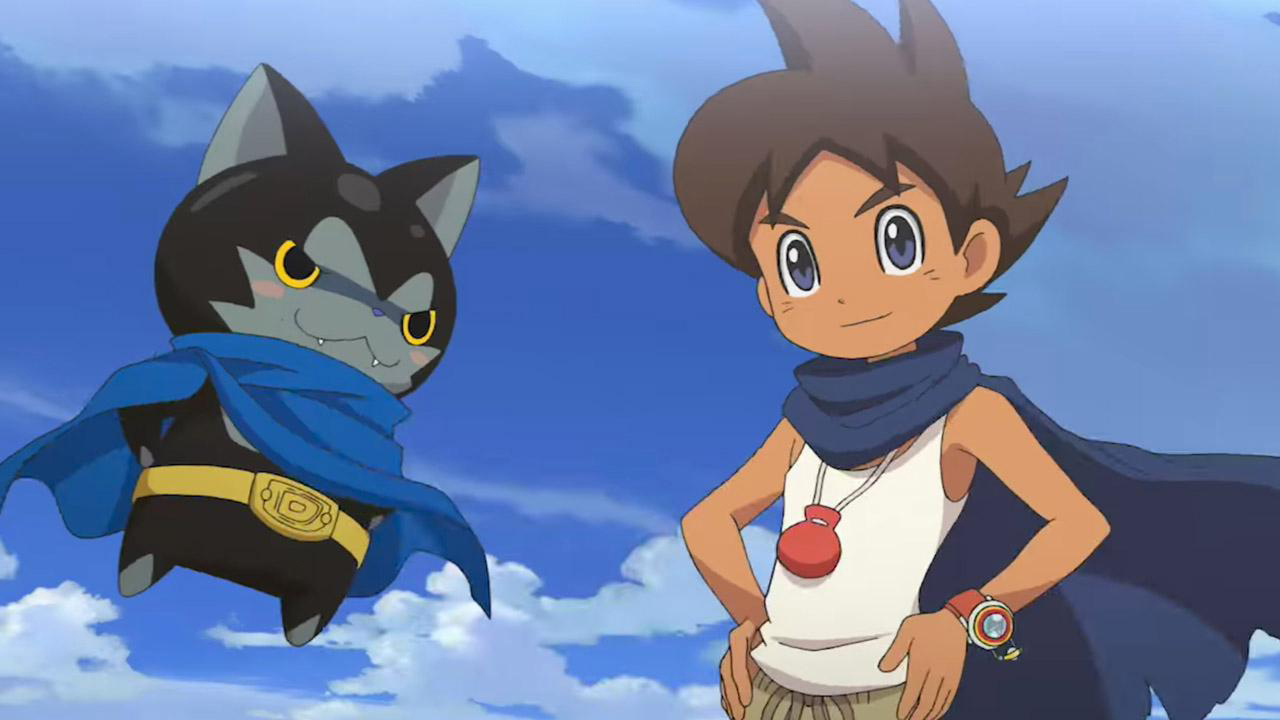 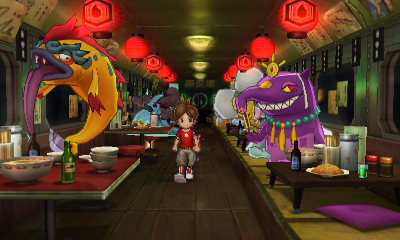 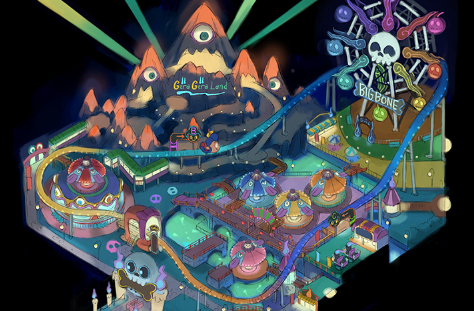 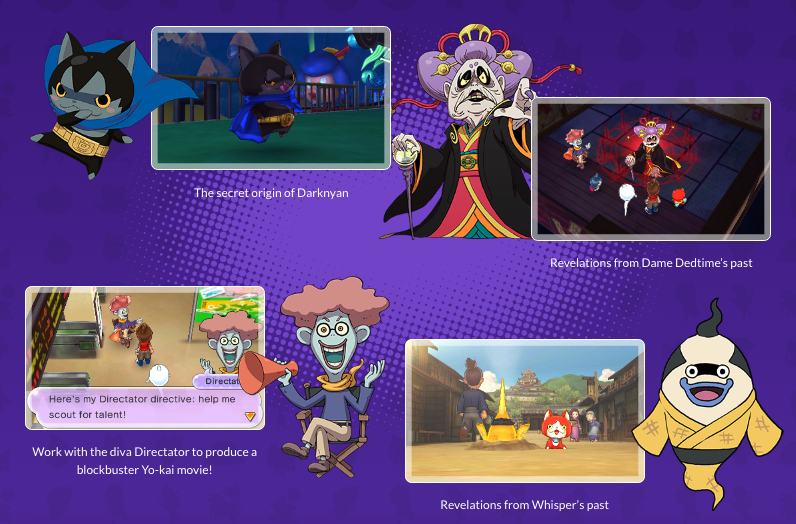 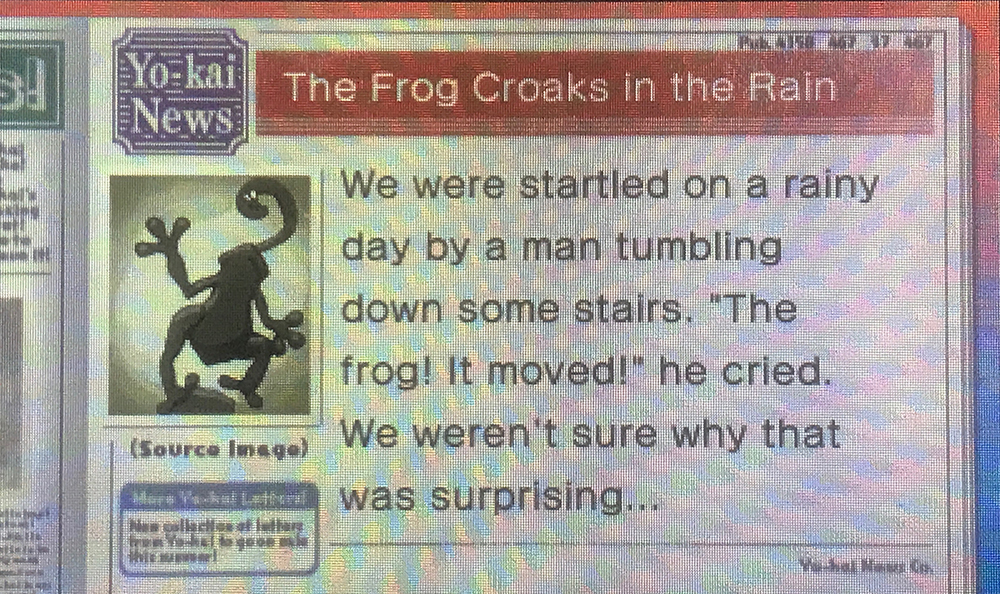 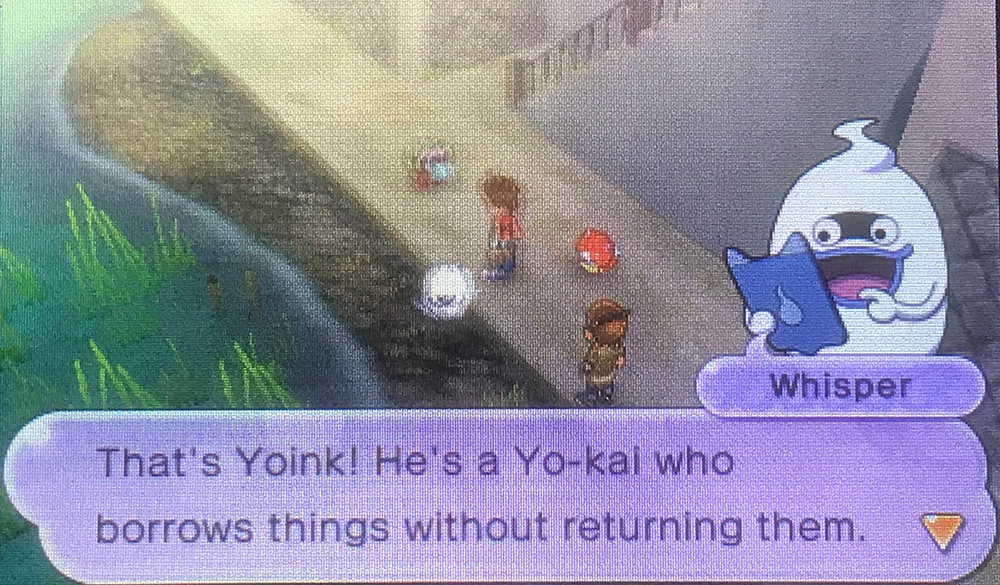 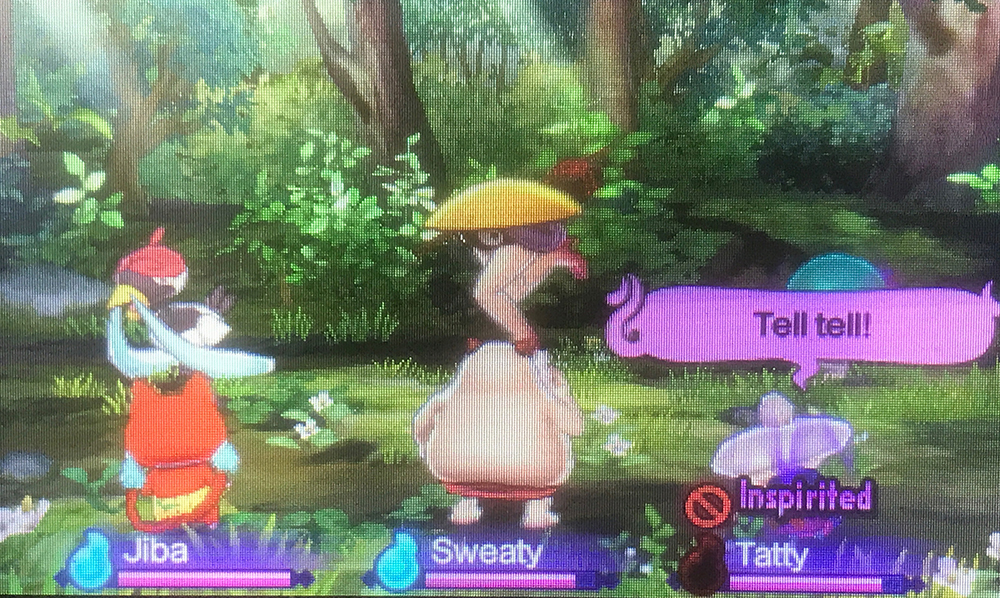 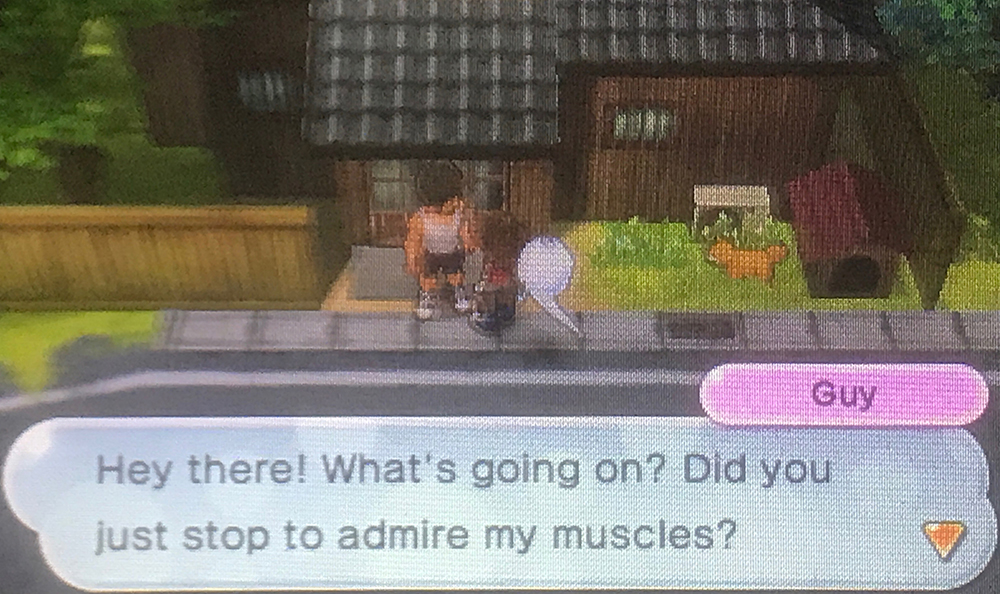 For fans of Yo-Kai Watch, forget that this is a sequel, and for those who haven’t ventured into this franchise, heed the warning given in the anime: “Beware: when a Yo-kai enters your life, things will never be quite the same.”

Psychic Specters carefully guides you into the franchise without any prior knowledge required but doesn’t let go.