Fall of Light Review – The light in a screaming void

Fall of Light is described as a mix of Ico and Dark Souls but it leans more heavily into the Dark Souls realm.

You’re a father, plunged into the world of darkness with your daughter who is (helpfully) a being of light. The story on first play is a little unclear, but you’re trying to escape a village filled with very specific enemies: knights, ninjas, plague doctors – y’know, standard village dwellers. You escape, or save the world (it’s not clear) by getting your daughter to absorb 3 shards of elements.

The premise was set and I was ready to really dive into the game but I kept coming across really unfortunate technical issues that stopped me. On first play there isn’t any indication that this is meant to be played with a controller although I found it all but mandatory. You can play it with a keyboard, but the controls are tank and fighting is near impossible. The game also crashed too many  times, sometimes requiring more than one reinstall to get it up and running again. It really made it hard to enjoy the game at all when hours of progress would be lost to a bad crash. This eventually led to me being unable to finish the game.

“I mostly had to rely on luck that this time the game would read my input.”

On top of those issues, the game also had a lot of trouble with completely dropped input and lagging controls that would sometimes take a full 10 seconds to act upon a button press.

With challenges that required perfect timing (avoiding fire, spikes, traps etc) I mostly had to rely on luck that this time the game would read my input. 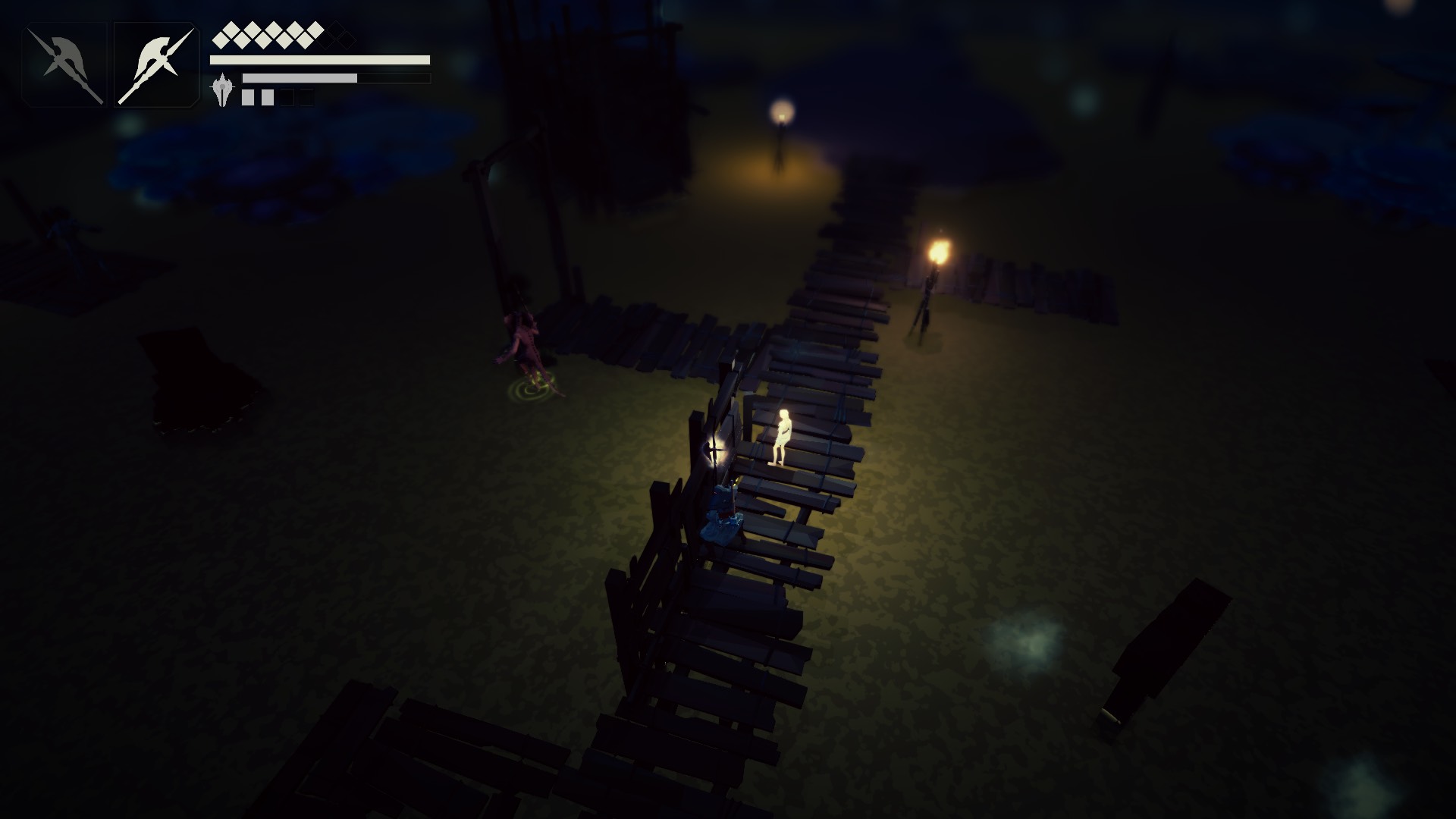 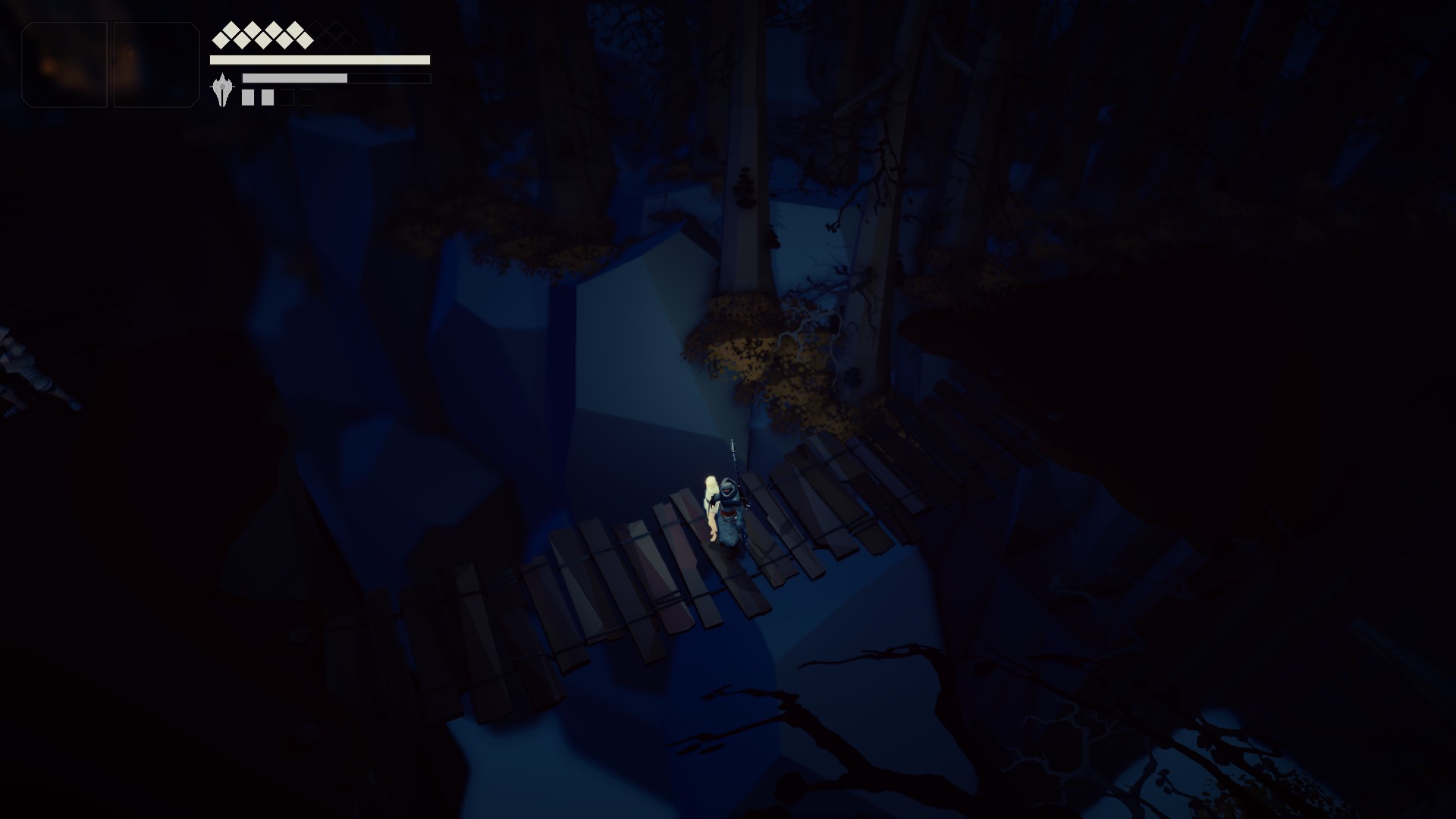 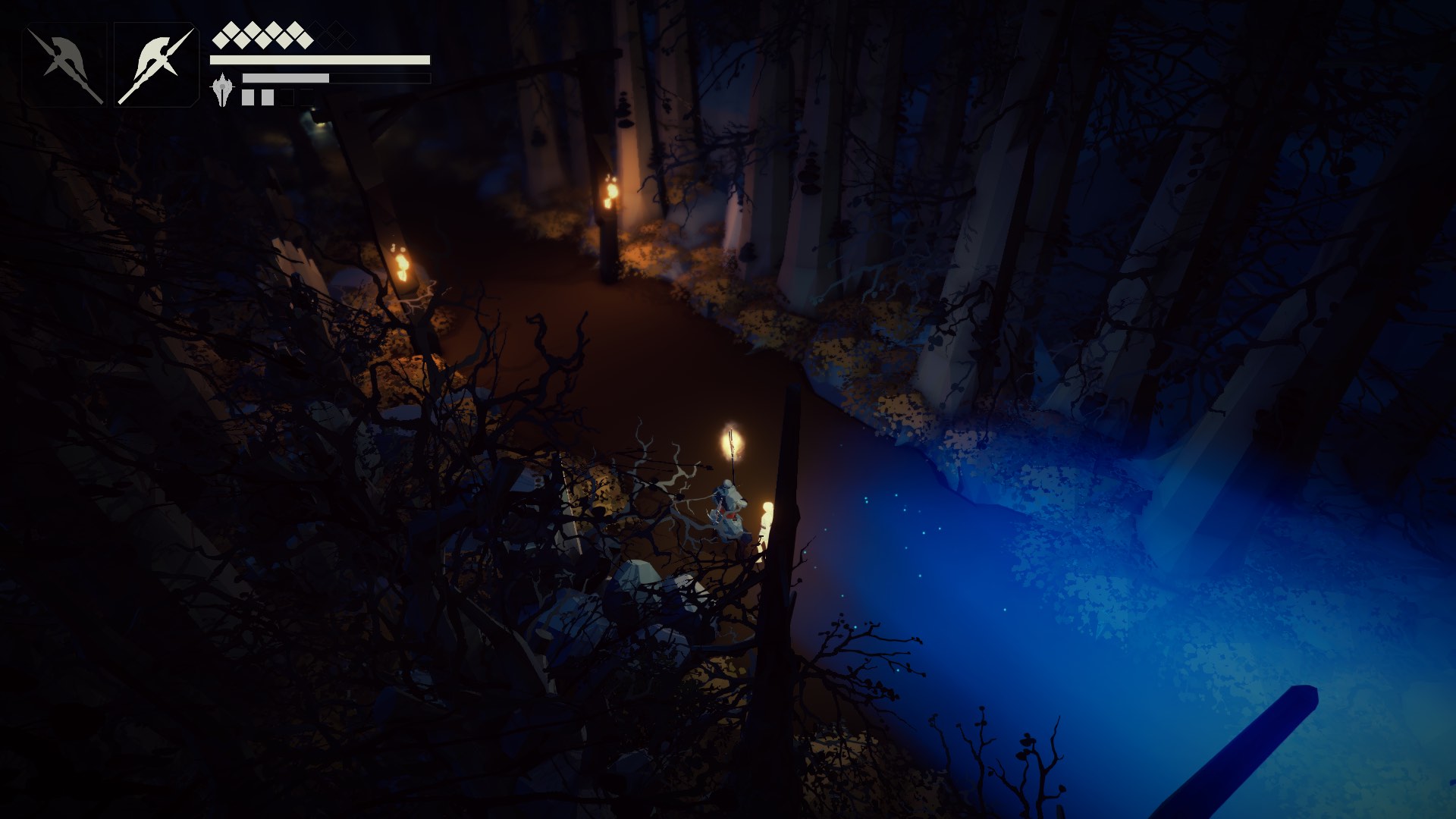 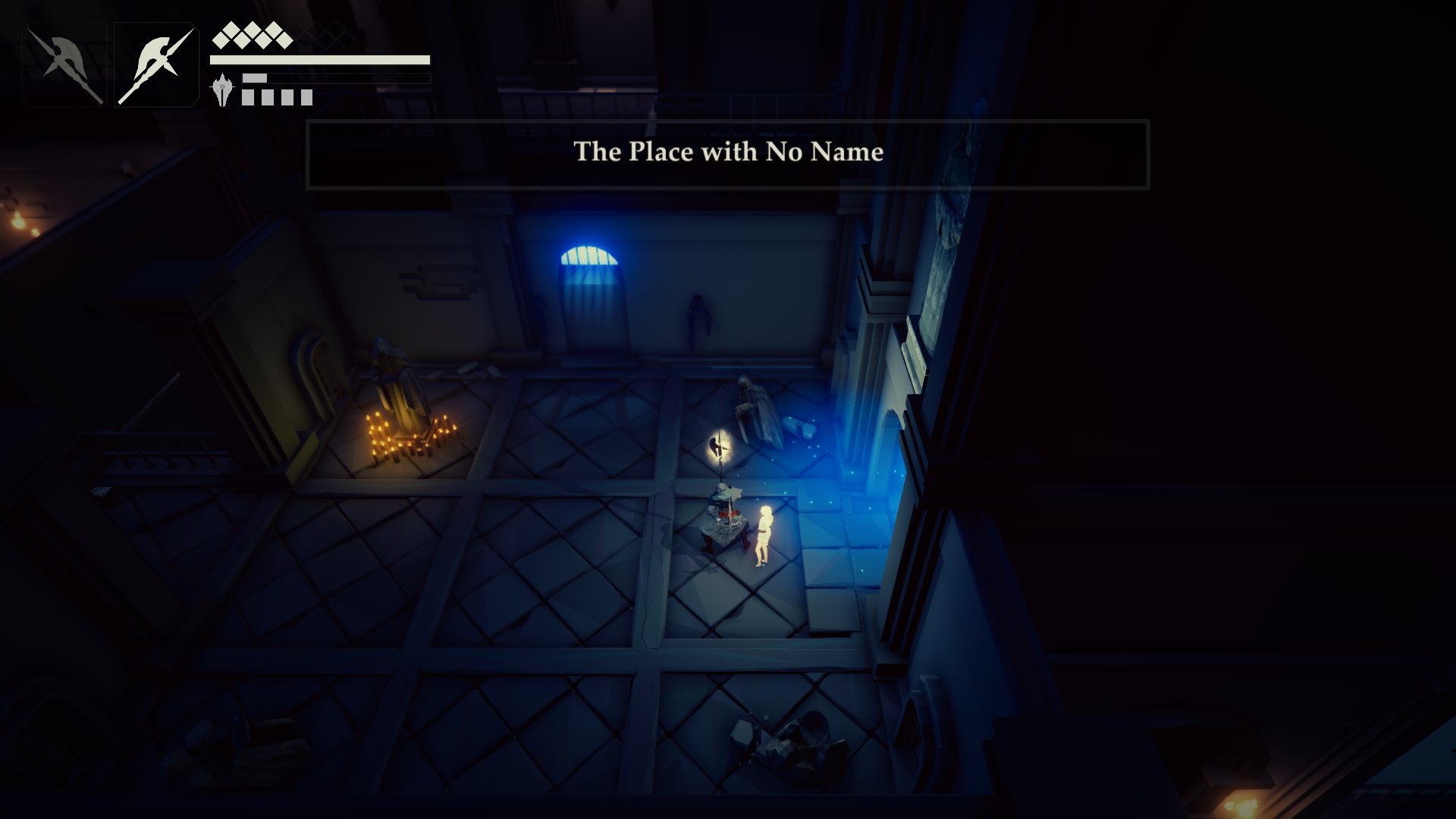 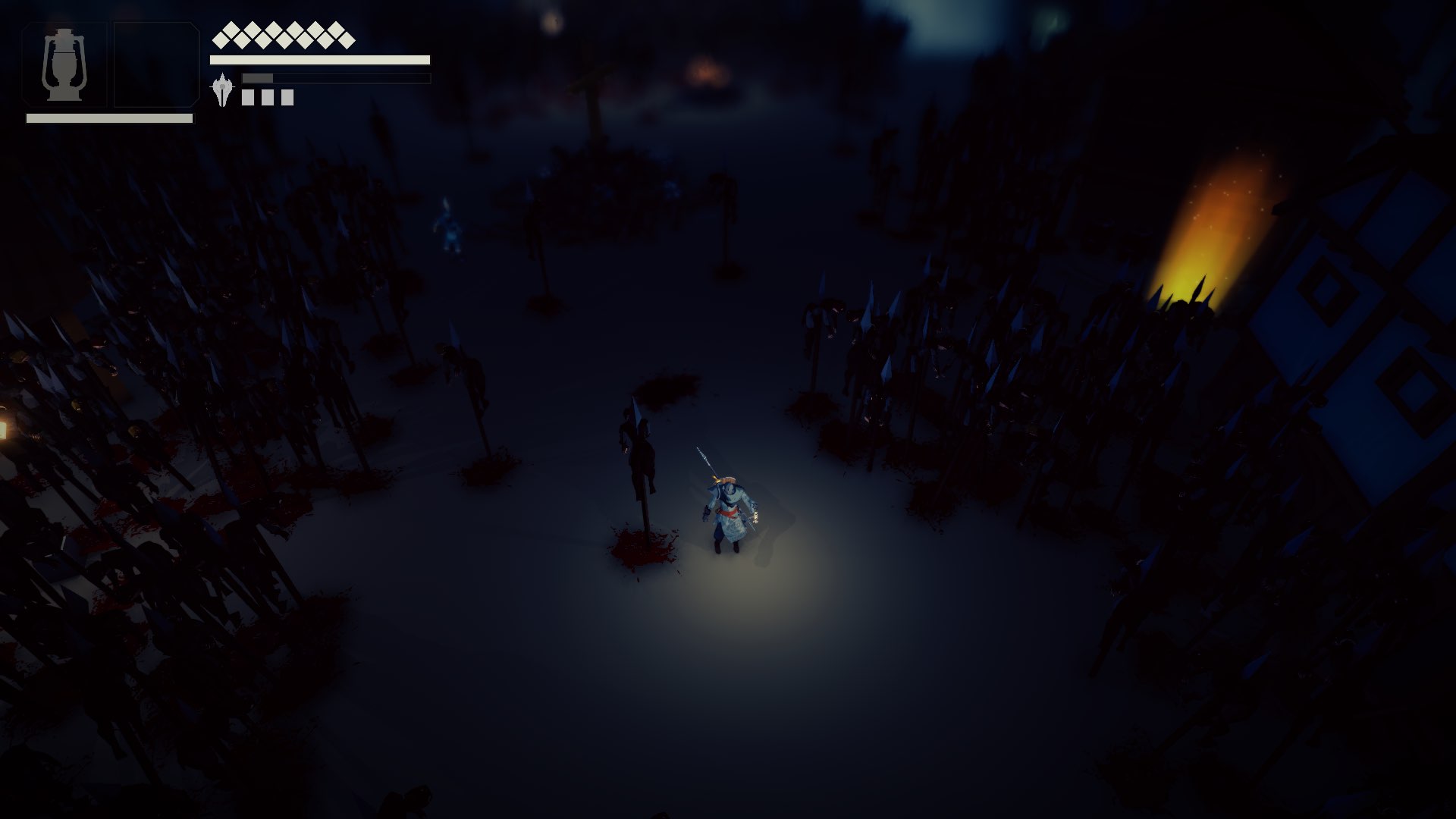 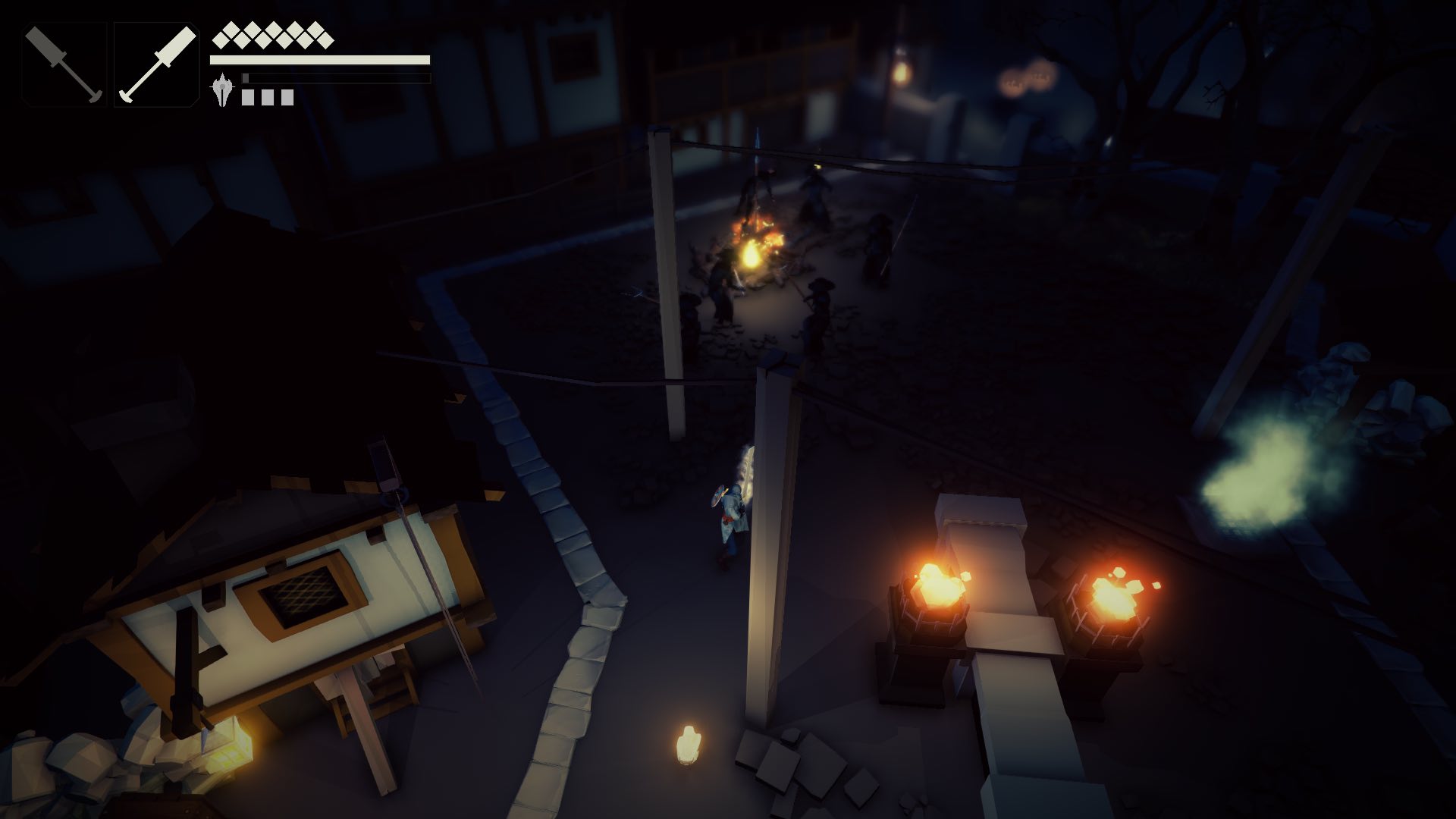 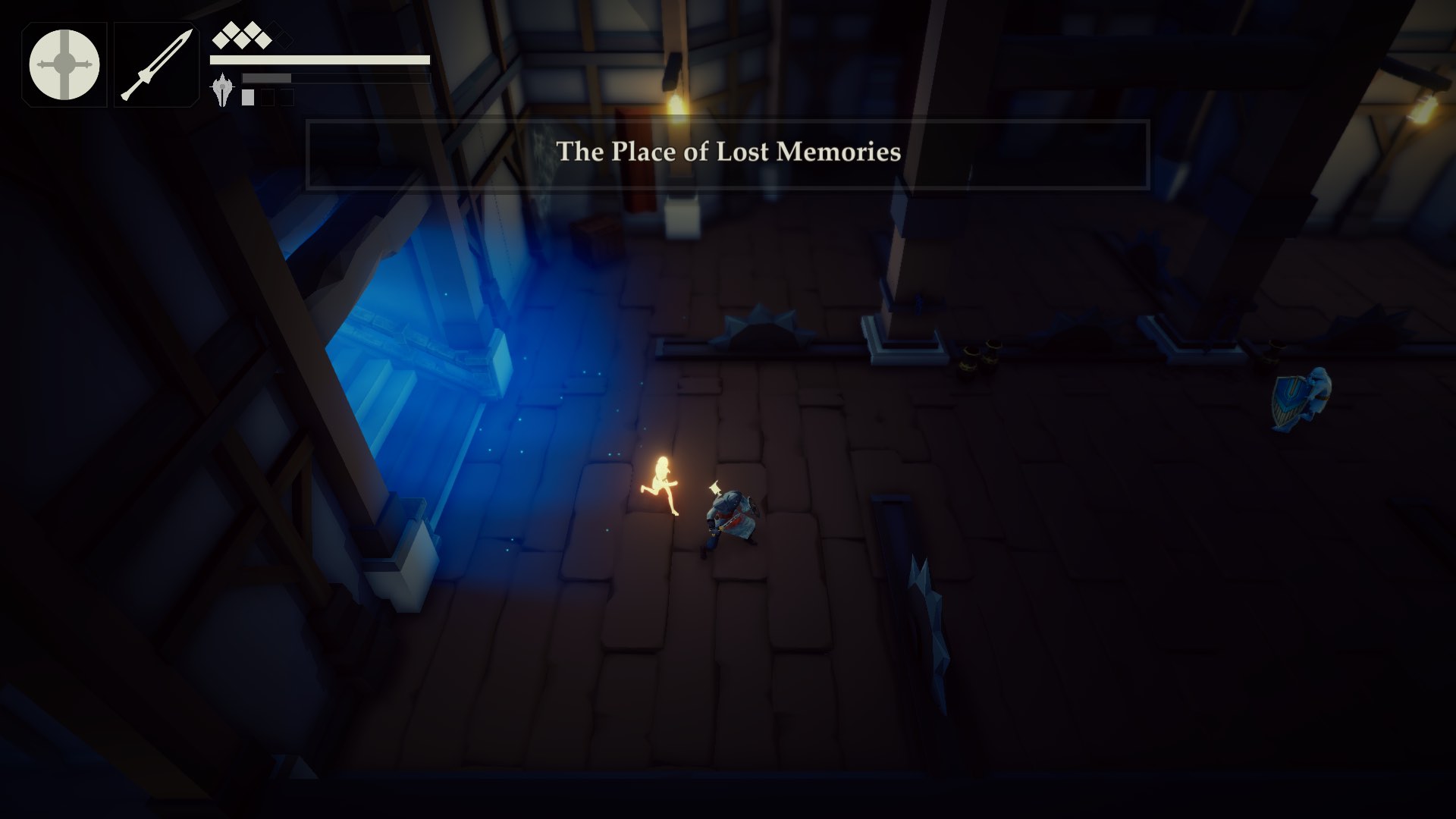 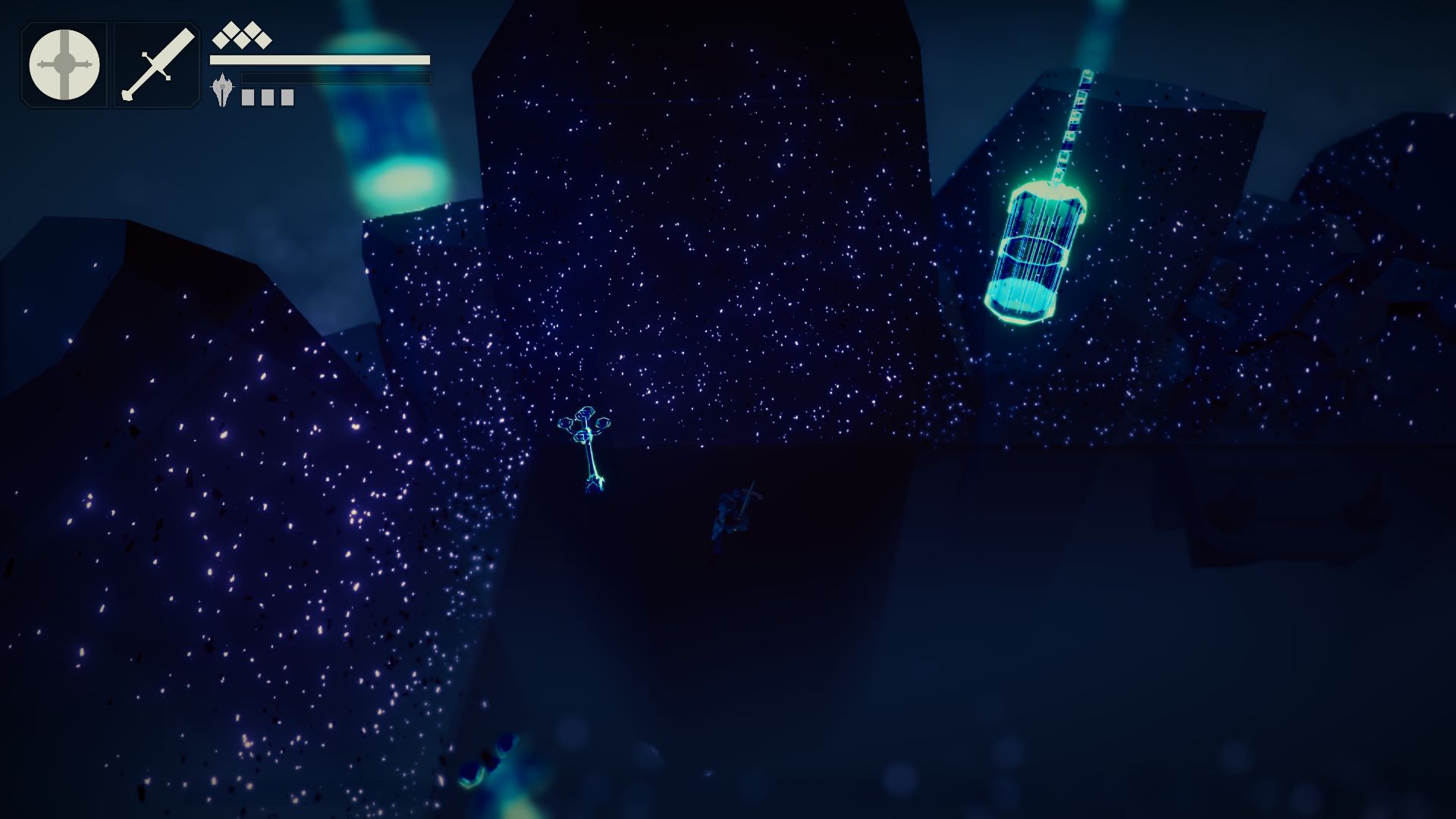 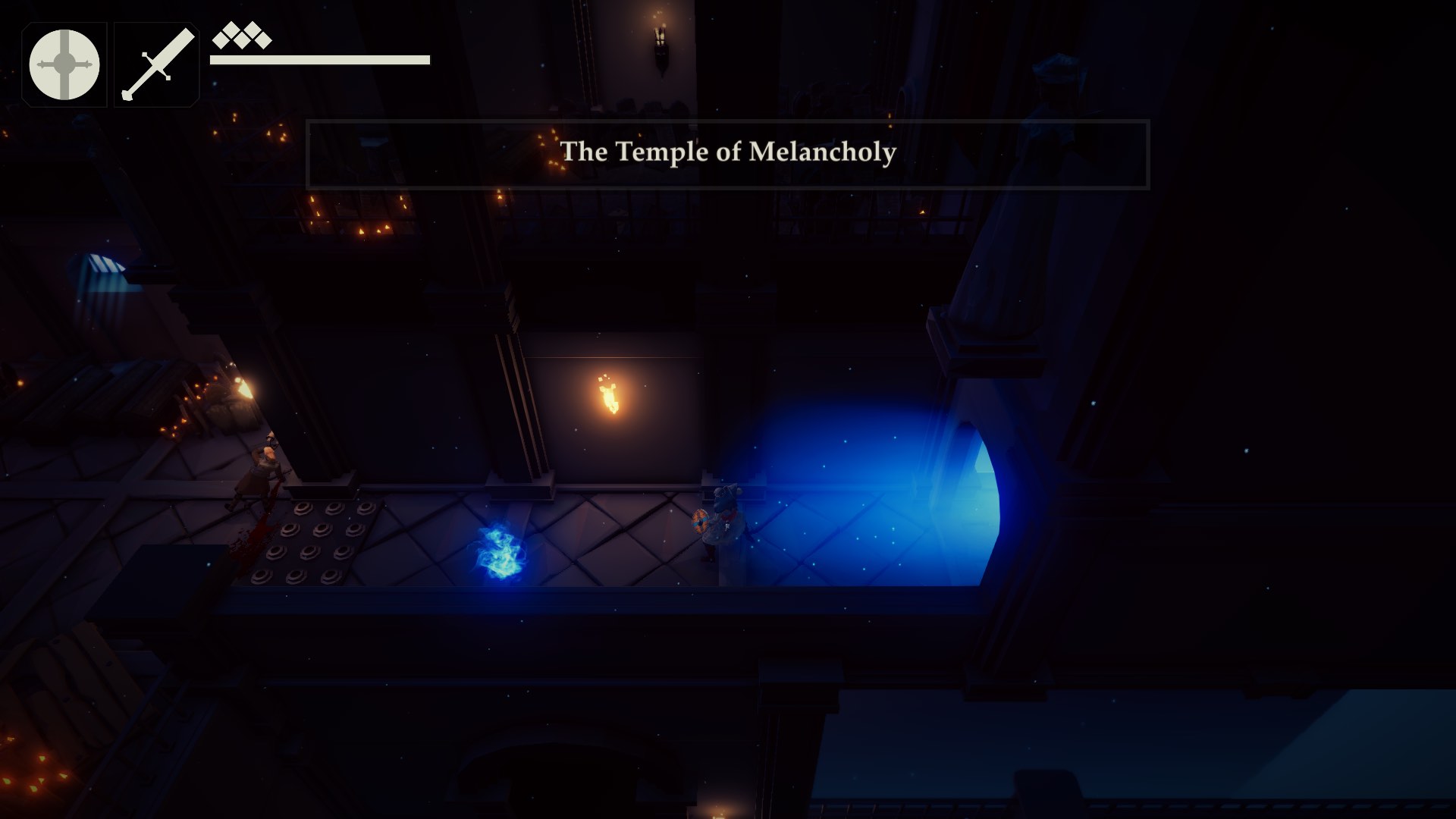 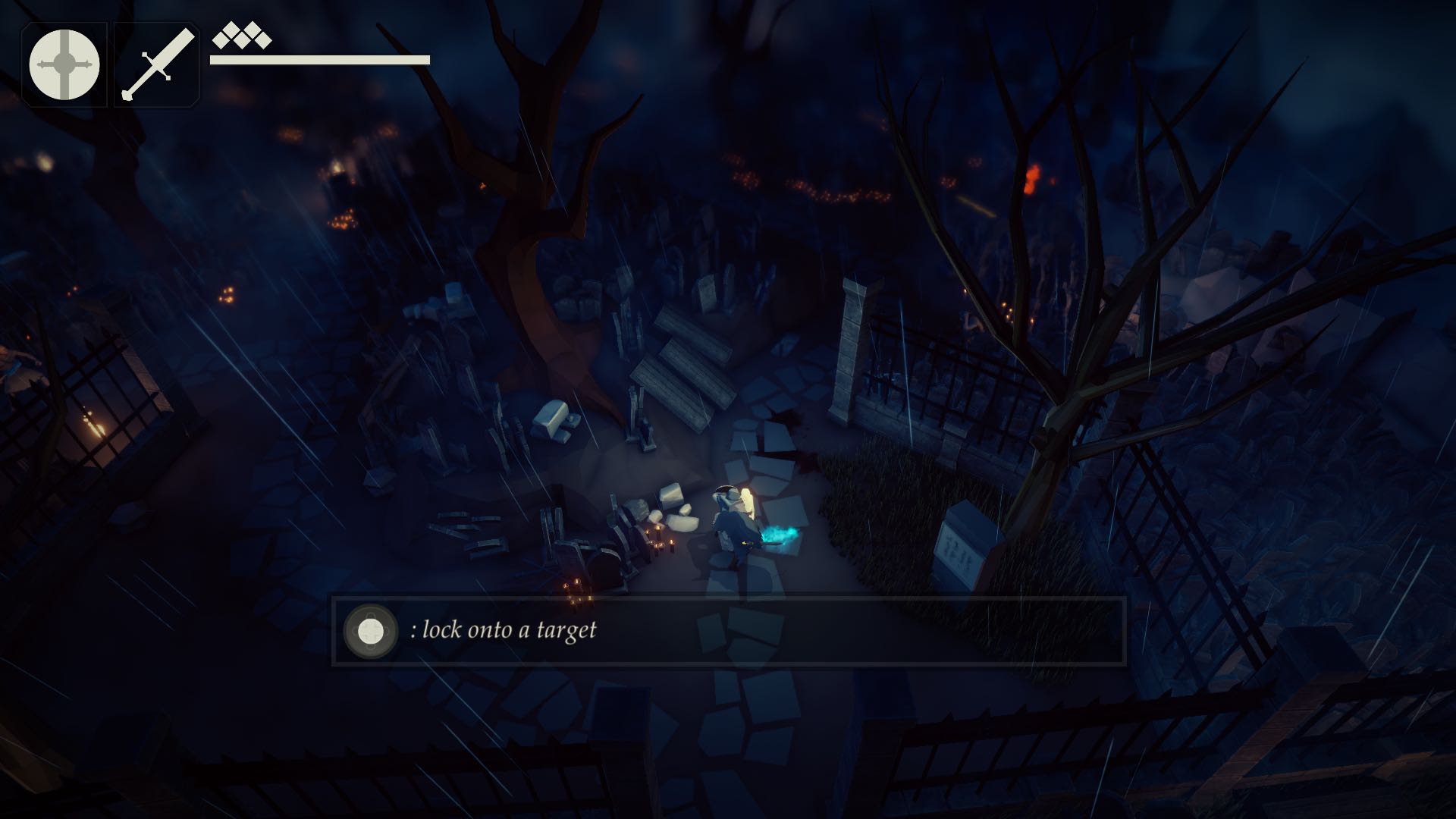 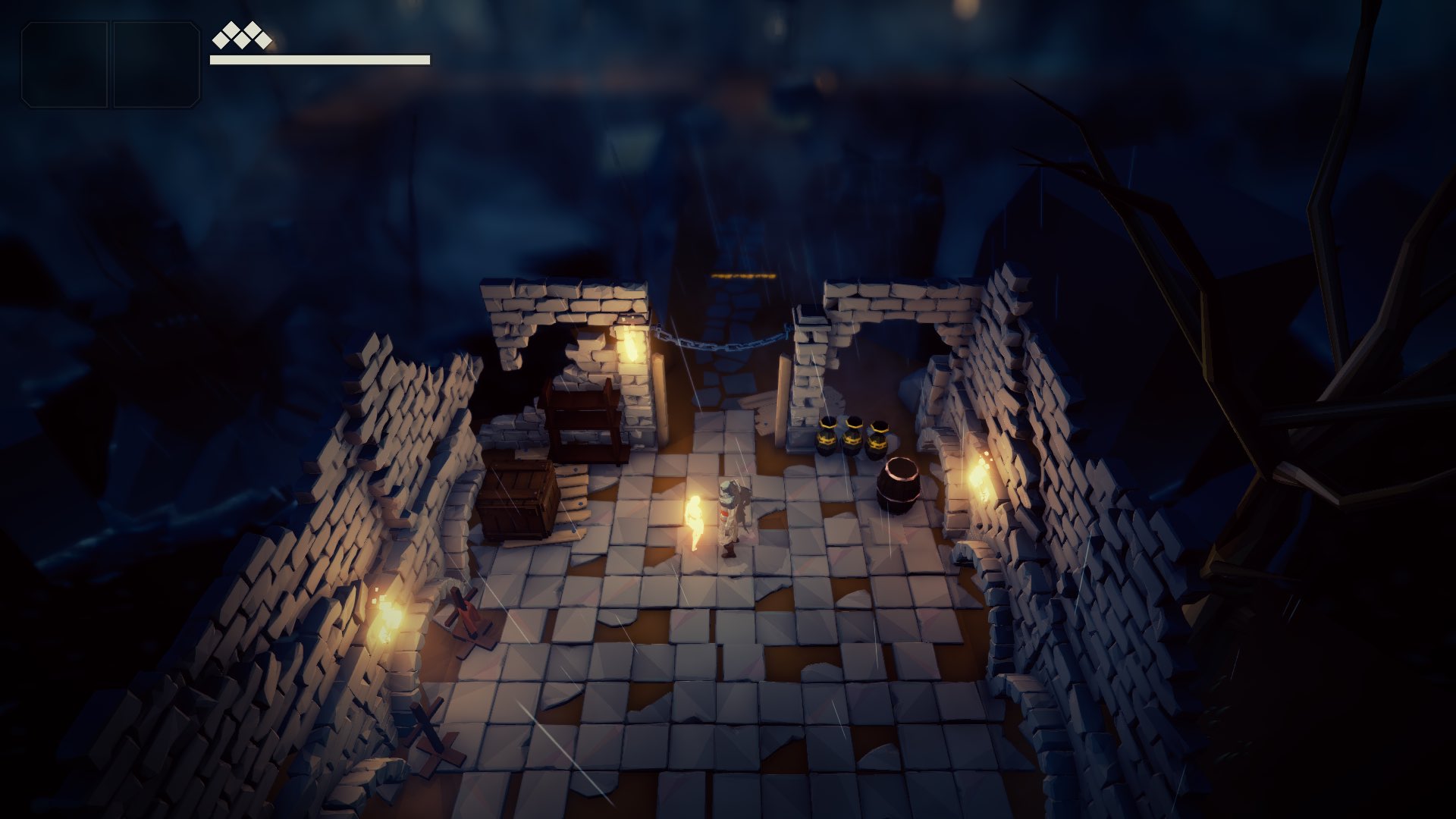 Fall of Light is HUGE.  I explored for 8 hours straight and I don’t think I saw even half of it.  There are so many different places that I nearly got overwhelmed with choice on where to go next.

There was always something new to explore, and in some delightful cases, a new weapon to try out. This design was not only rewarding, but very engaging. It felt like a real sprawling city a lot of the time, with plenty of little side streets to walk down. I never got lost since no two parts ever looked the same.

“The levels are tightly designed with enough wiggle room for interesting exploration as well as combat.”

Enemies hide in every corner, so exploration is always a dangerous task, but well worth the reward. The levels are tightly designed with enough wiggle room for interesting exploration as well as combat.

I think a lot of the technical issues did come from the game being so large. It would have been very difficult to playtest all of it, especially with the style of the game being very unforgiving on players.

It is in this playtesting I think they would have found a major flaw in the design. The aspects it took from Ico involved gameplay where you must protect your daughter, take her with you everywhere and cannot progress without her. If you lose her, you cannot level up. She can get taken to a cage in the area you’re in by some goblins/shadow monsters and left in there until you get her out.

There’s even a pretty way to find her should this happen:

But if you somehow end up in a place that’s just too difficult or too crowded, which is pretty easy because it’s not as if area difficulties are signposted, she’s just gone. You’ll get killed pretty much right away getting in there, and even if you do make it to her, it’s impossible to get back out again. So I figured I’d grind it out and level up so I could get in and get her. Well, you can’t do that either because you need your daughter to level up. It’s a frustrating catch 22 that does not do this game any favours at all.

It was on this occasion, as I’d managed to get to her again, killing and grinding through the area, that a bug hit.  I dropped through the world, and I couldn’t face dealing with this again.  I quit, and I haven’t played since.

There is a lot that is good about Fall of Light. The assets are beautiful and the lighting is absolutely stunning.  All of these screenshots that I’ve included I took because I was marvelling at something visually impressive. The combat is also really fun once you get into it. Though, once I got a two handed weapon combat became much easier. A heavy attack at the right time was enough to either knock an enemy over or kill them, so it just became a flow of charge > hit > move back > repeat.  While that was fun, it did make it a little easier in most low level areas than I would have liked.

I would categorise this game as a podcast game. Having something to listen to in the background improved the experience immensely, and made hours feel like minutes. I could get into the flow really easily and was happy to grind for hours.

The story was pretty standard. Lights have fallen, and your child is a being of light. Protect and escape.

There were certain parts in the game that expanded on that story and these really interested me. Occasionally, you’d get an area like this, triggered by items or by killing a boss, which had tidbits of story that had me hungry for more.

They hinted that something more was going on, and I wish I’d been able to get far enough to find out what.

I really wanted to like this game. For a two person job, with clearly a lot of love put into it, it was huge and impressive. But the bugs that come with making such a huge game were too many and too game breaking for me.

the game came close to making me like something similar to Dark Souls which is commendable, but it just wasn’t playtested and tight enough to really grab me.