Question: What makes the world go around? Answer: Trivia.

While that answer would most likely see me lose a round of trivia I stand by it. Trivia games have always been a staple in television and pubs across the globe. While previous iterations of the PlayStation introduced us to Buzz!, it’s been 7 years since we had an entry from that series. Thankfully Wish Studios and Sony Interactive Entertainment have brought us a canteen of water in this trivia drought with Knowledge is Power.

Buzz! originally brought with it the much loved peripheral buzzers but in recent years peripherals have become less and less welcome in the household. Knowledge is Power doesn’t need to worry about that though because the one peripheral nearly all of us have is a smart phone — enter PlayLink.

If you’re unaware of PlayLink, it is a new initiative from PlayStation this year that uses your local WiFi and game specific apps to connect your smart phone to your PS4. This does away with a need to have enough extra controllers for guests and lets you use your touch screen as the controller. What this means is that the PlayLink titles are almost all exclusively designed around being party games.

Knowledge is Power is a fairly straight forward game. You take on up to five of your friends in a challenge of wits. Each match will have three rounds, each round has four questions. The faster you answer, the more points you make and obviously you want the most points.

While players will get to vote for their preferred topics before each question they also break up the rounds by playing a quick match or categories game. Things like “match the side kick to the super hero” or “are these character red or blue?”. All of this culminates to a final dash up the side of the “Pyramid of Knowledge”. Here all the extra points you’ve gained will give you a head start but for the most part that playing field is equalised as you race to answer the last round of questions.

To make sure no one can get ahead of the pack though things get underhanded and a little dirty. Before each round you’re given the option to inflict either a status effect on another player or a buff on yourself. They range from slime that covers the questions, bombs that stun you and flash up the selfie your opponent took at the start of the game, or even double points for anyone that gets the question right. This can get mean, but sometimes you need to be mean to win.

The major downside to this though is that between each question there is a little bit of time spent watching everyone hand out their buffs and debuffs and choosing the topic. It doesn’t completely slow down the game but when you’ve watched the Duchess throw slime in the face of the Astronaut  three times already this game your attention does drift. 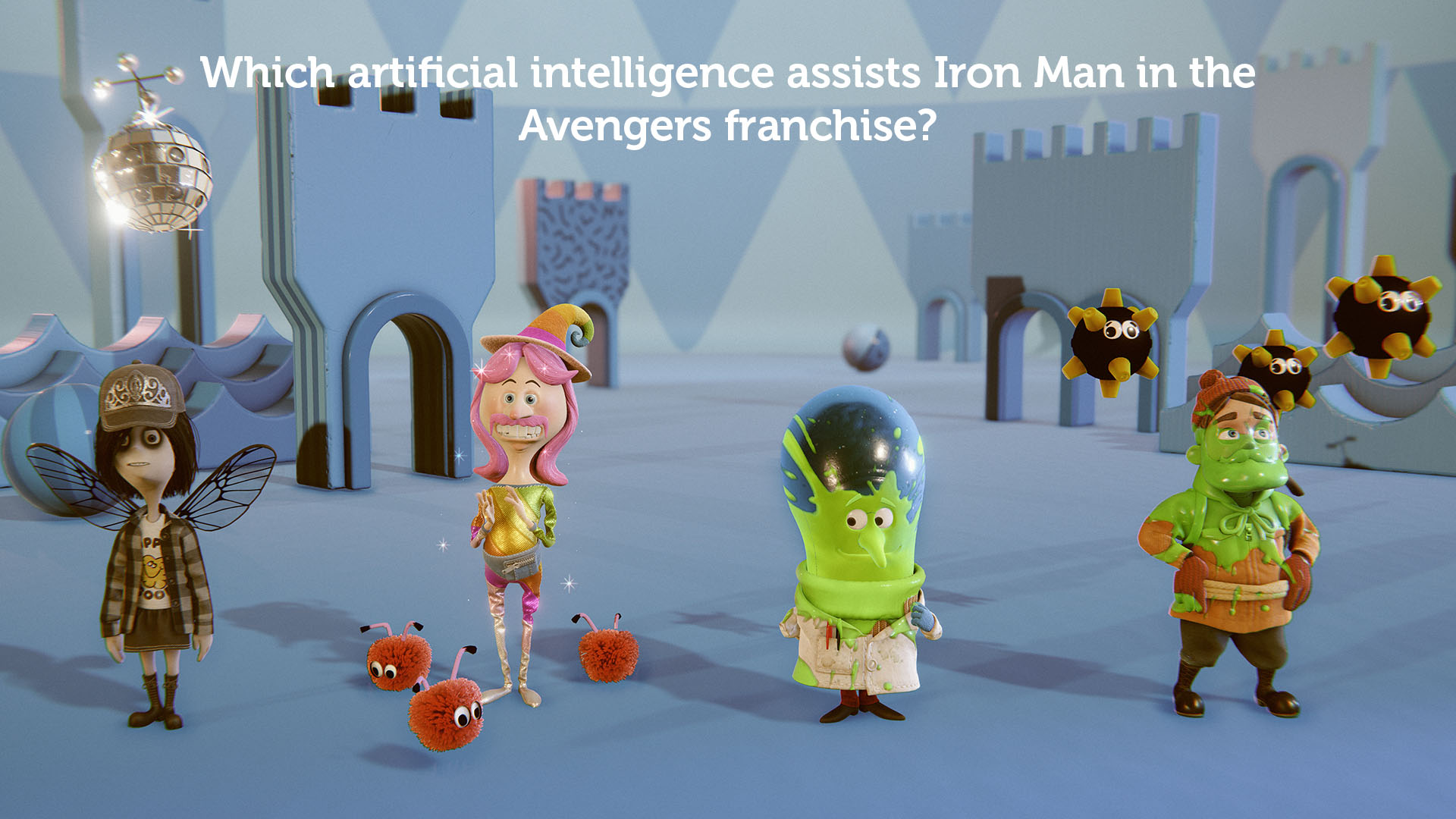 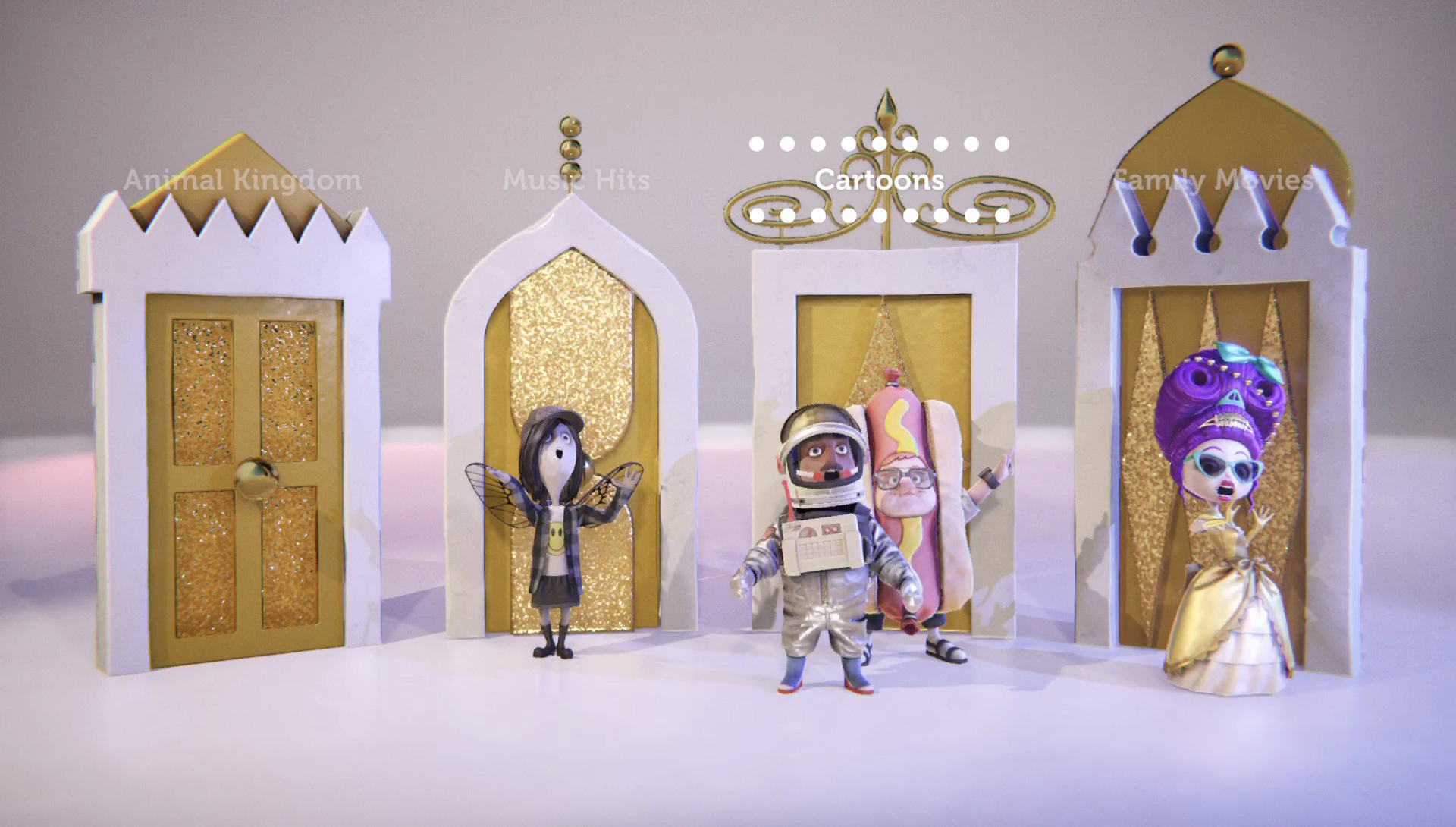 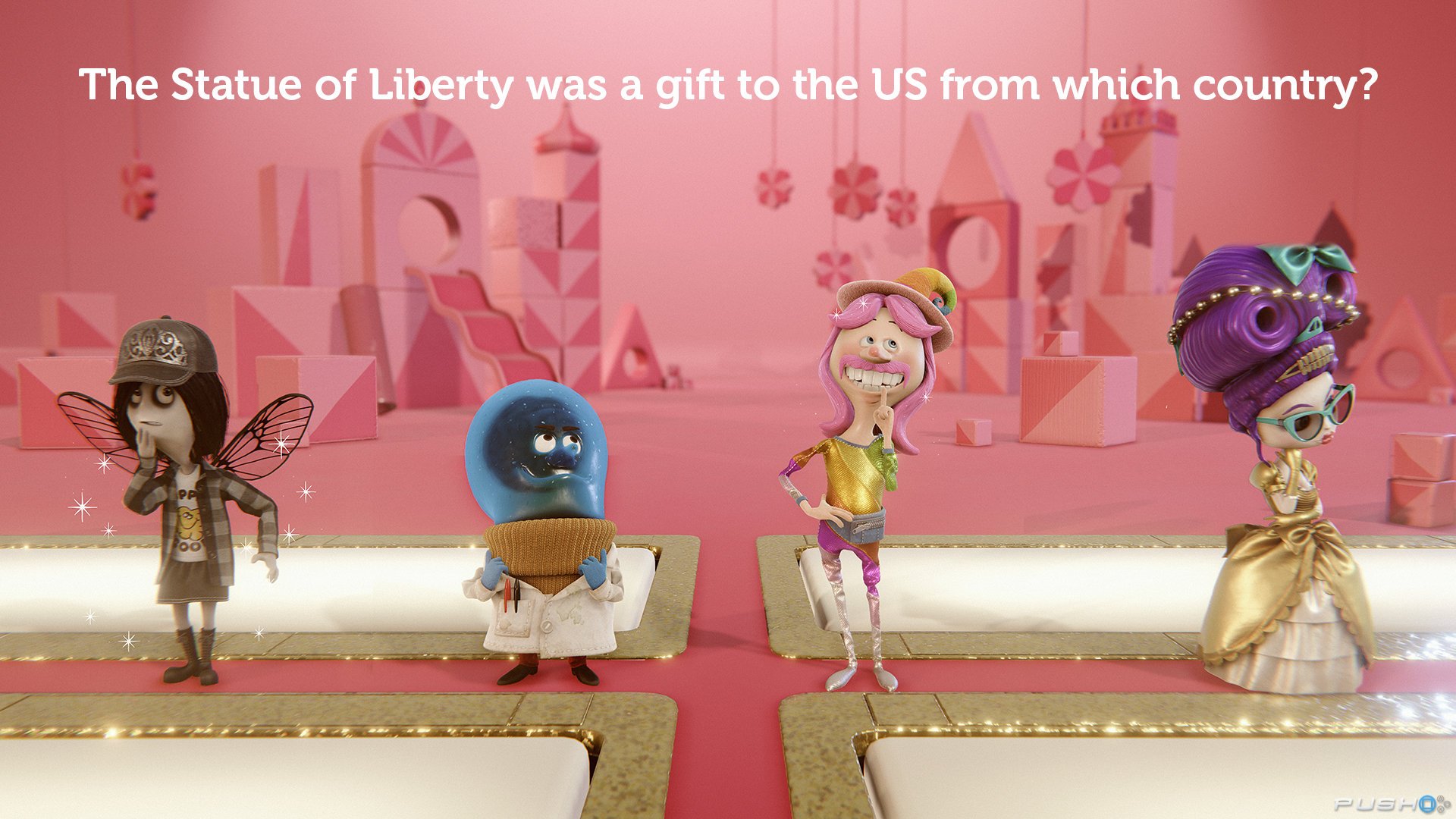 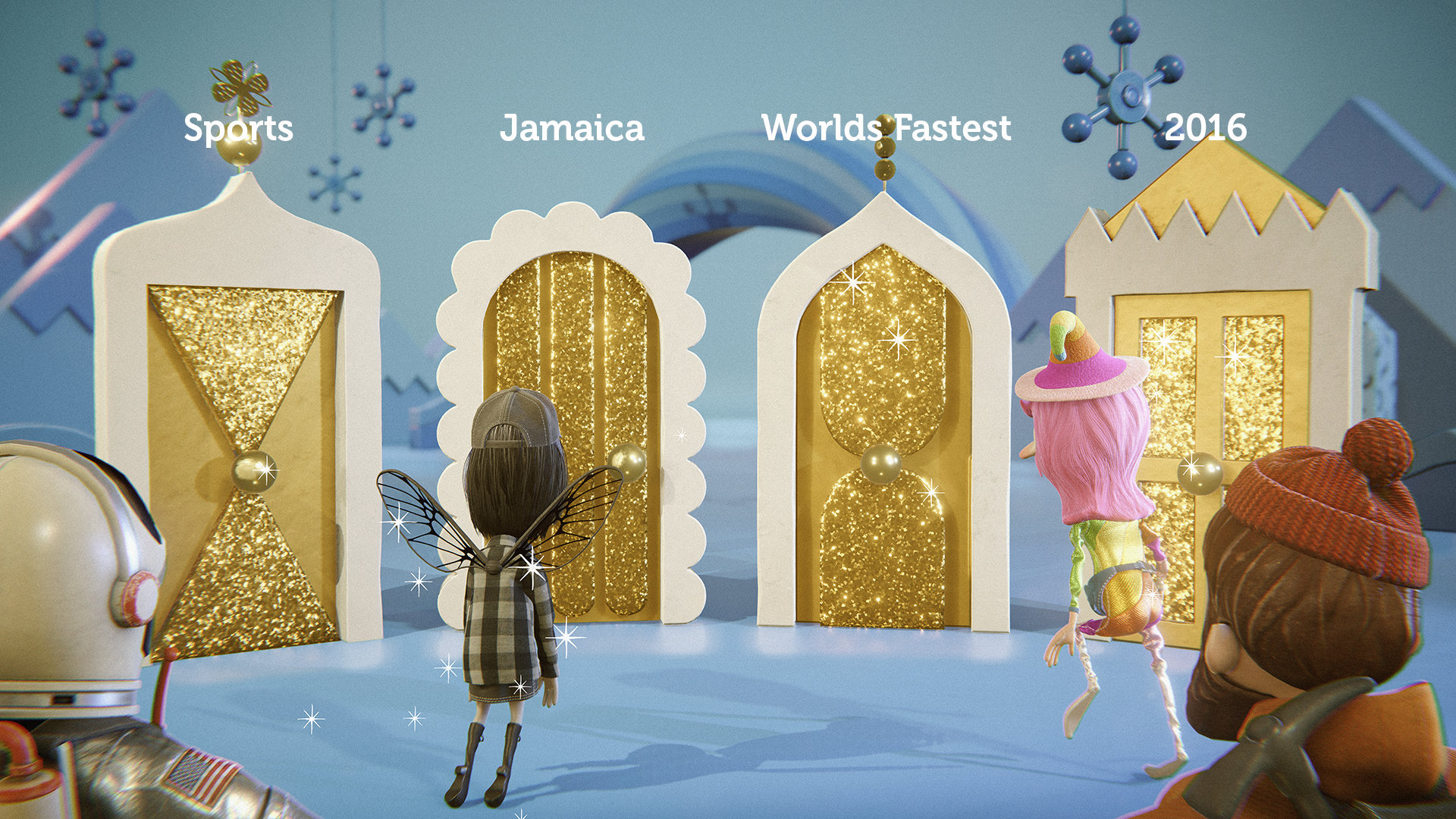 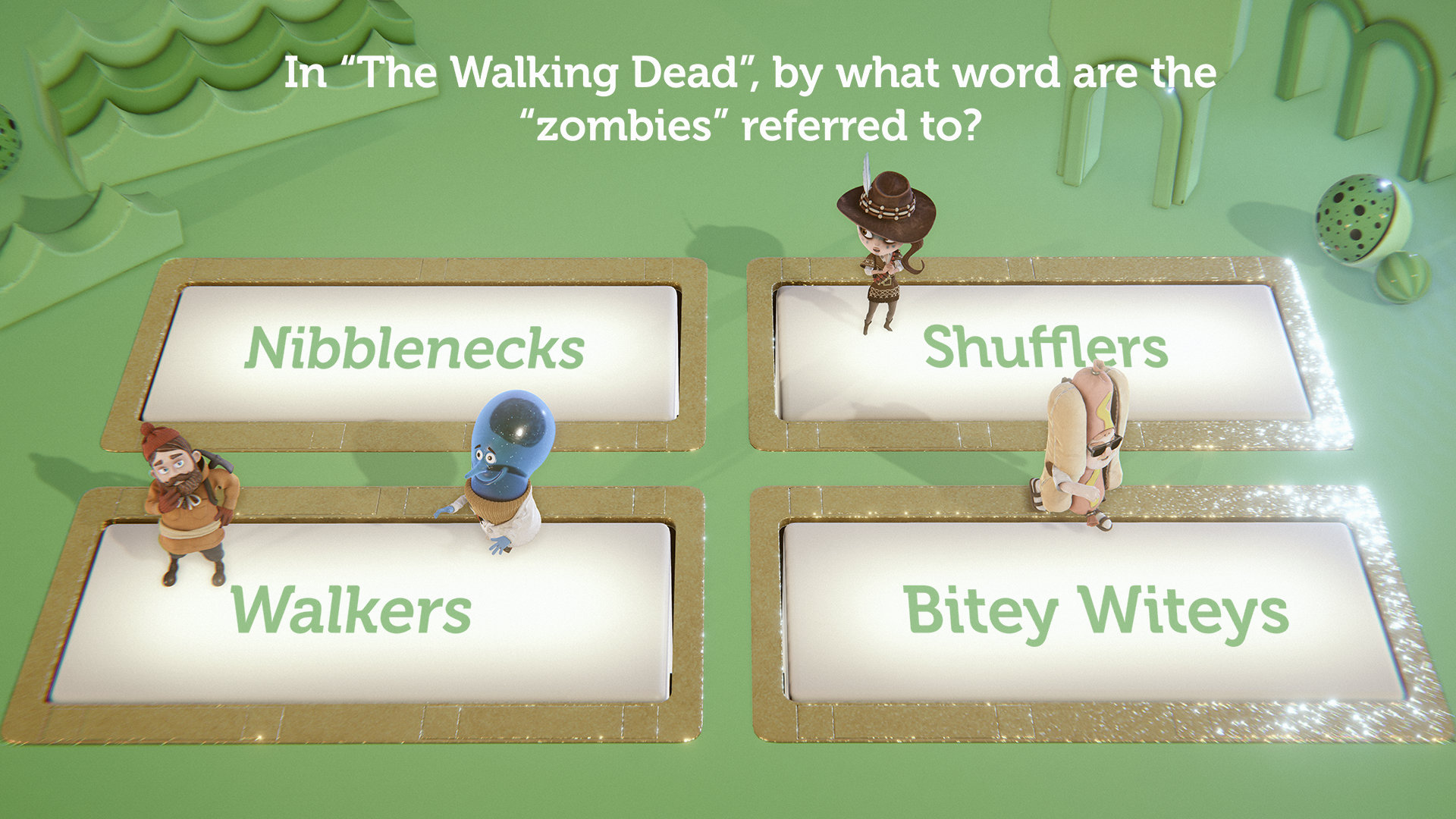 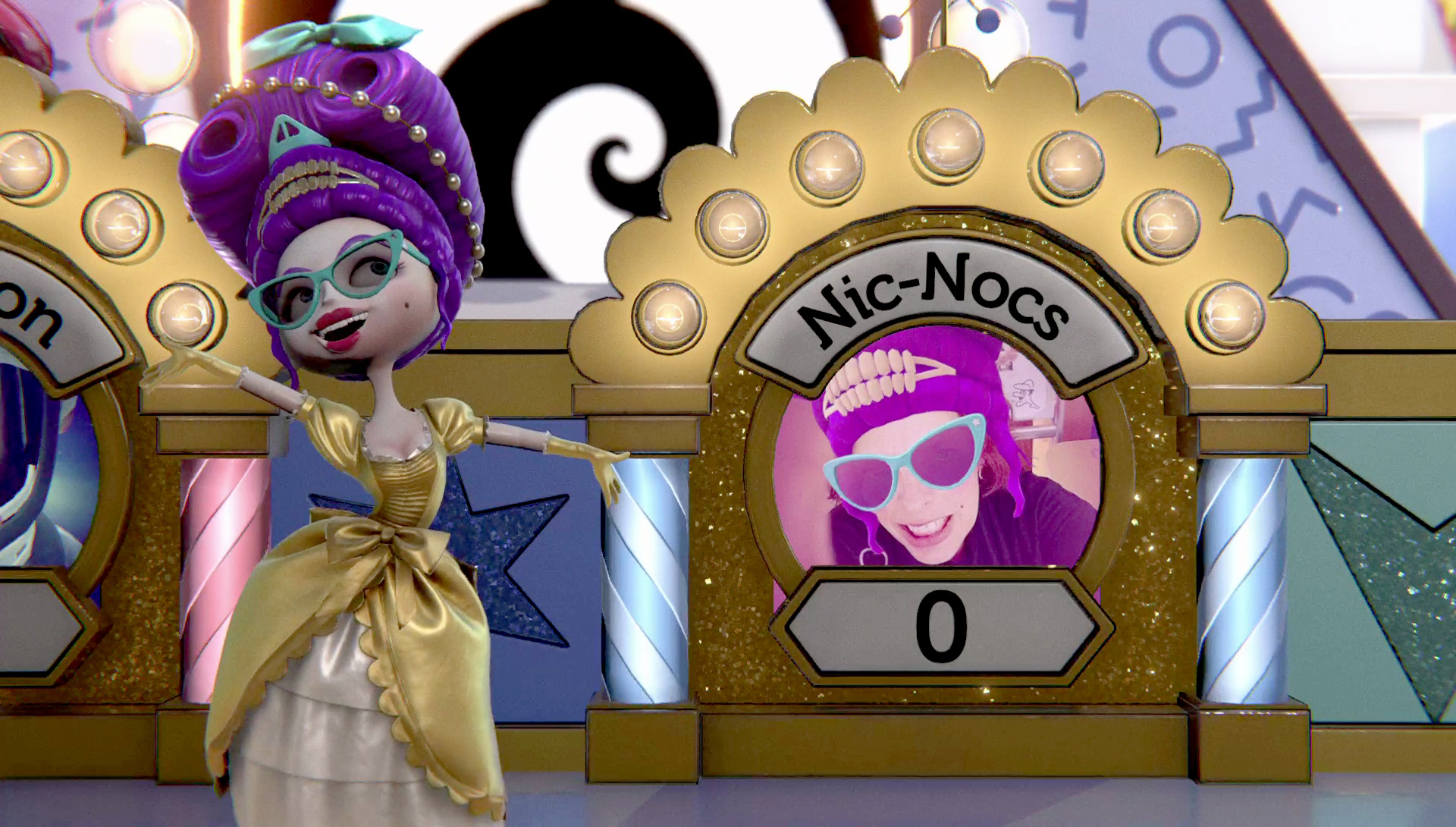 Thankfully though sitting through the animations is actually a delight because the game comes with a fantastic art style. Really reminiscent of Laika Entertainment’s distinct claymation style (Coraline, Paranorman, Kubo and the Two Strings) the characters are wonderfully bizarre and have a lot of personality thanks to the animation. Everything is colour-blocked and bright and just a delight to look at with a fun if not memorable soundtrack.

Unlike the previous PlayLink party title “That’s You” where you were required to know everyone you played with to properly enjoy the game, Knowledge is Power can be played with strangers without ruining the experience. That is until I convinced the rest of the group to all inflict slime and bombs on that poor haphazard newcomer my friend brought over. Sorry Gerard.

Knowledge is Power is a bunch of fun. It is easy to pick up and play with your gamer friends and non gamer friends alike. While it’s a little simplistic, the much lower price point is very inviting for anyone who wants to have this ready in their library for a game against their mates. Hopefully since this is published by Sony Interactive Entertainment we’ll see some ongoing support for this and get some more content updates down the line which will really help keep it alive.