It’s hard to believe that SingStar originally launched on PS2 back in 2004, but 13 years later, it’s undeniable that the franchise has had staying power during its run. I remember SingStar nights with friends quite fondly, evolving from the 30 song compilation discs that cost $50 to a more logical progression in choosing individual songs to purchase from the online SingStore on the PS3. The transition to PS4 became relatively rocky when a bunch of songs people had already purchased didn’t transfer across due to licensing issues, and even making the game “free” (with in-app song purchases) and providing a free microphone app on your smartphone a couple of years back didn’t quite create the resurgence I’m sure SIE London Studio were hoping for.

So here we are, SingStar Celebration. Just to be clear, this isn’t a new game or even a genuine sequel with new modes and features. It’s the same SingStar that has been available for years, with 30 songs included in this particular pack. PlayLink is indeed a new venture for Sony, and with a range of titles in the party space it makes perfect sense to slot SingStar in; but for fans, this is nothing different, not a reboot or a remake, just more songs.

There’s nothing necessarily wrong with this, but your mileage may vary depending on the track list. You use your smartphones as microphones and compete against a mate to sing in tune with the track as best as possible. SingStar has refined its voice tracking tech since its first iteration and the gameplay is as solid as it ever was, including a range of party modes where you have to pass the mic between friends or sing a medley of multiple tracks.

So, what are the songs included in this pack? 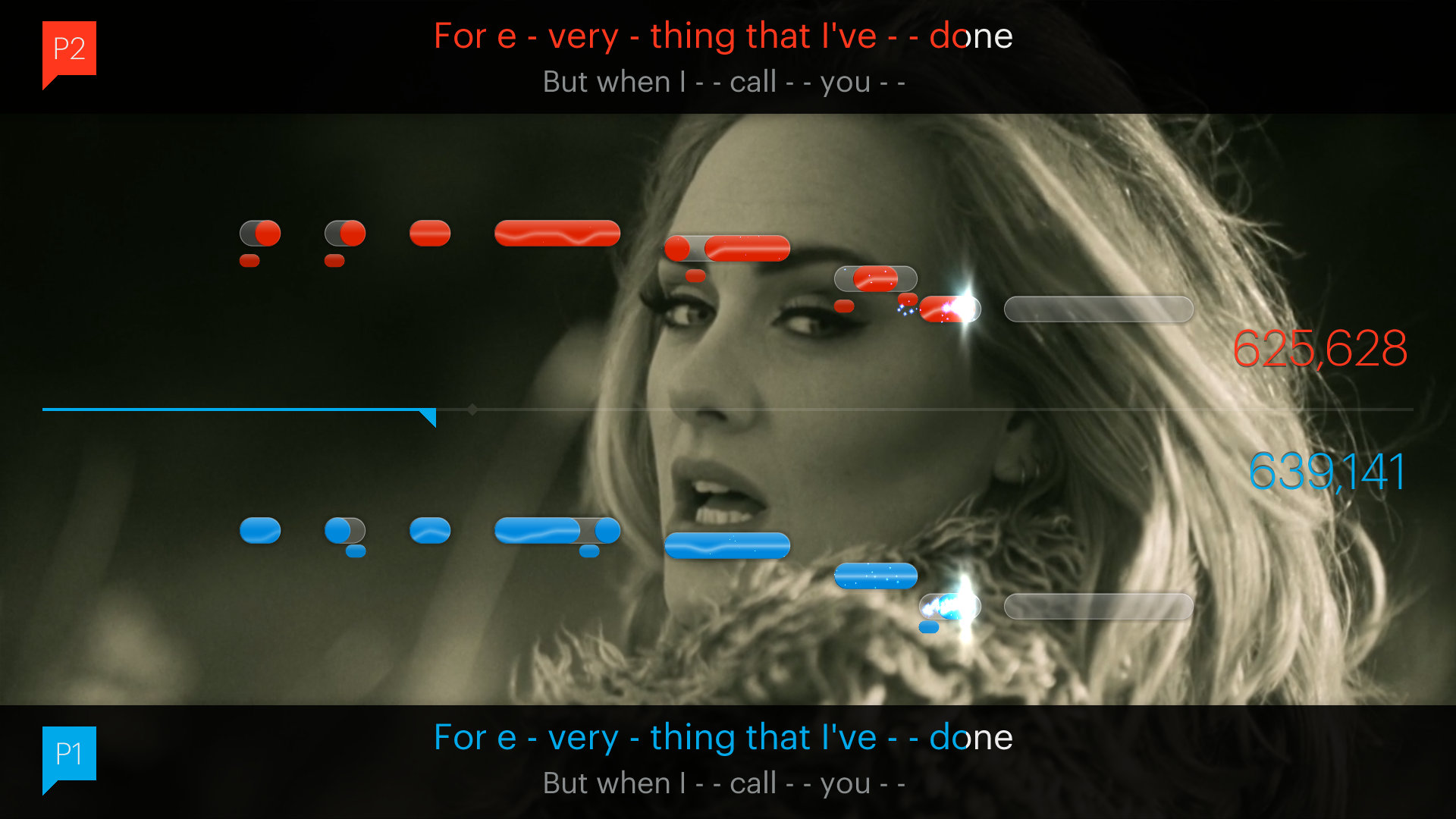 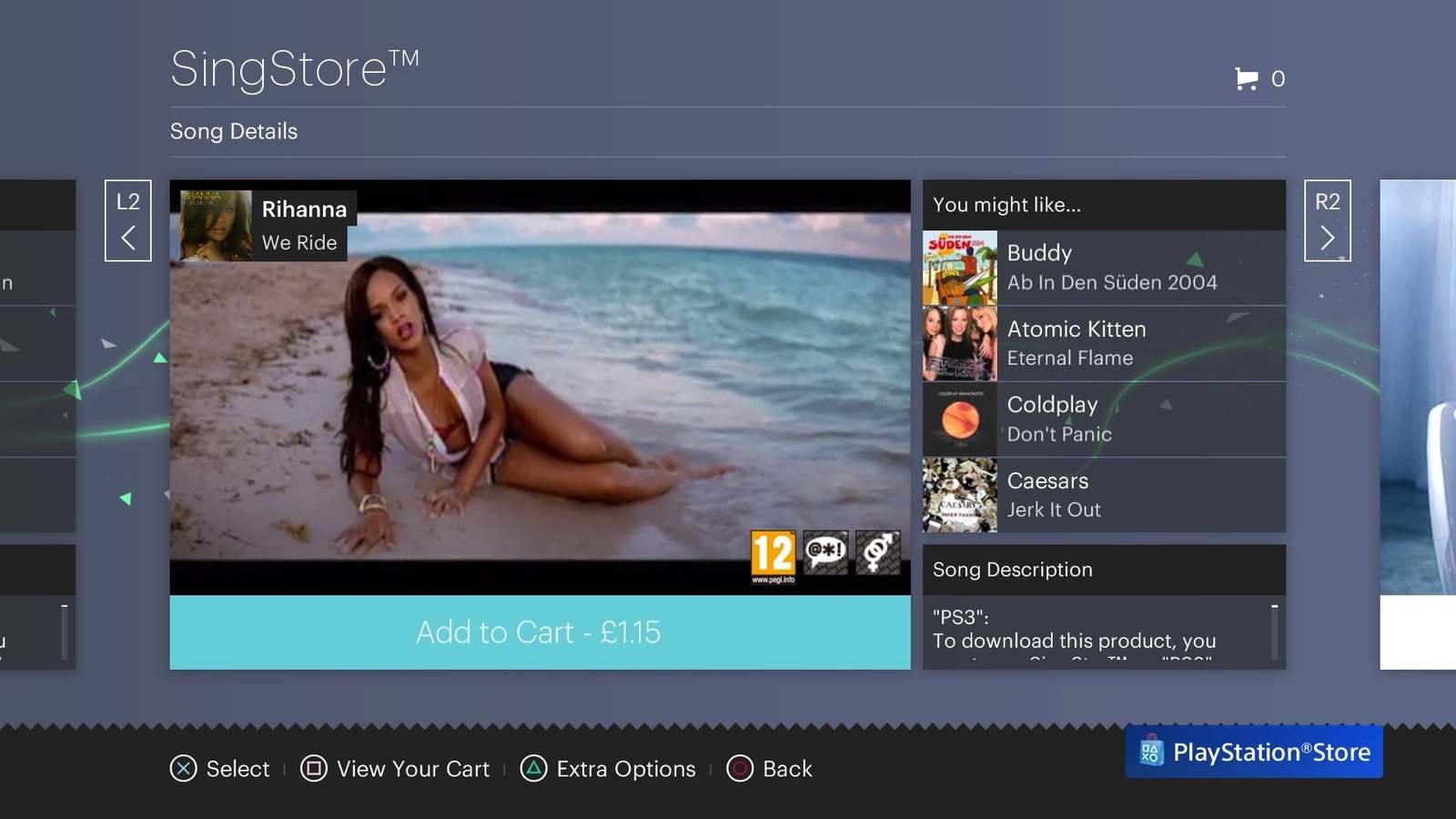 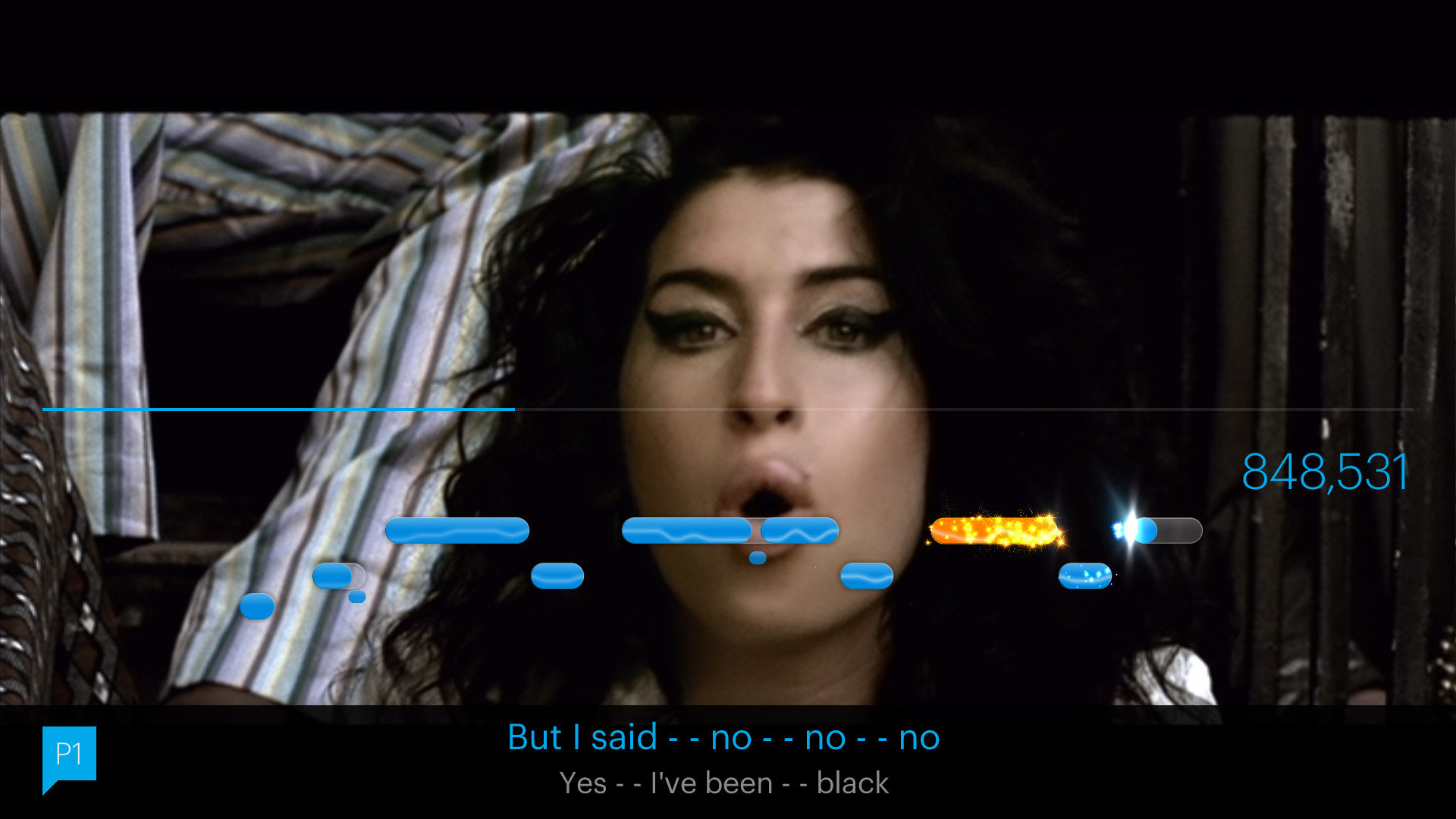 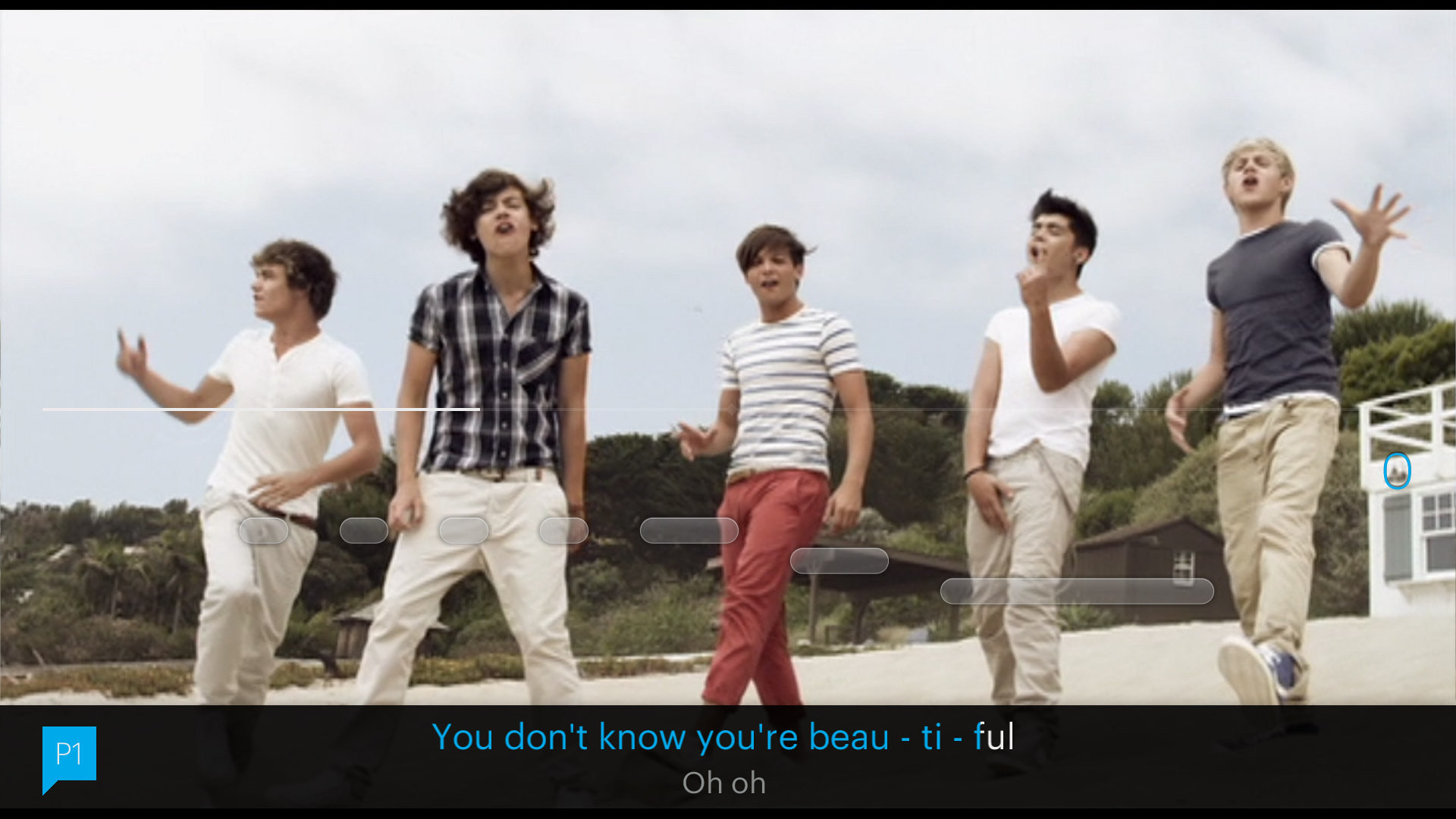 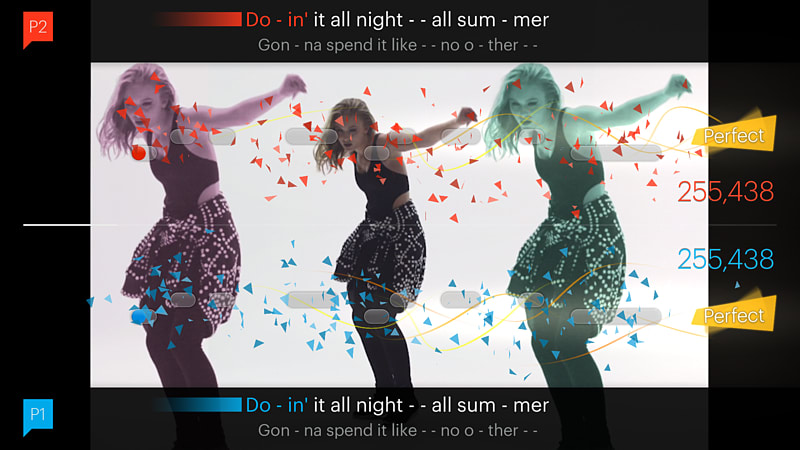 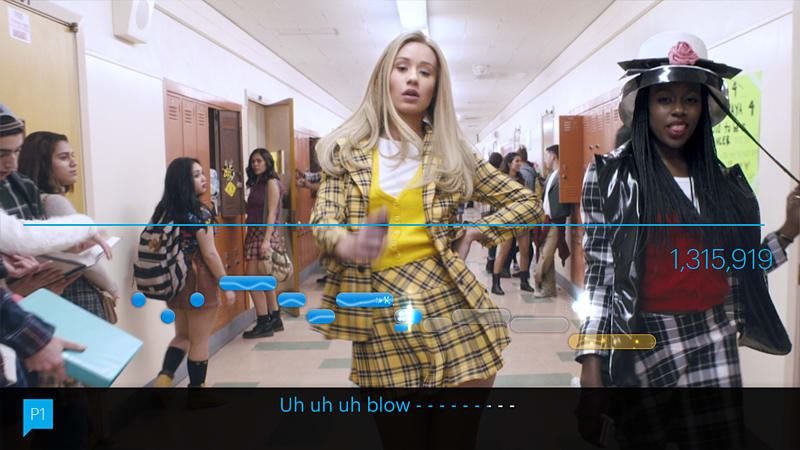 So there are a couple of things to think about here. Firstly, you’re paying $24.95 RRP for 30 songs. This is good value when you consider that each song costs $2.05 on the SingStore, but then that’s relying on you liking a range of stuff from Kings of Leon to Zara Larsson, and even U2 (nobody actually likes U2).  If you like at least 13 of these songs included (possible), it’s a good value proposition to pick up SingStar Celebration and boost your song collection quickly for your next get-together.

On the other hand, as someone who has invested literally hundreds of dollars into SingStar over the last 13 years, it’s a shame that no effort has been made to improve of redefine anything about the game. The other three PlayLink titles that have launched so far each allow up to 6 players simultaneously, so it would have been cool to see Celebration at least allow up to four players at once instead of just two (with the aforementioned Pass the Mic sort of creating the illusion of more people playing at the same time.

The online community is also nowhere near as thriving as it was when it first launched, showing that while there may be some who still love to play this karaoke powerhouse, its popularity is wearing thin after so many versions receiving such an inconsistent amount of updates.

A good excuse to add more songs to your collection, SingStar Celebration is jumping on the PlayLink bandwagon despite being available as a free download years ago. Yes, there is good value to be had if you’re a fan of the included tracks, but with no major updates to the standard formula or game modes, I can’t help but want something different or exciting for a change. SingStar nights with friends have grown more and more infrequent over the years, so it really needs a shot in the arm and a drastic change to truly make this karaoke favourite worth celebrating.