Xbox One X Review – A beast waiting to be unleashed

The Xbox One X is heading into 2018 in one of the more interesting positions, with the PS4 still selling incredibly well and Nintendo Switch consistently boasting about its success during what has been a very promising first year. The Xbox One initially had a rocky announcement that resulted in Microsoft backtracking on its claims – and I don’t know if we still need to talk about the disaster that was the Kinect, which is now officially done and dusted.

Still, the Xbox One X released late in 2017 as “the most powerful console”, a claim that it backs up consistently. While it certainly can’t boast about a large amount of exclusives currently out or coming soon, it is positioned as the absolute best option to play multi platform titles, which could be just enough of a tipping point to get newcomers on board and the loyal fans to upgrade.

The Xbox One X is 40% more powerful than any other console. This isn’t just a buzz word or PR-speak; it provides faster processing power to allow smoother interactions in gaming, 12GB GDDR5 of graphic memory which allows for quicker load times and a lot larger scope, not to mention a lot more detail available with its 6 Teraflop GPU and 4K gaming.

While the leap from 1080p to 4k doesn’t necessarily feel as big of a step, the differences are noticeable enough when cruising through the rain in Forza Motorsport 7 or appreciating the vast lands of Egypt in Assassin’s Creed Origins. The level of detail is stunning with the Xbox One X enhanced titles standing out as showcase pieces for the power that the console breathes. This is all fitted in to what is a pretty petite package, the smallest Xbox One to date. Similar to the Xbox One S, there’s HDMI-in if you want to connect up a TV set-top box, two USBs at the rear and one at the front, and an Ethernet port.

Now this is why we’re all here. Do games play better on the Xbox One X than they do on the Xbox One (or PS4 Pro for that matter)? The short answer is yes, although not every game is Xbox One X enhanced, of course. The ones that are truly do look stunning, with incredible levels of detail and much faster loading times. This is more noticeable in a game like Assassin’s Creed or Middle-Earth: Shadow of War – titles that have large open worlds with a lot going on when it comes to enemies, animations, chaos and more.

It’s also a nice boost and a good reason to go back to “older” titles such as Gears of War 4 and Halo 5: Guardians, which also benefit from the enhancement and extra detail. Frame-rates are slick and the overall experience much smoother, which is impressive given these are titles that already looked pretty stellar to begin with. A real effort has been made in particular with Xbox’s exclusive library, so expect these particular experiences (along with Killer Instinct) to pop bigger and wow you more than others.

“The smoothness, the quickness and the little details are still apparent, even when playing less “visually intensive” experiences…”

Playing on a 4K TV is the best way to make the most out of the Xbox One X in this regard, but that’s not to say that the improvements aren’t noticeable on non-4K TVs. The smoothness, the quickness and the little details are still apparent, even when playing less “visually intensive” experiences such as Fortnite, PUBG or Hand of Fate 2. All these games benefit from the upgrade, making for an experience that flows better from the moment you boot up the console for the first time through to the fifth hour of an intense multiplayer gaming session.

The down-side is that the enhancements are really going to vary depending on the developer and how much effort they put into it. Some experiences only have minor graphical improvements or slightly quicker loading times, but I’m definitely hoping that more jump on board to make the most out of the hardware. There are some huge first-party exclusive titles coming out this year alone for Xbox One that are going to receive a huge benefit from the extra horsepower, like the pirate-filled always-online Sea of Thieves and the processing power intensive Crackdown 3 which will feature absolute environment destruction on a city-wide scale. 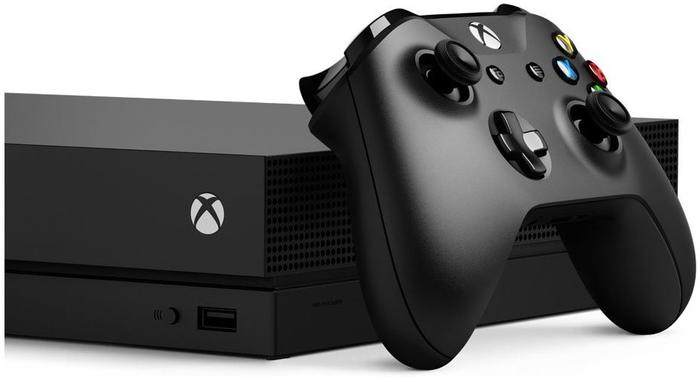 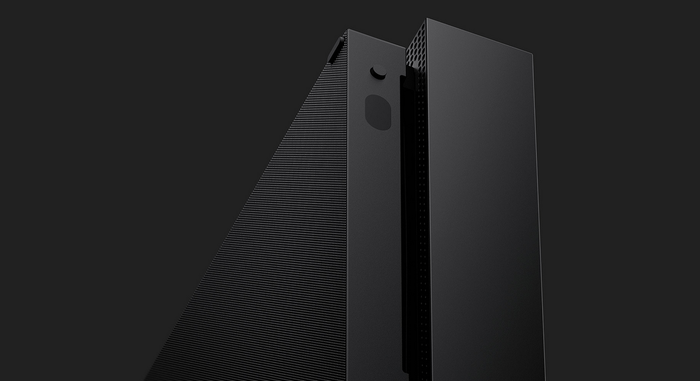 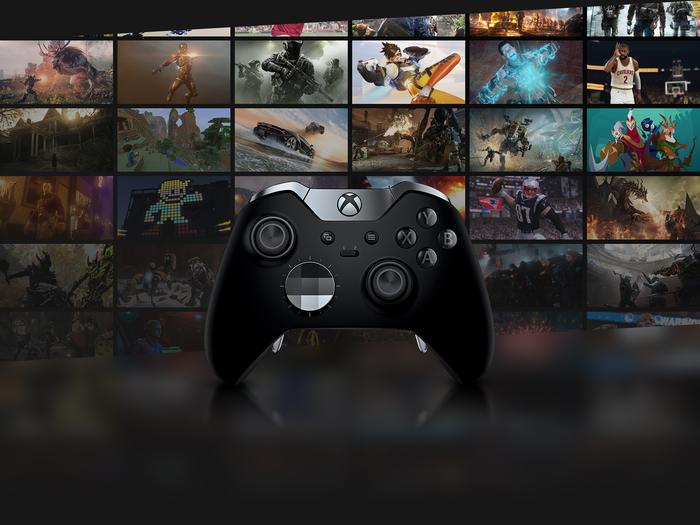 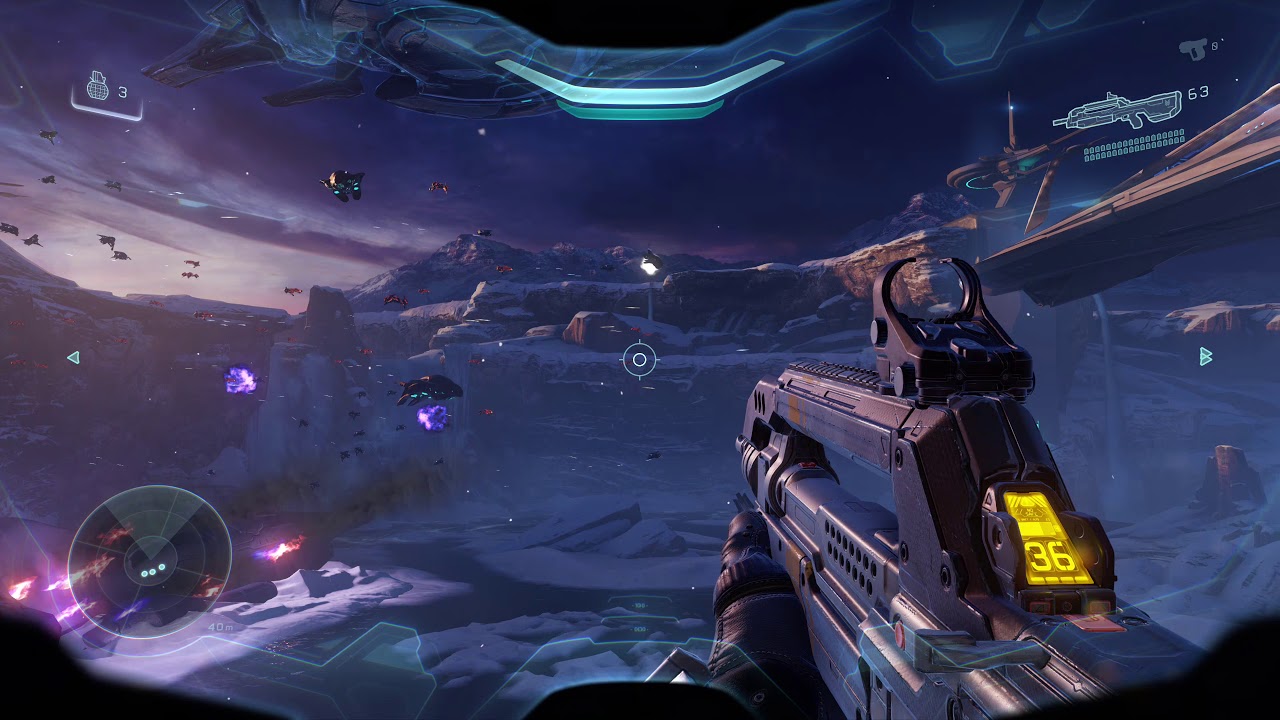 With some very large 4K Xbox One X enhanced titles, the 1TB hard drive could stand to be a little bit bigger. It didn’t take long for mine to fill up, with some games like Forza Motorsport 7 coming in at 95GB and the 4K video-filled Quantum Break at 178GB. An external hard-drive again is going to be the recommended option for anyone who games seriously, so it would have been nice if the space available was at least doubled.

Much like its predecessor the One S, the Xbox One X also is an appealing option for those who want to use it as more of an overall entertainment unit. It has an ultra-HD Blu-ray drive and Dolby Atmos audio support, along with the ability to play 4K movies off of physical media. With all the important streaming apps also available for download easily such as Netflix and the WWE Network, arguments can be made that you could do away with other pesky devices you’ve had to use previously given the upgrade in visual fidelity.

At $649, I wouldn’t say the Xbox One X is a particularly easy sell for people who just want to jump in and play some video games. It is undoubtedly an impressive machine and completely worth the cost when it comes to experiencing top-level AAA experiences in the absolute best quality possible, which means anyone who considers themselves more than a “casual” gamer should definitely consider it. The exclusives currently available and the ones coming in 2018 make it an easy recommendation if you have a 4K TV that can make the most out of it, and the differences between the original Xbox One (released over 4 years ago now) and the Xbox One X are definitely noticeable on a core level.

If you aren’t fussed on the visual upgrades then this might not be worth the update right now, but then I don’t think the console was made for you. If you value your video games and want them to look and play at the most optimum level they can possibly be played, make some room in your gaming setup for the most powerful console on the market.