Digimon or Pokémon?  To the layman, they could seem interchangeable depending on which collectable monsters you like the best.  I was one of those laymen, that was at least until I played the first Digimon Story: Cyber Sleuth game, and then watched some of the anime with my partner (who adores Digimon and grew up watching it).  This showed me how vastly different the series actually are, even if the premise seems similar at its core. Each Digimon is its own character with a unique personality and the very first choice of the game asks you which of 3 trapped Digimon to choose as your starter.

Let’s back up a second – what is Digimon Story: Cyber Sleuth – Hacker’s Memory?  Essentially you play as a low level hacker, self-described as a mere side-character in a much larger story.  Obviously he grows into his own place as the story progresses, but starting out does make you feel like a lackey to more important people. There is an online virtual reality world called EDEN and almost everyone has their own account and avatar.  Hypothetically you can explore EDEN freely as a citizen, meet up with friends, and really immerse yourself into the digital world.  In practice, the game is a lot more limiting but I’ll expand on that later.  The main character has had his account hacked and stolen, and is on a mission to get it back but first he needs some help.  Here enters Hudie, a group of up and coming hackers with the ultimate goal of protecting EDEN from less savoury characters using their elite hacking skills and Digimon.

Now, what are Digimon?  Basically, they are sentient programs from the Digital World which is bleeding into the real world.  Imagine a virus, but in the virtual world it appears as a giant demon, tearing down users and firewalls left right and centre.  The naming conventions are… basic to say the least.  I just encountered a little caterpillar-like Digimon on the run from a more powerful wasp-like Digimon.  The caterpillar’s name?  Wormmon.  The wasp?  …Waspmon.

Instead of tracking down wild creatures ala Pokémon, every time you encounter a Digimon you scan its data and add it to your database.  Once that data reaches 100% you can spawn that Digimon to use as your own in the DigiLab.   Think of the DigiLab as your one stop shop for everything to do with Digimon owning and raising – there’s the ability to heal your party to maximum health and power, a little farm for your extra Digimon to inhabit and gain experience, a portal to repeat dungeons you’ve explored in the past, and a multiplayer hub to battle other hackers online.

“The grind draws out the game unnecessarily, but I imagine that if collecting monsters is your jam then this wouldn’t be a bad thing.”

There is a whopping 336 Digimon to collect but truth be told, I don’t have the energy or time to dedicate to finding them all.  The characters and story are a lot more compelling this time around, and that is what is keeping me slogging through the boring grind.  If I could somehow play the game for just the story, I would be a lot happier.  At the moment I am gated by needing a specific Digimon with a specific skill in order to progress to the next area on a side quest.  Instead of going to look for that Digimon, I would rather just skip the quest entirely and move on to more interesting content.  The grind draws out the game unnecessarily, but I imagine that if collecting monsters is your jam then this wouldn’t be a bad thing.

One of the problems with Digimon Story: Cyber Sleuth – Hacker’s Memory is that it reuses entire environments from its predecessor.  Spent 50 hours grinding for Digimon data in Kowloon in the first game?  Expect to do it aaaall over again in Hacker’s Memory.  The graphics and user interface are exactly the same too.  It leaves Hacker’s Memory not feeling like a true sequel.  Apart from the expanded library of Digimon to collect, nothing feels new.  As someone that plays each new iteration of Pokémon this isn’t a huge problem, but if you’re looking for something new and have played the original, then Hacker’s Memory will leave you wanting a change of scenery.

Every now and then there will be a palette swap from the usual blue to orange or purple, but that’s about it in regards to environment changes.  There was clearly no effort put into changing or evolving design elements of the game, which is a huge let down.  Even the item descriptions are the same, which leads to a bit of a disconnect where one item references a character and moment from the previous game that the new protagonist knows nothing about.

There’s nothing… challenging about this game, technically.  It doesn’t push the boundaries of the PlayStation 4 even a little.  The fact that it was released on the PS Vita too further reinforces that point.  It’s not ugly per say, but it doesn’t make the most of the hardware it’s released on.  It could easily be a PlayStation 3 release and not look any different.  Don’t get me wrong, I don’t think a game should be a graphical masterpiece to be good, but it just feels like a wasted opportunity.  The areas are small winding corridors that take maybe 20 seconds to traverse before hitting a black screen to the next area.  There’s no real open world exploration like in Pokémon and I feel like it suffers for that.

In the story, EDEN is this vast virtual reality where people can lose many hours at a time exploring and socialising, but the way it’s represented in game is a let down.  Small areas with maybe 4 or 5 generic NPCs with 1 or 2 lines of dialogue each.   It’s quite immersion breaking for me, and I think that if they weren’t gunning for a Vita release along side, they could’ve spent a lot more time and money making the game feel more natural, populated, and exciting. 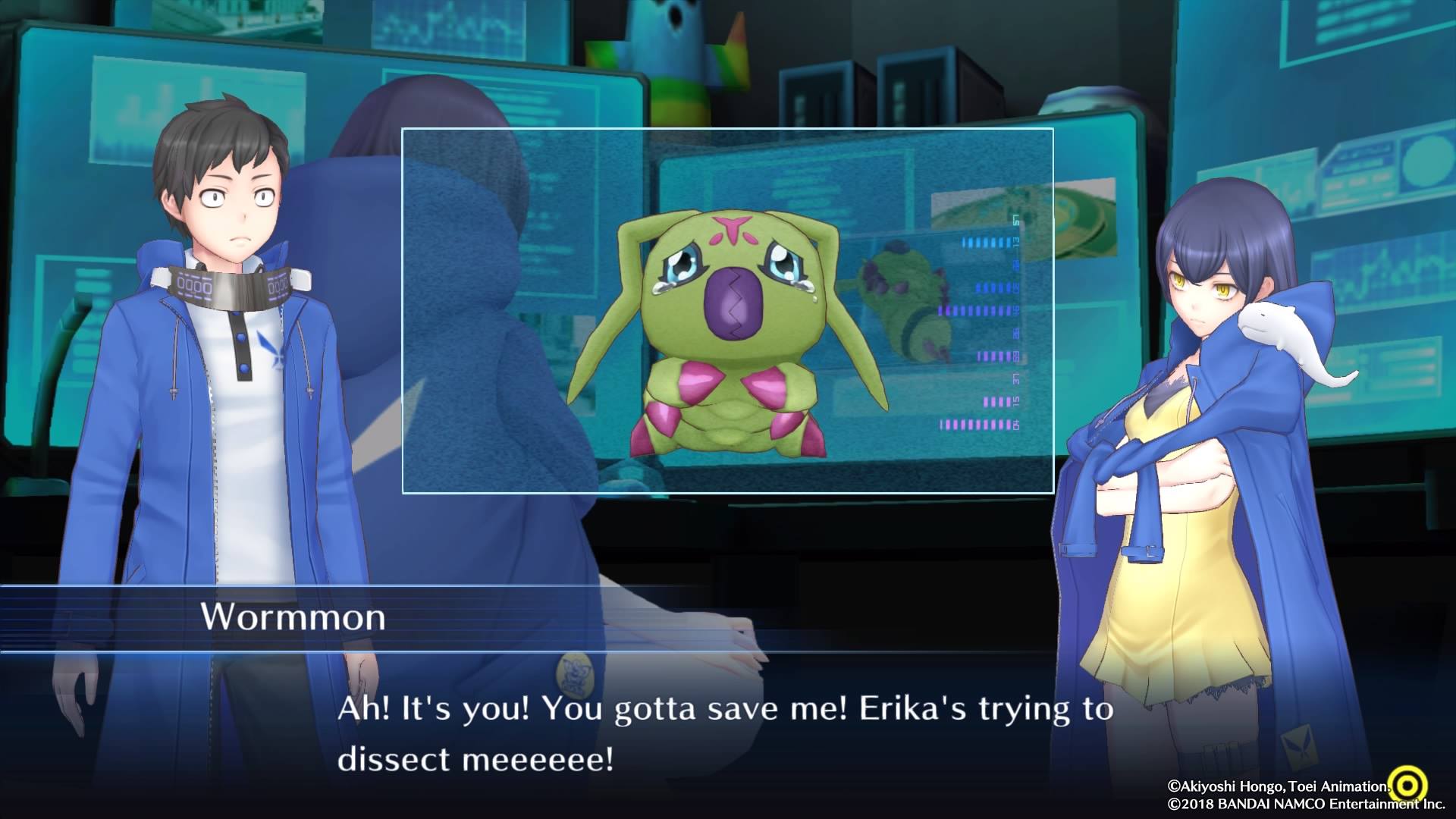 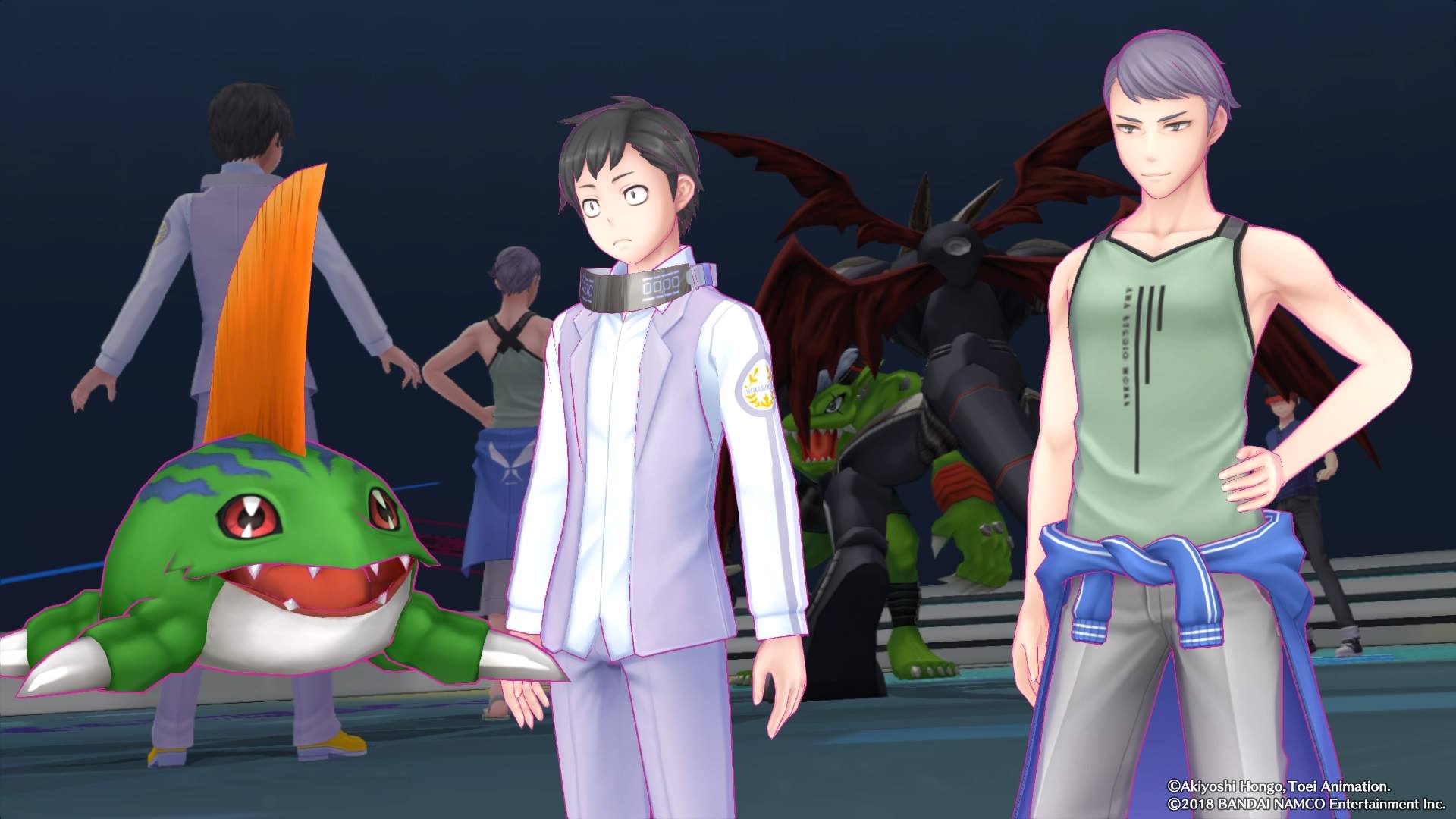 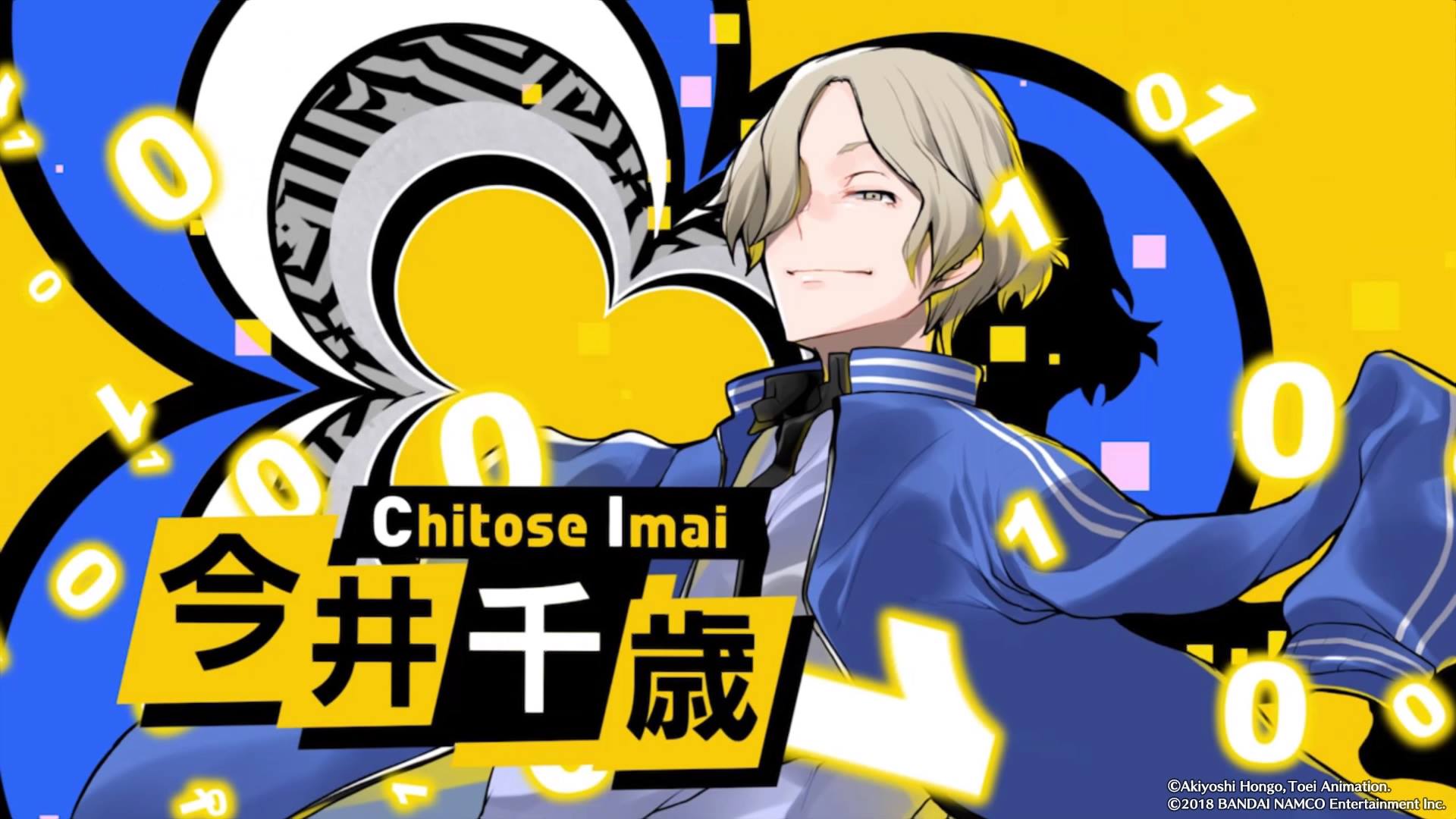 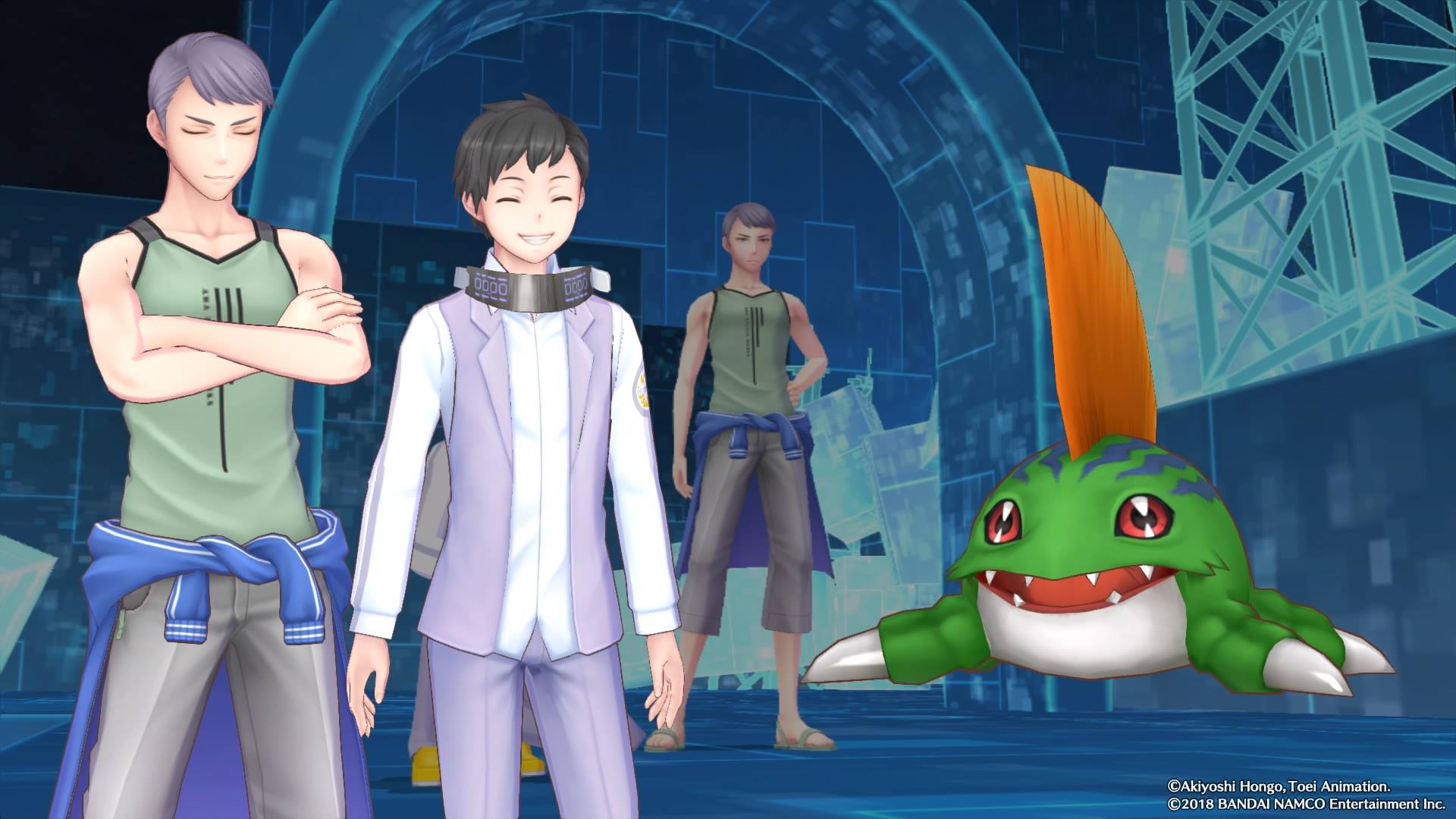 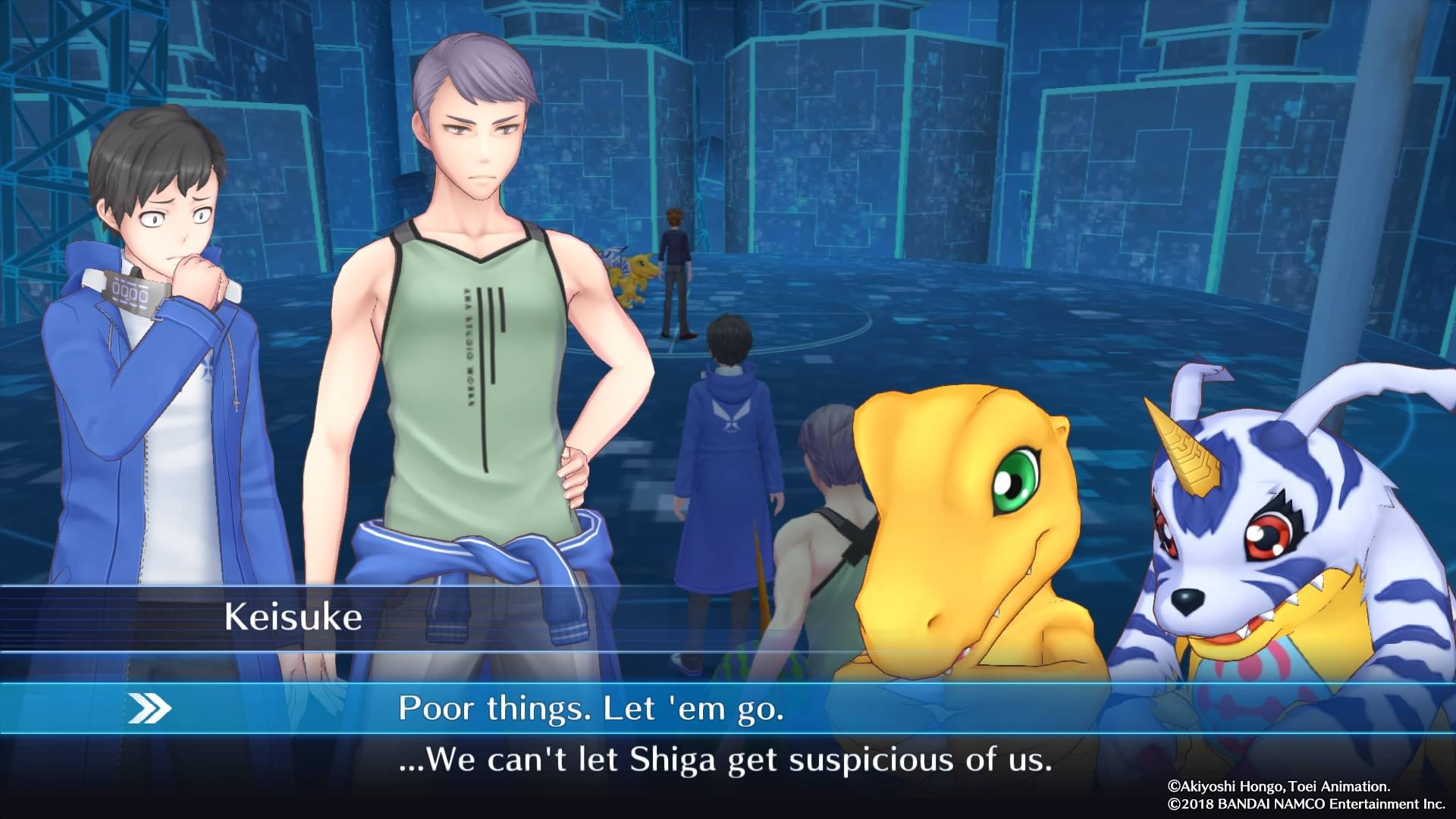 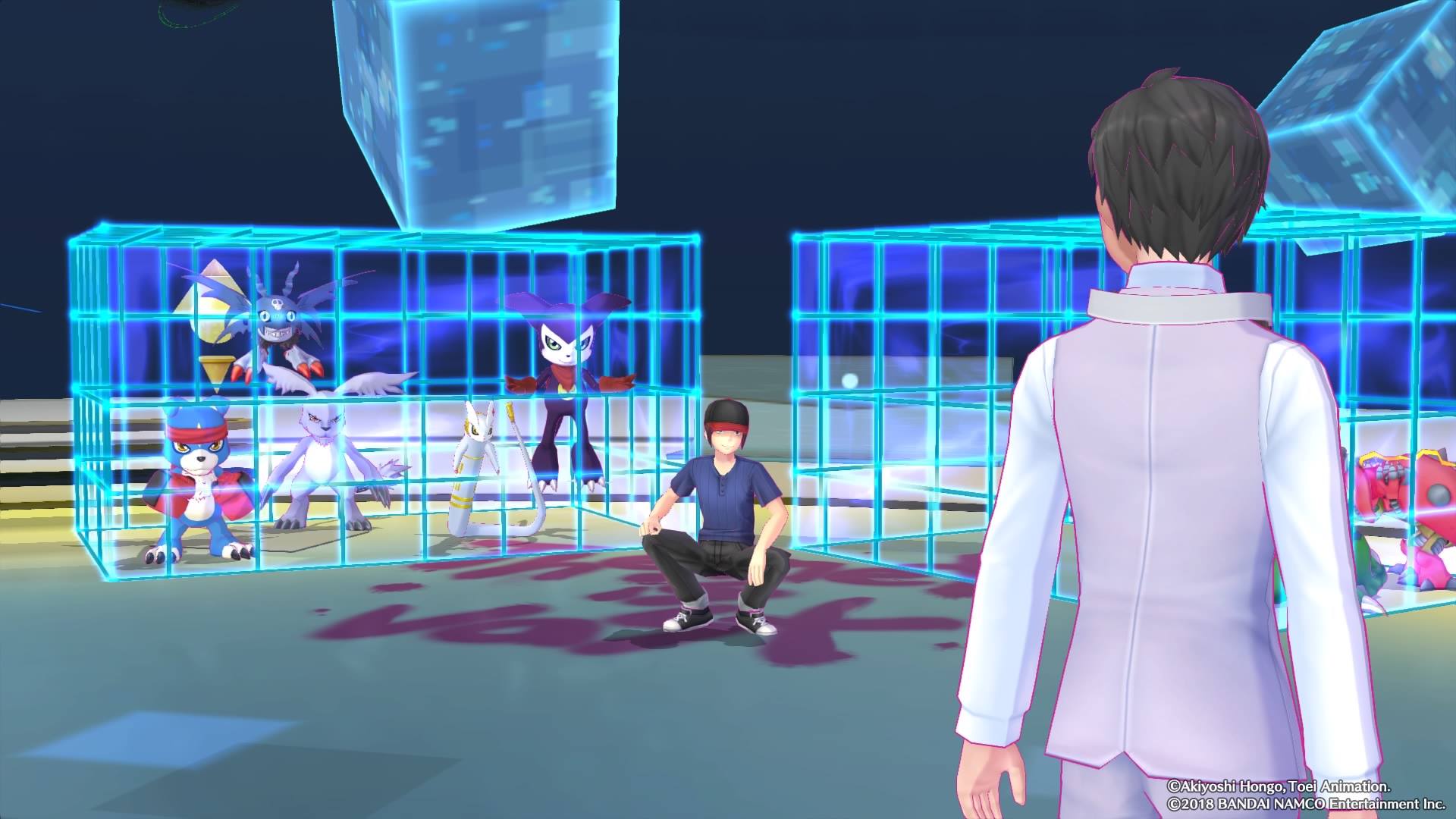 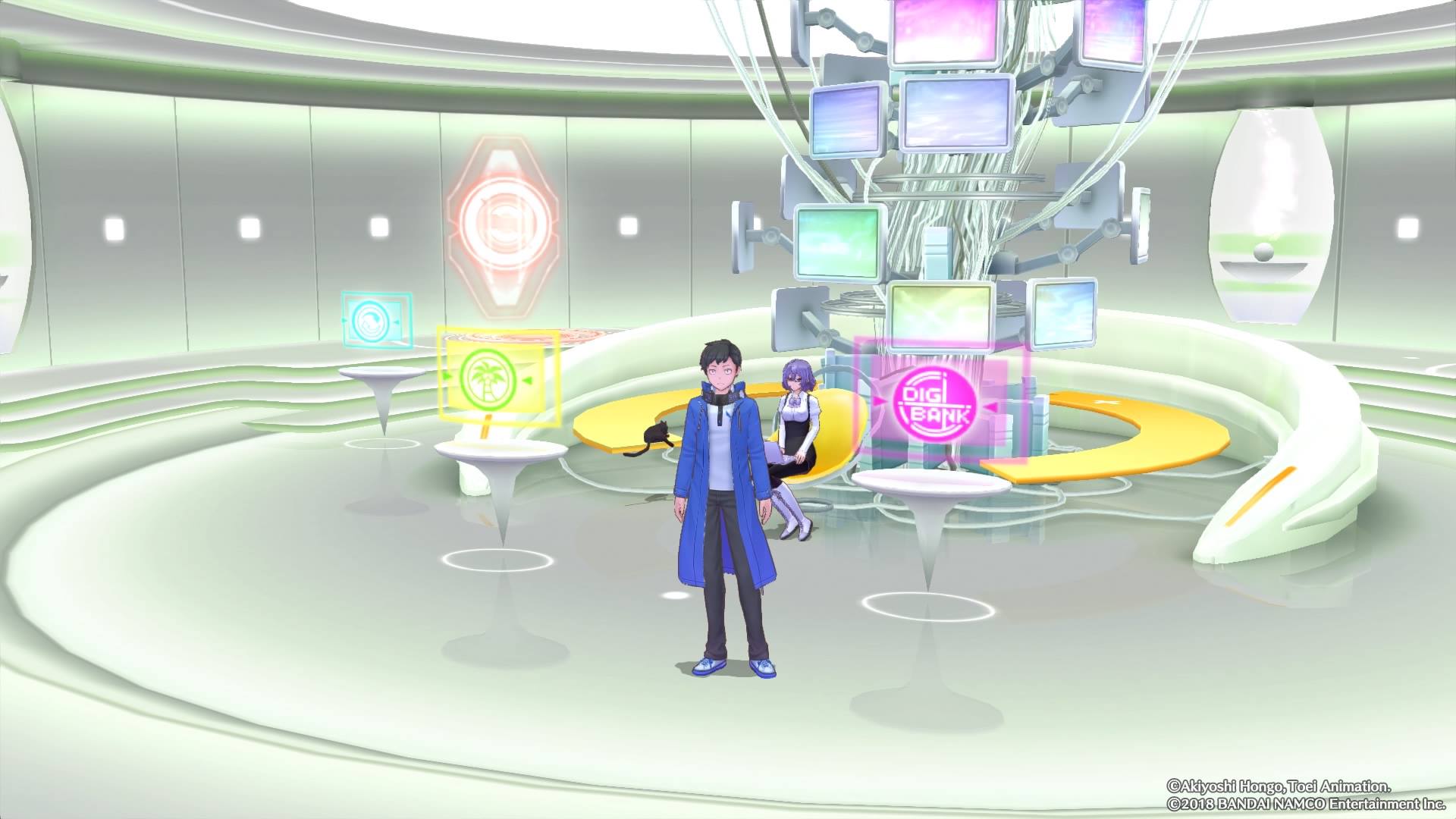 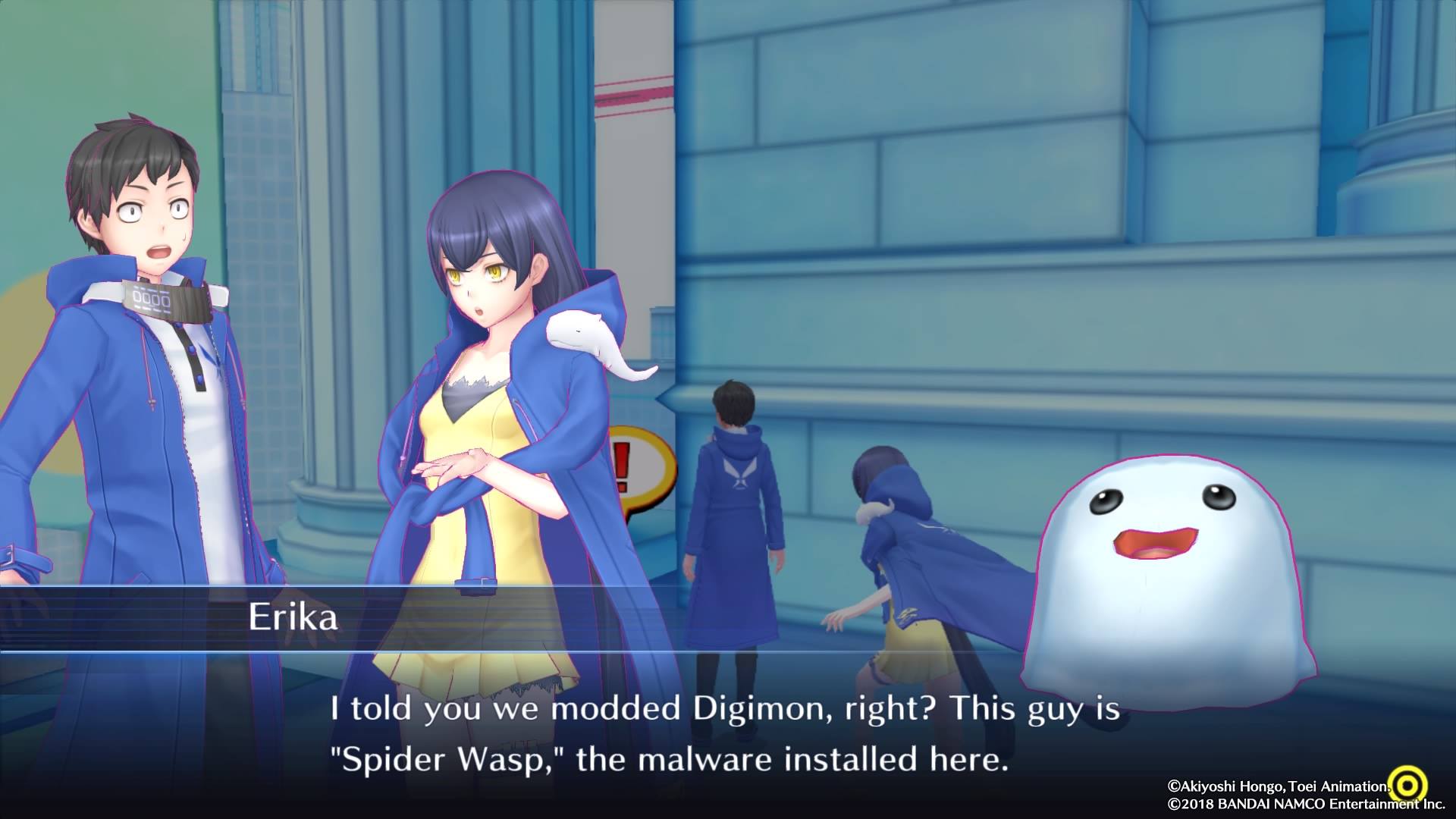 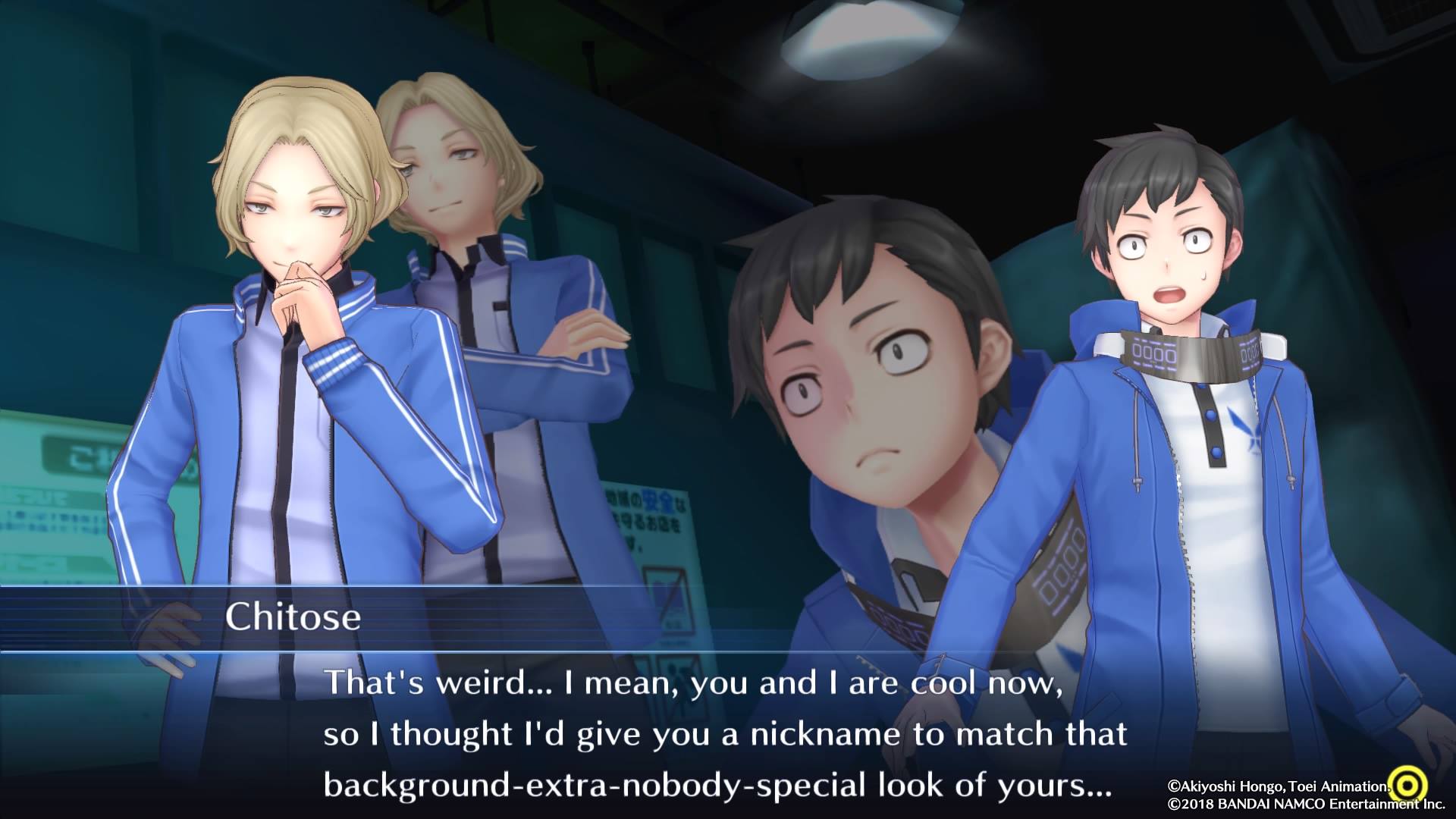 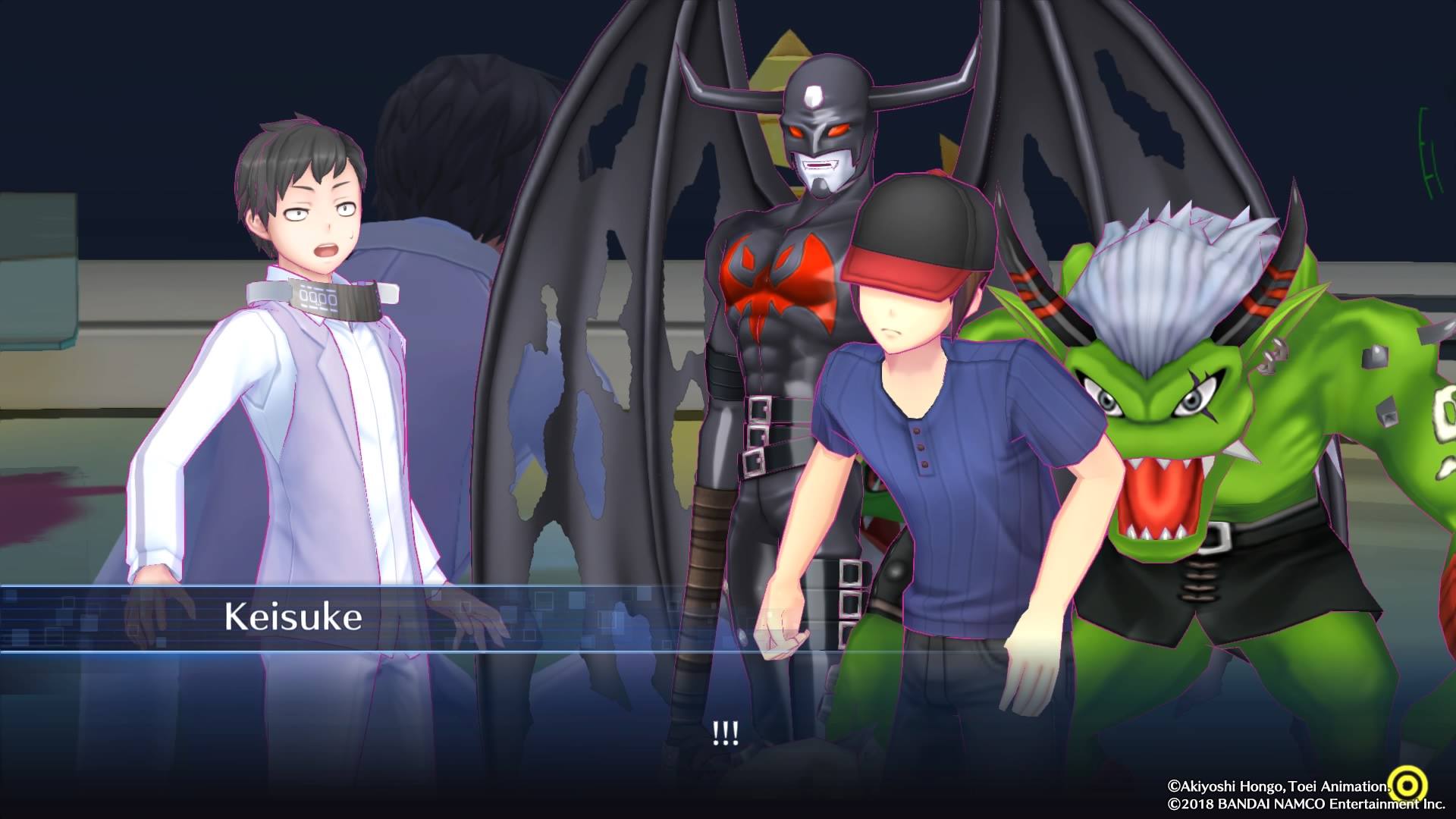 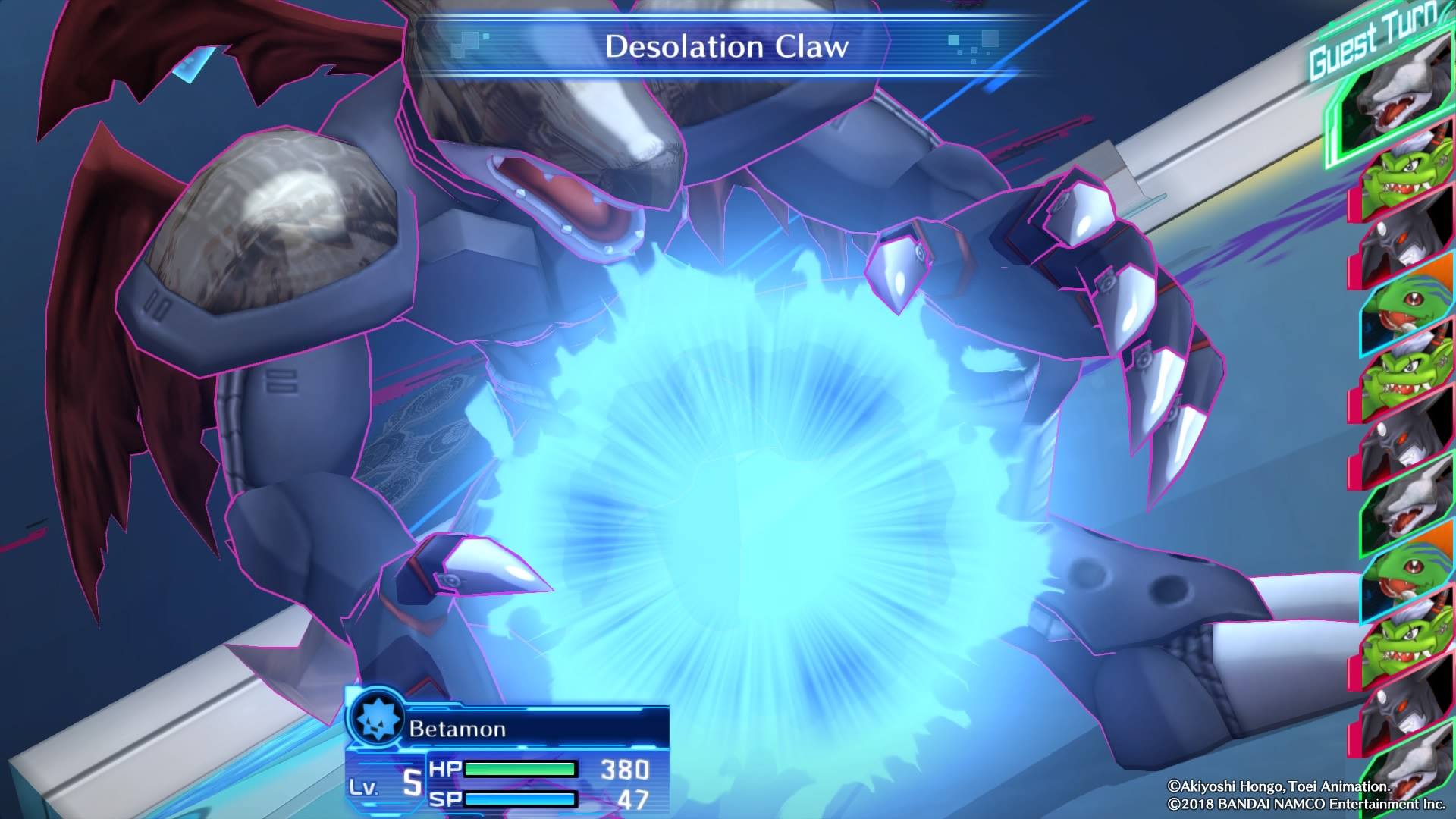 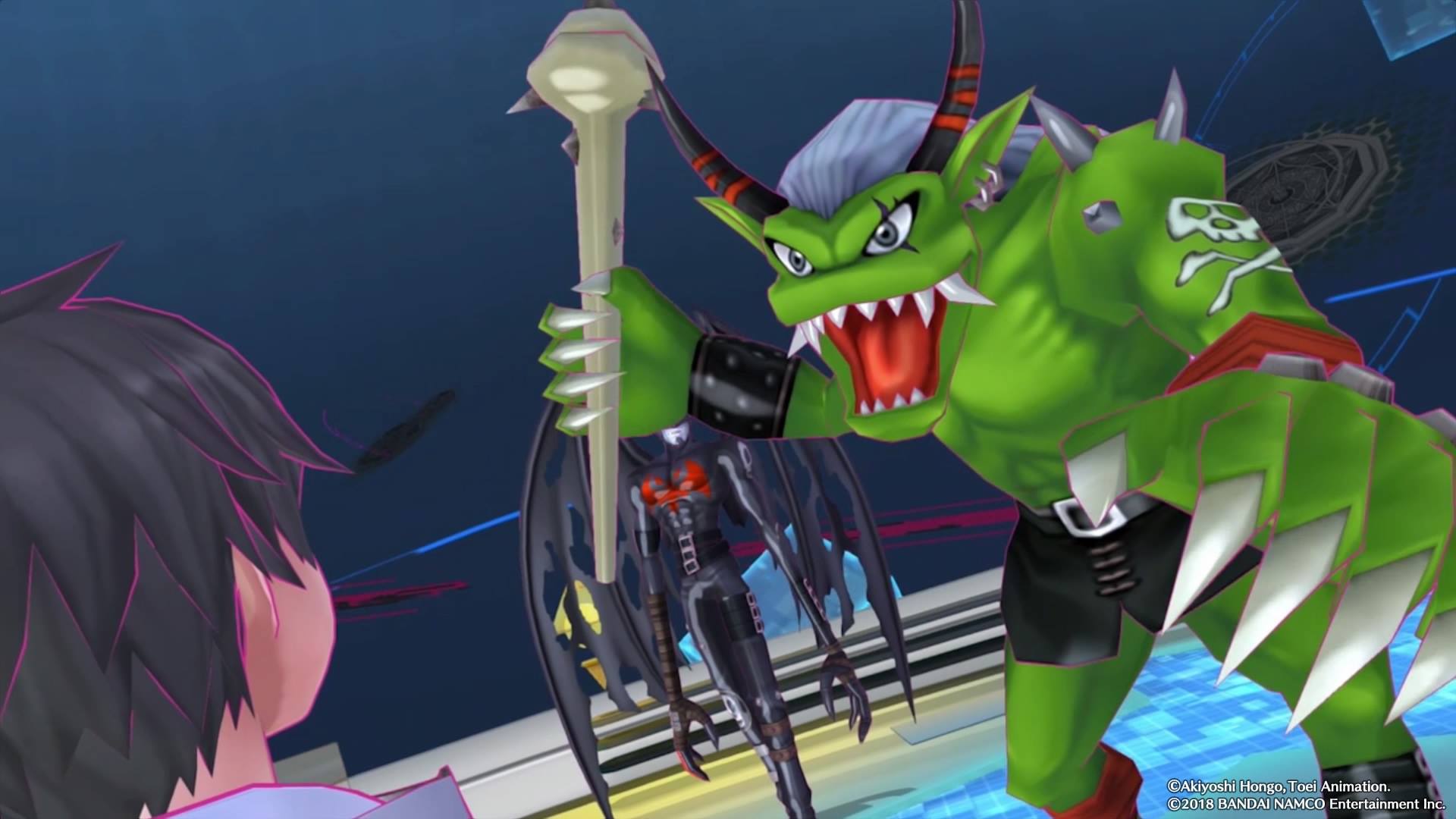 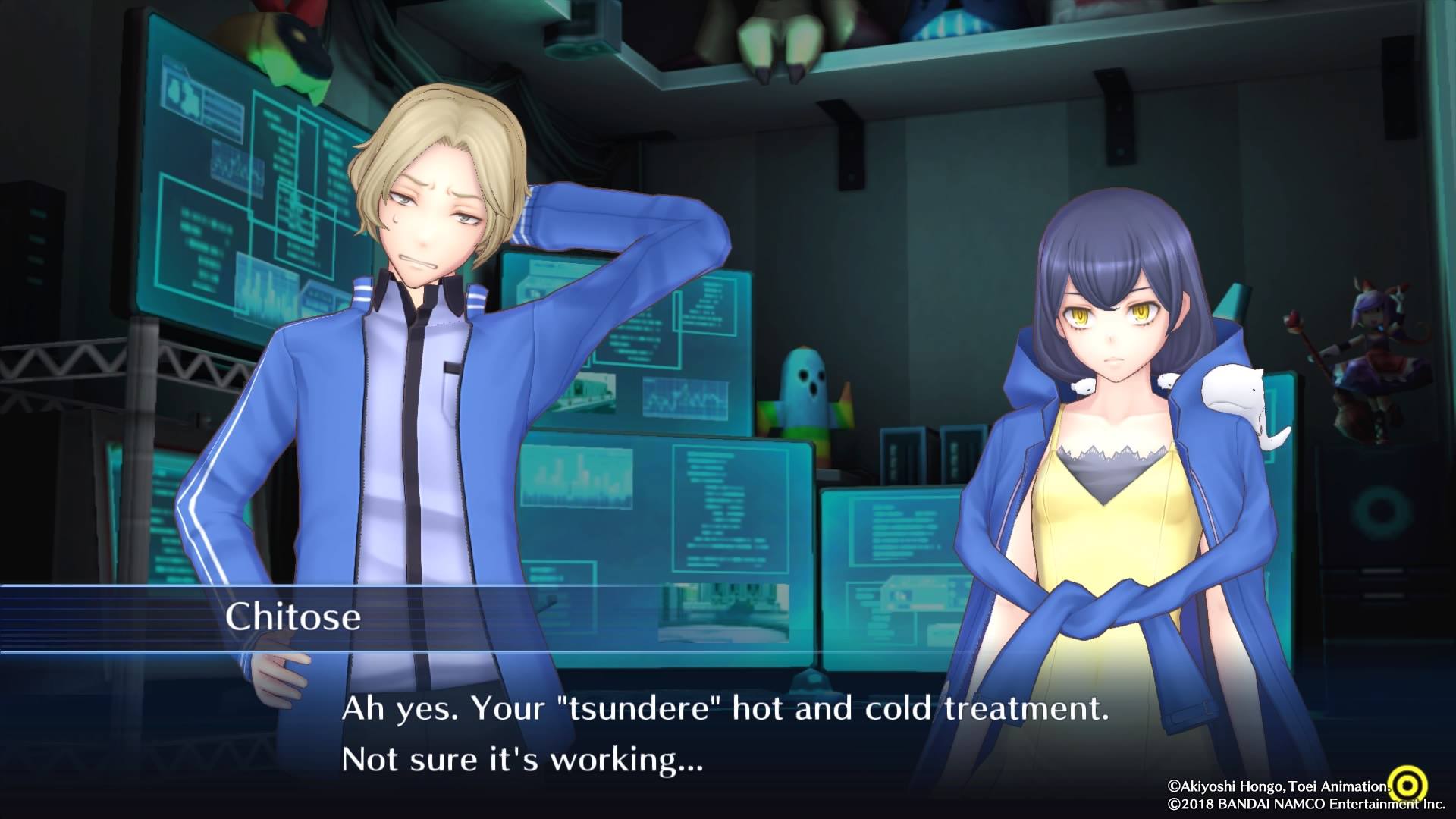 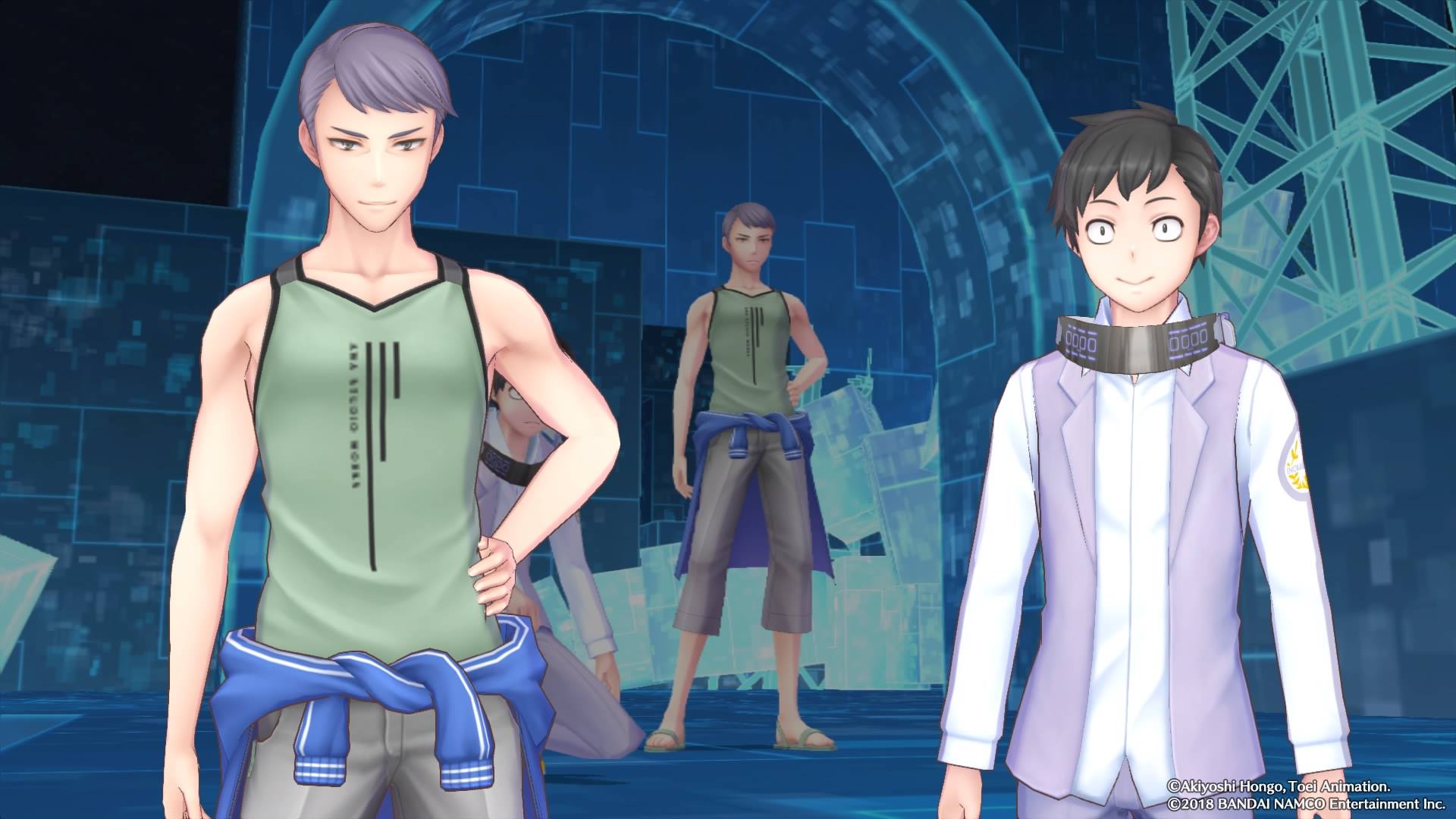 Though Hacker’s Memory is painfully similar to the original Cyber Sleuth game, it does have a handful of quality of life improvements.  The cutscenes are more frequent and better animated.  There have been some interesting hacking skills introduced to make your game time easier.  You can reduce the number of random encounters, speed up your character’s movement to make traversing Kowloon (and the subsequent Digimon grinding) faster.  There are Tamers placed throughout who function similarly to the trainers in Pokémon – an NPC with multiple Digimon to fight in a battle slightly harder than a random encounter.  There are also more collectables – although that’s really up to you as to whether you consider that a good thing!

Digimon Story: Cyber Sleuth – Hacker’s Memory is less of a sequel and more of a concurrent game to the original Cyber Sleuth.  With a story that runs alongside, graphics and gameplay that feel exactly the same, and very few new additions apart from an extra 80-odd Digimon, don’t go into this expecting something that’s going to blow your mind.  If you enjoyed the first Cyber Sleuth game and aren’t easily bored by the seemingly endless grind associated with collect-a-thon games like this, then you won’t be disappointed.  But can I recommend this to someone that hasn’t played the original?  I don’t know.  So much of this tips its hat to Cyber Sleuth that I feel like you’d be missing out on almost half a storyline.

When not curled up binge-watching TV shows with her cat, Jen spends her time playing ridiculous online games with her friends and playing collect-'em-all with her Steam and PlayStation Vita libraries.